From Wonder Woman: Bloodlines to Captain MArvel, here are the best female-led superhero movies (ranked by their IMDb scores).

You Are Reading :10 Best FemaleLed Superhero Movies According To IMDb 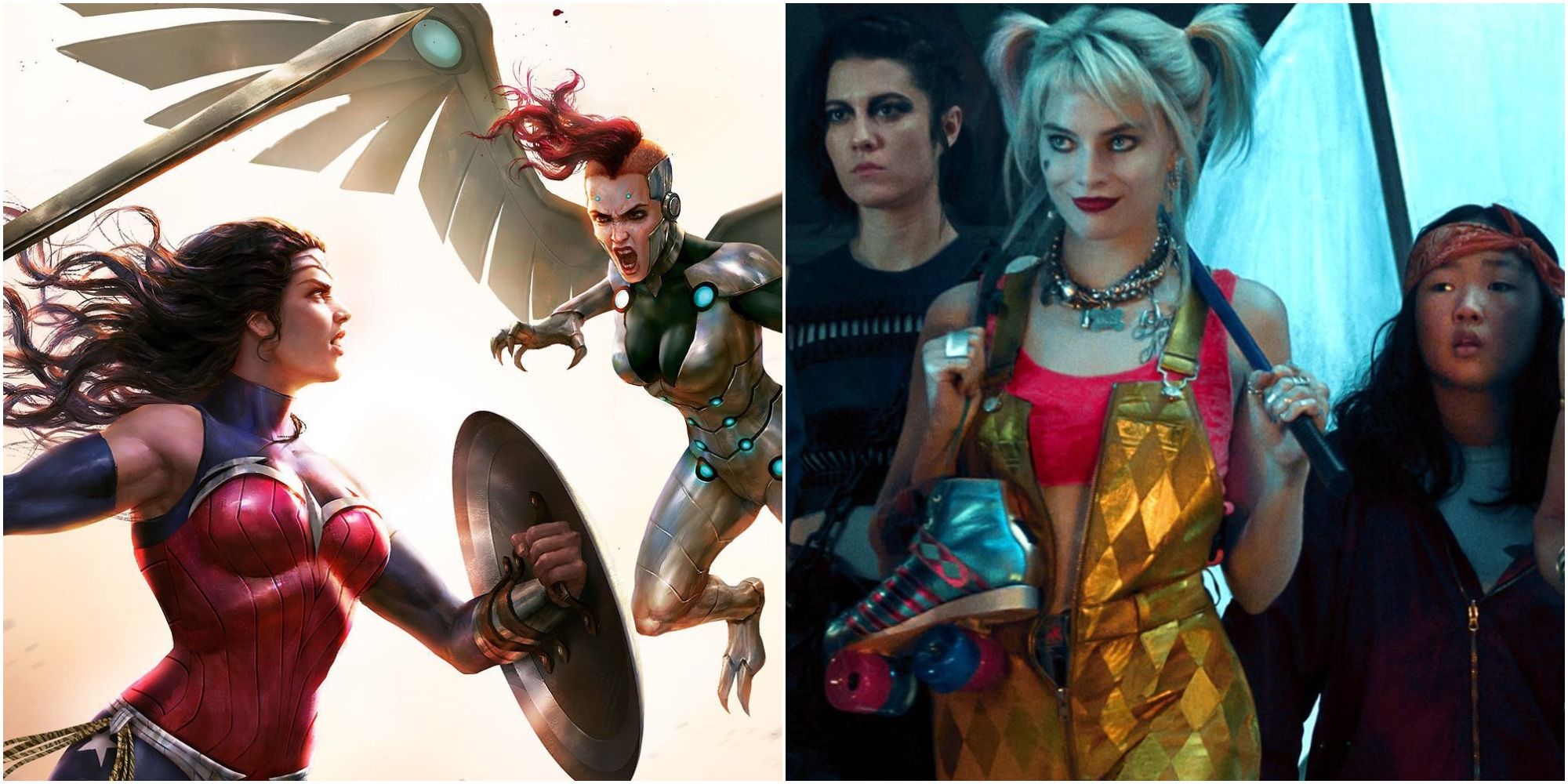 There’s no denying that when it comes to superhero movies, most of them focus on male characters. Superman, for instance, has a bunch of different silver screen adaptations, whereas the women of the comic book world struggle to get one.

However, things have started to change in that regard, as every year, more and more female heroes are getting their own movies. And at this point, there are a bunch of female-led superhero movies out there. Yet, the quality of them varies as some are certainly better than others. According to IMDb, these are the absolute best. 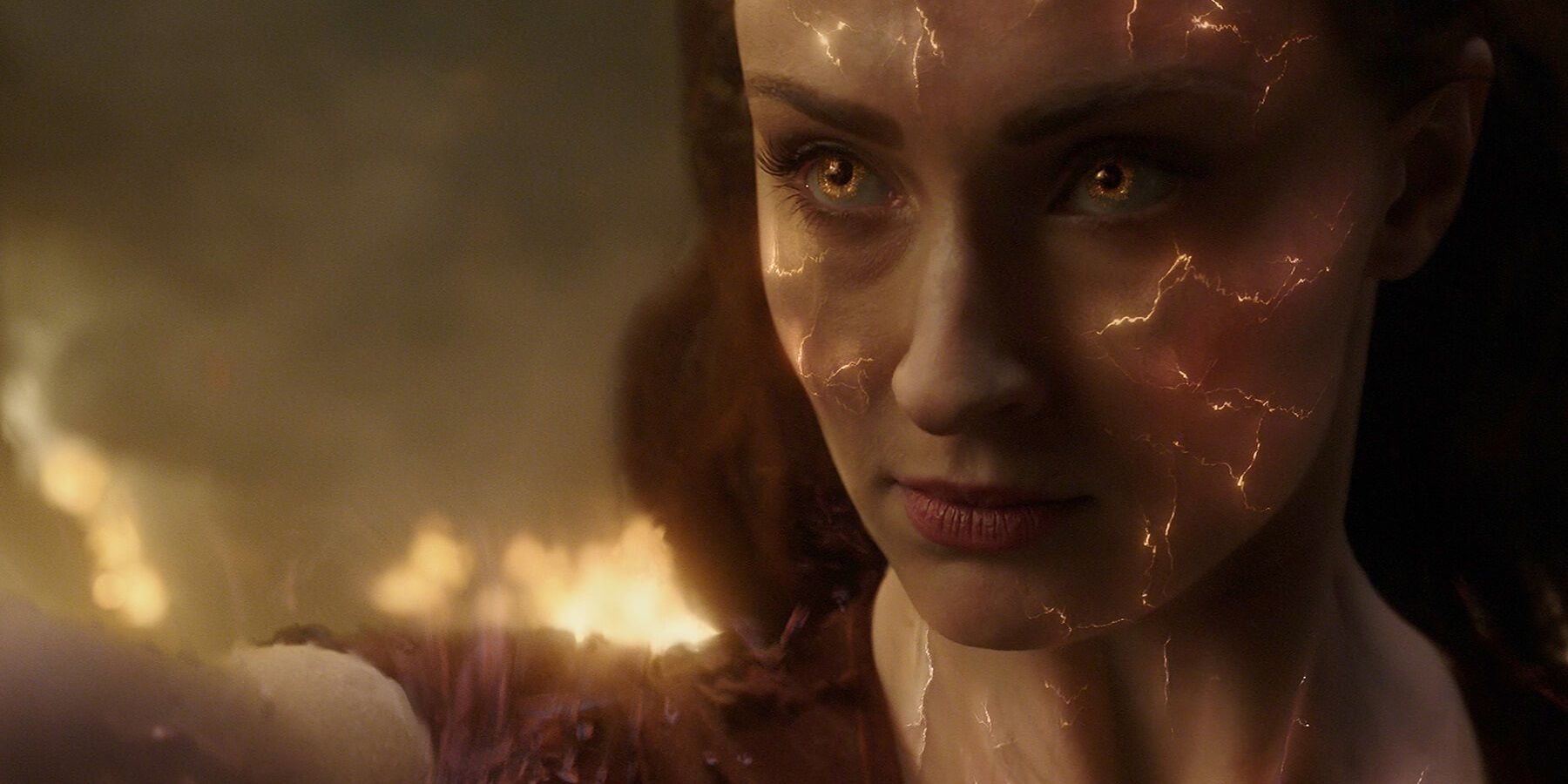 While this movie also features males in lead roles, the whole story revolves around Jean Grey. It starts with her getting hit by a piece of energy that heavily boosts her telepathic and telekinetic abilities. The newfound power quickly corrupts her, and she becomes a threat to all of humanity. It’s up to the X-Men to stop her.

Despite being based on an extremely popular comic storyline and having a great cast, including the likes of Sophie Turner, James McAvoy, and Michael Fassbender, the movie is pretty average. However, it’s not all bad as it has some visually stunning set-pieces. Plus, a few members of the cast overachieve with what they’re given. 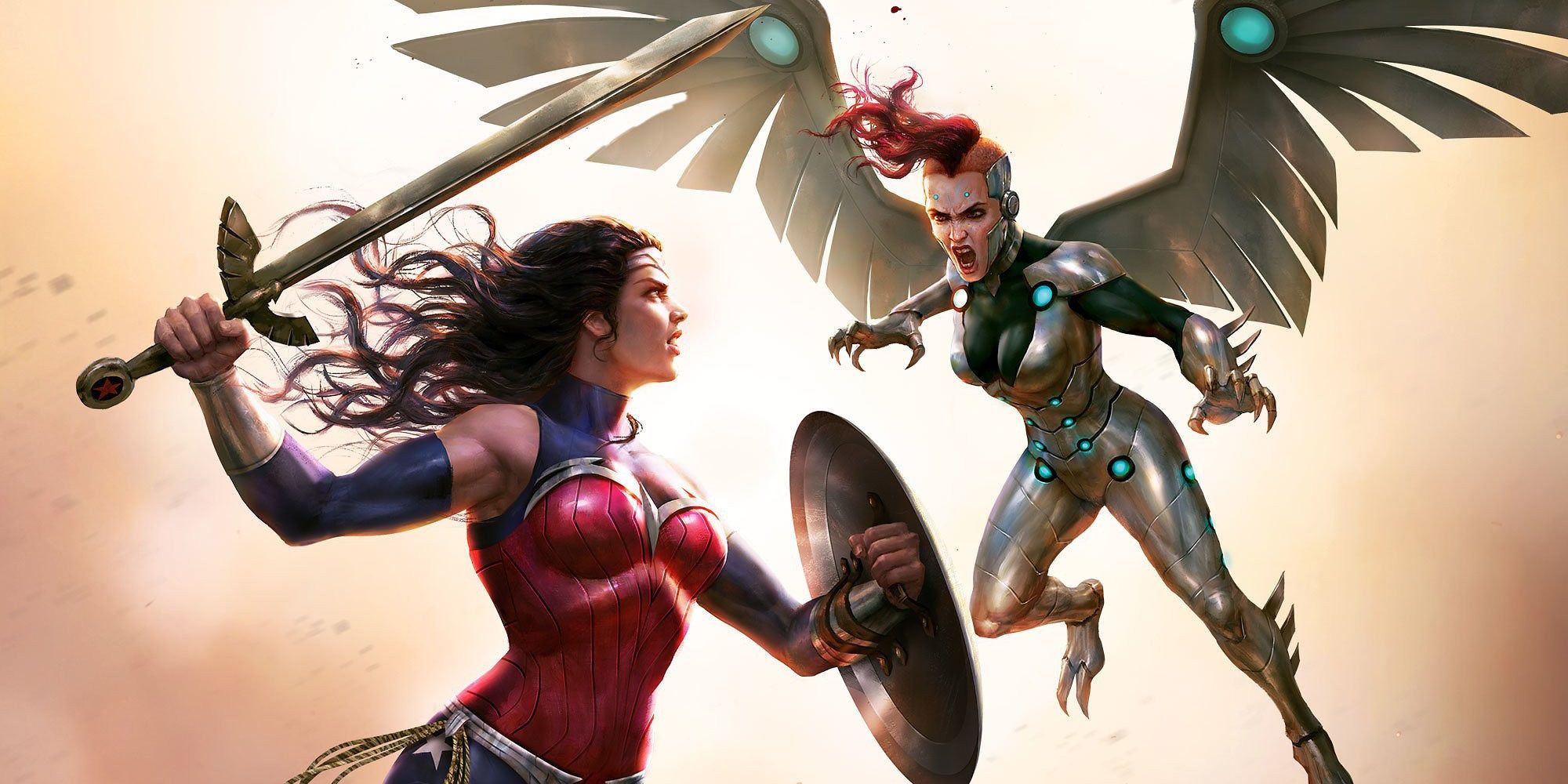 The DC animated movies are known for their beautiful visuals and strong vocal performances. This Wonder Woman film is no different in that regard, though it’s not DC’s best animated adventure.

In it, the titular hero comes up against the aptly named Villainy Inc., who have convinced a young girl to join their cause. Wonder Woman has to save her and put a stop to the evil organization’s plans. Rosario Dawson deserves plenty of credit for her great portrayal of the Amazonian heroine. 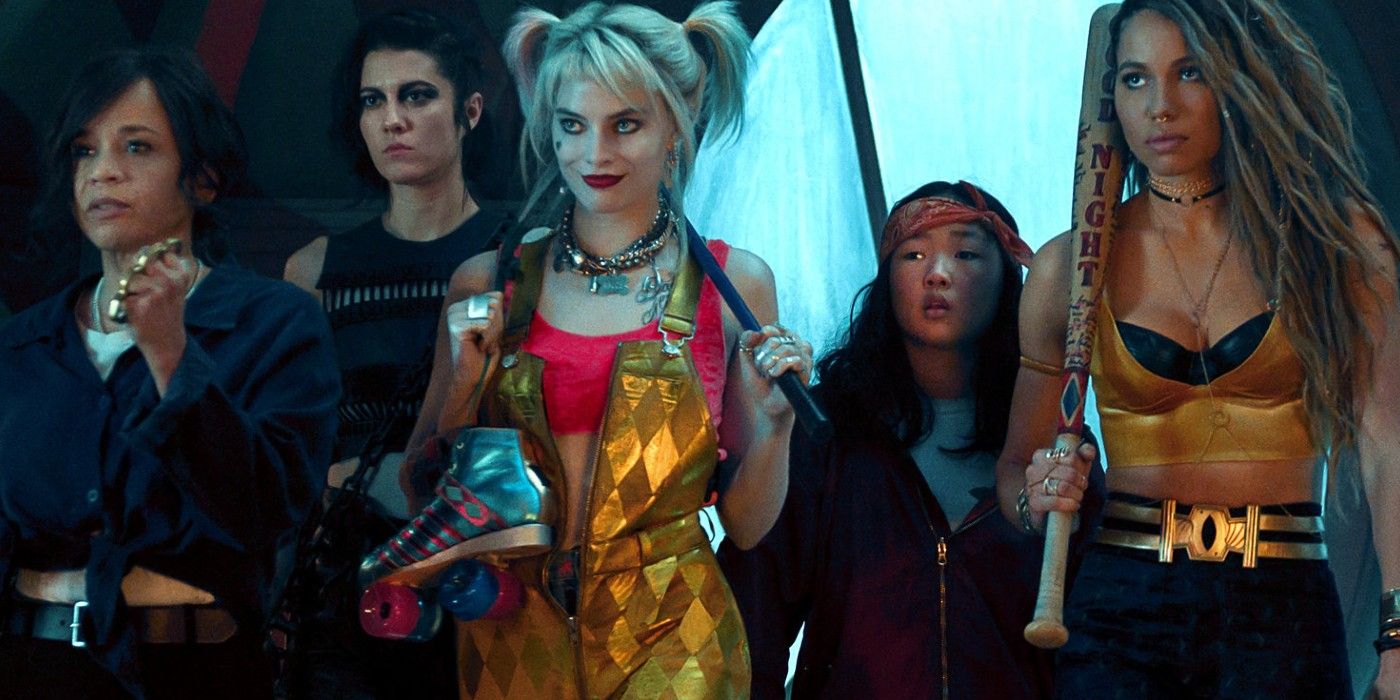 Margot Robbie stars in this film as the eccentric Harley Quinn, who’s getting over her break up with The Joker. She’s joined by a bunch of other powerful women, including Black Canary, The Huntress, and Renee Montoya. All of their lives intertwine after a young Cassandra Cain steals an important diamond from Roman Sionis.

While not a perfect movie, Birds of Prey is fun to watch due to it’s fast-paced and stylish action scenes. Not to mention Robbie is captivating as the Cupid of Crime. 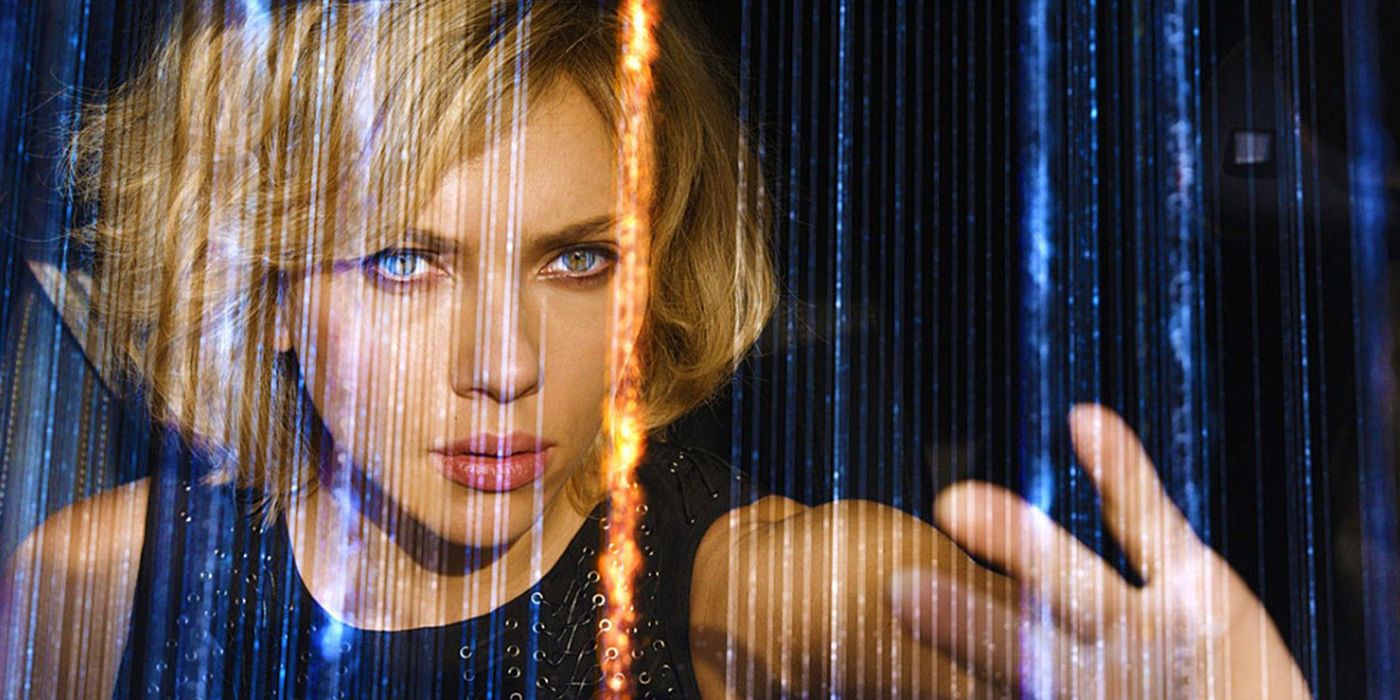 Lucy isn’t the first film to come to mind when thinking of superhero movies. But it’s a movie about a woman with superhuman powers who exacts revenge on those who wronged her, so it certainly fits into the genre.

The titular character doesn’t just spend the entire movie fighting, though. She also tries to understand her condition while both her physical and mental capabilities stretch far beyond human limitations. The science in the film is often criticized. Yet, it’s still an engaging adventure with a unique plot. Plus, it helps that Scarlett Johansson gives a typically stellar performance in the lead role. 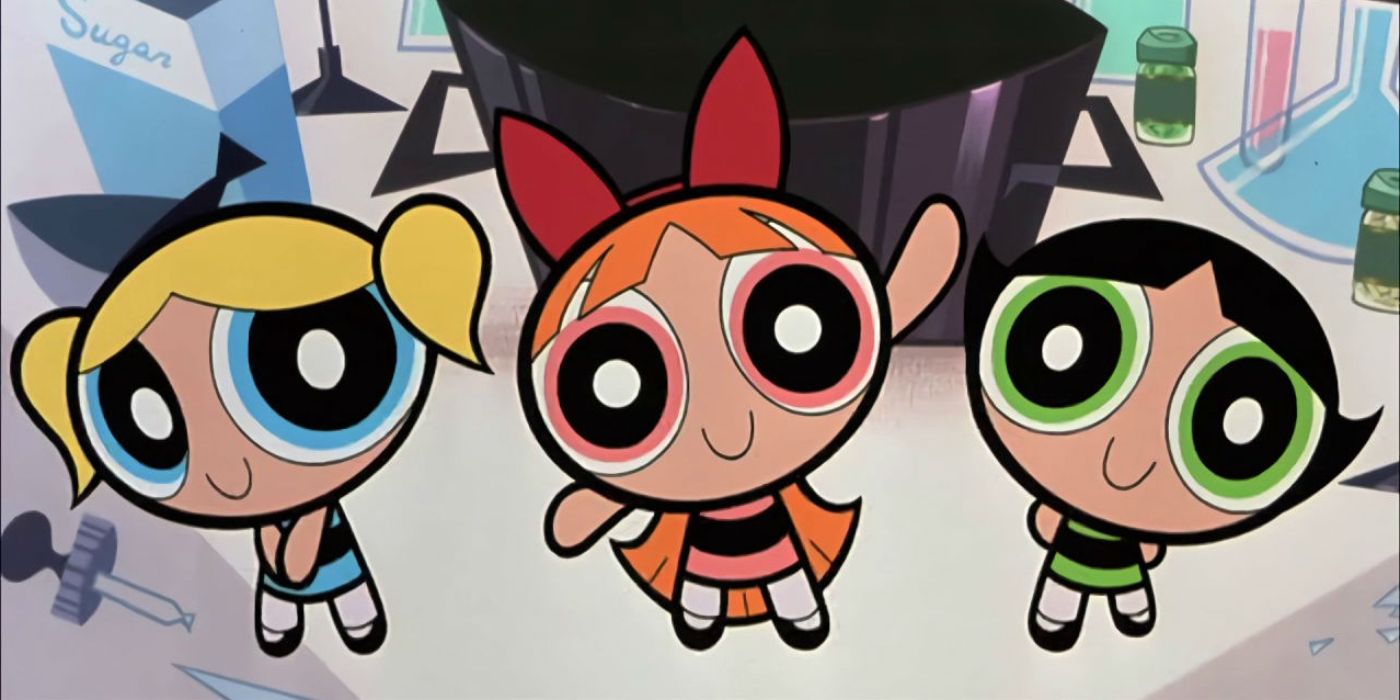 Blossom, Bubbles, and Buttercup are three of the most famous superheroes that didn’t originate from comics. And this movie is based on their classic Cartoon Network series.

It acts as the origin story for the girls, showing how they became the crime-fighting heroes they are in the show. The fight scenes are exciting, and the writing is witty. In fact, it just feels like an extended episode of the series instead of a movie. But that’s the way it should be as veering too far away from the source material could’ve alienated some fans. 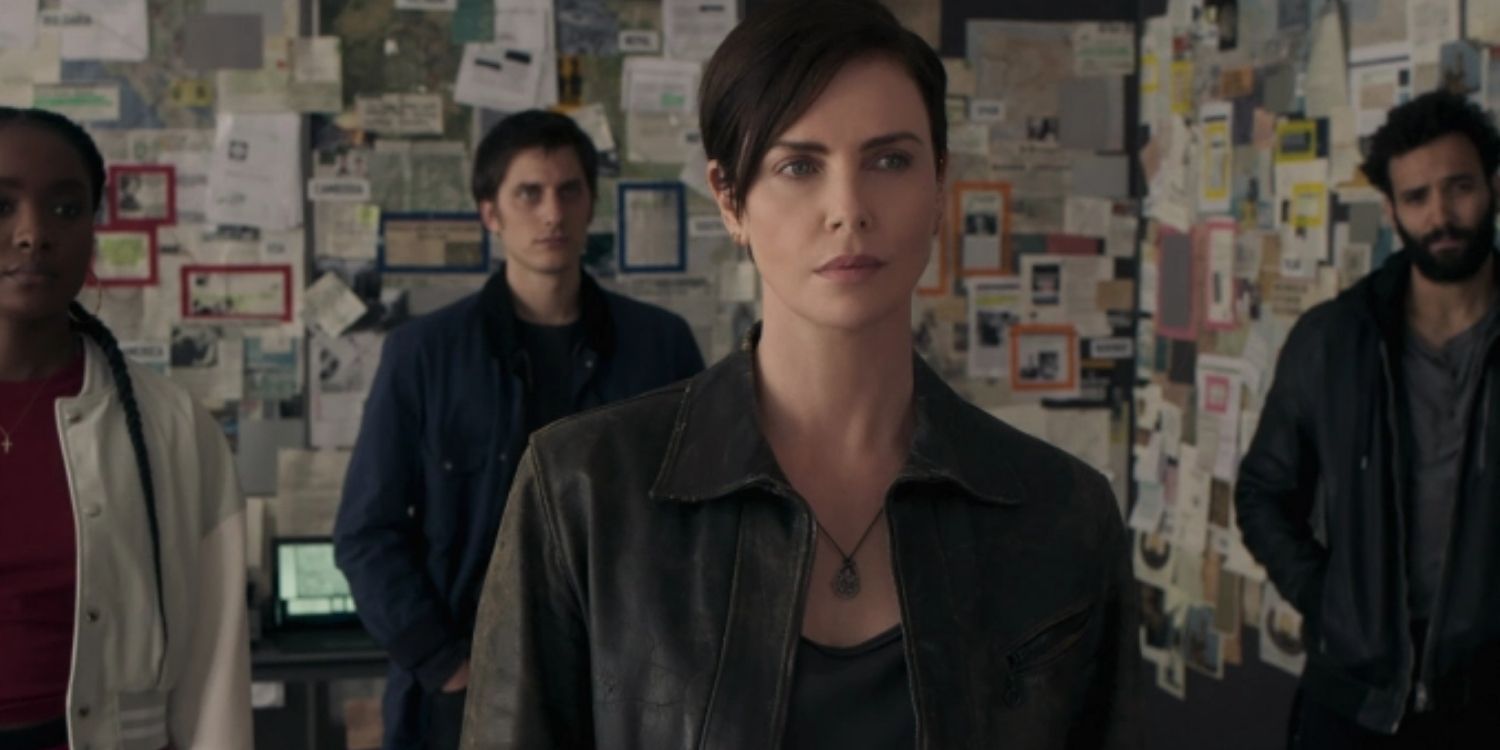 It’s questionable whether this film should be regarded as a superhero movie as its writer doesn’t think so, but it certainly fits enough of the conventions to be considered one. The film follows a team of mercenaries that all have the same power – they can’t die. Unfortunately for them, someone finds out about their secret talent, so they need to fight to protect their freedom.

Charlize Theron stars in the movie as one of the immortals, Andy. The actress excels in the role as she makes the character feel like a true badass. Along with having a great lead, the movie contains some thrilling action sequences, which all have an air of originality to them due to the main characters’ regeneration ability. 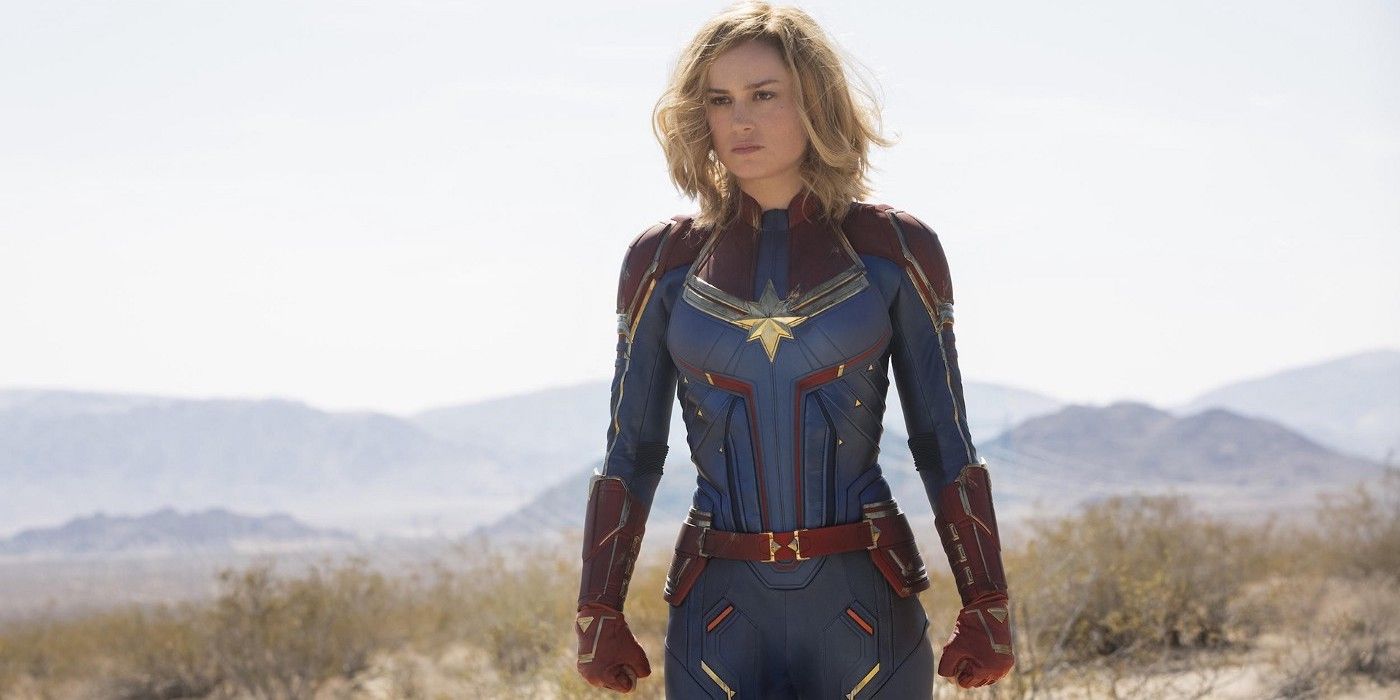 The MCU’s first-ever female solo movie is a solid outing. It recounts the origin story of one of Marvel’s strongest heroes, Captain Marvel. In the film, she crash-lands on Earth and slowly starts to recover her long lost memories. Meanwhile, a galactic war is happening between the Kree and the shapeshifting Skrulls.

As expected of an MCU flick, there’s an abundance of humor and well-crafted set-pieces. But this one also has a very intriguing plot that takes a couple of surprising turns. Also, Brie Larson is brilliant as the titular hero as she’s able to go from witty to serious at a moment’s notice. 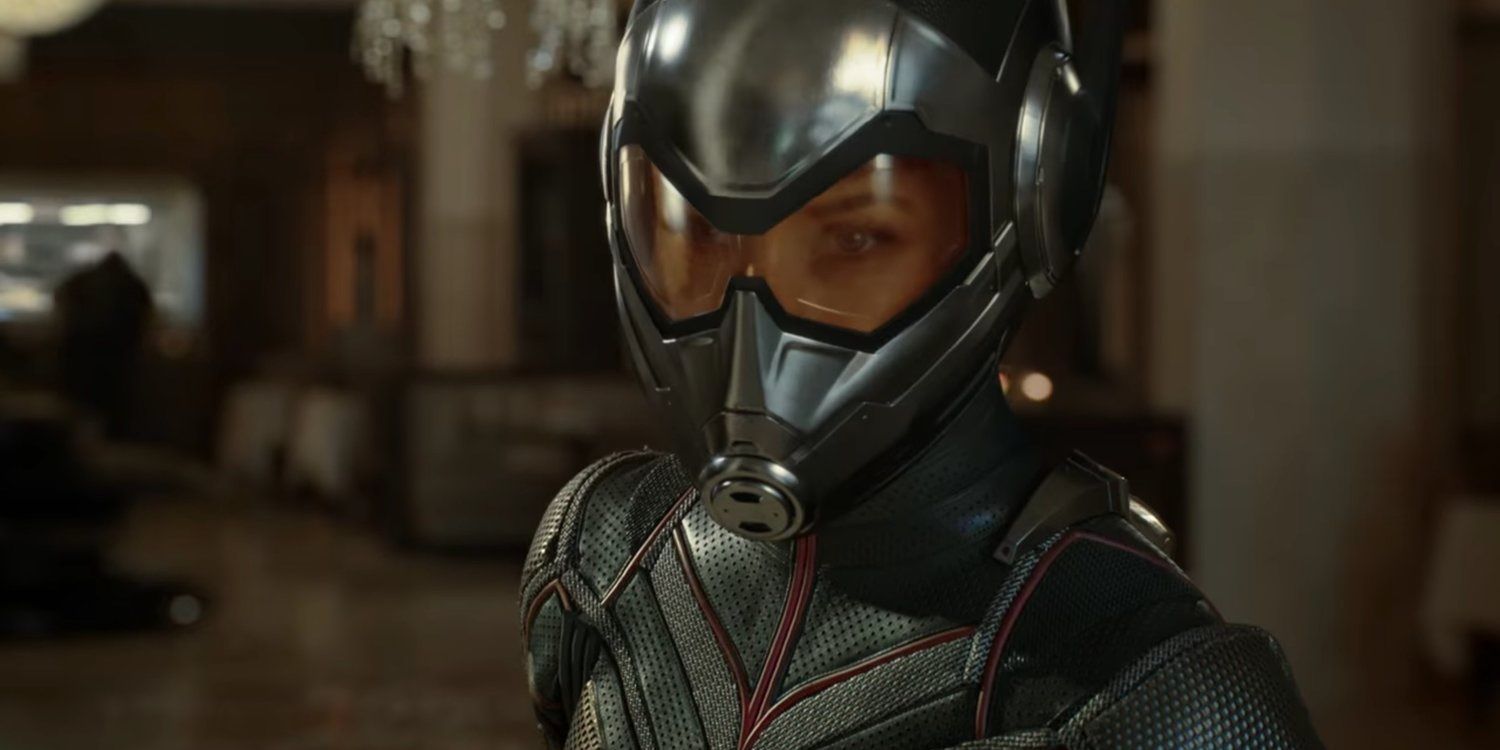 In this MCU flick, the two titular characters attempt to retrieve Janet van Dyne from the quantum realm. This one is only partially a female-led movie as Evangeline Lily’s Wasp shares billing with Paul Rudd’s Ant-Man. But the main narrative surrounds the former as it’s her mother that the duo is trying to save.

Throughout the movie, the two leads are hilarious together as they provide multiple laugh-out-loud moments. The film has depth too, particularly in regards to the antagonist, Ghost, who has one the most interesting and heartbreaking backstories in the MCU. 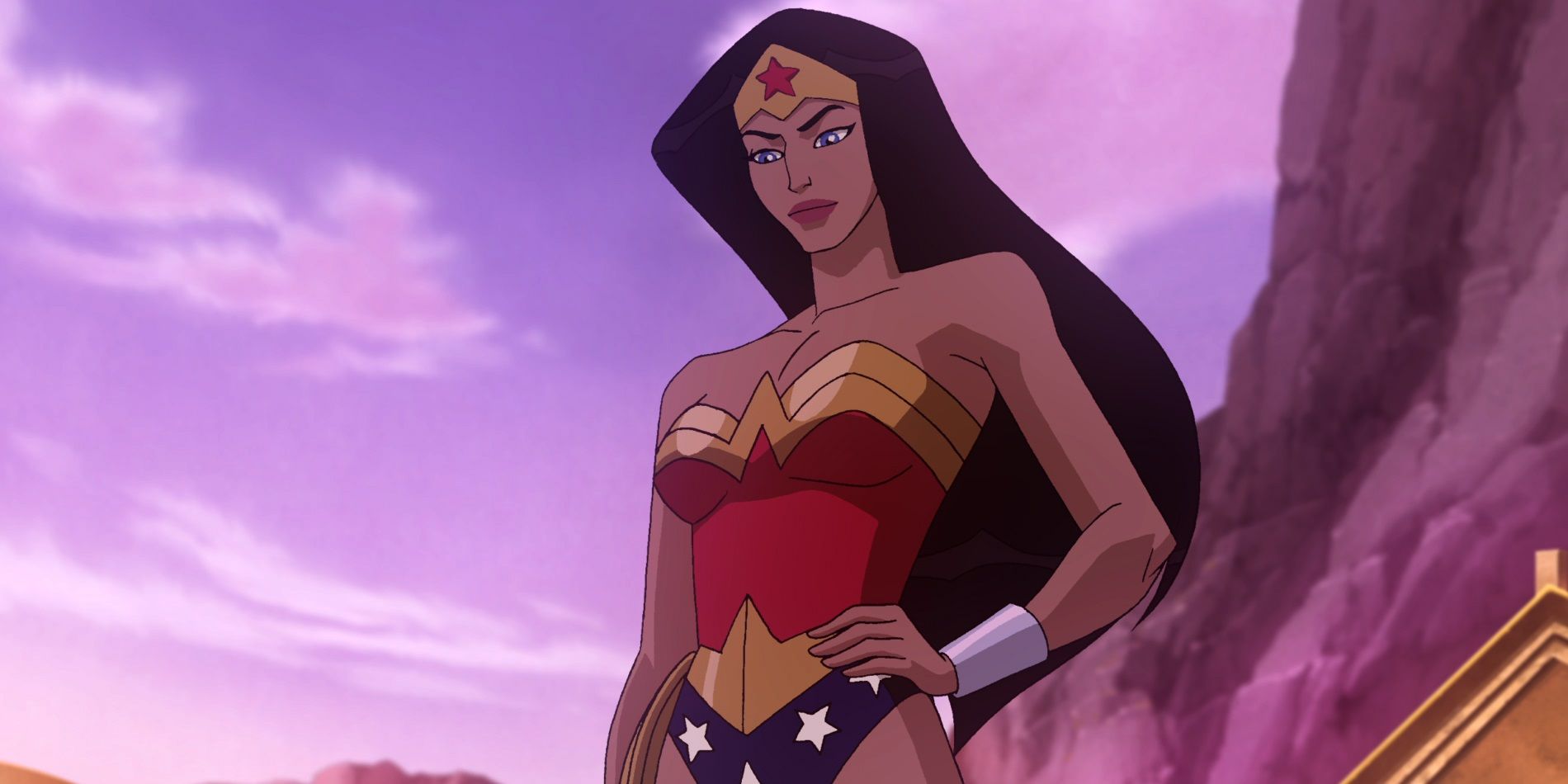 Ares escapes from the Amazonian homeworld in this animated retelling of the titular character’s origin story. It’s then up to Wonder Woman and Steve Trevor to track down and stop the evil war god.

Keri Russell is fantastic as the iconic superhero, and her performance is matched by an equally impressive one by Nathan Fillion as Steve. Although what truly stands out about the film are its fight scenes. They are a lot more violent than many would expect from an animated adventure, which adds an extra layer of ruthlessness to both the hero and her adversaries. 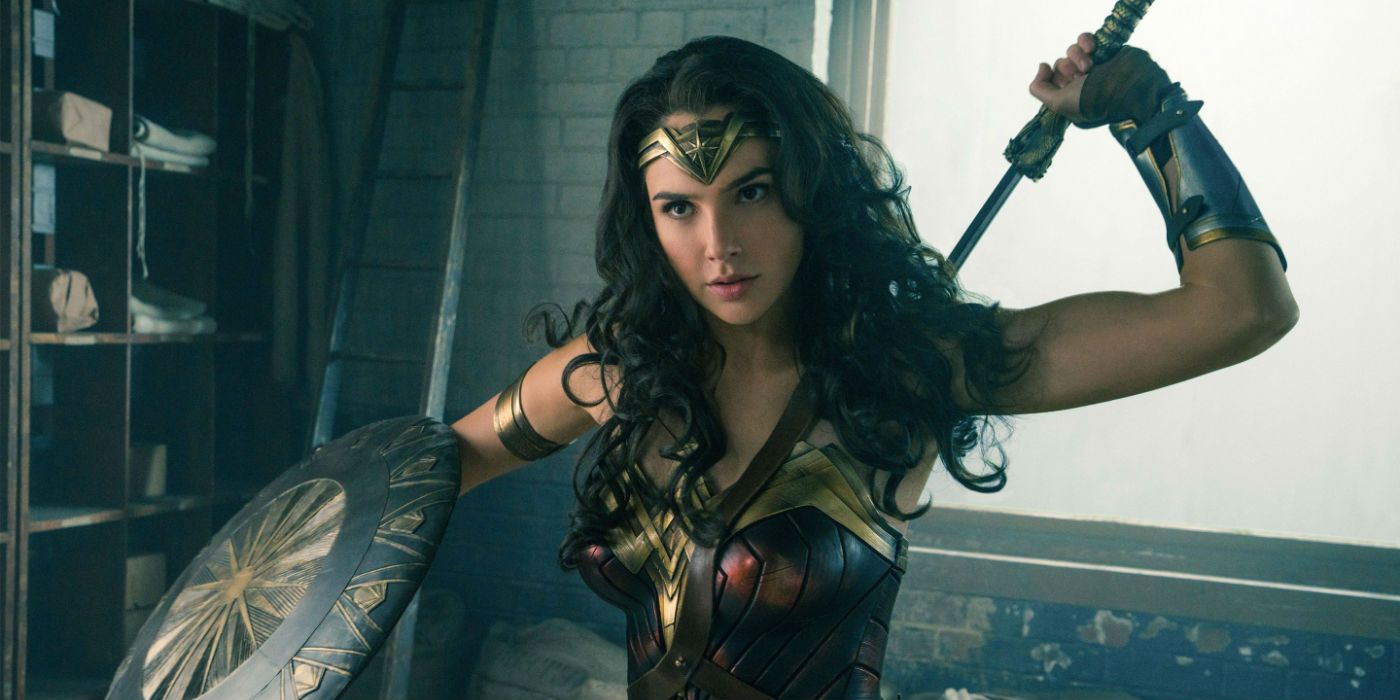 Patty Jenkins’ Wonder Woman is one of the rare DCEU movies that is loved by critics and fans alike. It’s easy to see why, as it’s a tremendously exciting origin movie. In the film, Diana finds herself in the middle of World War 1 as she tries to locate and kill the god of war, Ares.

Diana is played by Gal Gadot, who delivers a near-perfect portrayal of the Amazon warrior. It helps that she has such fantastic chemistry with Chris Pine, who plays Steve Trevor. Equally outstanding are the action sequences as besides the final fight, each one has a grounded and impactful feel to it. And those scenes have to be considered among the DCEU’s action-orientated best.