From Crimson Peak to Edward Scissorhands, here are the best gothic romance movies ever (ranked by their IMDb scores).

You Are Reading :10 Best Gothic Romance Movies Ranked (According To IMDb) 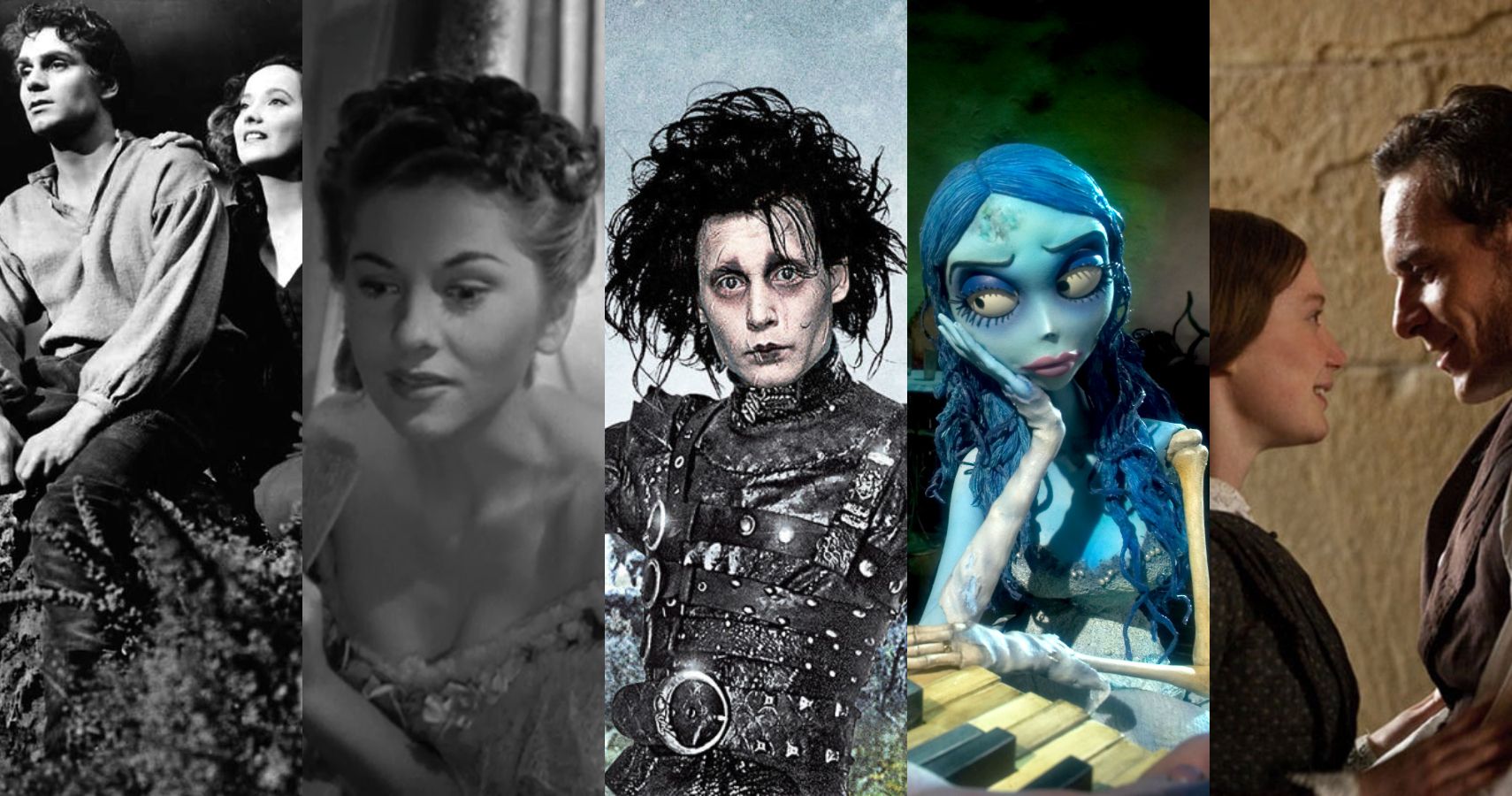 The gothic romance genre can be defined by plot points, setting, or atmosphere. Oftentimes, movies within this genre share DNA with horror films or thrillers, as they typically inspire feelings of fear and dread. With gothic romance, there is often a mystery surrounding either the setting or one of the main characters, which the heroine attempts to solve.

Dreams often feature heavily in these stories, with protagonists expressing their deepest anxieties through nightmares that provide insight to the mystery at hand. Paranormal elements also often feature heavily or are implied as a means of further inspiring fear. The romances in these films are unique in the dreadful circumstances they’re thrown into, with heightened stakes and high levels of emotional distress. 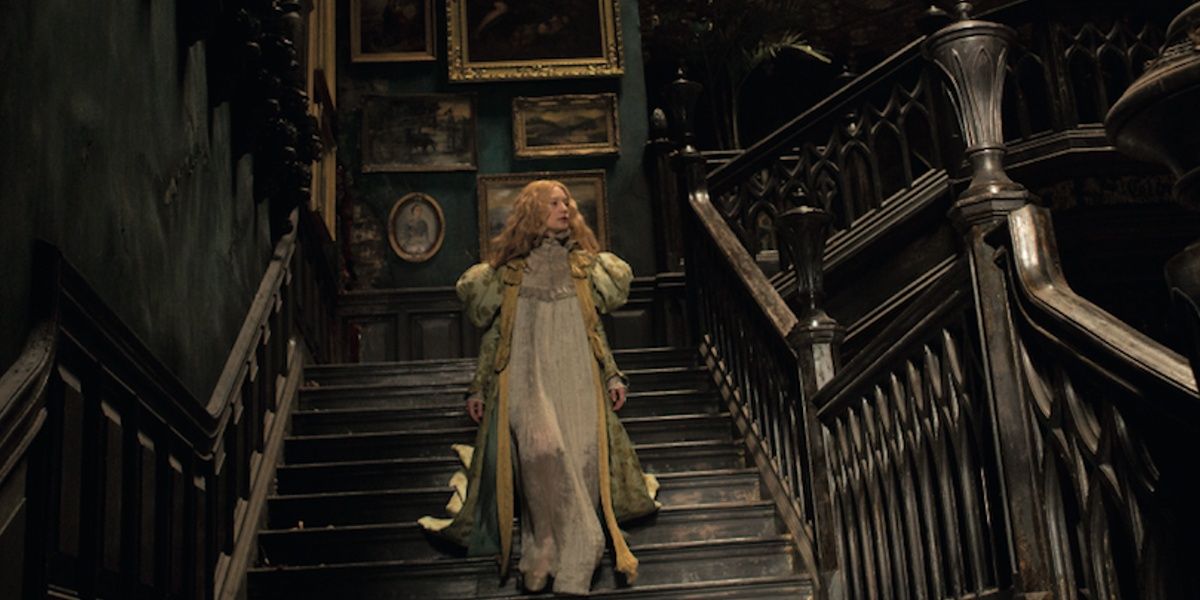 Crimson Peak contains all the elements of gothic romance. Edith Cushing, played by Mia Wasikowska, is haunted by dreams that carry omens of danger that awaits at a place called Crimson Peak. She meets Thomas, played by Tom Hiddleston, and the two fall in love despite her father’s reservations and Thomas’s mysterious behavior.

When her father is violently murdered, Edith marries Thomas and moves to the estate that he shares with his cold and cruel sister, Lucille. Lucille is poisoning Edith, who discovers that the place she has moved to is called Crimson Peak. A series of disturbing revelations and violent confrontations ensue, which won’t be spoiled here. The heroine’s fear, the gloomy atmosphere, and the paranormal elements are just a few of the things that make this film a perfect gothic romance. 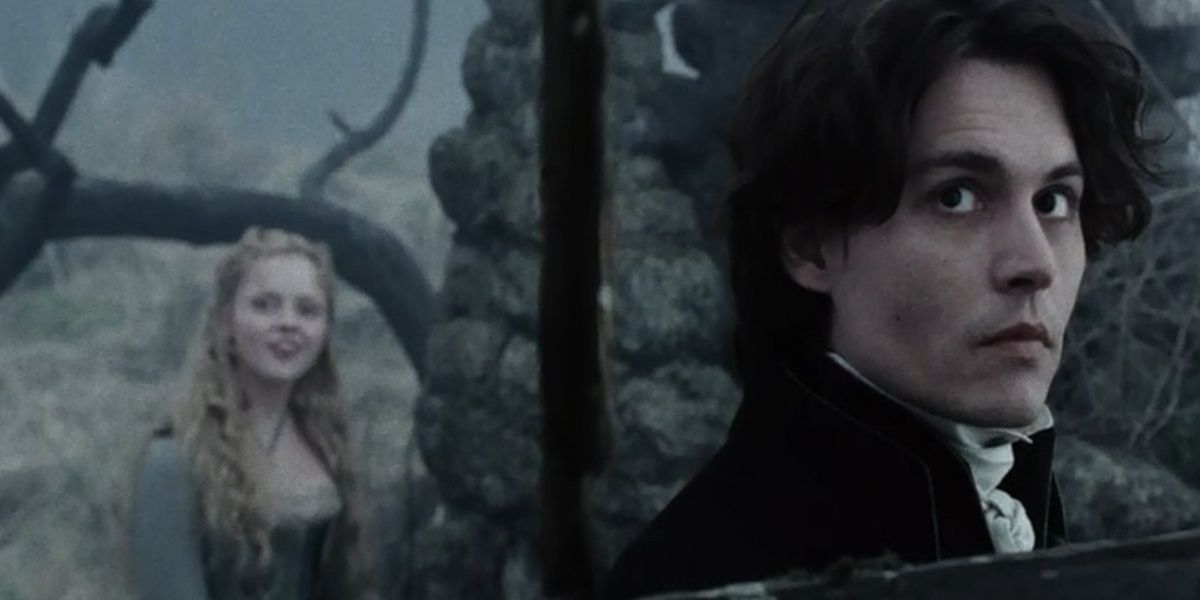 Sleepy Hollow is Tim Burton’s take on the classic headless horseman tale. Johnny Depp plays Ichabod Crane, a young detective tasked with finding out the culprit of a series of beheadings that take place in a small rural village. The townspeople believe that a headless horseman is to blame, but Ichabod is hesitant to put any stock in supernatural tales.

When he witnesses the headless horseman decapitate a man with his own eyes, he believes in the paranormal and changes the tactics of his investigation. He eventually uncovers a conspiracy around who the horseman is murdering while falling in love with a beautiful young woman (Christina Ricci). Although the romance isn’t central to the plot, it provides a deeper sense of mystery, as well as a respite from the darker elements of the story, and Ichabod is similar to mnay protagonists of the genre. 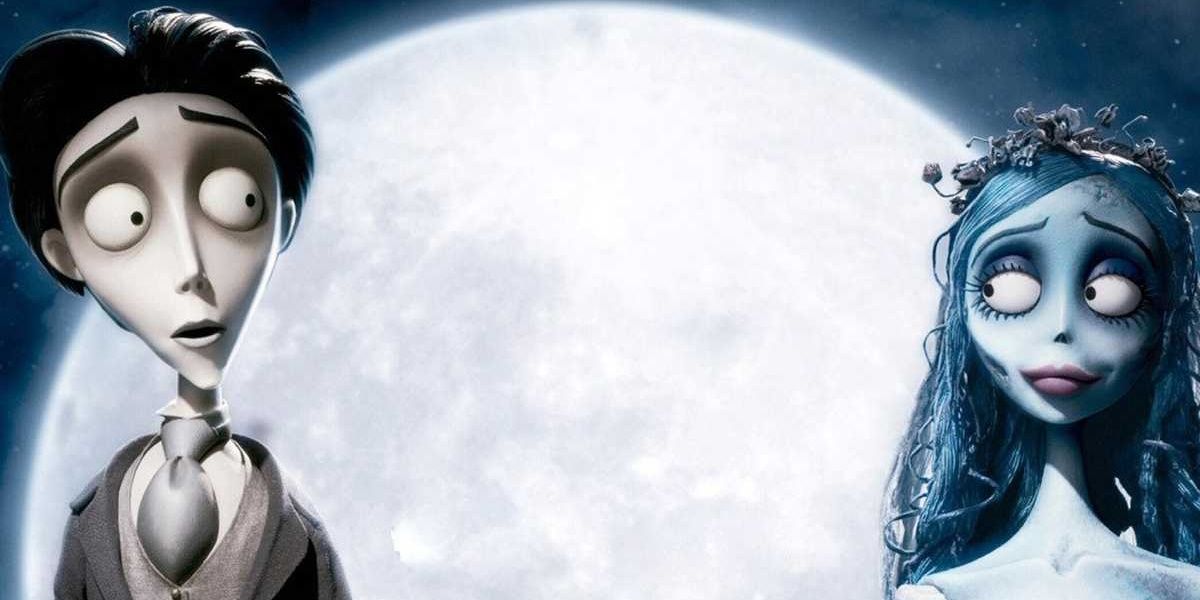 Tim Burton and Johnny Depp teamed up again in 2005 for Corpse Bride, an animated feature that falls into the same genre as Sleepy Hollow. A young couple, Victor and Victoria, are rehearsing their wedding vows, which Victor can’t remember. He goes into the woods to practice his vows and places the ring intended for his bride on what he thinks is a tree root, but is actually the finger of an undead woman named Emily, who was murdered on the night of her wedding.

After unwillingly traveling to the land of the dead with Emily, Victor wishes to return to the living so he can be with Victoria. Emily tries to prevent their union, wanting Victor for herself. Sinister secrets are revealed, but the story has a sweet, romantic ending. 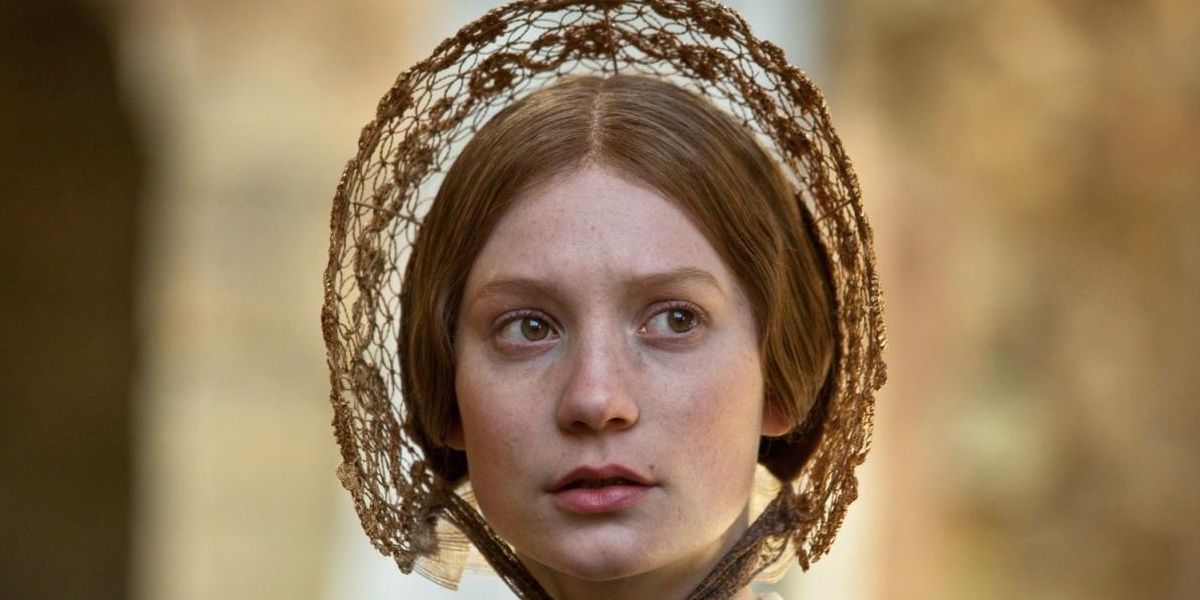 Jane Eyre is one of the most influential stories in the genre. It has been adapted numerous times, but the 2011 adaptation, starring Mia Wasikowska and Michael Fassbender, finally strikes the correct balance between the gothic and romantic elements of Charlotte Brontë’s text. A series of mysterious happenings at Thornfield cause Jane to be ill-at-ease: strange laughter coming from a room upstairs, things in the house being set on fire in the middle of the night, and a violent encounter that leaves a man nearly dead.

Rochester, a classic Byronic hero, adds to this mystery by his avoidance of the subject and his refusal to give any clear explanation as to what is happening. 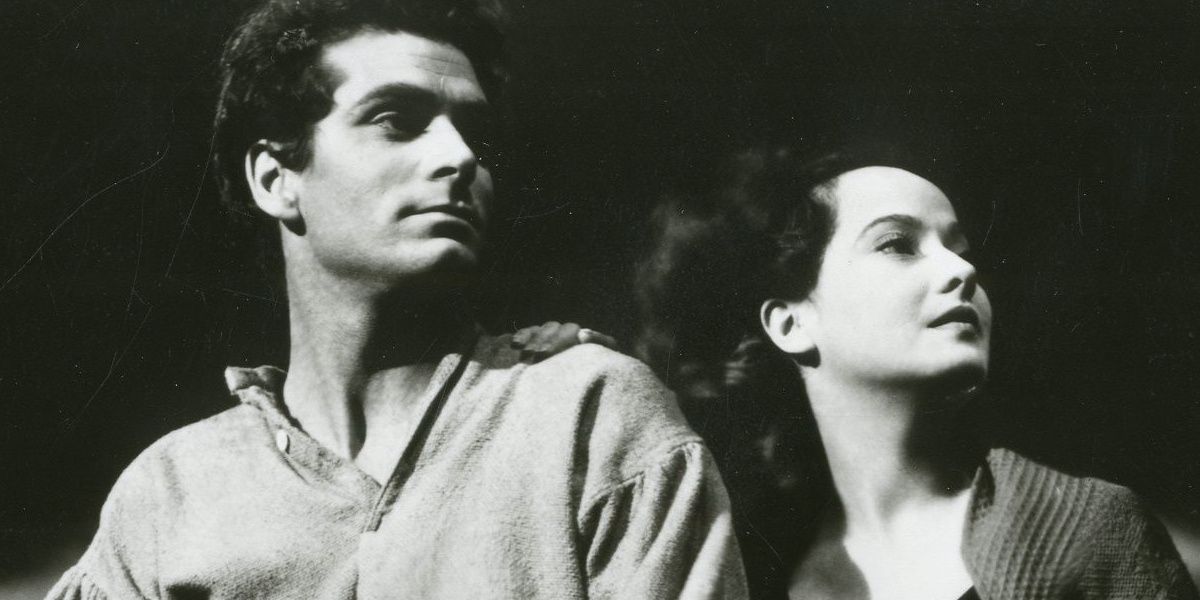 Wuthering Heights is another classic of the gothic romance genre. This film adaptation of the novel by Emily Brontë focuses on the first half of the narrative, smartly excluding the troubles of the second generation and making for a more streamlined, modest telling of Cathy and Heathcliff’s story.

When a man comes upon Wuthering Heights on a stormy evening, he’s met with cruelty and cold indifference by Heathcliff (played brilliantly by Lawrence Olivier), the master of the house. The dark interior and the sprawling moors provide a setting that lends itself to a supernatural paranoia felt by both the characters and the audience. This story leaves ambiguous whether or not anything truly paranormal is going on, or if Heathcliff’s grief has simply driven him mad. 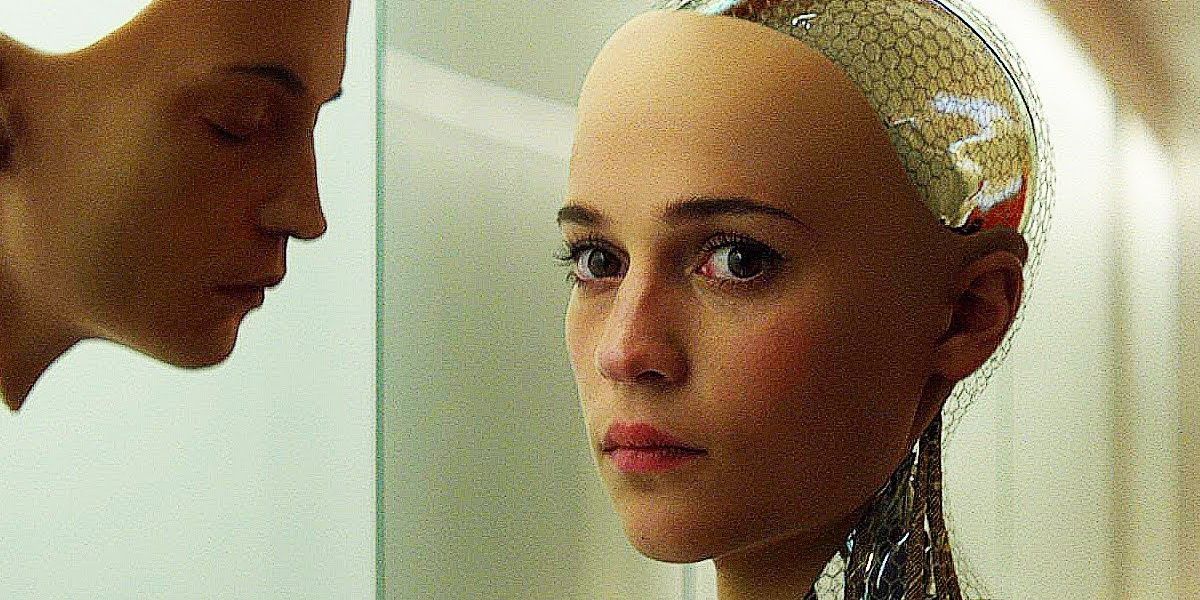 Ex Machina places the elements of gothic romance in the trappings of a sci-fi film about artificial intelligence. Domhnall Gleeson’s character, Caleb, is asked to carry out a Turing Test of sorts on Ava, played by Alicia Vikander, an advanced A.I. robot created by wealthy inventor Gabriel (Oscar Isaac). Gabriel’s behavior is strange, putting Caleb in a state of unease.

The story is set in Gabriel’s secluded, super-modern mansion, but the size of the house and the camerawork provide the same effect as if it were shot at a dark, ivy-colored castle. Caleb behaves like a hero and imagines Ava as a damsel in distress in need of saving, but the ending of the film forgoes a more obvious conclusion for something far more unnerving. 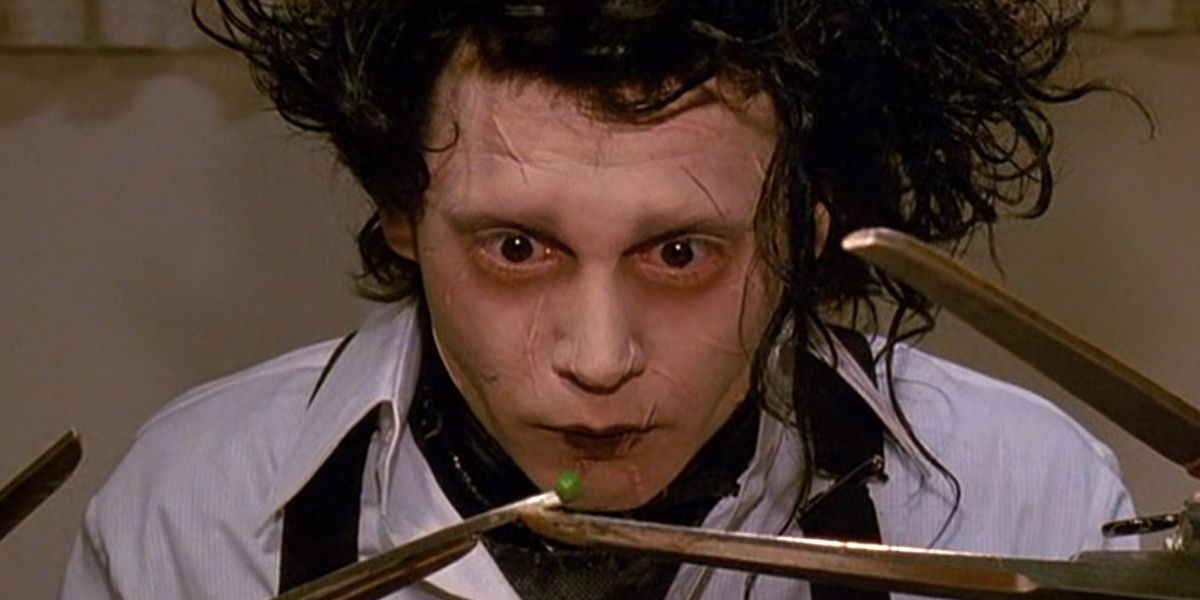 There’s a shot in Edward Scissorhands of a cheerful, brightly-colored suburban street. In the distance, a large, black castle looms with startling juxtaposition. This is Tim Burton’s style in a nutshell; he manages to find the light in the dark, and the dark in the light.

A suburb of brightly colored houses is filled with cruel, ignorant people. The monster from the gothic castle at the top of the hill has a bigger heart than any of them. Johnny Depp and Winona Ryder’s chemistry gives this Frankenstein-esque tale a sweet romance to root for, despite the many obstacles their relationship faces (scissors for hands, for one). 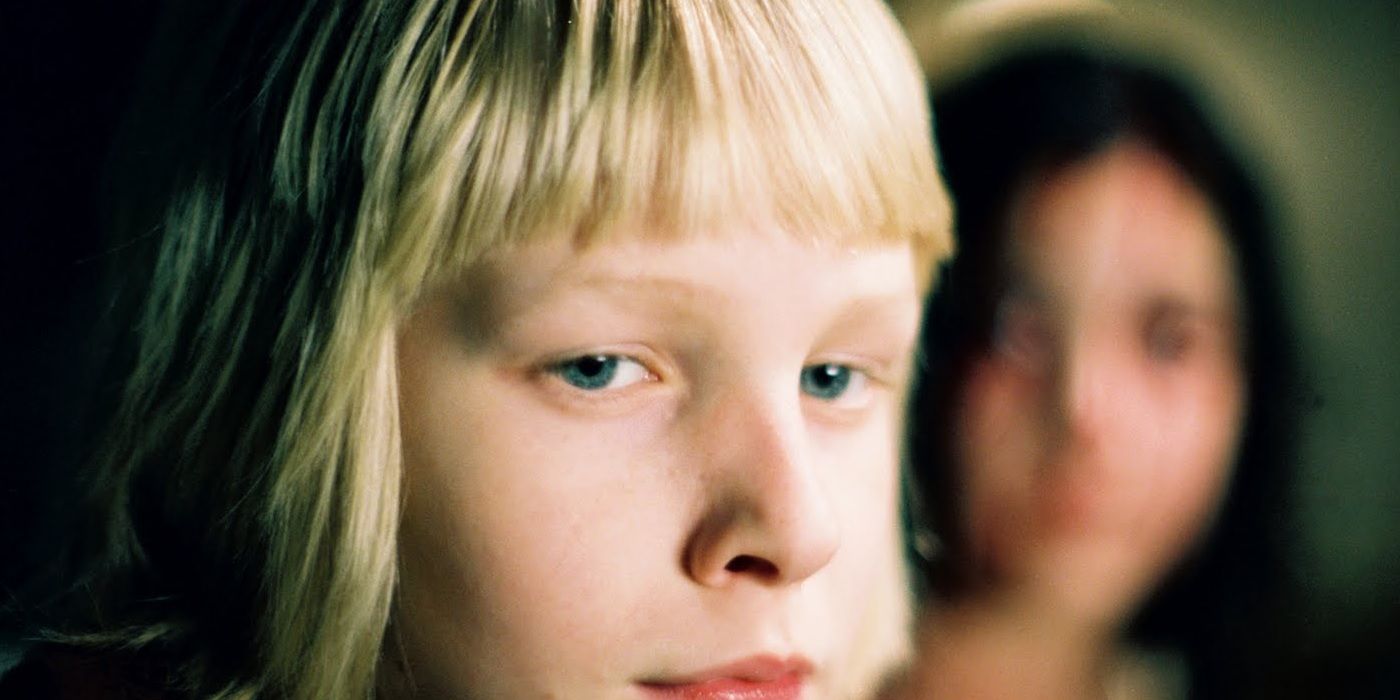 Let the Right One In is a gothic romance about the budding feelings between two children. Oskar, a prepubescent boy who struggles to fit in at school meets a mysterious child named Eli, who warns him that they should not be friends, in a subversion of the damsel in distress/Byronic hero trope often found in this genre.

A series of killings frighten the townspeople, and Eli admits to Oskar that they are a vampire. The presence of this young vampire continues to disrupt the town, as Oskar and Eli become more attached to one another. It’s creepy, macabre, and very, very sweet. 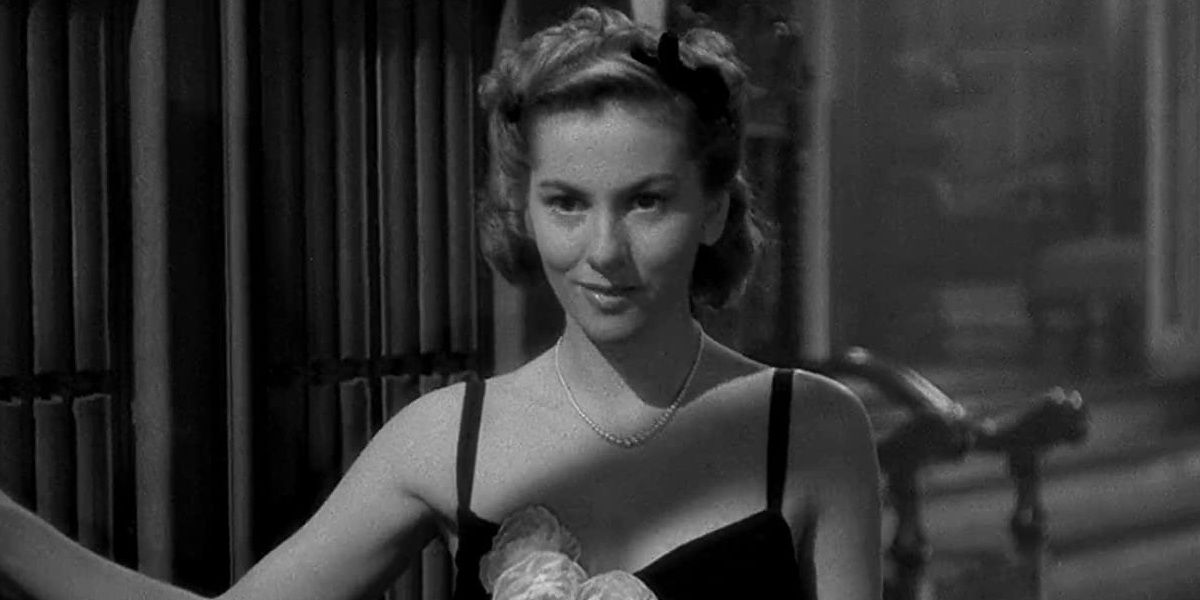 Alfred Hitchcock was always a great choice when it came to gothic romance. His mastery of imagery and suspense, as well as his ability to get the best performances from his actors, make for dark, moody, and frightening pictures. Rebecca, based on the novel by Daphne du Maurier, tells the story of a young woman who marries a mysterious man and goes to live with him at his grand estate.

What she quickly finds is that his previous wife, who is said to have drowned the year prior, haunts the house with an inescapable presence that torments the heroine. Gothic romance is never lighthearted, and often the protagonist is put through extreme emotional distress. Joan Fontaine plays the nameless narrator with the perfect balance of naïveté, awkwardness, anxiety, and the difficult-to-define quality of teetering on the edge of losing it. 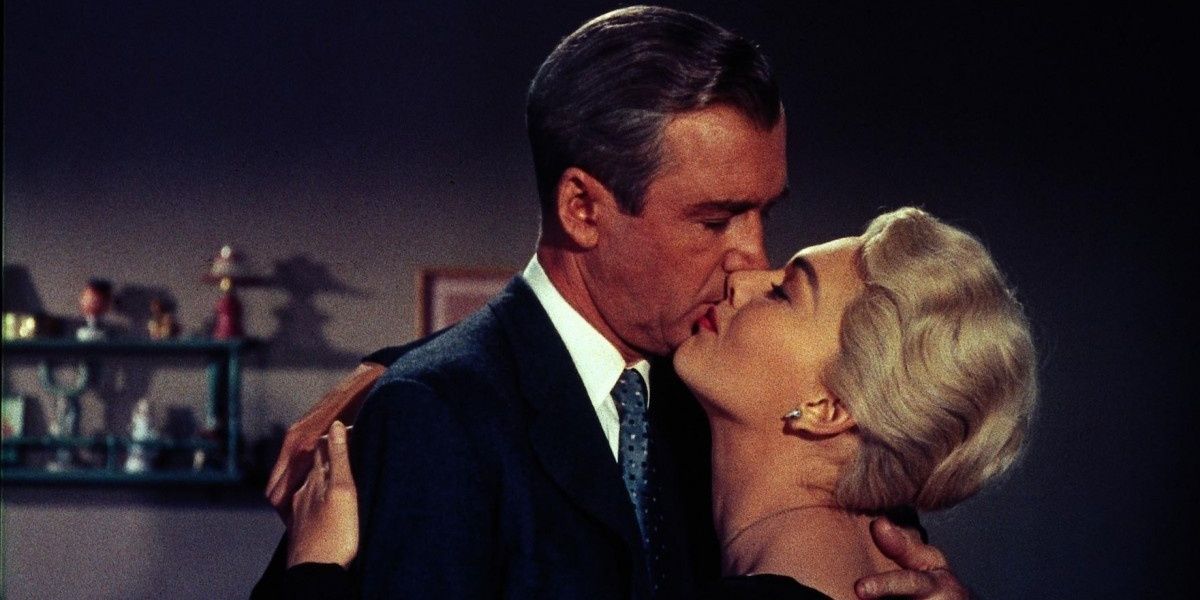 Genres often overlap and share traits from both a story and an aesthetic standpoint. Vertigo is many things; a noir, a thriller, a mystery, and a romance. Though it isn’t often considered a gothic romance, the pieces are there. The mystery Jimmy Stewart’s detective finds himself in is chilling and unsettling.

The supernatural plays a role in the plot, as the Madeline, the woman he’s been tailing, is thought to be possessed by the spirit of a dead woman. Hitchcock is able to turn any setting into a haunted house, creating tension and a sense of unpredictability that inspires true fear and paranoia.