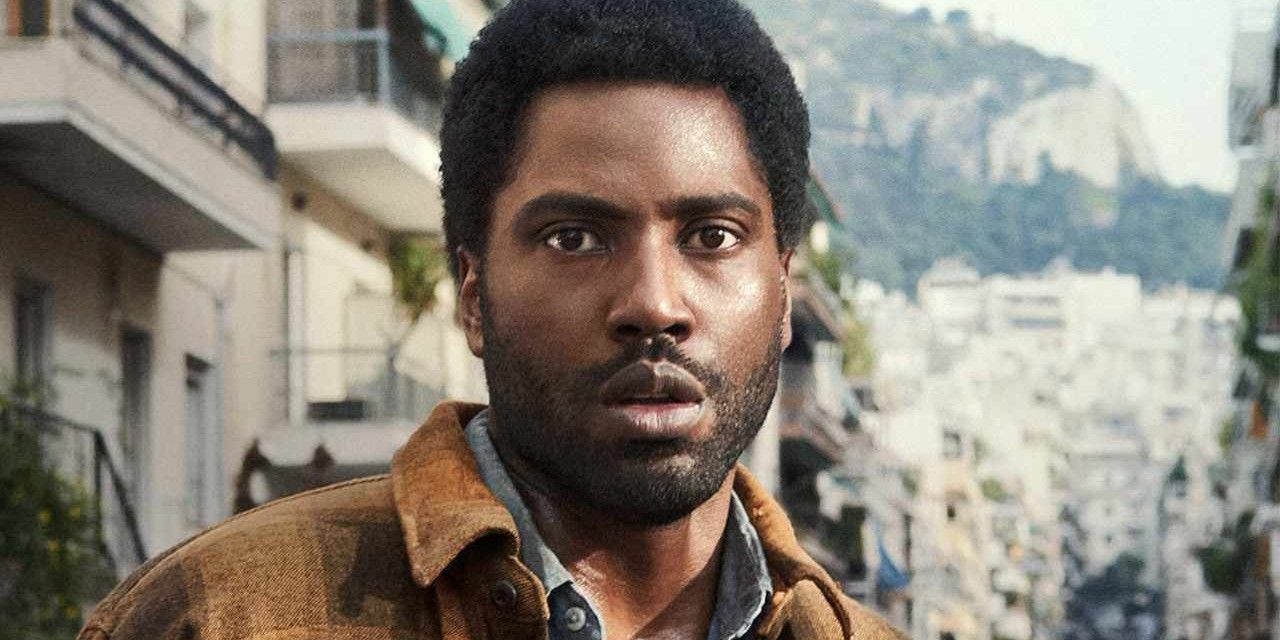 Netflix’s new action-thriller Beckett stars John David Washington as an American tourist on the run for his life following a fatal car crash in Greece. The film has earned mixed reviews thus far, calling to mind far better examples of movies from the past that it draws from and reappropriates for a 21st-century audience.

Directed by Fernando Cito Filomarino, Beckett attempts to blend the “stranger in a foreign land” genre with the “innocent man-on-the-run” action template with 1970s-style political conspiracy thrillers. Throughout cinematic history, there have been many other movies that do so with equally entertaining results. 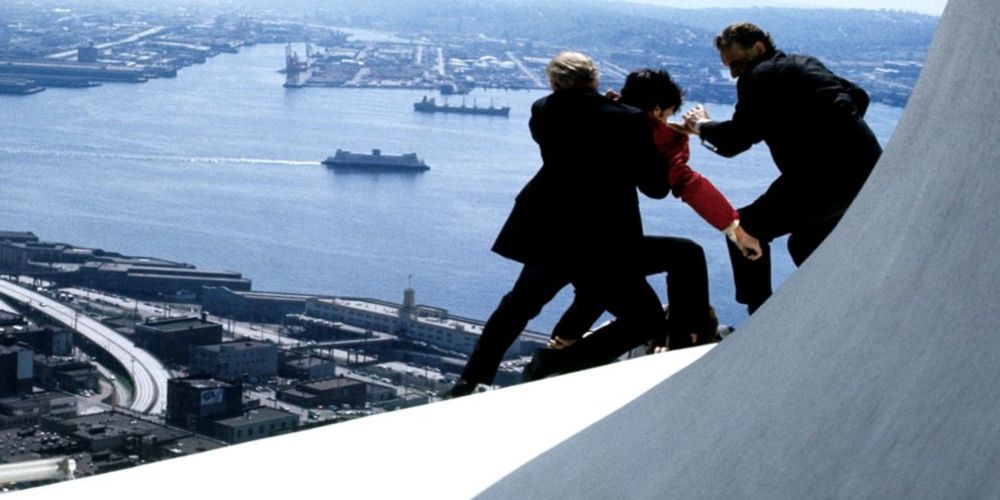 If the political intrigue is one of the major appeals of Beckett, then fans of the film should check out Alan J. Pakula’s 1974 conspiracy thriller The Parallax View. The movie stars Warren Beatty as Joe Frady, a reporter who fears for his life upon investigating the assassination of a powerful U.S. senator.

What makes the film so great is the palpable sense of paranoia and distrust Frady shows as he unravels the core mystery of a mega-powerful corporation pulling strings behind the scenes. The frenzied one-man-against-the-world template is one Beckett happily adopts but does so less effectively, according to critics. 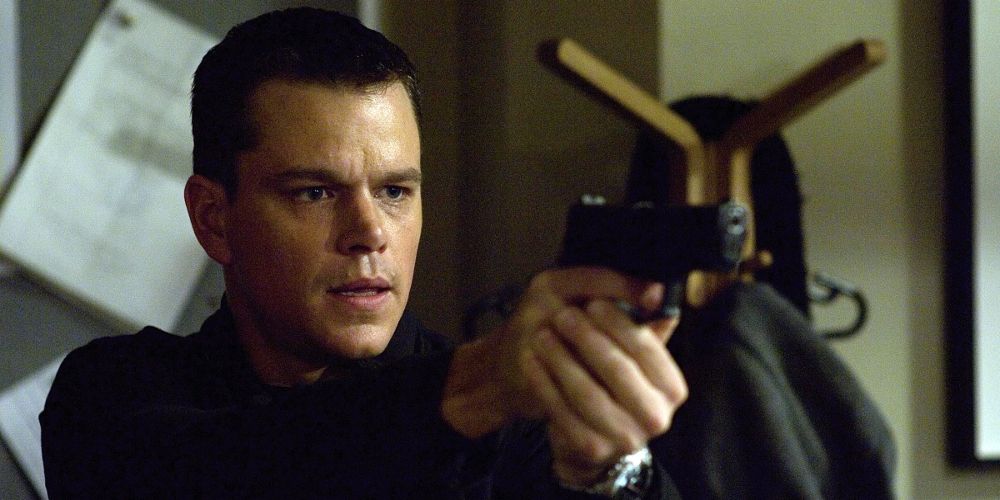 Beckett also adheres to the basic “mystery-man-on-the-lam” action formula that made The Bourne Identity so successful. In the Doug Liman film, Jason Bourne (Matt Damon) wakes up with no idea of who he is and slowly realizes he is a super-skilled assassin with a huge target on his back.

Also set in gorgeous international cities that the main character has little knowledge of but must navigate anyway, it’s the visceral, nonstop action, breathless pacing, and multinational politics of The Bourne Identity that is sure to appeal to Beckett fans. Additionally, the main characters in both films prove to be far more capable than they ever knew.

See also  25 Secrets About The Cast Of Supernatural 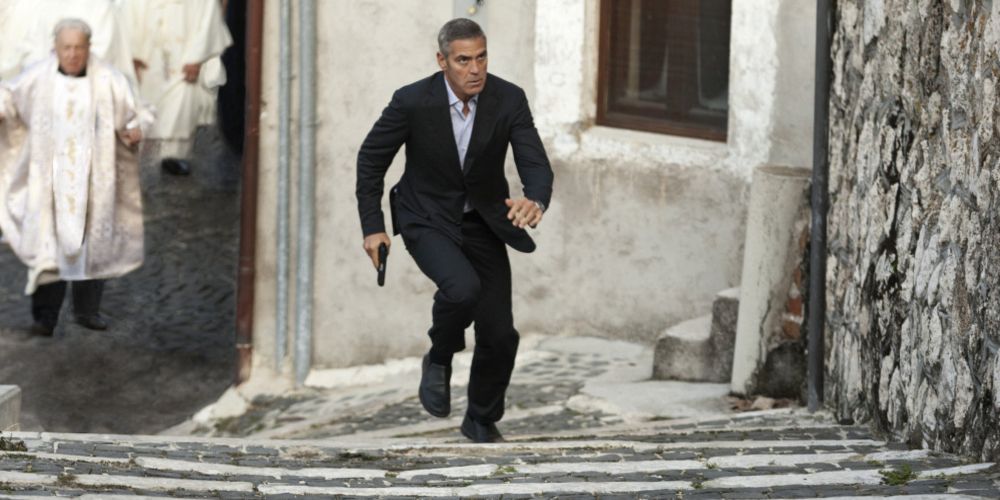 For another riveting tale of an American tourist fighting for his life in a foreign country, fans of Beckett need to see The American. The movie stars George Clooney in the title role as a lone wolf assassin hiding out in a picturesque Italian villa while on his final assignment.

While Beckett is an everyman caught in the wrong situation, Jack (Clooney) is a successful hitman who doesn’t realize he’s being set up for his own death in Italy. Both characters are loners who can rely on very few people and must traverse an unknown locale while fending off a series of explosive attacks. 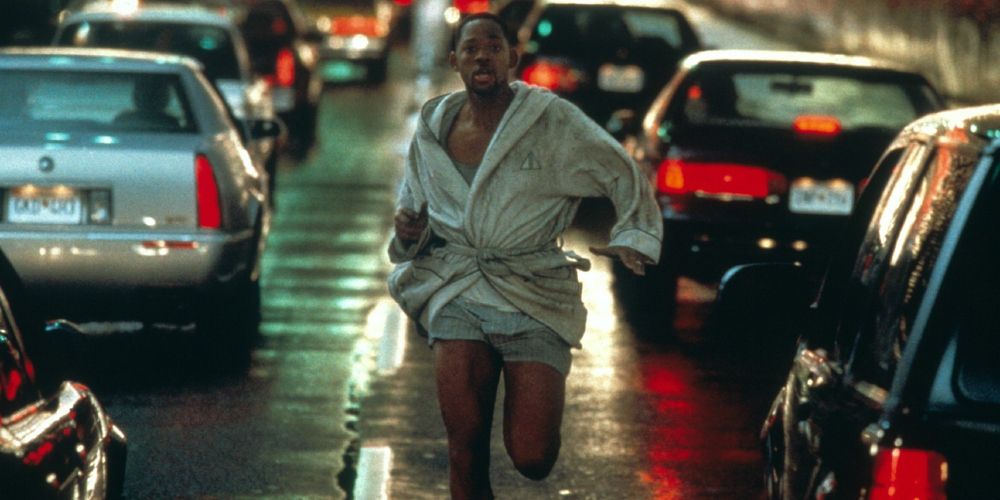 Tony Scott’s Enemy of the State is the perfect one-man-against-the-political-establishment thriller to watch alongside Beckett. Will Smith stars as Robert Dean, a D.C. lawyer whose life turns into a deadly adventure when he unwittingly obtains video of a political assassination.

Once Congressman Reynolds (Jon Voight) learns Dean has video evidence of him killing a politician, he uses his government influence to discredit Dean, freeze his bank accounts, and conduct a citywide manhunt for the innocent lawyer. With trenchant commentary on civil liberties and the pre-Freedom Act privacy issues, Enemy of the State is one of the smartest and most entertaining movies like Beckett. 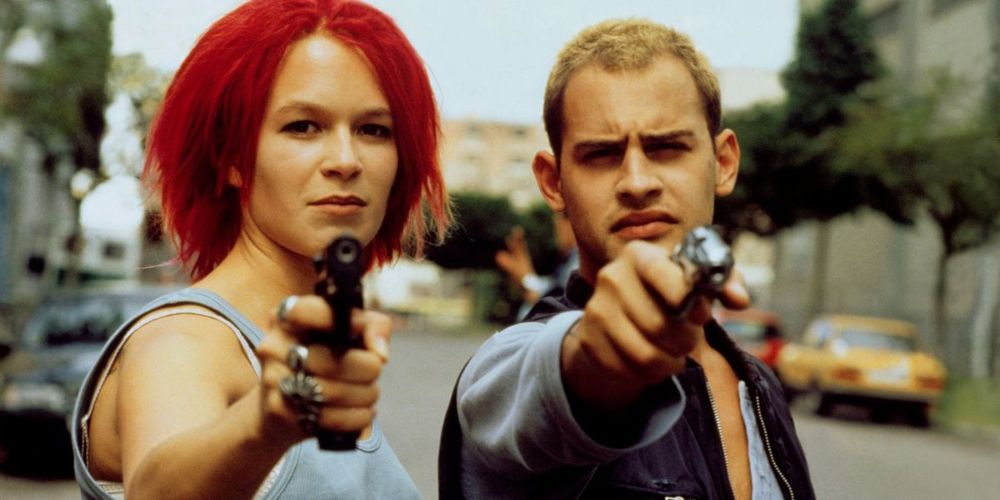 For a more artsy, gender-bending take on Beckett, fans would be wise to tune into Tom Tyker’s exhilarating action film Run Lola Run. Defined by its relentless dynamism and kinetic movement, it’s one of the most stylish and entertaining women-on-the-run movies ever made.

Lola (Franka Potente) receives a call from her boyfriend claiming he lost 100,000 DM on a subway that he stole from a vicious gangster. With only 20 minutes to replace the money, the film plays out three different scenarios based on decisions Lola makes while on the run. The breakneck pace and nonstop action make Beckett look tame in comparison. 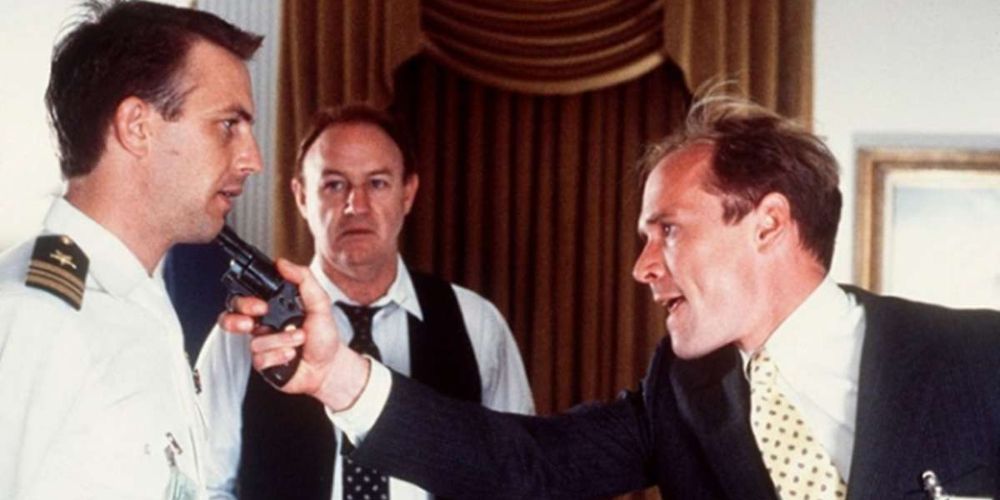 While John David Washington’s father Denzel starred in a loose remake called Out of Time in 2003 (a worthy choice), the original No Way Out is the movie to see alongside Beckett due to its political subplot. In the film, Kevin Costner stars as Tom Farrell, a Navy officer who becomes embroiled in a cover-up and manhunt following the murder of a high-ranking politician.

When Tom is assigned to investigate the murder of a woman he was having an affair with, he slowly becomes the chief suspect. It’s a similar “innocent-man-must-prove-himself” dramatic thriller that Beckett asserts to be but so far has much lower ratings. 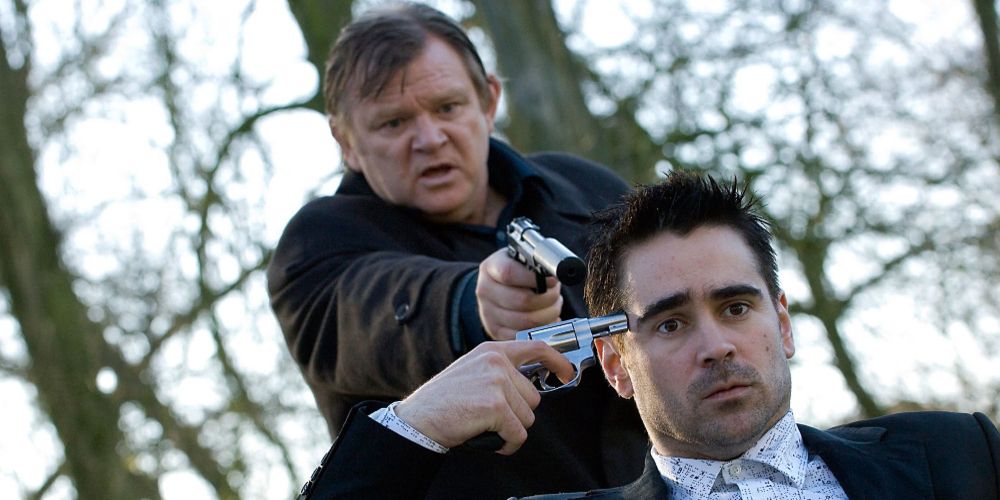 For a more absurdly humorous slant on the “strangers hiding in a foreign land” subgenre, In Bruges is a necessary destination. While it lacks the political subtext of Beckett, it more than atones for this with its stunning European scenery, pitch-black humor, and unpredictable action salvos.

After a botched assassination, Ray (Colin Farrell) and Ken (Brendan Gleeson) are forced to hide out in Bruges, Belgium, the last place they ever want to be. As Ray and Ken begin to settle into the city, a harrowing series of wildly violent and strangely humorous events take place, forcing them to stay in the one place they can’t stand. 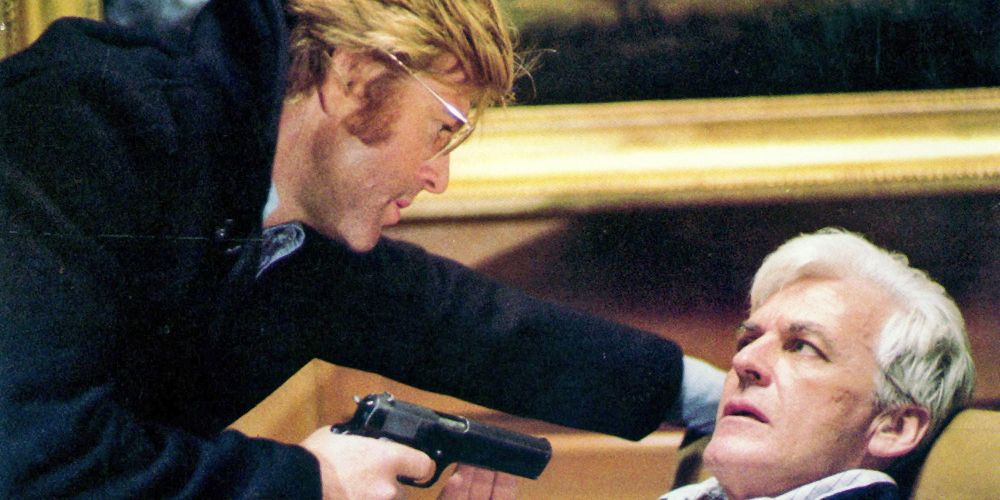 Beckett is clearly cut from the same mold as Sydney Pollack’s Three Days of the Condor, a political conspiracy thriller in which an ordinary man gets entangled in a deadly assassination plot. Robert Redford stars as Turner, a hale CIA researcher who returns from work one day to find all of his coworkers shot to death.

Afterward, Turner goes on a mission by himself to figure out who is behind the assassinations and why. In addition to the basic plot, it’s the profound sense of mistrust, suspicion, and mysterious macro-machinations that churn the cogs of the political wheel that make the movie so revered. 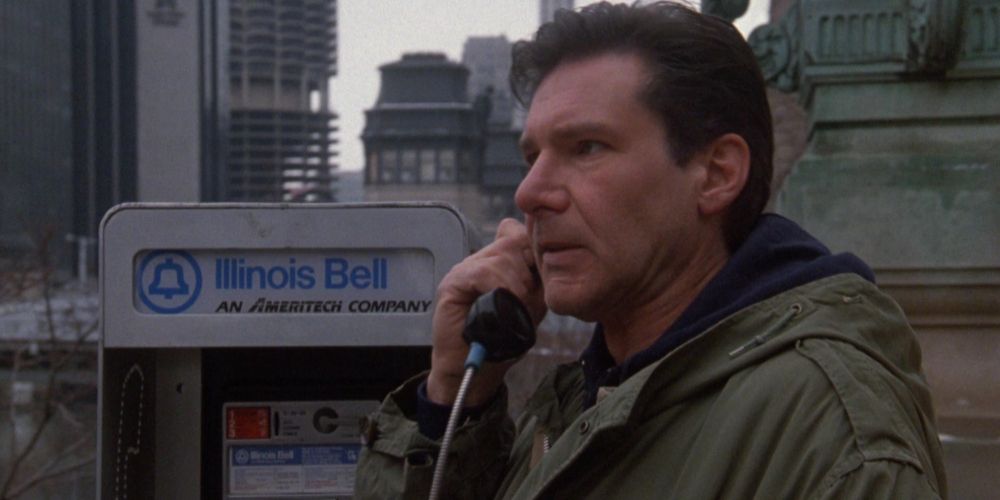 As far as redemptive “innocent-man-on-the-run” thrillers go, The Fugitive is leaps and bounds better than Beckett, if current reviews are any indication. Adapted from the classic TV show, the story finds Dr. Richard Kimble (played by Harrison Ford) on a one-man mission to prove that he was framed for and wrongly convicted of his wife’s brutal murder.

With top-tier performances and a truly enthralling mixture of intense action sequences and emotional character work, The Fugitive makes the audience care much more deeply about Kimble’s conflict than does Beckett, and its unpredictable ending is also seen as far superior. 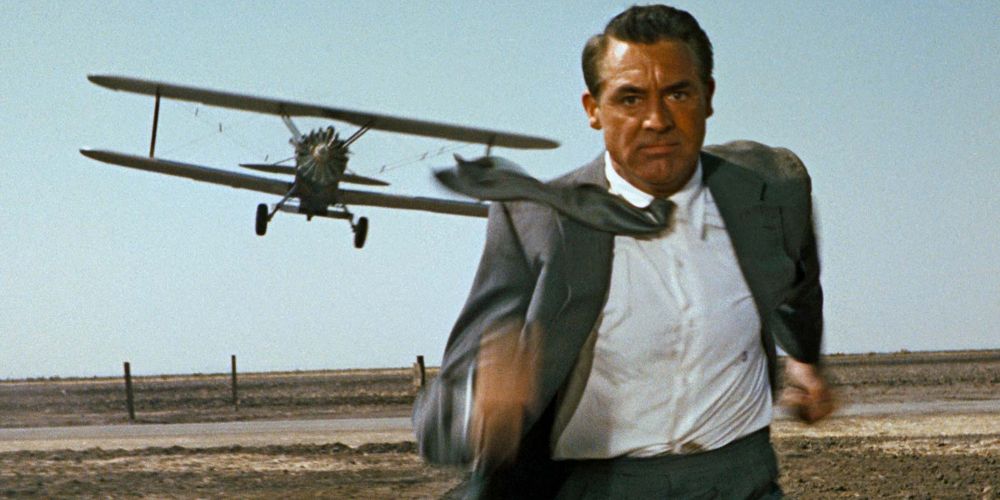 The master of suspense Alfred Hitchcock delivered the most definitive and substantial “mistaken-man-on-the-run” thriller with North by Northwest. The all-time classic stars Cary Grant as Roger Thornhill, an NYC adman who is mistaken for a spy named George, who is targeted for murder by international rivals.

In addition to the jaw-dropping action sequences and breathtaking locations, the central premise of Thornhill as an innocent man mistaken for a political agent has never been done better. The palpable sense of paranoia, jarring mystery, and unpredictable story beats are only matched by Grant’s star power and Hitchcock’s masterful direction.