From remakes like Pokémon Brilliant Diamond and Shining Pearl to sequels like Neo: The World Ends With You, 2021 had many great video game RPGs. 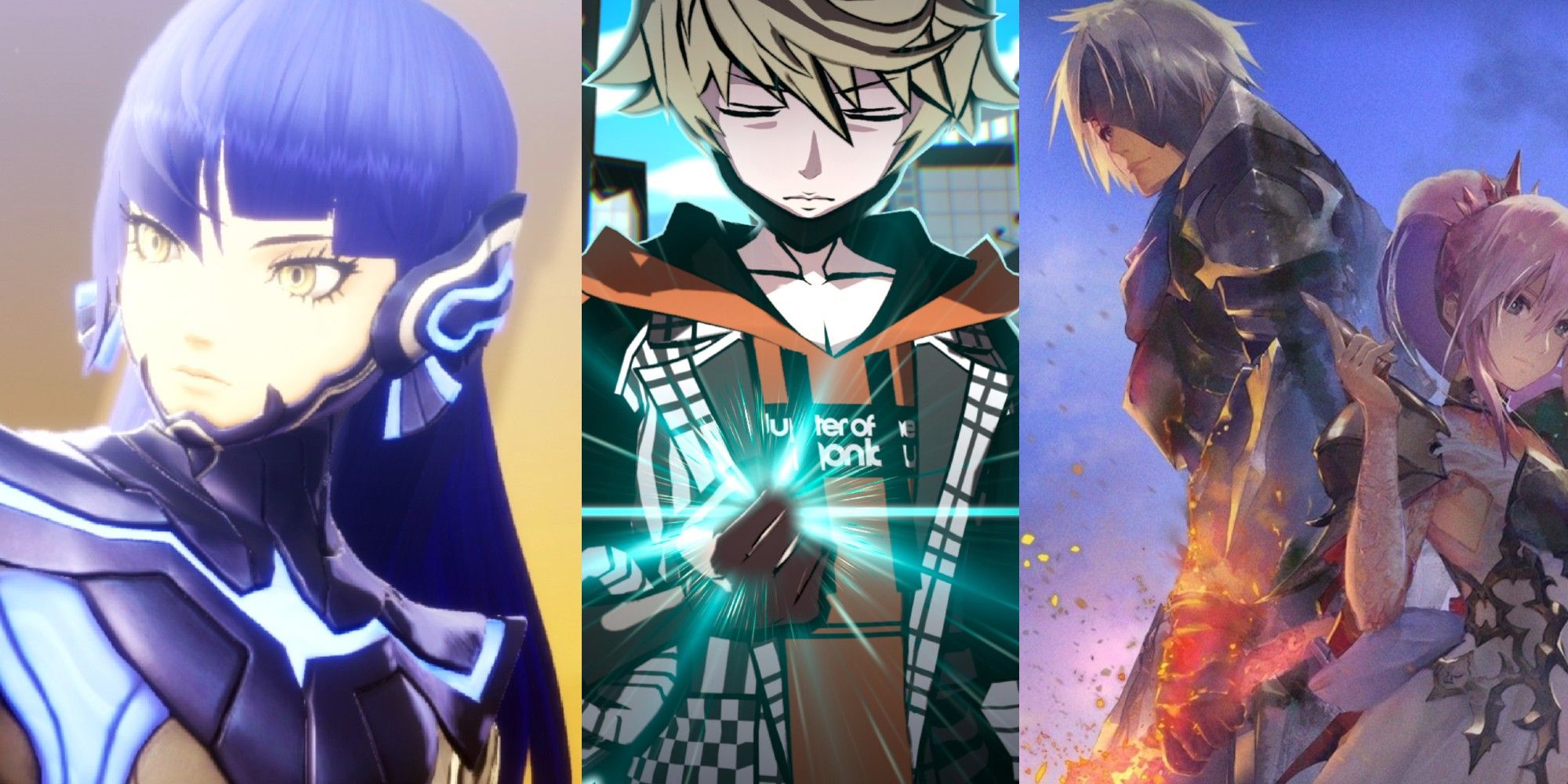 As one of the most popular video game genres, it’s no surprise that there are many role-playing games (RPGs) being released every month of every year. Because of this, fans of RPGs never have to worry about running out of possible games to buy and play.

With the constant flow of new titles, it can also be hard to know which games to play, especially this year when many great games were released. Luckily, there were a few new RPG video game titles from that stood out among the rest in 2021. 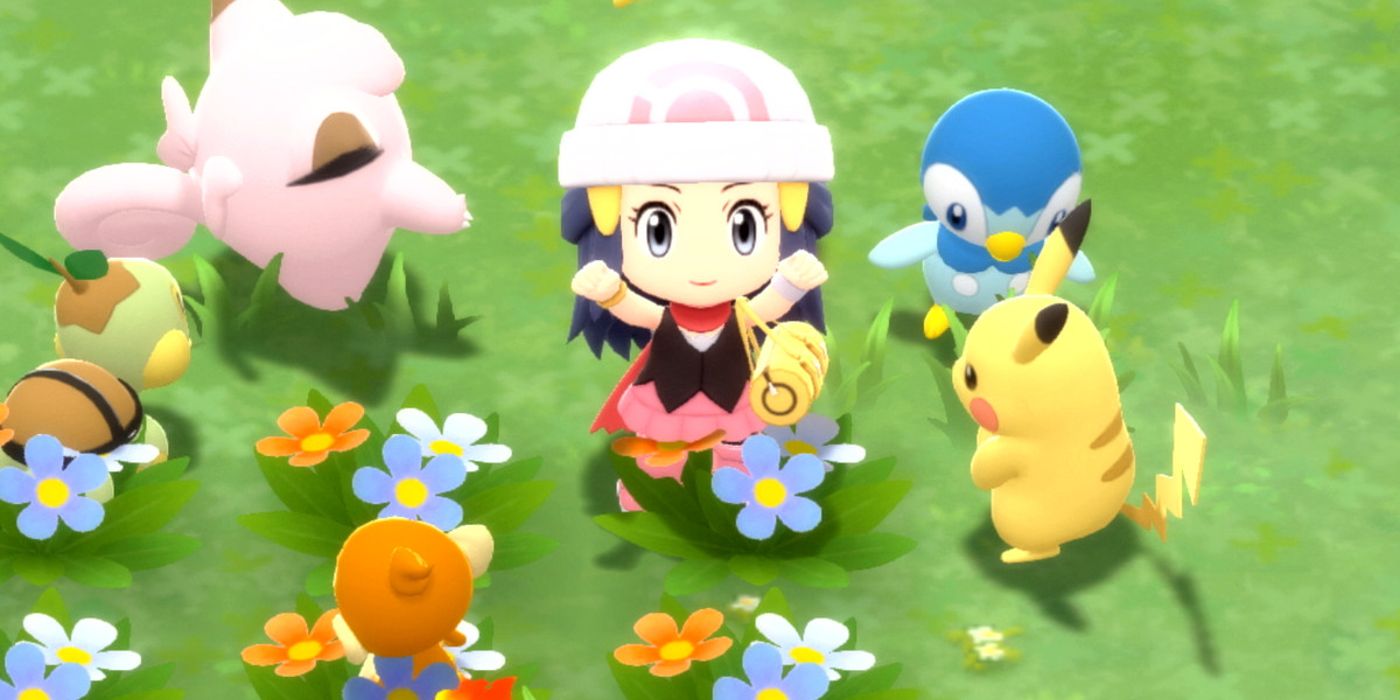 One of 2021’s best new Nintendo games, Pokémon Brilliant Diamond and Shining Pearl introduced new players and brought back old fans to the region of Sinnoh. As either Dawn or Lucas, the player travels across the region, catches Pokémon, fights against the evil Team Galactic, and works to become the next Pokémon Champion.

As the first mainline Pokémon games to not be developed by Game Freak, these games had both some positives and negatives. These remakes had some great additions such as Pokémon Hideaways, different costumes, and the ability to have Pokémon follow the player everywhere, but they also had multiple bugs, a polarizing art style, and several cut features. 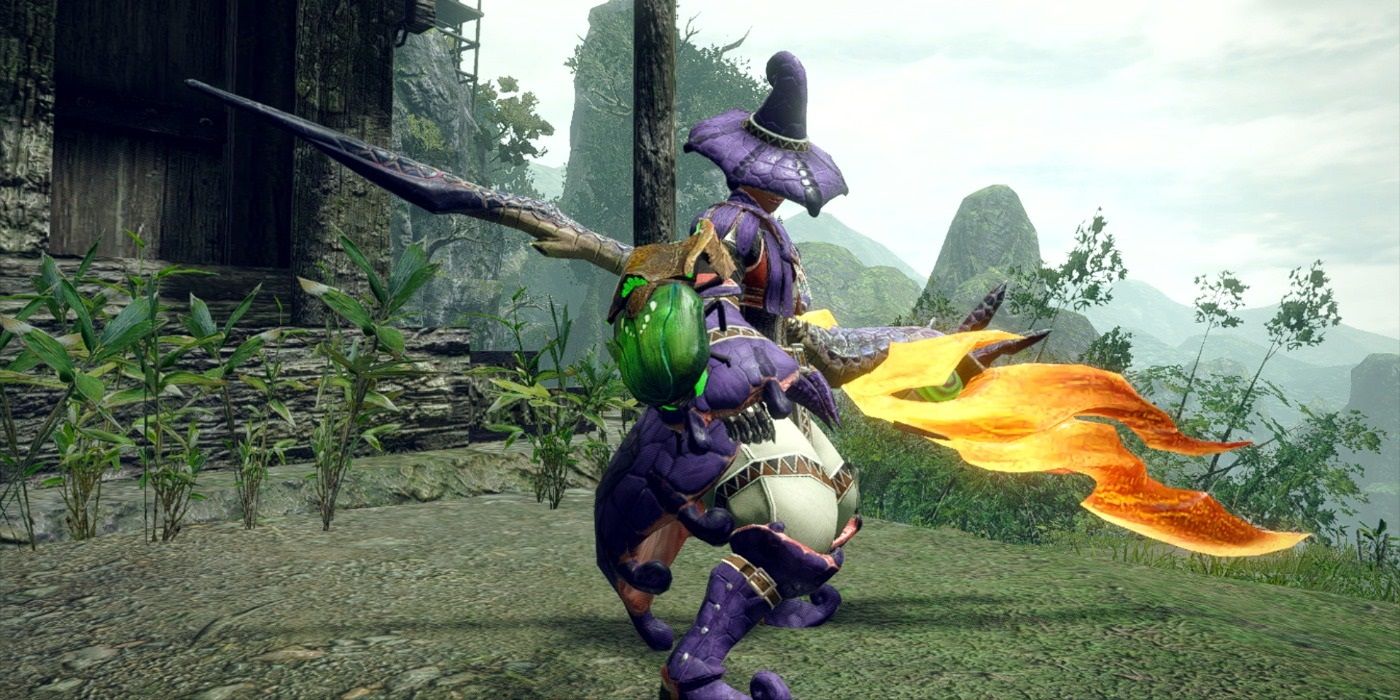 Monster Hunter Rise is an action JRPG where the player takes on the role of a Hunter and tries to protect Kamura Village from hordes of monsters sent into a frenzy by the Elder Dragon Ibushi and his mate Narwa. Similarly to previous games in the franchise, the player gains loot from defeated monsters, which lets them create better weapons and equipment that they can use to battle stronger monsters.

Besides keeping some of the new mechanics from Monster Hunter World such as a continuous map, this game also brought some new gameplay aspects such as the introduction of the dog-like Palamutes and the new tool called the Wirebug. Also, this game features more vertical movement compared to other entries, which is why it’s called “Rise.” 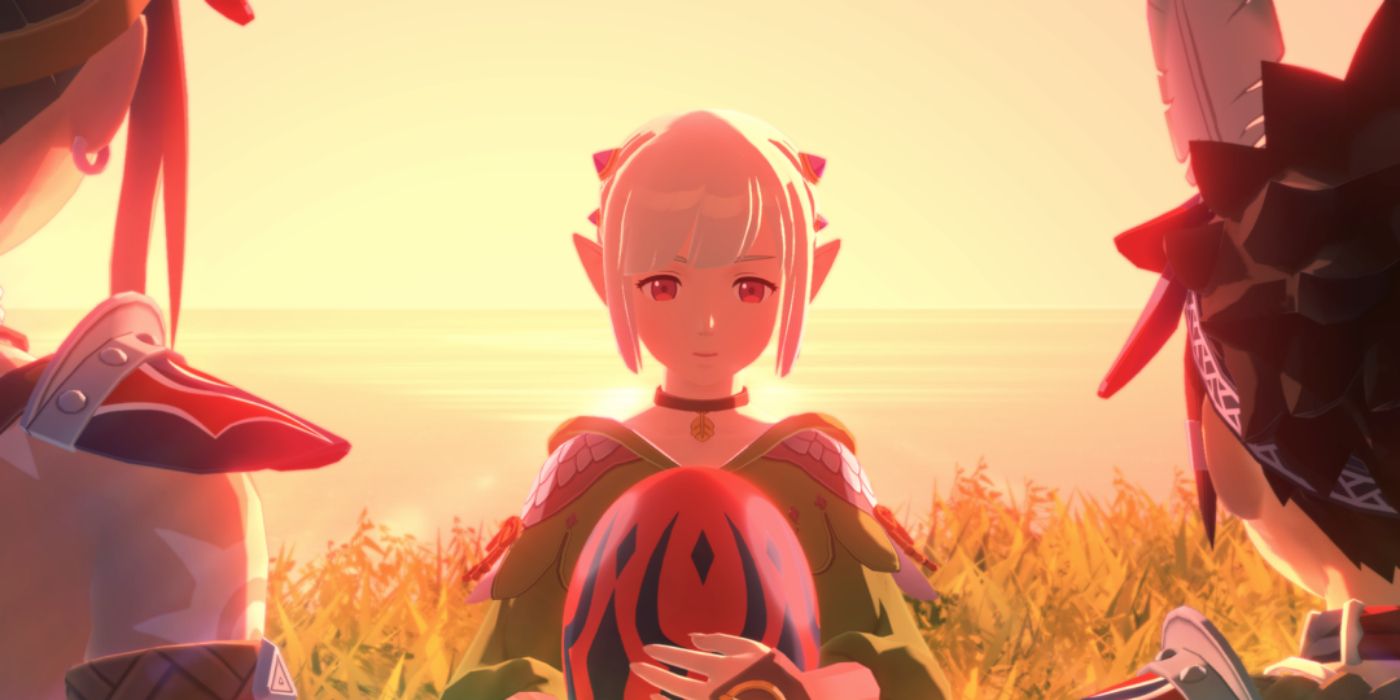 Monster Hunter Stories 2: Wings of Ruin is a turn-based JRPG and the sequel to the 2016 Nintendo 3DS game Monster Hunter Stories. In this game, the player is the grandchild of the legendary Rider named Red and assembles their own team of monsters to try to figure out why many Rathalos are disappearing and why strange pits are appearing that seem to make monsters abnormally destructive.

Instead of the main series’ focus on defeating monsters, this game is more about collecting different friendly monsters called monsties in a way that’s similar to the Pokémon franchise. The player gets to customize the monster’s genes using the Rite of Channeling, which gives the player more gameplay options. 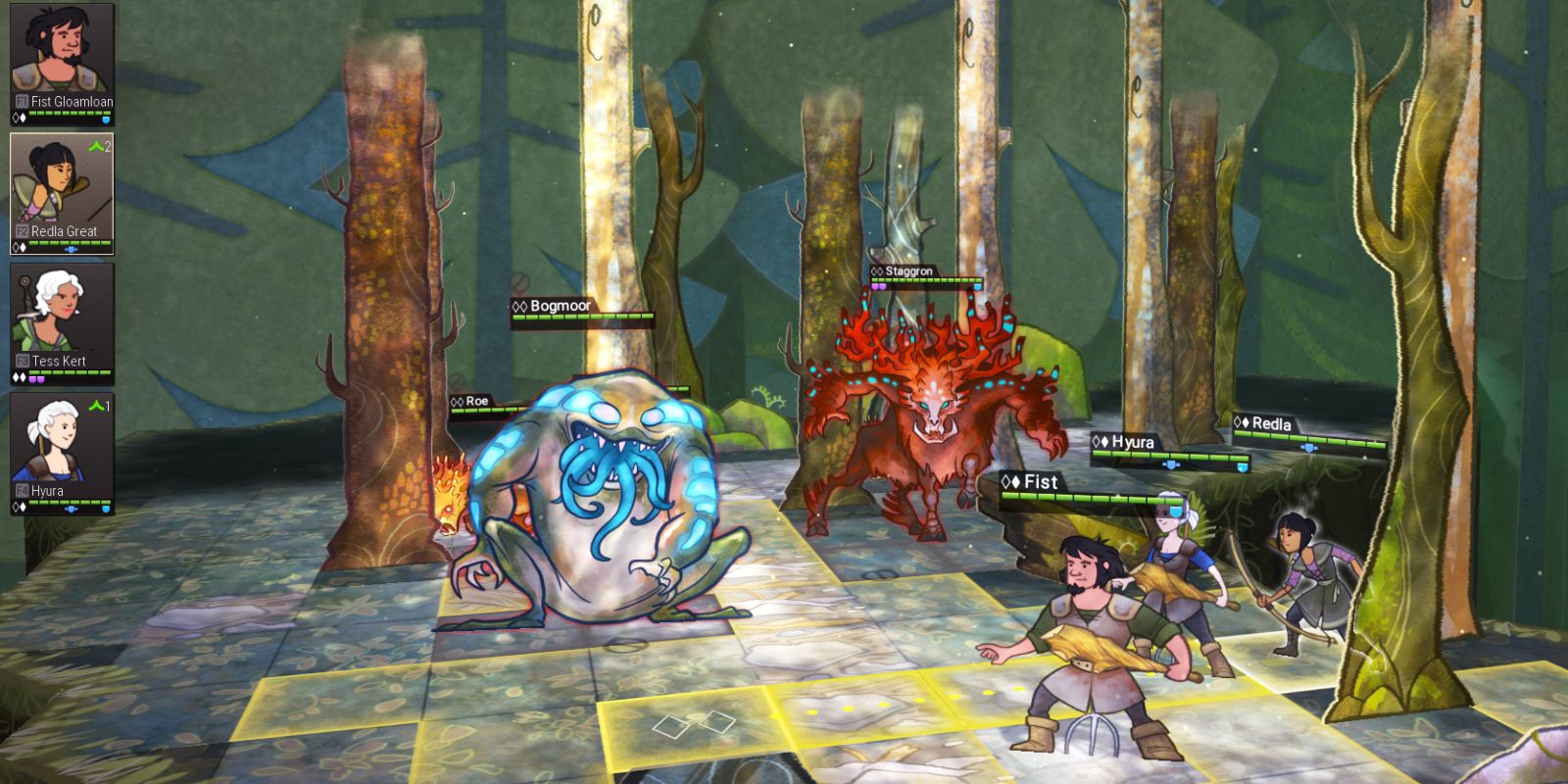 Wildermyth is an indie, procedurally generated, tactical RPG that emulates traditional tabletop RPGs with its focus on detailed characters and a paper cutout art style. For each playthrough, the player starts with a group of random heroes who each have their own backstories, and the group travels through the Yondering Lands to defeat unique enemies.

As the game continues, the player makes choices that shape their characters from their start as regular farmers to their final moments in either a sacrificial blaze of glory or a peaceful end in retirement. But even after death, the player gets to keep their legacy and can even bring them back in later playthroughs.

Ender Lilies: Quietus Of The Knights 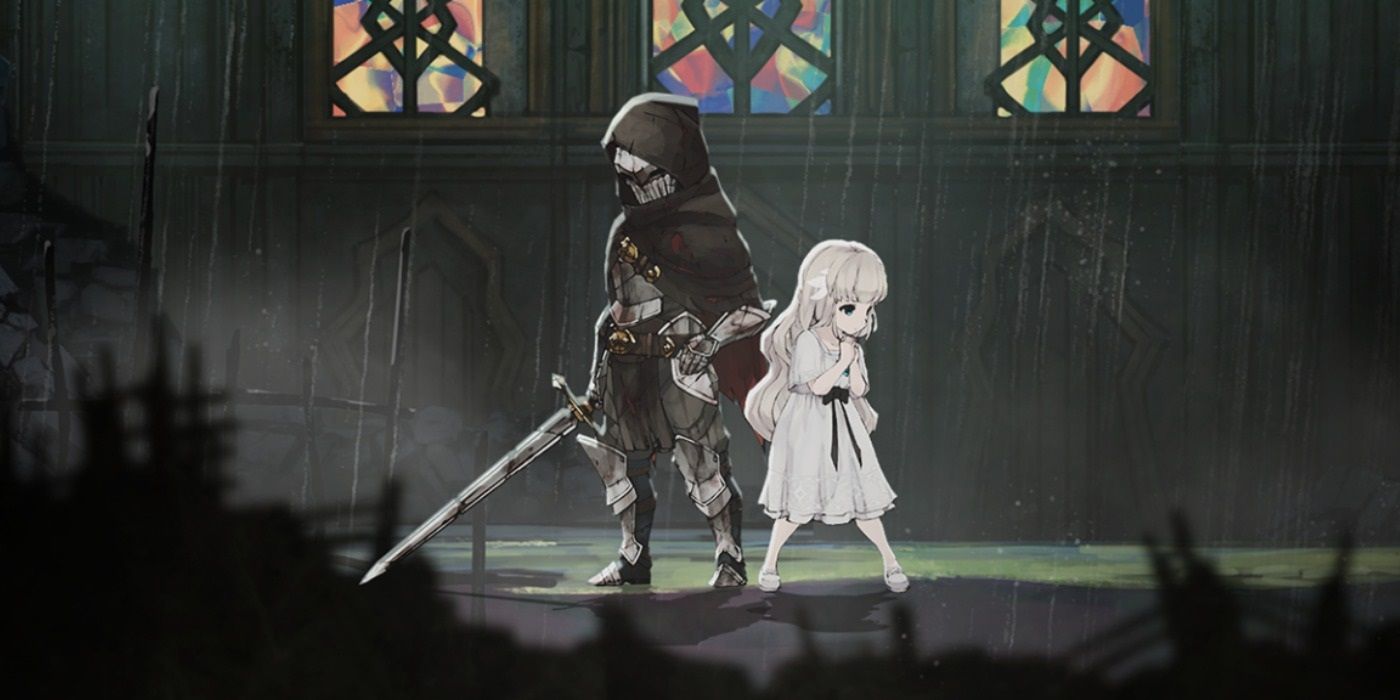 With the large amount of excellent metroidvanias being released every year, it can be hard to know which ones are worth a playthrough and which ones are just copies of preexisting games. One of the most worthwhile examples released this year is Ender Lilies: Quietus of the Knights, which takes the staples of the genre and does something a little different. The player controls a young priestess named Lily who wakes up in a dilapidated church with no memories.

As she explores the kingdom of Land’s End, she discovers that every living creature has been turned into immortal monsters by an endless rain, and she has the power to purify them. While the player slowly gains new abilities as they progress like other metroidvanias, this game sets itself apart by having the player gain the abilities from purified enemies who join Lily on her quest to find the source of the rain. 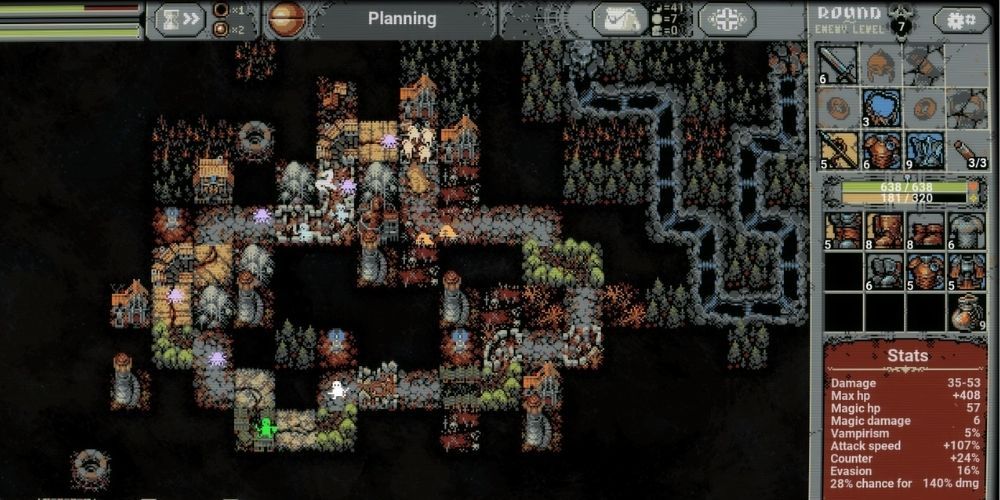 Devolver Digital always publishes interesting and unique games, and the roguelike deck-building RPG Loop Hero is definitely one of these games. In this game, the world has ended and people are unable to retain memories of the world around them. But the main hero manages to regain those memories by repeatedly looping around the same path, which helps bring the world back into existence.

After defeating enemies, the player gains equipment, which the player can put on their hero to boost their stats and help them fight stronger enemies, and landscape cards. The player can then put these landscape cards on the map, which represents the player remembering that these places exist. Each of these cards give different positives and negatives that the player must learn so they can strategically place them on the map. 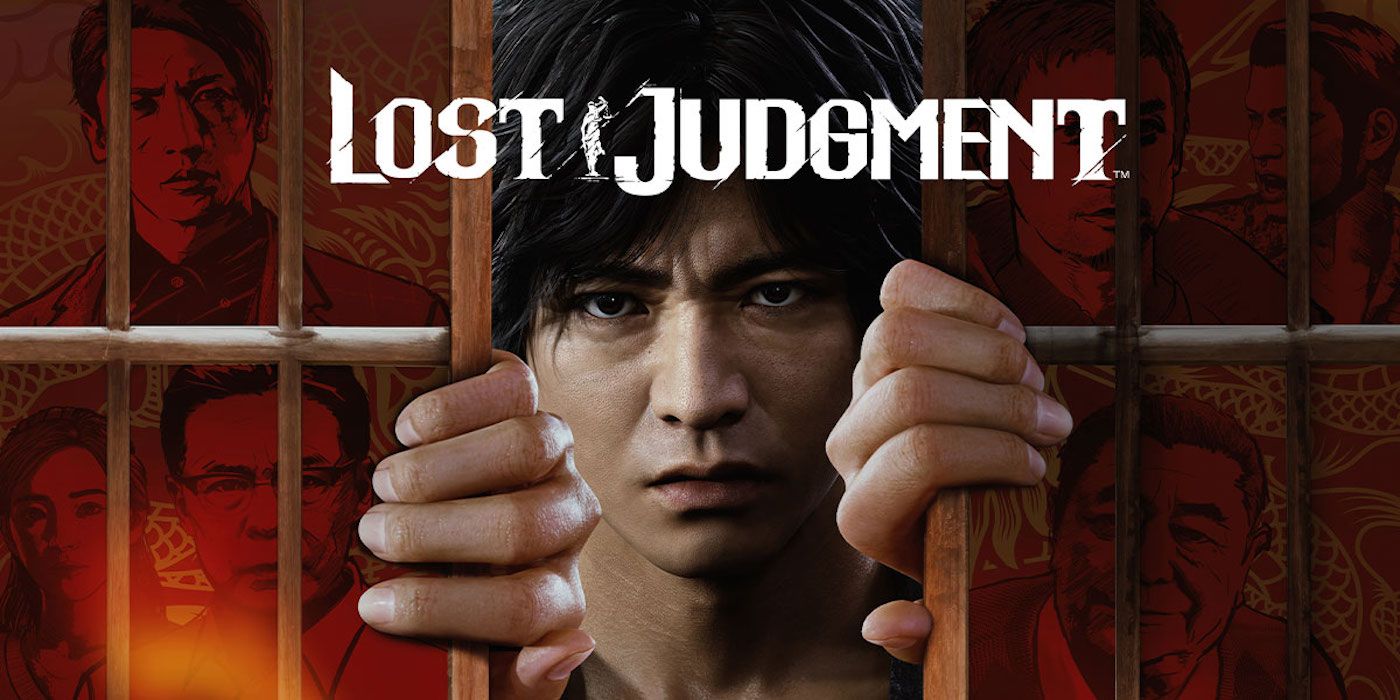 When it comes to the Yakuza franchise, sometimes the spinoffs can be just as fun and entertaining as the mainline games. One recent example of this is the action adventure JRPG Lost Judgement, which is a sequel to the 2018 game Judgement. Just like the previous title, the player controls a lawyer-turned-detective named Takayuki Yagami as he solves crimes by looking for clues, chasing suspects, going through stealth missions, and beating up bad guys.

Although the game is part of a spinoff series, it is its own beast with its own gameplay and plot, and the only similarities are the aesthetics and locations. Compared to the first title, this sequel is a huge upgrade because of its improved stealth and tailing sections. 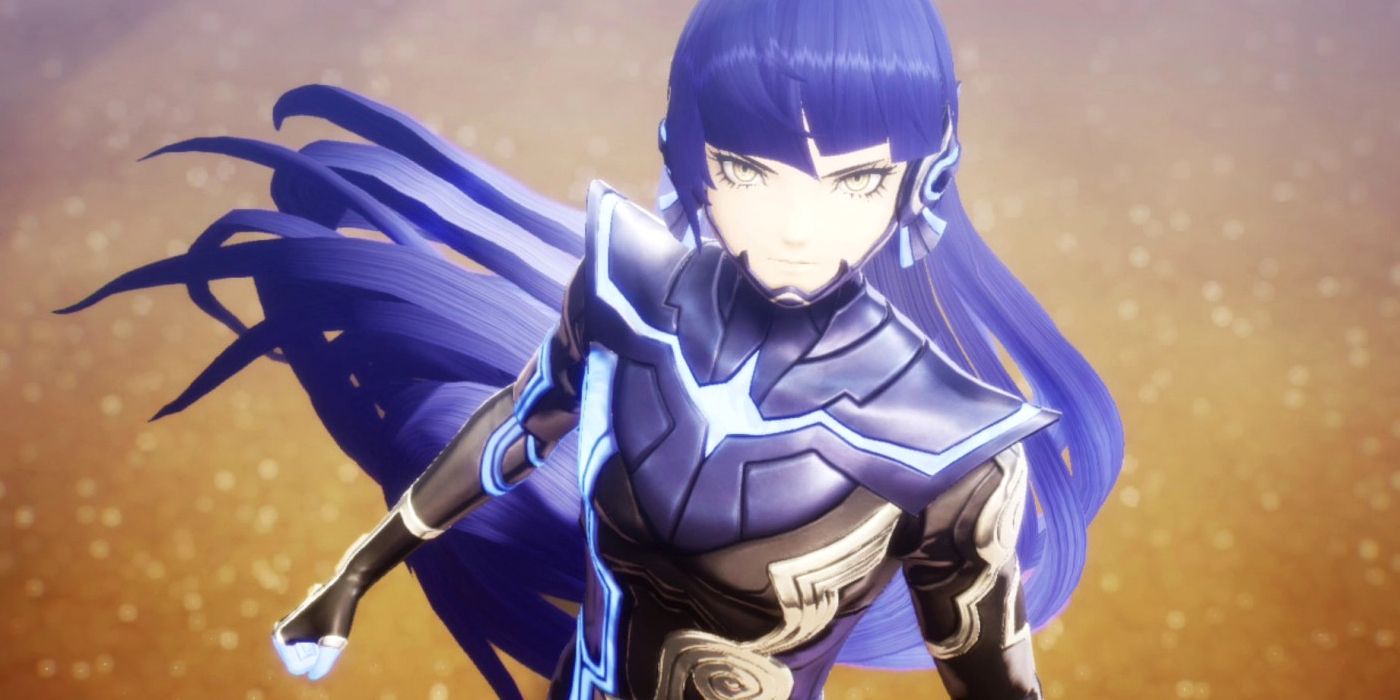 Shin Megami Tensei V is a post-apocalyptic JRPG and the latest installment of Shin Megami Tensei, which is part of the larger Megami Tensei franchise. The game follows a young high school student who finds himself in an alternative version of Tokyo where a war is occurring between angels and demons. After the protagonist fuses with a robotic-like demon named Aogami and becomes a new being known as Nahobino, he must go on a journey to determine the fate of the world.

Similarly to other mainline games in the series, the gameplay mostly focuses on battling, recruiting, and fusing demons. Also, the player will need to decide how they want the world to be, which will lead to several possible endings. This game perfectly encapsulates all the best aspects of previous installments while also introducing some new gameplay and plot elements. 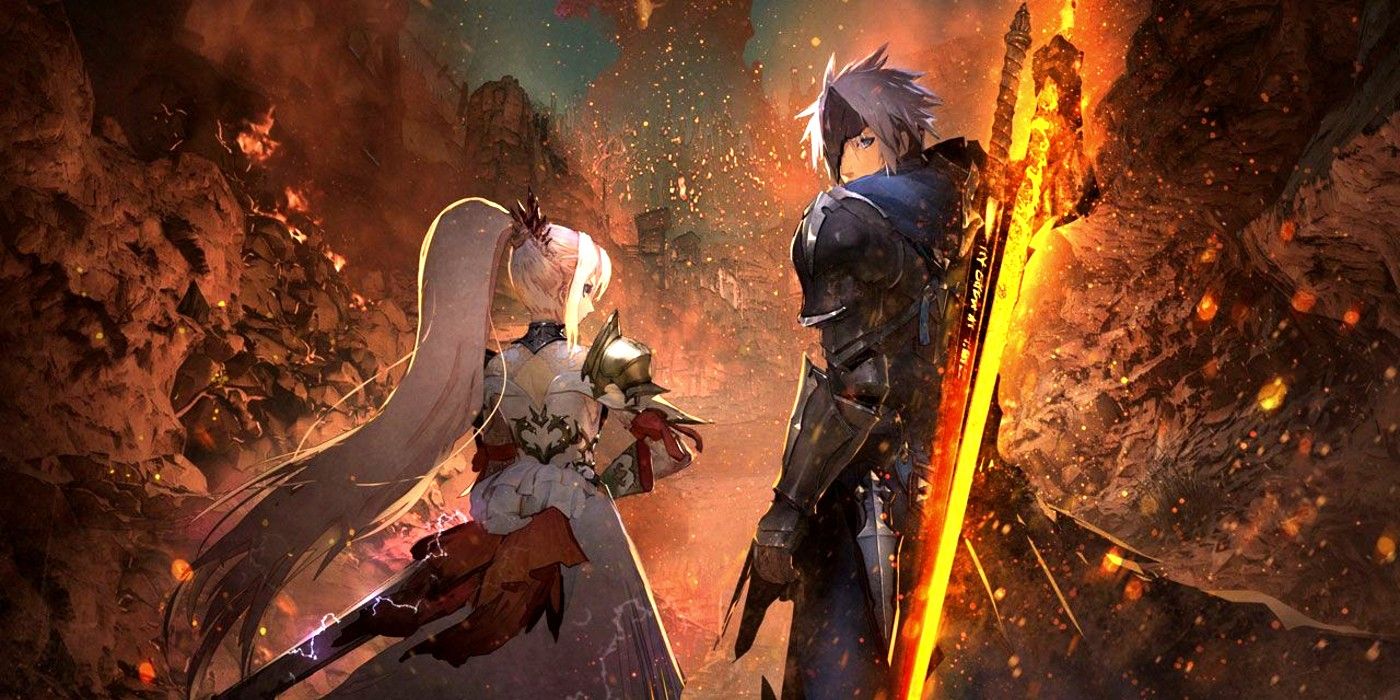 Created as a way to revitalize the Tales series, Tales of Arise is an action JRPG and the 17th main entry in the franchise. The game follows an amnesiac masked Dahnan slave named Alphen who teams up with a Renan woman named Shionne to save the Dahnan people and break Shionne’s curse.

While the battle system is heavily inspired by the 2009 game Tales of Graces and other gameplay aspects are similar to most Tales games, the game does introduce some new mechanics such as “Boost Strike,” which allows party members to execute a special attack together. Also, the typical “skits” in the franchise have changed slightly to a more graphic novel style.

Neo: The World Ends With You 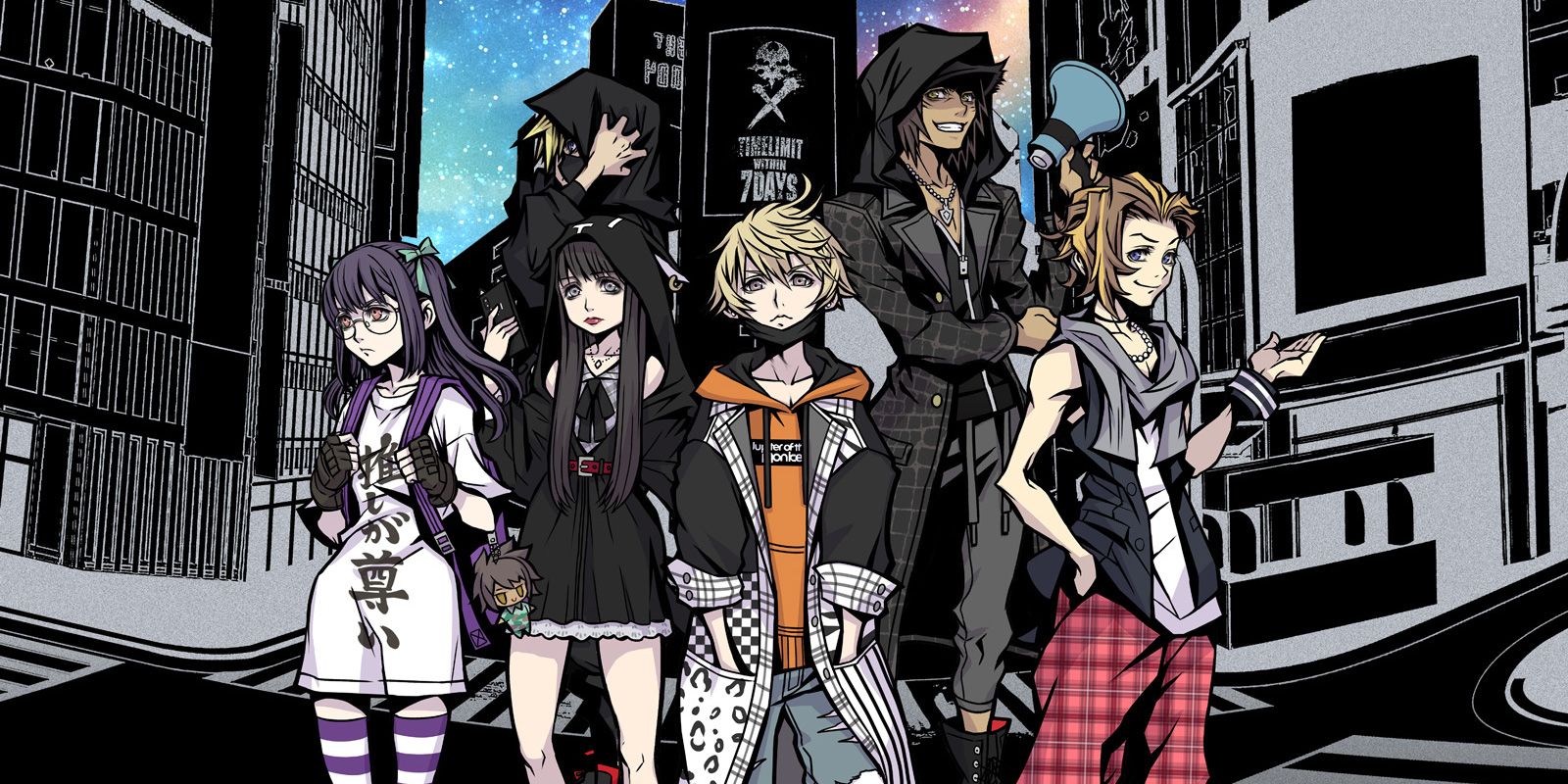 After 14 years, fans of the Nintendo DS cult classic The World Ends With You finally had their prayers answered and received a sequel titled Neo: The World Ends With You. Created by Tetsuya Nomura, who is known for his work on both the Final Fantasy and Kingdom Hearts franchises, this action JRPG follows a high-school boy named Rindo who is forced to play the Reaper’s Game in order to save Shibuya from destruction.

While elements such as using pins known as “Psychs” to battle “Noise” and wearing different outfits to boost stats were simply expanded upon in this sequel, the game improves on the original by updating the graphics, adding a social network, and incorporating new mechanics.