Lucy Hale stars in the AMC+ series Ragdoll that dives into a killer’s crimes. But there are other similar shows like Hannibal that fans should watch. 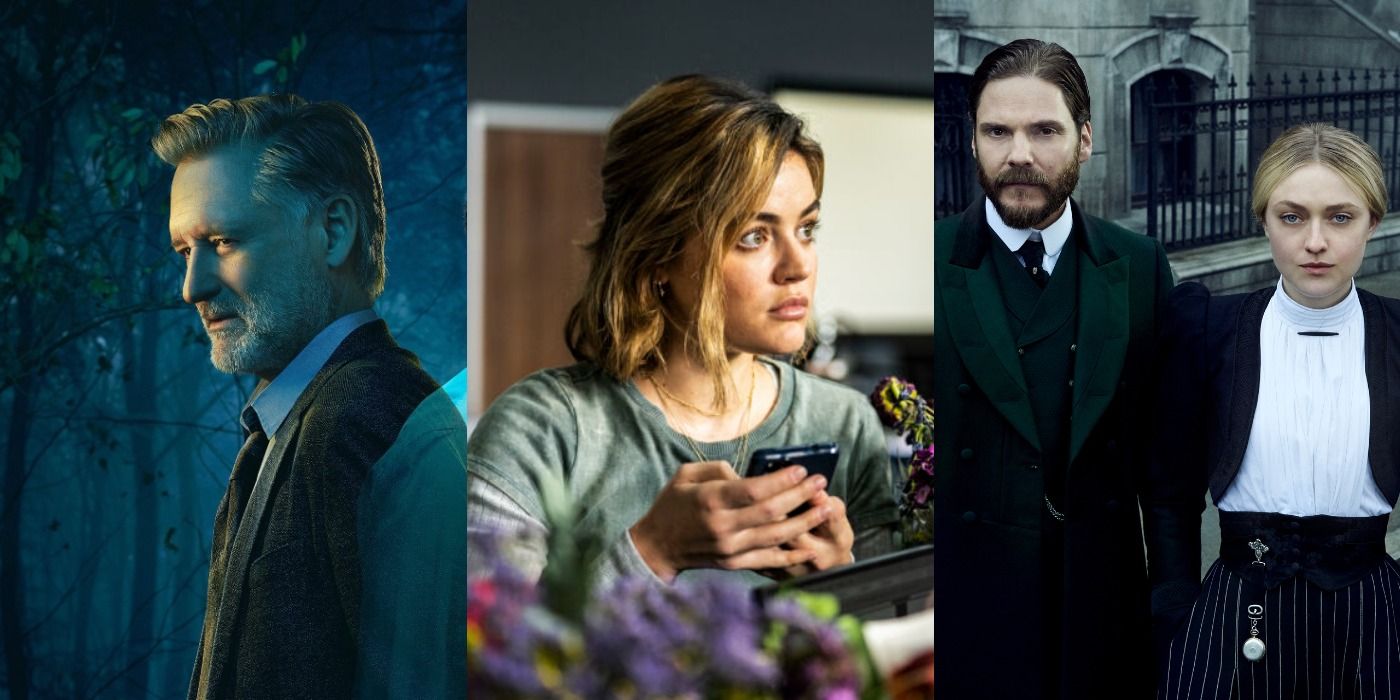 Ragdoll is set to bolster the line-up of AMC+, with the crime thriller series looking into the machinations of a dangerous killer. Lucy Hale leads the show, with her character and her team attempting to catch the antagonist who assembles a grotesque body out of the parts of murder victims as a way to taunt the police.

With Ragdoll limited to only 6 episodes in its first season, it’s better for fans to look for other stories that can provide similar entertainment once they finish with the AMC+ show. These are a good combination of crime, drama, thriller, horror, and take a look into the psychology behind the killers’ activities. 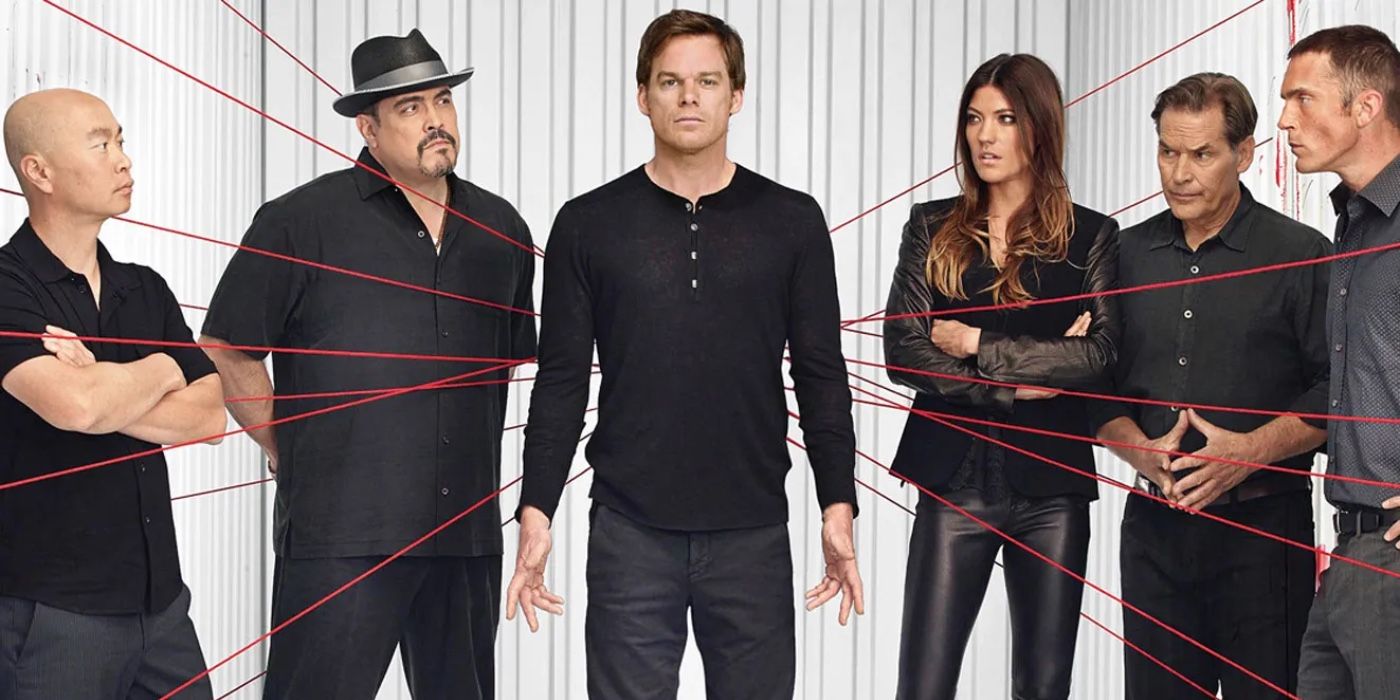 The success of the show is such that many Dexter fans look for similar characters as the protagonist to follow, and he would have done well in Ragdoll as well. Those who enjoy the creativity behind the serial killer’s mystery will have an even larger variety in Dexter, where each season has a new big bad killer that the titular character has to capture.

Dexter himself is a serial killer who follows a code his father taught him to only take the lives of other killers. The show tends to leave out a mystery behind the killers’ identities that Dexter has to deduce. Ragdoll fans will also take to Dexter’s own personality that is complex and drives the narrative. 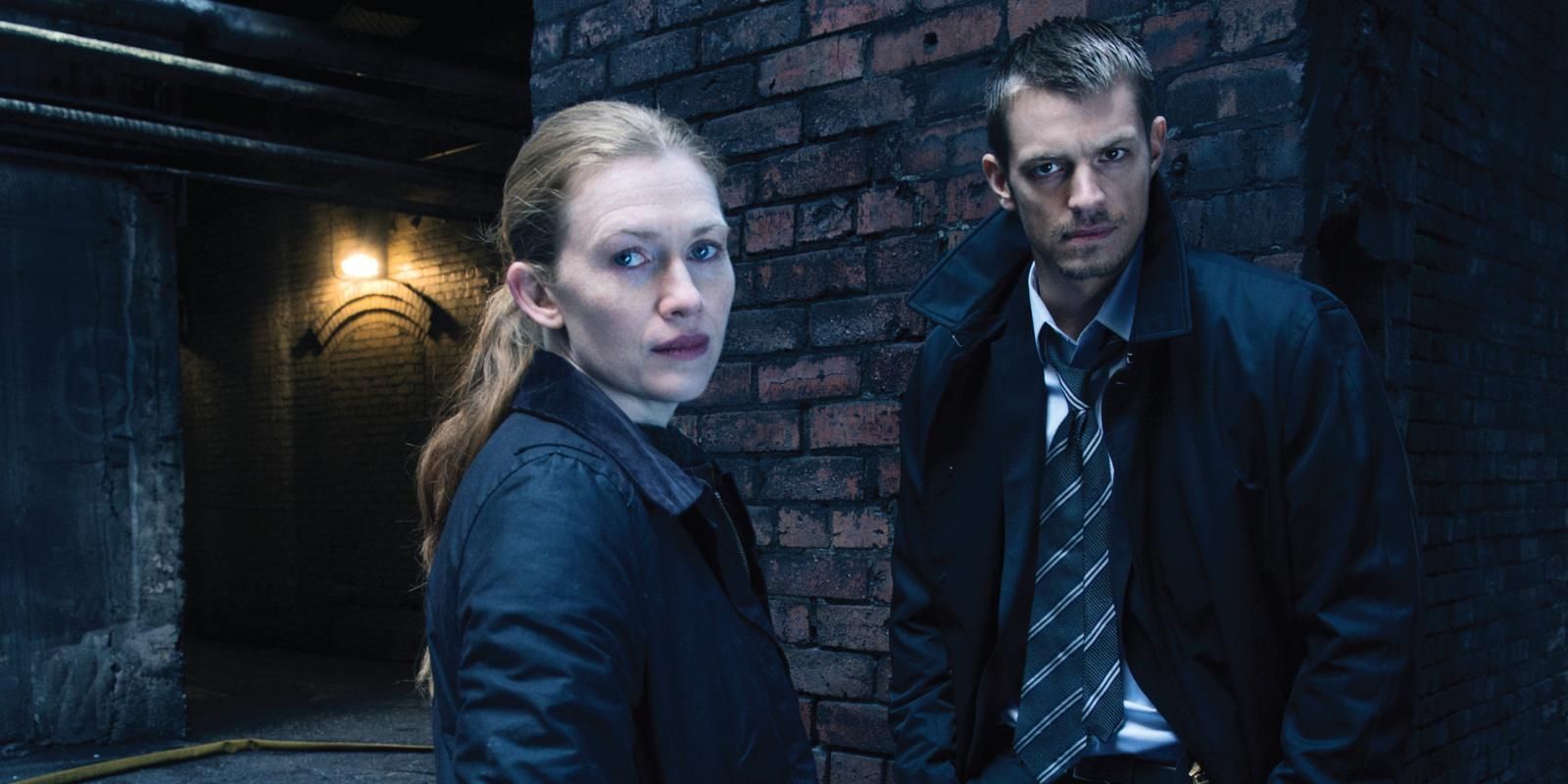 While not an anthology series, the show’s smaller set of episodes does give off an episodic feeling that wraps up all the plotlines together. Sarah Linden (Mireille Enos) and Stephen Holder (Joel Kinnaman) are a detective duo tasked with finding the killers whose actions impact families with influence.

The focus is more on the investigations rather than the killings, but Ragdoll viewers will like the dynamic between the main lead and how their chemistry ties into the plot. There’s also the hook of the mystery behind the killers’ motives and the way they managed to pull off their crimes. 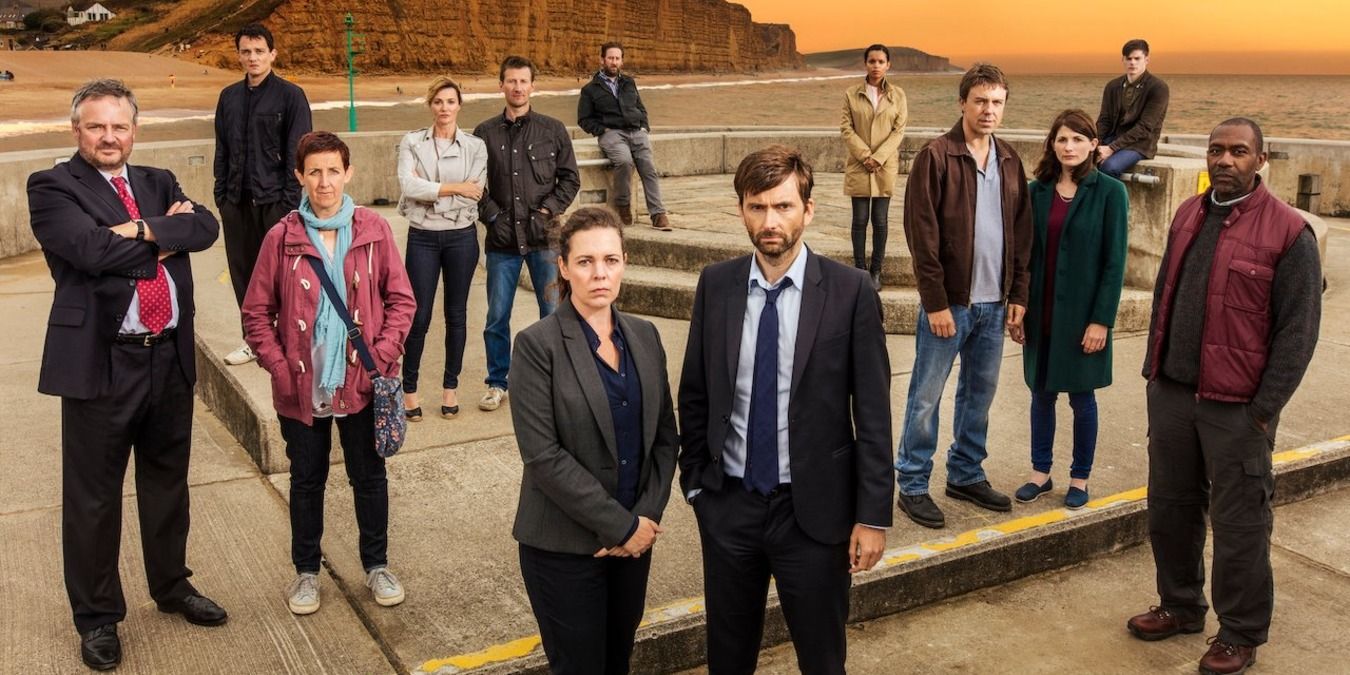 Detectives Alec Hardy (David Tennant) and Ellie Miller (Olivia Colman) are partnered to solve the murder of an 11-year-old boy in the town of Broadchurch. The first two series revolve around this crime, while the third one sees the assault of a woman and the protagonists’ investigations over the man’s identity.

Those who have checked out Ragdoll will know that the killer shows no remorse for their actions, which is the basis of Broadchurch as it looks into the minds of the guilty party and what drove them into committing their heinous crimes. Even the innocent characters display questionable behavior that ultimately makes the series a real whodunit mystery. 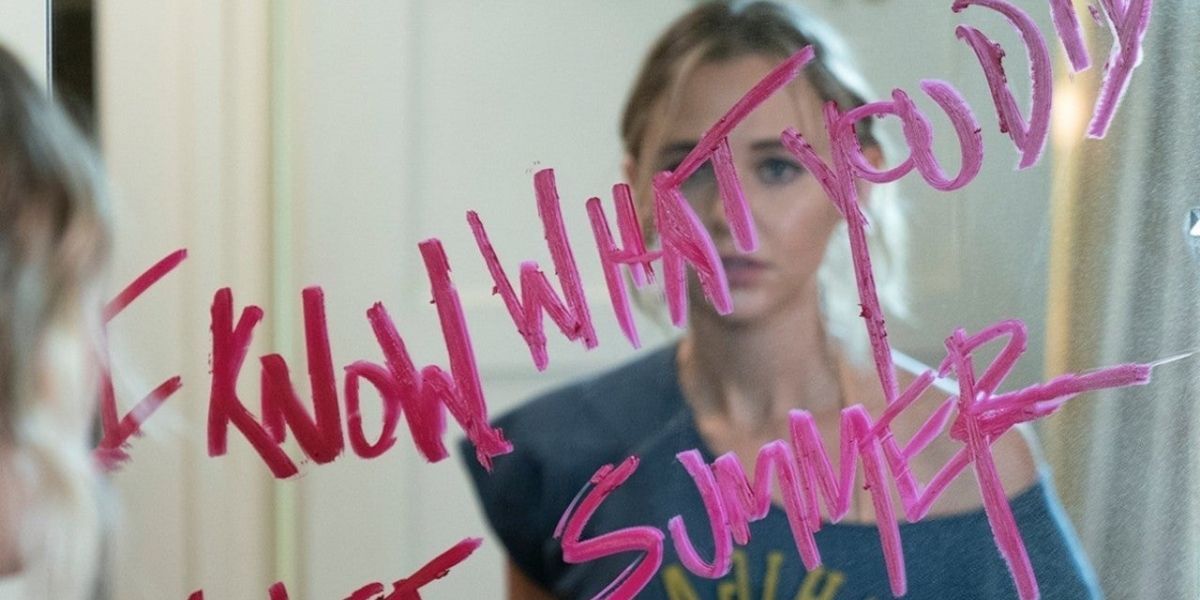 The original movie remains a horror that subverted viewers’ expectations and was an intriguing story for a teen-based plot. The TV show is a modern take that sees a killer stalk a group of teenagers because of their role in covering up a car accident that they were a part of.

Ragdoll’s primary premise is the killer leaving out clues for the police to catch them and the cat-and-mouse game is what drives the plot. Similarly, this series’ main appeal is the fact that the killer knows the teenagers’ identities and is playing a game with them to antagonize the characters that he intends to stalk and kill. 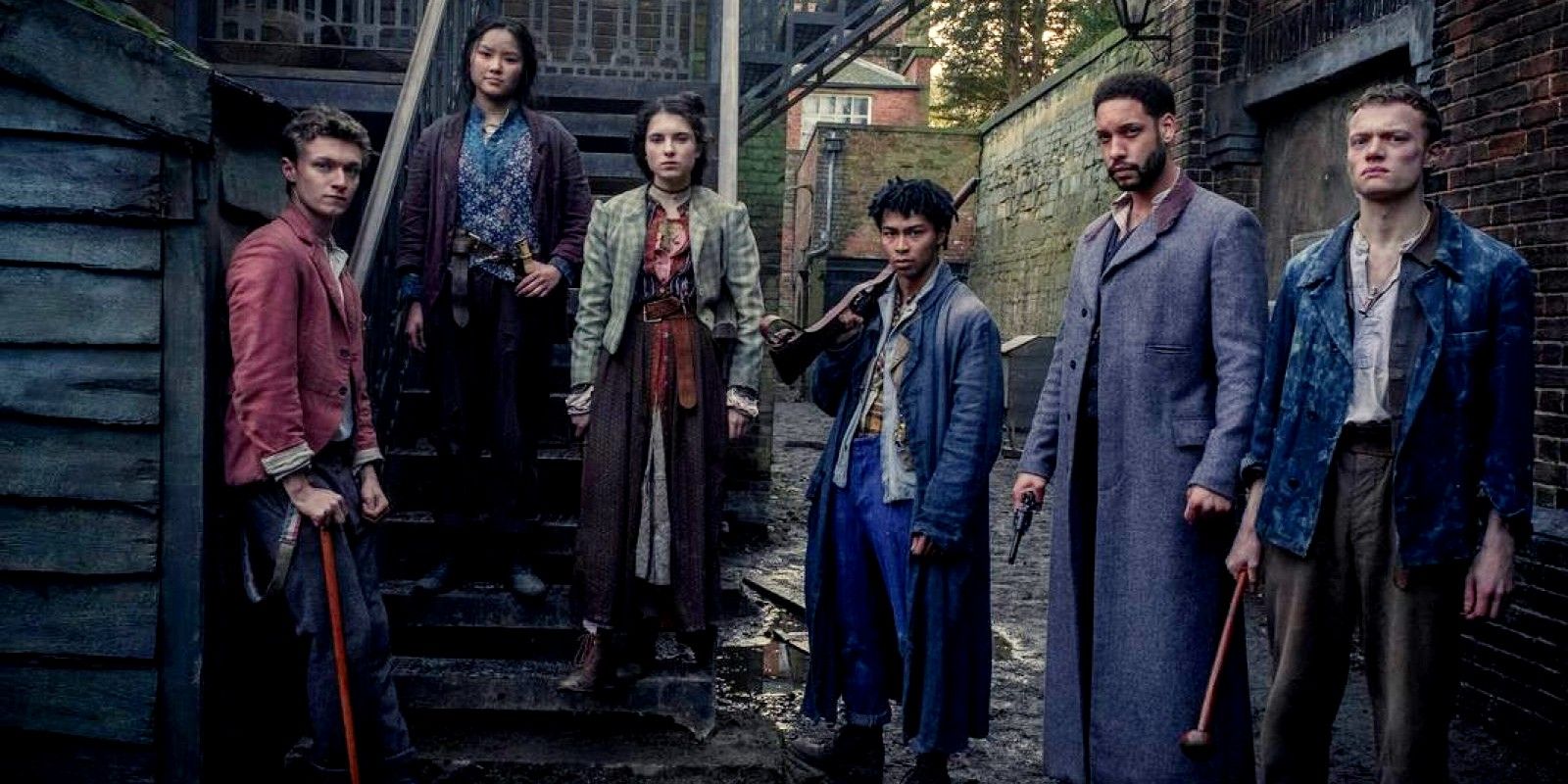 The popularity of this series has ushered in an interest in shows similar to The Irregulars, which makes it an easy watch for Ragdoll enthusiasts. The series is an interesting blend of the supernatural and crime drama genres, focusing on young crime-solvers in Victorian London.

Assembled by John Watson, the teenagers go around the city in a bid to find Sherlock Holmes after his disappearance. While it doesn’t have the same gory appeal that Ragdoll does, the show does dive into heavy material that brings the characters face to face with dangerous killers. 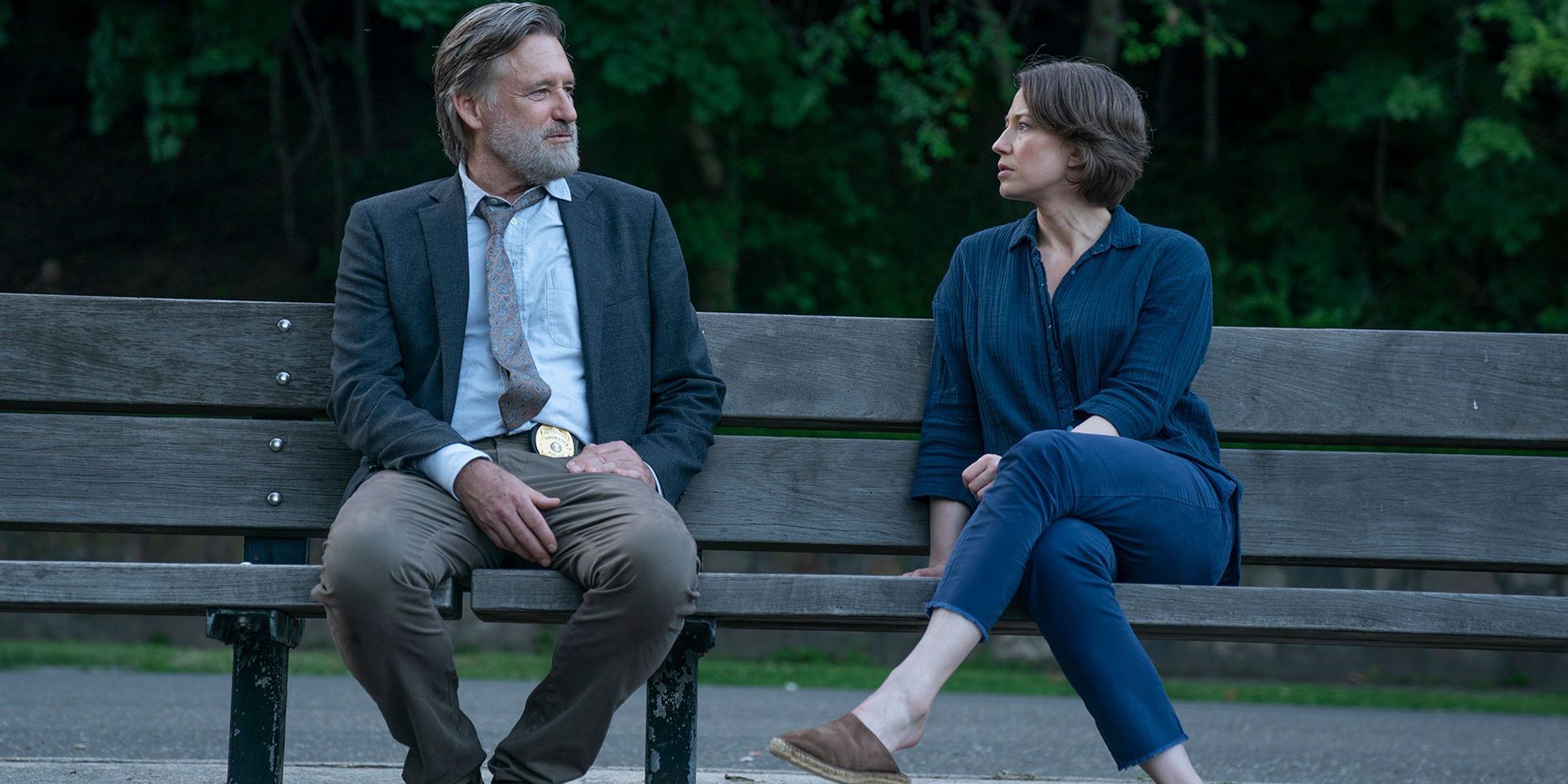 A part-anthology and a full-on crime drama, Bill Pullman stars in this series as Detective Harry Ambrose, who dives into the past of a series of killers to unearth the reason behind their actions. Each time, Harry ends up finding a much larger secret that completely changes the context of the crimes.

Ragdoll focuses on the psyche of the killer, with the main characters seeking to understand it in order to find the culprit. The Sinner will appeal to fans of the former series particularly because it offers a different lens to see the criminals with. While their horrifying actions aren’t downplayed, they are given proper justification. 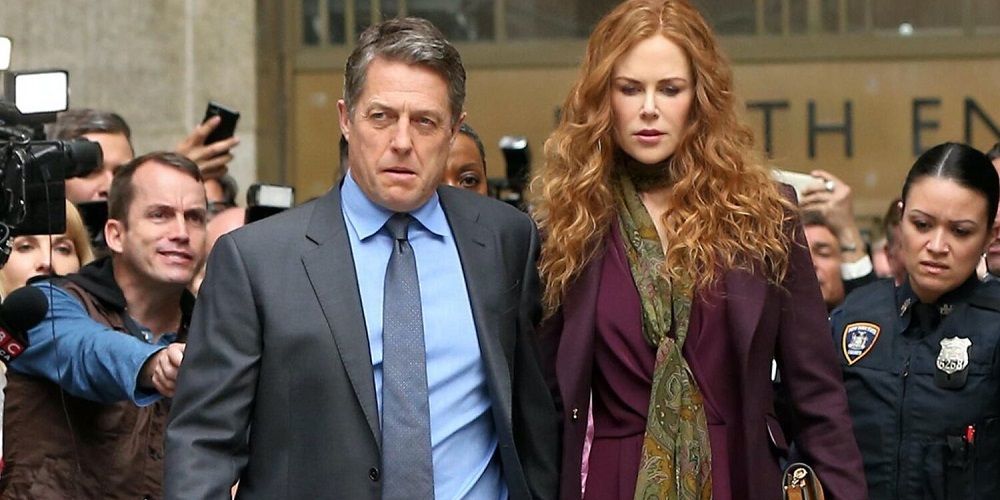 Fans are well aware of facts about The Undoing’s cast because it stars A-listers Nicole Kidman and Hugh Grant. However, they play very much against type in this psychological thriller, where their married characters are accused of killing a woman who had a wild obsession with them. The story surrounds the mystery behind who the murderer might be.

Paranoia can be the greatest asset of a thriller series, which The Undoing wholeheartedly proves, as the scary quality comes from the ambiguity behind who the guilty party is. Ragdoll’s premise deals with the same thematic quality, so fans will take to The Undoing, especially due to the many twists involved. 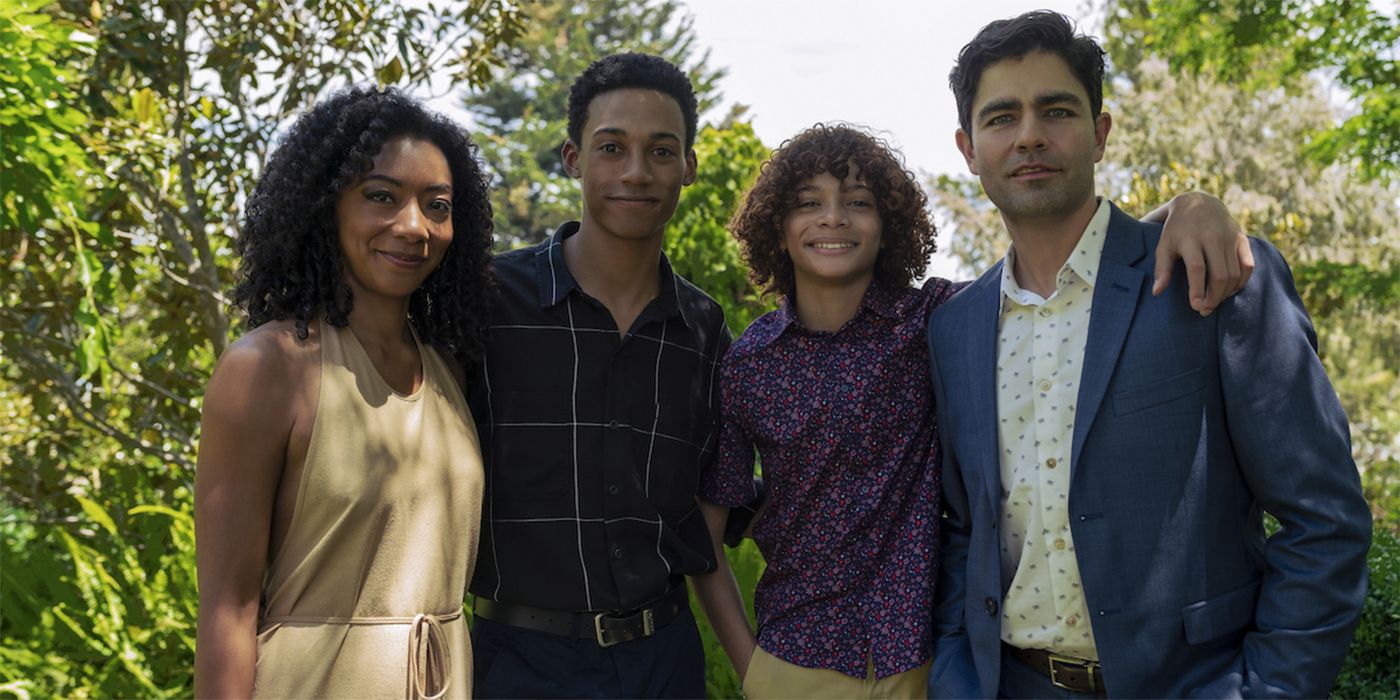 There’s probably no show that has pretty much an identical presentation of its mystery with Ragdoll as this one. It starts off with a family man kidnapped, with a viral video revealing that he will die when its views reach over 5 million.

What’s interesting about Clickbait is that it delves into both the race against time to find the victim and the resulting fallout after the incident. The show also features a variety of twists that reveal a larger plot behind the kidnapping, all of which are elements that can be found in Ragdoll. 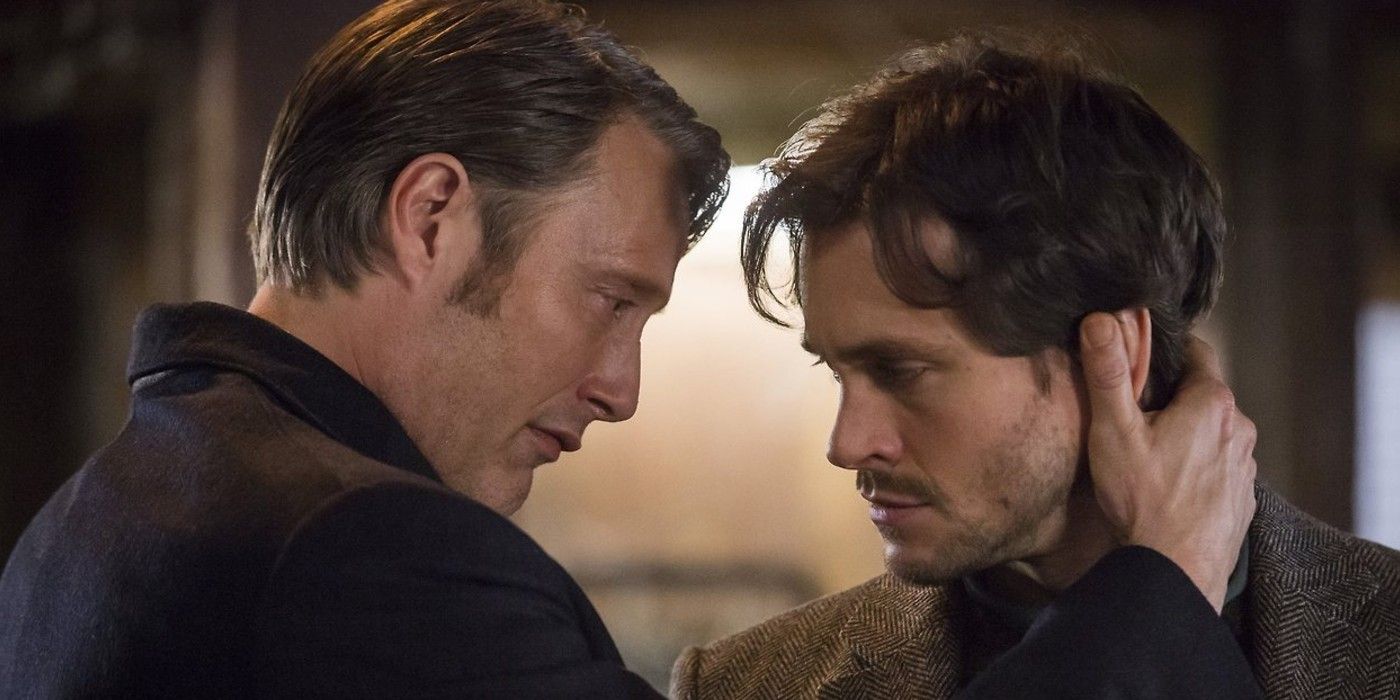 FBI profiler Will Graham (Hugh Dancy) is recruited to bring down the cannibal Dr. Hannibal Lecter (Mads Mikkelsen), although the two turn out to have such an unexplainable bond that the men become attracted to one another despite Will’s attempts to catch Lecter.

This psychological horror features perhaps an even more diabolical mind than the killer in Ragdoll, so fans of the series will love to sink their teeth into Hannibal. The famed character is just as scary in this TV series, where an additional aspect of Will and Hannibal’s emotional connection serves as an even bigger hook for viewers to stay tuned. 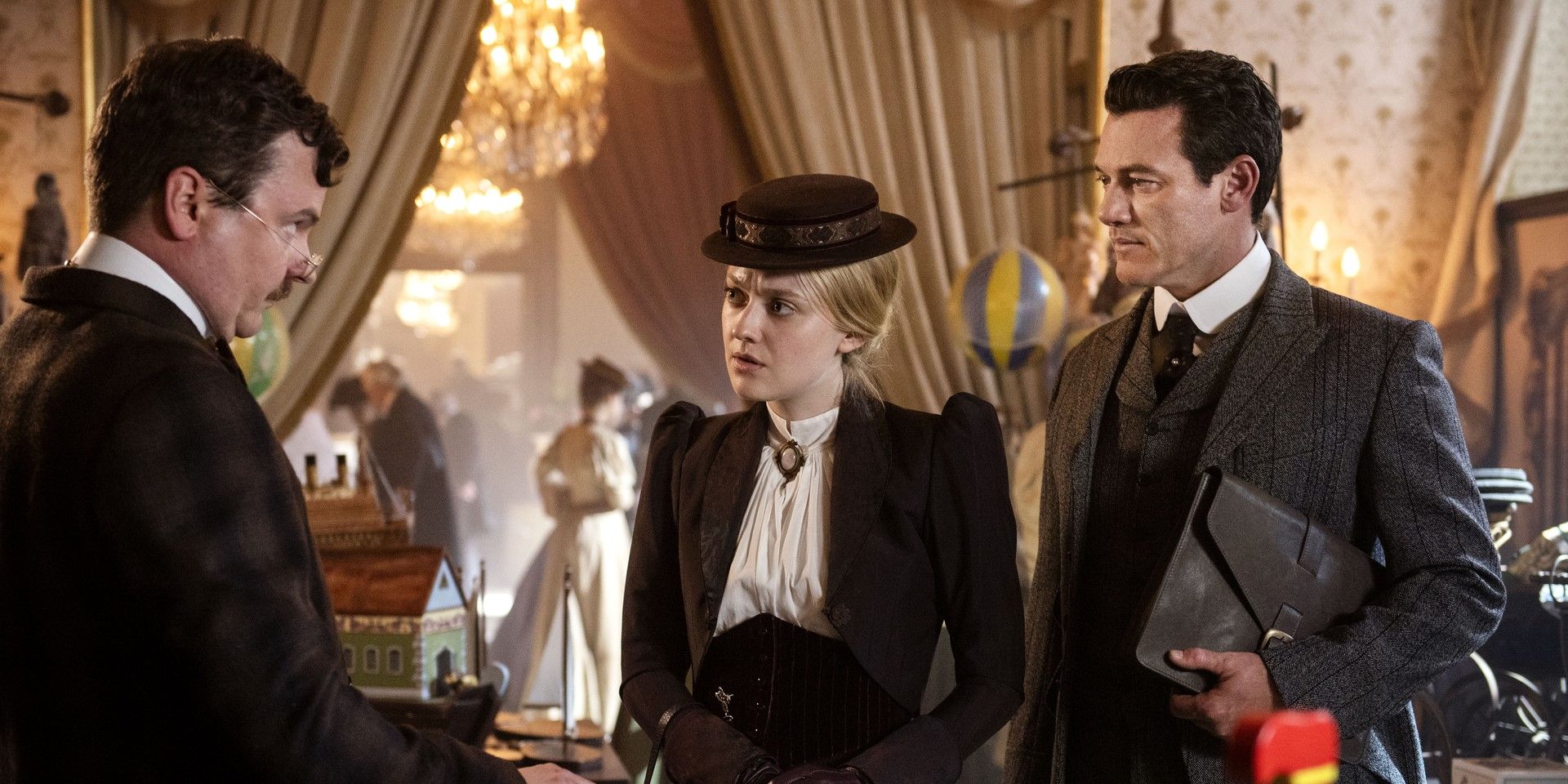 Set in 1896, this period drama thriller is about the titular psychiatrist, Lazlo Kreizler (Daniel Brühl), who teams up with a journalist and Theodore Roosevelt’s secretary to find a killer who’s been murdering street children. Kreizler’s clever use of psychology allows him to understand the thinking process behind the crimes that have been committed.

Ragdoll has plenty of alternatives that are set in the present day, so it’s worth checking out this series that takes the premise way back over a century ago. It’s an efficiently made series that has steady pacing, which gives enough time for viewers to speculate who the killer might be.