There are only 10 episodes left before Arrow comes to an end, but there are several characters we’d like to see one more time before it does.

You Are Reading :10 Characters We Want To See Return On Arrow Before It Ends 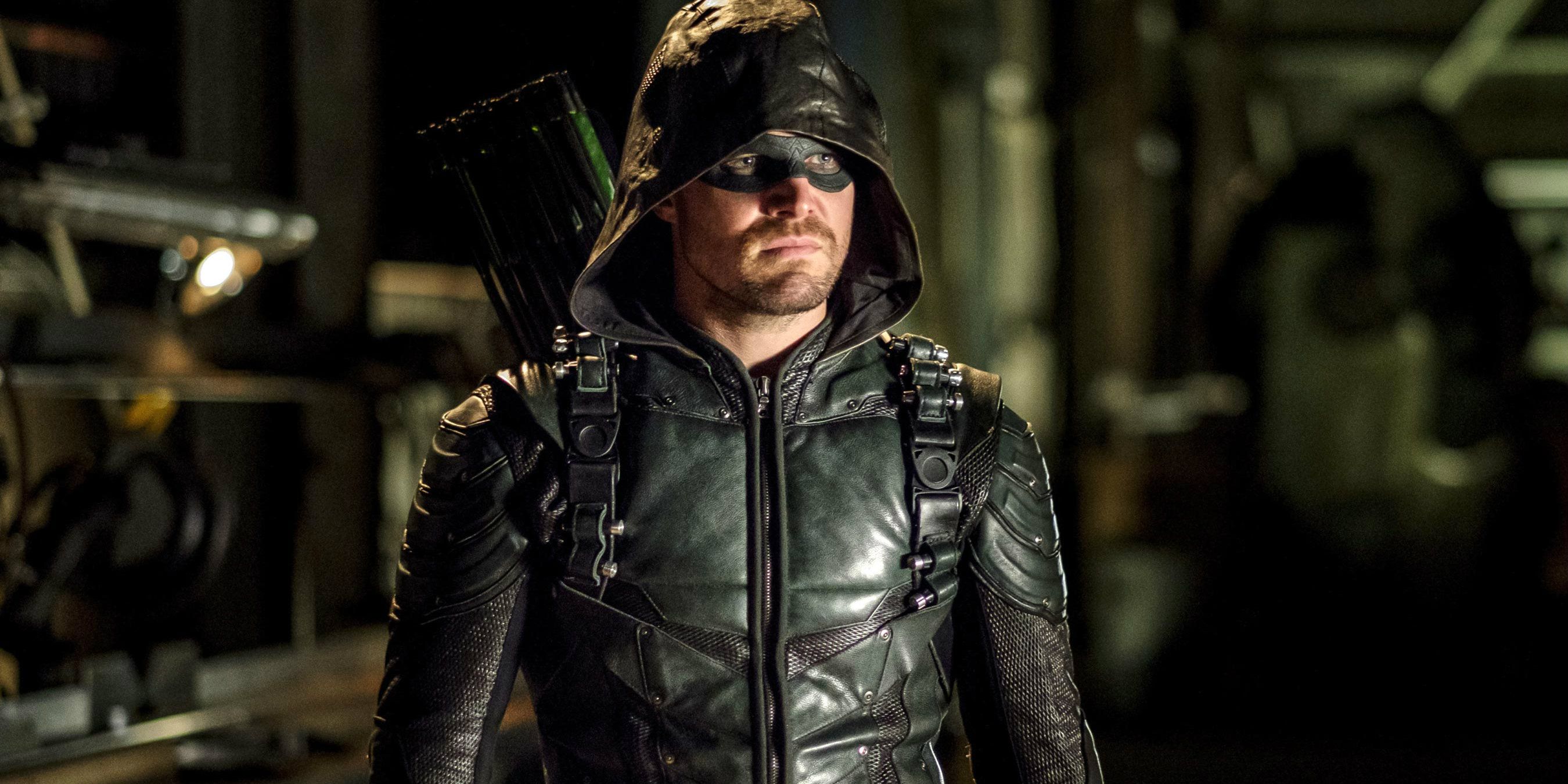 There are only 10 episodes left until Arrow comes to an end. With such a brief eighth season to wrap up the harrowing and heroic story of Oliver Queen, there isn’t much time left for the show to walk down memory lane.

After the seventh season finale’s game-changing final moments, it’s hard to know what’s in store for fans when the show returns in the fall. What we do know is that before the series finale of Arrow concludes, there are several characters we’d like to see one more time. This is our wish list of the characters we hope return in Arrow’s final season. 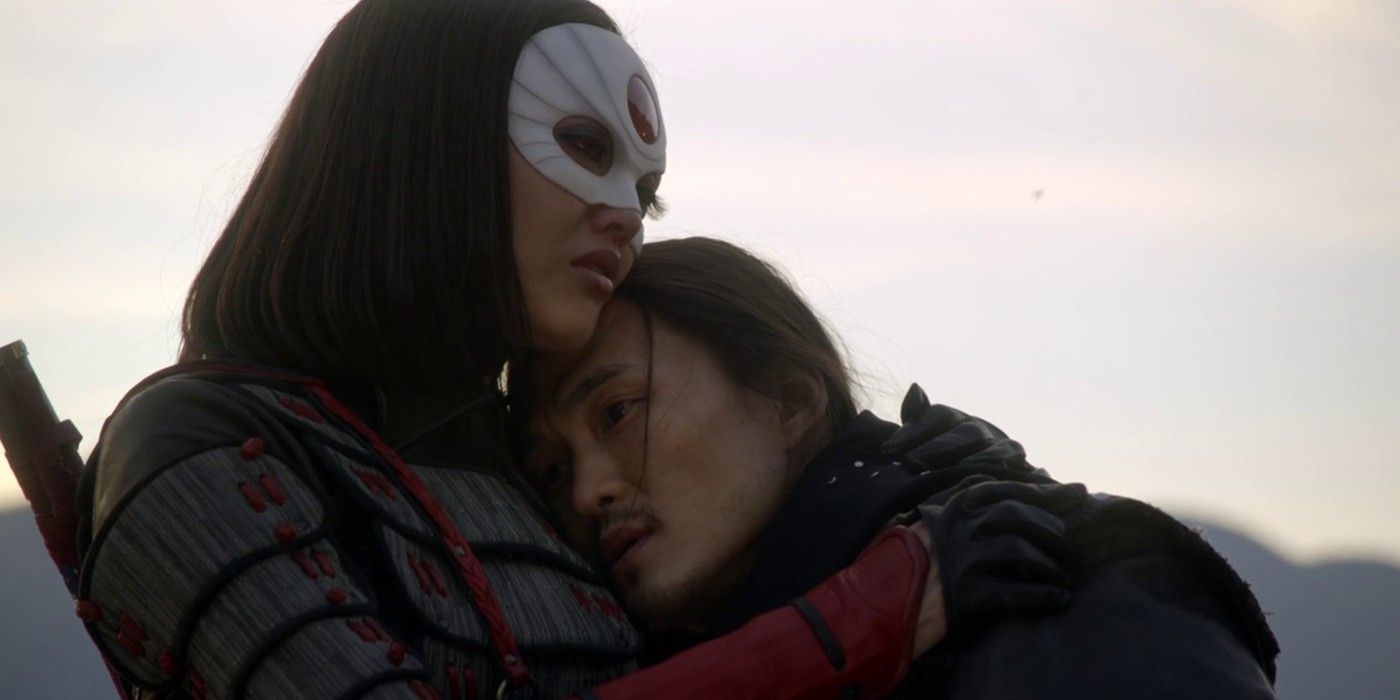 The sad story of Tatsu and her family was a major part of Arrow’s third season. After her young son perished and she was forced to take out her husband, she decided to live a life of solitude. While she has helped Oliver and his friends on occasion, she hasn’t been seen since Season Five.

Tatsu was a loyal, caring individual who happened to have wicked sword and martial arts skills. In a show full of fierce warriors, Tatsu embodied a different attitude towards combat. She fights when she has to but she was also a talented healer. Before Arrow ends, it would be interesting to see how her story has continued to unfold since we last saw her. 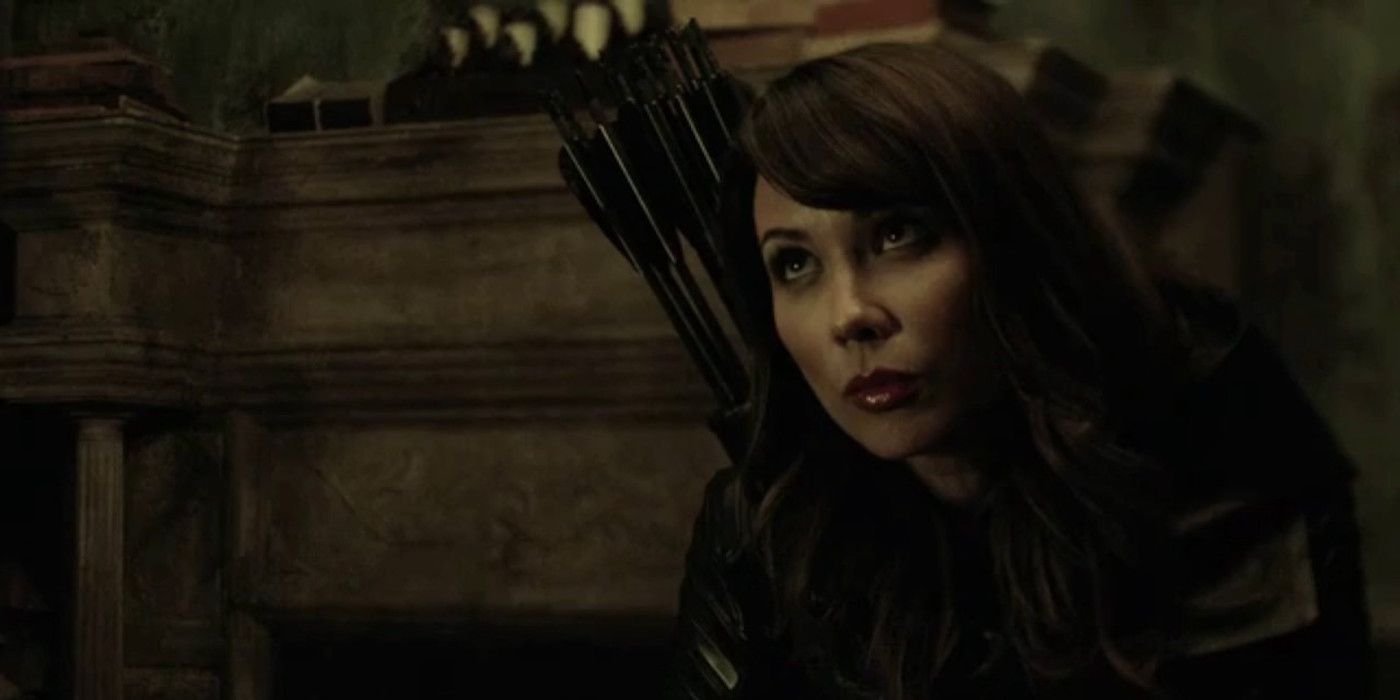 Talia was originally Oliver’s mentor, but after he took out her father, Ra’s al Ghul, she turned against him. While she’s smart and a masterful fighter, she often came off as one-dimensional. That is, until she reconnected with Oliver at Slabside Prison, where they both found themselves at the mercy of the psychiatrist Jarrett Parker on Level Two.

There, Talia showed that there was more to her, and that she was capable of more nuance and understanding than it appeared. She partnered with Oliver to escape the prison and helped him get information to Felicity to expose what was happening on Level 2. Now that Talia’s back out in the world, we’d love to know what this morally gray character’s been up to. 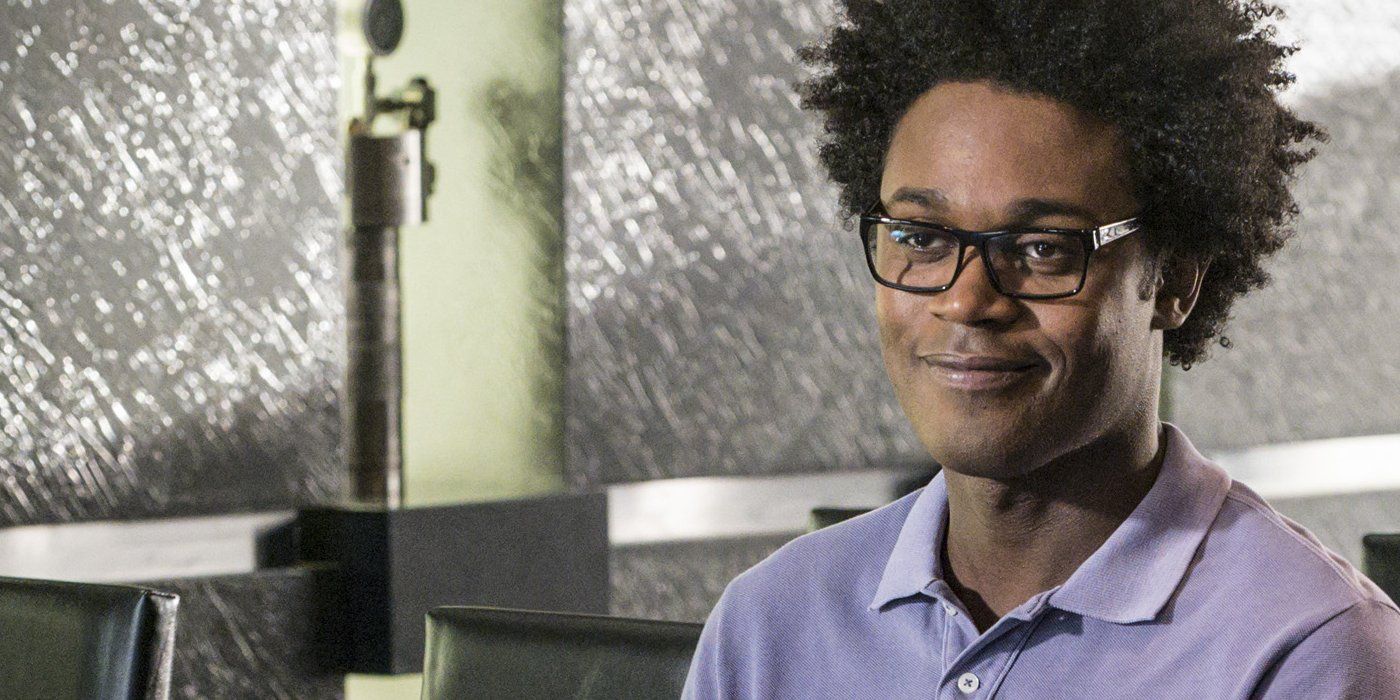 Curtis left halfway through Arrow’s seventh season and made a welcome return in the seventh season finale. He’s had quite the character arc on Arrow, starting as a genius tech guru and evolving into the vigilante Mr. Terrific. His eventual rejection of the danger of the vigilante lifestyle led Curtis to stop going out in the field and eventually to leave the team entirely.

Despite some difficult storylines that challenged the character, Curtis was always a welcome counterpoint to some of his more serious colleagues. Curtis could bring a sympathetic ear and breezy attitude to different situations in a way many of the other characters couldn’t. He would be a welcome presence in the final season, even if it was just for a guest spot. 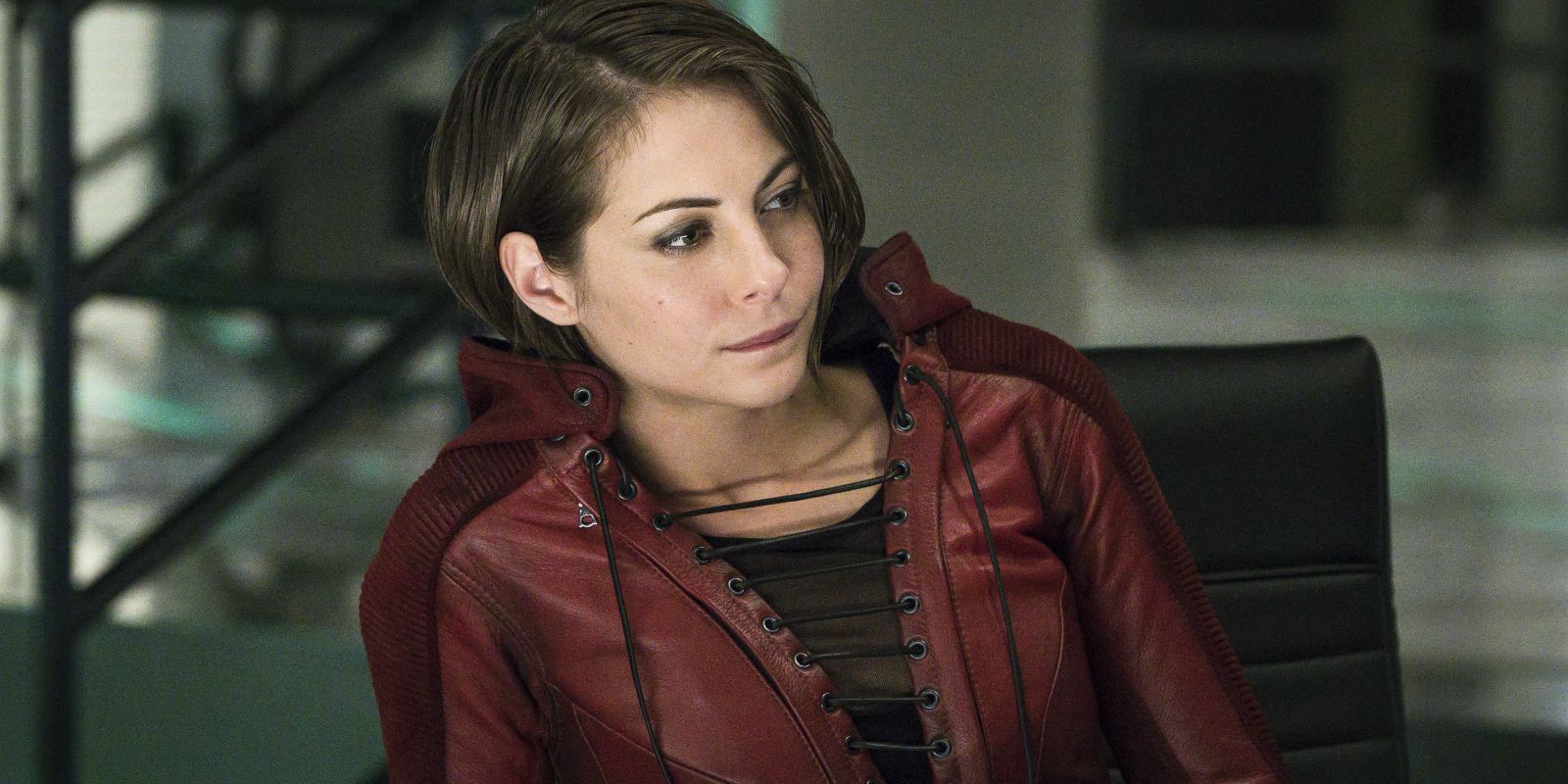 Oliver’s sister Thea hasn’t been seen since taking off with Roy Harper and Nyssa al Ghul to find and destroy Lazarus Pits in Season 6. Until then, Thea was a mainstay of the show. While she was initially a troubled kid when Arrow started, she eventually learned to fight and joined the vigilante team. While she eventually stepped back from that role, she was always an important presence in Oliver’s life.

As a result, her absence from the show has taken the series further away from its roots. Thea was always a grounding presence for Oliver and it would be fun to see their sibling dynamic again, even if only briefly, before Arrow ends. 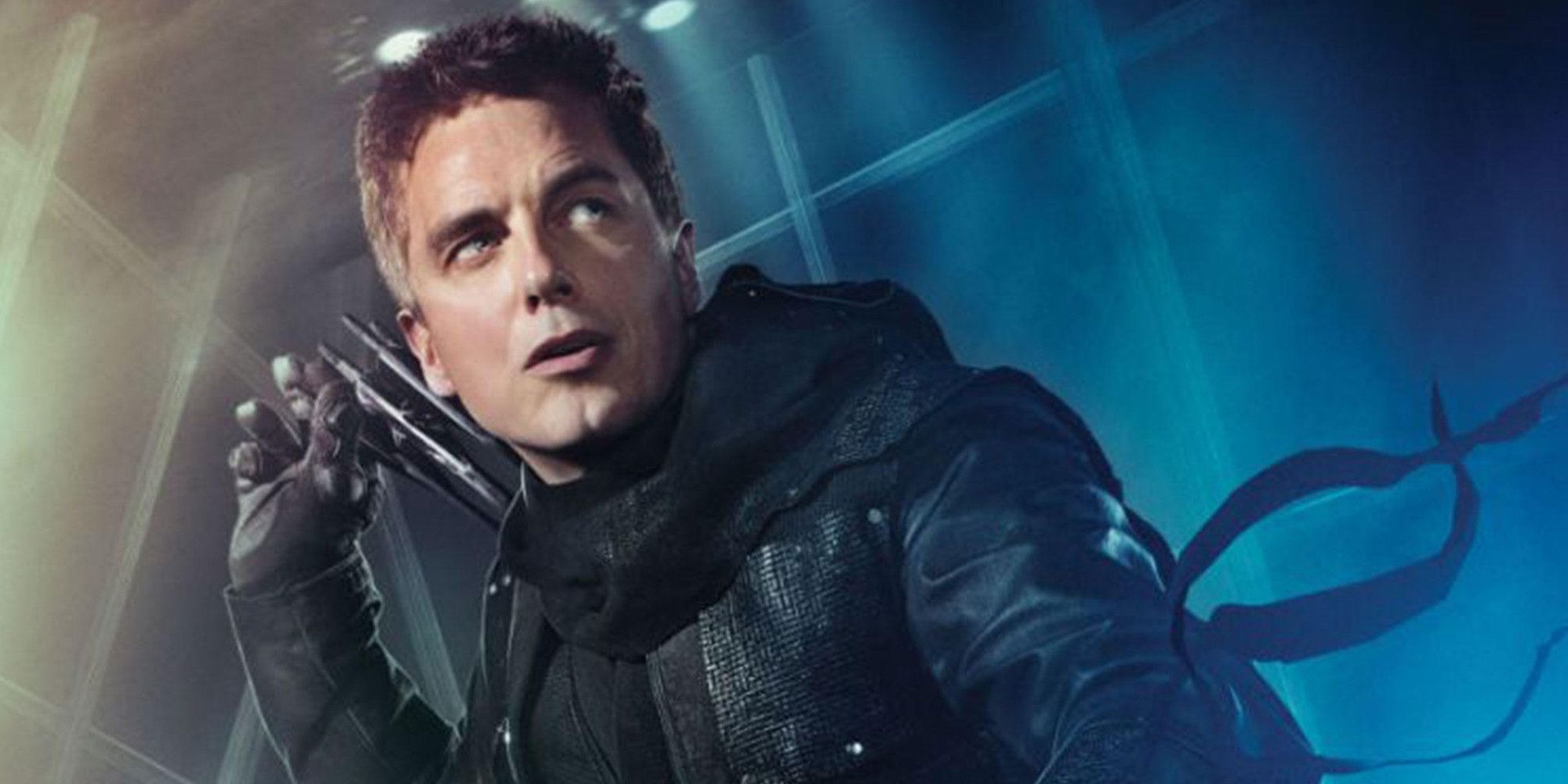 Malcolm Merlyn sacrificed himself on the island of Lian Yu at the end of Season 5, but as anyone who’s seen an Arrowverse show can tell you, deceased doesn’t always mean gone. Given that different versions of characters from the multiverse have made appearances over the years, the same could happen with Malcolm Merlyn.

Although the man was a villain for most of the series, he was able to show compassion and other positive qualities on occasion. Given his legacy with Team Arrow, he’d be a fun character to welcome back, especially if he was a different version from another Earth. 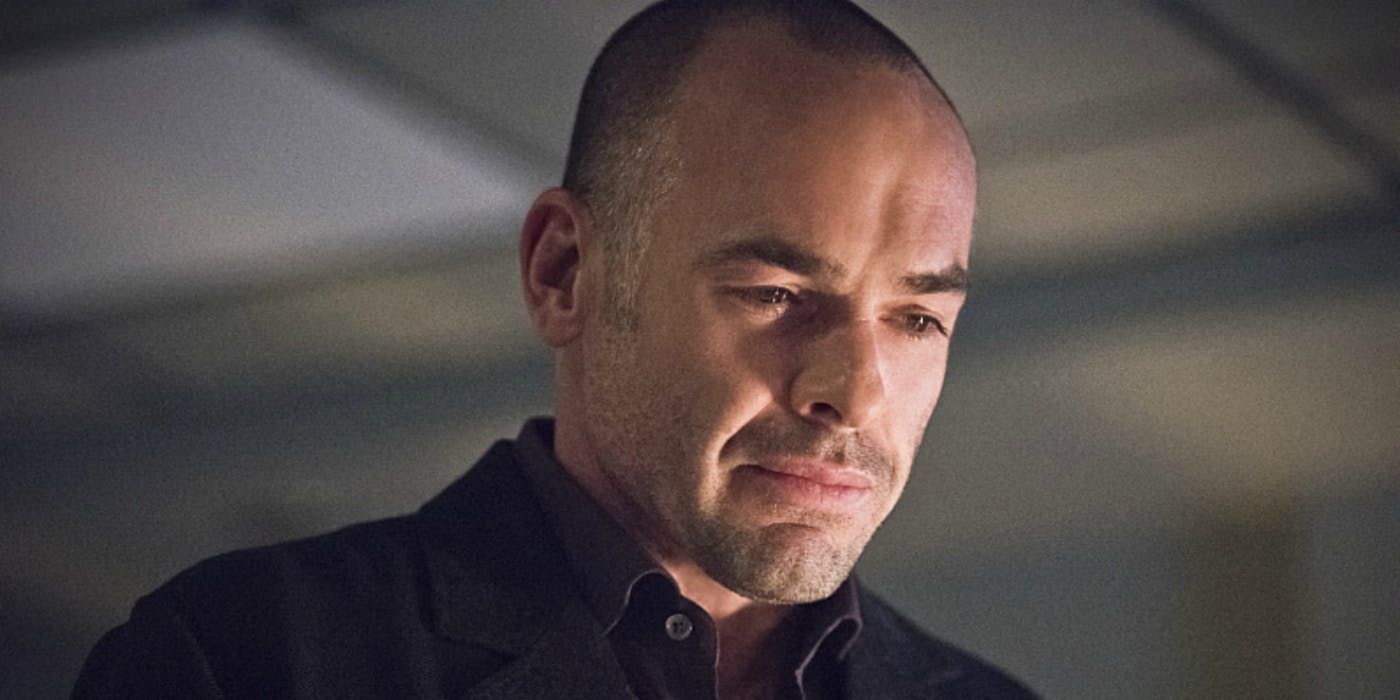 Quentin Lance was another character who was a major presence on Arrow for most of its run. The character went through a lot during that time, especially due to the loss of both of his daughters. Yet Quentin also proved to be a mature, thoughtful character who could see the value of vigilantes at the same time that he worked as a police officer. So, when he perished towards the end of Season 6, it felt like a big loss.

Quentin is someone who’s seen the best and worst of Oliver Queen’s time as a vigilante. As a result, including his perspective on the legacy of the Green Arrow, perhaps in a flashback, would be a valuable addition to the show’s final season. 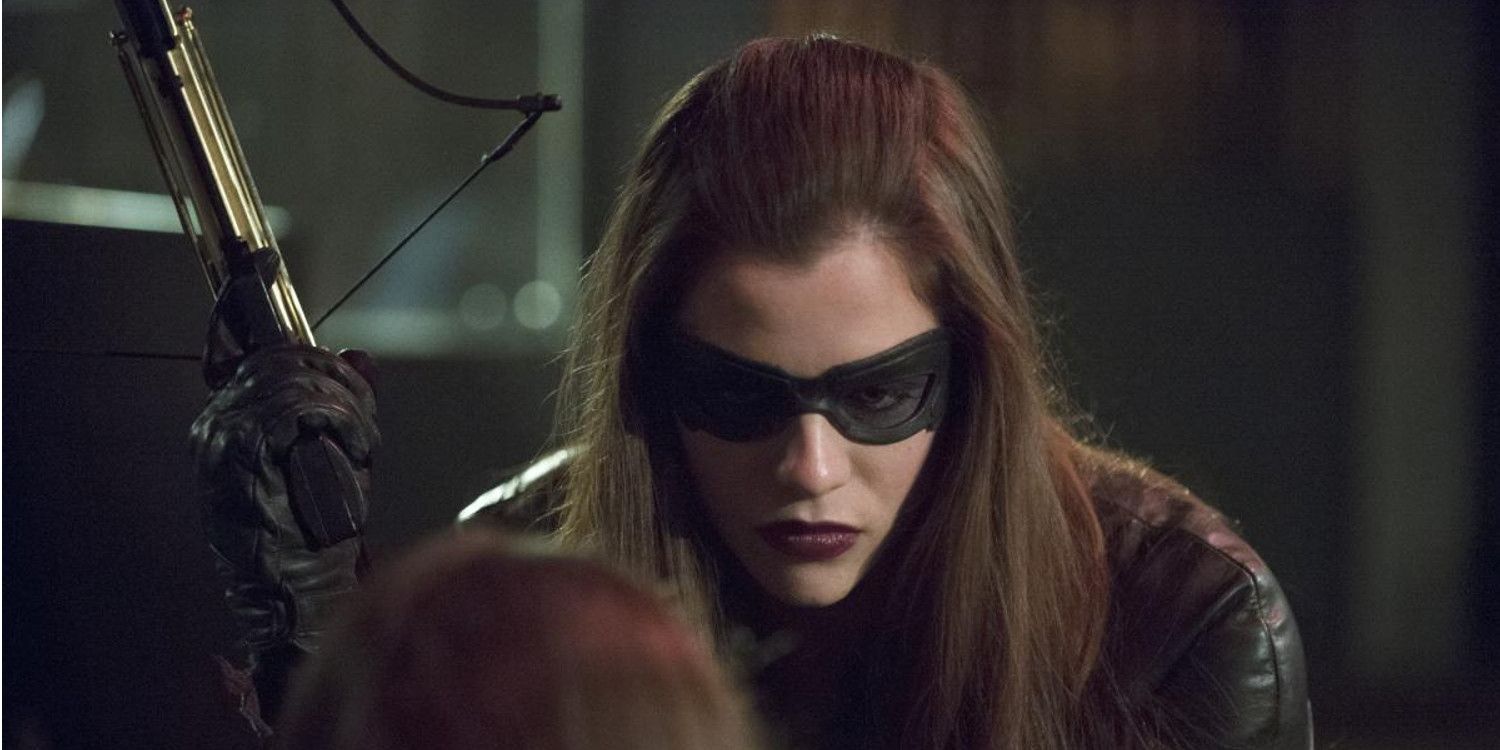 Helena Bertinelli only appeared in a few episodes of Arrow, mostly in Season 1, but that doesn’t mean she didn’t make an impression. Helena wanted to bring her mob boss father to justice. Initially, her goal was to go through legal channels, but once her father had her fiancée taken out, she decided to take matters into her own hands.

While Helena’s tactics were brutal, she and Oliver had a lot in common because of the similar missions they had taken on. At the time, she was one of the few people Oliver could be completely honest with. While Helena was unwilling to give up her vendetta, she was fully aware of what she was doing and what it was doing to her. Her long disappearance from the show was unfortunate, but seeing her again before the finale would help make up for the absence. 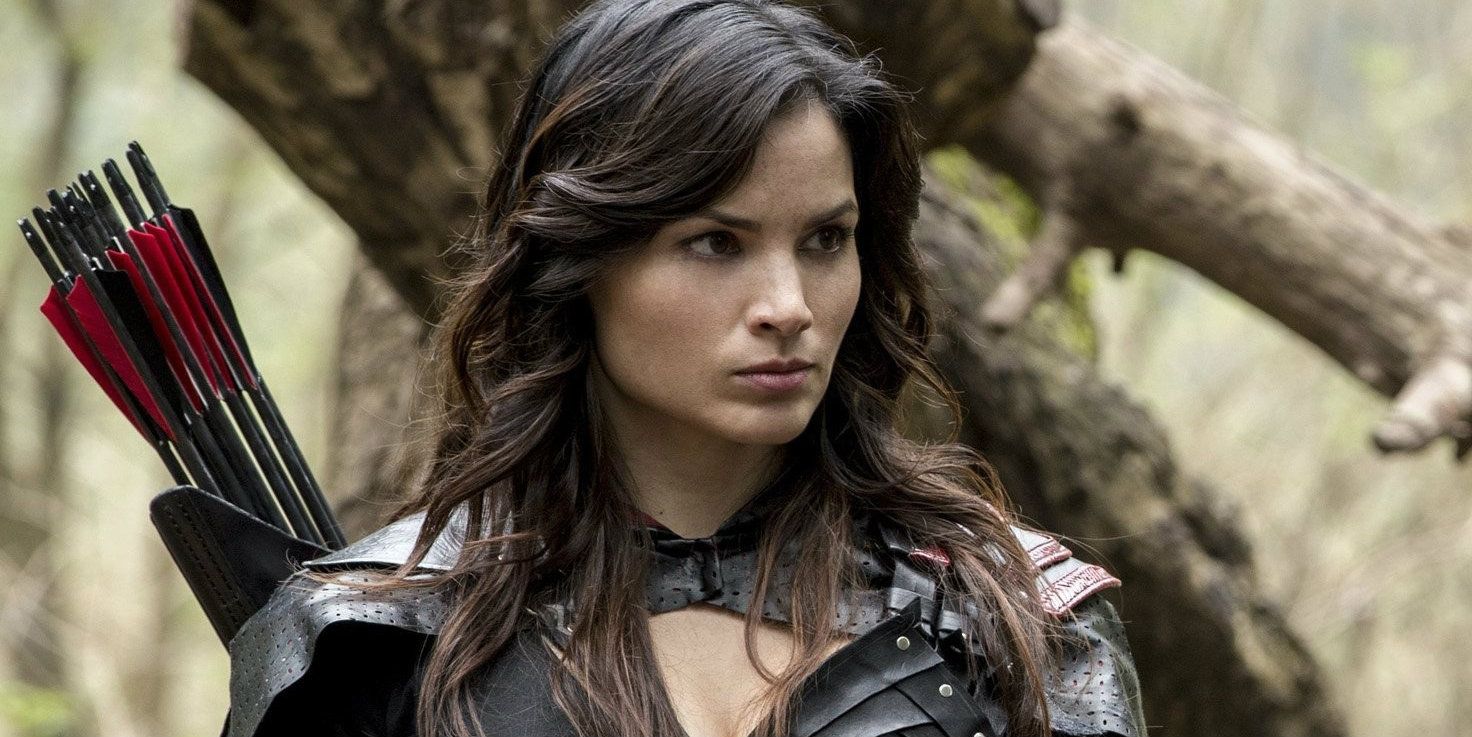 Nyssa al Ghul was Ra’s al Ghul’s daughter. Although she lived under his thumb, she managed to maintain her own point of view. She often came across as cold and unfeeling, but her exterior demeanor concealed an inner warmth that she would reveal to her closest friends.

Nyssa was last seen in a Season 7 montage, training Mia Smoak. In flash-forwards, Mia has shown that she’s a capable and enthusiastic fighter, and it seems that Nyssa was largely responsible for that. Given the brief tease, we’d like a longer glimpse of her relationship with Mia and even Felicity during Arrow’s final season. 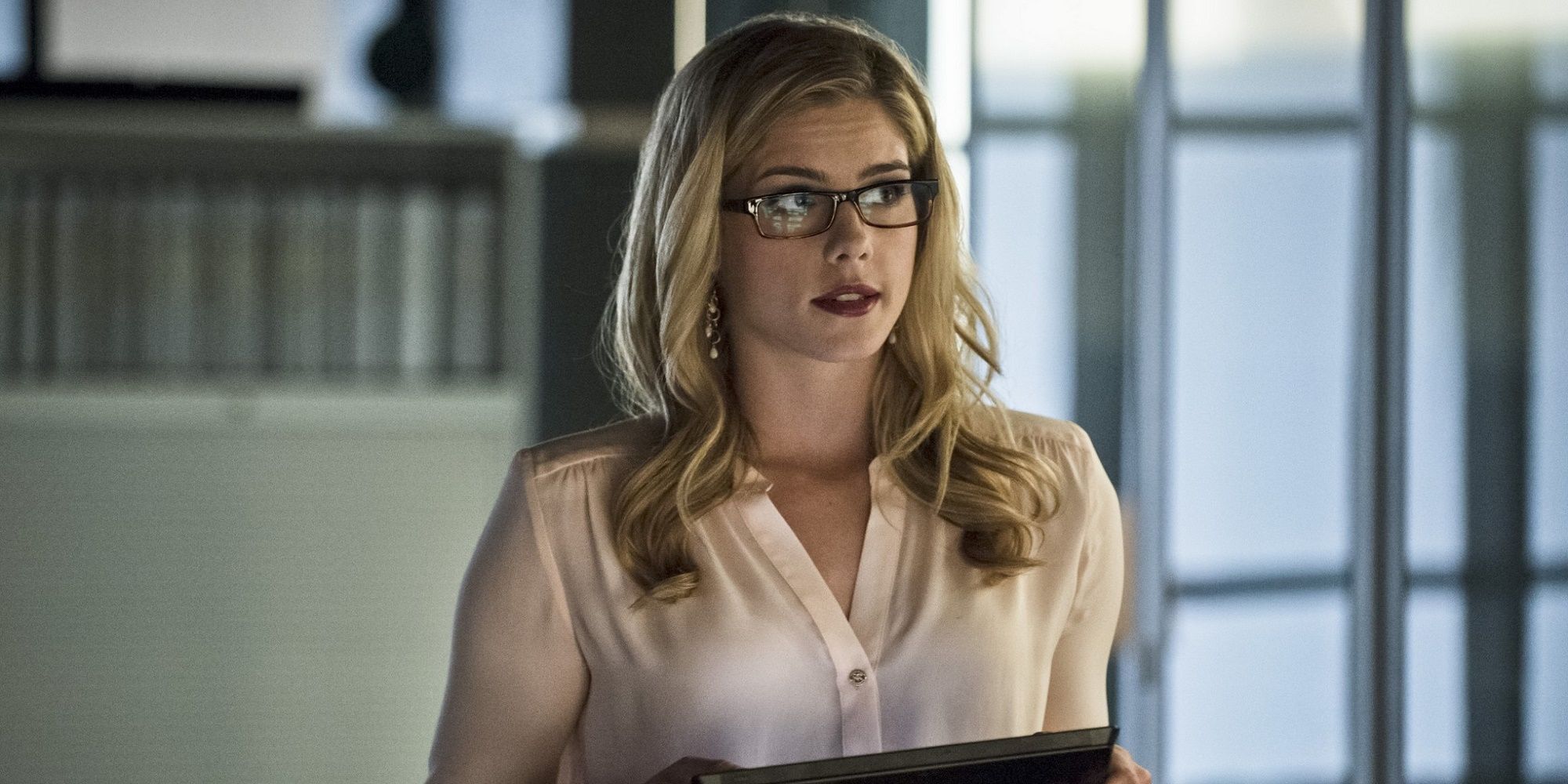 Felicity Smoak’s last episode was the Season 7 finale. Because of that, we haven’t really had time to miss her yet. However, Felicity has been one of the most important characters on the series since it started. Ending the show without seeing her again just wouldn’t feel right.

Fortunately, it looks like the powers that be at the CW are open to her return. Network president Mark Pedowitz said that if Arrow’s showrunner can figure out a way to bring the character back and Emily Bett Rickards (the actress who plays her) is available, they’d “love to have her.” Let’s hope the stars align and it happens. 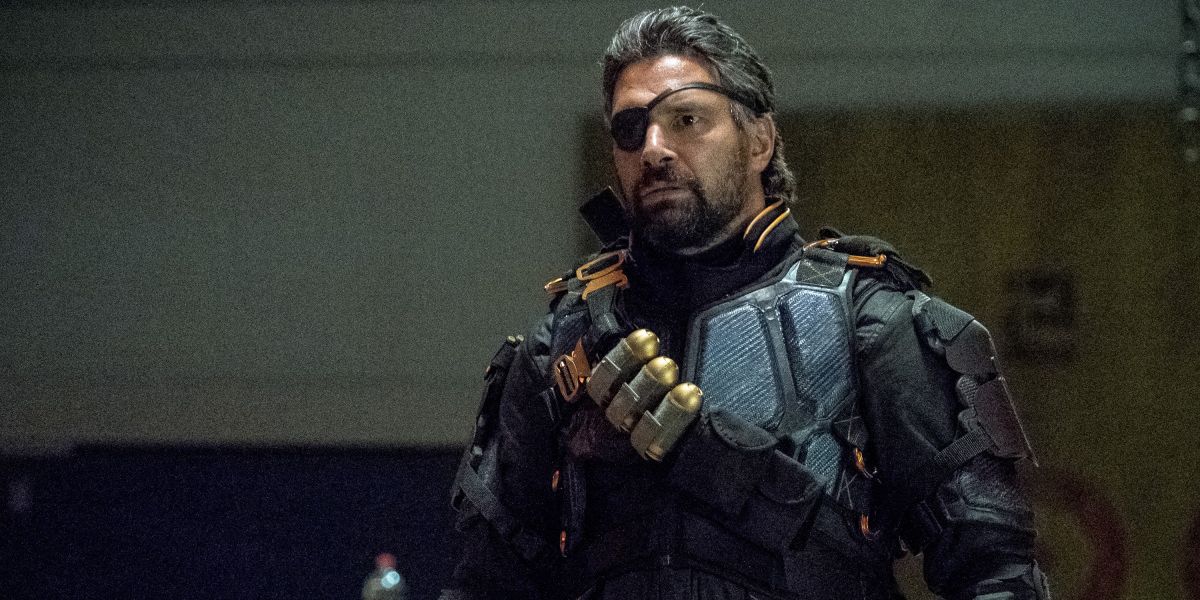 Slade Wilson was the best and most memorable villain Arrow ever had. That’s why, even after being imprisoned for his crimes, the character continued to make guest appearances. Slade wasn’t just a villain, though. During his time on the show, he served as Oliver’s mentor, antagonist, friend, and ally.

Slade’s most recent appearance happened during Season 6. Given the outsized role the character played in Oliver’s life, failing to bring him back for the final season in some capacity would be a lost opportunity. We really want to see him team up — or square off — with Oliver again before the end comes.