You Are Reading :10 Continuity Errors In The Monsters Inc Franchise 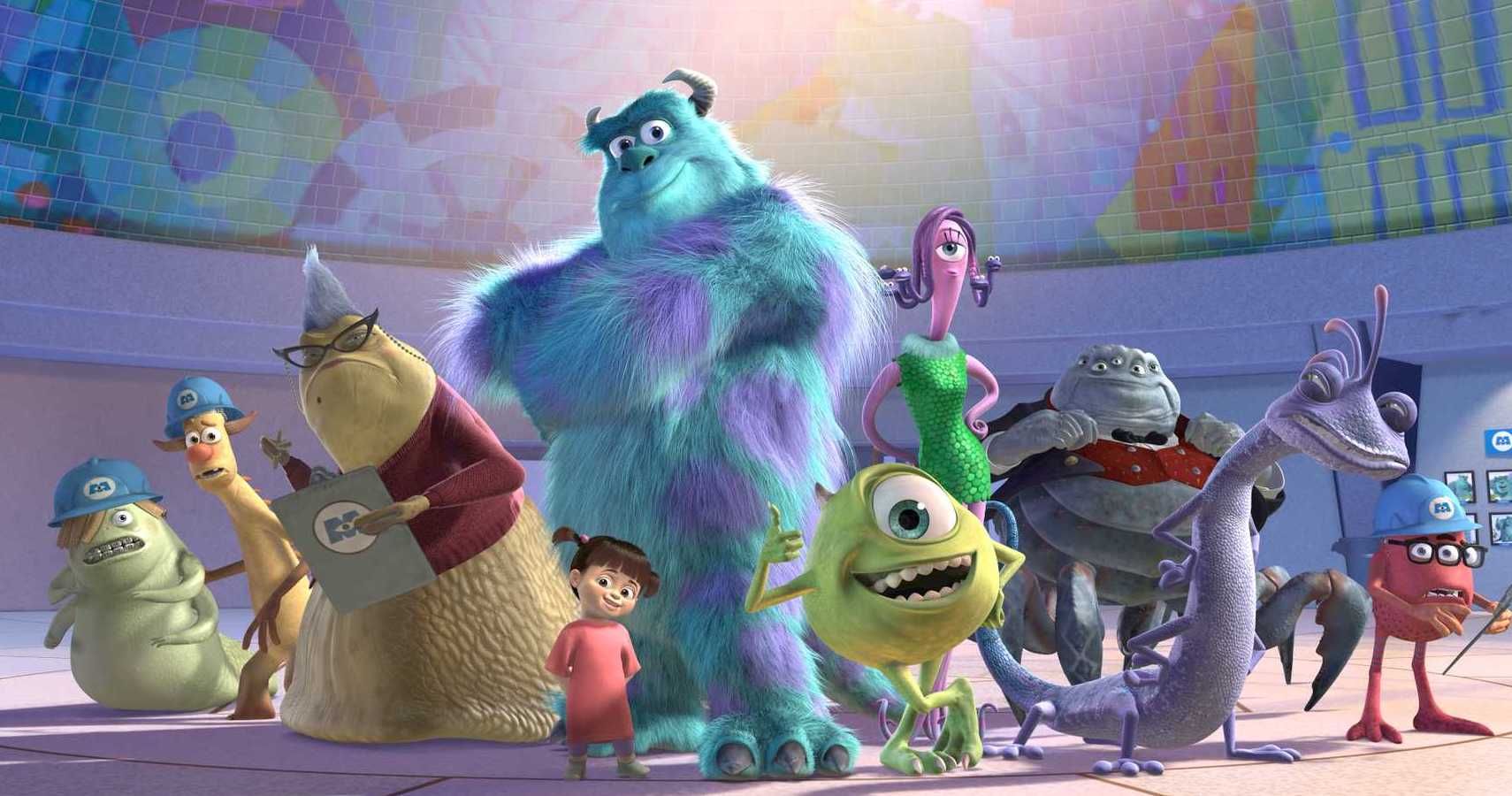 The first Monsters, Inc. film became a cultural icon as soon as it was released. Putting a circular, one-eyed green guy and a massive hairy blue guy front and center was a stroke of genius, and they amassed fans from across the world straight away. Twelve years later, the film received an incredible (possibly just as good as the original?) prequel; Monster’s University.

However, despite their status amongst fans, the films aren’t perfect. Each one has continuity errors left right and center, and we’re on hand to point out ten of the biggest issues. 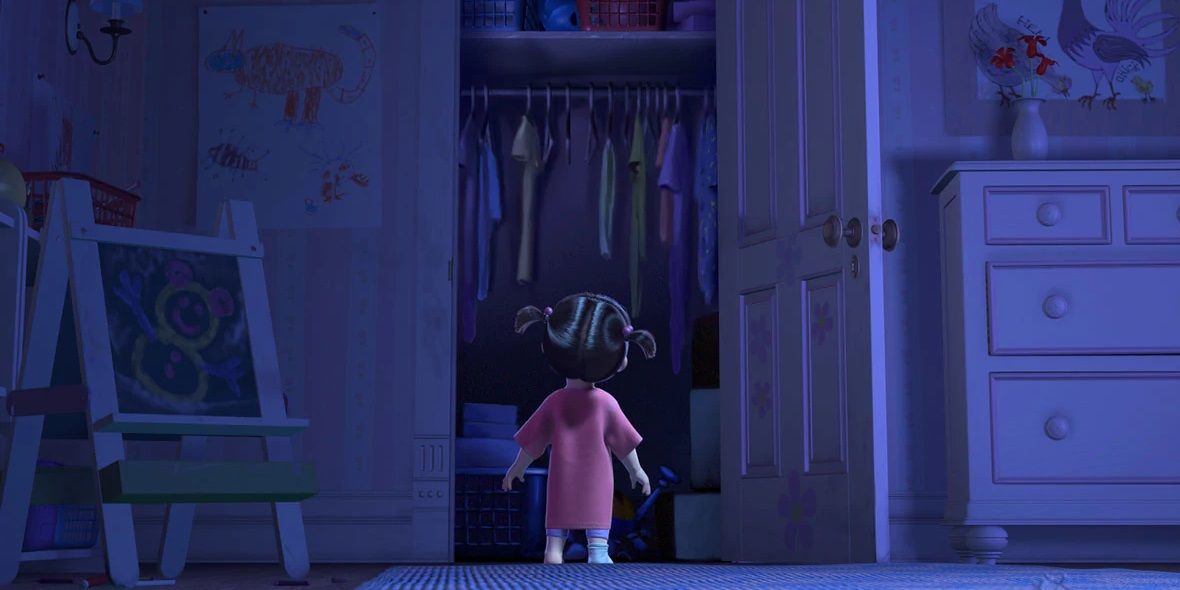 In one of the first scenes depicting a scaring, there are various toys scattered around the floor. We see a football under the bed, a book on a toybox and a train track. A few moments later, this soccer ball has teleported from under the bed to next to it, causing the monster to step on it. If you have a keen eye, you might notice that the books have moved and the train set is gone entirely, replaced by a different game.

At the very end of the scene, everything has returned to its original position. Whatever happened in the middle there is very strange, why didn’t they just use the same set-up for the whole scene? 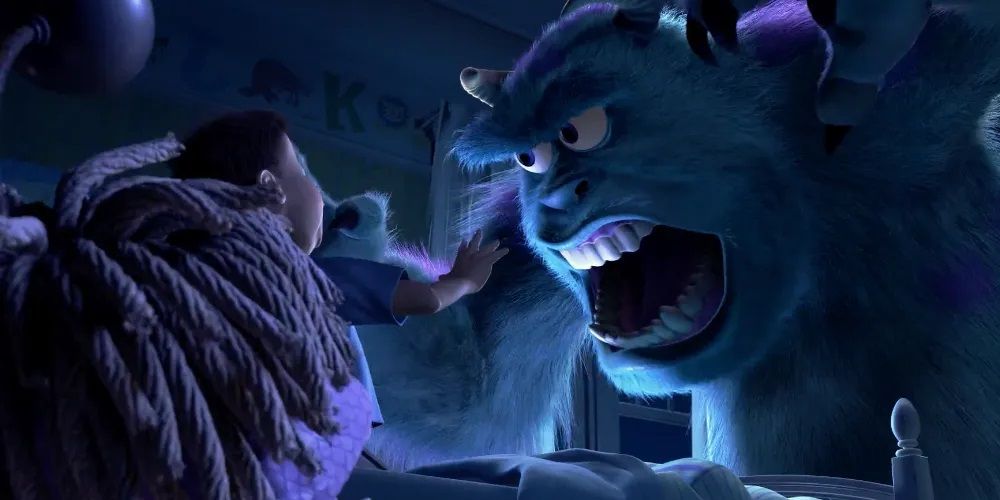 The idea of being a ‘scarer’ seems relatively ethically problematic. Existing just to inflict crippling fear into a child? Strange. What seems even stranger is how the monsters pull off such a large-scale global operation.

Time travel, it seems. Or just errors in continuity. When we are being shown all of the different monsters getting up to their various tasks, we simultaneously see daytime in Paris and Hawaii, as well as night-time in Florida and Nepal. This doesn’t match up at all. 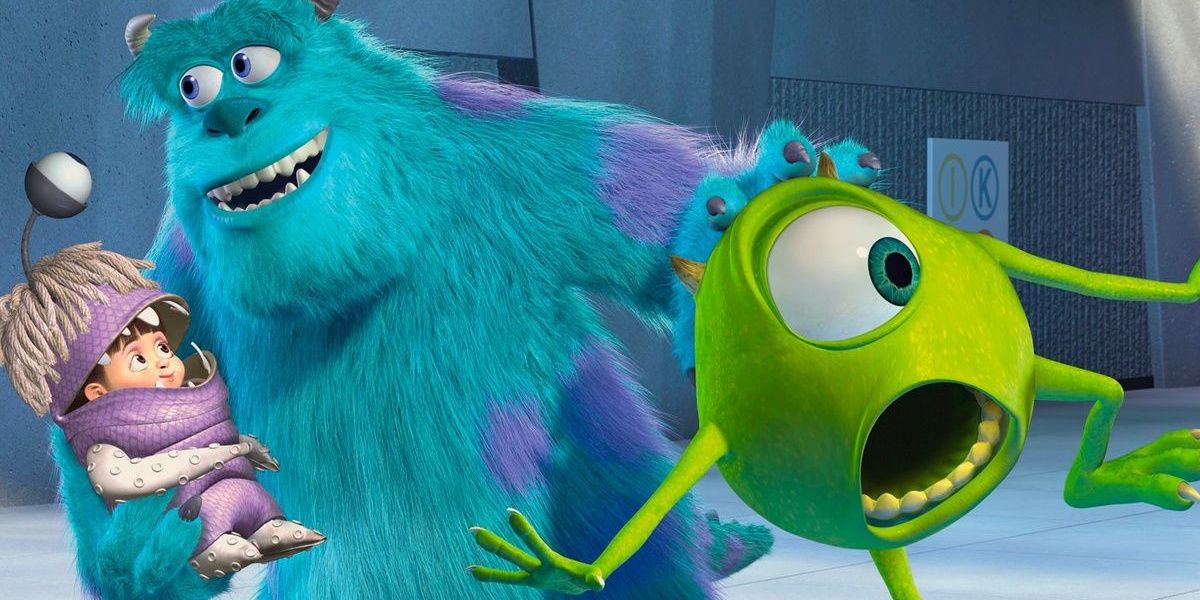 Dressing her up in the ridiculously cute baby monster costume and attempting to get her back home was always a difficult task for the scary duo to pull off, but they gave it a shot anyway.

Thought it seems it took rather longer than it should have. The clock on the wall says 8:50, but after what seems like only a matter of minutes, it says 11:55. Should we assume they did everything incredibly slowly, or is this an error in continuity? 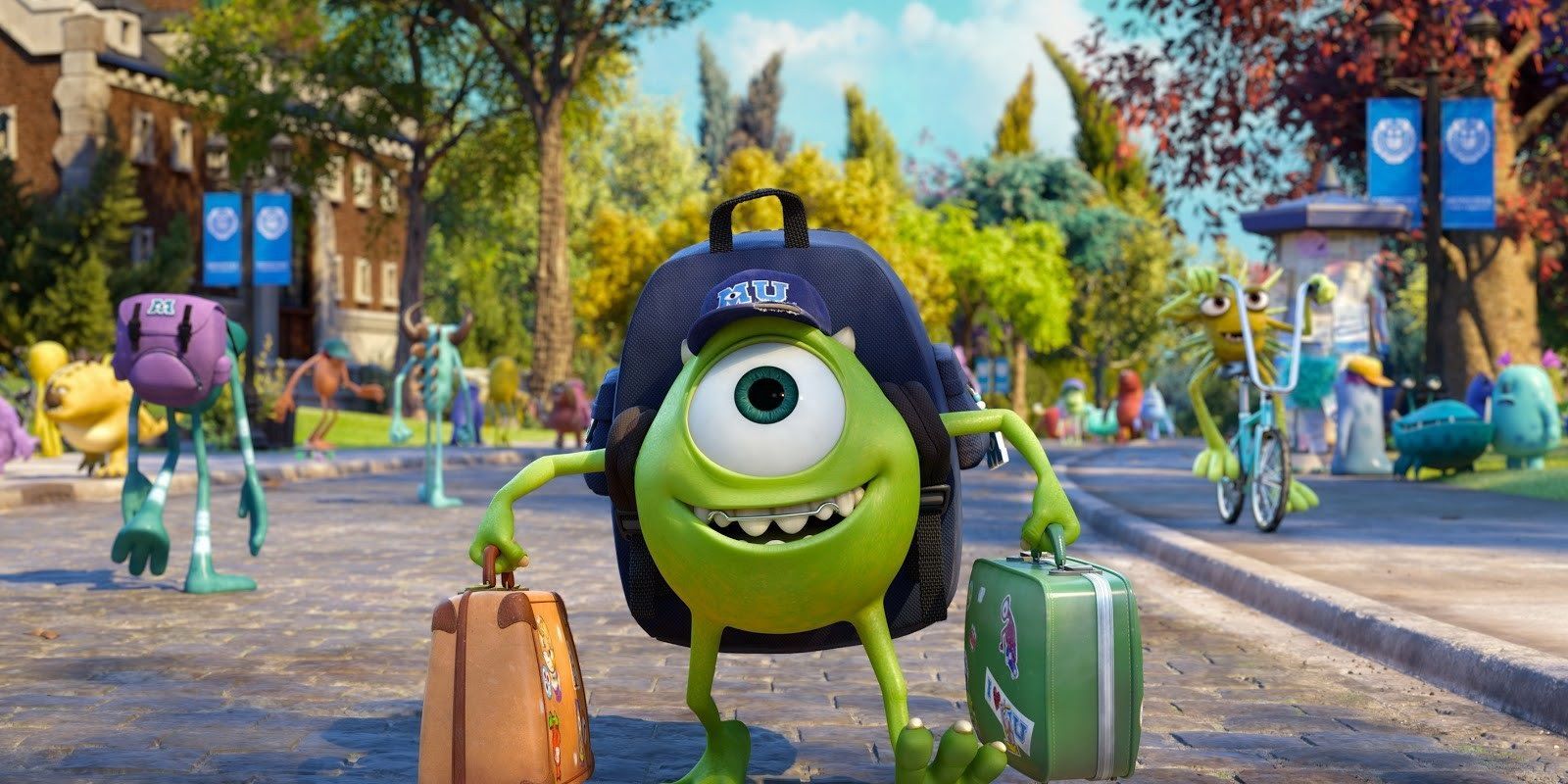 “You’ve been jealous of my looks since fourth grade,” says Mike. When the first Monsters, Inc. film came out, this made perfect sense. Obviously the two had been friends for years. No issue. When Monster’s University came out, this turned into a continuity error.

The film shows the two meetings, but it isn’t at school, it’s at university. And it takes them quite a while to even strike up a friendship in the first place. This makes Mike’s remark in the first film either into a joke or into a continuity error. 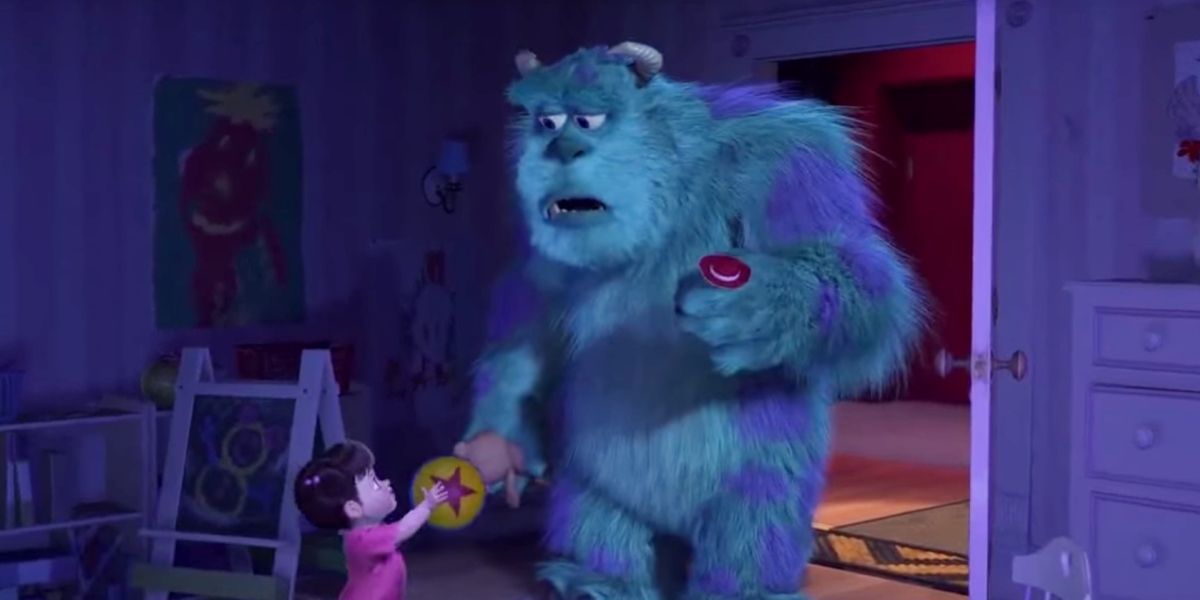 Voiced by the inimitable John Goodman, the gruff James P. Sullivan was one of the finest scarers Monsters, Inc. had ever seen. However, Boo ended up his weakness, putting his work behind him and caring for the tiny child. However, he seems to be able to use her possessions to show off magic tricks, because when he stuffs all of her toys into a locker, the number on the door very clearly says 193.

The angle changes and his hands don’t move, but when he actually takes them off of the door, the number has changed to 190. Maybe he was trying to impressive Boo with a trick? 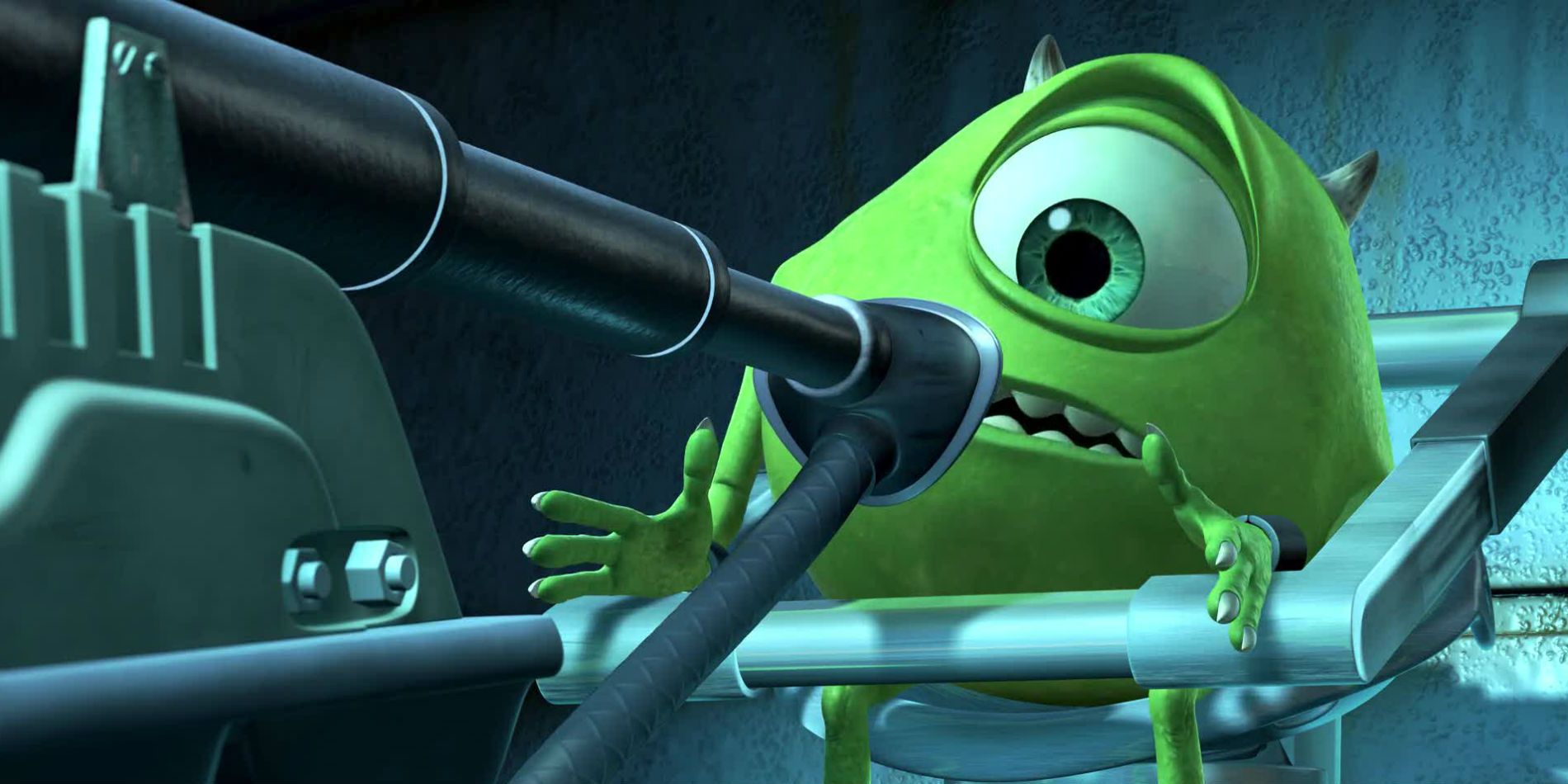 Right at the end of the film, after the biggest twist of the century revealed that the raspy slug-like Roz was a secret agent the whole time, we see Mike happily working away, burping into microphones to no end.

There is a ‘think funny’ poster above his head, but when Celia enters the room, the poster has disappeared entirely. Unless he was able to take it down in about half a second, then this was obviously forgotten about in the editing process.

See also  10 Things You Didnt Know About The Batsuit 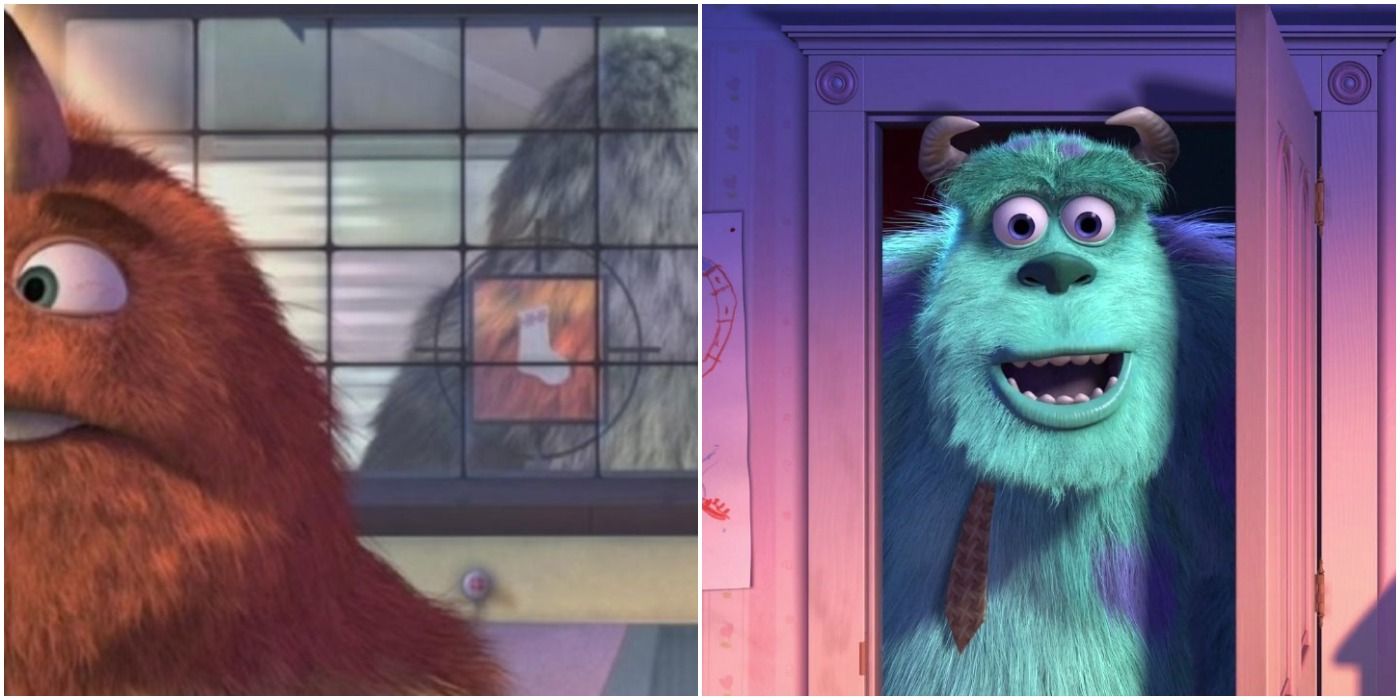 Pretty much the catalyst to the entire problem the monsters face in the first film is caused by leaving a door open and letting a child escape into the monster world. You’d think this might be on their minds a little, with the characters each really making sure doors were closed as to not bring around the end of their universe.

Despite this, one of the doors the monsters run through at the end of the film is left wide open, marking total inconsistency to their normally careful characters, and creating the exact issue they’ve been trying to fix once more. 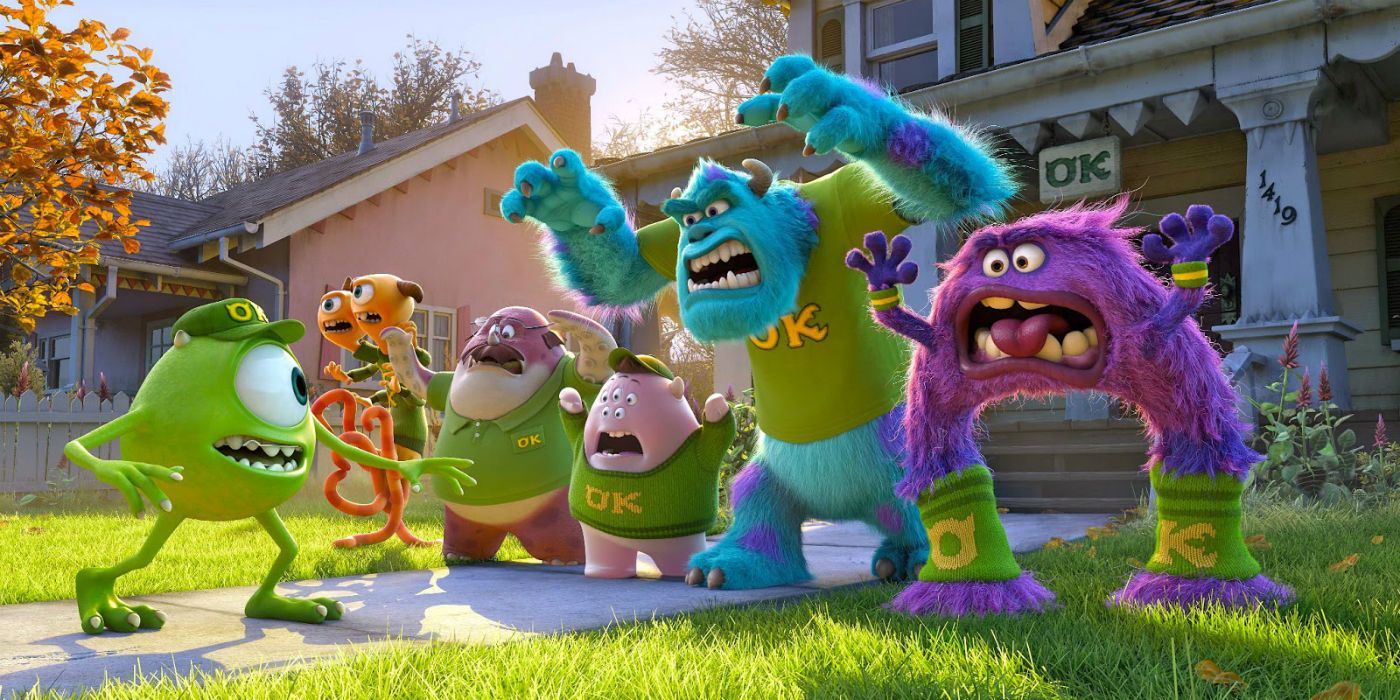 In Monsters University, the characters are young and bouncy, partying the night away at university. However, the film is set long before 2001, which is when the first film came out and is (presumably) set.

In fact, it should be around 1987 when we see the characters at a house party. We should be hearing everything from Kate Bush to Gary Numan, but instead, we hear a track called ‘Roar’, written and recorded by members of Swedish House Mafia. Not only did the song not exist back then, but the style of music is many, many years off. 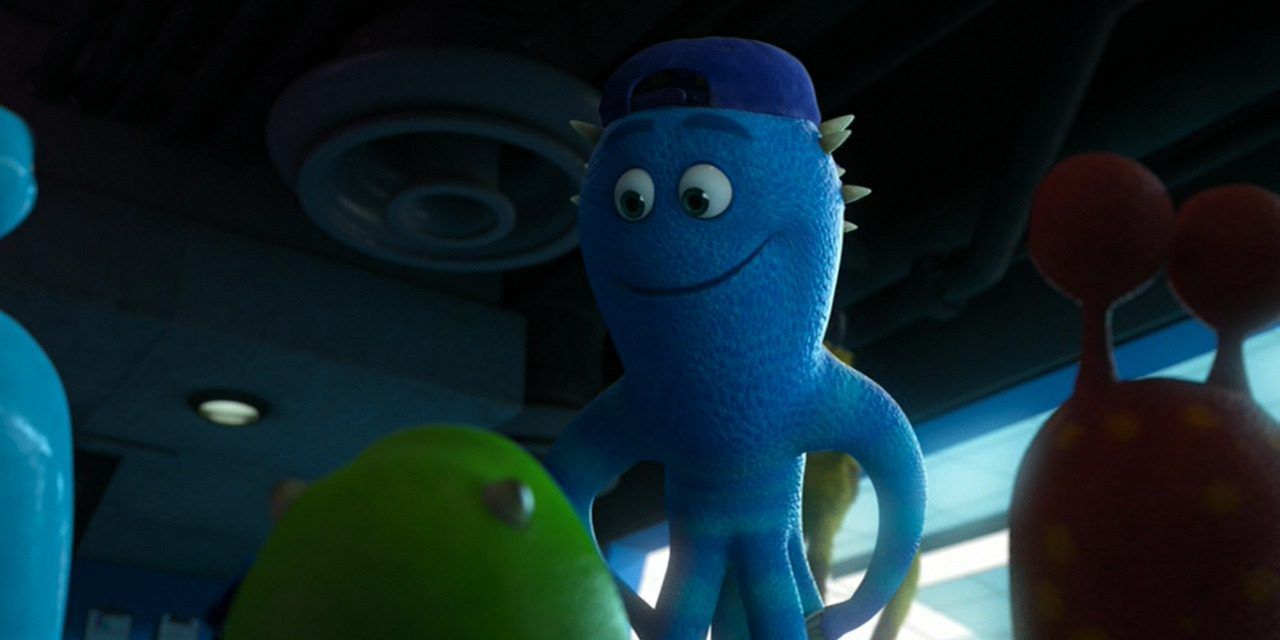 Despite the error above attempting to simultaneously suggest that Sully and Mike met at school, the events of Monsters University prove this wrong. They share a room in a frat house that has a light switch under the top bunk.

However, the animation team obviously didn’t have a permanent rendering of this, because it moves onto a different wall in the shots that follow this one. 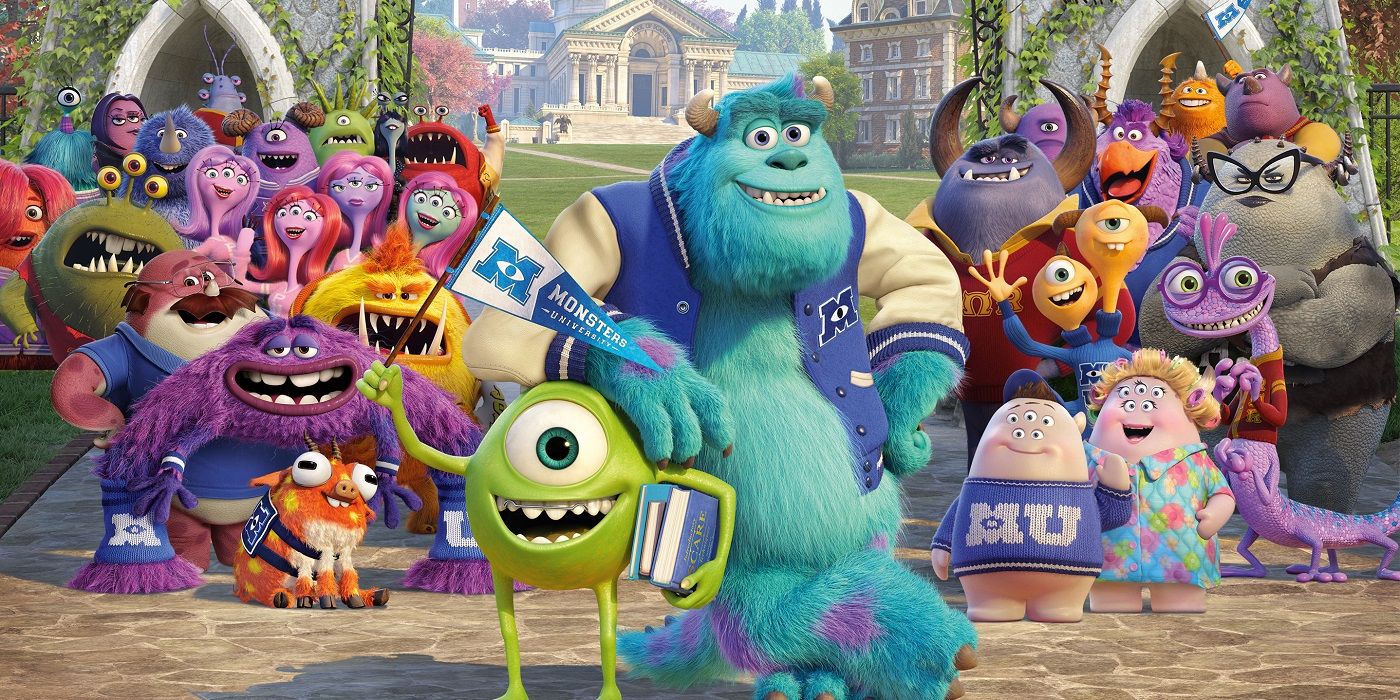 This is a pretty funny one. At the end of Monsters University, the monsters have to enter a scare simulator and carry out some scaring of their own.

One of the monsters who go in enters looking quite normal, but comes out and is distinctly shorter than before. We have no idea what happened in there, but it must have been pretty harrowing to literally make him lose height.