Movie history is filled with creepy castles that house everything from otherworldly monsters, to vampires, and they help set a foreboding atmosphere.

You Are Reading :10 Creepiest Castles In Cinematic History 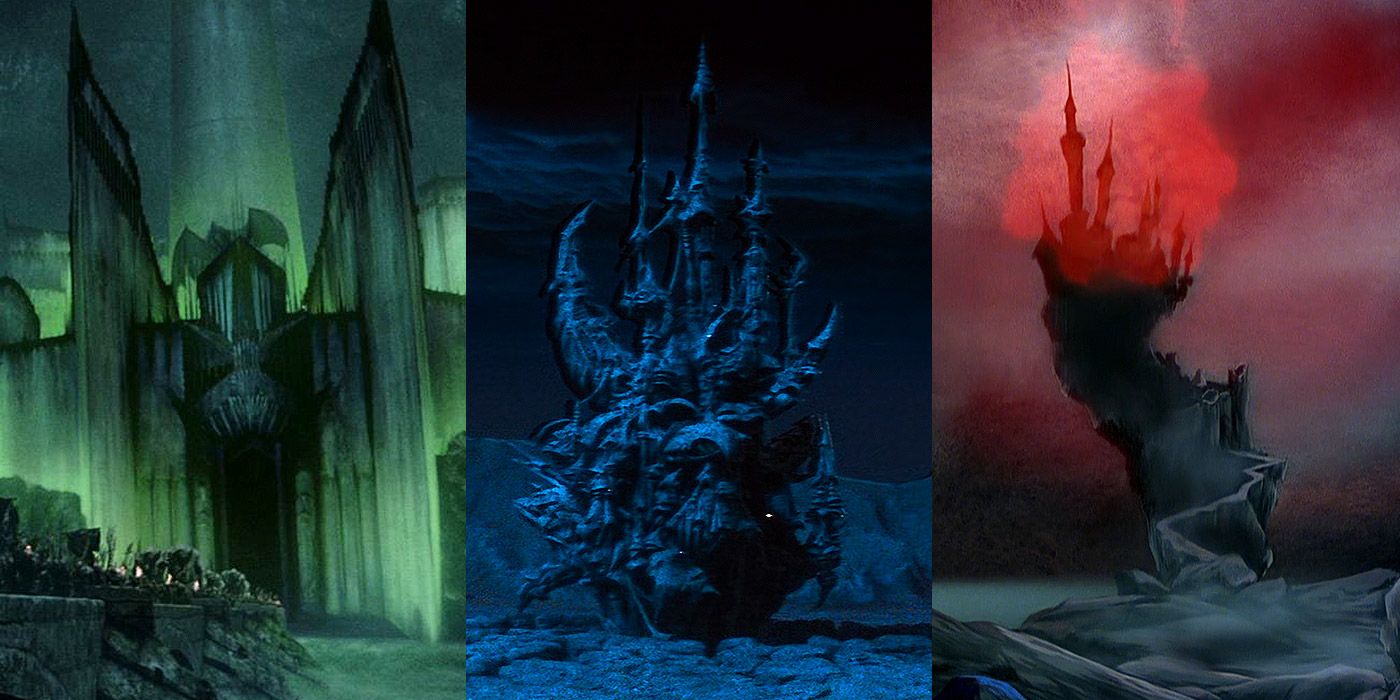 Castles have forever been one of the most important settings in fantasy, horror and historical films, and they do an excellent job of setting the tone and atmosphere. Some castles are so creepy that they’ve gone on to become characters unto themselves, memorable both for their haunting exteriors, and claustrophobic, nail-biting interiors.

Whether the castles are home to blood-sucking vampires, otherworldly monsters, or evil madmen doing the Devil’s work, they all serve as focal points through which filmmakers can create a sense of dread. These are the castles that few people would want to come within miles of, much less enter and investigate. 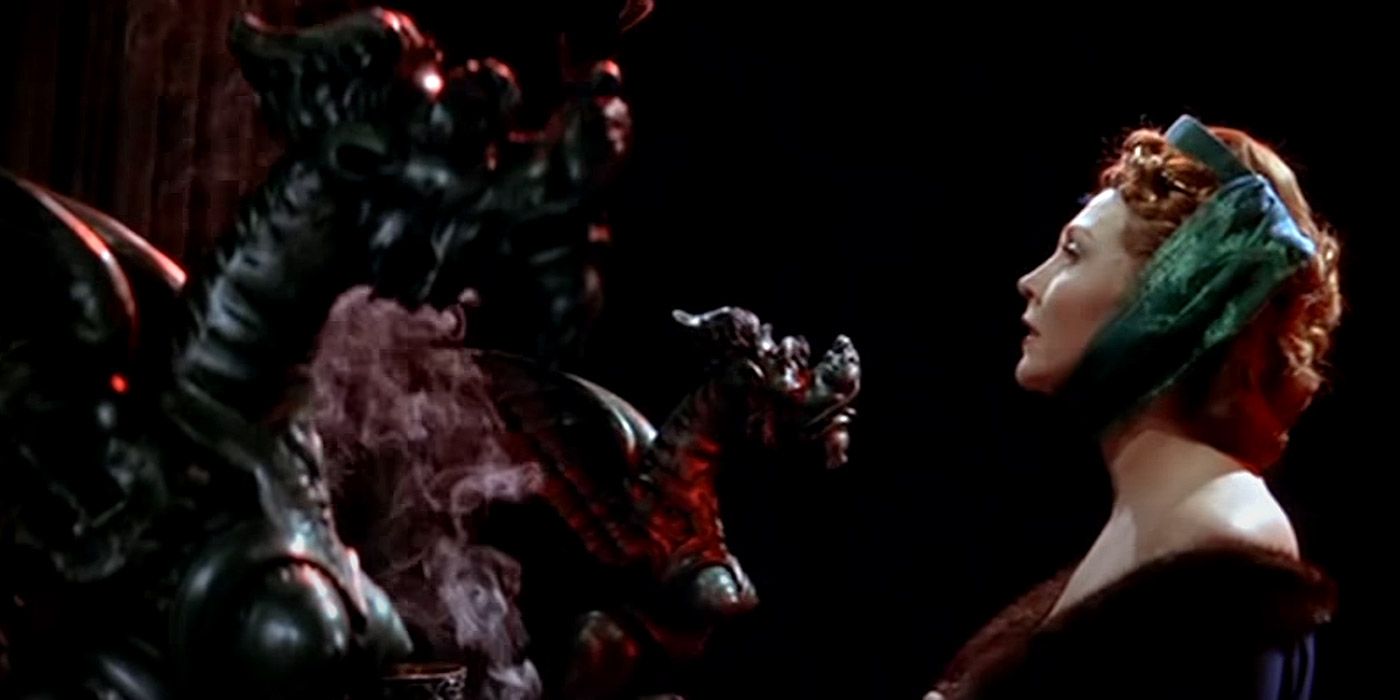 Roger Corman adapted this Edgar Allen Poe story with famed horror movie icon Vincent Price as the headliner. His character, Prince Prospero is a Satanist who resides in a castle that is equal parts luxurious, as it is foreboding and haunting. For the sake of the local nobility, he dresses up many parts of the castle with fine furnishings and bright, luxurious items.

In the pits of the castle, however, it’s a different story. Satanic rites are performed inside dark, gothic chambers and hallways. This film adaptation has a few trappings of the swinging sixties when it comes to how the castle is filmed, but even with the camp, it’s still a place most would steer clear of. 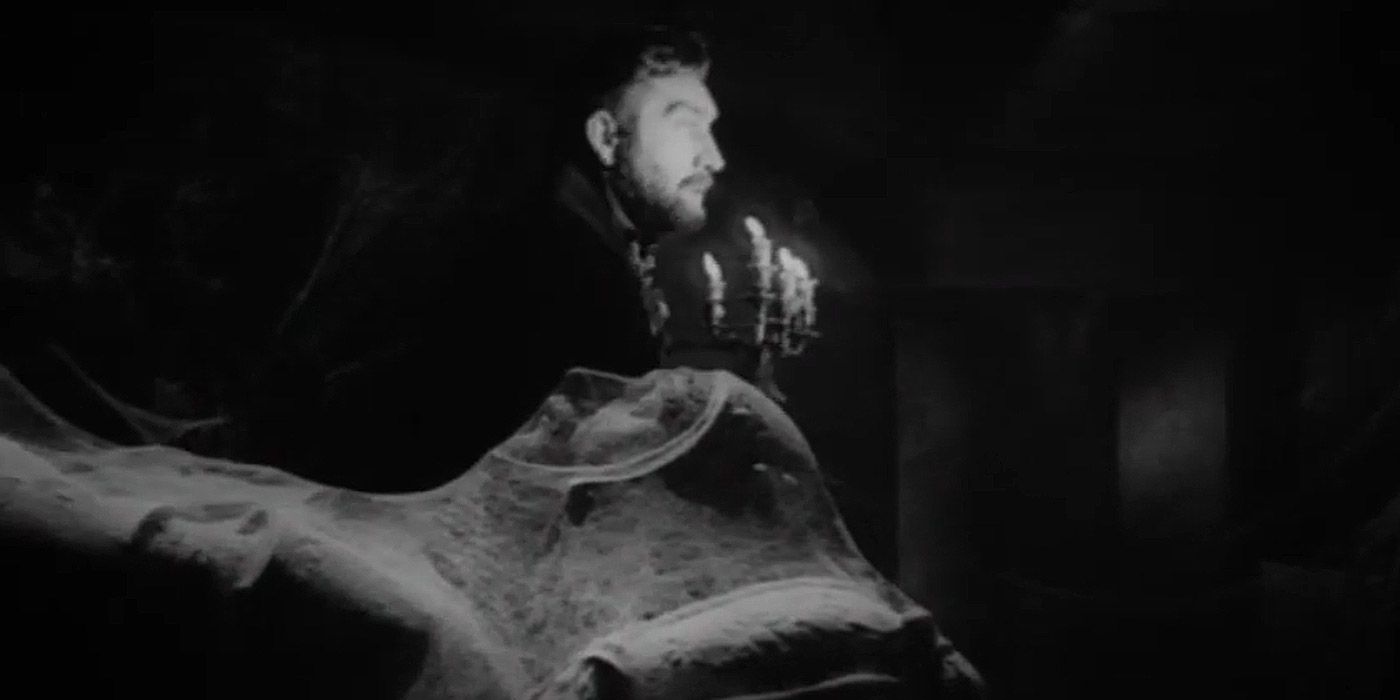 This black-and-white Italian classic utilized shadows and lighting, as well as a clever audio scheme to create a sense of dread inside the infamous Blackwood Castle. This haunted place is home to a series of ghosts with a larger story to tell as the film progresses.

The castle is wreathed in shadow around every corner, which is a big part of what makes it so creepy. Characters are often forced to rely on candles and other lights in order to move about, and the film takes advantage of this darkness to create a nail-biting experience. 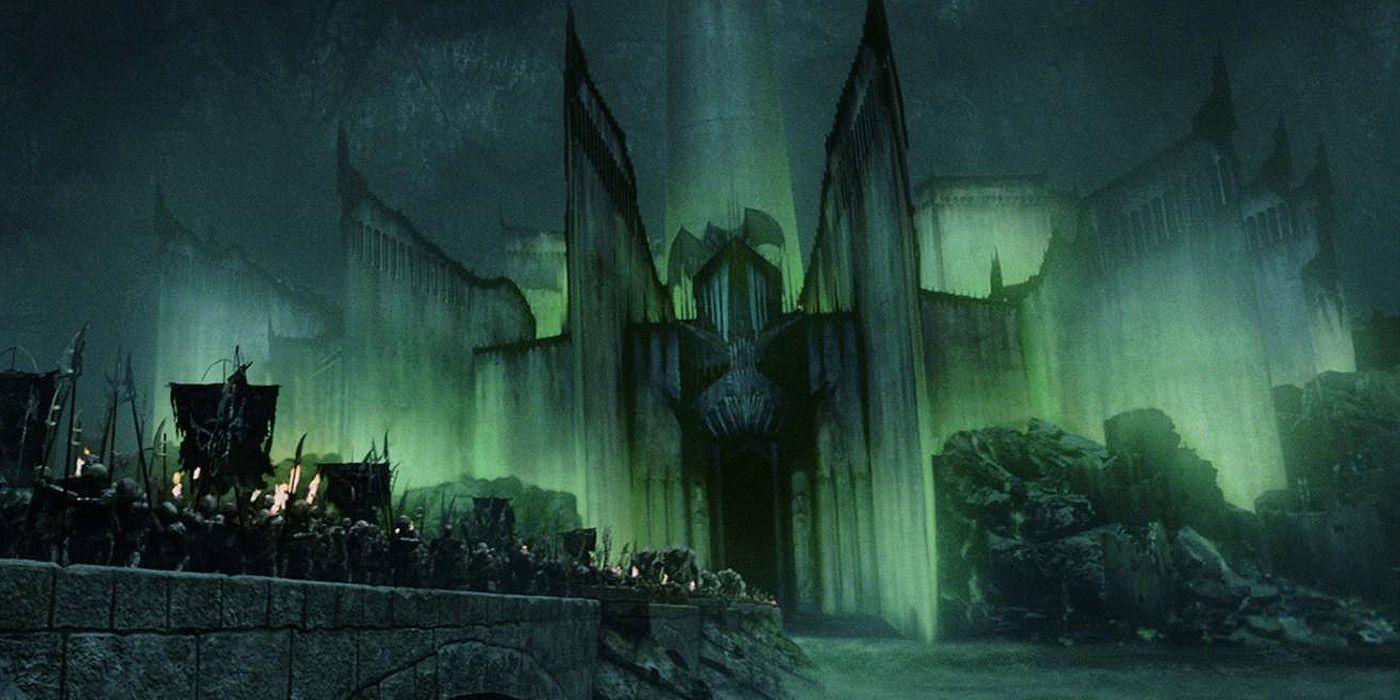 Originally constructed to act as a buffer between Minas Tirith and the evil territory known as Mordor, Minas Morgul was eventually overrun by Sauron’s forces. Afterwards, this once shimmering and beautiful fortress became a sickly, diseased place full of untold horrors. It was said that men could not look upon Minas Morgul for too long, lest they fall into madness.

It also served as headquarters for the dreaded Nazgûl and their leader, the Witch-King of Angmar, who used it as a springboard to launch attacks against neighboring Osgiliath, and later, the capital of Gondor itself, in one of the Lord of the Rings’ most iconic battle sequences. 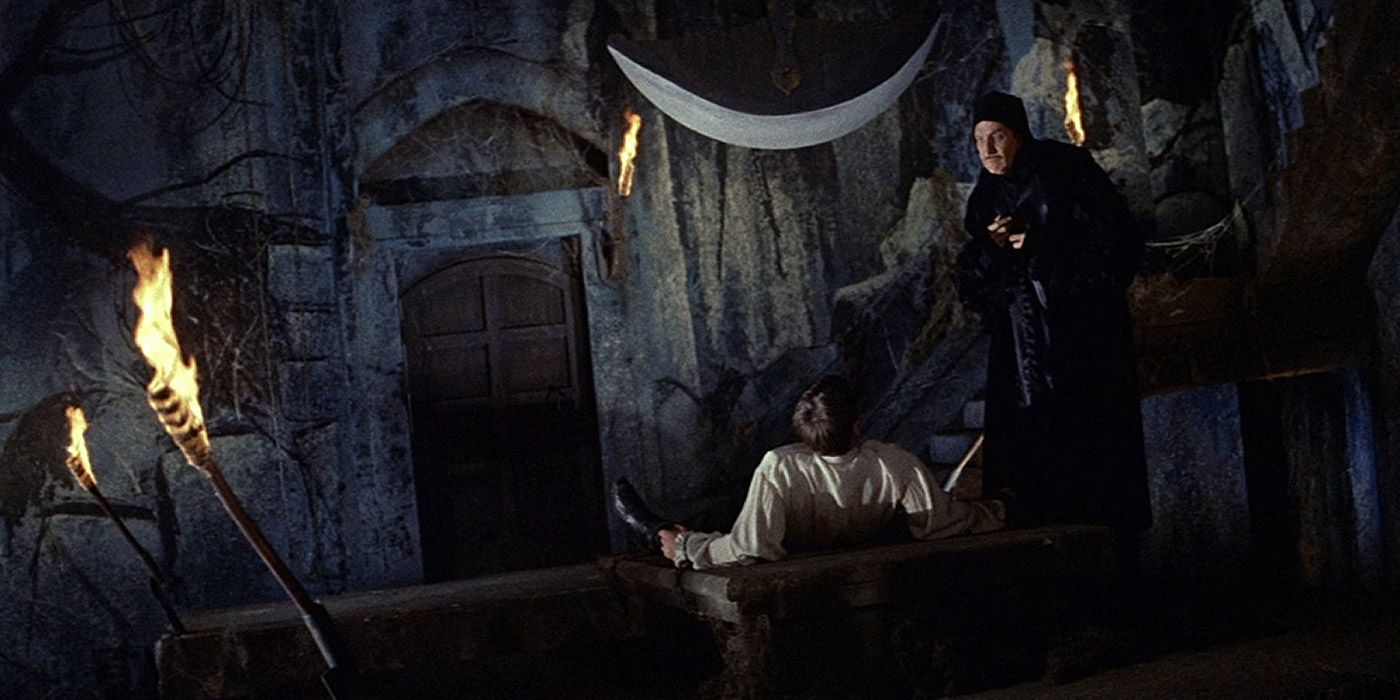 Few castles in cinema are as creepy as the one housing one of the most infamous torture devices ever conceived. The Pit and the Pendulum starts out as a murder mystery, but it soon descends into horror when it becomes clear that the owner of the castle, Nicholas Medina, is more evil than he lets on.

The castle feels authentic for a medieval-era piece, and the clever use of cobwebs, dark shadows and potent warm lights makes it feel both understated, and alarming, at the same time. By the time the terrifying pendulum begins to swing, the castle has already done an admirable job of selling itself as a terrifying place. 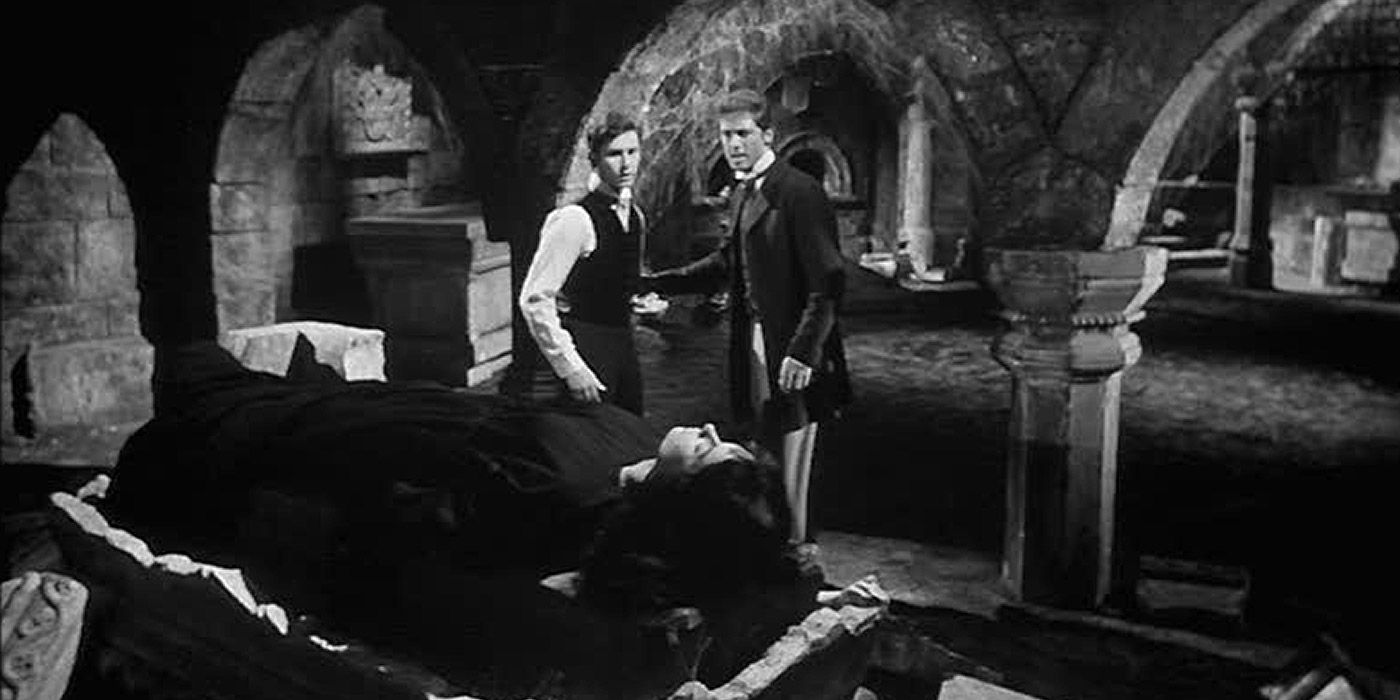 This castle drew heavily from films of old, such as the original Dracula, starring Bela Lugosi. The castle itself is frightening both from outside, and within, with a focus on large open rooms, cramped hallways, and of course, deep dark crypts.

It’s home to a long-dead witch named Vadja, who tries to reanimate herself and walk among the living, once more. The characters investigating the castle soon learn of what lies beneath it, which adds to the horror. Every fiber of the castle drips with a sense of gothic foreboding, and is complete with all the things that make it so terrifying, from death pits, to cobwebbed cellars. 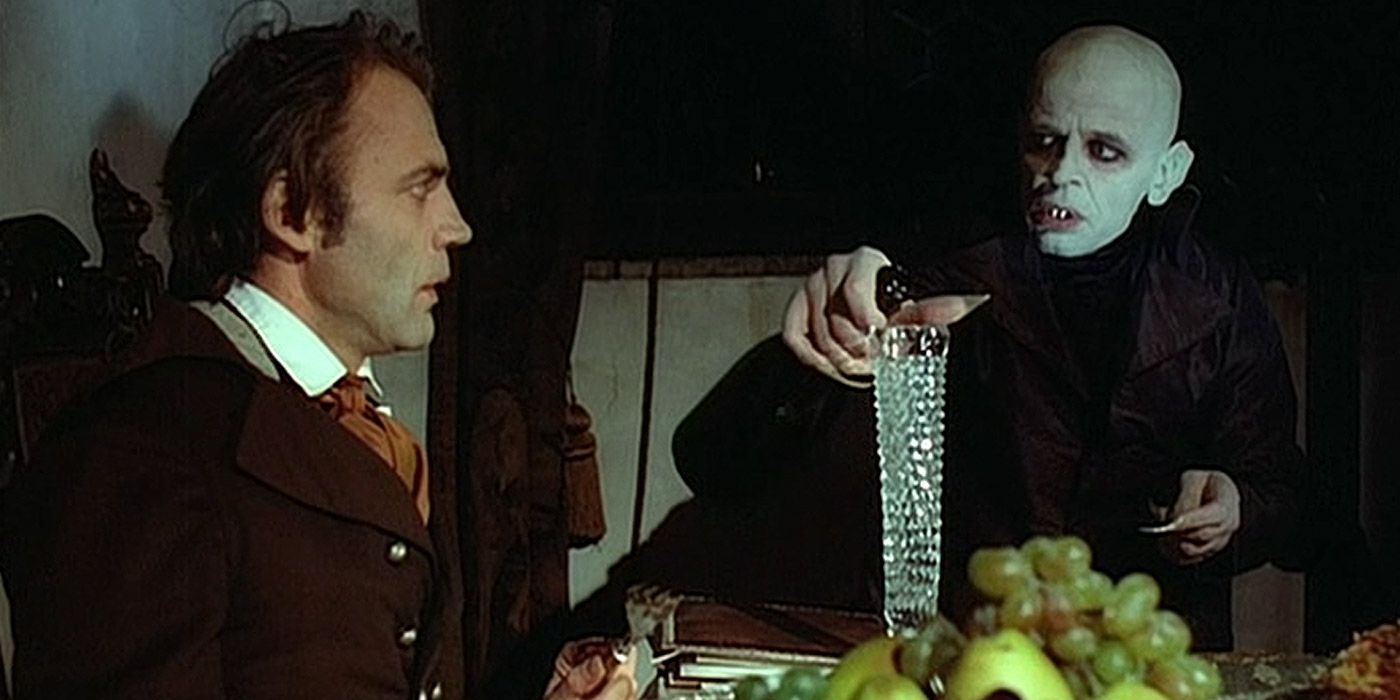 Many vampire and monster films tend to house their villains inside grandiose, overly dramatic castles that fail to create a sense of dread. The 1979 remake of the classic silent horror film Nosferatu went in the opposite direction, and created one of the most authentically scary castles in cinematic history.

Dracula’s castle feels believable, right down to the last brick. That’s because it was filmed at the famous Pernštejn Castle in the Czech Republic, which was used for the interior shots. When shot with appropriate lighting, and given a creepy sound palette, the castle came alive as Dracula’s home, and audiences couldn’t help but feel the terror. 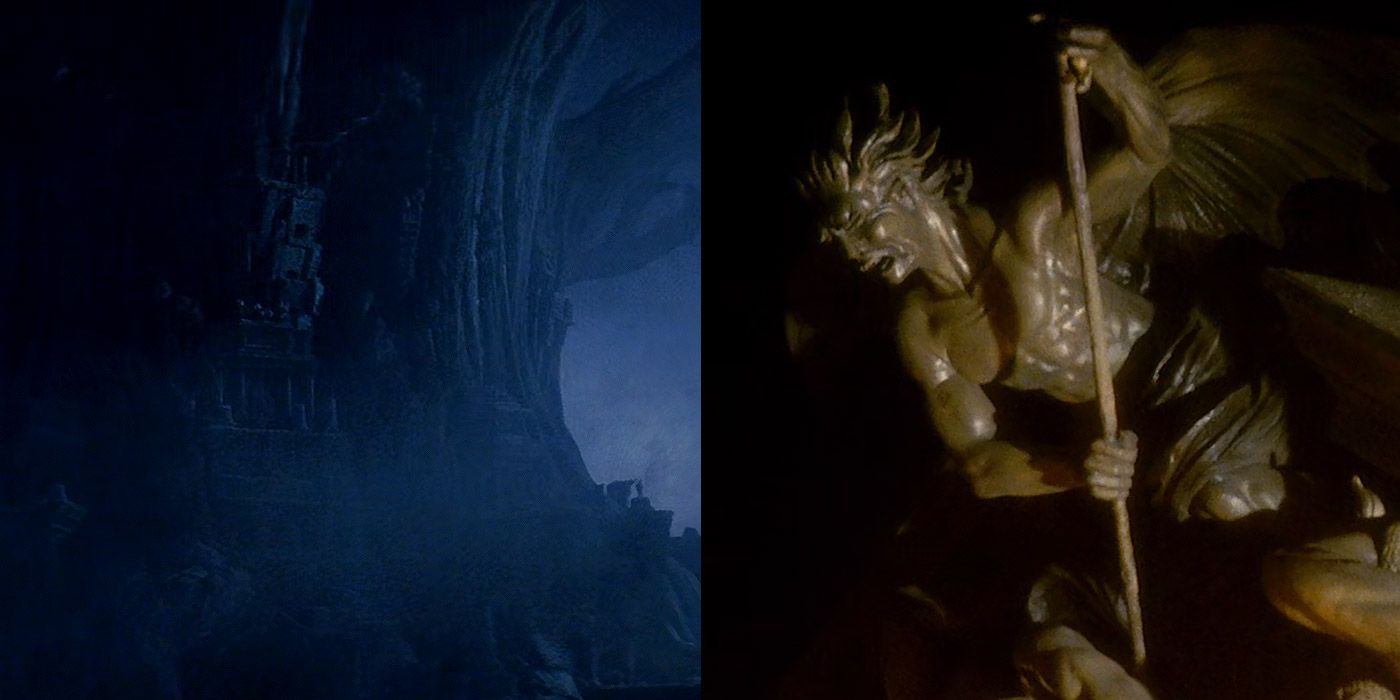 Ridley Scott’s ultra-dark fantasy classic Legend boasts one of the creepiest castles ever put to film, and it serves as the home of cinema’s best interpretation of Satan – the dreaded Darkness. The exterior of the castle looks to be worked into the foundation of an extremely large, dead tree, which is ominous enough by itself.

Inside, the castle is steeped in demonic imagery, deadly catacombs, and a blood-soaked dungeon. The more grandiose parts of the castle feature overwhelmingly large columns with gothic carvings and blasphemous décor, fitting of a Devil’s tastes. 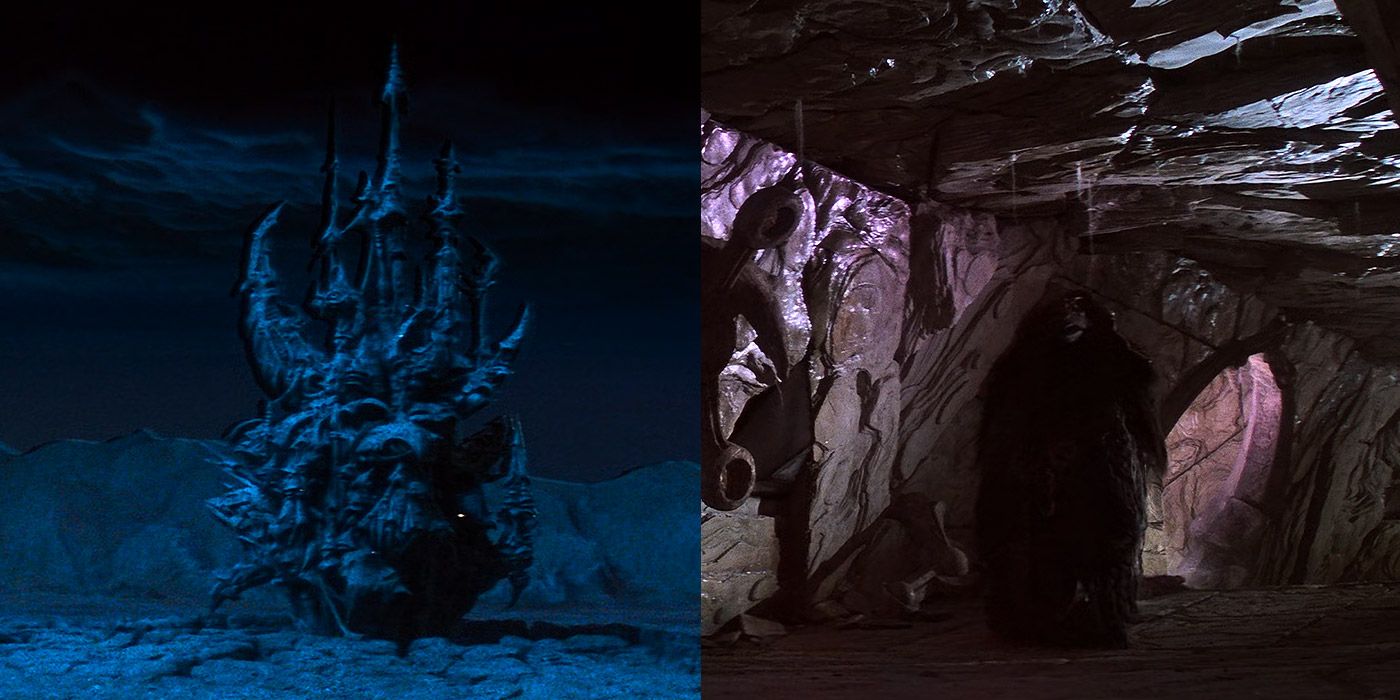 From the mind of renowned character and environmental artist Brian Froud came this amazing castle that served as the seat of power for the villainous, terrifying Skeksis. Wreathed in charcoal black, the castle’s eccentric geometry and sharp spires made it an evil omen for the inhabitants of Thra.

The castle housed the Crystal of Truth, which was cracked by the UrSkek race, causing their species to divide into two separate benevolent and sadistic sets of creatures. Inside its walls, the castle served as the foundation for many of The Dark Crystal’s most terrifying scenes.

The Evil Queen’s Castle (Snow White And The Seven Dwarfs, 1937) 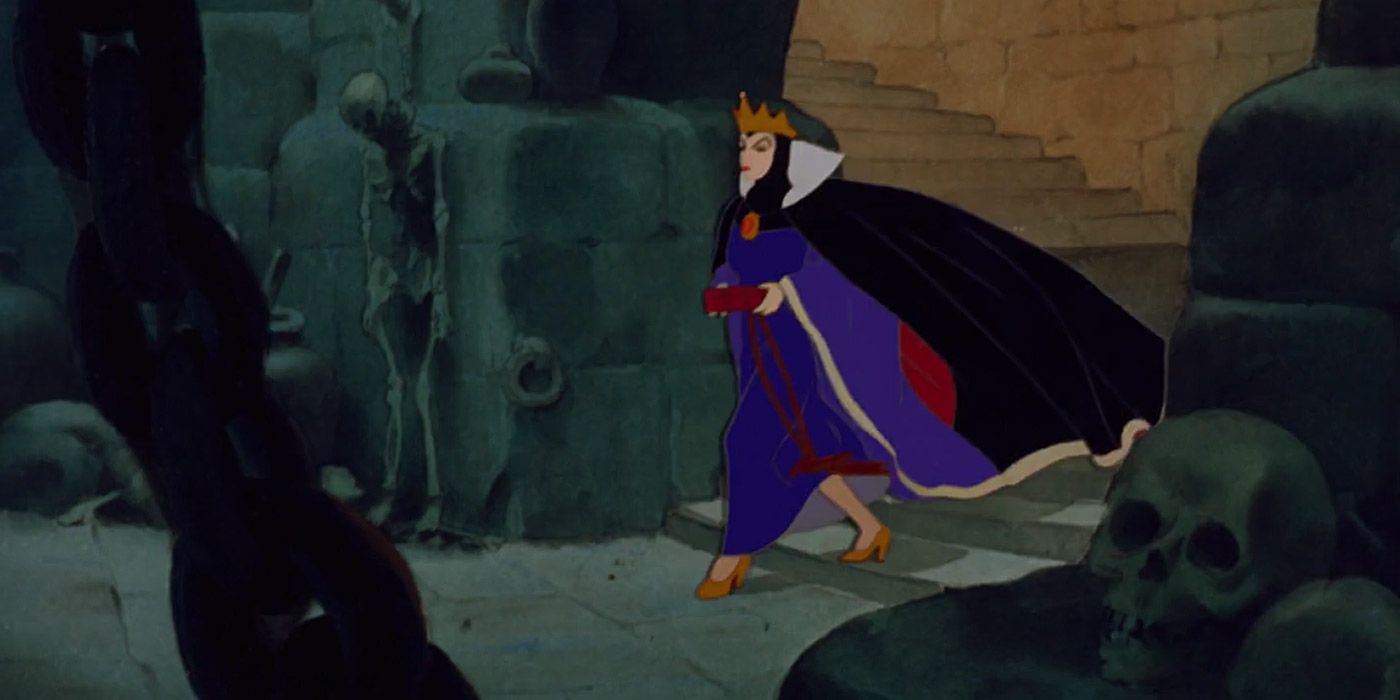 From the outside, the castle of the wicked Evil Queen doesn’t appear very creepy. In fact, it’s rather standard issue as far as castles go, but within its walls, the story is quite different. The Evil Queen doesn’t care much about interior décor, as evidenced by the skulls and chained skeletons she has lying about.

Deep in the catacombs, the Queen also utilized a workshop dedicated to the study of black magic and the arcane arts. It was obvious that her own malicious personality was extending outwards throughout the castle, and given time, it would probably have taken on a much darker and more sinister tone, inside and out. 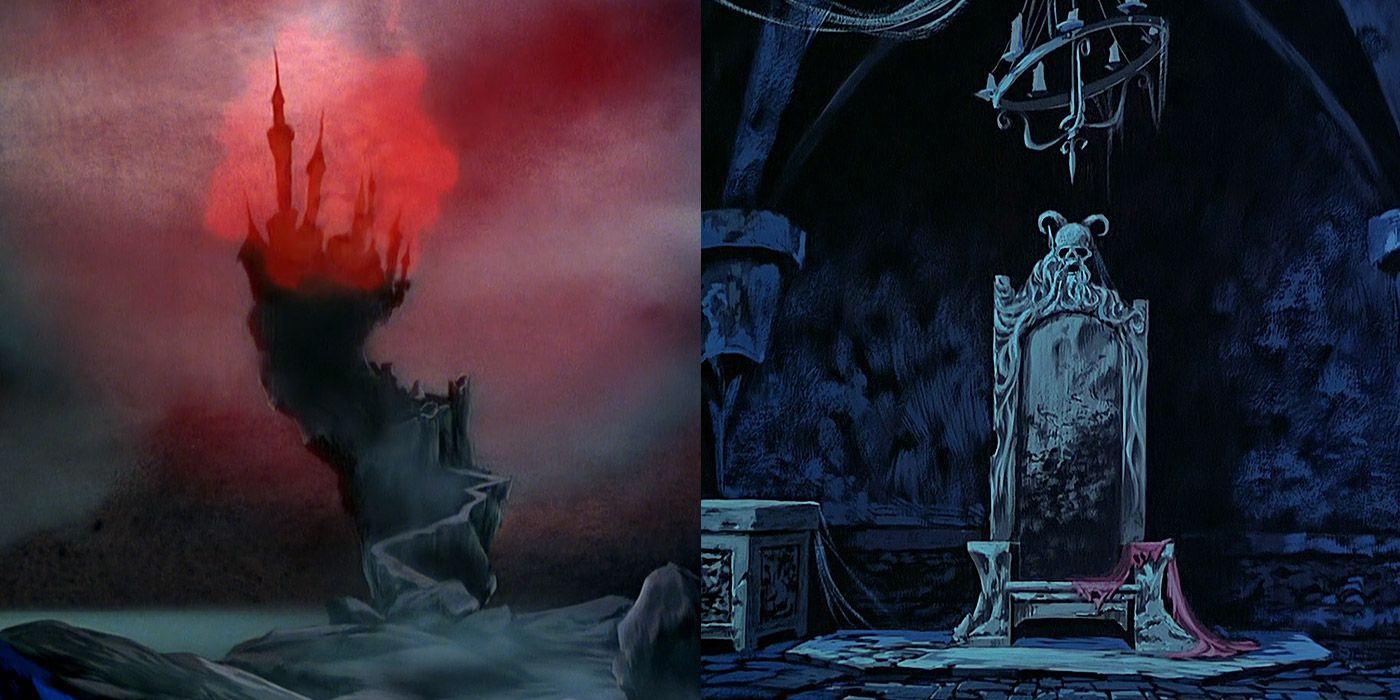 The animated adaptation of Peter S. Beagle’s The Last Unicorn featured one of the most abstract and twisted castles ever committed to film. It was also one of the creepiest, with a history steeped in foreboding mystery. The evil King Haggard ruled over his desolate land from this towering fortress, and it’s where many of Unicorn’s scariest moments took place.

The exterior of the castle looks menacing and evil, with odd struts and protrusions everywhere, but the interior is just as creepy. The architecture is cold and foreboding, with dark cellars, anemic throne rooms, and demonic faces carved into the stonework. Underneath the castle was the lair of the terrifying Red Bull, whose powerful roar would shake the very foundation of the castle during every sundown.