10 Films To Watch If You Like The Twilight Zone

10 Films To Watch If You Like The Twilight Zone

You Are Reading :10 Films To Watch If You Like The Twilight Zone There are few shows that have made such an impact in both TV and film quite like the Twilight Zone. Despite lasting only a handful of years, running from 1959-1964, this anthology series has since reached icon status with its thought-provoking, mind-bending, and often dark premises.

These cleverly crafted stories by Rod Serling have invoked the imagination by drawing from the surreal, the supernatural, and the superhuman. Yet, at the same time, these stories are very human in their conveying sound morals, emotional impact, and dynamic, relatable characters.

Whether influenced or otherwise, there also exists a slew of films in the vein of Serling’s work. These are movies that present an engaging narrative strengthened by this imaginative blend of the real and the surreal.

With that said, let’s take a look at 10 of the best movies for Twilight Zone fans to check out; films that capture the creative, twisted, and nuanced essence of this classic show. This (literally) atmospheric and eerie thriller, The Mist, is based on the 1980 novella by Stephen King. It very much channels the unsettling concept of foreign elements at play; of the unknown or unexplored. These are devices The Twilight Zone has excelled at pulling off with many of its classic episodes.

The ensuing chaos as our heroes struggle to get by in a misty, monster-laden setting is definitely Serling-esque. It reminds one of the hostile conditions that permeated the episode, “The Midnight Sun”. The Mist runs with the neat, entertaining premise of a monster movie while giving it an ethereal sci-fi spin that makes it a worthwhile watch. One of the most compelling aspects that makes The Twilight Zone stand out is its ability to throw its viewers for a loop; taking them for an enthralling ride only to lead them to an unexpected destination. This ability to shock audiences with a clever, unforeseen twist is a key element which filmmaker M. Night Shyamalan has always been known for. And there’s perhaps no film he’s more known for than his breakout ’99 hit, The Sixth Sense.

This memorable thriller, which features Bruce Willis and Haley Joel Osment in top form, presents a tale of fear, isolation, and the paranormal. And in perfect Twilight Zone form, this is capped off with a clever twist ending which adds an entirely new dimension to the film once it’s revealed. 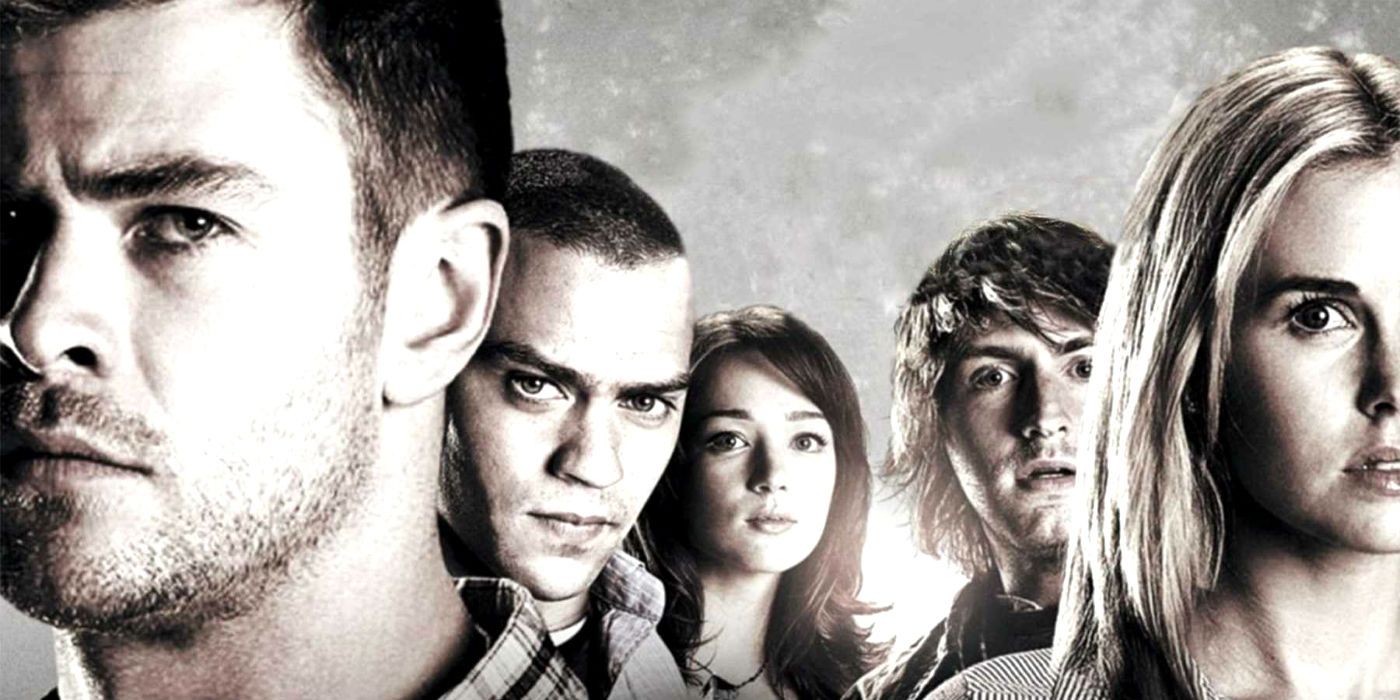 Part of the impact of The Twilight Zone is its ability to fool you into thinking the premise is something entirely different than a later reveal shows it to be. This is done through the creative twist endings, as we’ve mentioned, though it can be further enhanced with a story that may seem stock and straightforward at first.

This can no-doubt describe the premise of this wild horror film from 2012, The Cabin in the Woods. It kicks off resembling a Friday the 13th-like slasher or zombie thriller in the woods, only to unveil a completely crazy sci-fi twist involving ritualistic sacrifice.

It’s obviously super violent and “in your face” compared to Serling’s far more subdued show, but the parallels are there, to be sure. It’s probably a no brainer to include the ’98 surreal comedy, The Truman Show, in the conversation of Twilight Zone-esque, given that it was largely inspired by an actual episode, “Special Service.”

Jim Carrey plays Truman, who gets quite the reality check when he realizes that he is living amidst a television show created around his life for worldwide viewers. As you’d imagine from such an unorthodox premise involving this ultimate “reality show,” a series of intense and bizarre events unfold, as Truman attempts to escape. This concept of presenting the notion of reality and existence itself in new lenses sums up one of the major themes of The Twilight Zone. While this fairly minimalistic film doesn’t contain supernatural or surreal elements per se, it does present a gripping introspective narrative regarding the nature of humankind, along with a commentary on society. Themes of love and loss, the handling of grief, self-doubt, and peer pressure eventually give way to an eerie portrayal about the dangers of groupthink and cult practices.

In this sense, The Invitation resembles Serling’s uncanny knack for presenting social commentary and thoughtful messages in a subtle, clever way. On top of this, you’ve also got a pretty chilling revelation that comprises the very last scene, in true Twilight Zone fashion. The Twilight Zone’s is renowned for its distinct sense of atmosphere, as well as its ability to create strange, almost dreamlike concepts and settings at times. This very much describes the traits of the films of David Lynch, and Mulholland Drive is a stellar example of this.

This film truly captures the bizarre, unstable, and random nature of dreams, as we follow the turbulent narrative of Betty, played by Naomi Watts. This sets the stage for a crime caper and psychological thriller that oscillates from romance to truly creepy, unsettling moments. This is all further enhanced by some shocking reveals later in the film.

As a side note – this was originally conceived as a TV series, which should tip you off as to just how rich and complex this dramatic story becomes. Rod Serling’s work can often be described as experimental, psychological character studies dressed with sci-fi and light horror elements. These would be ample descriptors for this trippy drama/horror by director Robert Eggers.

The film draws you in from the getgo with its peculiar use of minimalism through gritty, black and white cinematography and powerful imagery. This gives this strange period film a sense of authenticity as well as that Serling-like obscurity that makes you feel something’s not quite right.

We hone in on the isolated lives of Ephraim and Thomas, terrifically played by Robert Pattinson and Willem Dafoe, as they tend to an island lighthouse. Things start simply and stably, only to spiral further and further into delightful weirdness. The fact that filmmaker Jordan Peele is on record for being inspired by The Twilight Zone, and has even crafted a modern rendition, should tip you off to the fact that his films are quite Serling-esque. Both Us, and his breakthrough hit, Get Out, certainly seem to hold these influences, but the latter is the stronger example, in more ways than one.

This gripping horror brings a cool, thought-provoking new twist on the psychological thriller. It achieves this through its clever exploration of racial dynamics in America, along with notions of control and individualism. Peele establishes this groundwork masterfully, before having its narrative escalate into a gripping, full-blown surgical conspiracy that few saw coming. This thrilling Christopher Nolan romp runs with some fun action sci-fi themes, while injecting plenty of mind-bending insanity that allows it to stand out from the pack. There are few concepts that are more deliciously “Twilight Zone” than the notion of infiltrating dreams within dreams, which is the crux of the trippy, unpredictable Inception.

The movie taps into the concepts of lucid dreaming, the human subconscious, and the uncertain perceptions of reality itself, taking on a vibe that rings both “Serling” and “Wachowskis.” At the same time, Inception is very much its own creative entity that dazzles visually and keeps viewers enthralled throughout.

Our number one spot comes in the form of another Christopher Nolan film, the inventive neo-noir Memento. Still, aside from its surreal, disorienting nature, this is a very different “picture” than our prior entry.

We’re placed in a uniquely confusing, chaotic place right away, as we follow a protagonist who lacks the ability to formulate new memories. This sets the stage for a whirlwind of uncertainty, along with plenty of action, as Leonard (Guy Pearce) tries to piece together clues and find out who killed his wife. He uses Polaroid photos with hastily-jotted notes to help guide him, but this can only take him so far, and he’s left to fill in the gaps of this complex puzzle.

This truly feels like a long, elaborate Twilight Zone episode that never was.