10 Lowest-Grossing Big-Budget Drama Movies Ever Made

Despite the amount of effort put into them, these dramas bombed hard at the box office. Here are the 10 lowest-earning dramas that cost a lot to make 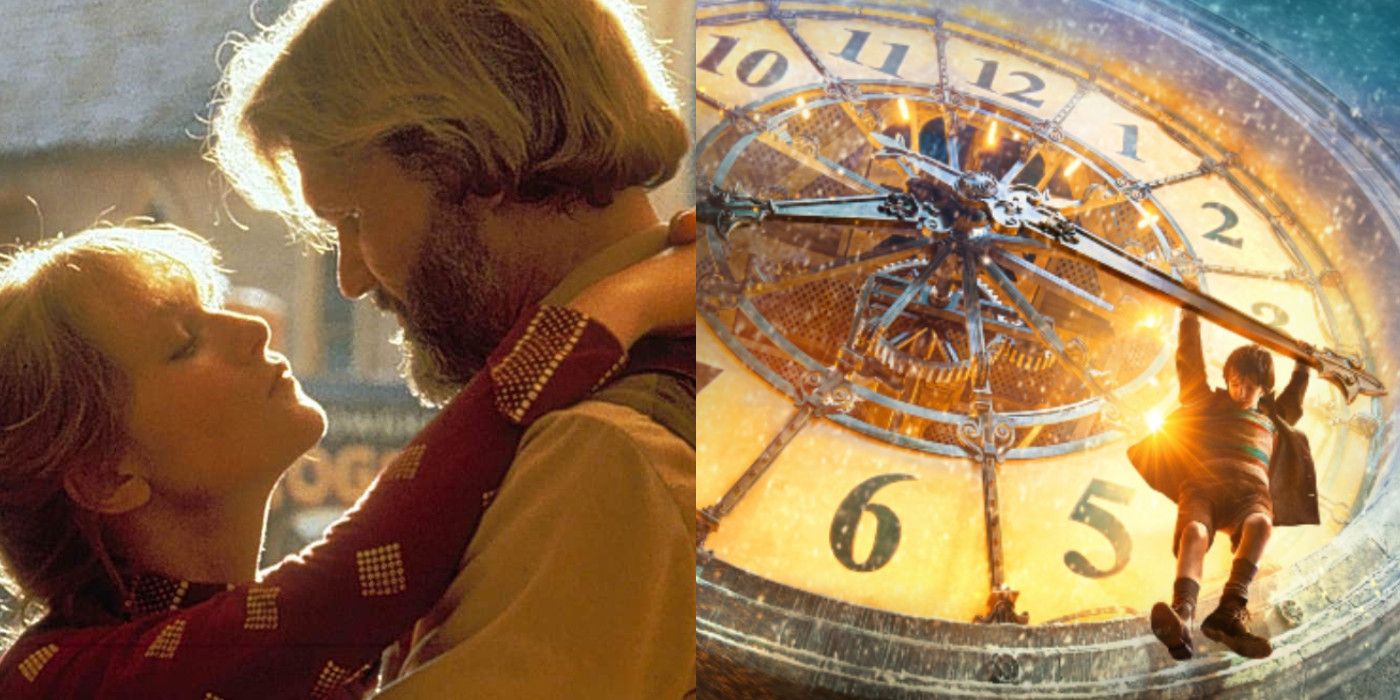 As we’ve seen, it doesn’t cost much to make a successful drama. In fact, some of the most successful dramas ever made were produced on a pinch, with budgets that are miniscule by Hollywood’s standards. Naturally, it would be easy to think that a higher-budgeted drama would make even more money. However, as is often the case, a big budget does not guarantee a successful return on investments, and can actually make a bad situation even worse.

It’s one thing for a micro-budgeted movie to bomb, but when a production with a multimillion-dollar budget implodes, the shockwaves are felt throughout the industry. Below are ten of the biggest dramas ever to bomb at the box office, arranged by the size of their worldwide grosses. Before we get started, we want to thank The Numbers, Rotten Tomatoes, and IMDb, whose stats and information made this list possible. 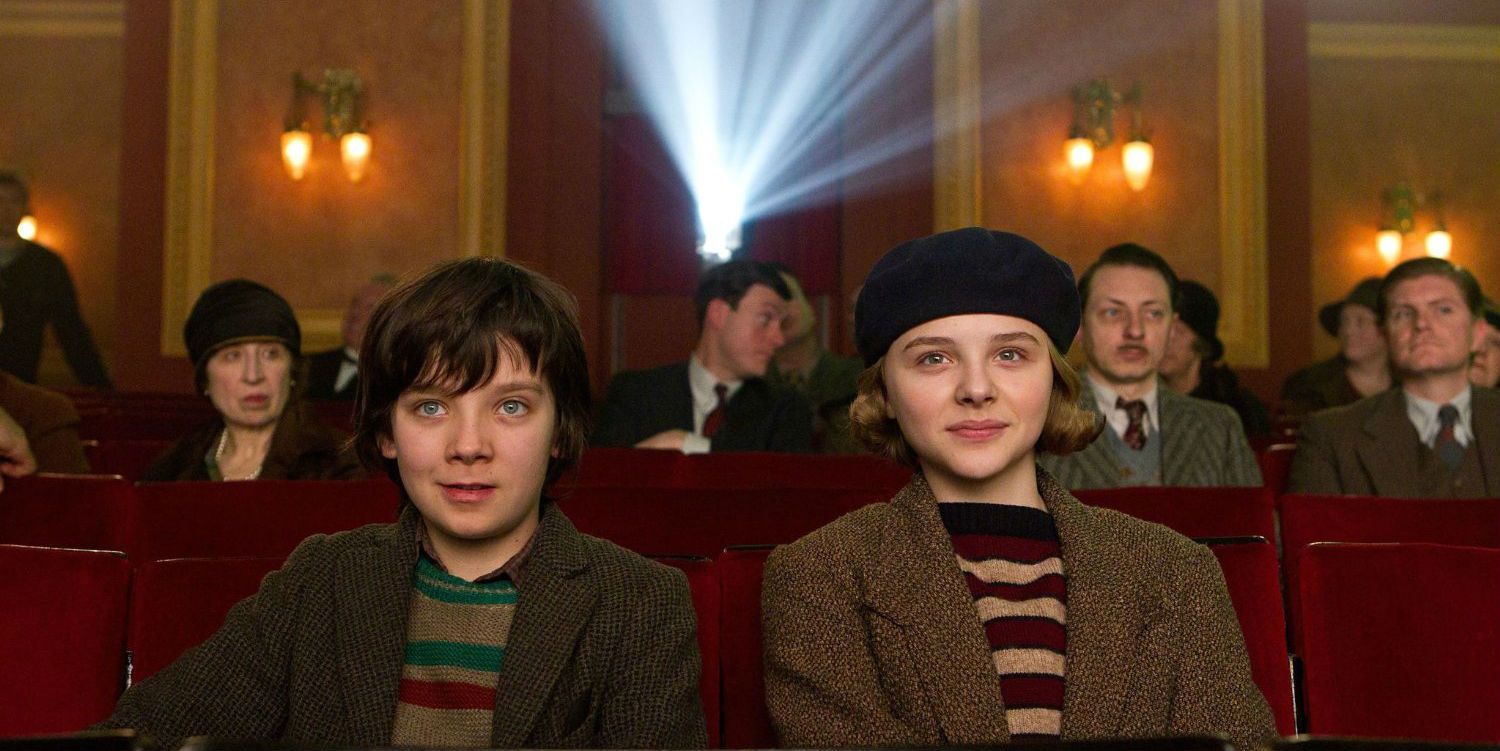 It’s important to mention that just because a film makes back its budget doesn’t mean it’s automatically successful. It first has to ‘break even,’ meaning that it needs to cover the expenses of production and make a profit for the studio. As we’ll see, there are numerous examples of movies that bombed because they failed to produce any substantial income for the creators, as is the case with the Martin Scorsese vehicle Hugo.

Despite being heralded as a masterpiece by many critics, the movie only just barely made back its budget following its release in 2011. While some of Scorsese’s films have underperformed in the past, this one was particularly harrowing due to its large budget. If anything, Hugo’s entry on this list is also proof that not all good movies are blockbusters. 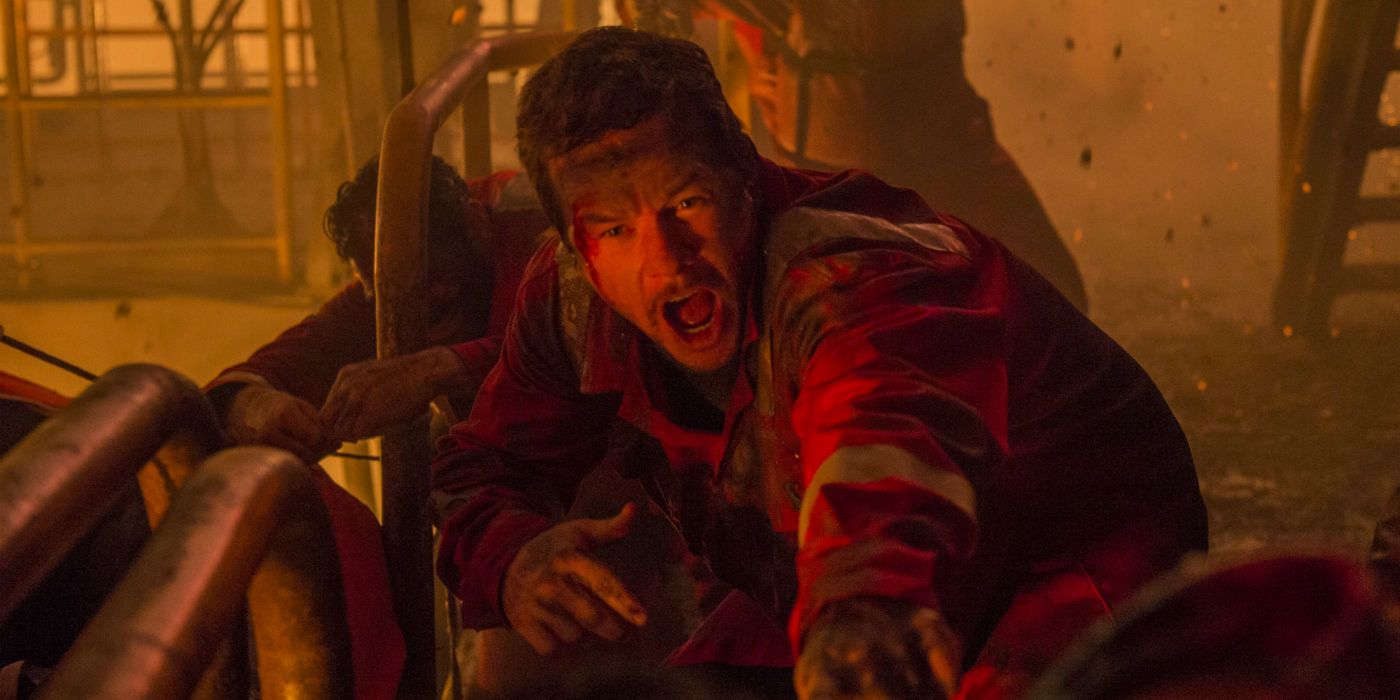 As a rule of thumb, it’s generally poor taste to make a movie about a famous catastrophe when said event is still raw in people’s minds. Case in point, Deepwater Horizon, a movie about the deadly 2010 Gulf-Coast oil spill. Deepwater Horizon got decent reviews and was even nominated for a few visual effect awards at the Oscars.

However, not even Mark Wahlberg and director Peter Berg could save Deepwater Horizon from sinking at the box office. Ironically, Berg’s next movie, Patriots Day, a movie about the Boston Marathon bombings, also underperformed, though not to the same extent as its former. 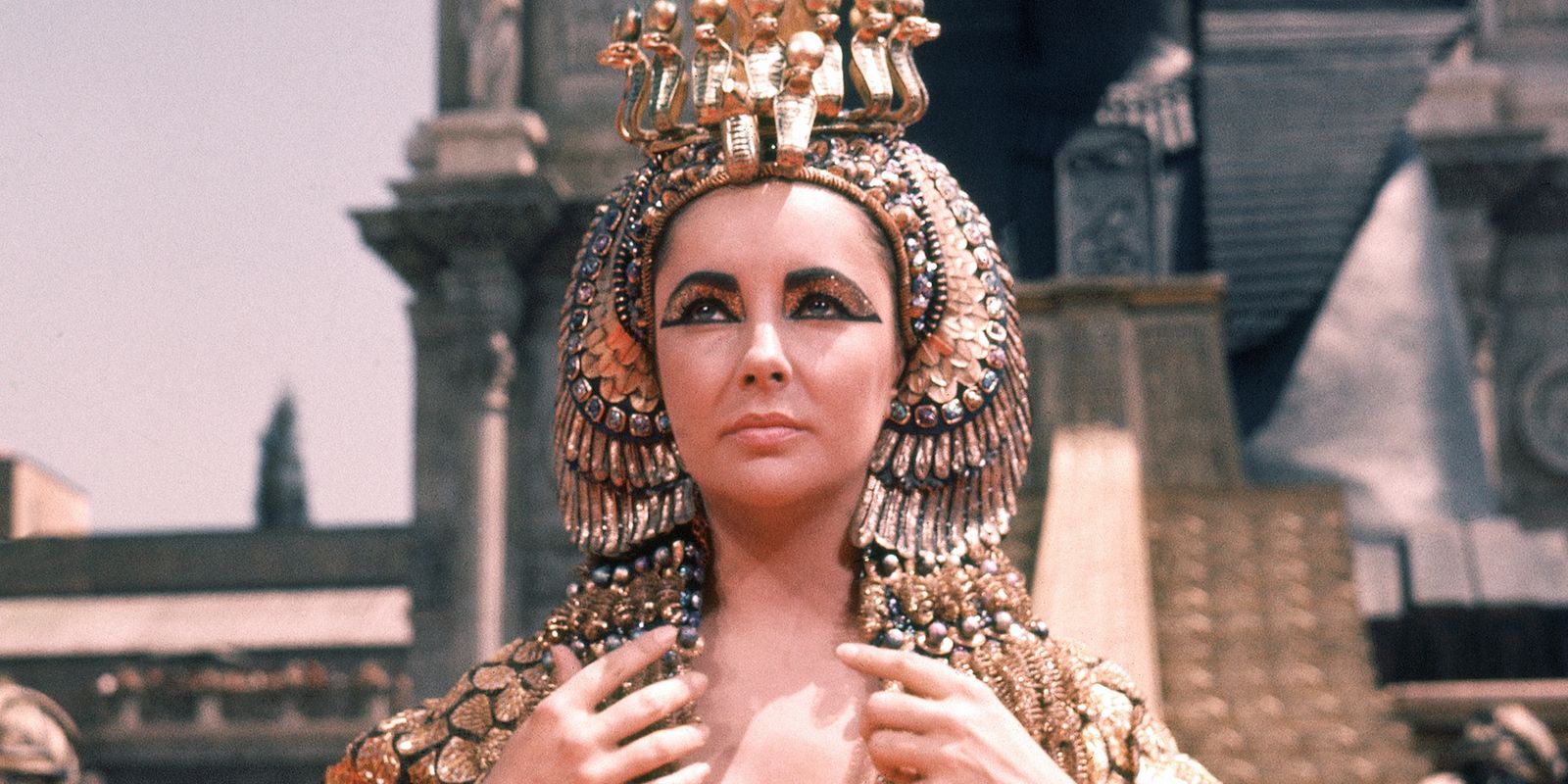 No list about the worst-performing movies, of any genre, is complete without mentioning Cleopatra, the grandma of all big-budget failures. One of the last great Hollywood productions sent in antiquity, 1963’s Cleopatra stared Elizabeth Taylor as the titular Egyptian ruler. A grandiose movie similar in scale to The Ten Commandments and Ben-Hur, Cleopatra is best known today for its troubled production cycle, including expensive reshoots, that caused its budget to balloon to levels not seen at the time.

While $44 million doesn’t sound like much by today’s standards, when adjusted for inflation, Cleopatra’s budget hovers around $340 million, making it one of the most expensive movies in history. While Cleopatra was the highest grossing film of 1963, its absorbent budget prevented it from turning a profit upon its initial release. 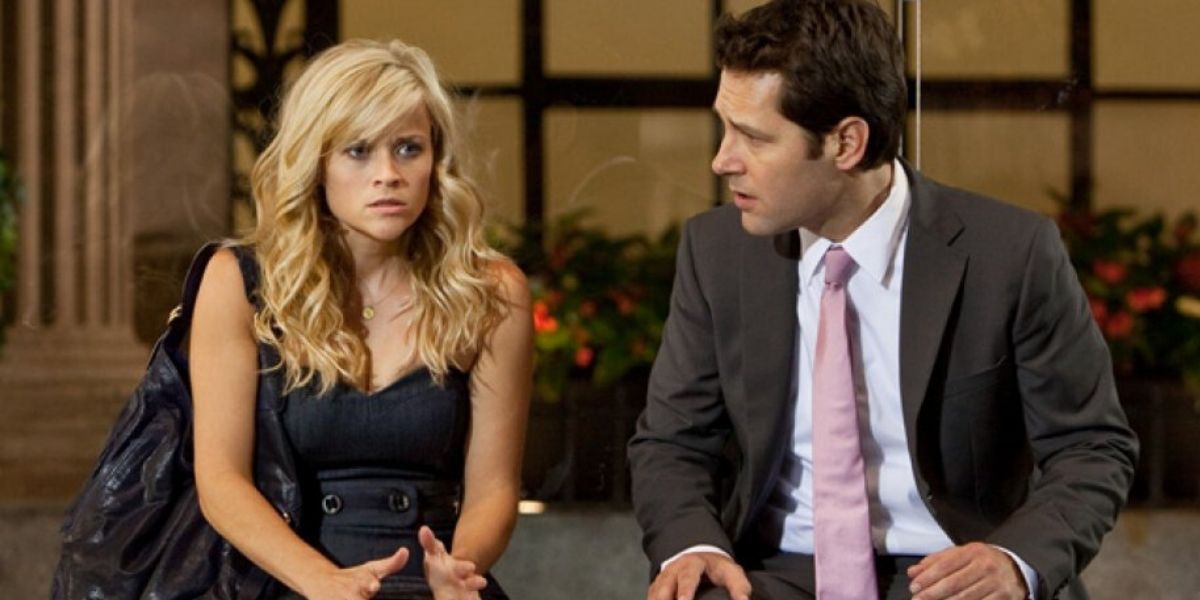 There’s no reason a sports-drama like How Do You Know? should have such a large budget. This was mostly because of the salaries of the ensemble cast, which includes the likes of Reese Witherspoon, Paul Rudd, Owen Wilson, and Jack Freaking Nicholson.

A movie about the (allegedly) riveting world of professional softball, How Do You Know? ended up receiving lukewarm reviews, with much of the criticism levied at the underwritten characters and predictable plot. Audiences weren’t enthusiastic either, and the movie was struck out upon release. 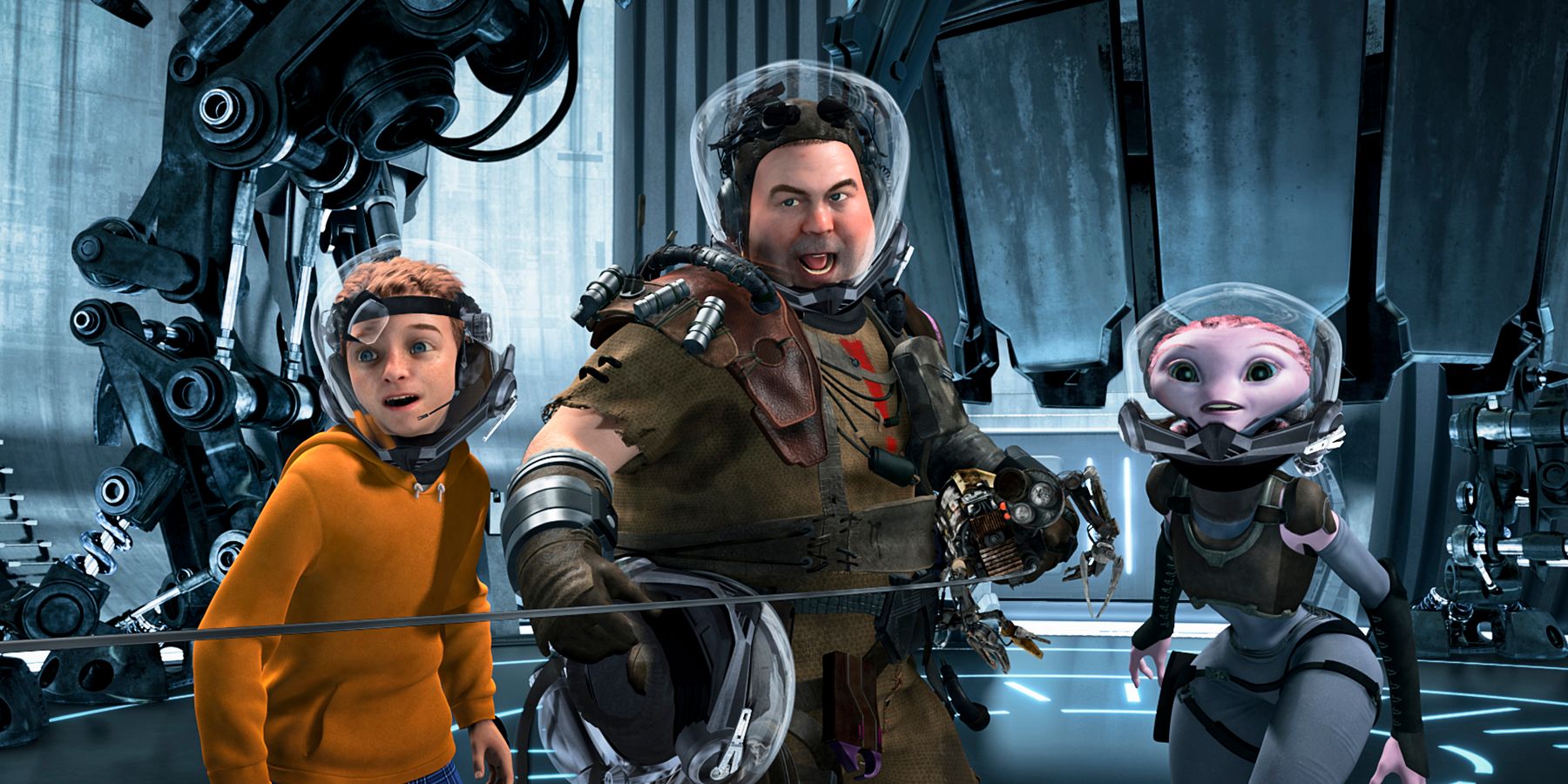 Hyped as an innovation in computer animated movies, the film proved that motion capture isn’t just expensive, but also kind of creepy when used excessively. It also doesn’t help that, in addition to giving them nightmares, the movie’s plot didn’t resonate with children, leaving them scared, then bored, then scared again. 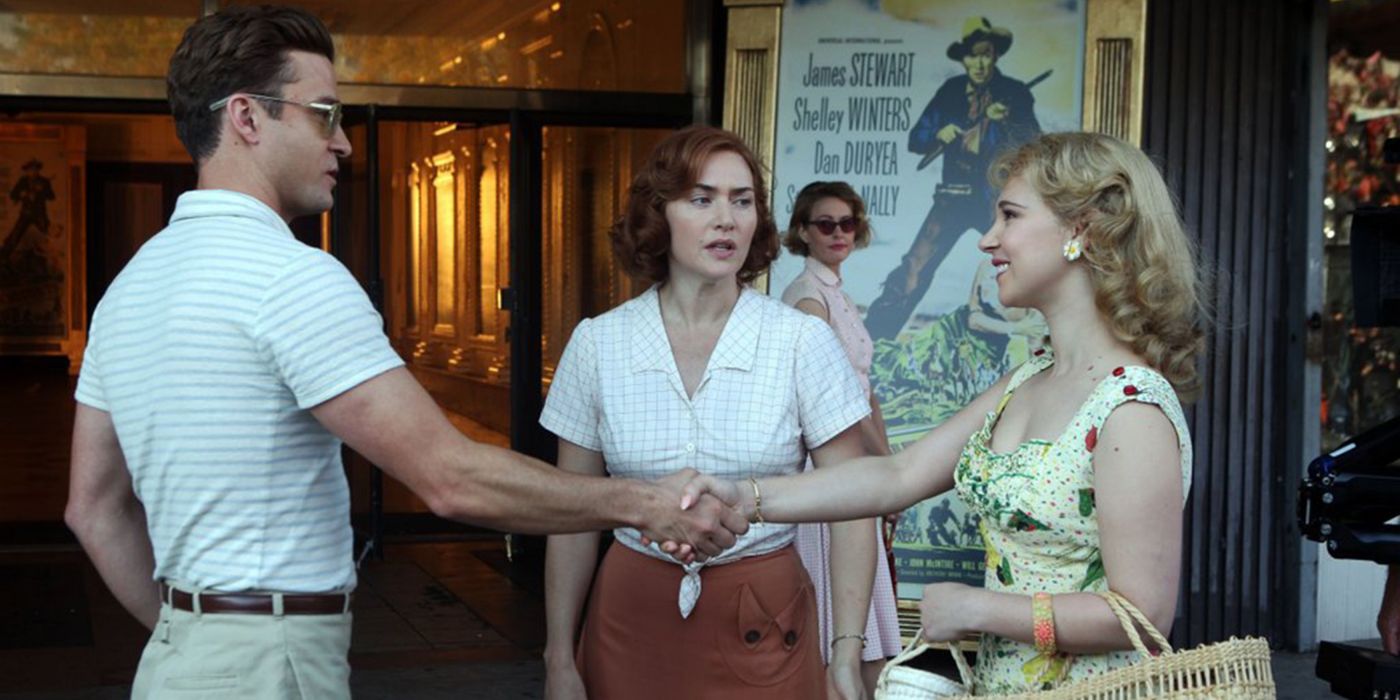 Writer/director Woody Allen has seen more ups and downs than an actual Ferris wheel. Despite being known as one of the greatest filmmakers of all time, the auteur has faced allegations of sexual assault for years. Recently, these allegations have resurfaced because of the #MeToo movement, making the release of Wonder Wheel problematic, to say the least.

Premiering right as the fallout of the Weinstein scandal was at its peak, Wonder Wheel was one of Allen’s biggest bombs to date. Its poor performance was blamed on the bad PR surrounding Allen, and many of the leads later expressed regret for staring in Wonder Wheel. It was the last movie Allen made with Amazon Studios, who backed out of a lucrative deal with the director after facing pressure to disavow him. 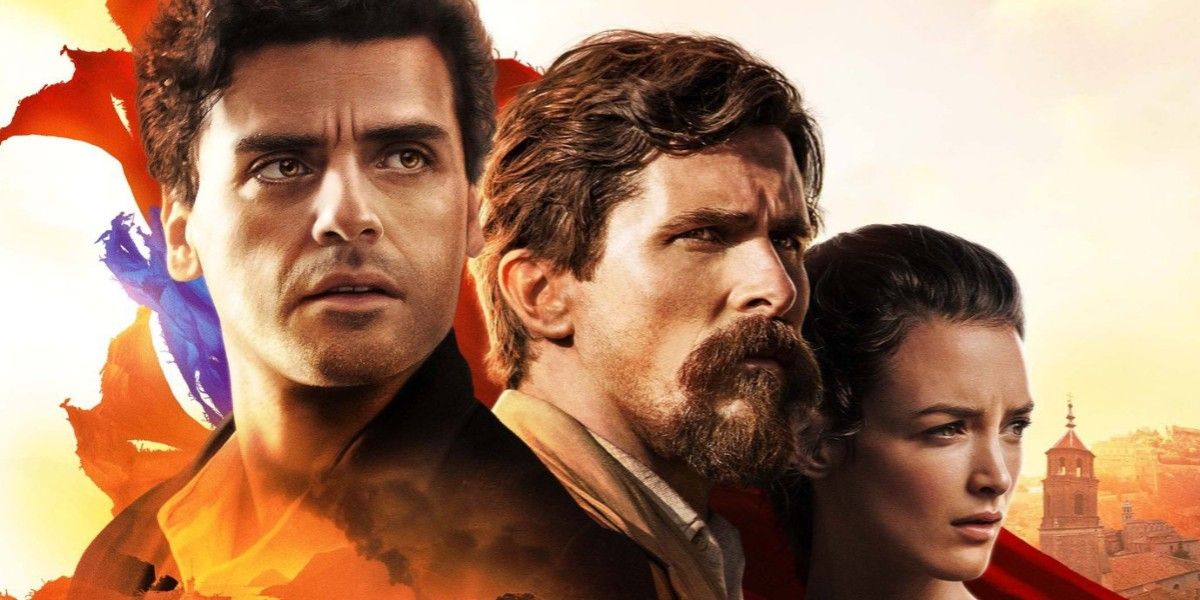 Set against the backdrop of the Arminian Genocide, The Promise is a romance that stars Oscar Isaac, Charlotte Le Bon and Christian Bale. Made in the same vein as other catastrophic-romance movies like Titanic, The Promise is one of the few movies brave enough to tackle what is considered an extremely dark, and highly controversial, chapter in human history.

Still, critics were split over whether or not it was a good idea to focus on just three characters, in an event that killed an estimated 2 million people. Hopefully, another movie will come along that’ll pay the victims of the genocide more respect. 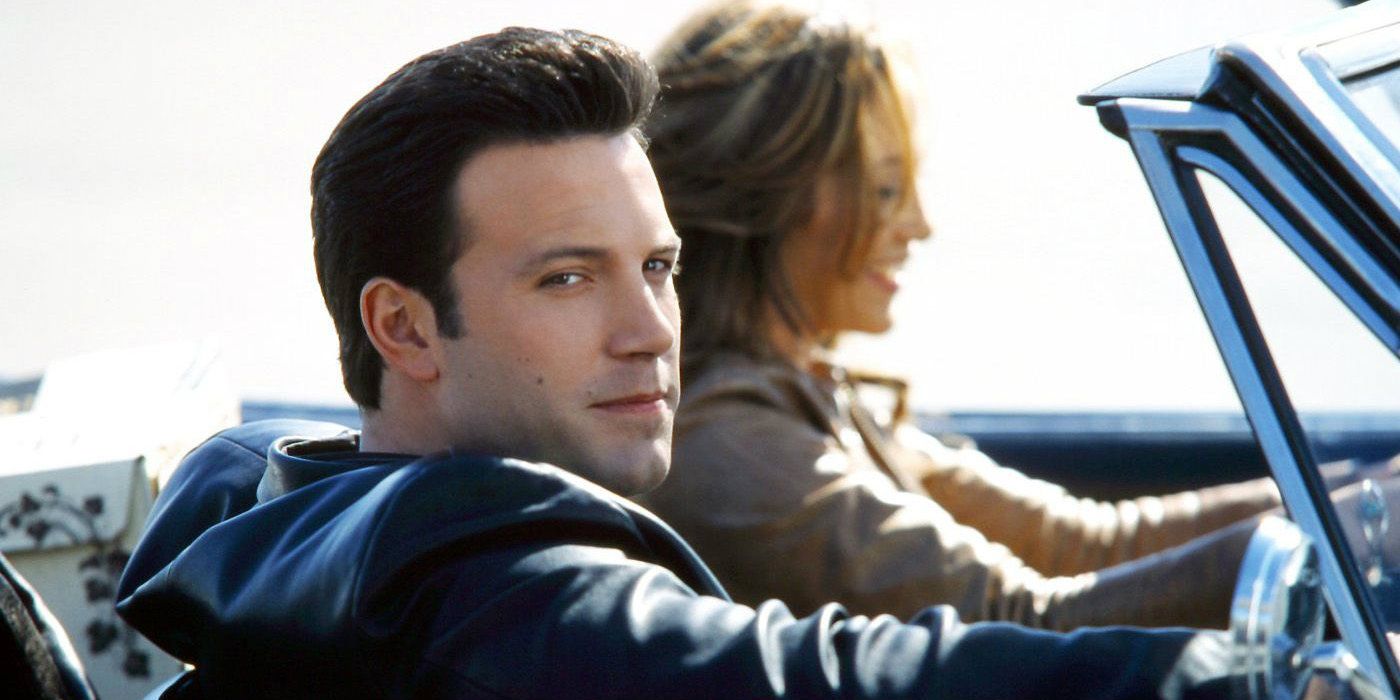 Considered as one of the worst movies ever made, this Ben Affleck/Jennifer Lopez rom-com was absolutely mauled at the box office.

After a pretty poor opening, Gigli all but died during its second weekend, and it made less than a fraction of its relatively humble budget. Critics and audiences were united in their disdain, with much of the vitriol levied at the laugh-out-loud script. It’s turkey time indeed. 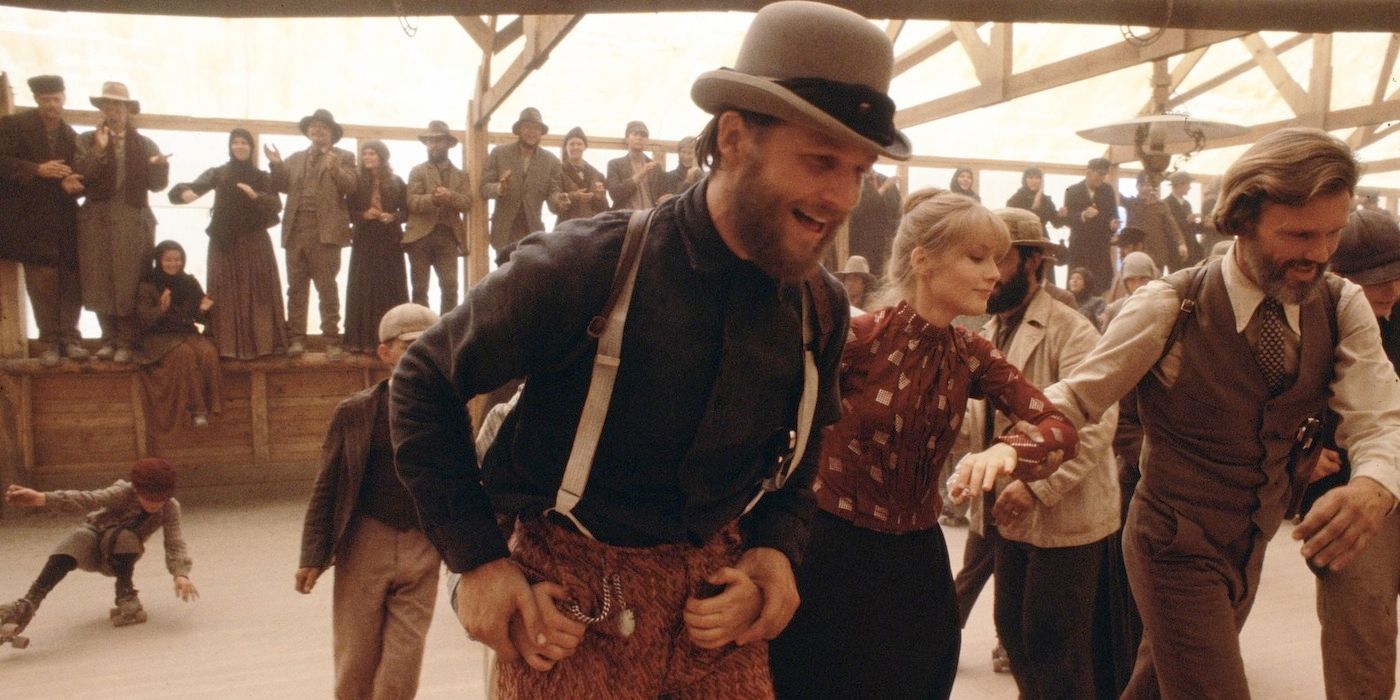 Often cited as the movie that killed the Western and the New Hollywood wave, Heaven’s Gate all but ruined the career of its director, Michael Camino. Hot off his success of The Dear Hunter, Camino poured everything he had into Heaven’s Gate, and his obsessive eye for perfection caused the budget to spiral out of control.

When it was finally released, the movie was lambasted by critics for its bloated runtime and confirmed cases of animal abuse, including a horse that was accidentally blown up with pyrotechnics. While retrospective analysis on the movie has been more positive, the film was considered toxic for decades, and ultimately caused its production company, United Artists, to go bankrupt. 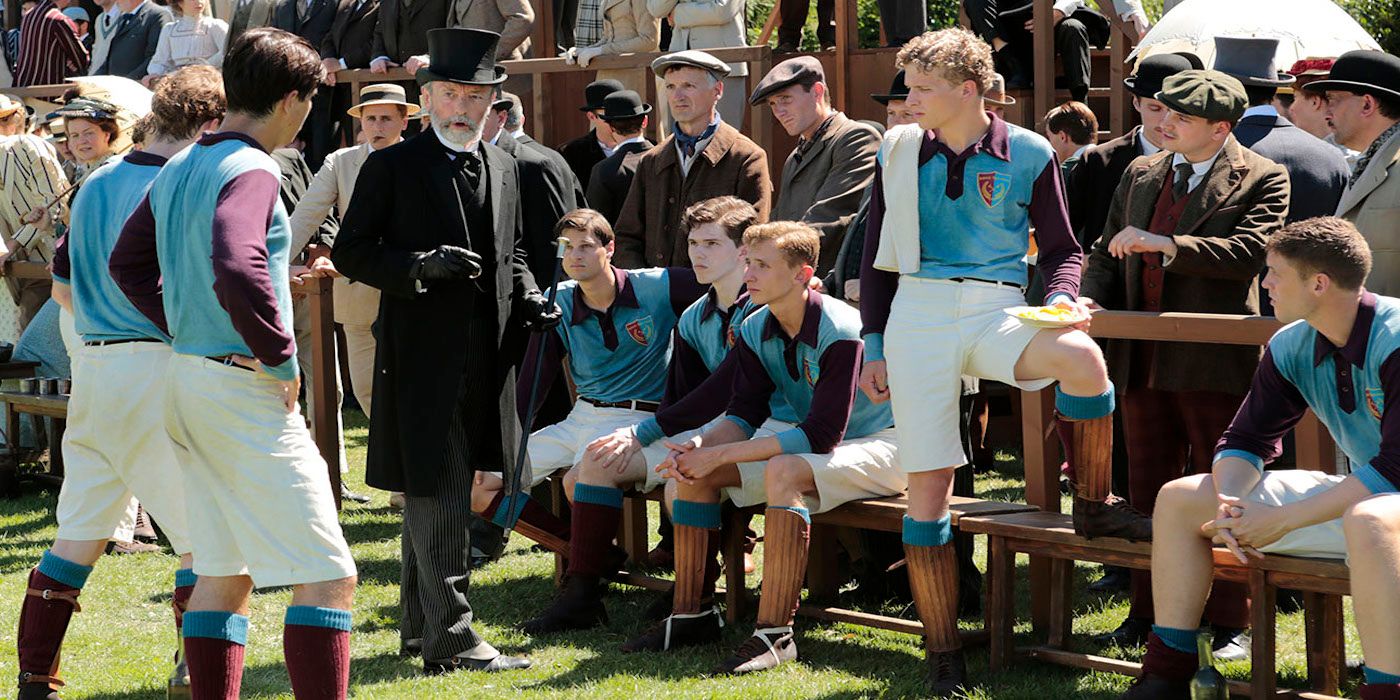 No, that’s not a typo. United Passions, a film about the origins of the soccer league FIFA, made less than a million worldwide. Funded almost entirely by FIFA itself, United Passions was released amid a massive ethics scandal that caused much of its top brass to either resign and/or go to prison. But even if the movie wasn’t released during such an unflattering time for the company, it still would’ve sucked.

Critics said that the film was boring and self-congratulatory, and it currently holds a rare 0% rating on Rotten Tomatoes. And if the worldwide gross wasn’t bad enough, the movie made just (wait for it) $607 in the United States. Not really a gooooaaaalllll, now is it?