10 Manga With An Alice In Wonderland Theme

10 Manga With An Alice In Wonderland Theme

You Are Reading :10 Manga With An Alice In Wonderland Theme 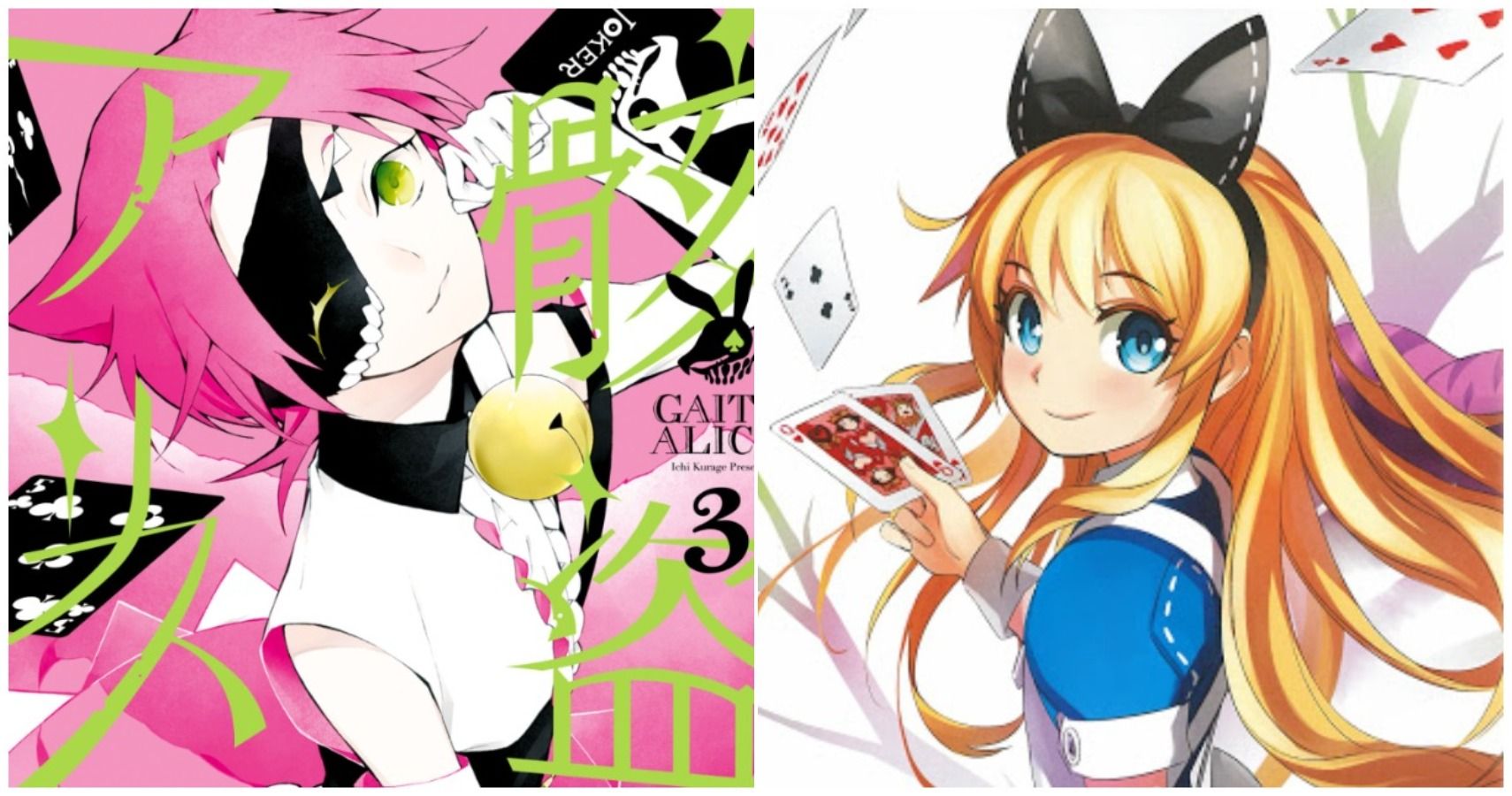 Alice’s Adventures in Wonderland, or more commonly known as Alice in Wonderland is a novel written by Lewis Carroll that is beloved for its literary nonsense genre and fantastical setting. After all, the series is considered to be an isekai to the Japanese entertainment world.

Alice runs after a white rabbit and falls down a hole to a wonderful wonderland. If one thinks about this, what can be more isekai than that, besides reincarnation and being hit by a truck? There is an abundance of manga in Japan with Alice in Wonderland themes, so here are ten manga to read. 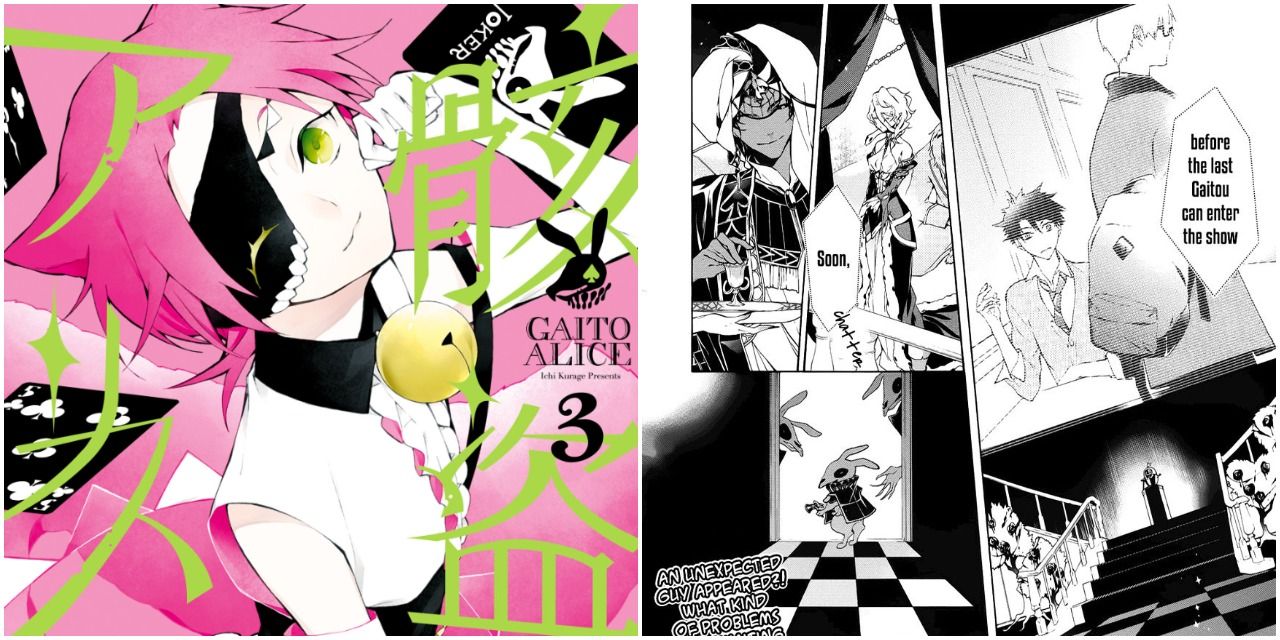 Body-Stealing Alice is a short manga, with only 3 volumes and 16 chapters. Along with being a fantasy, it takes place at a school and is targeted towards older women.

Gaitou are thieves who appear in dreams and steals the “darkness” in people’s hearts. Hikaru Arisugawa is a Gaitou who hunts Gai, lower-ranking demons who appear like rabbits, and stops others from succumbing to the darkness. 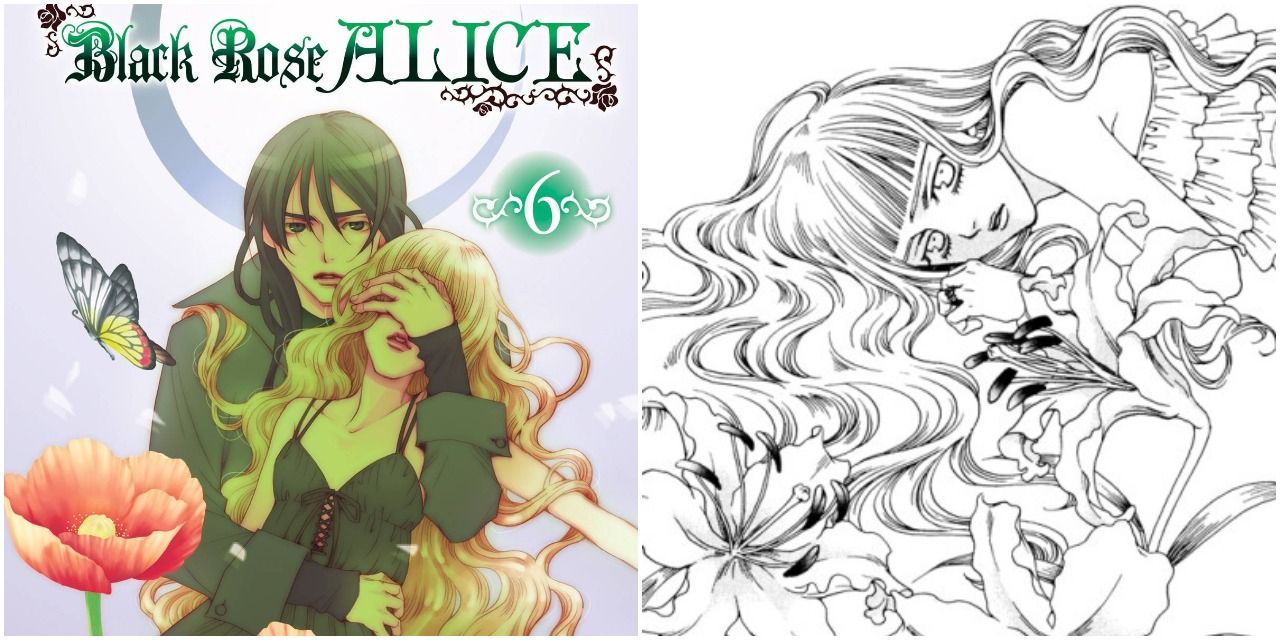 Black Rose Alice is 6 volumes and has 27 chapters. Compared to the other manga out there about Alice in Wonderland, this one is a horror and psychological thriller manga. After Dimitri Lewandowski dies during the 1900s, he comes back after gaining a vampire master.

In 2008, Dimitri appeared before a girl named Azusa Kikukawa and will grant her wish to save her, but only if she agrees to give her body to him for his vampire children. 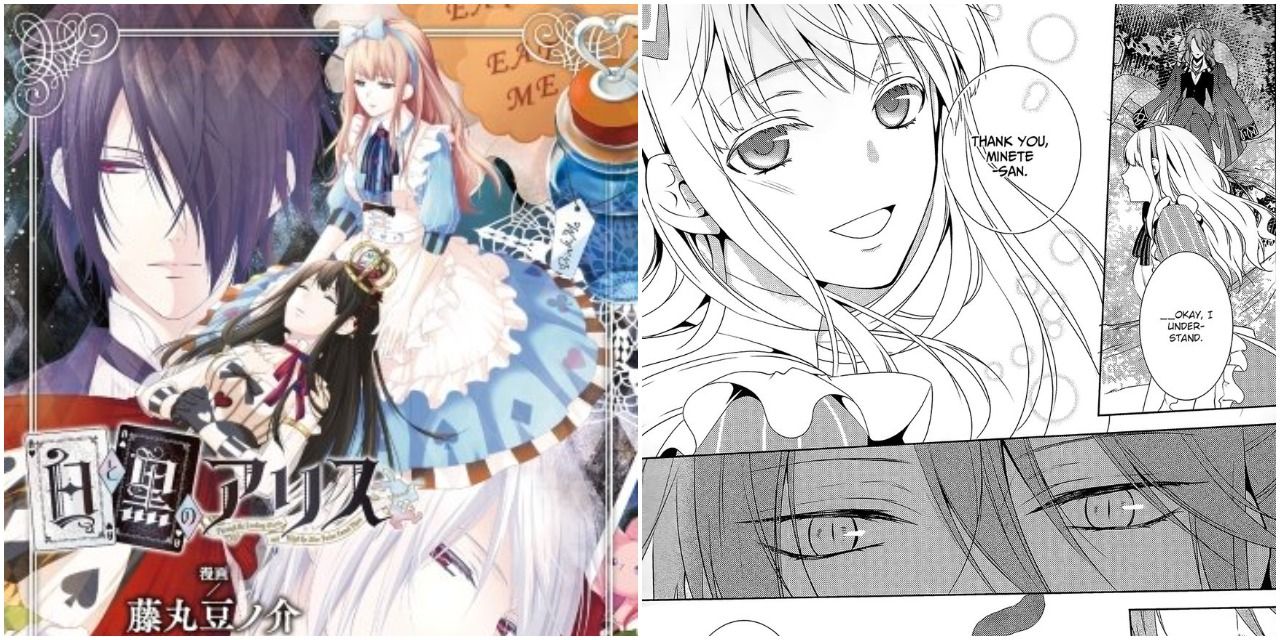 The Black and White Alice is a manga adaption of the PS Vita otome game and has 1 volume with 7 chapters. Airi is an ordinary high school girl until a man named Rain appears before her and tells her she needs to go to the Black World, as the queen of the White World, Luna, must be replaced.

Airi is set to become the new Queen, and Luna will live in the White World as a normal girl. What will happen to the two? And what is the connection between the two girls? 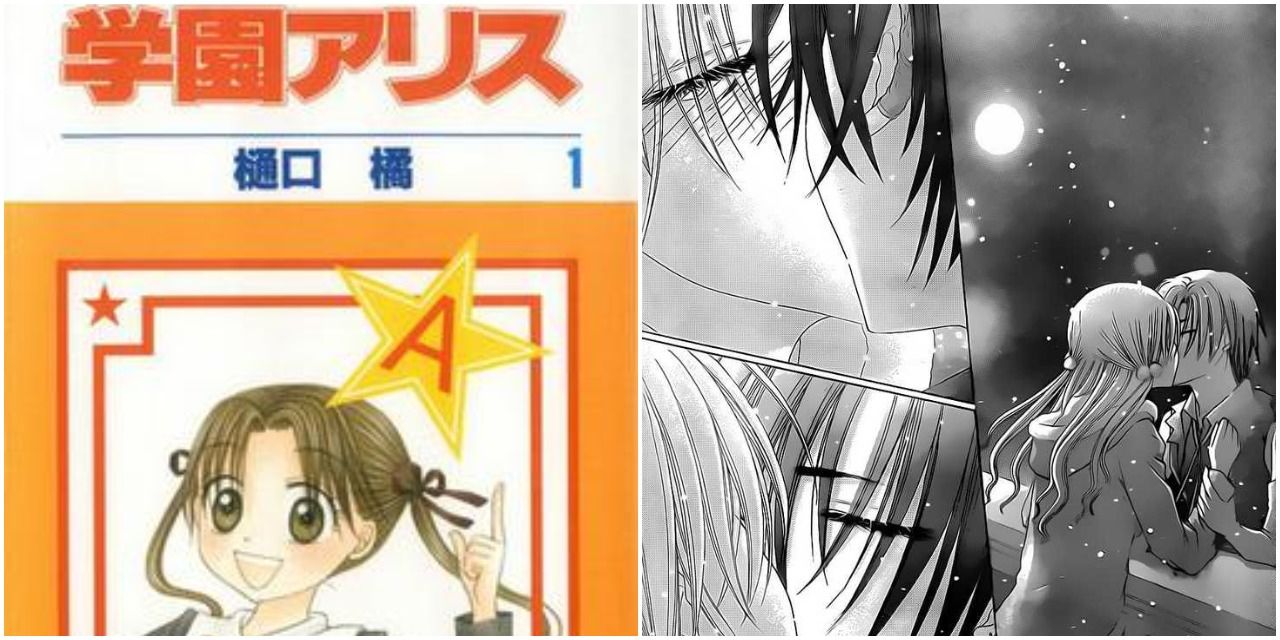 Alice Academy does not only hold the name “Alice” in the title — the supernatural abilities the children hold are named this, as well. At 31 volumes and 180 chapters, this series ran for more than a decade before concluding.

The series follows Mikan Sakura after discovering her friend is moving to Tokyo, so she follows and discovers a whole new world, from secrets she never knew to new prospects of love.

6 Alice In Borderland By Haro Aso 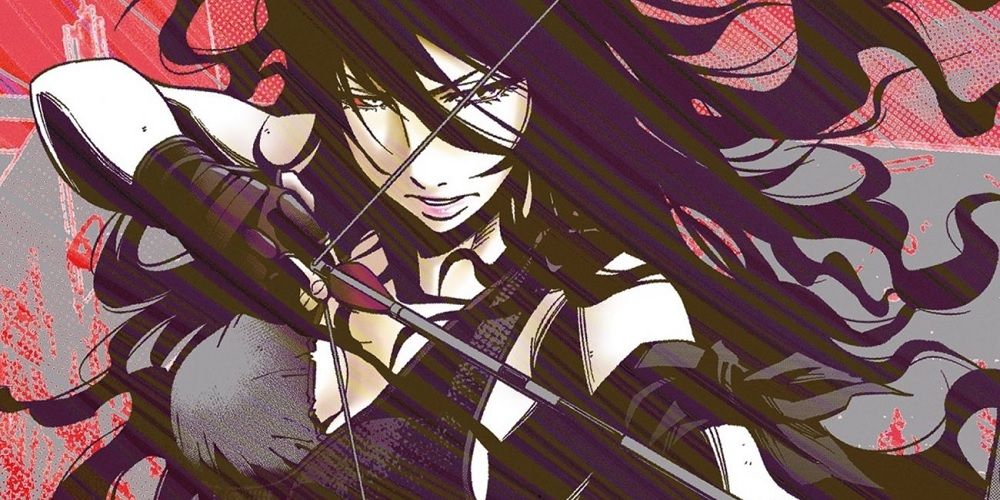 Alice in Borderland has 18 volumes and concluded with 65 chapters. The story follows a boy named Arisu Ryouhei, a delinquent who wishes the world would be more interesting.

He gets his wish when he is blinded by fireworks and opens his eyes up to see a post-apocalyptic world laid before him, as well as three friends who are transported along with him. It turns out that they must compete in a survival game or die. 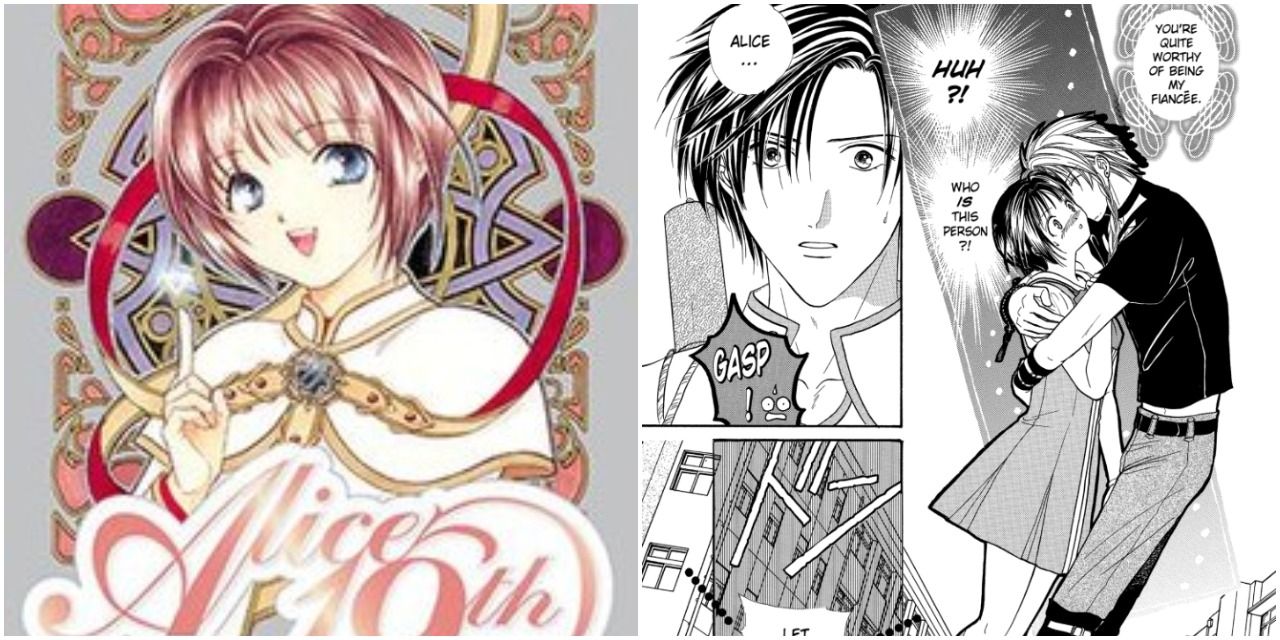 Brought to fans by the manga author who created Fushigi Yuugi: Mysterious Play, here is Alice 19th. Alice Seno’s life turns upside down once she follows a white rabbit. This rabbit happens to be a scout named Nyozeka who tells her of a power she has the potential to wield.

It turns out that she is a Lotis Master, a person who has the ability to dispel the darkness in someone’s heart. However, after accidentally using this power to erase her older sister, she must discover a way to bring her back, together with her Senpai, Kyou and Frey.

4 Are You Alice? By Ai Ninomiya & Ikumi Katagiri 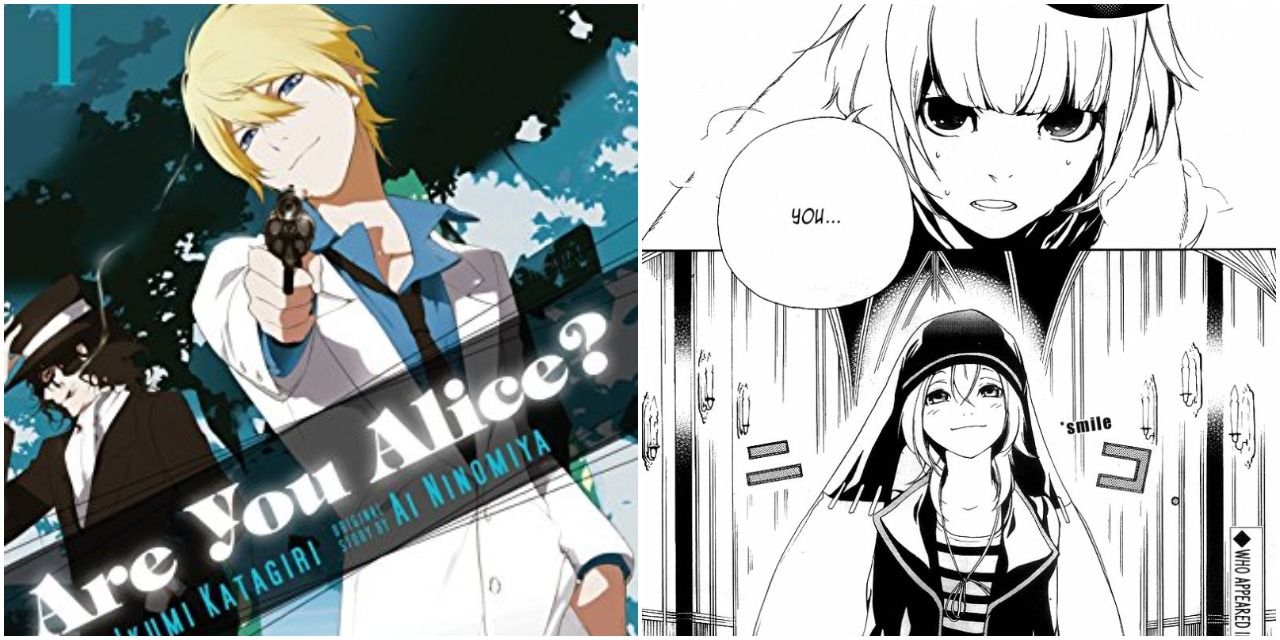 Are You Alice has 12 volumes and 74 chapters. This puts a serious spin on Alice in Wonderland, as this time Alice is not a girl, but a boy.

After a young man with amnesia happens to fall into a world called Wonderland, he is named “Alice” and forced to participate in a game of murder called “Kill the White Rabbit” by the Queen of Hearts. Being forced and with nothing else to do, Alice must compete in the game or be killed.

3 Alice In Murderland By Kaori Yuki 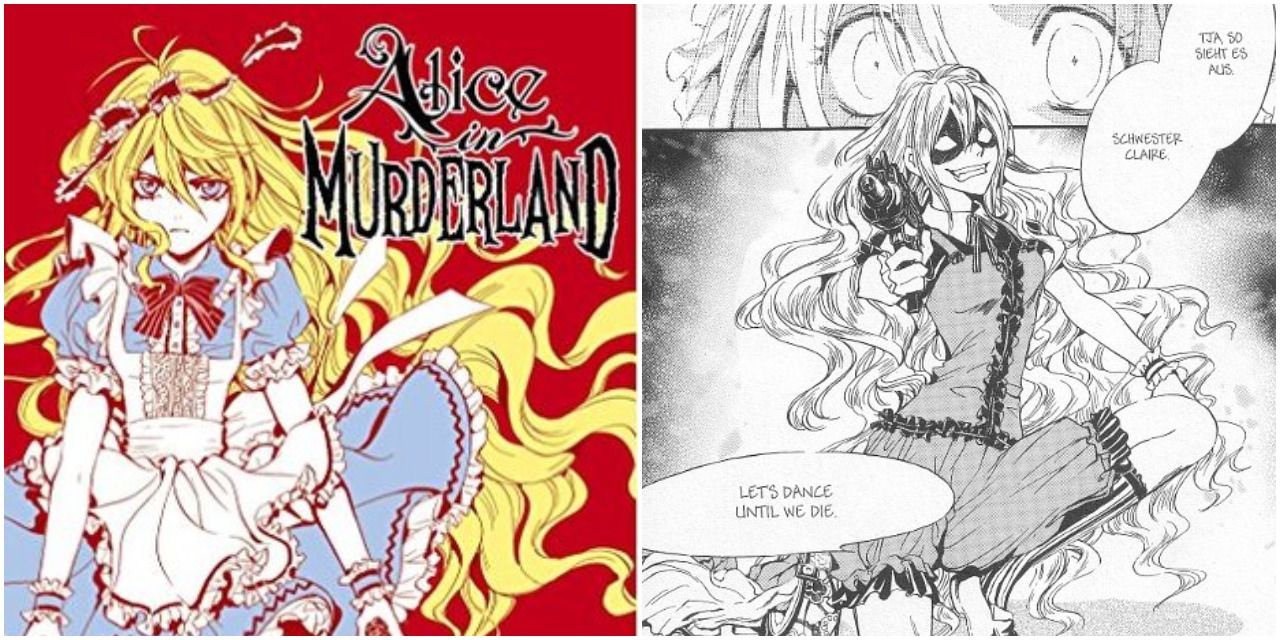 Continuing on the themes of murderous games, here is Alice in Murderland. It has 11 volumes and 44 chapters. The series follows a group of elite members called “The Mad Tea Party.”

In order to become the heir or heiress of the Kuounji family, the siblings must participate in a fight to gain the spot. However, the appearance of a girl named Stella, who is the one wearing none other than the “Alice” dress, throws a wrench in these plans.

2 Alice in the Country of Hearts: Wonderful Wonder World By QuinRose & Soumei Hoshino 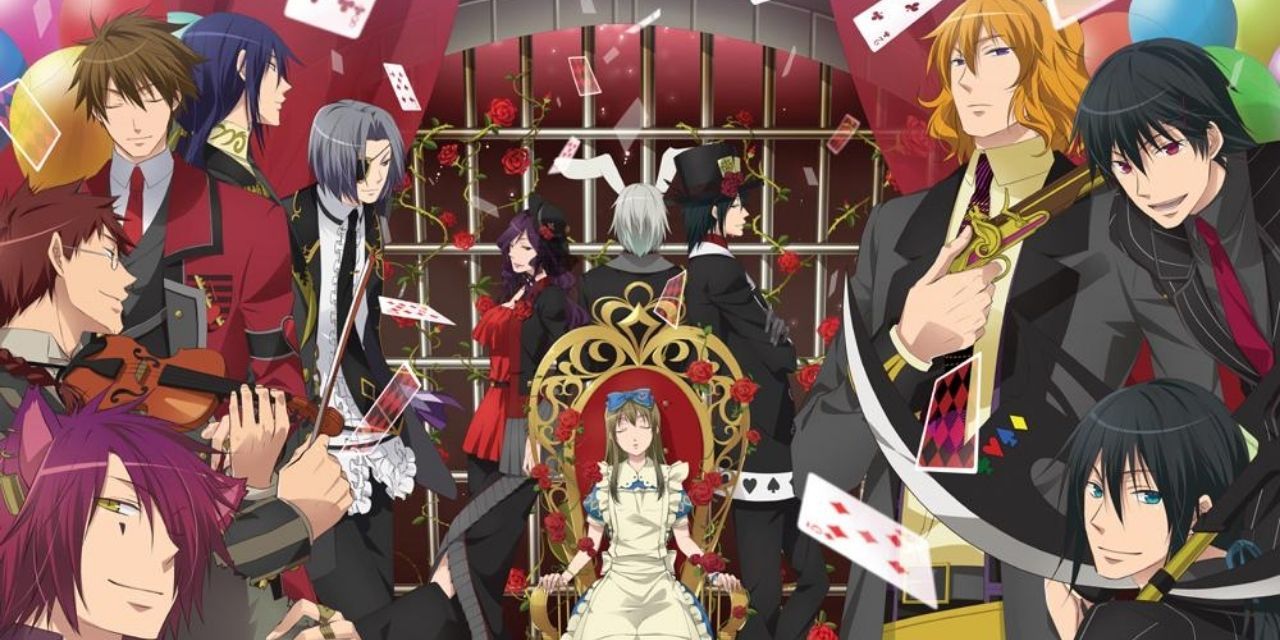 Alice in the Country of Hearts: Wonderful Wonder World has 6 volumes and 23 chapters. After Alice Liddell, a girl who is in her older and more beautiful sister’s shadow is kidnapped by a man named Peter White, she is brought to Wonderland.

In this iteration of Alice in Wonderland, the characters are all a little too wacky in the head as well as more violent, as the Mad Hatter has turned into a mafia boss and the Cheshire Cat has an obsession with killing things to crush his boredom.

1 Alice in Wonderland By Sakura Kinoshita 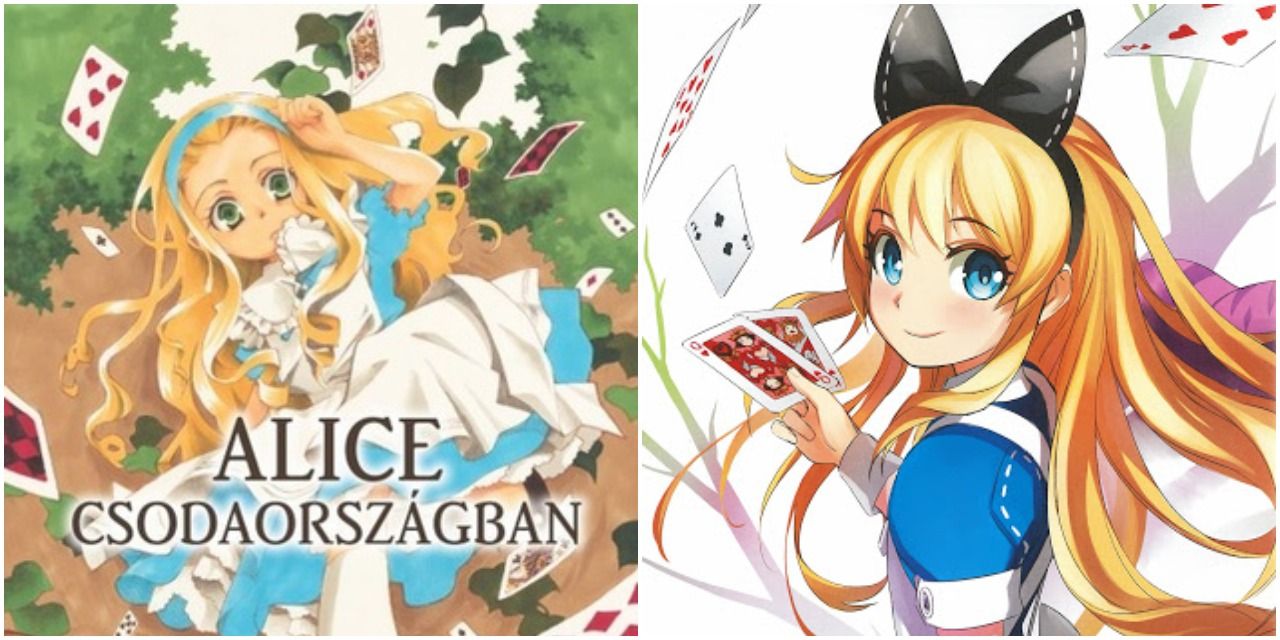 Alice falls into a hole after following the white rabbit and is stuck in Wonderland until she can find a way to leave.