You Are Reading :10 Reasons Once Upon A Time Should Have Ended With Season 6 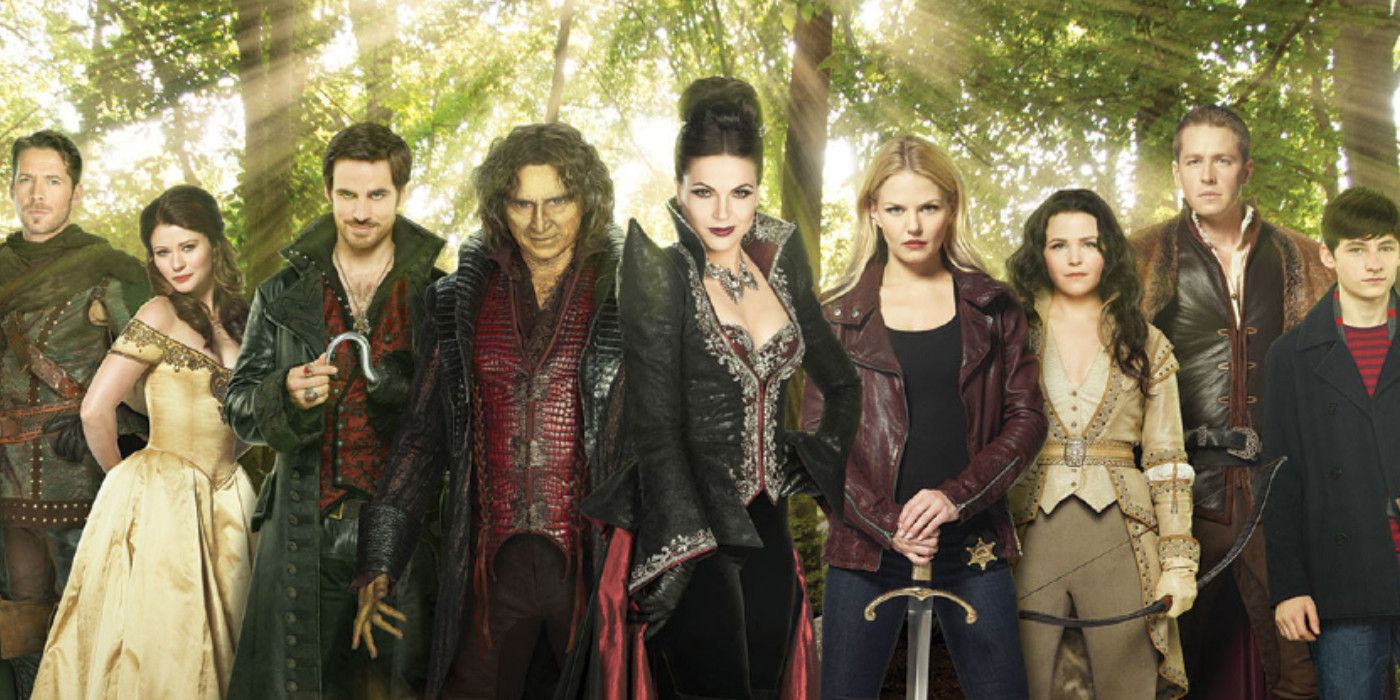 The final season of Once Upon A Time brought some beloved characters to Hyperion Heights, the location of a new Dark Curse. Some were happy with the refreshed outlook on the original concept of the series.

However, others were not amused as it undid the happy ending the main characters had just received. Season six brought the original storyline to a close, tying up nearly every loose end from the truth about Prince Charming’s father to Emma’s final battle. Season seven was considered to be a mistake by almost the show’s entire fanbase. Many wished that the series had ended after the final battle in season six. 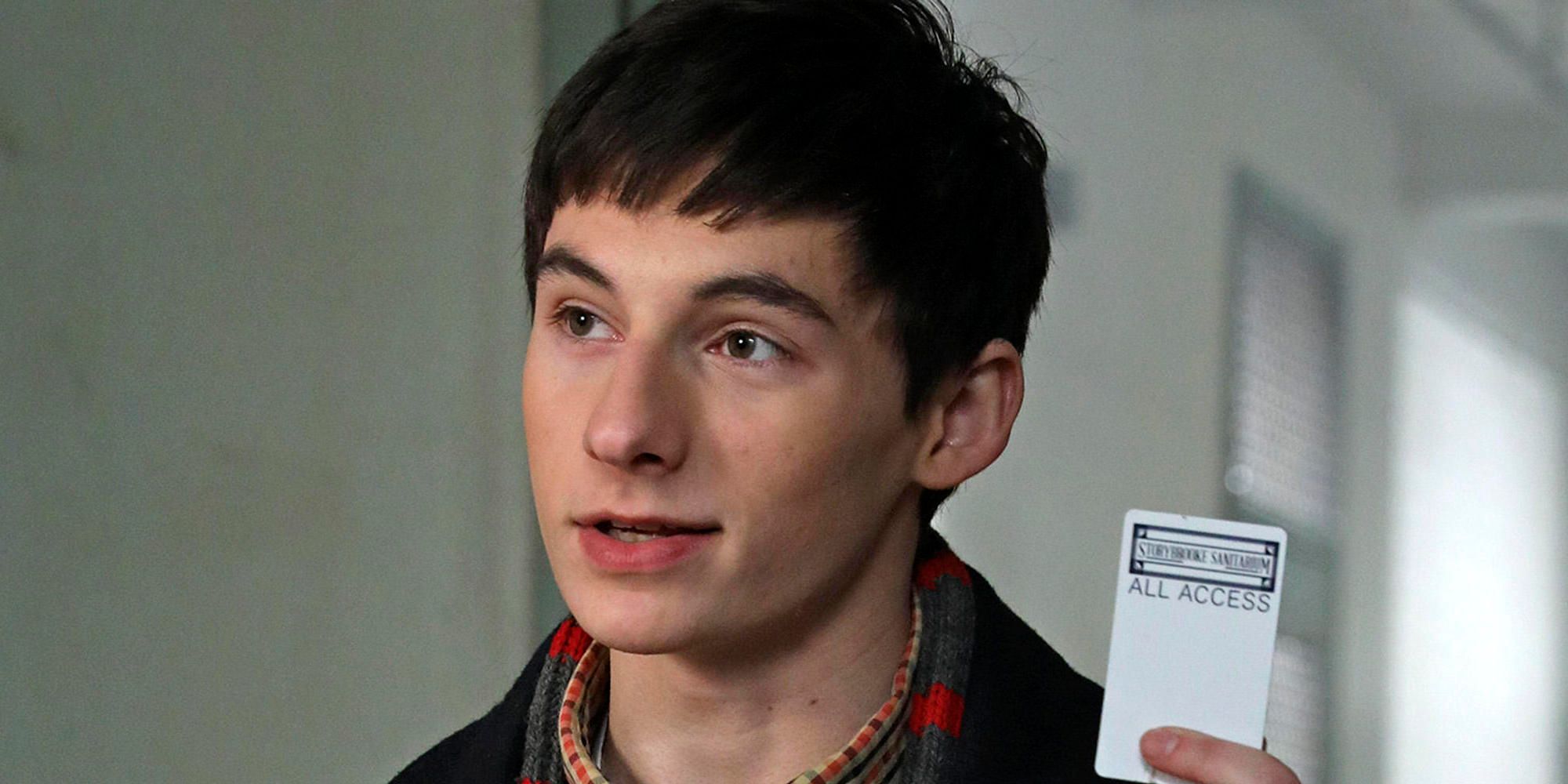 Towards the end of season six, Henry was experiencing bursts of author tampering in his regular writing. Determined to get to the bottom of it, Regina and Henry visit Isaac, a previous Author, to find the answers. Just as Regina and Henry let Isaac go, Isaac tells Henry to check the book, to which Henry discovers that they are in the last chapter.

After Emma wins the Final Battle, the book Henry has relied on for six seasons has reached a close. While season seven would open a new book, there would have been something poetic about ending the series within the same book it began with. 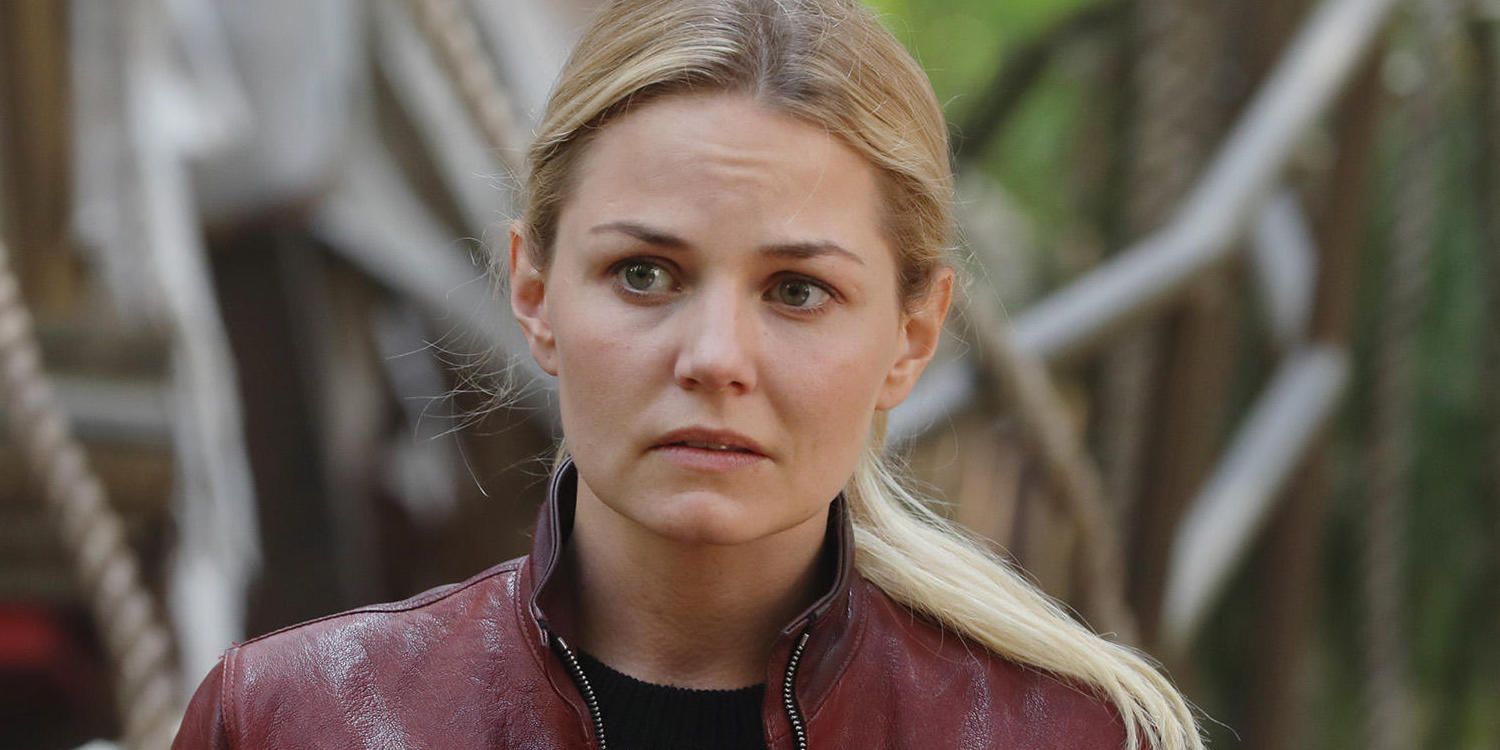 Emma was destined to be the Savior to rescue the trapped residents of the Enchanted Forest. Henry appearing in Emma’s life, claiming that everyone in Storybrooke was a fairytale character, was the catalyst that changed her life.

From then on, Emma fulfilled her job, breaking the curse on Storybrooke, and remaining to help her parents and Regina save Storybrooke from those who tried to hurt their family. By the end of the sixth season, Emma marries Hook and advances on to win the final battle. Successfully looking into the future, Emma’s story reached a natural end, and the show continuing without her felt wrong. 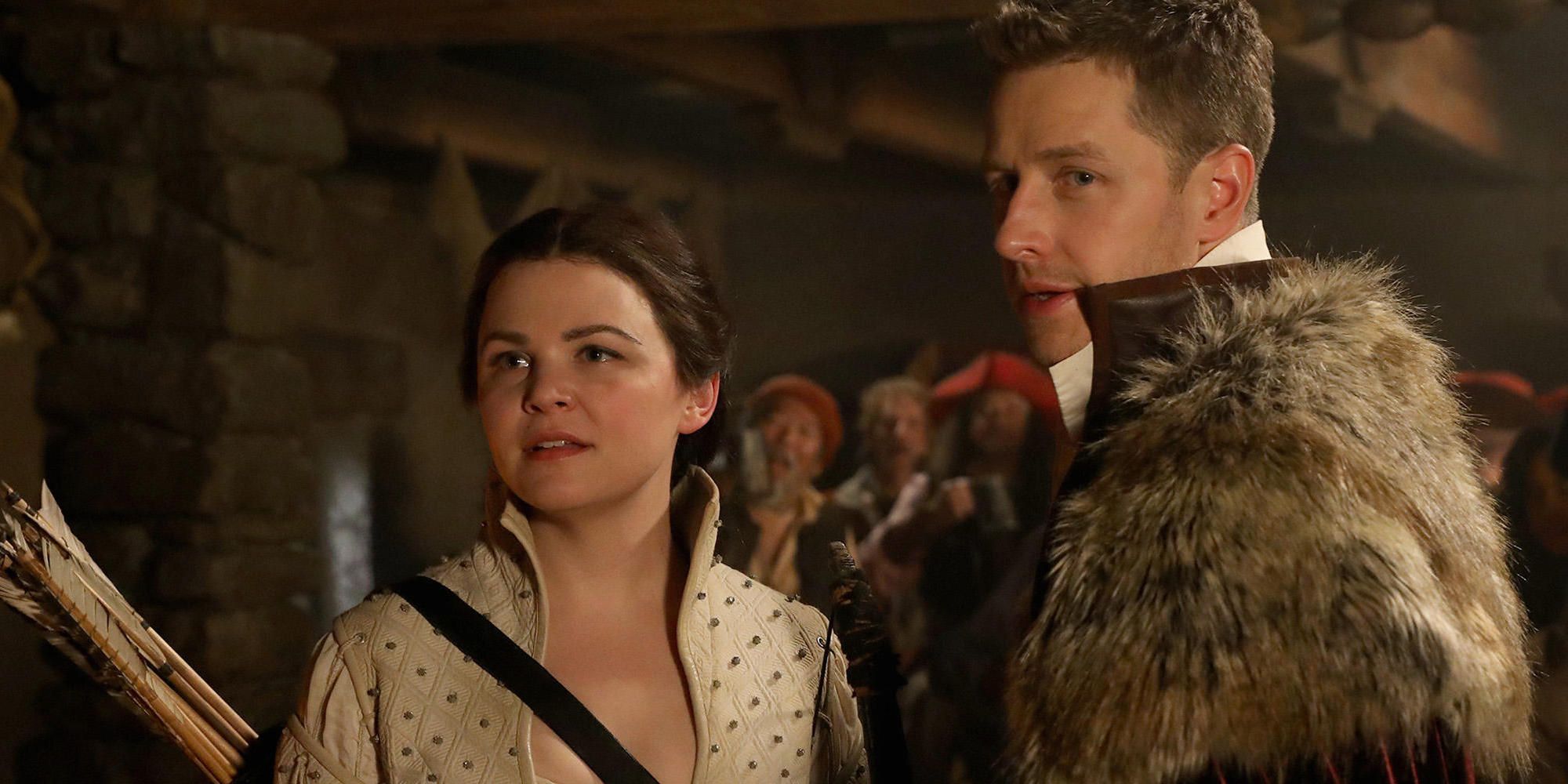 Rumple, Regina, and an older Henry move forward into the last season, while Zelena makes a few guest appearances. Other than short cameos from other members of the cast, everyone else is left behind in the new journey.

Even the Hook that is around in the last season is not the same character audiences had been watching for the past few years. The removal of the core relationships and characters of the series made it less enjoyable to watch for those who did not plan on getting used to an entirely new cast in the show’s last season. 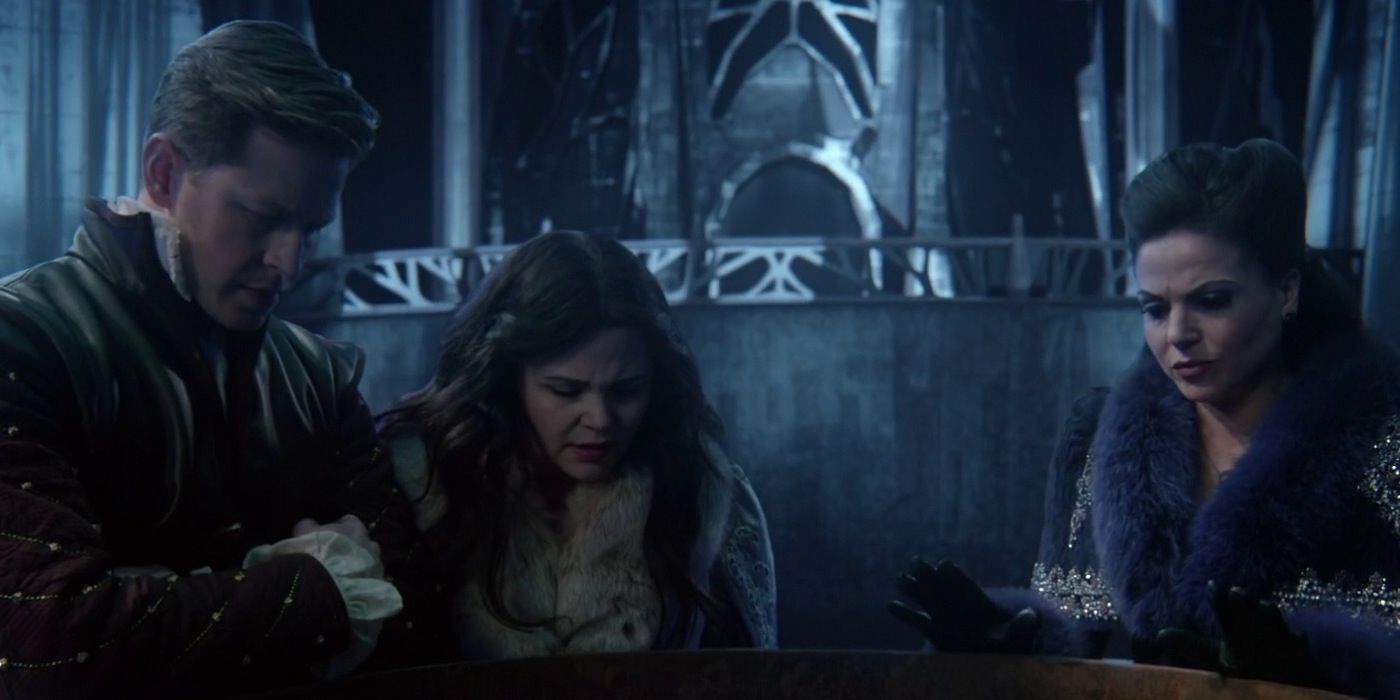 Regina Mills’ hard work at becoming a better person pays off during “Page 23.” Battling with her worse self, the Evil Queen, Regina confronts long-buried thoughts and feelings, saying aloud that she loves herself. During flashbacks, Regina casts a spell to lead her face to face with the person she hates the most, expecting to be lead to Snow White.

However, Regina has a rude awakening when she is brought to a mirror. Years later, her relationships with Henry, Emma, Snow, and others have allowed her to grow beyond those feelings, and she knows she loves every part of who she is. Rather than kill the Evil Queen, Regina gives some good to her and takes some of the other woman’s evil.

6 THE SERIES WAS CANCELLED 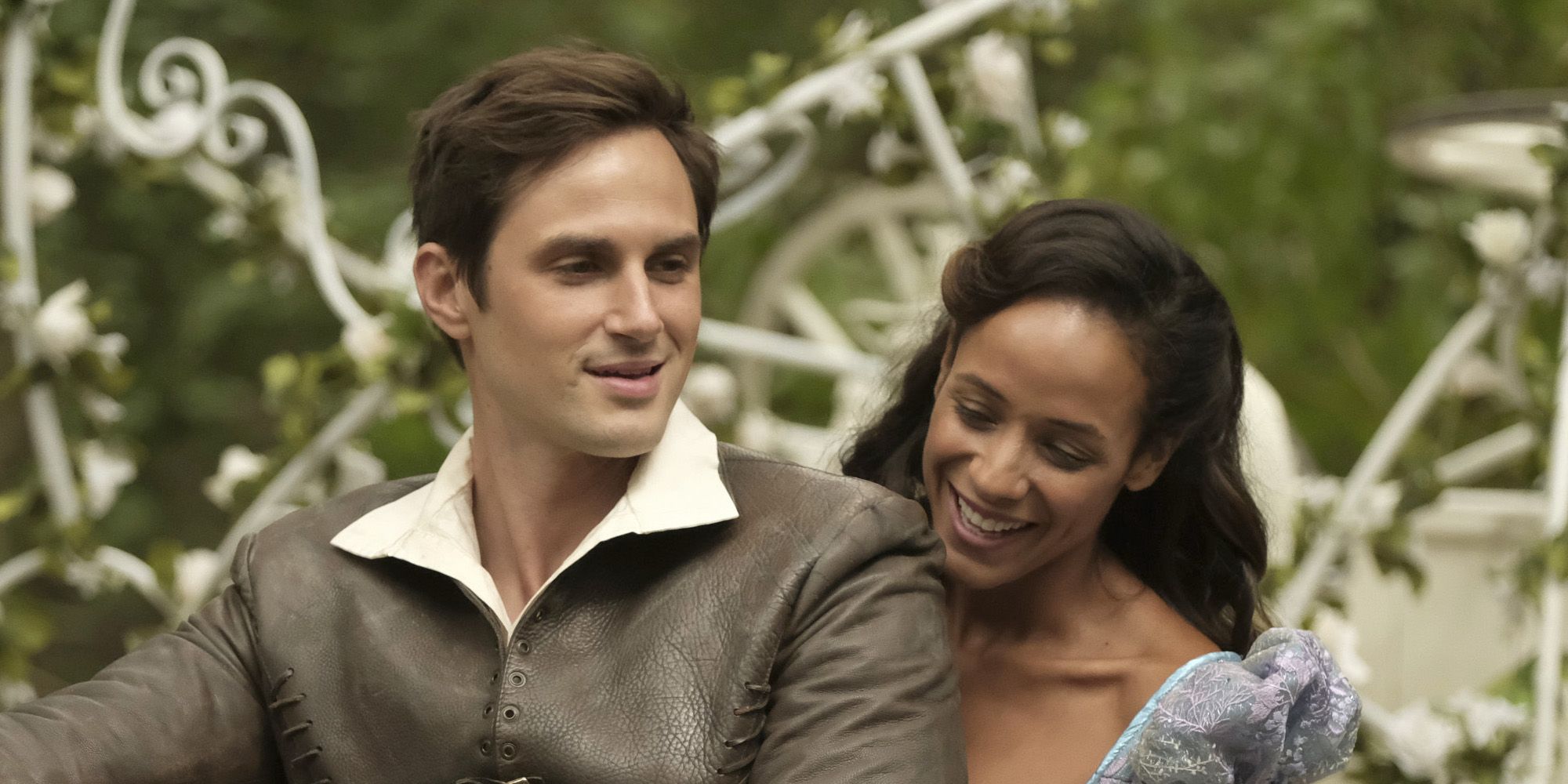 A soft reboot of the show’s original premise was not a welcome concept. However, it may have eventually gotten a better following had there been enough time to grow it out. A renewal for an eighth season may have given the newly added characters more depth than they were given during season seven.

Instead, there was just enough time to create a series finale that gave everyone a reasonable ending. Rather than feeling like a concrete new story, it came off as an uncomfortable epilogue for Henry, Regina, Rumple, and Zelena. 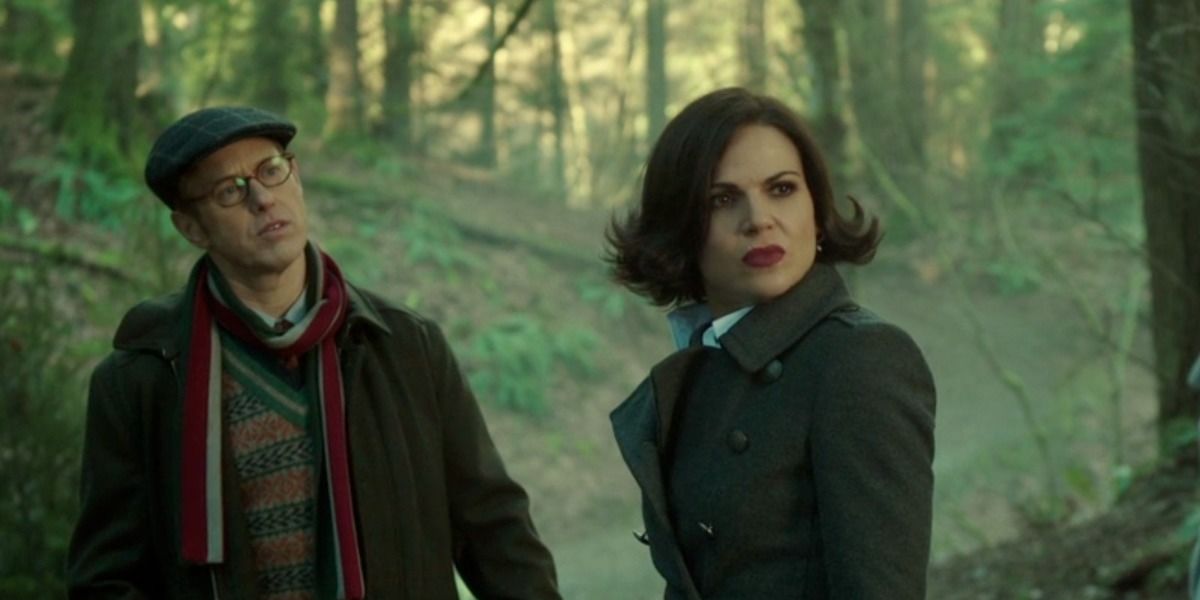 The brilliance in the first Dark Curse is that once Emma appears in Storybrooke characters go from their foggy day to day existence to actively having lives. Both seasons one and seven have cursed characters interact as they show flashbacks of what their lives had actually been like.

Initially, Emma is not cursed, just a non-believer, and can not help but see the connections between the cursed residents and the fairy tale characters. Henry was a child that had naturally grown up in Storybrooke and noticed that something odd was occurring. Meanwhile, in season seven, Lucy and Henry are both cursed, giving it less of a third-person perspective. 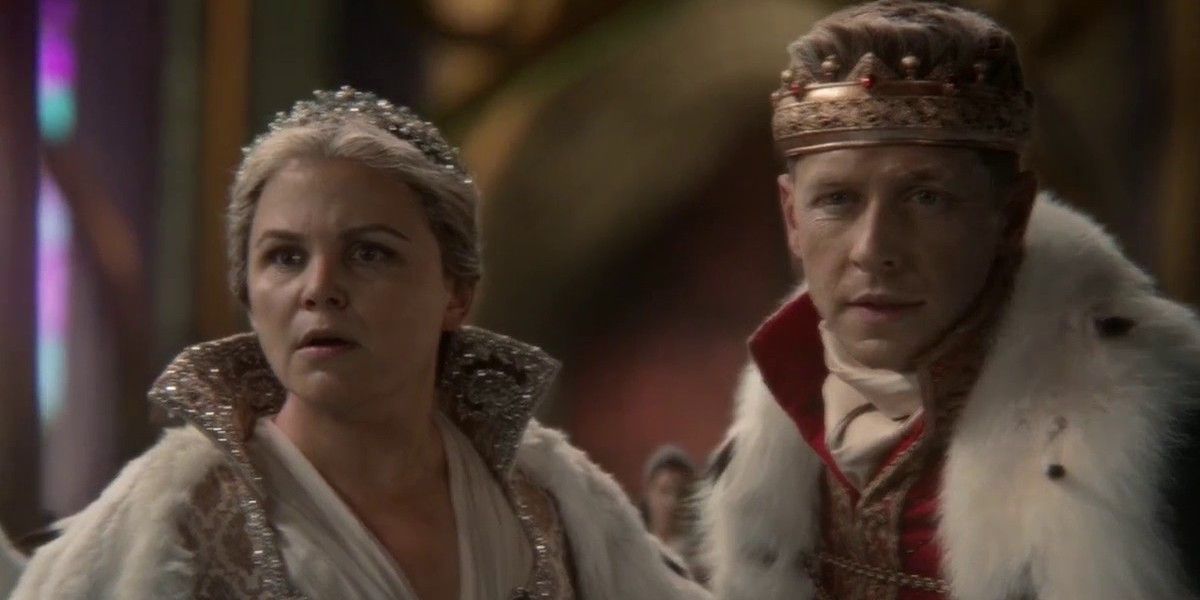 First introduced in “Wish You Were Here,” the Wish Realm is invented as a place for the Evil Queen to send Emma to get her out of Storybrooke. In season six, the Wish Realm appears to be nothing more than a fake reality where Emma never had to become the savior. Prince Charming and Snow White have both grown older, and Henry is about to become a knight.

After Regina and Emma escape the Wish Realm, leaving behind a killed Charming and Snow in their wake, the alternate universe is thought to have disappeared or no longer be relevant. However, season seven attempts to undo that, producing a set of character doubles to be used. The deaths of Wish Realm Charming and Snow do not affect Regina and Emma as they do not consider it to be real. Due to the changes in season seven, the rules of the Wish Realm do not make much sense. 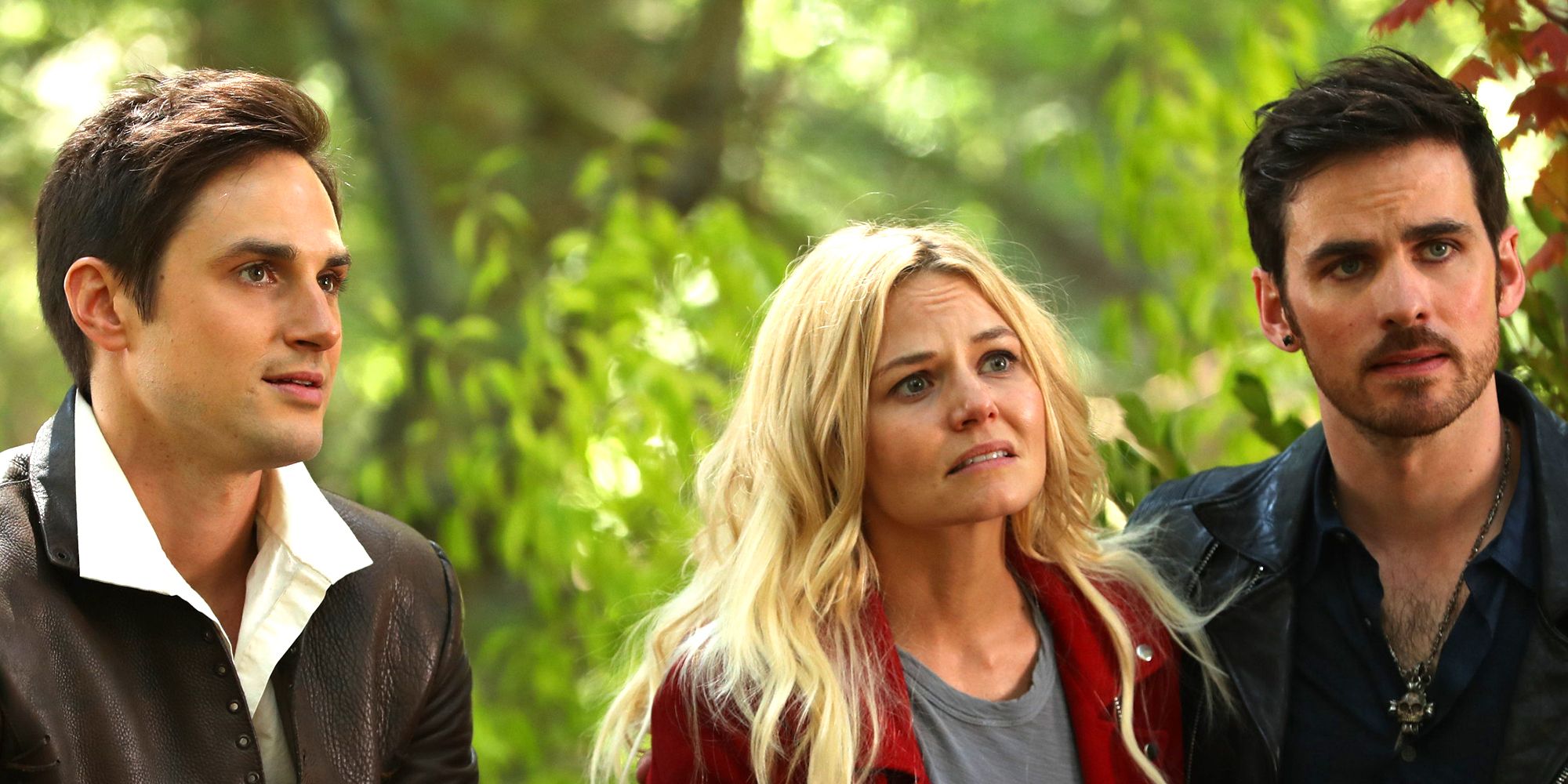 Zelena had made it clear early in the series that time travel was a demanding spell to master, having attempted it for years. Yet, in season seven, Drizella, her band of witches, and Regina, desperate to save Henry, accomplished it during the latest Dark Curse.

Not only does the curse send them to Hyperion Heights, but the plot twist reveals that they are also years back in time to before Henry would have left Storybrooke on his adventure. However, the time travel and different realms complicate the movement of time, such as Henry growing into a man when it is uncertain how long he had been away. When Regina, Hook, and Emma come to save an older Henry, the three look the same. 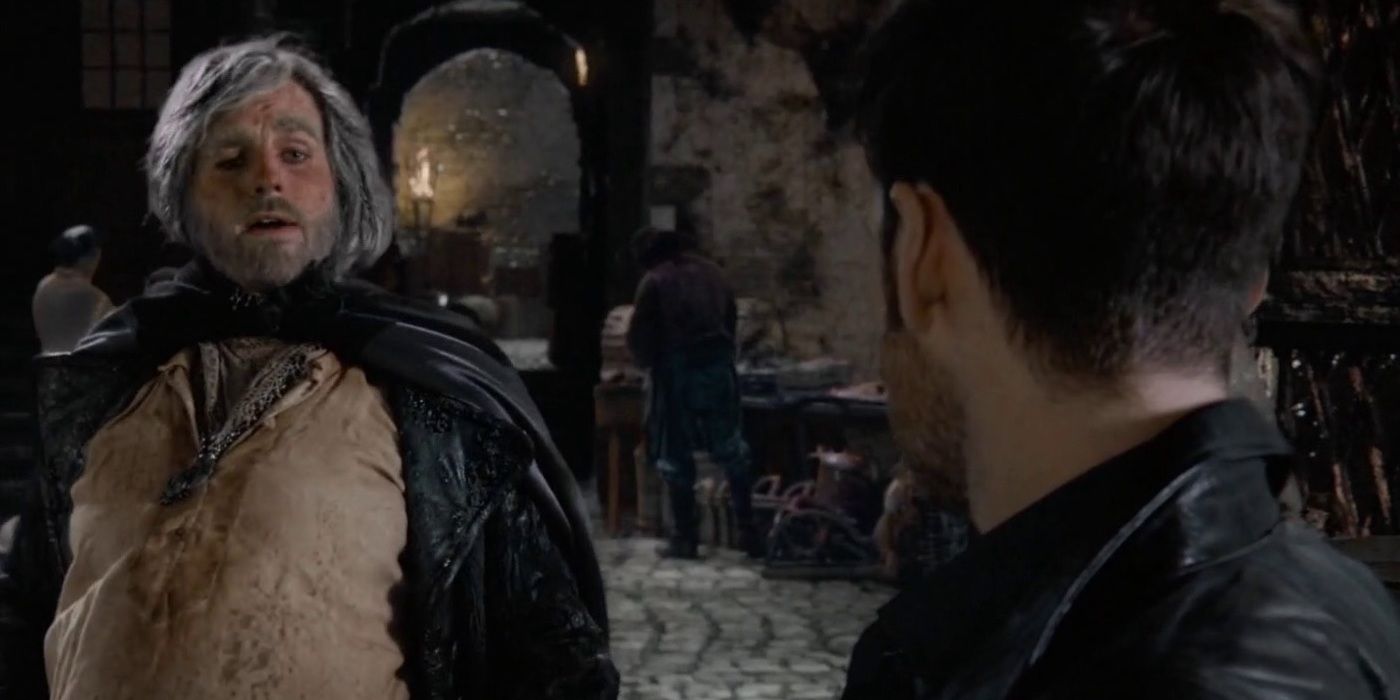 Wish Realm Hook, who had initially appeared to be nothing more than a bad joke during “Wish You Were Here,” is suddenly meant to be relevant. Desperately trying to find his daughter, Wish Hook joins forces with Henry and Regina.

However, the character never needed to be Wish Hook and could have easily been another person in search of their child. With an already growing list of new characters, Hook’s presence continuing when it is not the same character audiences had spent time with the last few seasons seemed like just an excuse to have him there.

1 THERE ARE TOO MANY REALMS AT PLAY 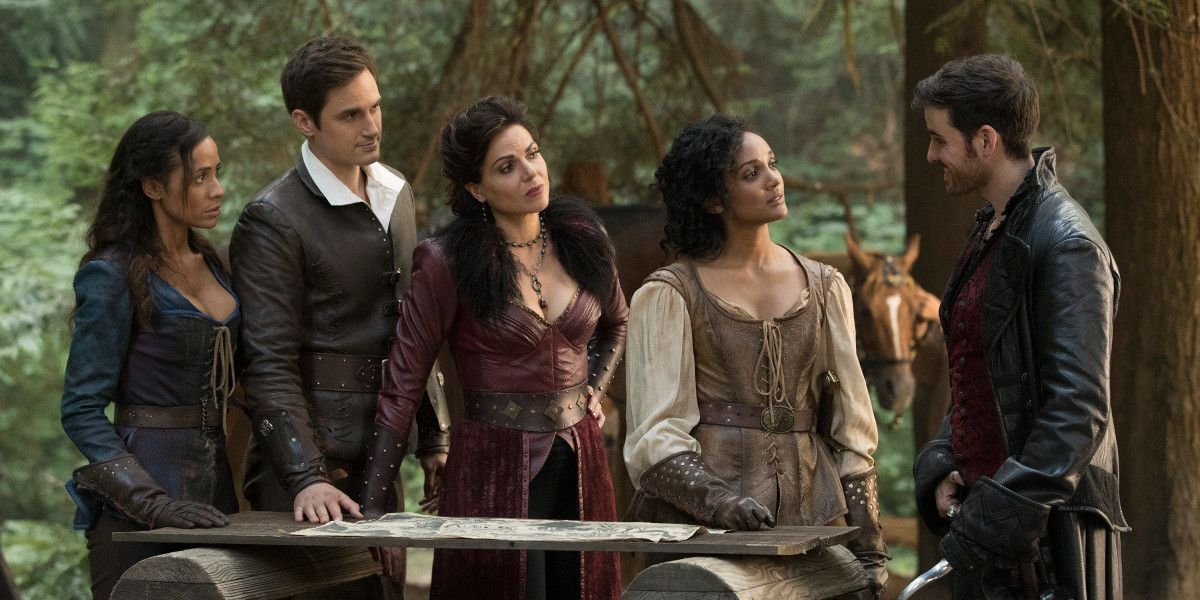 During the first six seasons of Once Upon A Time, various characters had come from different lands; whether it be the Enchanted Forest, Arendelle, Neverland, or others, the show always made it feel like every character existed within the same realm. However, season seven merges multiple realms at once, making it difficult to keep track at times. Rumple, Regina, Robin, and Henry come from Storybrooke, originally housing only those who came from the Enchanted Forest.

Hook and Alice come from the Wish Realm as does the series’ last villain, the Dark One, and Mother Gothel. However, Cinderella, Lady Tremaine, and Drizella all seemed to have lived in another realm similar to the Enchanted Forest, but not the Wish Realm. Quickly, they all blended, making it difficult to track who came from where.