A live-action Polar Express could be a treat for filmmakers if they want to fix the errors and issues that came in the original one.

You Are Reading :10 Things A LiveAction Polar Express Could Fix From The Original Movie 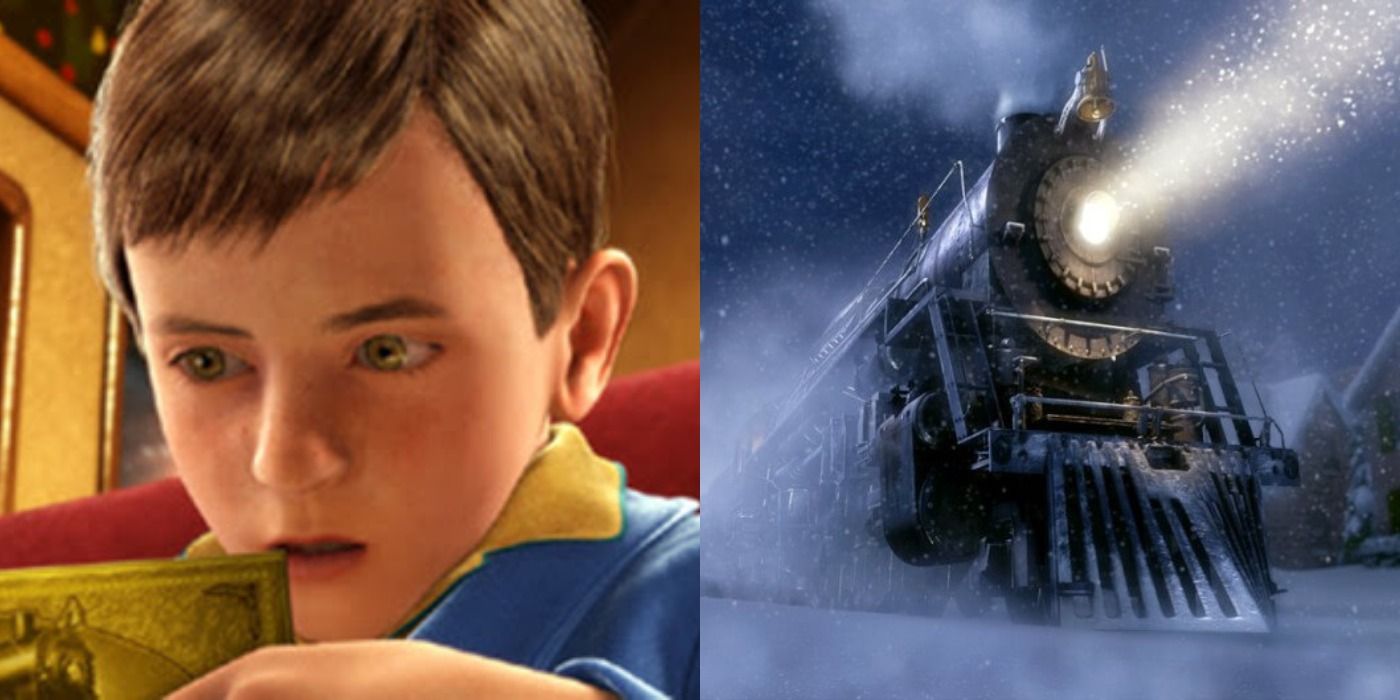 The famous, animated holiday classic is currently playing on multiple channels as what has become a yearly tradition. The Polar Express stole viewers’ hearts, with Tom Hanks’ lending his voice to play the iconic train conductor and its amazing CGI. The film’s songs continue into every Christmas gathering, primarily the well-known lyrics of “Believe.”

However, while fans of the Christmas animation adore this beautifully-crafted, heartfelt masterpiece, the thought of a live-action stimulates ideas for what could change from the original film. While it goes without saying that the movie is a favorite, it’s still fascinating to think about what it could look and sound like in a live-action remake. 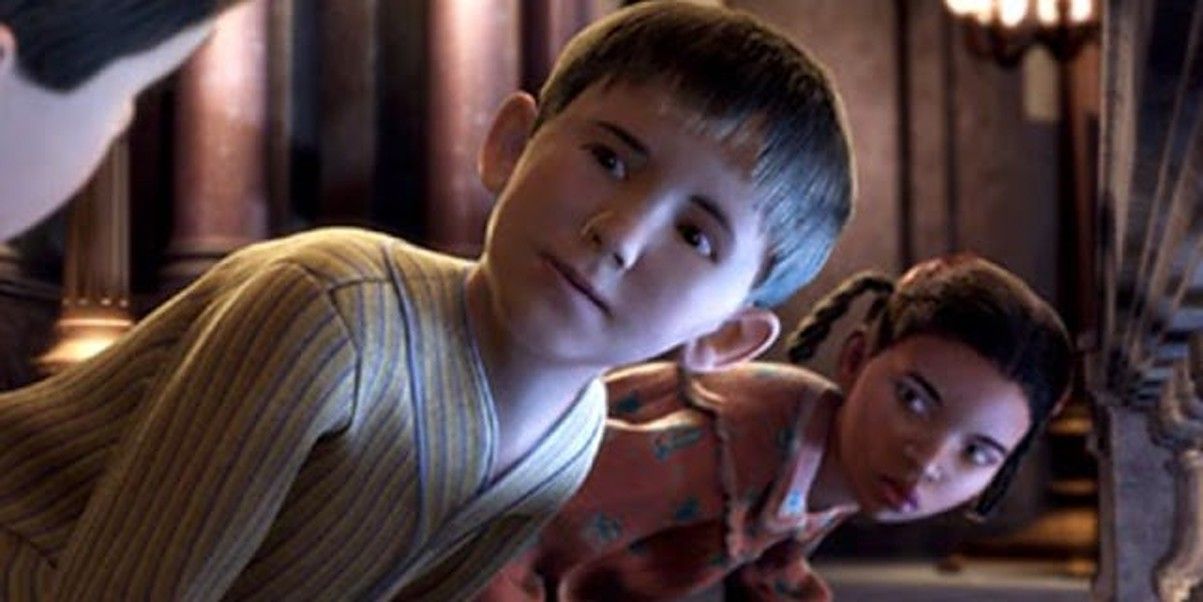 It makes sense that this would happen in animation, but real actors would add more detailed and specific facial expressions to the characters. There are times when the animated characters appear to have a certain emotion that isn’t comprehensible at the moment, and also the simple wife-eyed, and jaw-dropping look of surprise would be improved using real actors’ expressions for a scene.

With real actors, each character’s reactions would be more genuine and allow the audience to see their emotions more clearly. After all, human connection is all about seeing through their eyes and feeling what they are experiencing. 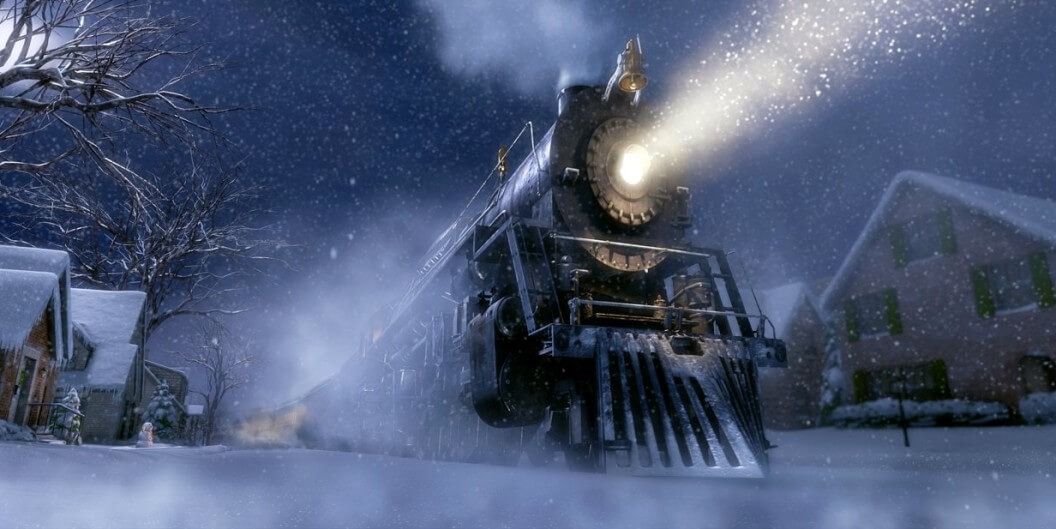 The powdery snow that the nameless “Hero Boy” runs through in the middle of the night could at least be conveyed more realistically. Even with an actor running through fake snow, they would still react as if the white powder beneath their slippers is freezing cold, icy, and sloshy, like authentic snow.

Also, when reimagining the scene where the homeless train ghost and the boy ski across the tops of train cars, the snow breezing into the actors’ faces would bring more reality to their action. Skiing in a blizzard on a fast-moving train would cause frostbite and they would have even slower physical movements once the below-freezing temperatures.

A live-action would portray just how incredibly impossible this entire scene is, let alone with the thin fabric used to strap them all to the rail. A remake film could add more authenticity to this, with the conductor and the children moving with the force of the train on the steep incline.

The animation shows them slightly jolting as the train heaves, straightens out, and plummets down the mountain, but a live-action would show the real effects of what this unsafe rollercoaster would do to them. Being that the physics aren’t accurate (given that it’s animated of course), the live-action could add smaller details that authenticate the effects on the characters from the steep, downhill ride. Perhaps showing the impact of the extreme winds on their faces and hair after the fall would continue the heightened atmosphere the scene should create for the audience.

Despite when they have a close-up shot, the crowd of elves looks like a group of clones wearing the exact same outfit, standing at the exact same height for the most part. What the remake film could do is add a differentiation in each elf at the North Pole. Take the elves in all of The Santa Cause films, as they all look, sound, and act differently.

The Polar Express live-action elves should have various heights, hair colors, faces, and voices. The amazing scene when they all sing “Santa Clause Is Coming To Town,” would look and sound even more emotional and cheerful if live actors were the ones in the scene. 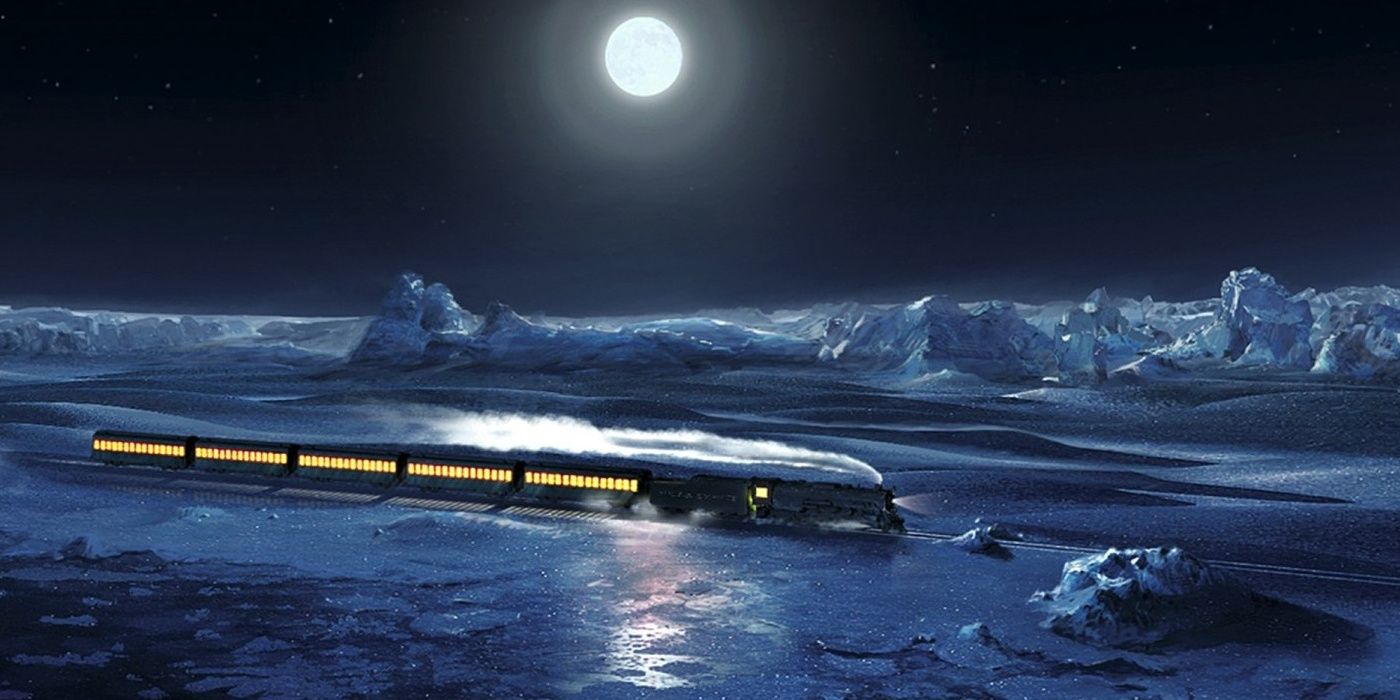 While a live-action film would undoubtedly add CGI to this scene, the film would still create more authenticity here because the creeping crackling of the ice in the animation chases the train too easily. The remake movie would portray a more realistic ice breakage on the entire surface the express train sits on for the moment before chugging away for its life.

In a remake film, the ice should show more shallow cracks leaking out some water, slowly inching towards the train cars and eventually leading up to the deeper ice cracks threatening the passenger’s and the train’s lives. A live-action would intensify this already-frightening scene. 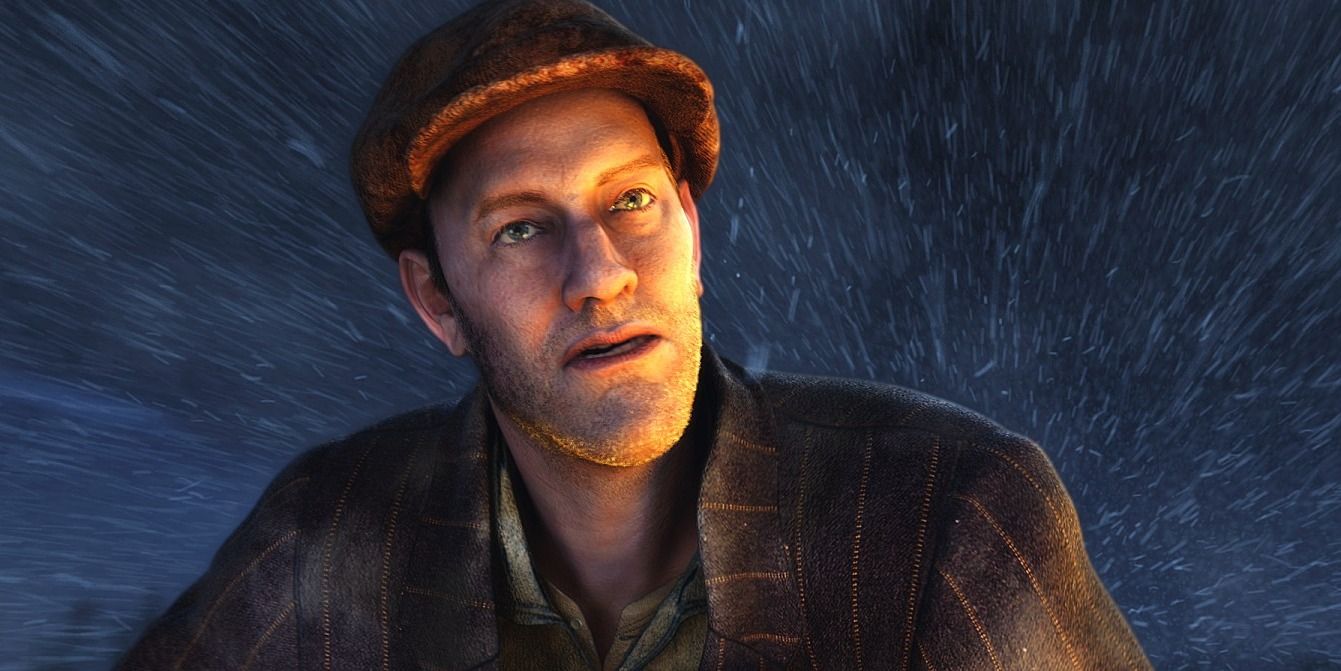 Whether it be Tom Hanks or another actor, this character’s presence could be given more humanity rather than the 2-D semblance he was given. Aside from the fact that he is apparently a ghost, the man’s entire physicality could be improved in order to make the homeless person look more authentic. The clothes would be more ragged, his face should be more affected by the bone-chilling cold, and his supposed hatred for the Christmas holiday could be increased through a more personalized experience.

Whoever would be cast to play this ghostly figure could add a much more eerie vibe to the character, adding a more human Ebeneezer Scrooge persona to him for the audience’s reaction. 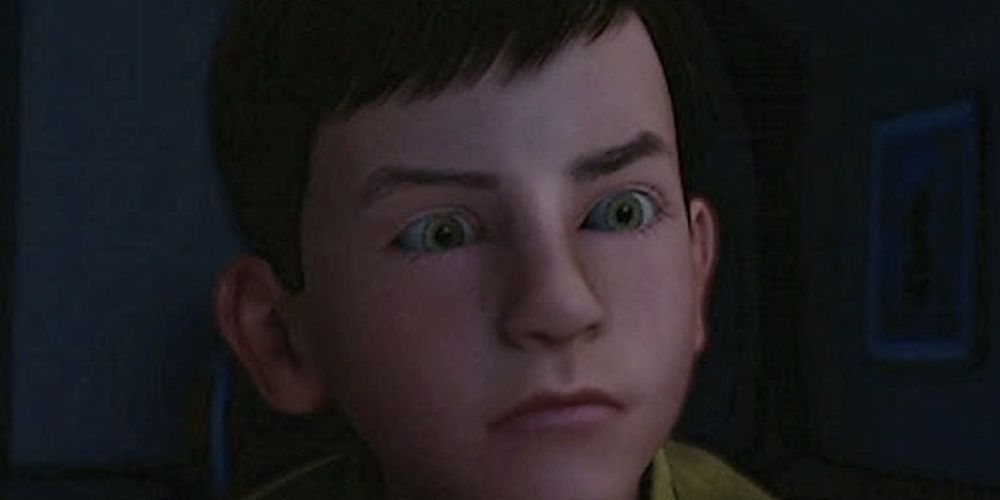 This could not go unnoticed, even back in 2004. The characters’ eyes, most time, appear unnaturally bright and enlarged throughout the film. Looking at “Hero Boy’s” big green eyes in one scene alone is enough to blind an audience member. The director should aim to look make the eyes more expressive eyes, which would only be achieved through a live-action film with real actors.

Real-life actors’ eyes would bring more personalized emotions to the entire facial expressions within each character. In this manner, the audiences will develop a more humane connection to the characters and their reactions through each scene.

3 The Puppet Scene Would Be Scarier 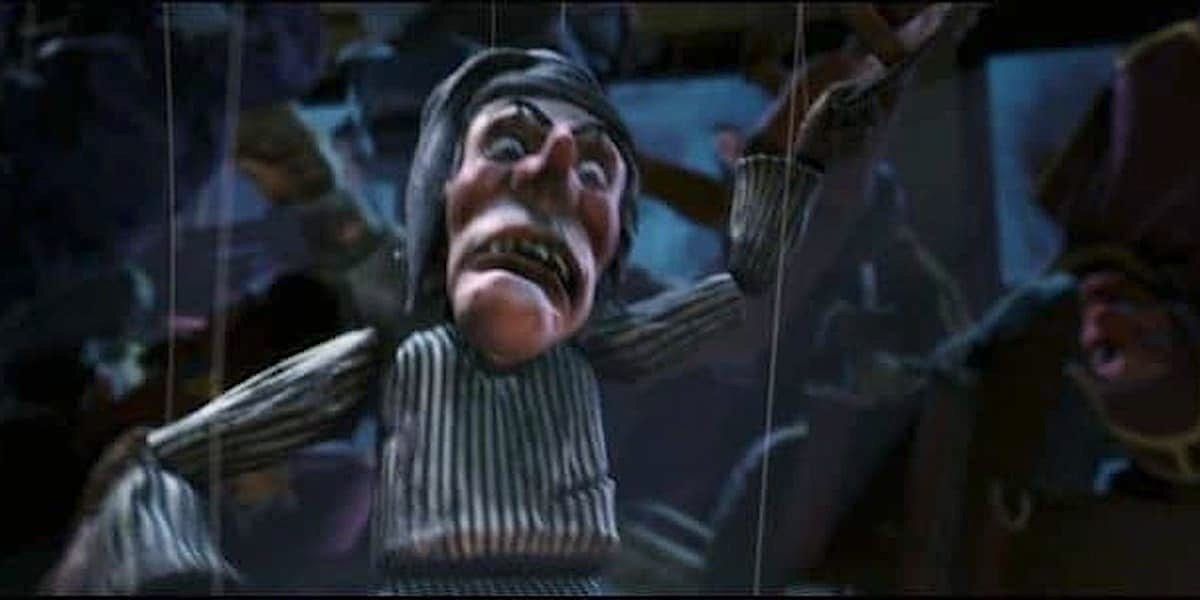 Despite there already being a sudden shift to the film’s sweet and cheery holiday experience, the “you’re a doubter” puppet scene would look and sound much more haunting in a live-action movie.

The dolls in a remake film would certainly frighten viewers way more than those in animation because of how terrifying they can be (see: Annabelle). The reimagined film could add a darker and more abrupt change to express the train’s fun environment with the use of this puppet scene.

2 The Bell With Zero Sound 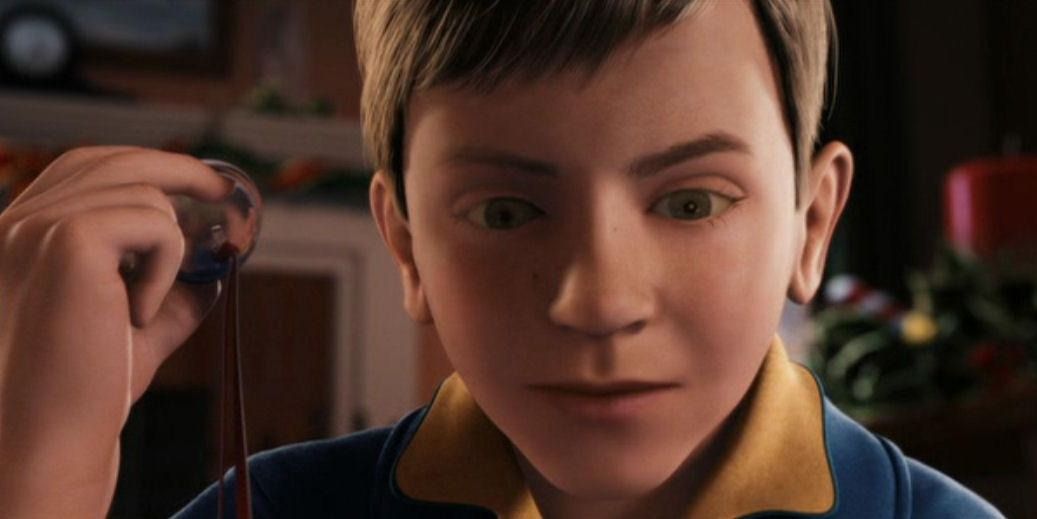 It’s important to maintain the plot’s point that when a character does not hear the bell’s ring, it means they don’t believe in Santa or Christmas. However, shaking a bell right by an ear shouldn’t be totally silent. It rather (realistically speaking) should have some kind of a metal rattling sound, just not the sweet chime the bell gives to believers only.

If the live-action movie emphasizes that the bell does not have anything inside of it then it may not be necessary. However, has anyone seen a bell without the clapper? It might be hard to get the Christmas-y chime if they can’t muffle it.

1 The Magic Of The “Hot Chocolate” Musical Scene

The only tricky part of this scene would be that it is clearly not possible to have actors jump on aprons that, when removed, reveal there are no tables to hold the hot chocolate, or also that hot chocolate definitely cannot just fly through the air and conveniently land in everyone’s cup. Aside from all that, which would be taken care of through CGI elements, the actors dancing and singing in unison would not be too difficult to accomplish.

A professionally-choreographed musical number is possible and would add more humanity to it for fans, as little kids and adults as well would want to join in on a re-enactment. The true magic of this scene would change to focus on how typical-looking waiters, chefs, and a conductor can actually serve the passengers with a multi-talented experience. Most live-action movies with musical numbers are celebrated because when viewing real-life actors dance and sing to something easily catchy, younger viewers are then motivated to reenact it.