10 Things You Didn’t Know About XMen The Animated Series

Think you know everything there is to know about X-Men: The Animated Series? Check out these ten fun facts and see if you know them all!

You Are Reading :10 Things You Didn’t Know About XMen The Animated Series 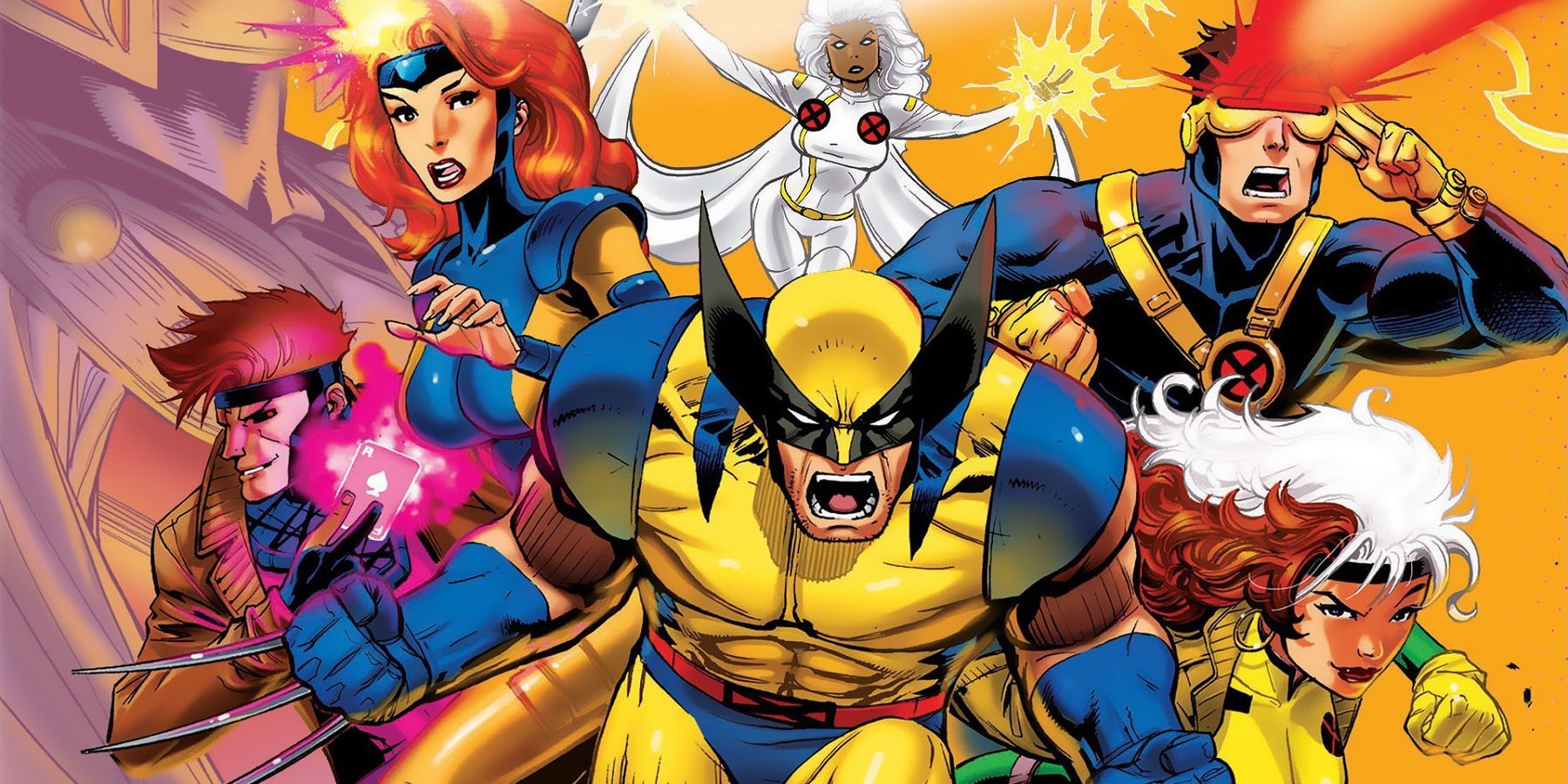 If you were a comic fan born in the ‘80s, chances are good you spent much of the ‘90s glued to your TV watching X-Men: The Animated Series. The cartoon series ran between 1992 and 1997, and for many, it was the first introduction to Marvel (Spider-Man’s series debuted in 1994). Saturday mornings were spent watching Wolverine, Storm, Jean Grey, Cyclops, Rogue, Gambit, Beast and Jubilee, and it’s no exaggeration to say that this X-Men cartoon got legions of children down to the local comic book store.

You may have been a huge fan, but do you know everything there is to know about the popular Saturday morning cartoon? For the biggest X-Men fans, we’ve rounded up ten fun trivia tidbits about the show – how many do you know?

10 It Sparked Both Comic And Video Game Spin Offs

We all know that the animated series is based on the X-Men comics, but did you know that there is a comic based on the animated series? X-Men Adventures was launched immediately after the series started (the show began in Oct of 1992 and the comics the following month) and was a comic adaptation of the show. In 1996, it became Adventures of the X-Men for twelve issues before being cancelled. Characters from the show re-appeared in the series X-Men ’92 in 2015, a tie-in run for Marvel’s Secret Wars event.

In addition to the comics, the series inspired multiple spin-off video games, including X-Men, X-Men: Mutant Apocalypse, X-Men 2: Clone Wars, X-Men vs Street Fighter, and the X-Men vs Capcom series.

The series ended in 1997, but after the success of the 2000 X-Men live action movie, Fox started airing the cartoon again. Initially, the network aired episodes and arcs that related specifically to the movie, as they felt that would be more popular. Later, the re-aired the series in its entirety.

Disney later bought Saban Entertainment’s programming, and the show aired on ABC Family and Toon Disney. The show isn’t currently on the air, and with rumors that Marvel is backing off on X-Men comics and promotion because they don’t own the live-action film rights, we may not see them on TV again for quite some time.

8 The Team Is Based on Jim Lee’s Designs

The distinctive look of the animated team was based on the designs of comic book artist Jim Lee, who was involved in the comics at the time that the series was being developed. He had previous worked on Alpha Flight and The Punisher War Journal before moving to The Uncanny X-Men and finally, X-Men.

The team line up was based loosely on the X-Men Blue Team (at the time, the comics featured the Blue Team and the Gold Team). Cyclops, Wolverine, Beast, Gambit, Rogue and Jubilee were all original members of the Blue Team, although the show added Jean Grey and Storm from Gold Team and cut Psylocke. (Although she did pop up in the show later on.)

7 It Aired Out Of Order

The first two seasons of the show aired in order, with a serialized format. However, after the five-part Phoenix Saga at the start of season 3, things started to get mixed up. Different studios were animating different episodes, and most were aired as soon as they were finished, rather than in a purely linear fashion. Arcs with multiple episodes aired together, but others were aired years away from where they were intended, which led to some major continuity errors.

“No Mutant Is An Island,” which ended up airing in 1996, was intended to set up Jean Grey’s return after the Phoenix Saga then lead into the Dark Phoenix Saga in 1994. Obviously, that didn’t quite work out as planned.

6 It Has Two Endings

No, not an alternate ending. The show was originally supposed to end on the four-parter episode “Beyond Good And Evil,” according to Fox executive Sidney Iwanter. This big finish featured the X-Men taking on Apocalypse, and was originally going to end with the team disbanding after the final battle.

However, the network ordered more episodes, so the show continued for a full season (and then some) extra. These episodes look and feel quite different to the rest of the show, partially because they were somewhat tacked on at the end, but also because they were funded directly by Saban, rather than by Marvel. This was because Marvel was filing for bankruptcy and couldn’t afford to fund the final episodes.

5 It’s One Of The Most Successful Cartoons Ever

With storylines lifted directly from the hugely popular comics, X-Men: The Animated Series became a commercial and critical success. It was ranked 13th in IGN’s Greatest Animated Shows Of All Time list, and is still the longest-running series based on a Marvel comic. While it didn’t get quite the same ratings as Batman: The Animated Series, it came very close, and the pair remain two of the most successful Saturday morning cartoons ever.

It’s not unusual for production companies to re-use the same sound effect for multiple different movies or series – after all, creating entirely new sound effects for every new project is hardly cost-effective!

One of the most recognizable sound effects in the show was the humming/zapping noise that accompanied Magneto’s use of his powers of magnetism. (These were also accompanied by a yellow light, to make them more obvious.) This sound was also used in Star Trek III: The Search For Spock, where it was associated with the cloaking device on a Klingon ship. Listen out for it next time you rewatch, and you’ll never be able to unhear it!

See also  25 False Things About Harry Potter That Everyone Believed

3 The Voice Of Magneto Nearly Played Him In The Films

At this point, it’s hard to imagine better casting than Sir Patrick Stewart (Professor X) and Sir Ian McKellan (Magneto), although James McAvoy and Michael Fassbender are doing a pretty spectacular job! However, when the Fox live-action X-Men universe was just getting started, a very different Magneto was nearly cast.

David Hemblen, who voiced Magneto in the animated series, was offered the role for the 2000 film. He would have liked to bring his character to the big screen, but had to turn the role down due to scheduling conflicts with the now long-forgotten series: Earth: Final Conflict. It’s hard to imagine how the films would have turned out with him as Magneto, but we’re sure he would have been fantastic.

2 It Wasn’t The First X-Men Cartoon

Although X-Men: The Animated Series was definitely the first successful stand-alone X-Men series, it’s not the first time that the X-Men appeared in animation.

In 1989, a cartoon pilot titled Pryde of the X-Men aired on the Marvel Action Universe block. The pilot featured a different team, including Wolverine, Cyclops, Storm, Nightcrawler, Colossus, Dazzler and (of course) Kitty Pryde. While the show didn’t take off as a series, it did become the basis of the Konami arcade game. Various members of the X-Men had also appeared in episodes of Spider-Man and His Amazing Friends prior to the Pryde of the X-Men pilot.

1 There Is An Alternate Japanese Version Of The Credits

X-Men: The Animated Series aired in Japan in the mid-‘90s, along with a totally different opening and end credit theme song and animation. The ear-worm of a theme song that American audiences know and love (originally written by Ron Wasserman) was replaced by a more rock-style song called “Rising” by Ambience.

The end credits were also given an Ambience re-work, with the song “Back to You” accompanied by shots of comic book art. The animation sequences themselves were also changed, and the female characters are given a much more anime look, with wider eyes and “cuter” faces to appeal to a Japanese audience. 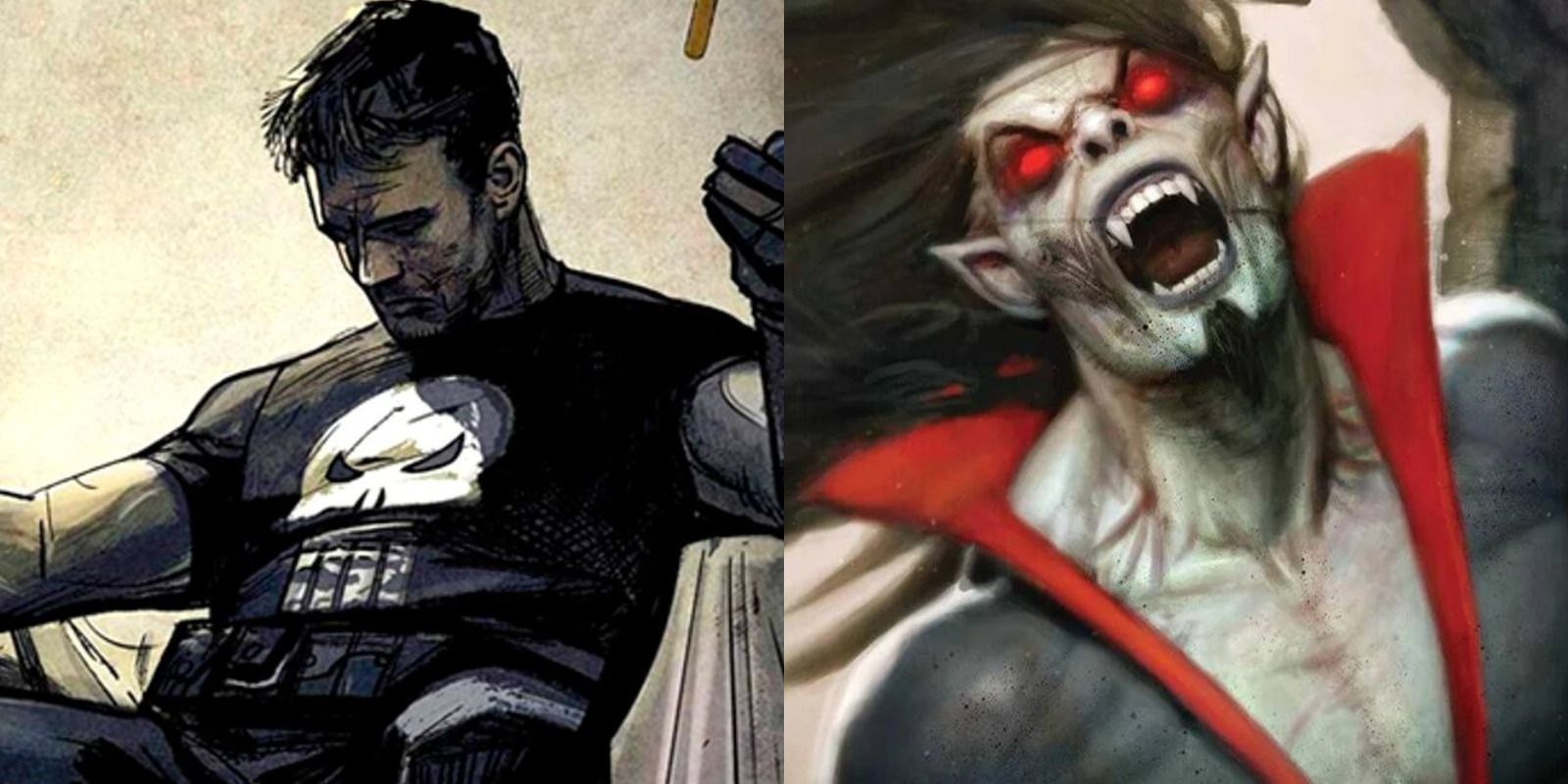 Rose Graceling-Moore has been writing about film, TV and comics since 2013, when she began writing for a local print magazine in Vancouver, BC. Since then, Rose has written for Horror Honeys, Moviepilot and Quirkbooks as well as Screenrant, increasingly focusing on comic books and live-action comic adaptations, as well as diversity and representation on screen. Rose also co-hosted the DC Movies Podcast, and has guested on other nerd and entertainment podcasts over the past five years. Rose’s love of comics began all the way back in the early ‘90s, when she discovered the X-Men while living in Africa (where there wasn’t a whole lot to do but read!), and since then has had an on-again, off-again love affair with not just Marvel, but DC and indie comics as well. You can follow her on Twitter: RoseMooreWrites for tweets about comics, movies, and more.