You Are Reading :10 Weird & Wild Squid Game Fan Theories (That Make A Lot of Sense) 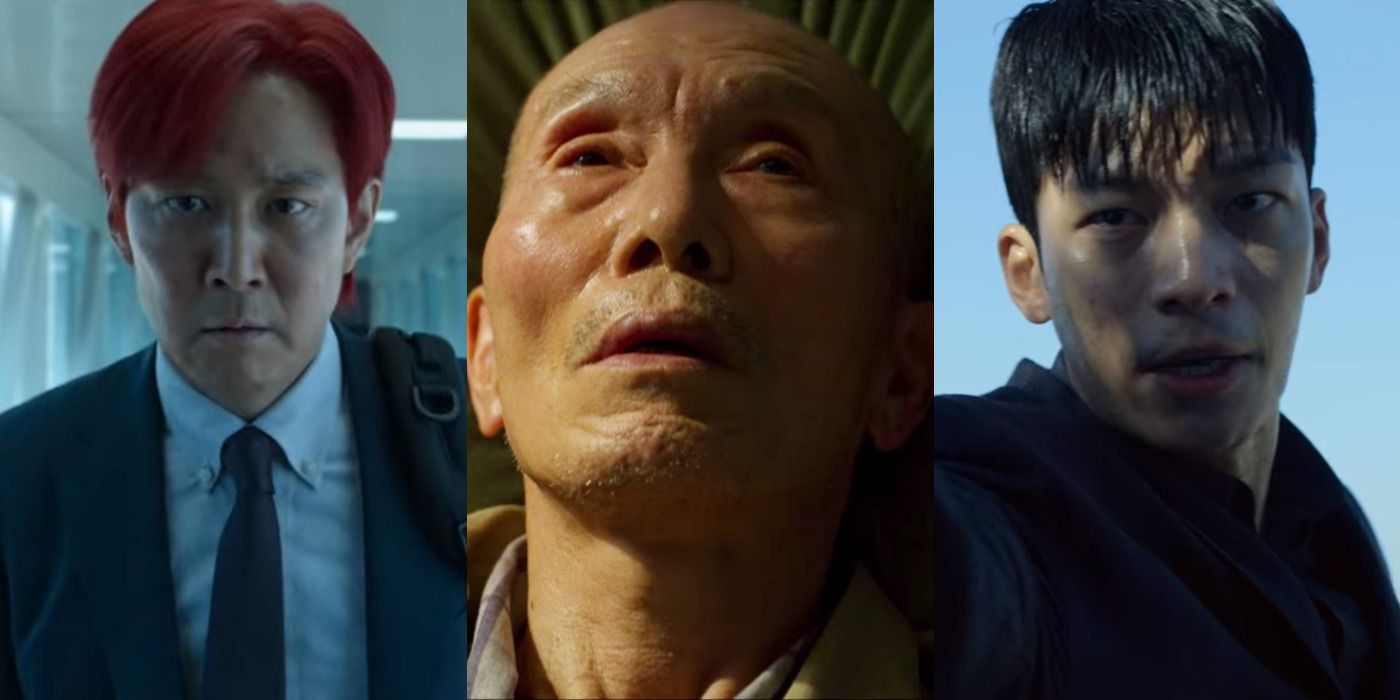 Netflix’s hit K-drama, Squid Game, gave viewers an exhilarating story full of shocking plot twists. It’s not surprising that the violent show’s growing fandom has come up with a ton of wonderfully weird theories about the competition.

As more fans notice subtle details in the TV show, fascinating speculations about characters’ relationships, symbolism, and the scope of the competition are sparking debates online. Some of these fan theories are wild but still plausible. The best among them present compelling evidence to back up their claims or have convincing and often mind-blowing explanations.

10 The Three Main Colors Are Symbolic 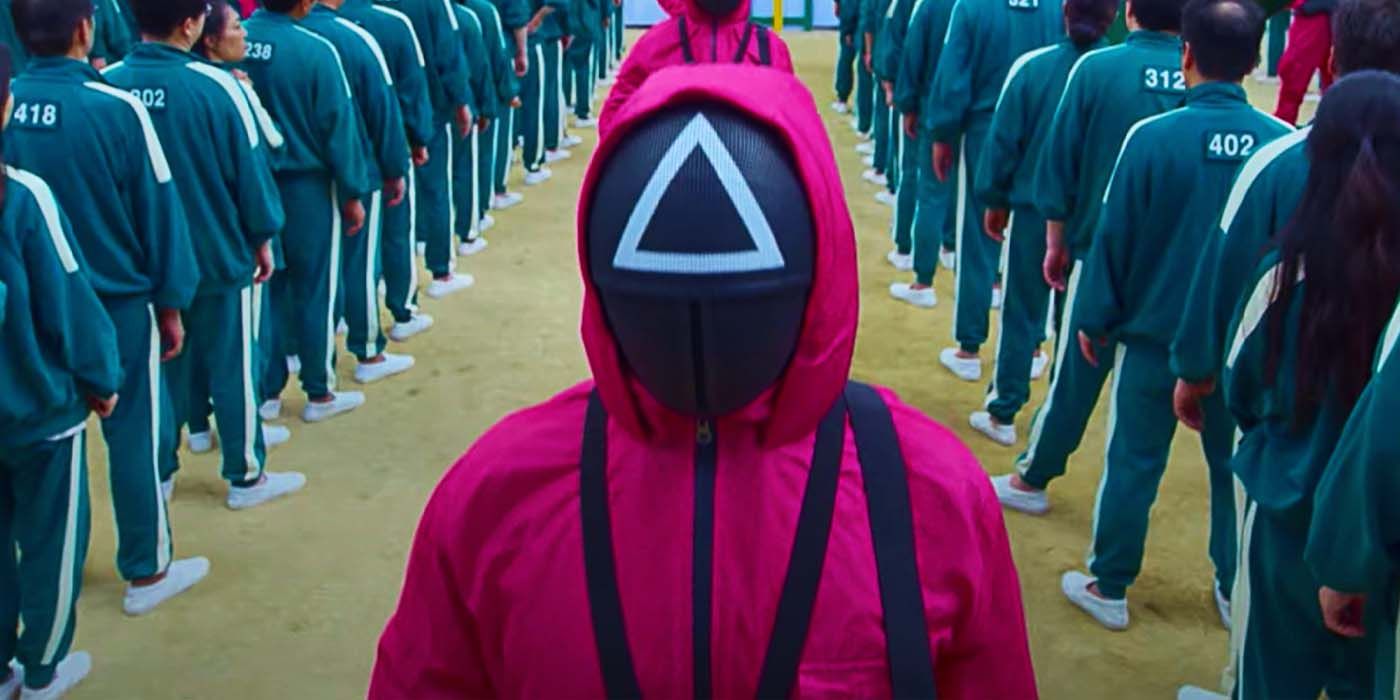 There are quite a few striking colors on the show, with some of the more notable ones featured in Squid Game’s iconic costumes. According to the Redditor, ModestyGideon, these colors are not randomly chosen and represent characters’ choices and roles in the competition.

The user’s post shows a Venn diagram featuring three main colors — magenta, cyan, and yellow. The theory claims that the color cyan represents the people on the show, magenta is linked to a system, and yellow means money. The rest of the images give examples of combinations of the colors, like how “When Cyan (person) pursues Yellow (money), it becomes Green (player).” The most intriguing part of the post is its conclusion that says the Front Man has all the colors, as he’s a person (cyan) who turned into a player (green) and got money (yellow) — this is why his outfit is black. 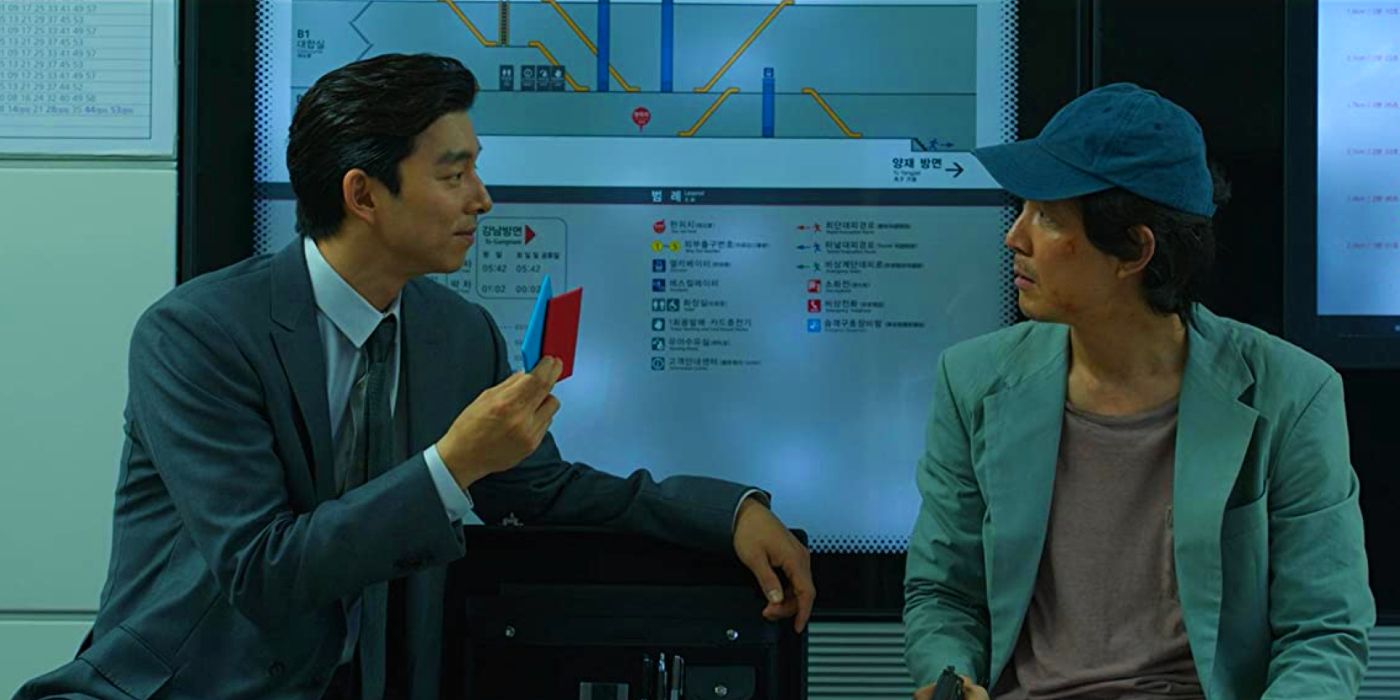 One of the most popular fan theories revolves around how players and guards are recruited for the competition. Twitter user mixxtake explains how because “Gi-Hun picked the blue card from the salesman,” he woke up as a player. However, “Had he or the other players picked the red card, they would be the workers/guards.”

It makes a lot of sense considering how it’s never clarified where the guards in Squid Game come from. There’s no particular demographic that ties them together in the show — one scene reveals that one of the guards is surprisingly young and another worker with Jun-ho seems to be in his mid-30s. 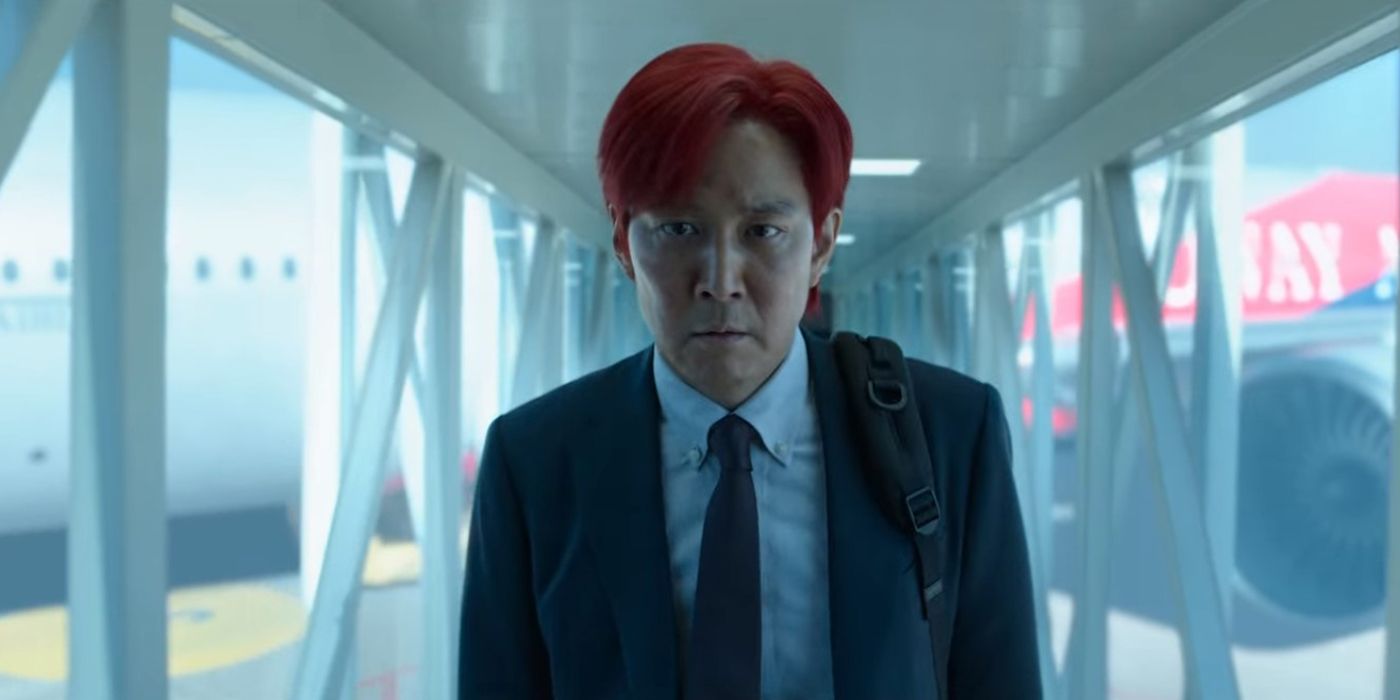 In the final episode of the show, Gi-hun decides to turn back at the last moment and fails to board his plane. This is probably a good thing because one of Squid Game’s most likable characters might have been spared by this small act.

According to Redditor IActuallyKnowNothin, “They were going to blow up the plane,” likely referring to In-ho and the VIPs. They highlight how this was foreshadowed in an earlier episode where someone says “Rich or poor, in a plane crash you are all the same.” If proven true, this theory would change the meaning behind the Front Man’s insistence that Gi-hun should get on the plane for his own good.

7 Every Main Character’s Death Is Foreshadowed 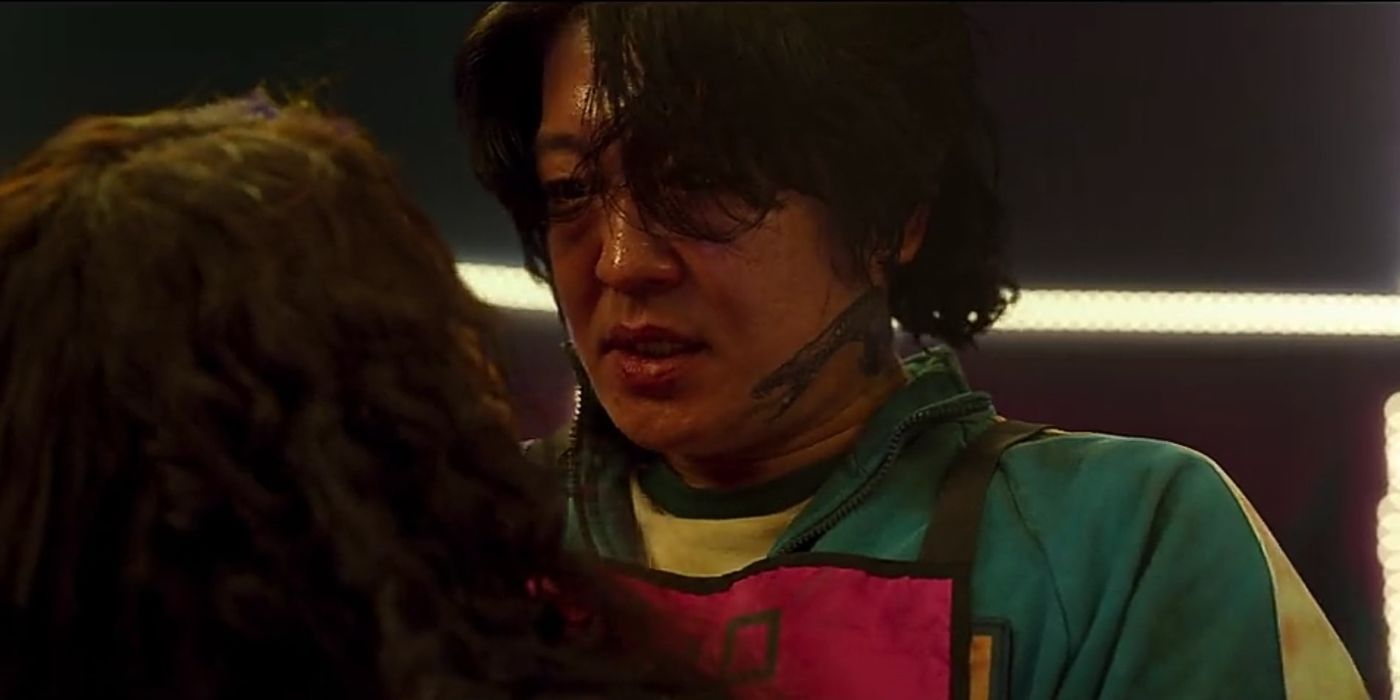 Several eagle-eyed viewers have noticed that the main characters’ heartbreaking deaths on Squid Game are not as random as they seem. CarlyTargaryen tweets about the several “parallels and foreshadowing” on the show, saying that they “keep seeing more.”

Fans who rewatch the episodes may notice these parallels. For instance, Deok-su’s death is foreshadowed in a scene where he jumps off of a bridge to evade debt collectors. In the fifth game, he dies by falling off a high platform. Another example is Sae-byeok’s tense moment with a smuggler where she threatens to slit his throat — she meets this horrible fate in the end. Byeong-gi, Ali, and Mi-nyeo also have similar experiences that foreshadow their deaths.

6 The VIPs Are The Viewers 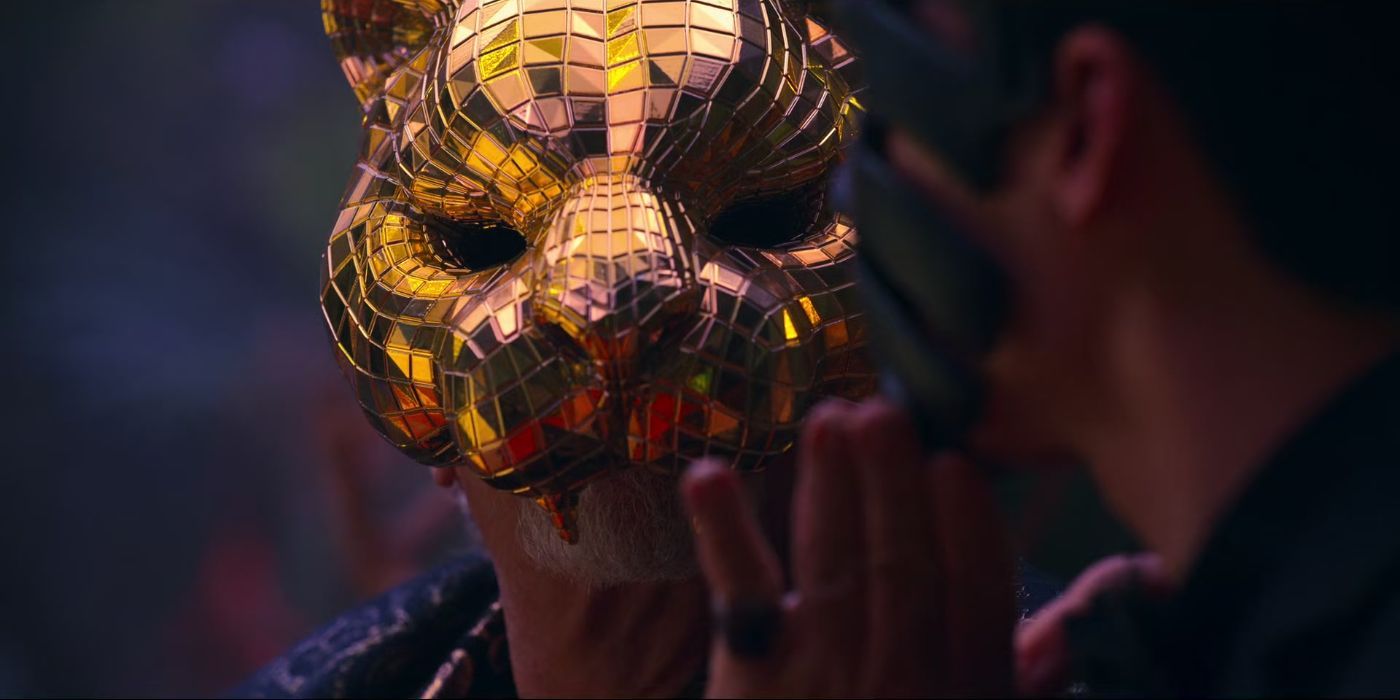 The Redditor enperry13 has a fascinating theory about what the VIPs on the show represent. They think that their “existence is intentional in a very meta way,” as they’re actually supposed to be “the subscribers to the streaming services.” In their TL;DR, they write how viewers “can afford Netflix” and watch people die “as a spectacle.”

This theory is not too far-fetched, considering how the show doesn’t shy away from symbolisms like shapes and colors representing hierarchy. The user’s comment saying “nothing really beats the real thing up close” further drives the point home. Fans who enjoy watching violent shows like Squid Game may not appreciate the comparison with the horrible VIPs, but it’s a connection that’s worth exploring. 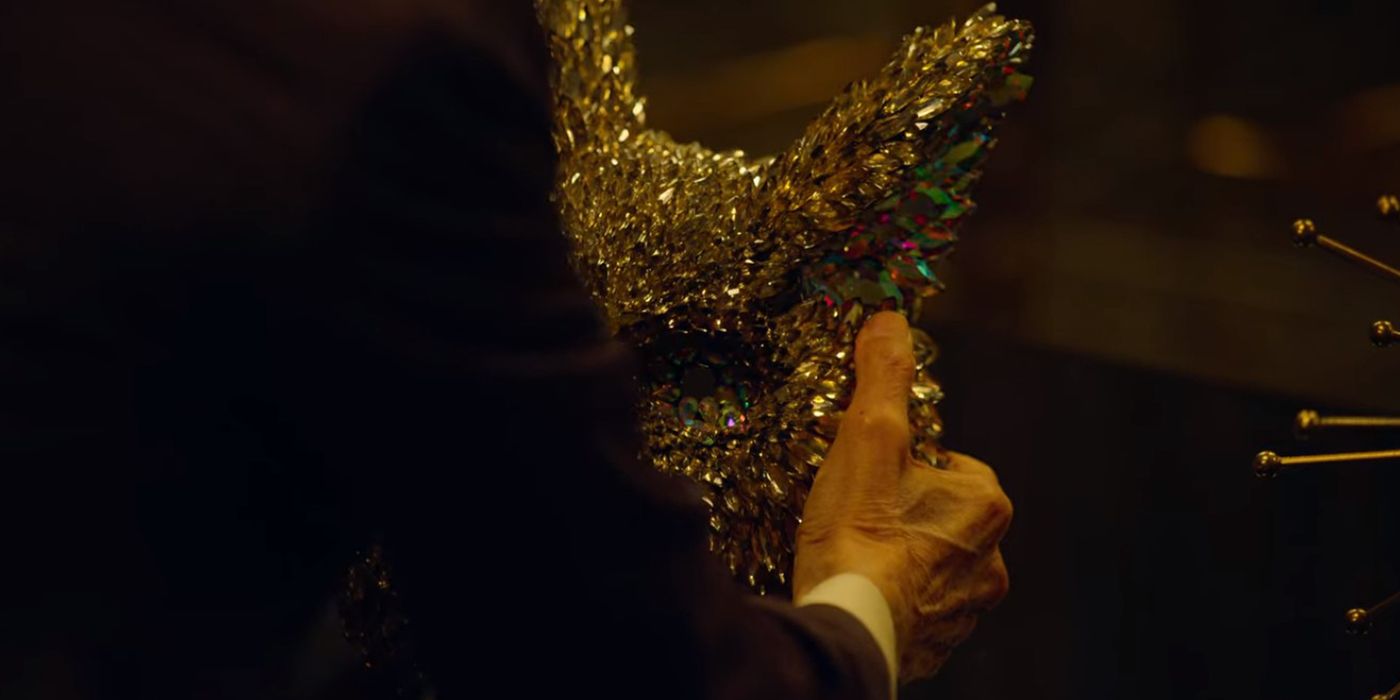 It’s chilling to think that the most horrific events on Squid Game may be happening somewhere else in the world, but that’s exactly what Redditor Maximum-Range is proposing. They point out that “two of the VIPs make an interesting comment” in the show, with one of them saying that “the games this edition have been amazing” and the other stating how “the contest in Korea was the best,” possibly referring to North Korea.

That’s definitely convincing evidence that there could be international versions of the brutal competition. There’s no telling how far the VIPs’ wealth and influence can extend. A commenter on the post takes it a step further by hypothesizing that the VIPs take turns hosting the games in their own countries, which is why they keep referring to Il-nam as the host.

4 Gi-hun And Il-nam’s Numbers Are Symbolic 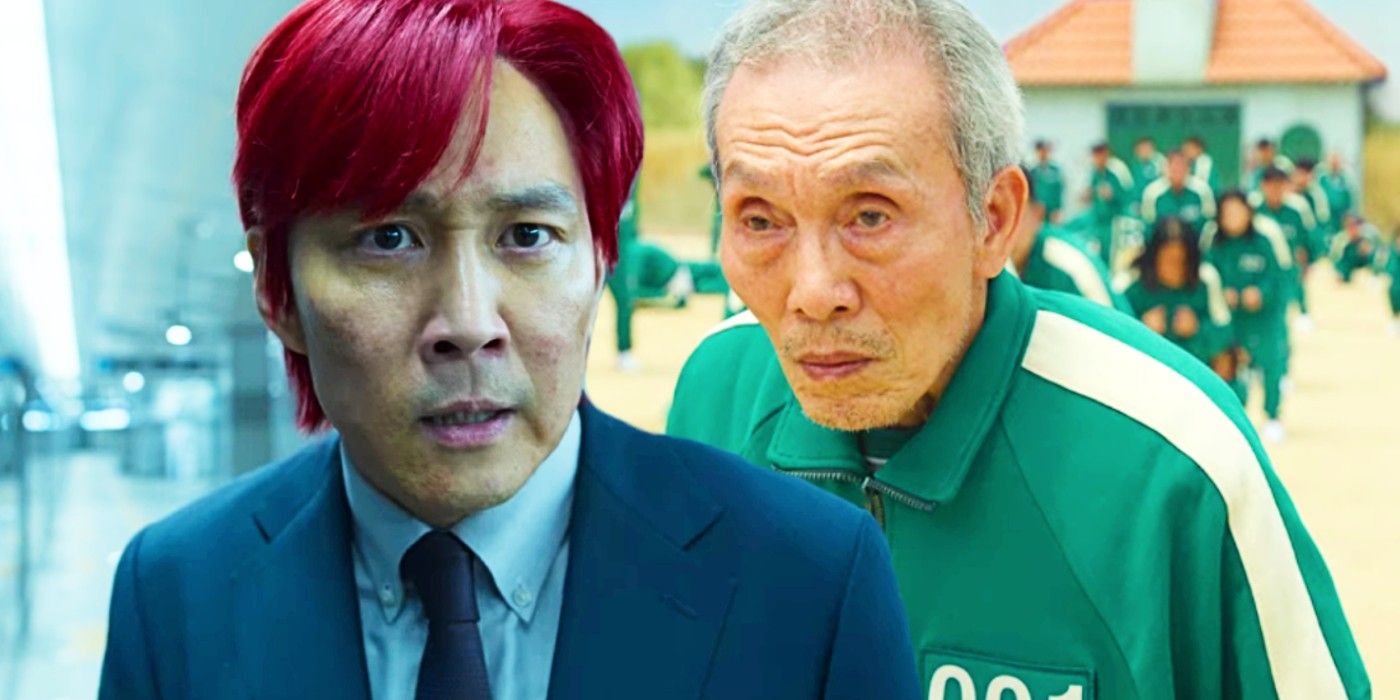 The Redditor 7DSPride prefaces his theory by saying it’s “mainly symbolic.” They think that Gi-hun “represents the End of the Squid [Game] as a long-running institution” because he is the final player who gets the last number, 456. On the other hand, Il-nam is “numbered 001, because he represents the [origin] of the game.”

Since it’s implied in the ending that Gi-hun is going to find a way back to the games to put an end to the messed-up competition, this theory might be correct. If the show gets a second season, fans will hopefully find out if the protagonist can successfully stop the next contest. 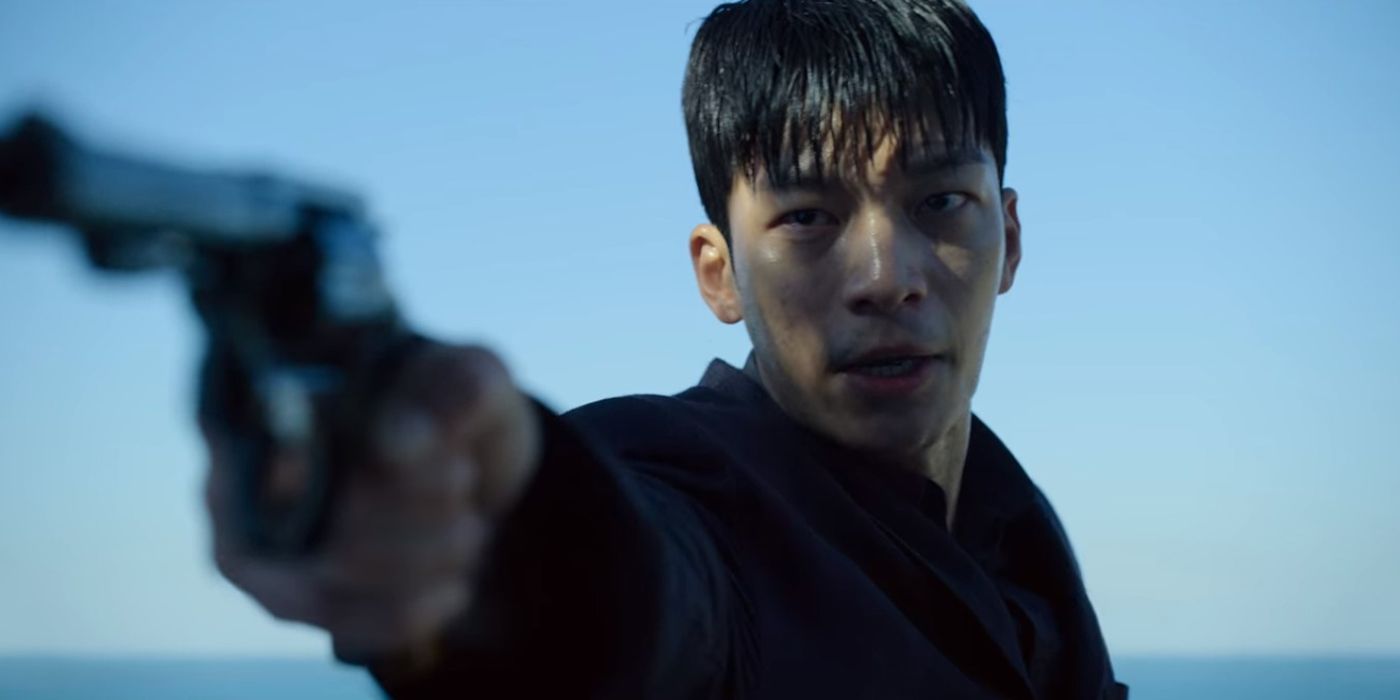 Jun-ho’s demise was one of the more painful deaths to see on the show, but it might not be the end for the police officer. A Twitter post by squidgameburner points out that “film characters are only dead” when viewers see the body.

The user continues by explaining how Jun-ho’s storyline is never properly completed, as his last words to In-ho are “Brother, why?” He may just get his answer in season 2. Fans can only hope that he survives that bullet to his shoulder and that he finds a way to swim safely to shore. 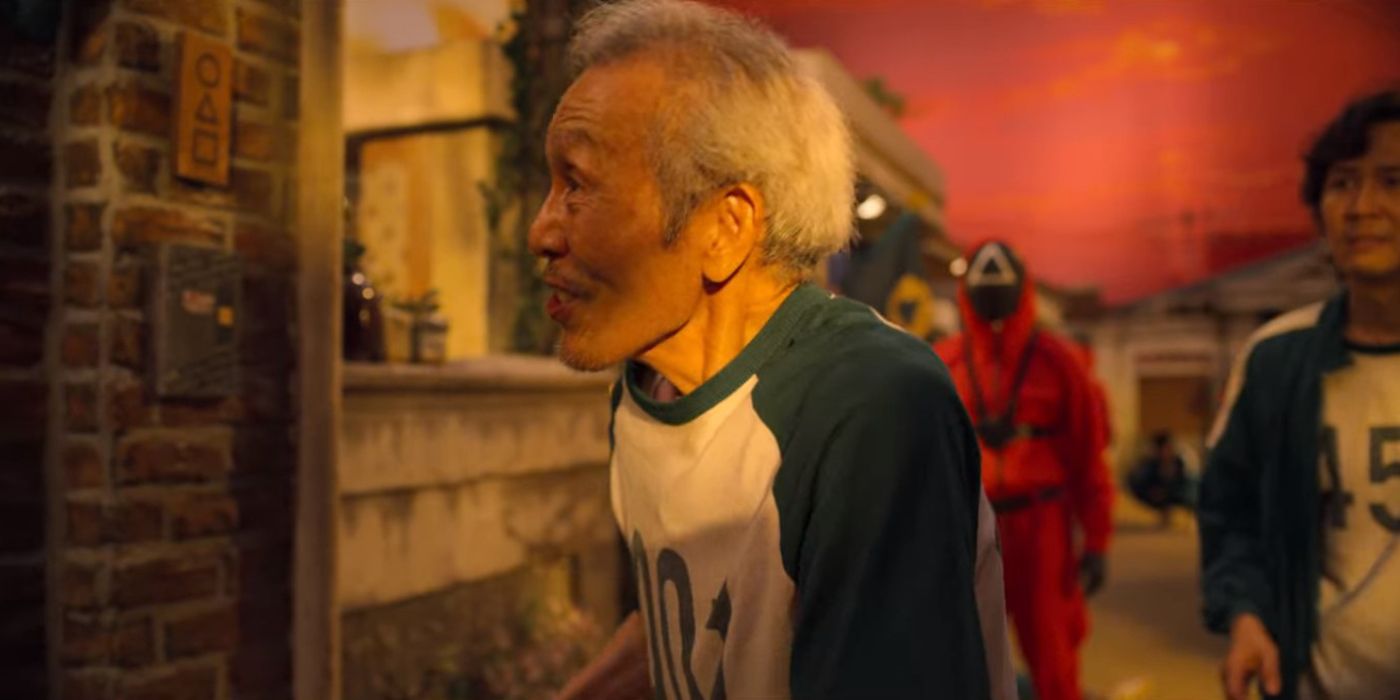 Despite Il-nam’s fake death infuriating fans who discover his real identity towards the end of the show, it was still a harrowing moment when it happened in the fourth game. According to Redditor heatherfeathrr, however, it could’ve been completely avoided.

They detail how when Il-nam was having an episode in the game, “he was actually going to reveal a way for” him and Gi-hun to safely get through the level together. If Gi-hun had just waited for him to get inside his house, he could have had an extra set of marbles there. They highlight how Il-nam says they could have a final bet “with everything that I still have HERE,” as he was “trying to tell Gi-Hun he had marbles in the house.” That game could’ve ended very differently if the protagonist had just stopped and listened. 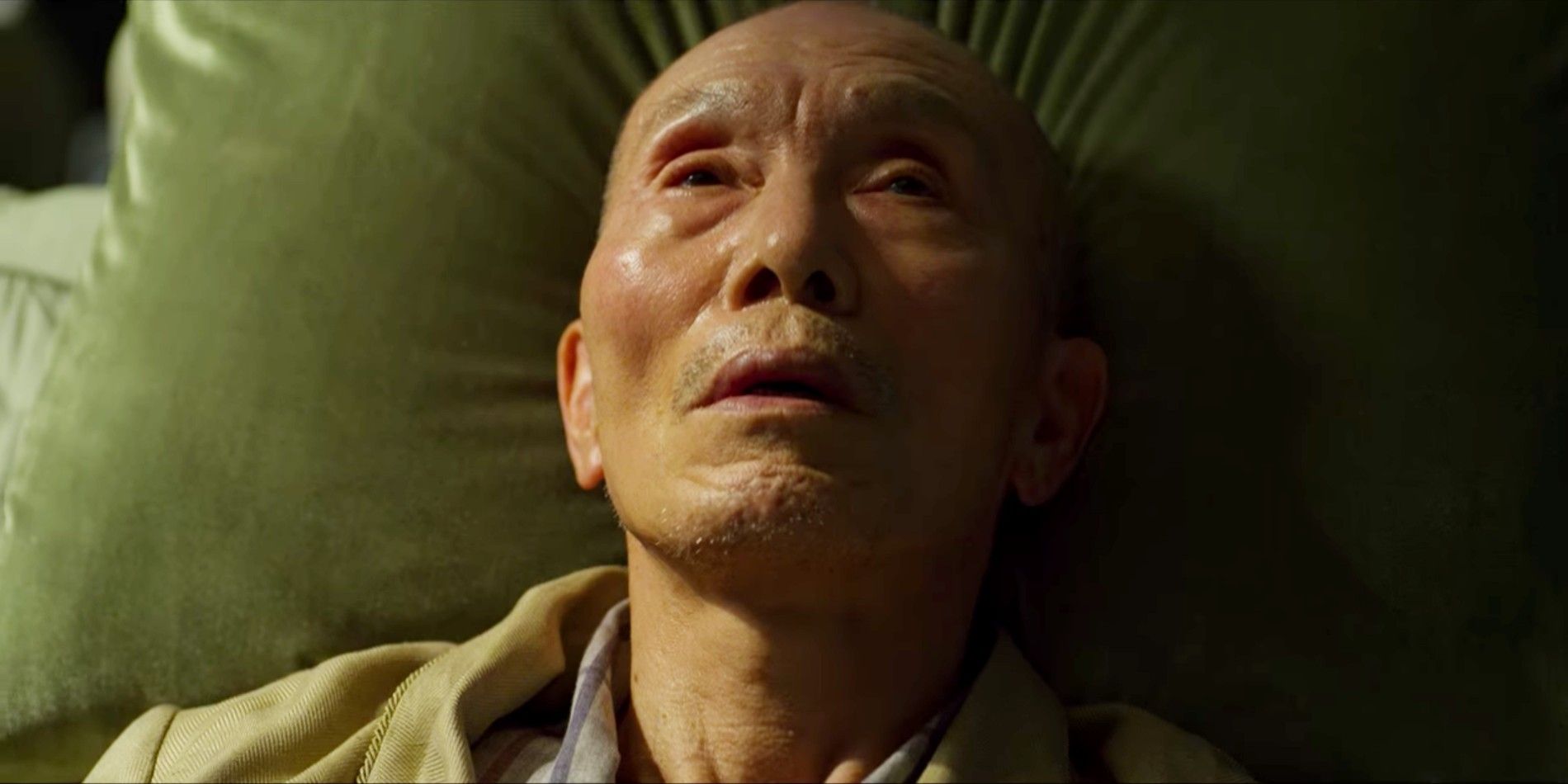 The most mind-blowing fan theory about Squid Game so far is detailed well in a Twitter post by yoonyoonlover. The user shares a Tiktok video that highlights two specific scenes in the show. The first sequence shows Il-nam commenting about how Gi-hun must have gotten spanked a lot as a kid, which he knows because his son did, too. It’s the second scene that’s more persuasive, as it replays the moment when Il-nam tells Gi-hun the neighborhood in the fourth game looks familiar, to which the protagonist responds that it looks similar to where he grew up as well.

The user takes the theory further by proposing that Il-nam created the competition “to find his son” because “he has dementia” and wants Gi-hun to “continue the tradition” and be the head of the games. It’s an incredible theory that could have massive implications about the origin and purpose of the entire competition.