Demon Slayer fans absolutely adore the wonderful Nezuko Kamado, but even she has her flaws and downsides.

You Are Reading :10 Worst Things About Nezuko Kamado 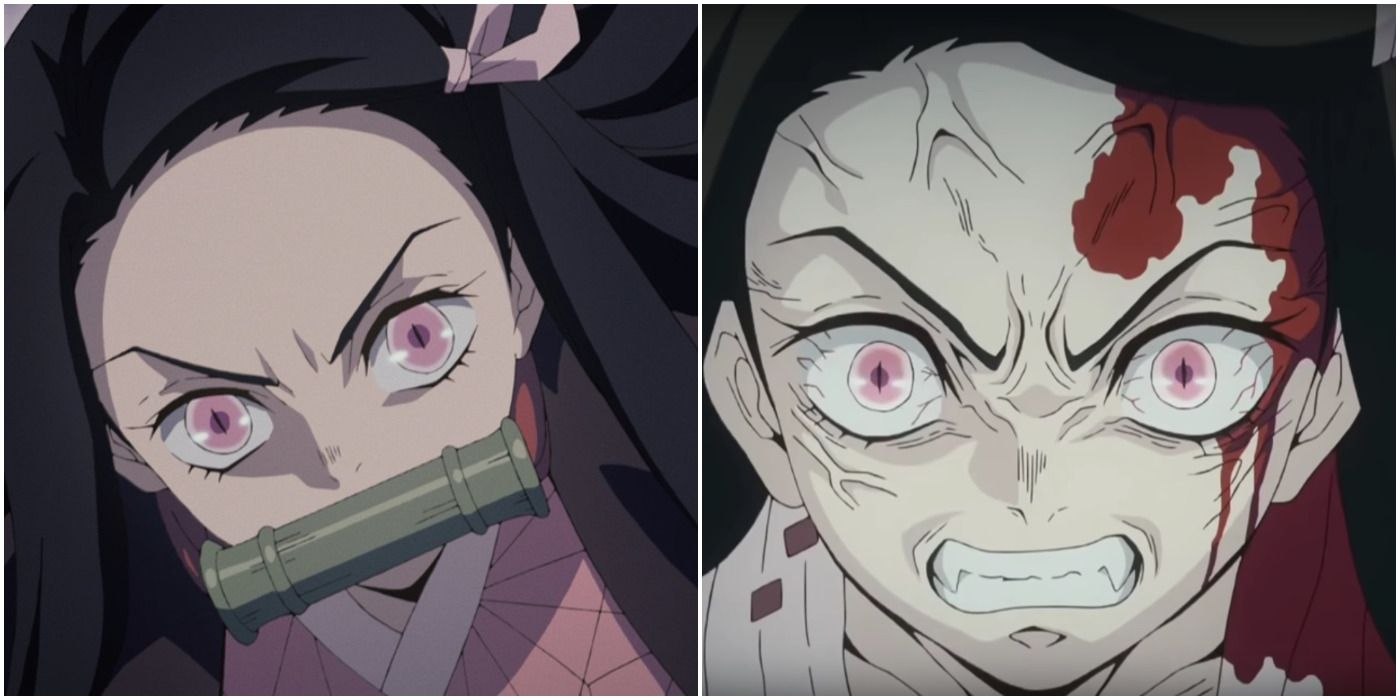 Demon Slayer is one of the biggest names in shonen anime right now, along with esteemed company like My Hero Academia and Jujutsu Kaisen. It’s all thanks to Demon Slayer’s winning combination of industry-defining animation techniques, an excellent combat system, a stylish setting, and its compelling characters.

Overall, there is a lot to love about characters such as the compassionate swordsman Tanjiro Kamado and his little sister, Nezuko; their flaws and deficiencies are few. But even then, Demon Slayer fans might find a few faults regarding Nezuko Kamado’s character, even if they are minor flaws. 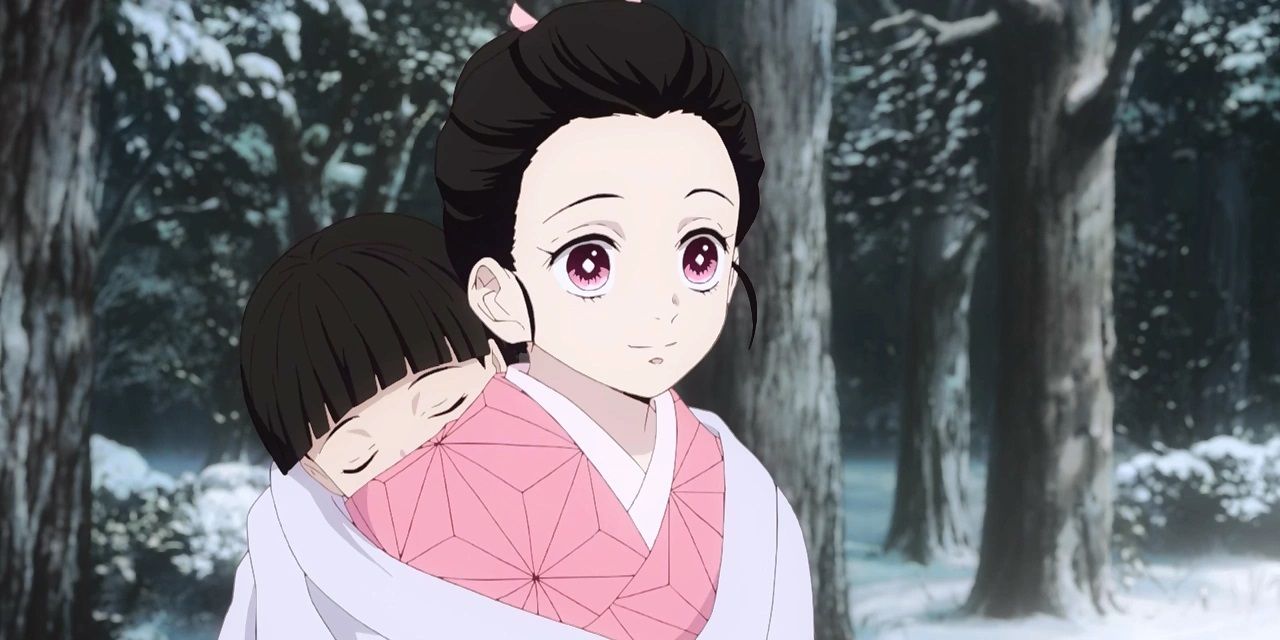 Flashbacks are an effective way to explore a character’s backstory and prior experiences in any work of fiction. Japanese anime is famed for making heavy use of flashbacks, with some flashbacks taking up an entire episode. However, some characters, such as Nezuko Kamado, missed out.

Fans are missing a lot of background context regarding Nezuko’s past experiences and growth as a person, since she only makes token appearances in Demon Slayer’s flashbacks. Even then, she’s really just a guest star in Tanjiro’s own flashbacks.

9 Nezuko Is Often Out Of The Picture, Fast Asleep 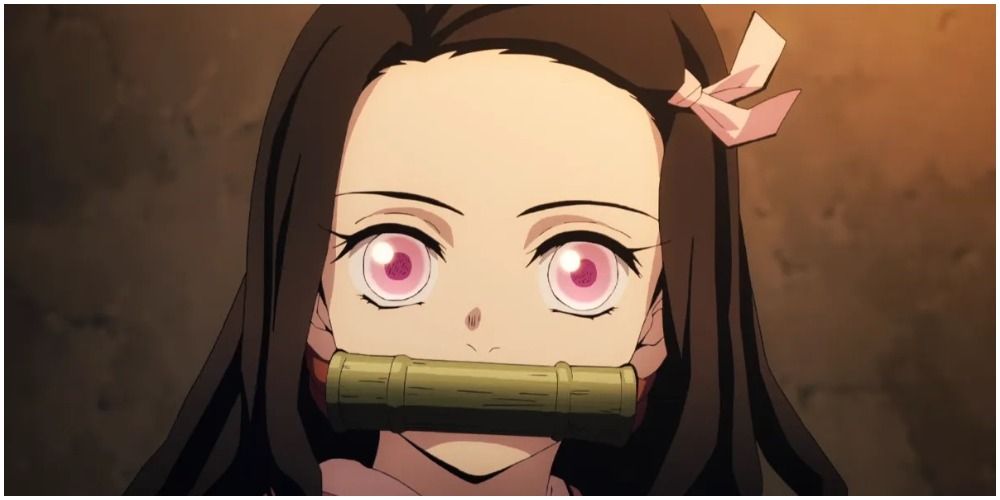 It’s not Nezuko’s fault that she has to spend so much time asleep, since she is starved of human flesh and must conserve her energy. It makes sense, but it’s still disappointing that Nezuko spends so much time sleeping while Tanjiro is on his adventures.

Nezuko was asleep for two solid years while Tanjiro trained in the ways of swordsmanship and she is often asleep during later story arcs, too. Fans want to see Nezuko more on-screen and they aren’t able to if she’s napping in a wooden backpack.

8 Nezuko Has Almost No Dialogue 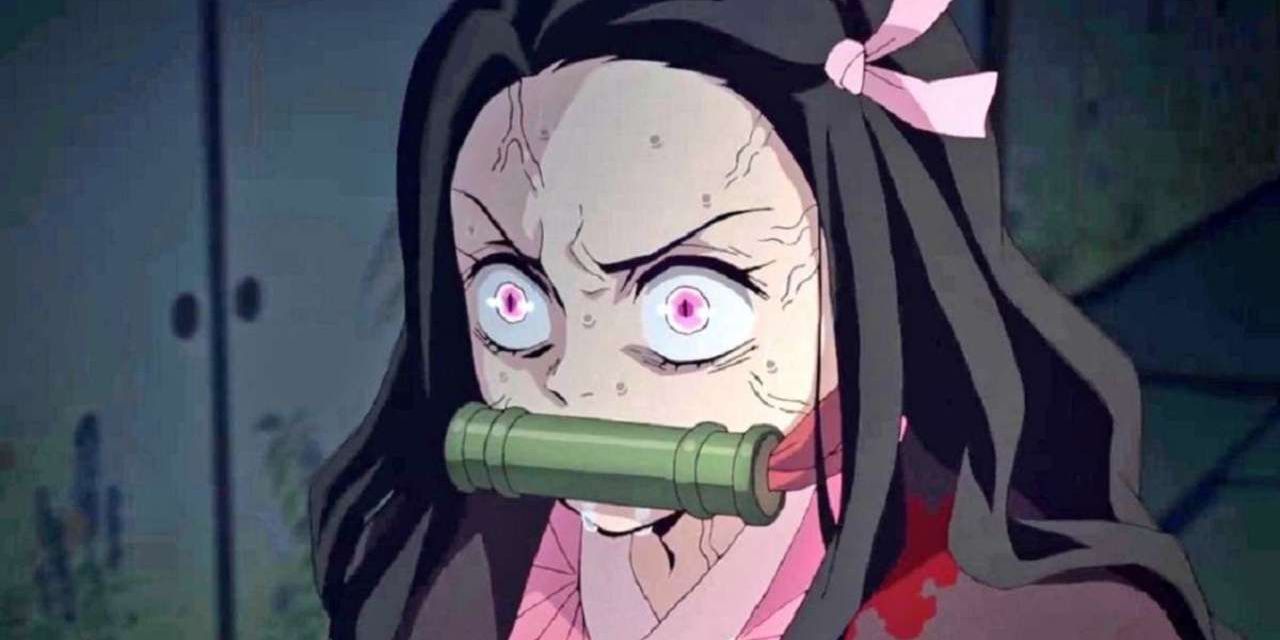 Nezuko must wear a bamboo muzzle as a precaution to make sure she doesn’t lose control of her demonic instincts and chomp down on someone to sate her hunger. Nezuko doesn’t mind wearing her bamboo muzzle all the time, but it comes at a cost.

Due to Nezuko’s muzzle, Nezuko cannot speak, and merely hums instead. It’s a shame Nezuko can’t get more character development or express herself more clearly with actual dialogue. Even when her muzzle came off in the Entertainment District Arc, she had no lines at all.

7 Nezuko Has Just One Outfit 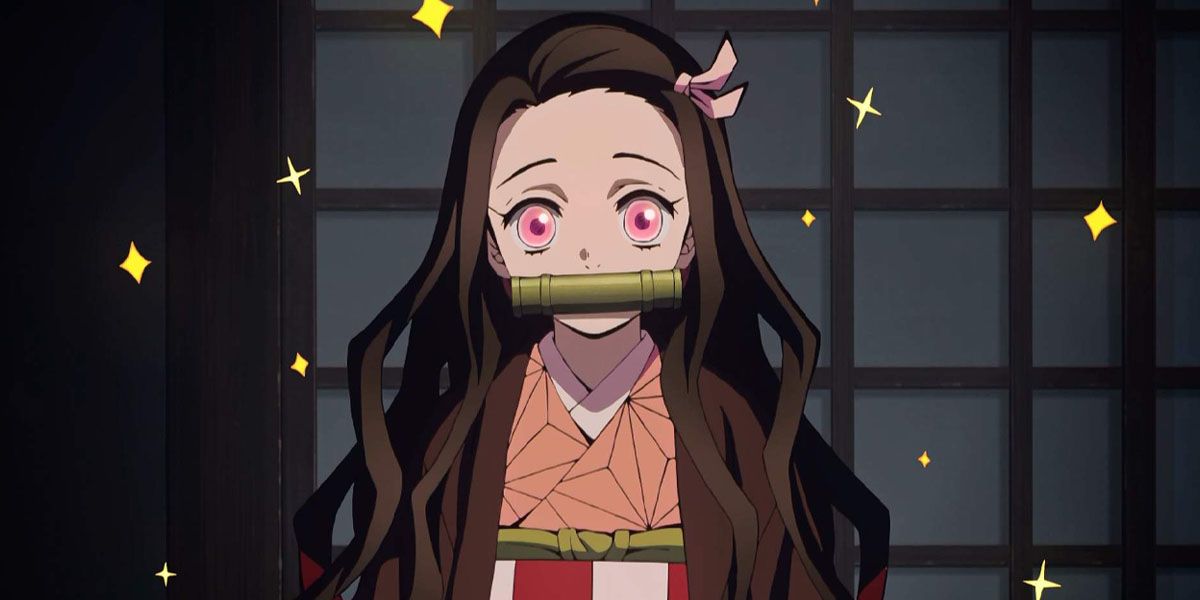 Nezuko is a sharp dresser, wearing stylish and cute robes with a colorful cloth belt to match. She is a fashionable young lady in early modern Japan, but part of the fun of anime characters is seeing them in new outfits to express their ever-changing personalities.

Many of Naruto’s characters changed their outfits for Shippuden and some Bleach characters are famed for their rich fashion sense, such as Ichigo Kurosaki. It’s a shame that Nezuko doesn’t join that trend and add some variety to her closet.

6 Nezuko Is Too Reckless In Combat 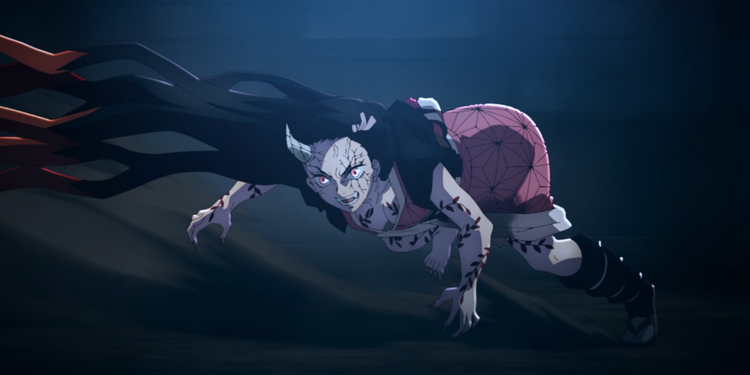 It’s usually Tanjiro and his fellow demon slayers who do the fighting in Demon Slayer, but sometimes Nezuko will join the fight. While Tanjiro is happy to have his beloved sister back him up in tough battles, Nezuko isn’t always fully prepared.

More than once, Nezuko recklessly took on foes much stronger than her and got her limbs sliced off, such as when she engaged the vicious Daki. It’s true Nezuko can regenerate her flesh, but she could have been more careful. 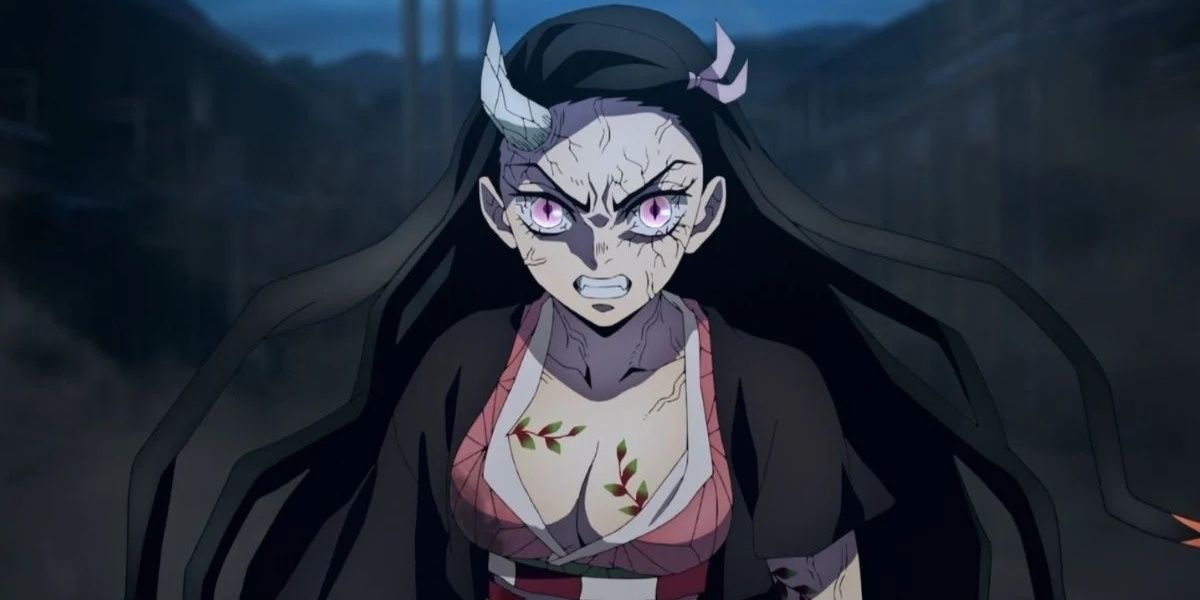 Nezuko’s sexualized form is a development that bothered some anime fans more than others — it’s up to each individual fan to decide if her new form is inappropriate or not. All the same, it was an awkward moment in the Demon Slayer community when Nezuko unveiled her super-powerful form during the Entertainment District Arc.

At the time, Nezuko was 12-13 years old, but she suddenly gained the physical maturity of a girl at least six years older than her and some fans saw this as unnecessary and excessive use of fan service with an underaged character.

4 Nezuko Can Get Too Brutal For Her Own Good 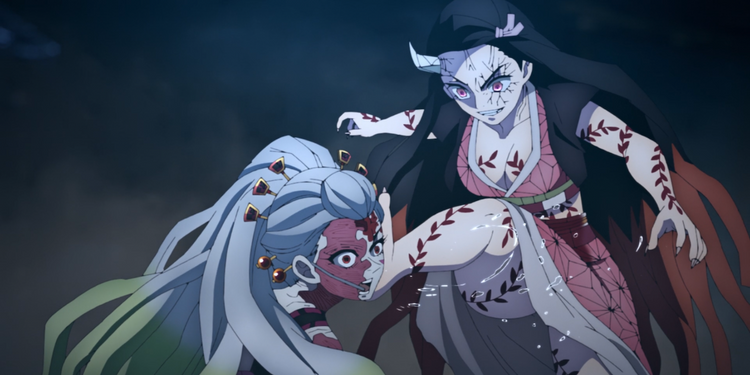 Not only can Nezuko be reckless in battle, but she might totally lose herself to her rage and bloodlust, which is a problem for many shonen and seinen heroes. Examples include Naruto Uzumaki’s fox chakra, Ichigo’s inner Hollow taking over, and Ken Kaneki going wild with his kakuja.

Nezuko took her turn when she fought Daki with her super-form; she had a good time kicking Daki around and tormenting her without mercy. It’s true that Daki needed to be taken down, but Tanjiro was rightly concerned with Nezuko’s methods. His sister nearly lost herself to her wrathful side.

3 Nezuko Hasn’t Yet Won A Fight On Her Own 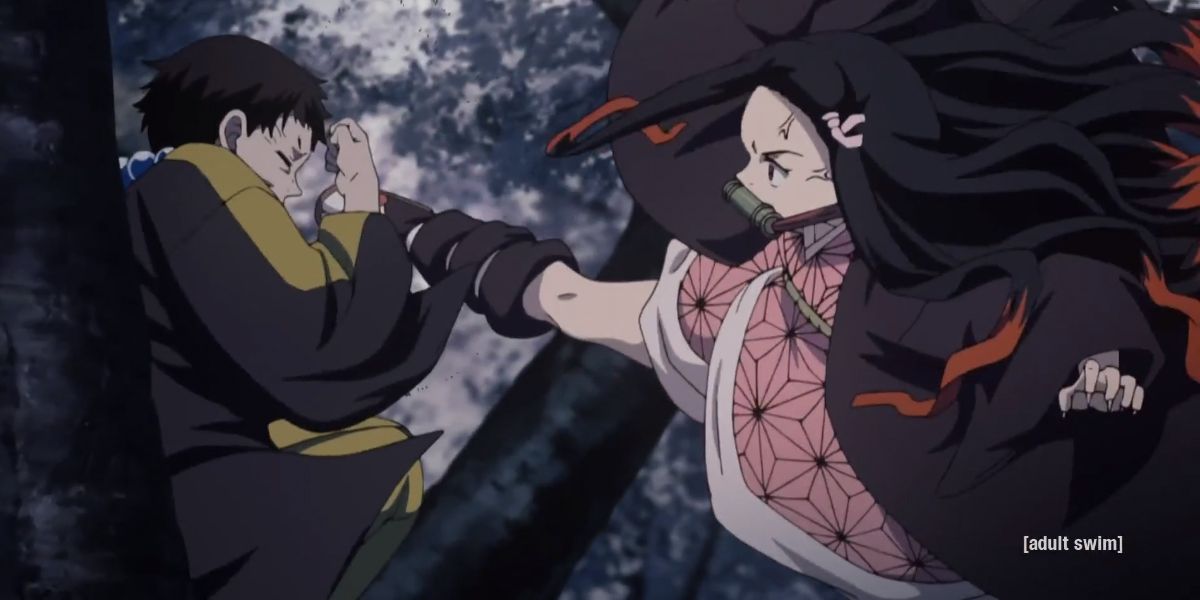 Nezuko is happy to play a supporting role in Tanjiro’s adventuring party; she has certainly done her part to help her brother and his allies fight Muzan’s bloodthirsty hordes. Nezuko has impressed Demon Slayer fans with her combat prowess, but she could stand to do more.

2 Nezuko Hasn’t Had A Training Arc 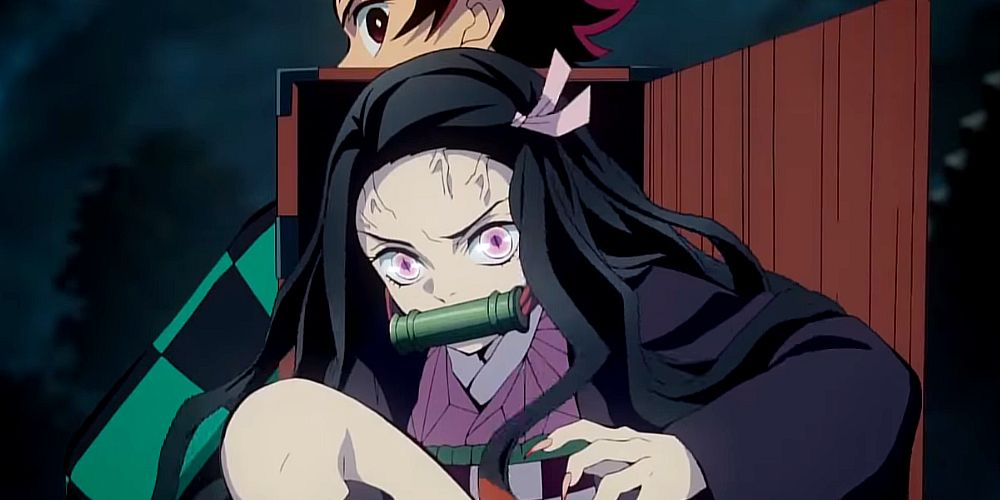 Nezuko is a shonen action star, but unlike her brother Tanjiro, she has not yet won a fight all on her own and she hasn’t had her own training arc or montage yet. She is overdue for one.

In anime, training montages are fun to watch and can enrich a character in many ways, as series like My Hero Academia, Naruto, and Bleach all exhibit. Nezuko’s character doesn’t yet feel complete without a training scene, and Demon Slayer fans must be curious to see what her own training arc would be like. 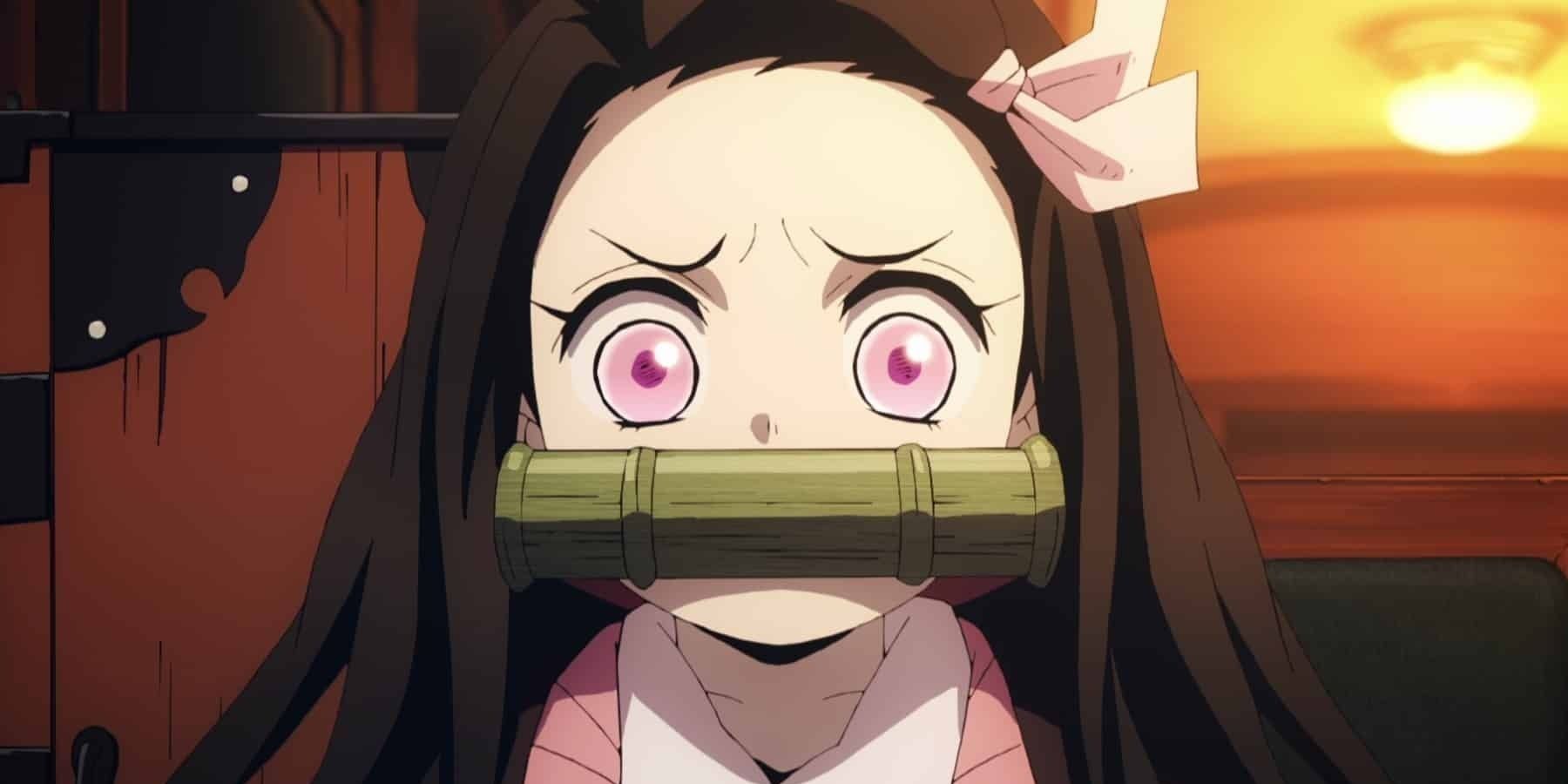 Nezuko Kamado’s role in Demon Slayer is largely passive. It’s her job to keep her demonic urges in check and avoid sunlight while her brother Tanjiro works hard to find a cure. Aside from aiding Tanjiro in battles, her fate is out of her hands.

On one hand, Demon Slayer provides organic and clear reasons for why Tanjiro is taking the initiative while Nezuko’s role is passive, but it may still feel disappointing to some anime fans. A character is far more compelling when they take a proactive role in their lives. So far, Nezuko Kamado has done anything but that.