PG-rated movies love to sprinkle in some adult humor for their more mature audiences, and these innuendos and jokes are the funniest of them all!

You Are Reading :11 Funniest Adult Jokes In PGRated Movies 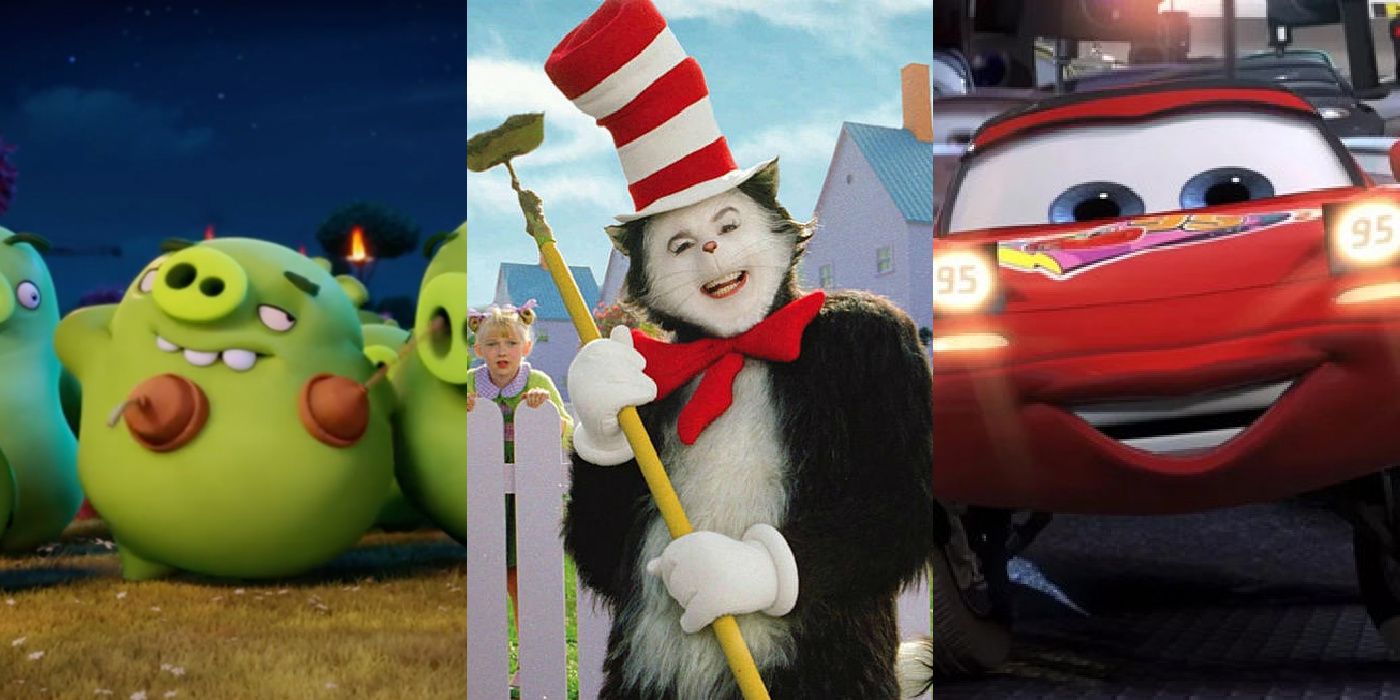 PG-rated movies are primarily made for family fun and geared toward children with bright colors, physical comedy, and a musical number or two. However, sometimes adults have to sit through the movies with its target audience.

Every so often the writers or animators will work in something for the parents or adults that also tune in to watch these films. Whether it’s an innuendo, a disguised curse word, or a suggestive visual, adults can find something for just them to chuckle at in these PG flicks.

“Do You Think Maybe He’s Compensating For Something?”

DreamWorks films have always been a bit more on the adult side than, for example, Disney and Pixar movies. With the more realistic animation style and edgier content, DreamWorks does a great job of making their content enjoyable for both kids and adults.

Shrek has countless funny jokes, but a sneaky adult joke that surely went over kids’ heads was about Lord Farquaad’s castle. Lord Farquaad was shorter than most of the other characters in the movie, but he definitely thought a lot of himself. When Shrek and Donkey get to the castle, Shrek comments, “Do you think he’s compensating for something?” making a joke about men owning large things to make up for their smaller “manhood” sizes.

Not all of the adult jokes in PG-rated films are one-liners, and some have more of a visual effect and double meaning. In the Disney movie, Cars, Lightning McQueen is a celebrity with lots of adoring fans that happen to also be cars.

After one of Lighting McQueen’s races, two cars come up to him and start gushing about how much they love him. Eventually, the two cars “flash” their “headlights” at Lightning and the context is that it’s the car equivalent to “flashing” for humans. 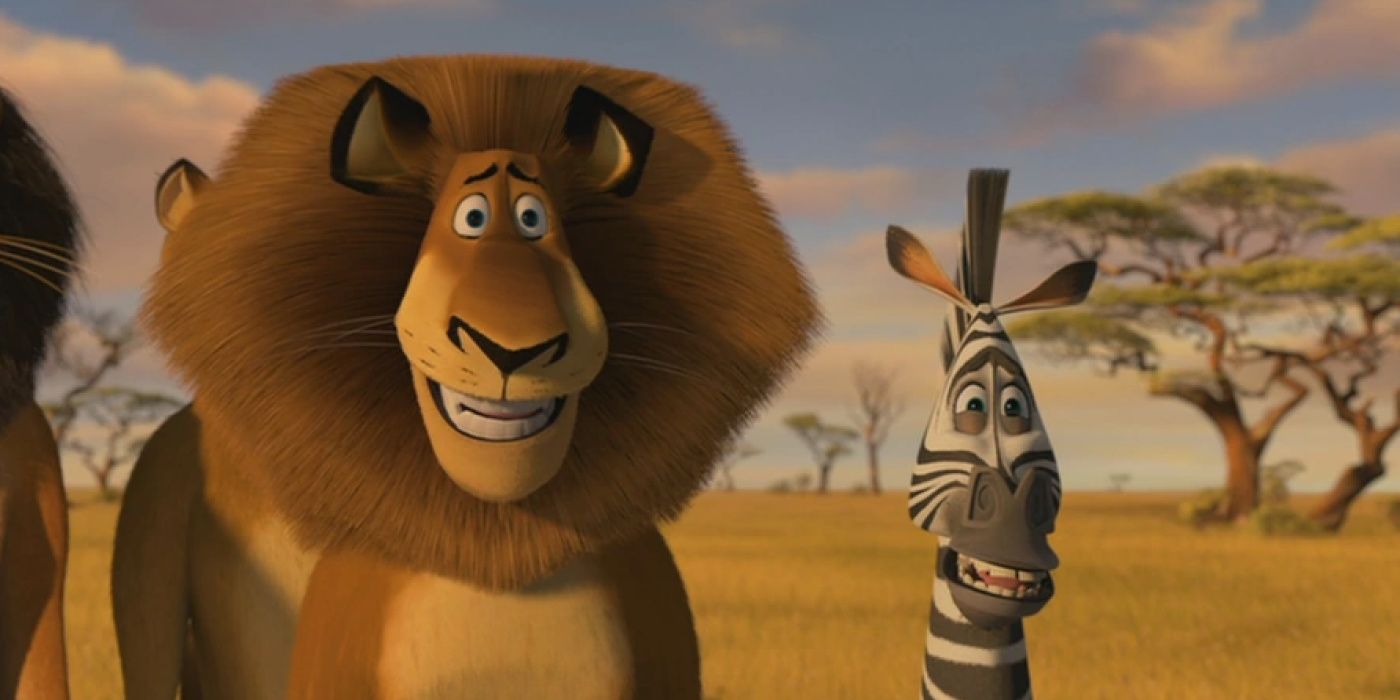 There are lots of things people say when they’re trying to avoid swearing. Some common examples are: “cheese and rice,” “shitake mushrooms,” “son of a biscuit,” and the one that presented itself in Madagascar: “sugar honey iced tea.”

The phrase, which spells out a common swear word when it’s turned into an acronym, is heard in slow motion when Marty the zebra’s happiness quickly turns to fear as he realizes that Alex the lion is actually angry at him and running full speed in his direction with a fiery passion in his eyes.

“Well, Children Can Be Cruel.” 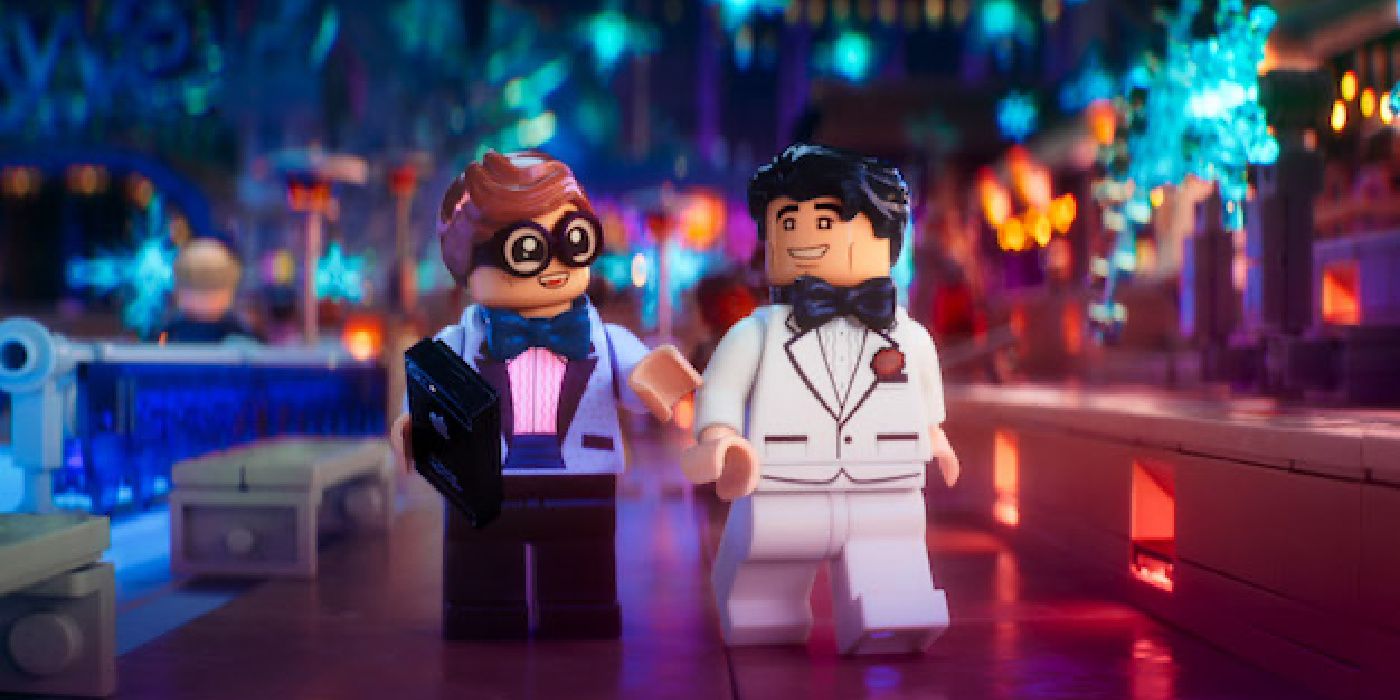 The LEGO Batman Movie was hilarious for all ages. From Batman microwaving his Lobster Thermador to Robin whispering “If I so desire to be” in his ear, there was never a dull moment on screen. Of the many adult jokes in the otherwise PG movie, there was one that was a bit more on the nose.

For those unfamiliar with Robin, the first Robin’s real name is Dick Grayson. When the orphaned Dick approaches Bruce Wayne at a charity event, he introduces himself to Bruce and says, “My name’s Richard Grayson, but all the kids at the orphanage call me Dick” to which Bruce answers, “Well, children can be cruel,” referencing the version of his name that’s an adult insult.

The Angry Birds Pigs Had Some Fun With Plungers 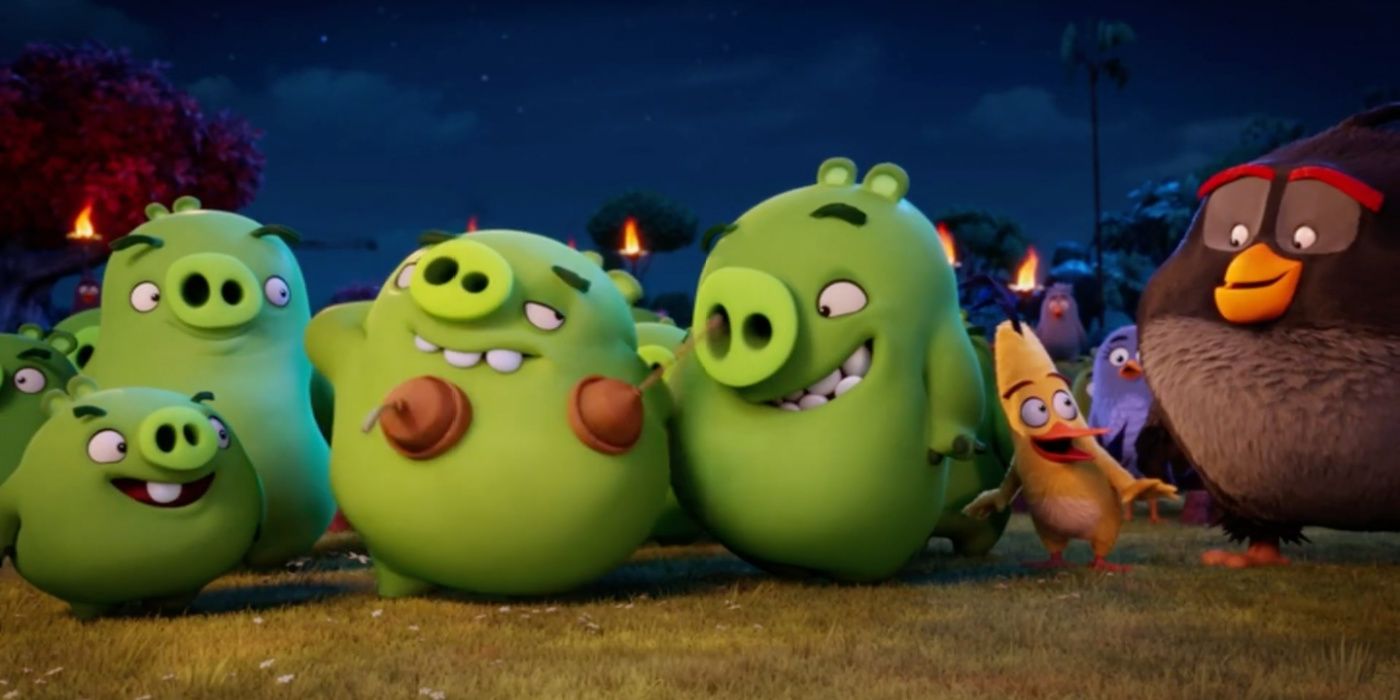 In a scene during The Angry Birds Movie, just one of many video games adapted into movies, the pigs are all together and two plungers are thrown at one of the pigs in attendance. One plunger lands perfectly on the pig’s chest and the other hits the ground.

When his pig friend sees the other plunger, he sticks it onto the other side of the first pig’s chest and he does a little dance with the handles of the plungers waving around in the air. Shockingly, this joke was left in, as it’s not as subtle as some of the other hidden adults jokes and they’re very clearly imitating breasts and nipples.

“Hey! I Can Look At Myself Naked!” 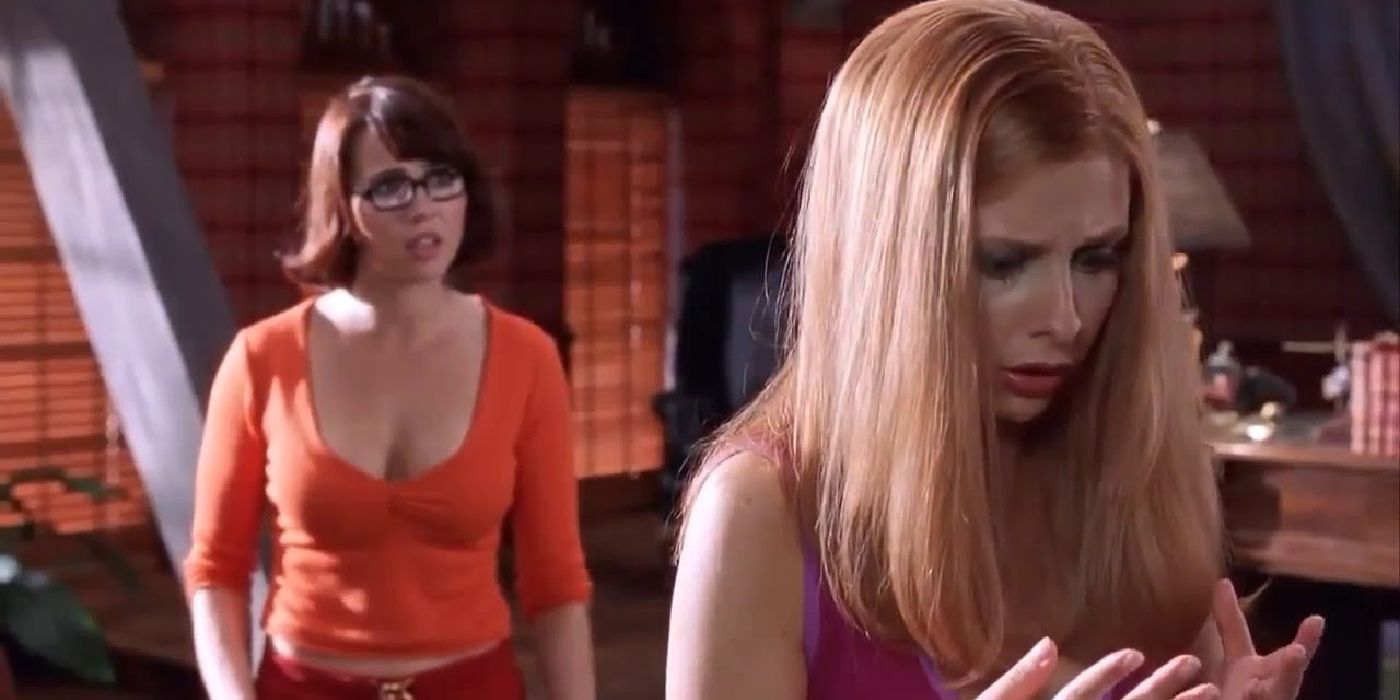 The live-action Scooby-Doo movies were actually supposed to be rated R, but the production company ultimately changed their minds and wrote out many of the adult-themed jokes and content that would have been great for those who grew up watching the show.

That being said, some jokes made it out of the cutting room and are still pretty adult. In the movie, the characters magically switch bodies, and Fred and Daphne are swapped. When Fred realizes he’s in Daphne’s body, the first thing he says is, “Hey! I could look at myself naked!” He even takes a peek down the front of her dress.

“No One Takes My Wife’s Mouth Except Me!” 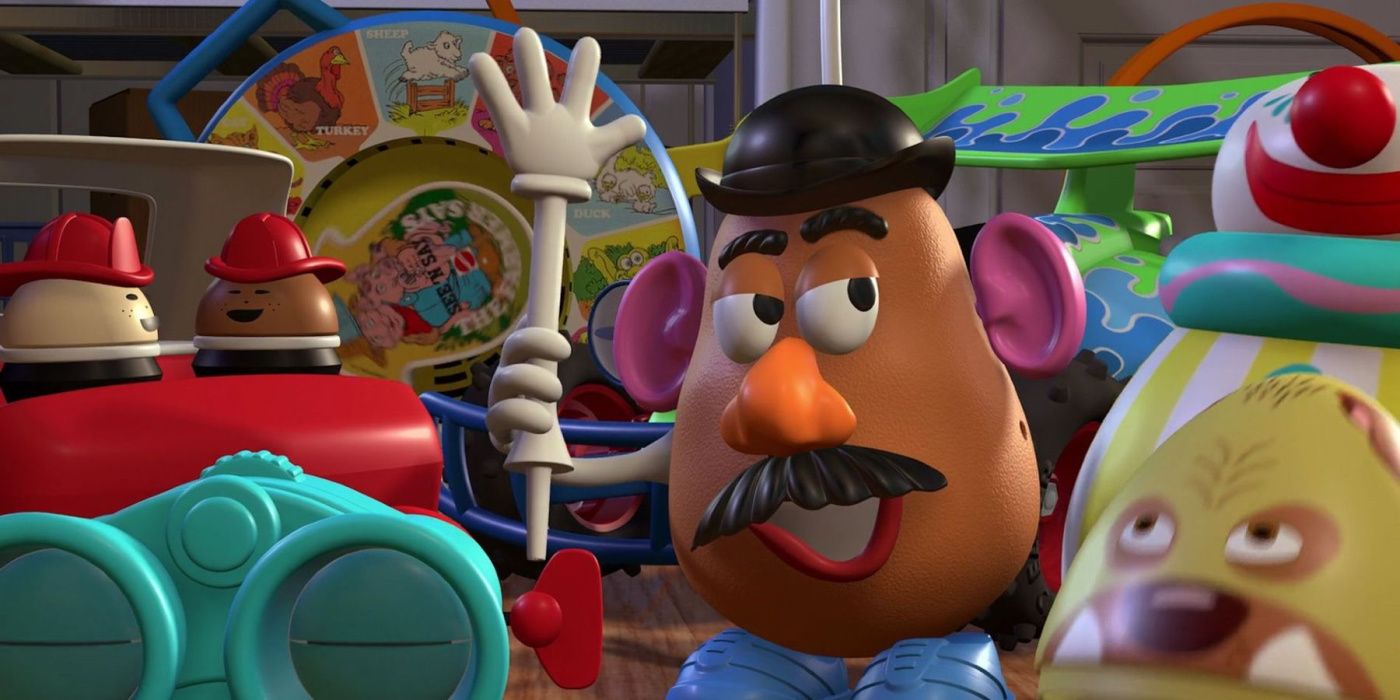 Disney practically invented sneaky adult jokes in their backgrounds and scripts, and even though there may be many things in 90’s Disney classics that wouldn’t fly today, they continue to work in adult humor in sequels and new films.

In Toy Story 3, Mrs. Potato Head’s mouth is ripped out of its spot on her face, and Mr. Potato Head is quick to go to her defense, shouting, “No one takes my wife’s mouth except me!” There are a lot of ways a viewer can interpret “taking” someone’s mouth, and the joke most likely went over every kid’s head, but any adult in the audience would have their mind go straight to the gutter with that one.

See also  10 Shows To Watch If You Like Fargo

“Making The Baby’s The Fun Part.” 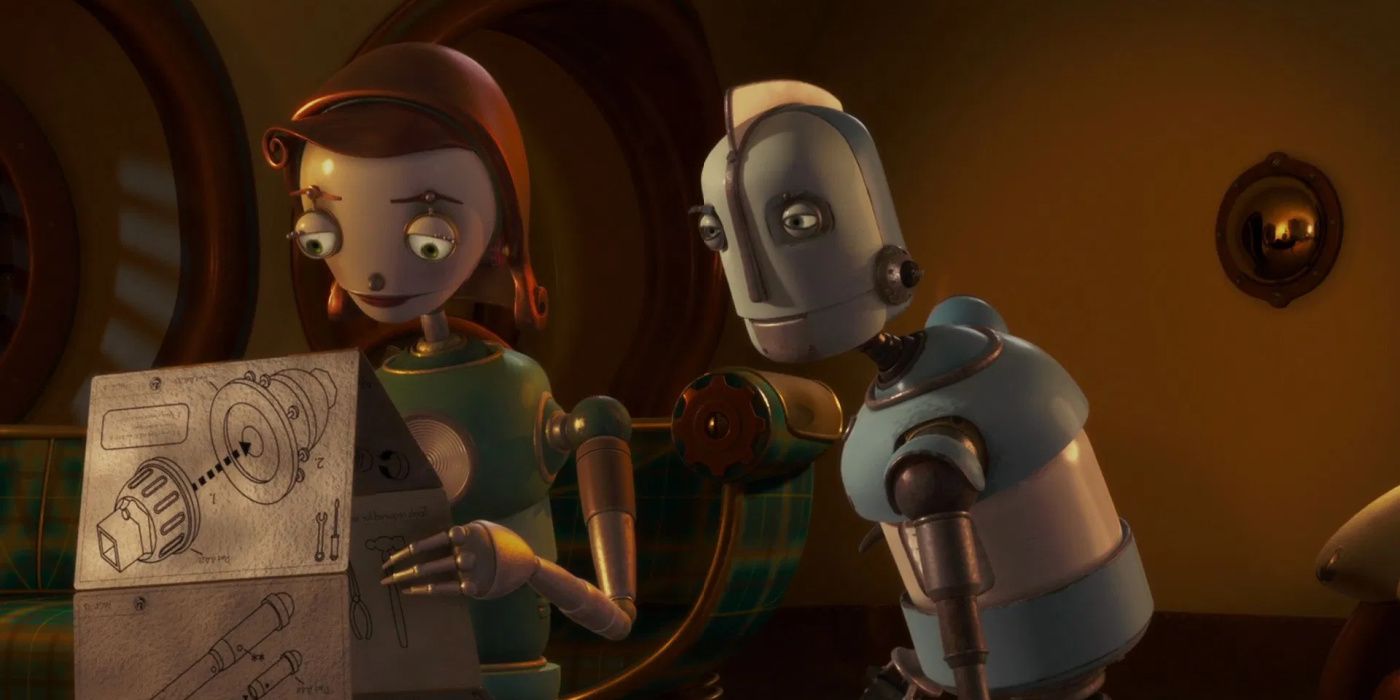 The movie Robots is a serious flashback for anyone who was a kid in 2005 and featured the amazing Ewan McGregor and Robin Williams as the voices of the lead characters and the two are some of the best-ranked non-Disney animated robots.

Early on in the film, Ewan’s character misses the “delivery” of his child. When he gets home, his wife tells him he missed it, but that “making the baby’s the fun part.” She then takes out a box labeled “Build A Baby” as sensual music plays, and it’s clear that the joke is that they will literally have to “make” the baby.

The Entirety Of The Cat In The Hat 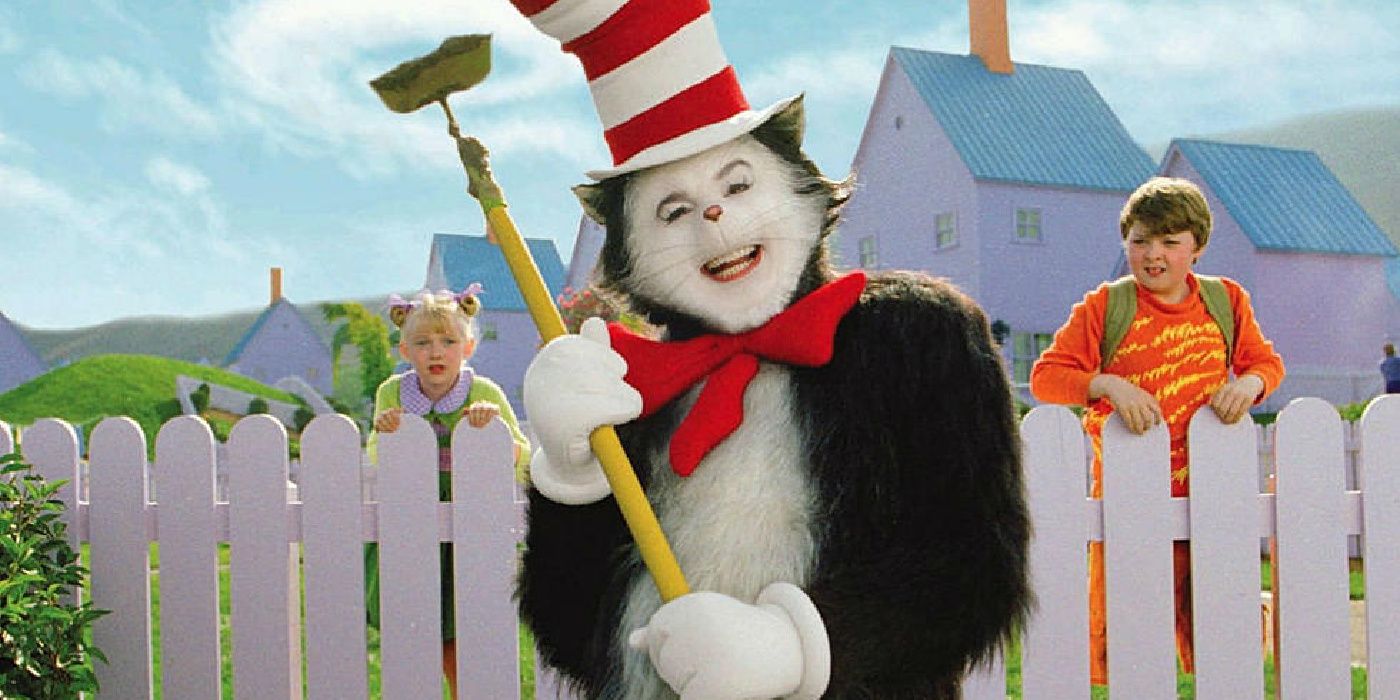 The Cat in the Hat live-action film, starring Mike Meyers as the titular character, is probably one of the most egregious offenders of putting adult jokes into a PG-rated movie. It seems as if the entire script was written in innuendos and adult physical comedy.

From the Cat opening the frame of Sally and Conrad’s mom up like a centerfold and his hat becoming erect, to using a literal gardening hoe as an opportunity to say, “Stupid hoe,” before pulling it back and saying, “I’m sorry, baby. I love you,” The Cat in the Hat is an adult inside joke from start to finish.

Inside Out Using The Censor Bleep 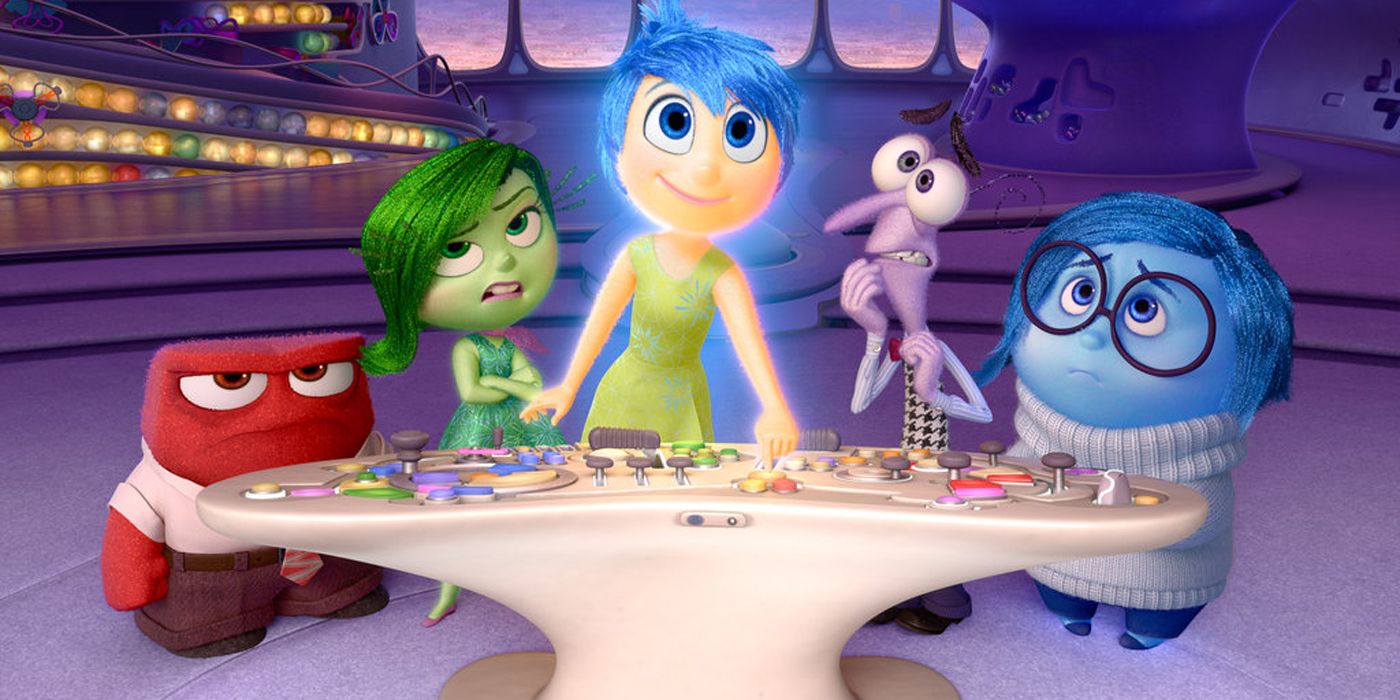 A milder, but just as funny, adult joke that fans may notice when they rewatch Inside Out acts as a two-for-one. The emotions are looking at all of the new buttons on the dashboard of the control center when Disgust asks what the “Puberty” button means. Joy shrugs it off and says it’s probably not important.

Just after, Anger sees that he has access to the entire “Curse Word Library” and says, “This new console is the–” before being cut off by the generic censorship bleep for cursing. However, it turns out Fear accidentally pressed a button that made the sound and it’s a short but funny joke for adults, who are much more familiar with the sound and know what Disney was implying. 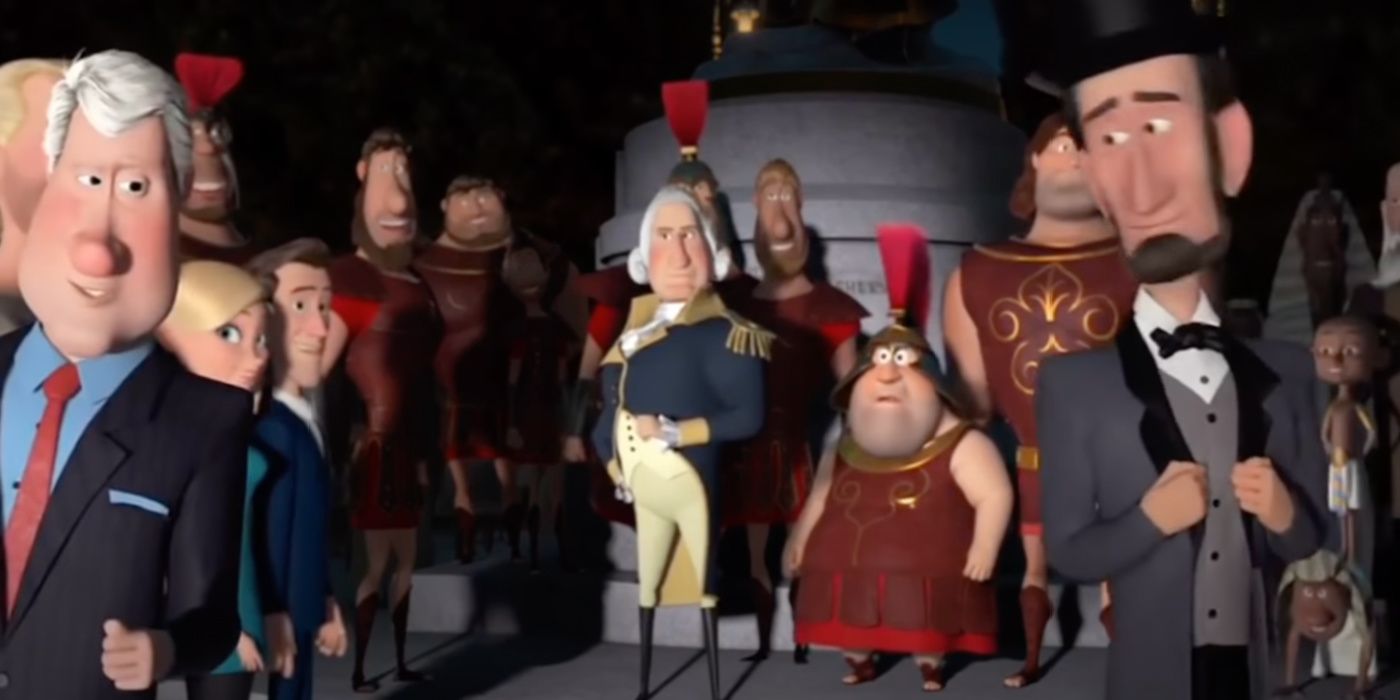 In the film Mr. Peabody And Sherman, there’s a scene where several famous American presidents are giving Mr. Peabody a pardon. They take turns advocating for him and giving their support.

Those who were alive during or know enough about the Clinton era got a chuckle out of the ’90s president’s contribution to the scene. He agrees to give the pardon, stating, “I’ve done worse!” in reference to his affair with Monica Lewinsky and subsequent impeachment.