343 Industries Development Director Reflects on a Decade of Halo

343 Industries Development Director Reflects on a Decade of Halo

An interview with 343 Industries’ Frank O’Connor on ‘Halo’ across all media provides insights into this storied franchise’s past and future. We dig into it here.

You Are Reading :343 Industries Development Director Reflects on a Decade of Halo 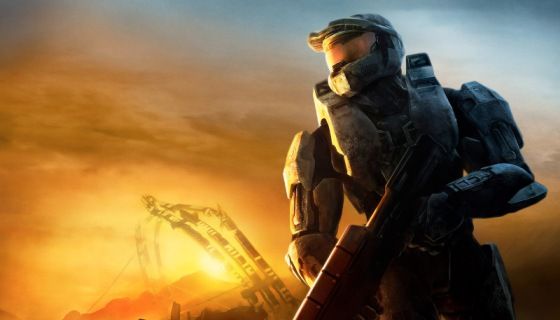 Possibly the most important launch title for any game system ever, Halo: Combat Evolved convinced gamers everywhere they needed to buy Microsoft’s Xbox just to play it. Love it or hate it, it is difficult to overstate the franchise’s impact on the market – from innovations in console FPS controls (which are standard across much of the genre today) and effective multiplayer matchmaking, to building entire fan-communities around a simple story about the struggle of the human race against a technologically superior and implacable covenant of aliens.

Ten years and six games later, Bungie has quietly handed the reins of the Halo IP to 343 Industries. While fans have speculated on what Bungie’s departure means for them, Frank O’Connor, 343’s Development Director, says that Bungie is taking a supporting role, and that the transition should be invisible to fans.

“…I think it’s going to be a gradual analog process, and eventually the endgame for Bungie is that they might still answer a question about Halo on their forums, but otherwise they’ll just look fondly back at a great period of their history. And we, of course, get the luxury of looking forward to a great future for ourselves.”

The universe of Halo covers much more than just the games, and O’Connor’s job has been to manage the creation of books, clothing, and anything else the fans ask for. With such an enormous and varied fanbase, it would be a monumental task to please everyone. Surprisingly, Bungie was largely successful without a distinct plan across for the creation of the ancillary products that fans craved – they made the best game with the best lore that they could, and then simply gave the fans what they asked for (after careful analysis, of course).

“When you have a big universe and when you have a big franchise like this, that separation of your fan base is to be expected, and rather than try to corral them all into one place, you should just embrace that, and we make sure that every aspect of Halo talks to every other aspect.”

Halo’s success owes a lot to the communities of fans that have sprung up around it, and O’Connor credits the strength of those communities partly with the face-to-face LAN play that the first Halo pioneered for console gamers. Bungie set out to foster that community environment early on with the Seventh Column (Bungie’s official fanclub and underground army, which started with a simple message in the Halo: Combat Evolved instruction manual), and that tradition continues with 343 Industries’ Halo Waypoint (the current online hub for Halo content).

Clearly, the minds behind Halo know who butters their bread, and fans will be happy to hear that 343 Industries is focused on tending to Halo: Reach while celebrating the tenth anniversary of the franchise alongside their fans.

Game Ranters have poured hundreds of hours into repelling covenant boarders, getting splattered by hogs, and exploding in pink mist. Celebrate the tenth anniversary of the franchise by sharing your favourite Halo moment in the comments below, and best wishes to Bungie and 343 Industries in their future endeavors.

At E3 next month, we expect to learn more about Halo 4 and/or the Halo remake. Stay tuned!