As realistic as Sex and the City was about women’s friendships, relationships, and living in Manhattan, some things were not at all relatable.

You Are Reading :5 Ways Sex and the City Is Unrealistic (& 5 Ways Its Relatable) 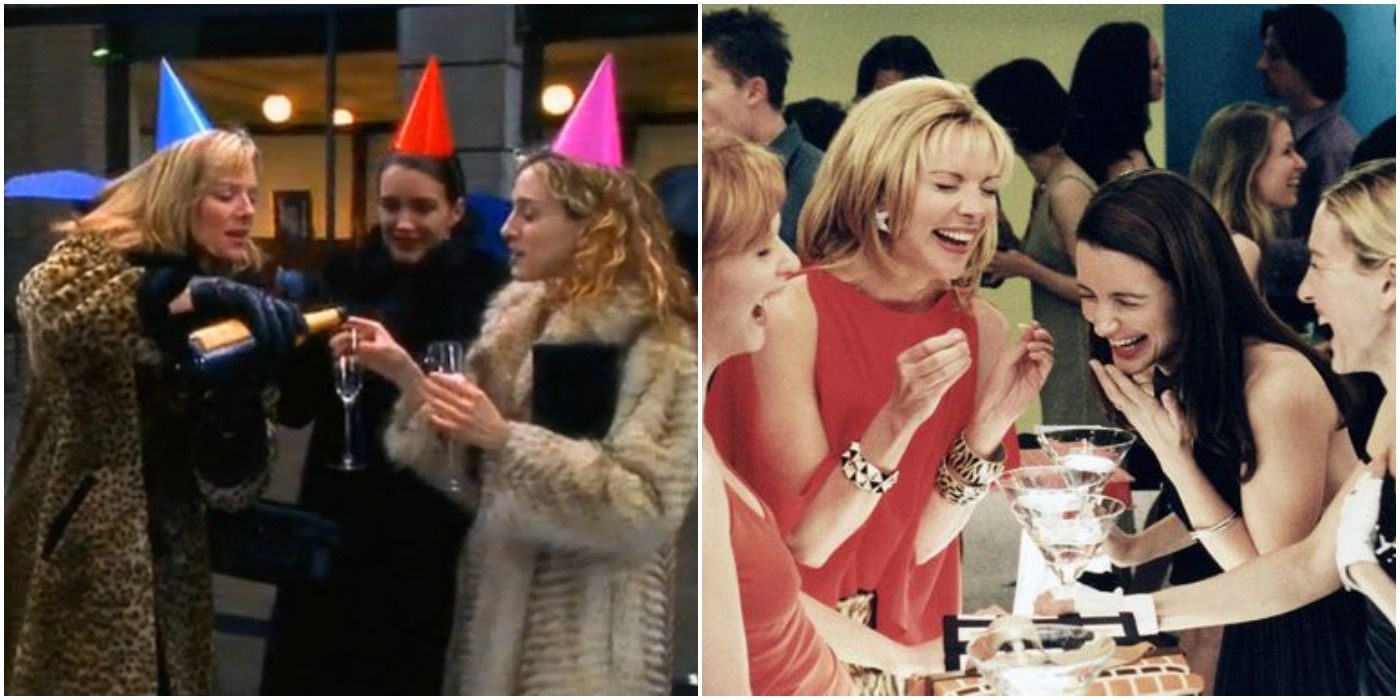 The juggernaut that is Sex And The City attracted a massive audience while it aired between 1998 and 2004 and them kept them tuning in through two movies and never-ending reruns on basic cable.

As realistic and honest as the show was about women’s friendships, relationships and living in Manhattan, and depicting scenarios that even non-NYC residents could see themselves in, there were times when the beloved series had even the most devoted fans watching and saying, “Yea, um, no.” 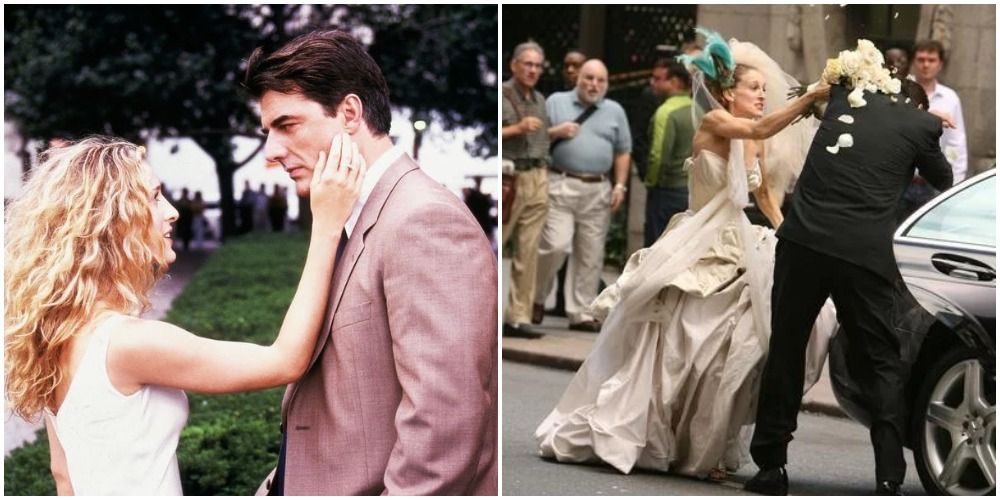 There were single men everywhere in this series, some who at first look merited the descriptor “jackpot,” but proved in the end to be Mr. Wrong. Most of the time it was the guy who fell short for the women, exhibiting anger issues, mother issues, failure to launch tendencies, aka the worst traits imaginable.

But sometimes, yes, the ladies had to take responsibility for causing the problems, like when Carrie met the cute, bespeckled, hip downtown journalist who returned to his apartment after blowing off soccer with his bros and found her rummaging uncontrollably through his belongings. 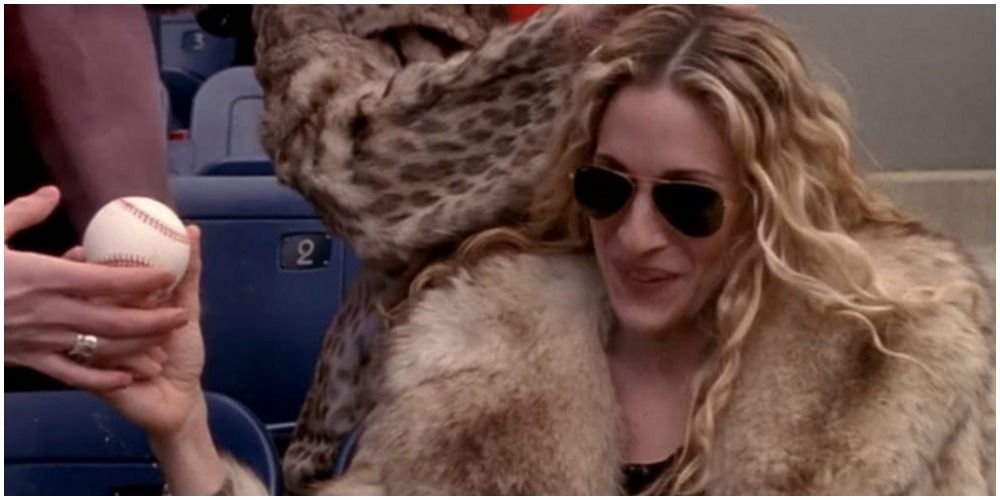 There are those with regulation baseball mitts who’ve played the game since childhood and who go to professional games, yet cannot catch a ball hit into the stands, let alone having one land in the bare manicured hand of a fur coat-clad fashionista in heels who did not have to even stretch that far to end up with the prize.

Miranda – the self-proclaimed biggest Yankee fan – couldn’t even get over the incredulity of it all. It’s right up there with the time sophisticated Samantha, who usually won at life, ran around like a chicken without a head, placing fliers with LIAR over Richard’s face on cars and lamposts. 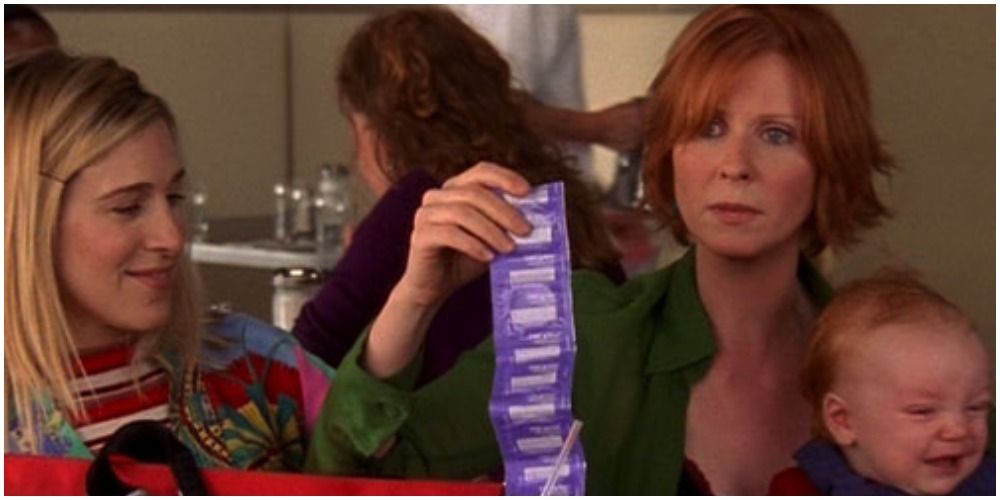 A woman has a baby. Her friends throw her a baby shower, pay visits, and even offer to help, and then leave and go live their lives. In the case of Samantha, Carrie, and Charlotte, they attended Fleet Week, went shopping, had parties in the Hamptons, and got cuts and blowouts at high-end hair salons, while Miranda got to stay home with Brady.

Her friends, though, being who they are, got her back in the game: Samantha gave up a coveted hair appointment for her, Carrie babysat, and fertility-challenged Charlotte reminded her how lucky she was. 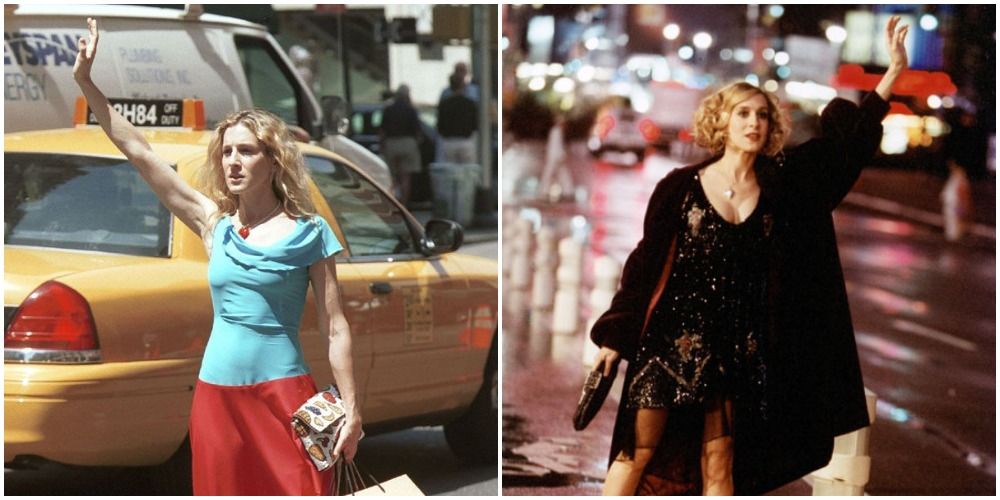 The four friends lived in a pre-Uber world, where yellow taxis were the expensive alternative to New York City bus or subway travel – the former being above ground but slow, and the latter below ground but the fastest way to get where you’re going.

Those who can’t afford a chauffeur but like to pretend hail a cab where the meter starts running even before the driver steps on the gas. Not only was it the only (self-indulgent) mode of transport for Carrie & Co., but the one time Carrie attempted to take the bus, she didn’t even know how much the fare was. 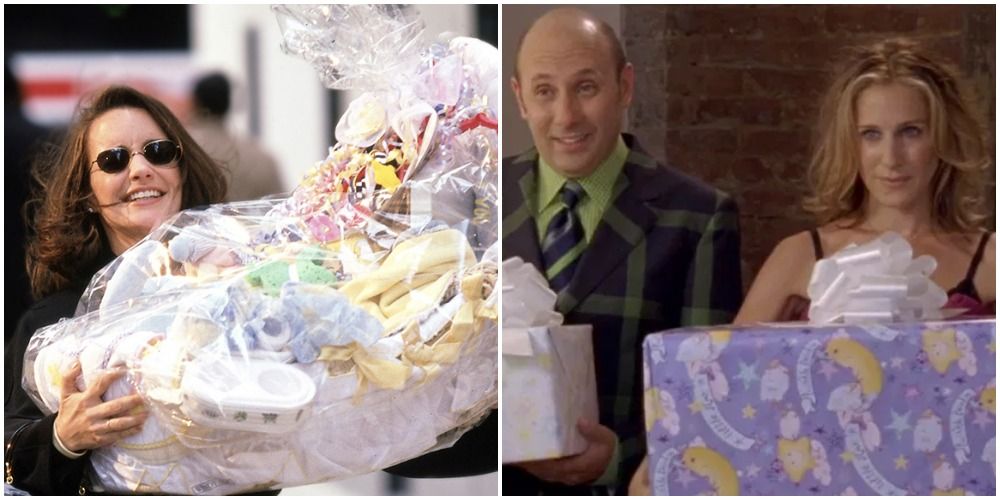 In the episode where someone literally walked off with Carrie’s silver, bejeweled Manolos from the home of her married friend (played by Tatum O’Neal, who refused to reimburse her, as well as shoe shamed her), the single woman recounted to the other ladies how much dough had been already laid out for the choices of O’Neal’s character. There was the bridal shower, the destination wedding, the wedding gift, the baby shower, and subsequent gifts for all of the friend’s three children.

Celebrating the milestones of others can add up, and if your life choices don’t include similar moments, you never get celebrated in return. 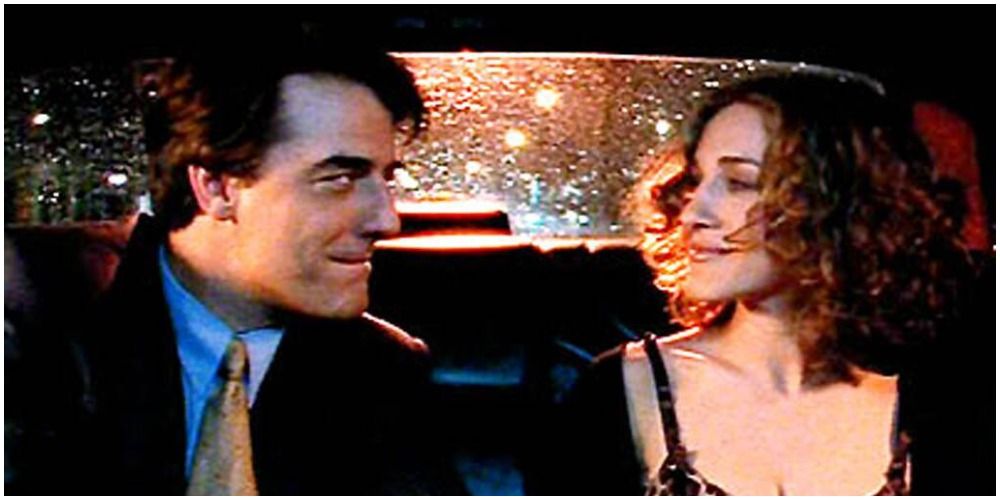 A regular New York career gal is walking down the street after a one-night stand and bumps into a handsome man who knocks her clutch bag to the ground, then does the gentlemanly thing and kneels down to help her pick up the contents of her bag, which includes an accordion-stack of condoms. Their meet-cute continued as she kept bumping into him at clubs and coffee shops.

Although there are millionaires and billionaires in NYC (think Axe on Billions), they’re in tinted-glass limos, at private clubs, and don’t fetch their own coffee. 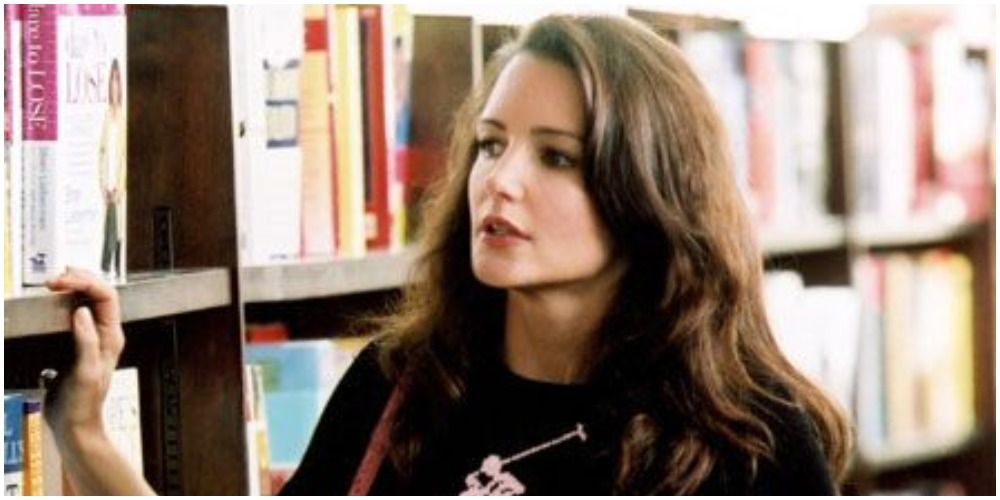 She looked to books, gurus, yoga, tap dancing class, and lest fans forget, proven business strategies, like networking for romantic success, only to meet her first husband by getting hit by a cab, and her second when he helped her get a divorce. 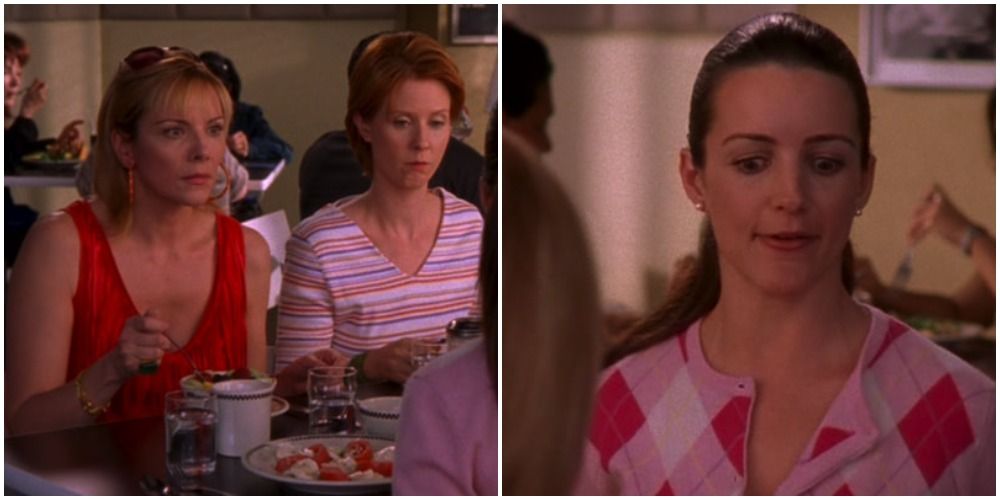 Trey was wealthy and Charlotte had become a doctor’s wife with a Park Avenue address and baby fever. But the baby had yet to be conceived, so stay-at-home-mom was not yet an option. She had been a gallery manager and seemed quite good at it, appearing to have an eye for talent, as well as fulfilled by her career.

It seemed odd that she would give it up for volunteer work as a museum docent, so much so that her three pals tried to talk her out it. Even after the divorce, she never went back to work. Sorry, but in NYC, you are what you do, job-wise. 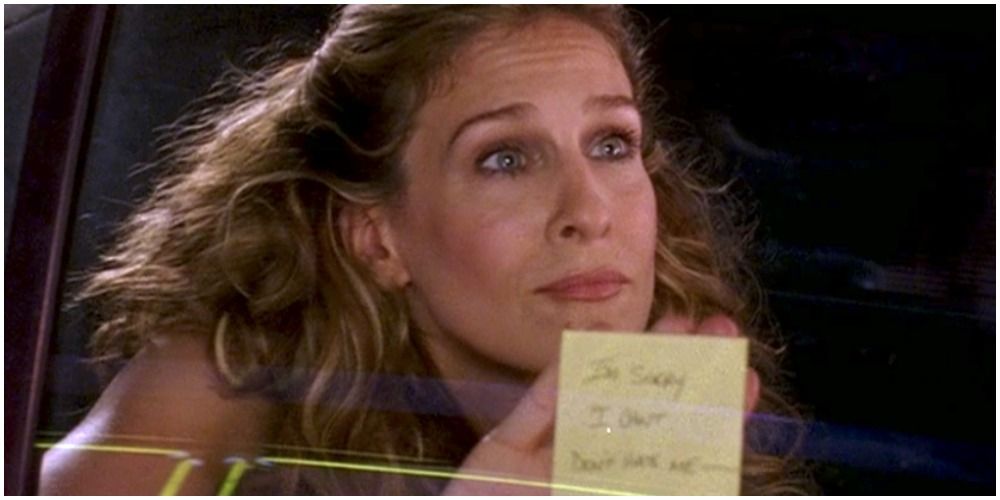 As Paul Simon once sang: “There Must Be 50 Ways To Leave Your Lover.” Ghosting is the most notorious of all. Coming in at a close second is being taken to a restaurant to be told your ex is marrying someone else. Some have a go-between to relay the good-bye news and others behave reprehensively, so you do the breaking up, saving them from looking like the bad guy.

When Berger dumped Carrie via a Post-It Note, there was little outrage, and more knowing head shakes with an eye-roll chaser to convey: yet another guy who couldn’t man-up and say it to someone’s face. 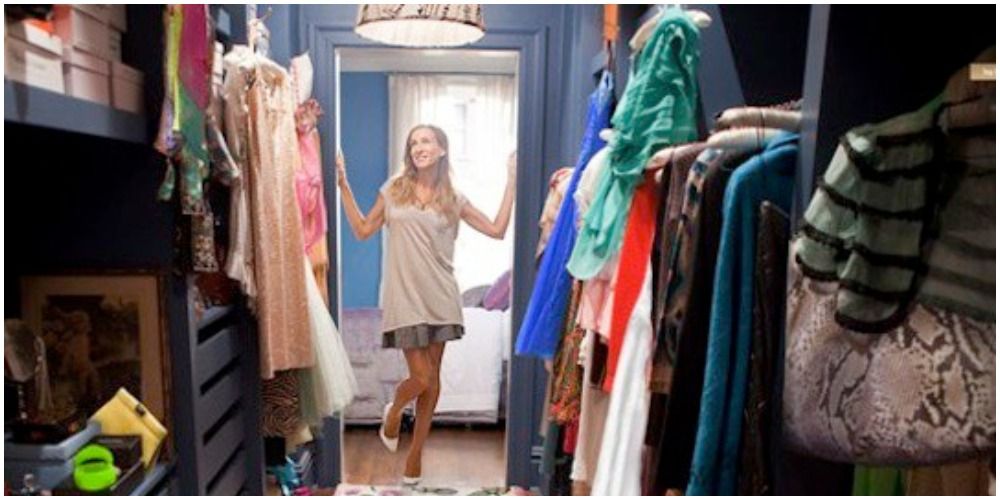 Spacious apartments, like those of Miranda’s Upper West Side two-bedroom co-op, Samantha’s downtown loft, and Charlotte’s palatial Park Avenue home do exist, but the show gave the impression living like this was the norm. Even Carrie’s apartment (a one-bedroom in a brownstone, aka non-doorman building) with its walk-in closet and double-entrance bathroom was too good to be true.

Although it was meant as an insult when the banker kept asking Miranda if her dad or boyfriend was helping with the downpayment, it was actually a fair question. Most people can’t afford NYC without subsidy or a roommate.