Family Guy has had dozens of celebrity cameos over the years, and these are the best of the animated best. 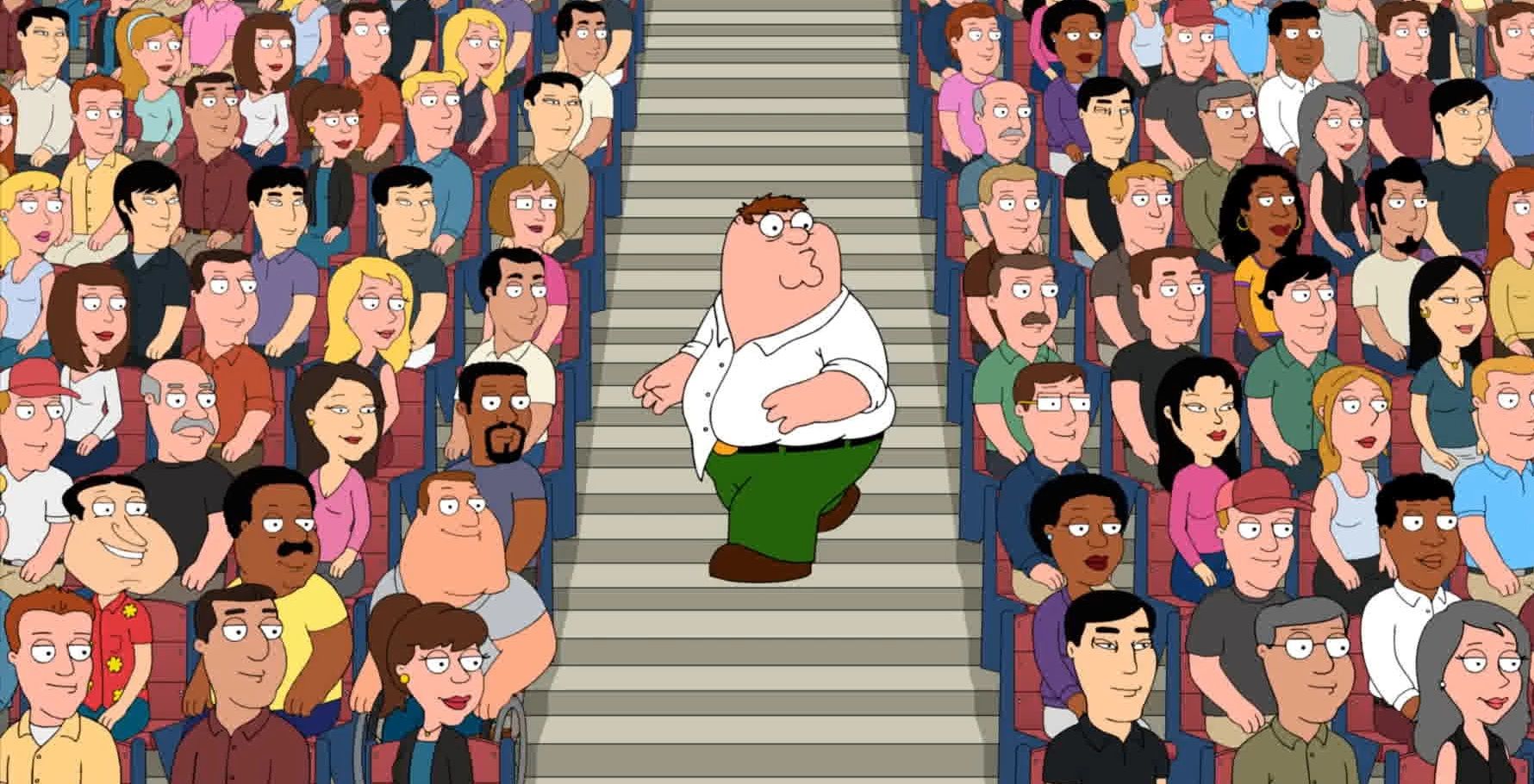 While it got off to a slow start and was initially dismissed as a rip-off of The Simpsons, Family Guy grew into one of the most popular comedies on television when it found a new audience in reruns on Adult Swim and was saved from cancellation by Fox. Along with that success came the chance to book some pretty high-profile guest stars. Family Guy has had dozens of guest stars because its producers have the clout to get the real celebrities to voice themselves, even if it’s just in a brief 30-second cutaway gag. So, there’s plenty to choose from. Here are the 9 Best Family Guy Guest Stars, Ranked.

RELATED: The 5 Best (And 5 Worst) Episodes Of Family Guy 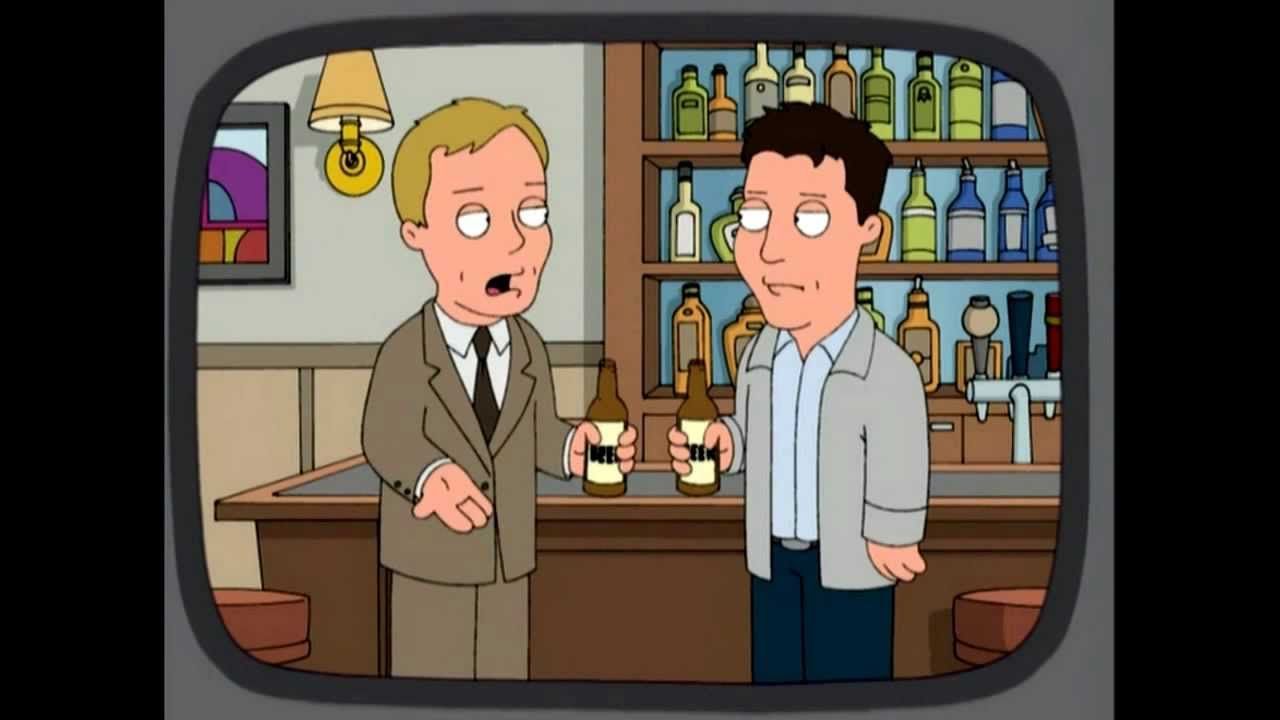 Family Guy rags on How I Met Your Mother a lot, so it shows what a good sport Neil Patrick Harris is that he would guest-star on the show as his HIMYM character Barney Stinson. In this cutaway gag, Barney and Ted reveal their true feelings for each other, before Barney takes out a condom and tells Ted to “suit up.” Harris, along with Josh Radnor and Jason Segel, would later play their HIMYM characters as King Stewie’s jesters in the medieval-set episode “Peter’s Progress.” Stewie is unhappy with their idea of jokes and has them all killed by his archers. 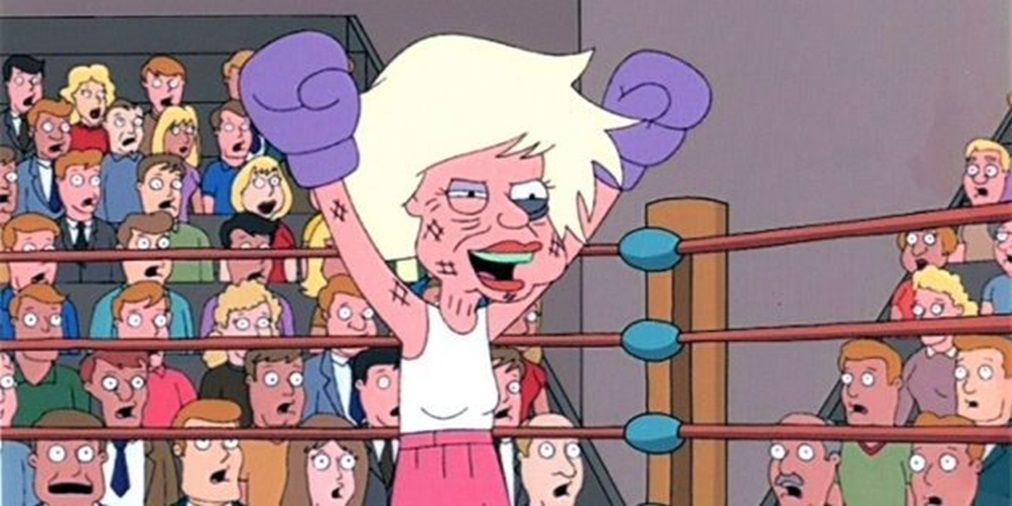 The episode “Patriot Games” is the infamous one in which Stewie repeatedly beats up Brian, asking him, “Where’s my money? Are you gonna give me my money? Where’s my money, man?” The only reason why Brian owed Stewie money in the first place is because he made a $50 bet on Mike Tyson in a celebrity boxing match in which he was fighting actress Carol Channing, who played herself in the episode. Tyson punches her a bunch of times and roughs her up, but she doesn’t go down. The spectators are astounding by it: “She’s gettin’ beat!” “Nah, she’s gettin’ mad!” In the end, she wins the fight. 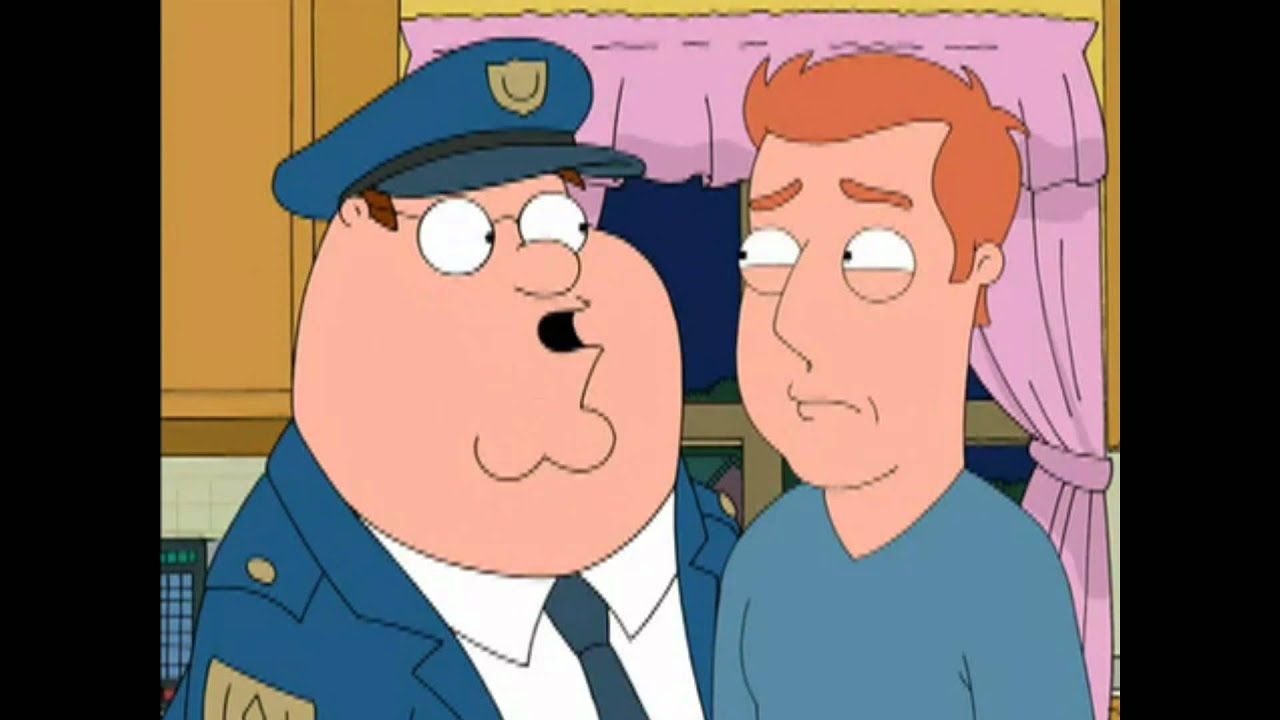 While he was still on his way to the mother of all comebacks, Robert Downey Jr. guest-starred in an episode of Family Guy as Lois’ long-lost brother Patrick. This was back in 2005, three years before Downey would take on the role of Tony Stark and become the biggest star in the world.

RELATED: 11 Shows To Watch If You Like Family Guy

The actor apparently called the producers and asked to be included in an episode, because his son was a big fan of the show. So, they wrote the role of Patrick in “The Fat Guy Strangler” for him and, according to Seth MacFarlane, he brought “[a] very kind of half crazy, and maybe just eccentric personality to that character that really worked out great.”

Drew Barrymore made a few appearances as Brian’s dim-witted girlfriend Jillian Russell throughout the fifth season of Family Guy and she always played her stupidity with an optimism and gleefulness in her voice. On a DVD commentary, the fact that the producers got Barrymore to not only appear in the show, but play a recurring character, was described as “a big thing for Family Guy.” It was a shame when Brian broke up with Jillian and she was written out of the show, and a great relief when she came back, as she’s one of the funniest supporting characters in all of Family Guy. 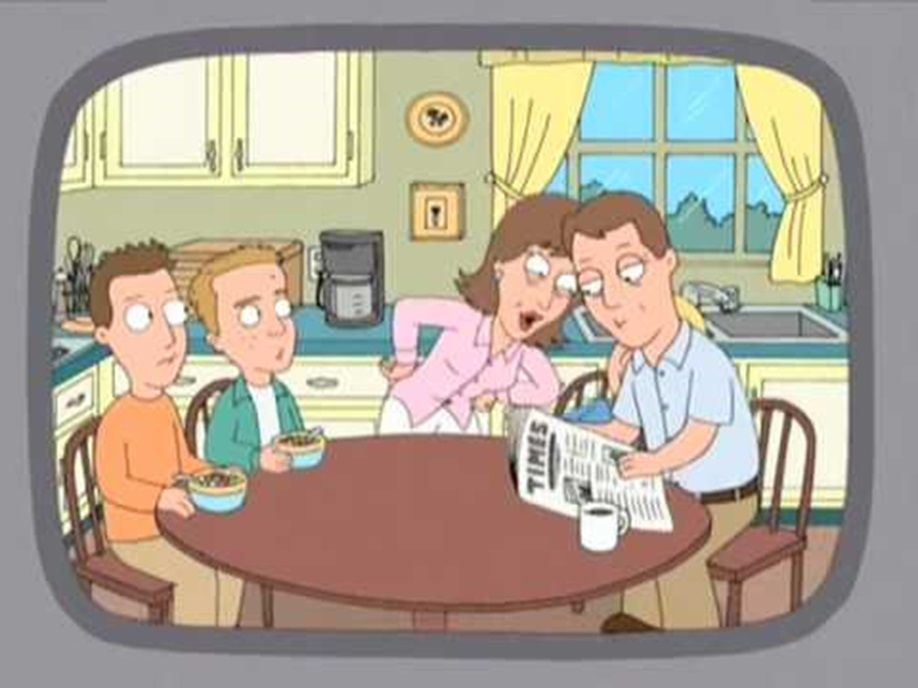 Long before he became one of the most celebrated actors in the world with the role of Walter White in Breaking Bad, Bryan Cranston was best known for playing Hal in the family sitcom Malcolm in the Middle. Cranston reprised the role in Family Guy. Hal and his kids are getting aggressively nagged by the mom, Lois, and when Hal has eventually had enough, he rips off the refrigerator door and uses it to kill her. Then he rejoices with the kids that they’re finally free and walks out into the street. The best pop culture references in Family Guy take something lighthearted like Malcolm in the Middle and make them dark. 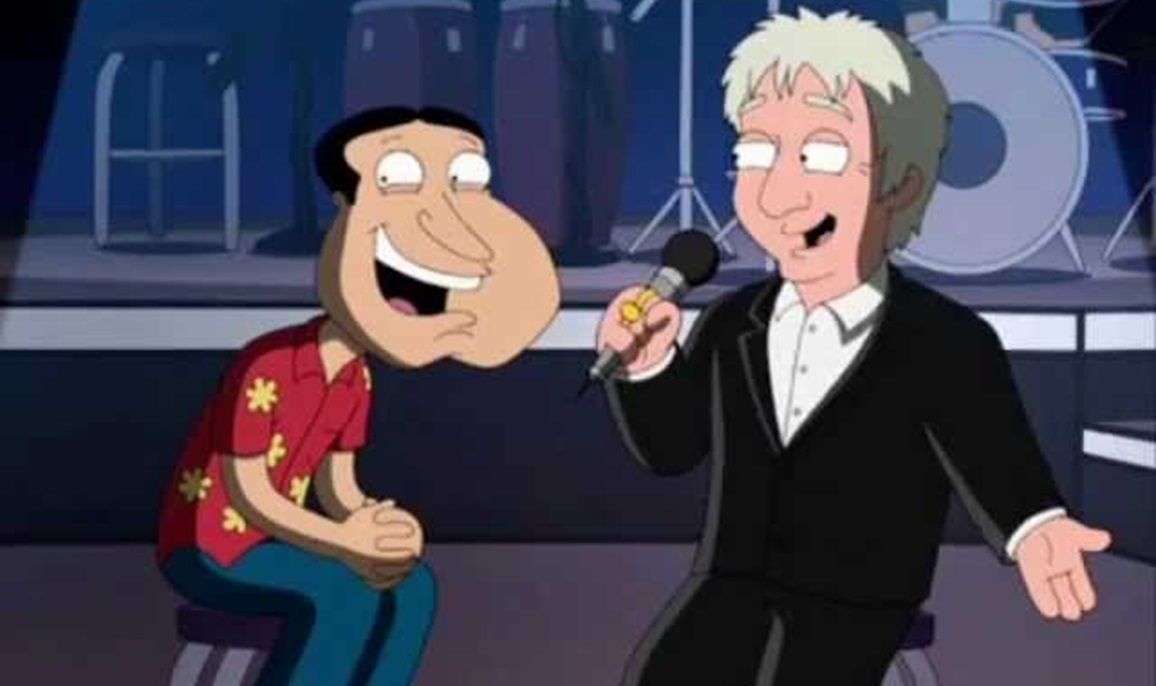 When Peter and the guys first hear that Barry Manilow will be performing at the Quahog Performing Arts Center, they scoff at the idea. They all claim to hate his music and think his fans are idiots. But then they name a couple of his songs that “you can’t hate.” And then it comes out that they all absolutely love him.

“Oh my God, he’s the best! I have everything he’s ever recorded!” “Me too! In my car!” “We have to go to that concert.” At the concert, Quagmire is invited up on stage where Manilow replaces the name “Mandy” with “Quagmire.” 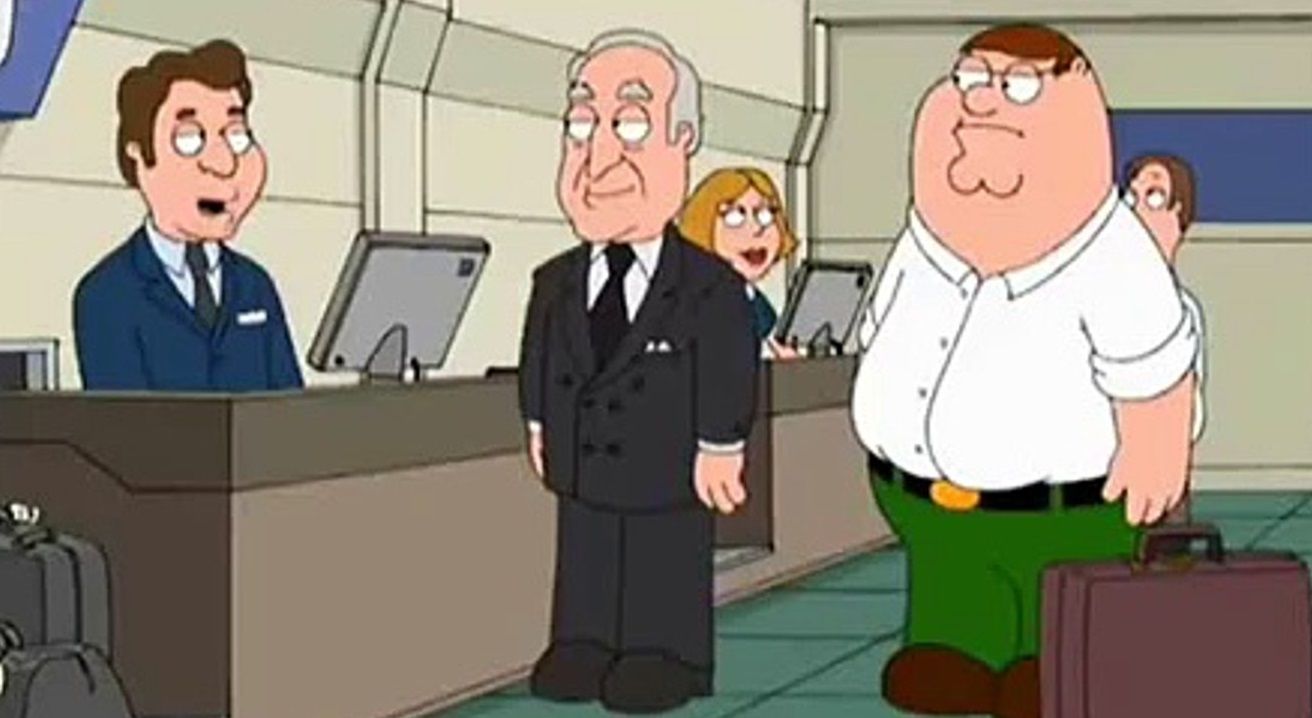 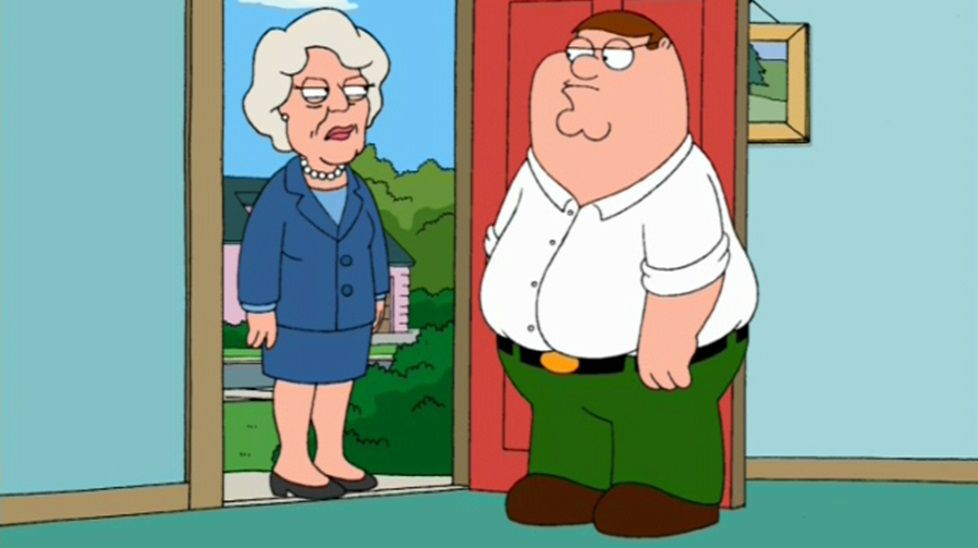 James Woods had previously played himself in The Simpsons, but he didn’t ruthlessly poke fun of everything he’s infamous for – his relative obscurity, his predatory sex drive, how difficult he is to work with etc. – until his recurring appearances on Family Guy. He stole Peter’s identity in “Back to the Woods,” he hosted the dinner party where all the murders happened in “And Then There Were Fewer,” he ruined Brian’s TV pilot in “Brian Griffin’s House of Payne,” he crushed Tom Tucker’s dreams in “Tom Tucker: The Man and His Dream,” and he can always be defeated by being led along a trail of candy into a trap. 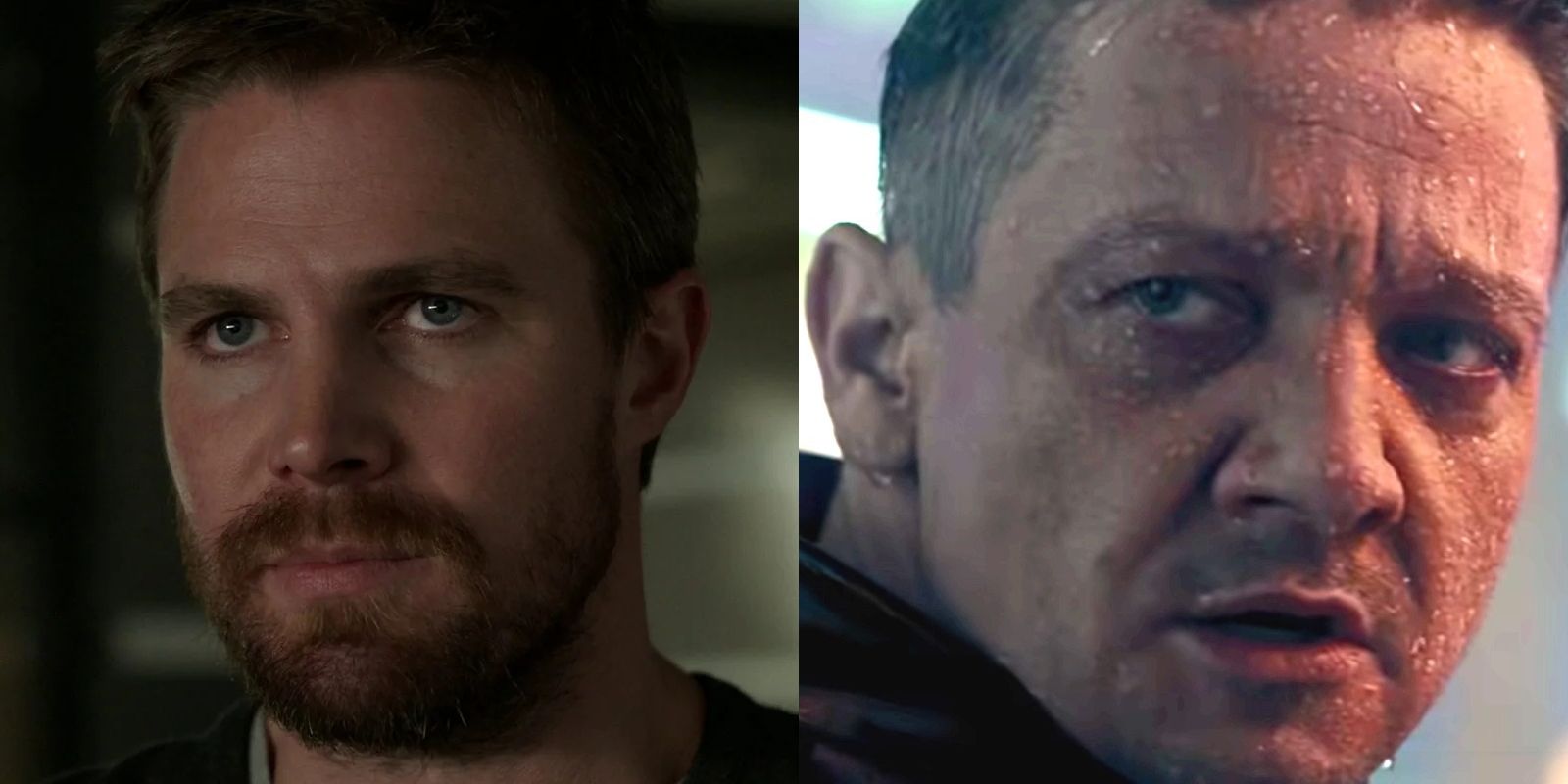 Ben Sherlock is a writer, comedian, and independent filmmaker. He writes lists for Screen Rant and features and reviews for Game Rant, covering Mando, Melville, Mad Max, and more. He’s currently in pre-production on his first feature, and has been for a while because filmmaking is expensive. In the meantime, he’s sitting on a mountain of unproduced screenplays. Previously, he wrote for Taste of Cinema, Comic Book Resources, and BabbleTop. You can catch him performing standup at odd pubs around the UK that will give him stage time.