90 Day Fiancé star Larissa Lima is over American men after her failed relationships with Colt Johnson & Eric Nichols. Check out what Larissa said.

You Are Reading :90 Day Fiancé Larissa Posts Hilarious Rant About Her American Dates 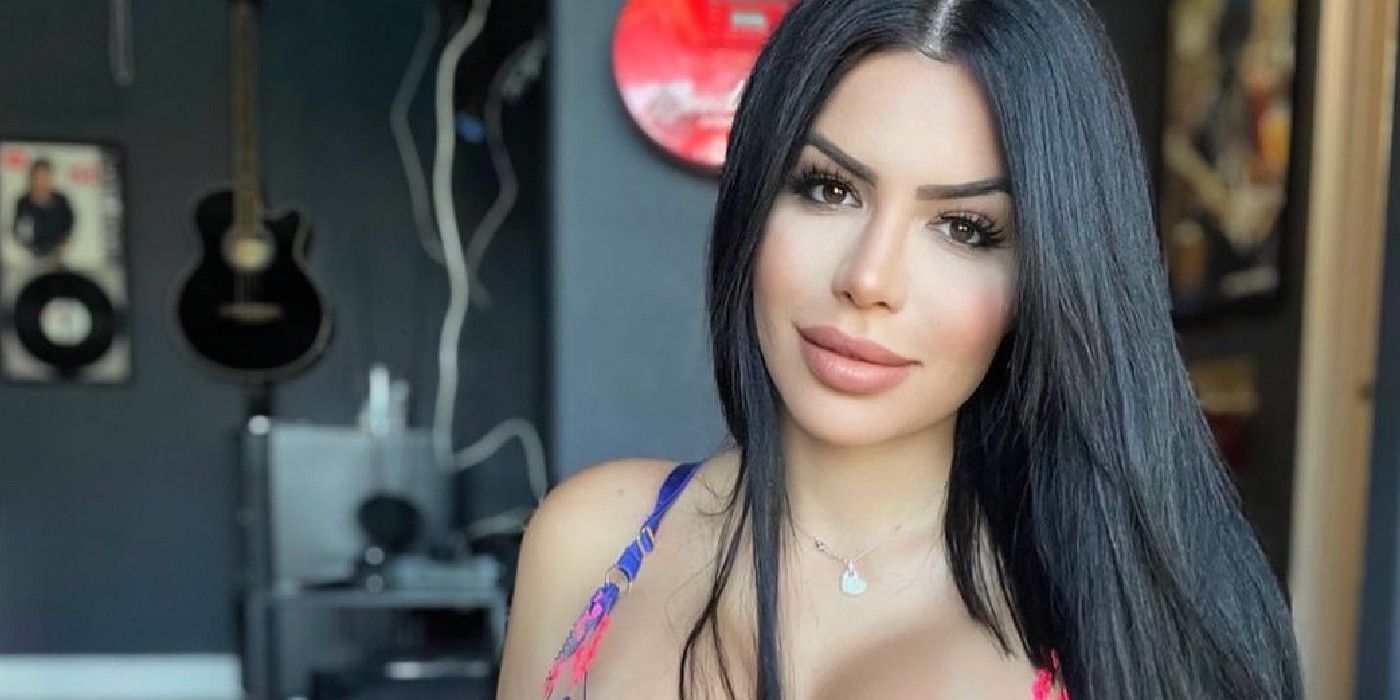 Former 90 Day Fiancé cast member Larissa Dos Santos Lima posted a hilarious rant about why it’s so hard for her to find love again after failed relationships with Colt Johnson and Eric Nichols. Brazilian beauty Larissa was in a tumultuous relationship with Colt on 90 Day Fiancé season 6 that led to scary fights and even unfortunate arrests. On 90 Day Fiancé: Happily Ever After? season 5, Larissa was with her Tinder match Eric, with whom she now co-parents her kids a.k.a. cats Mapa and Chanel. However, as Larissa gains massive popularity after her plastic surgery makeover and exit from TLC, she’s still not been able to meet an ideal American man.

34-year-old Larissa had recently moved to Colorado, but she is now back to Las Vegas where her 90 Day Fiancé journey first began. While her recent 1500 CC implants have kept her in the press, there have also been various reports about Larissa deciding to remove her tattoos. Nonetheless, starting over has been a huge task for Larissa as she came clean about not wanting to date American men. According to Larissa, these kinds of men only want to date very young women over someone who is “hard-working, nerd, beautiful, sexy, and funny” like her. Moreover, Larissa admitted that while she is a homebody who loves to play video games and stay low-key, the men she’s come across only like girls that “party, get drunk, and go crazy.”

On the other hand, it appears that Larissa’s honest confession about American men didn’t satisfy her fans’ curiosity about why the 90 Day Fiancé celeb is still single. Recently, Larissa shared a hilarious Instagram story that was later reposted by blogger John Yates (included below). In it, Larissa detailed the struggles she faces while navigating the Las Vegas dating scene. “I’ve seen more and more women here in the USA in the same age group as me making a living for her and family completely alone,” Larissa observed. Larissa declared that she’s been trying the dating scene in Las Vegas but it has grossed her out. “Men aren’t willing to go to Chipotle EVEN [if] you clearly tell them you will PAY yours.” She added that people may think that it’s because of Larissa’s bold photos that this is happening, but she claimed that she’s “a SAINT in Las Vegas.”

Larissa has met men with strange fetishes, but she didn’t address them, as it is not her place to do so. Alas, she did admit, “it’s just sad how this generation of men turned out!” Larrisa also made sure to add a 90 Day Fiancé reference when she wrote, “Now I understand [why] people go to other countries to marry.” Apparently, once a woman is over 30 in Las Vegas, she is deemed too old for men to date. “Daily I get reports on my Instagram from my friends that say the same,” But Larissa did pacify her supporters when she penned, “I’m still making money don’t be happy for my rating [sic] thinking I’m sad.”

Although Larissa wasn’t a fan-favorite when she starred on 90 Day Fiancé, this new version of Ms. Lima is highly appealing to fans. From her “biggie” sense of humor to being honest about her surgeries and addressing the dating struggles of a 30-something, Larissa’s truth bombs have received praise. Fans think that Larissa is speaking nothing but facts in her latest update, however funny it may be. However, some do believe that if Larissa wants everlasting love, she should move out of “Sin City.”