A FanFavorite Green Lantern Just Got a Cyborg PowerUp

A Fan-Favorite Green Lantern Just Got a Cyborg Power-Up

Green Lantern Simon Baz has gained a cyborg upgrade after losing his ring, but his new weapon signifies a huge step backward for Simon as a hero.

You Are Reading :A FanFavorite Green Lantern Just Got a Cyborg PowerUp 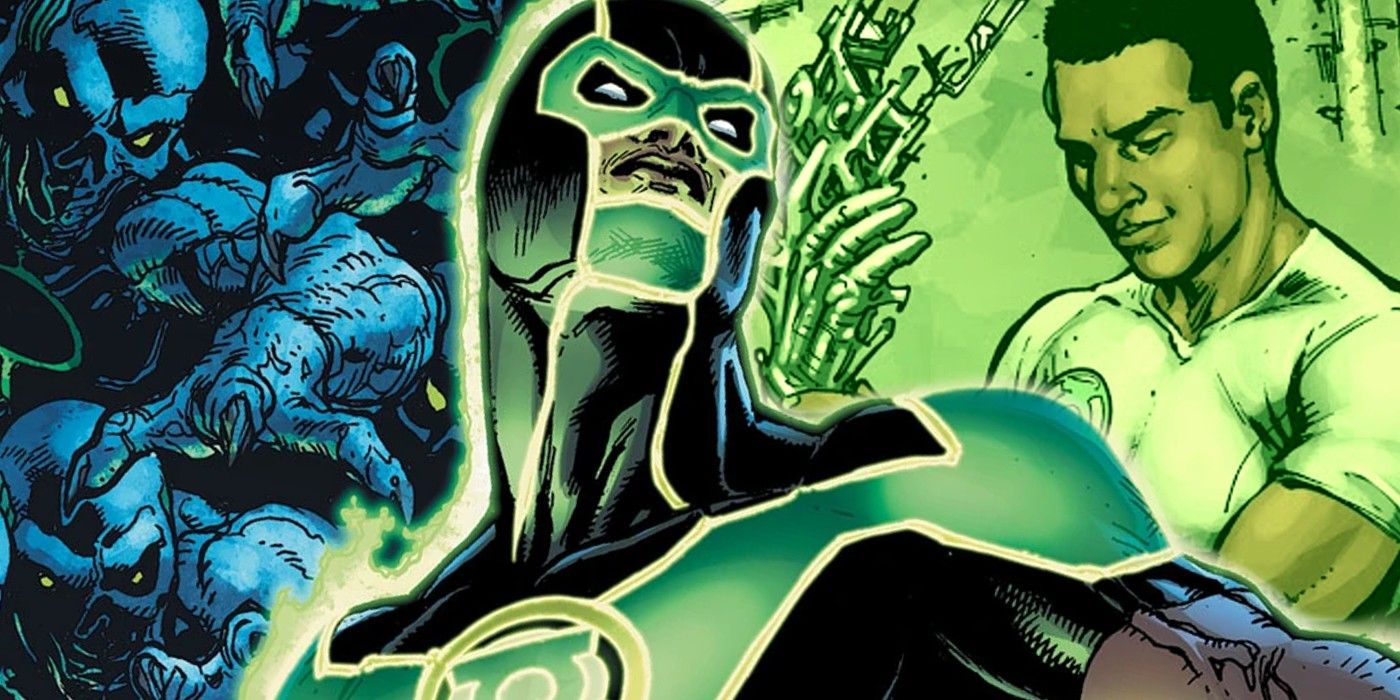 A fan-favorite Green Lantern has just gotten an upgrade the Justice League’s Cyborg would be proud of. The latest Green Lantern series, from Geoffrey Thorne, Marco Santucci, and Dexter Soy, has kicked off a devastating new status quo. The Green Lantern Corps has been destroyed, with the Power Core sabotaged and exploding in a flare of cosmic energy that ravaged the entire planet of Oa. Only three Green Lanterns have retained their powers; those whose rings functioned differently and did not connect to the Power Core.

This happened on what should have been a great day for the Green Lantern Corps, because Oa was joining the United Planets, and the Green Lanterns were about to begin carving out a new role for themselves in the cosmos. But all those plans have turned to ashes, and the Green Lanterns have no idea why this happened – they have clearly been targeted by an enemy of some kind, but they have no idea who or even how. It’s reasonable to assume the assassination of one of the Guardians of the Universe, Koyos, was part of this somehow, as his body was consigned to the Power Core in a funeral ceremony shortly before it was destroyed.

But Green Lantern #3 reveals Simon Baz of Earth doesn’t intend to remain powerless. He was injured during the explosion of the Power Core, and his left arm has been replaced with advanced cybernetics by the United Planets’ best doctors. What’s more, Simon has requested a power-up, having a powerful energy weapon installed in the arm, meaning he can summon a gun whenever he needs to. 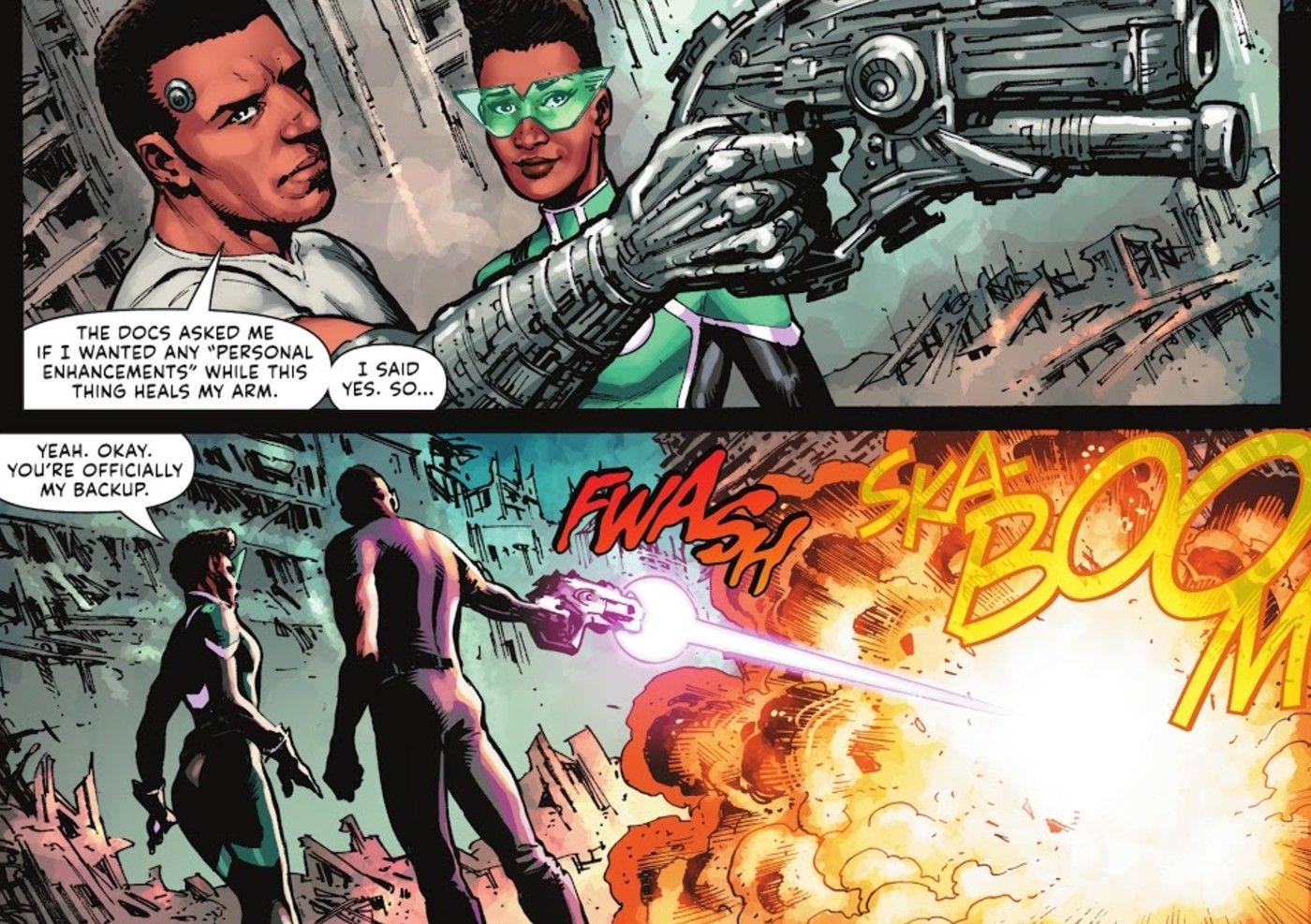 It may seem like nothing more than a cool moment, and no doubt this gun will come in handy, but in character terms it’s quite heartbreaking. When Simon Baz became a Green Lantern, he struggled to trust his Power Ring, and for a time he insisted on keeping a gun with him. In Green Lanterns #17, Batman forced Simon to admit he carried a gun because he was afraid he was not good enough to use the ring, and in the end he turned it over to Commissioner Gordon. In doing so, he earned Batman’s respect. “I don’t like Green Lanterns, traditionally speaking,” Batman told Simon. “Hal is a glory hound. Unpredictable. Guy is… an idiot. You… I can work with you.”

But now the day Simon Baz most feared has come, and he has reverted to old habits, taking up a gun once again. It’s a tragic twist for the character, signifying just how much he has lost with the Green Lantern Corps destroyed. Hopefully, Simon Baz will one day reactivate his Power Ring and become a Green Lantern once again. Teen Lantern Keli Quintela’s strange gauntlet was not connected to the Power Core – her powers allowing her to save Simon’s life, if not his arm – meaning there is another potential energy source out there. But while Simon Baz may no longer have the power of a Green Lantern, it’s clear he intends to keep fighting the good fight, albeit with a weapon fans thought he had grown beyond.