Agents Of S.H.I.E.L.D.: 10 Things That Need To Happen Before It Ends

From dropped storylines to missing characters, there are a lot of things Agents Of S.H.I.E.L.D. needs to address before it ends with season seven.

You Are Reading :Agents Of SHIELD 10 Things That Need To Happen Before It Ends 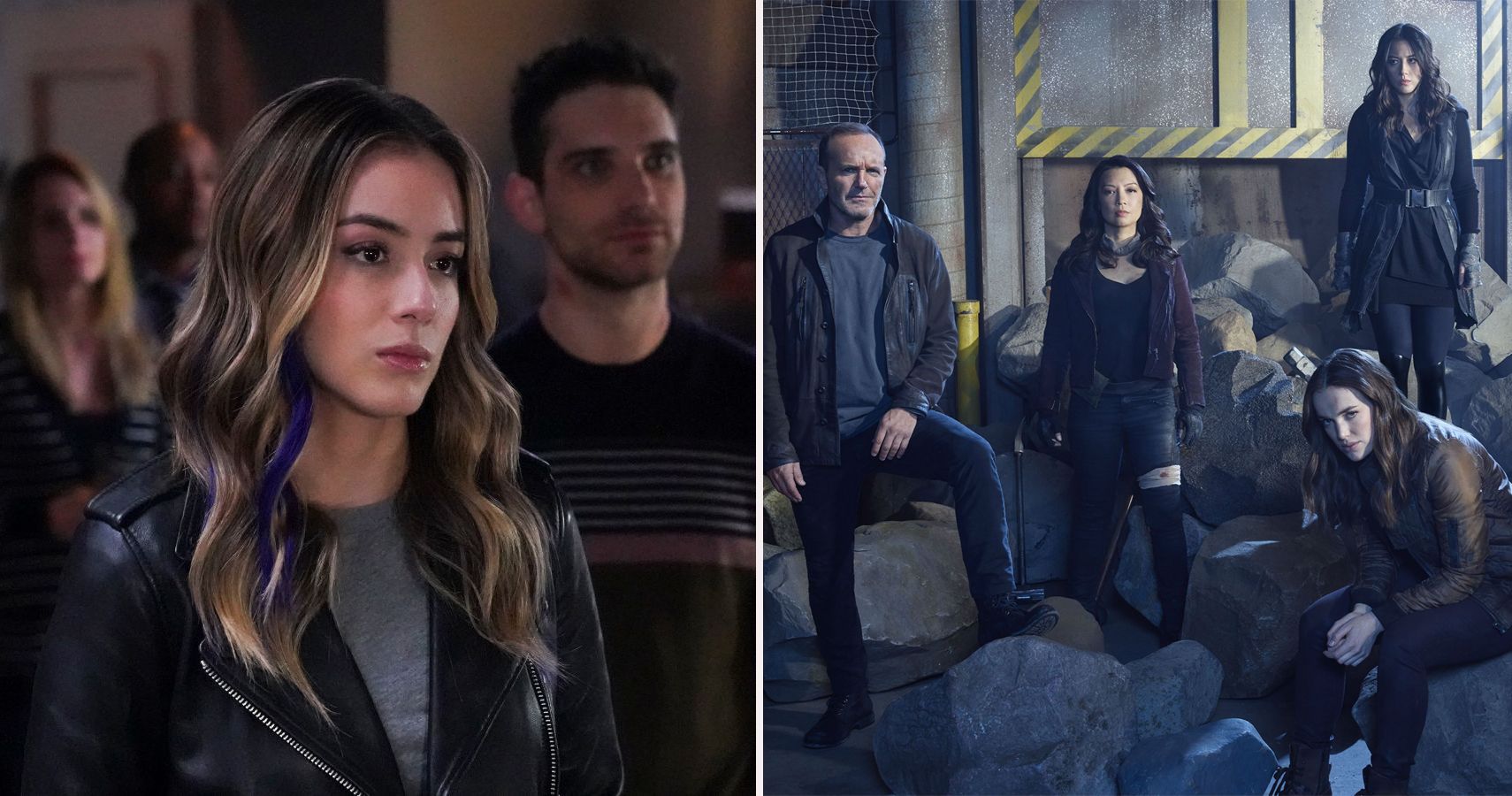 As the Agents Of S.H.I.E.L.D. cast headed to their first Hall H panel at San Diego Comic Con, the news broke that 2020’s season seven will be the last for the series. The show was the Marvel Cinematic Universe TV flagship series. It’s outlasted all of the Netflix shows that came after it, and even lasted beyond Agent Carter and Inhumans on its network home of ABC.

Currently airing its sixth season, the show has been through a lot. Agents Of S.H.I.E.L.D. began as a way to bring Phil Coulson back to fans of the movies. The plan was to use Coulson’s team to tell smaller stories than what the MCU showed on the big screen. Over the years, however, the agents at the heart of the story discovered Inhumans, fought with the Kree, time-traveled to a destroyed Earth in the future, and went cosmic with their own spaceship. Agents Of S.H.I.E.L.D. has certainly grown beyond its roots of simply connecting to The Avengers.

Six seasons means a whole lot of storytelling though, and there are a lot of things fans need to see happen before that S.H.I.E.L.D. logo covers the screen for the last time.

10 Closure For Some Former Allies (And Enemies) 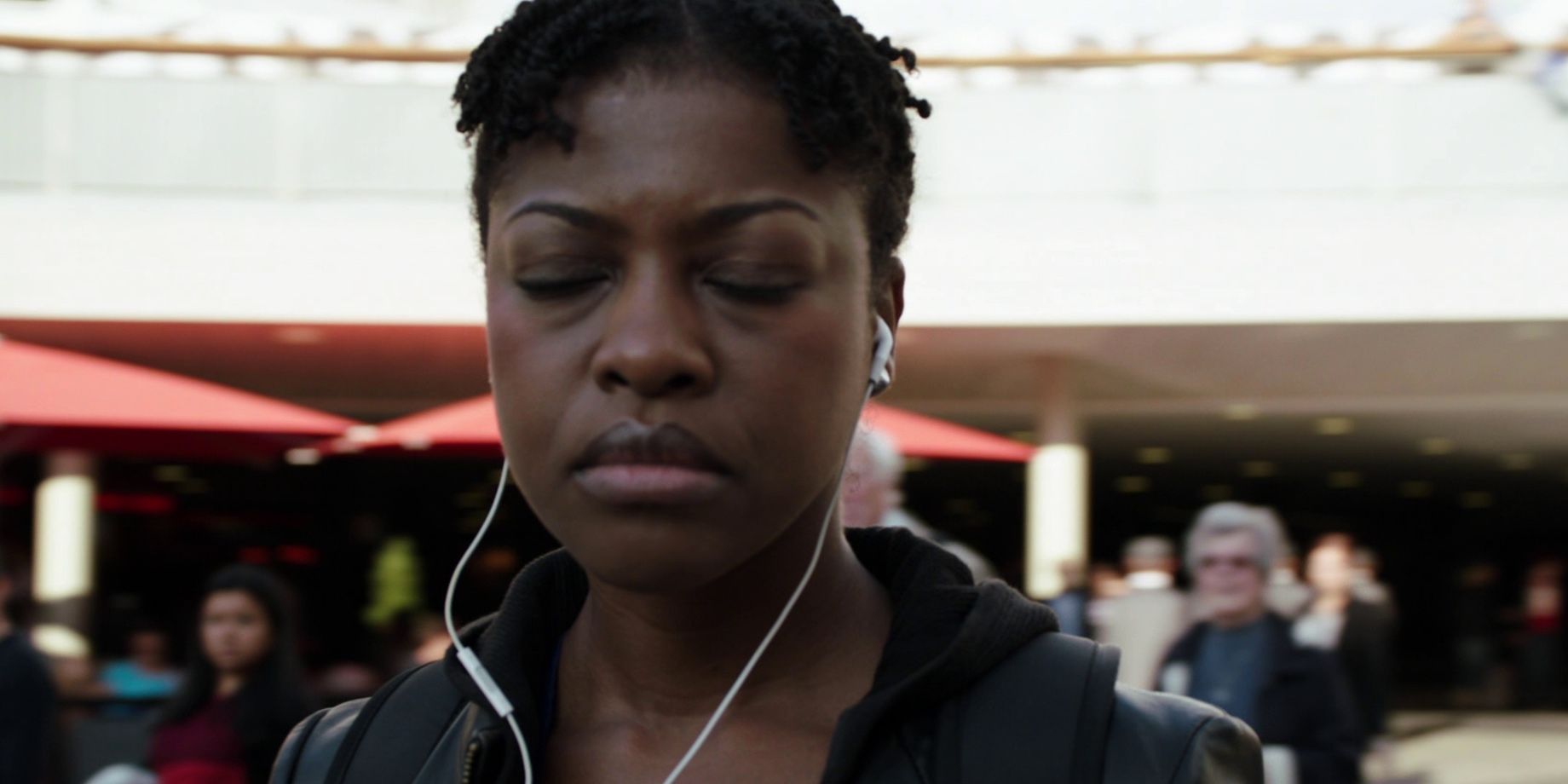 Over the years, Agents Of S.H.I.E.L.D. brought a lot of former enemies to the side of the good guys. A lot of allies also turned out to be enemies. Many of those characters are still in the wind with storyline potential to spare.

Donnie Gill was last seen icing over and sinking to the bottom of the ocean. Fans have wondered since season two if his powers might have saved him. Felix Blake was a former S.H.I.E.L.D. agent leading the Watchdogs in season three, but he was never caught. Akela Amador was brought into S.H.I.E.L.D. custody for a hearing in season one after being forced to work for Hydra. Then, the Hydra takeover occurred with no word on what happened to her.

Closure for as many of these characters as possible is a must. Considering season seven is only 13 episodes, however, even one of them would be good. 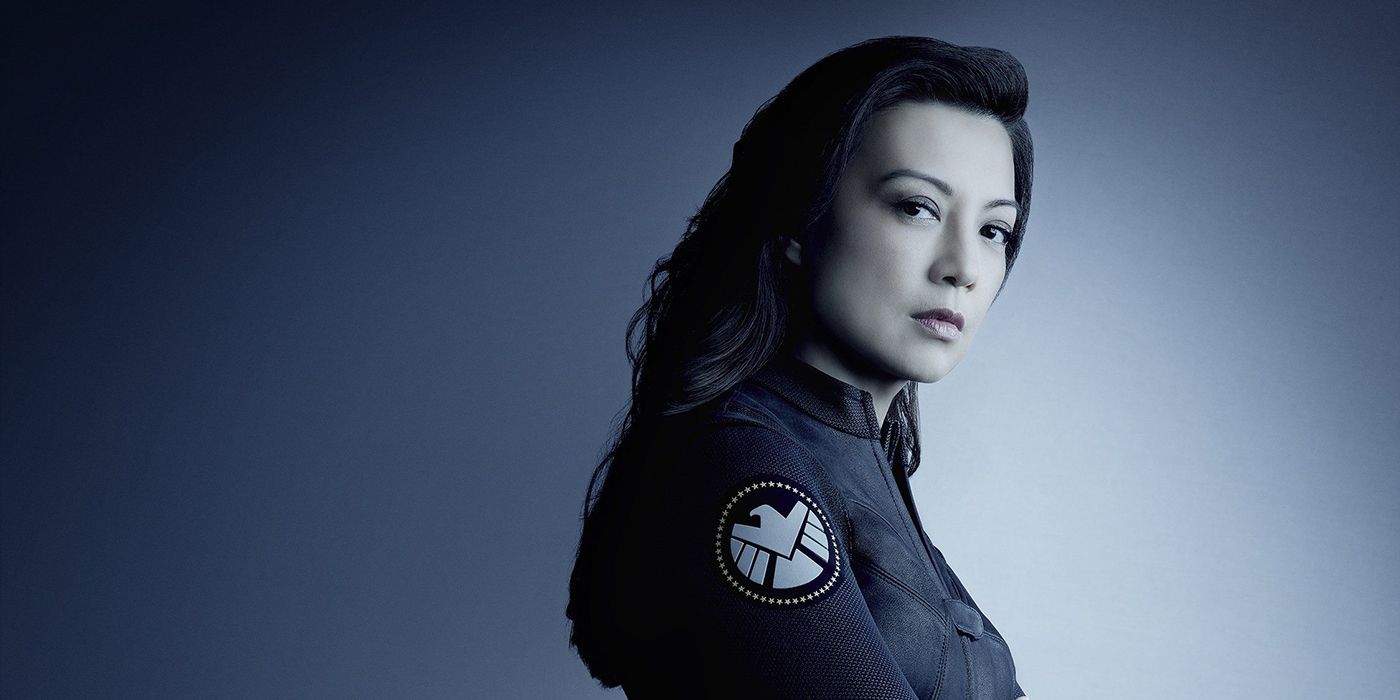 When the series began, Agent May spent her time behind a desk because being in the field brought back memories of a horrible mission. She’s dealt with her guilt and her grief by training agents and “driving the bus.” After seven years as Coulson’s, and then Mack’s, right hand, she deserves to leave the field on her own terms.

Every mission seems to add a little more weight to her words. With the show setting her up as the one who trained the new generation on the show (Daisy, Elena, Piper, etc.), May retiring from field work would be the next logical step in her career. She could even teach permanently. 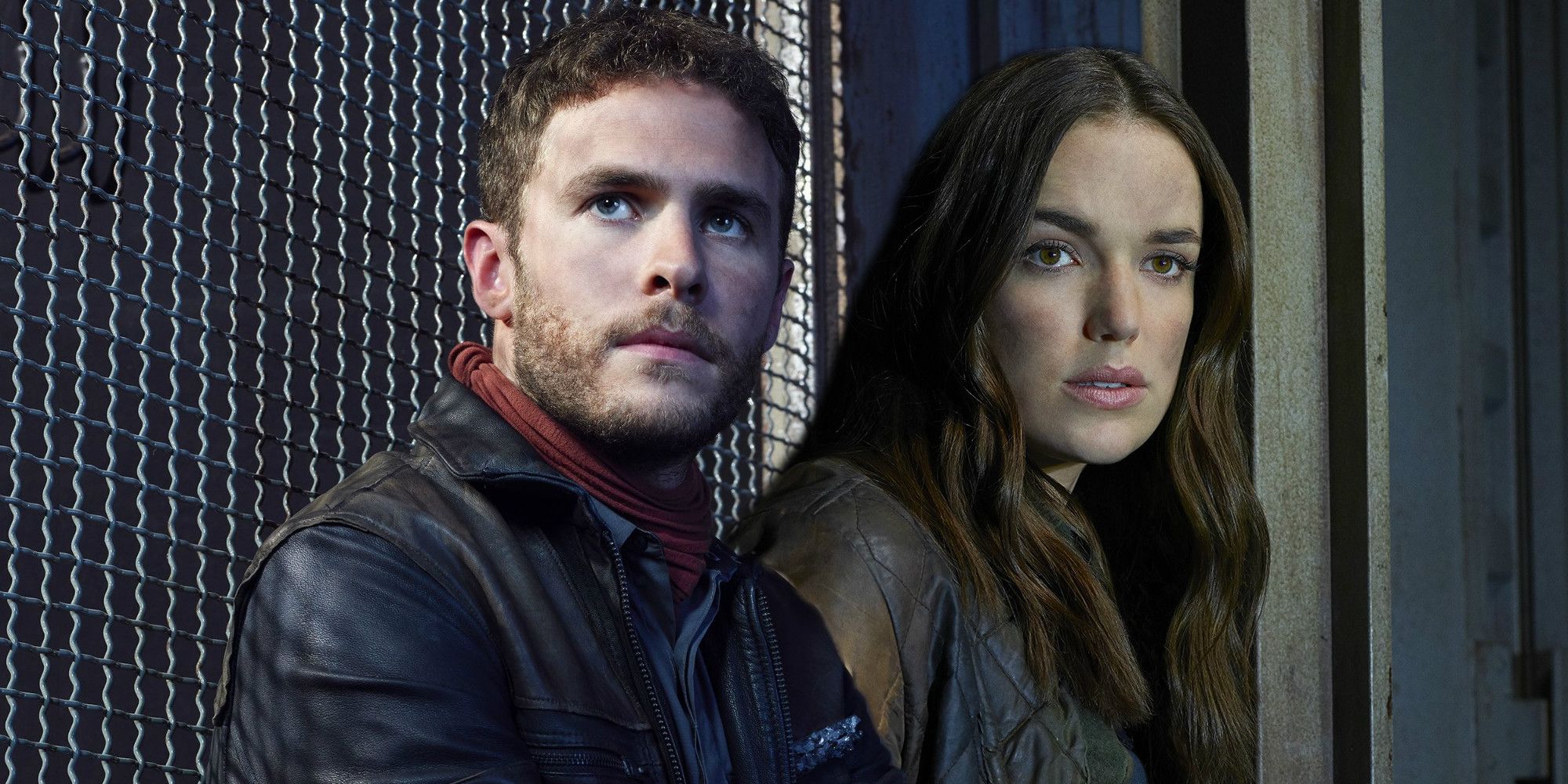 The idea of May as a teacher brings us to another must for the show. The Academy used to be how S.H.I.E.L.D. trained their agents. Divided into Science & Technology, Operations, and Communications, the organization had their own college-like structure to prepare prospective agents for a career. It fell in season one when Hydra attacked. The Academy hasn’t been rebuilt since.

Instead, S.H.I.E.L.D. has continually scrambled to find assets and former agents around the world who weren’t Hydra and didn’t wind up working for the highest paycheck. Season six showed Mack’s interest in starting the Academy again. He even has its flag in his office. If the show doesn’t reestablish the Academy, or a similar training route, by the time it ends, eventually S.H.I.E.L.D. won’t have any agents left.

7 The Return Of Bobbi Morse 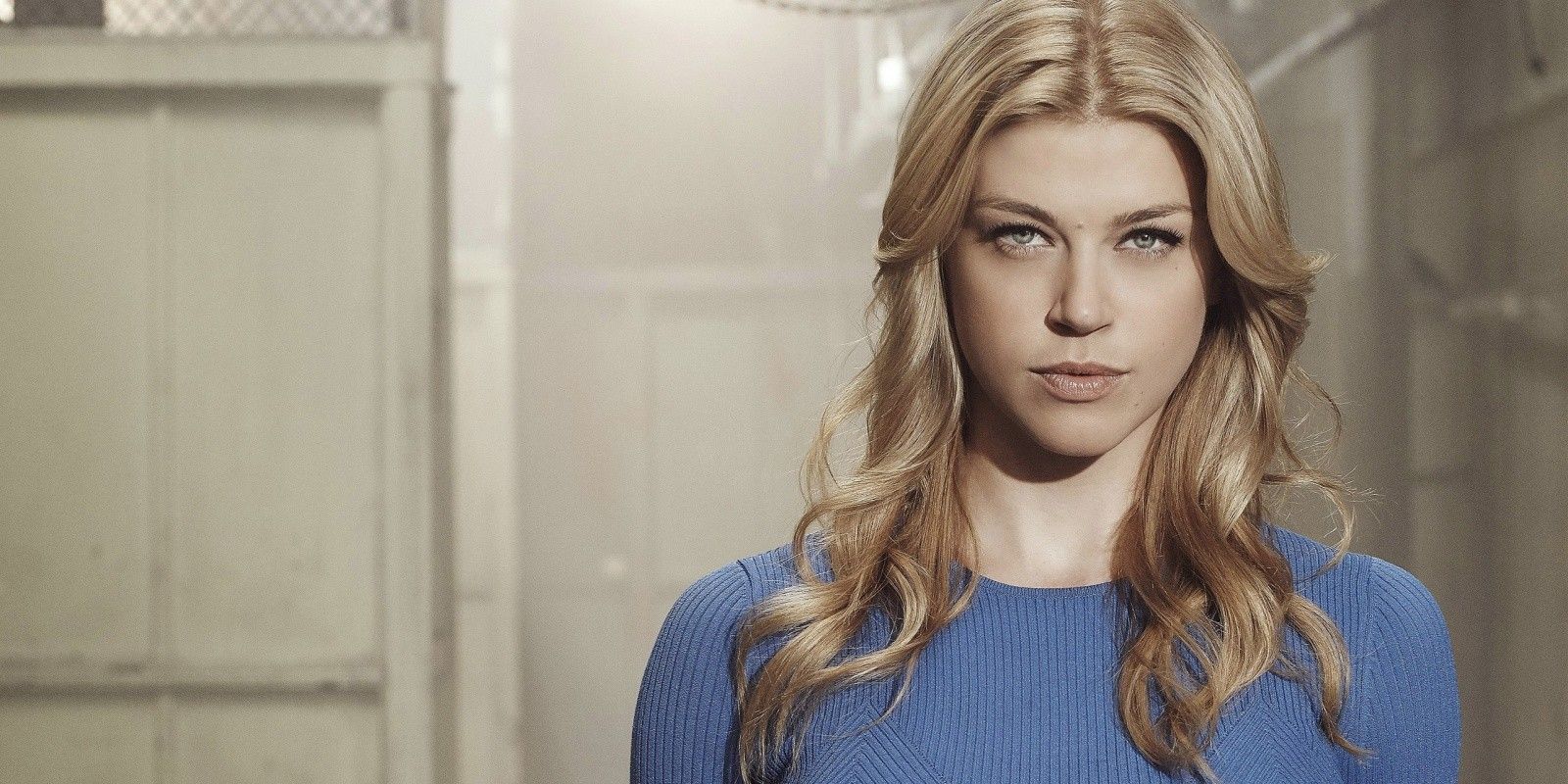 Bobbi Morse and ex-husband Lance Hunter left S.H.I.E.L.D. behind when they were disavowed for a mission in Russia way back in season three. The two characters were supposed to be the centerpiece for a spinoff series called Marvel’s Most Wanted, but it never made it to air. Hunter reappeared to help Fitz break out of a military prison in season five, but Bobbi hasn’t been seen since.

Mockingbird is an incredibly popular comic book character. There was so much excitement for her on the show that fans are not happy having no idea what she’s up to. It’s hard to imagine these two wouldn’t at least attempt to contact their old friends and help save the world one last time – Bobbi, who was supposed to be the best of S.H.I.E.L.D. spies, especially.

6 Disbanding The Army Of Daisys 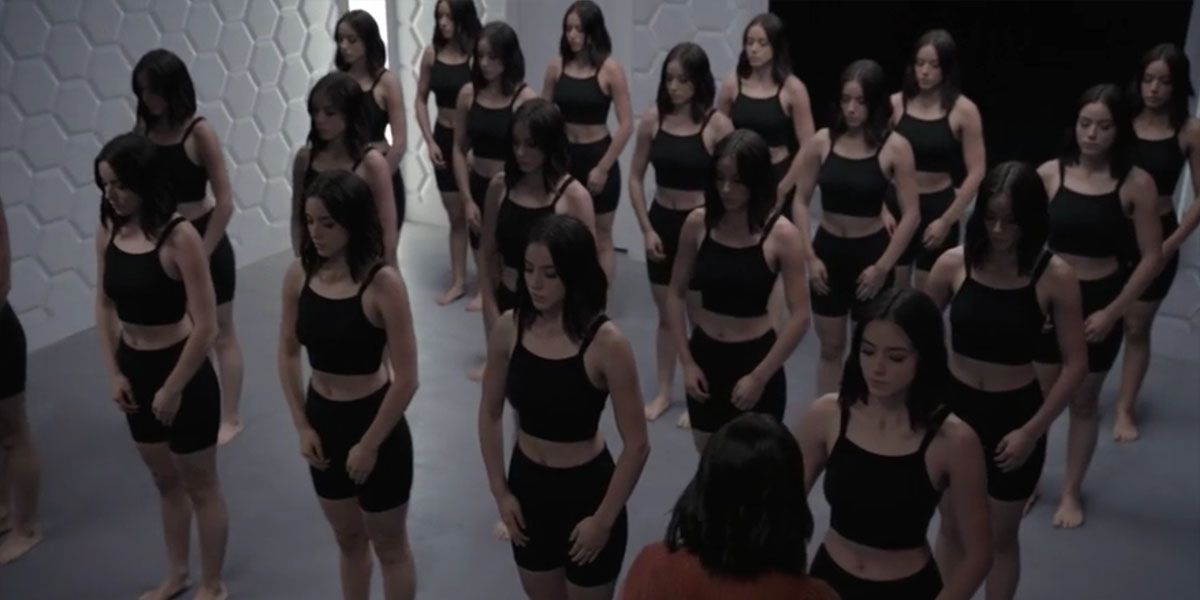 In season four, AIDA, a robotic artificial intelligence, found a way to make herself a real, live human. Before that though, she also created her own army of Life Model Decoys that replicated all of the S.H.I.E.L.D. agents she knew of. One in particular had an entire army.

AIDA made a whole lot of imitation Daisy Johnsons and had them locked away when things went south on the S.H.I.E.L.D. base. While the audience saw the LMDs of Coulson and May meet their ends, we never saw what happened to all of those Daisies. Does S.H.I.E.L.D. have them in storage? Are they out in the world? The audience should get to find out.

5 The Opening Of Vijay Nadeer’s Cocoon 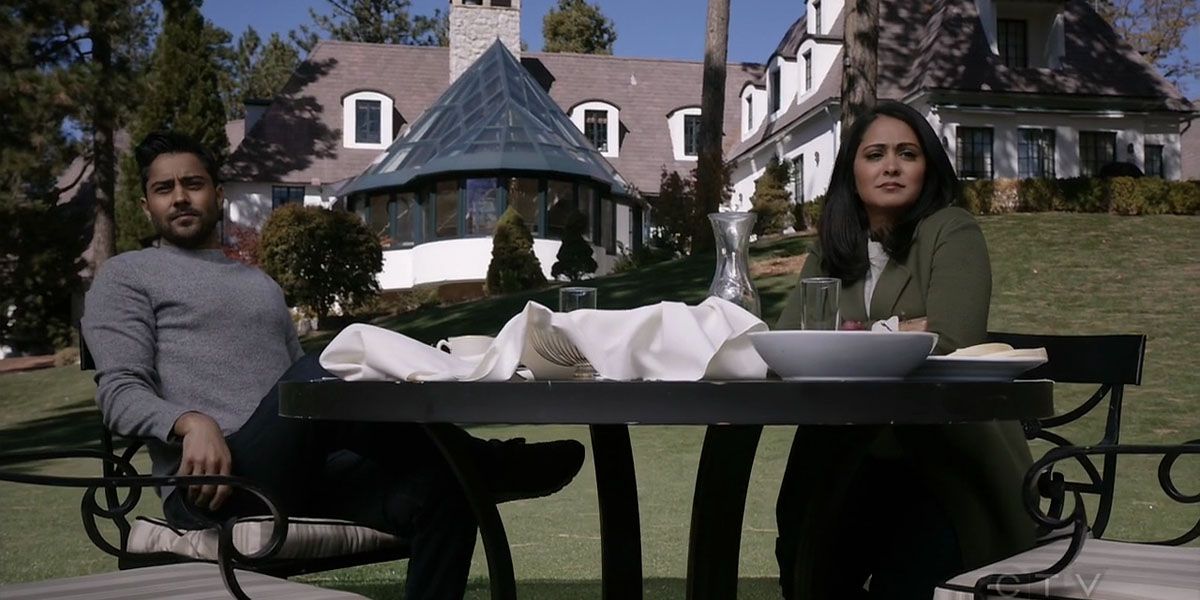 When the show was busily focusing on Inhumans, it introduced a recent Inhuman named Vijay Nadeer. He was cocooned after being exposed to terrigen for longer than average. During his storyline, he ended up going through a second round of terrigenesis, trapped in his own cocoon.

Last the audience saw Vijay, he was in a cocoon and sinking to the bottom of the ocean. An Inhuman just waiting to break out of their shell on the ocean floor seems like something the writers wanted to keep in their back pocket to circle back to for a new storyline. The time is running out for that circle. 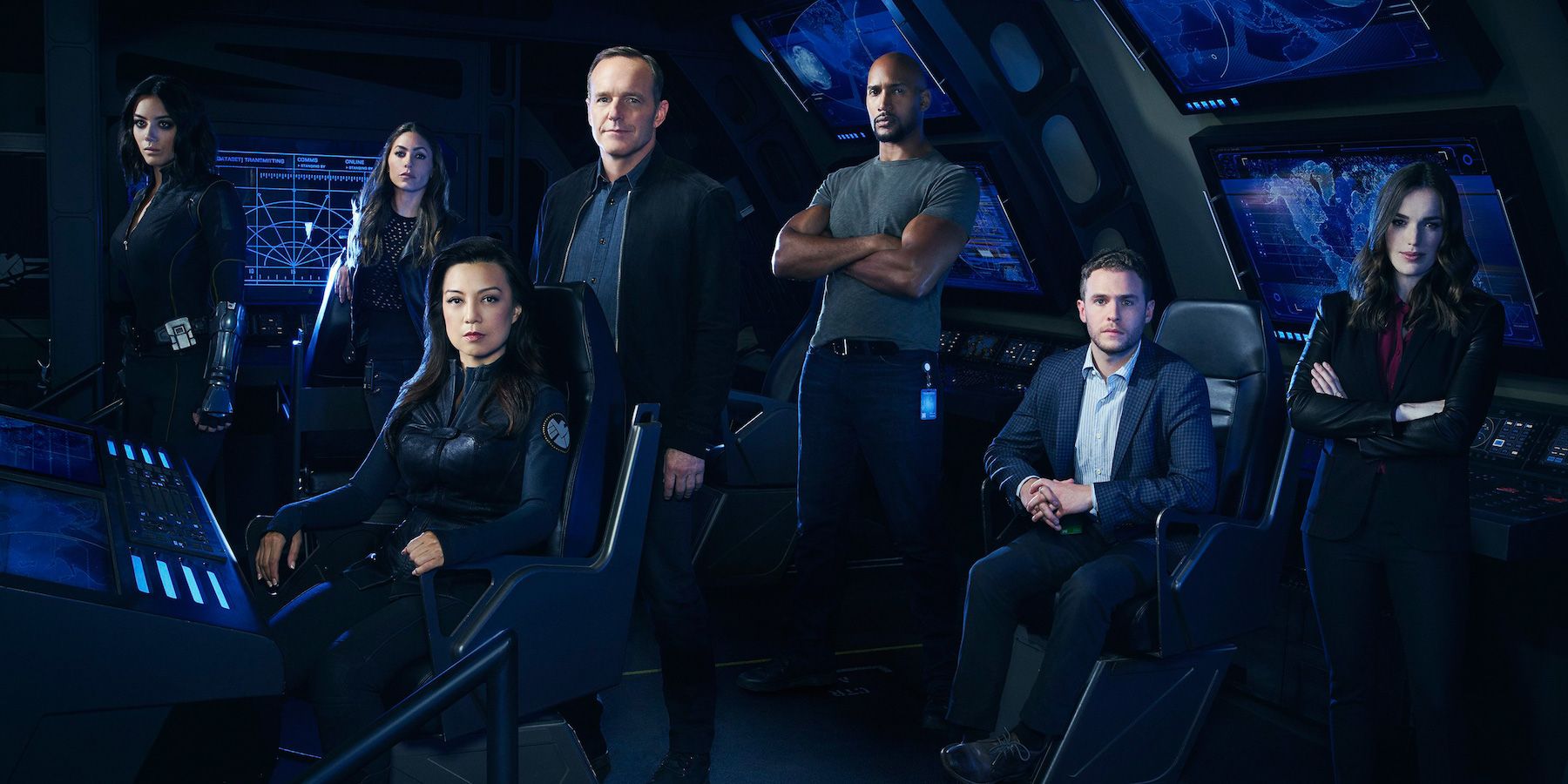 S.H.I.E.L.D. is an organization meant to protect the world from weird threats. In season six, the team at the center of the story has a quinjet now outfitted for space. While that’s provided the audience with a fun storyline, it still stands that this group only has a single quinjet outfitted for space travel.

By the end of season seven, the Agents Of S.H.I.E.L.D. need catch up with the movie side of the MCU. They need more options for space travel. At the very least, if S.H.I.E.L.D. plans to maintain its protection of the planet from above, they need even more advanced technology than we’ve seen in the show so far. If they continue to go to space, we need to believe that these people have a way to survive in space long term. Perhaps they could outfit the hellicarrier used in Avengers: Age Of Ultron, then never seen again. 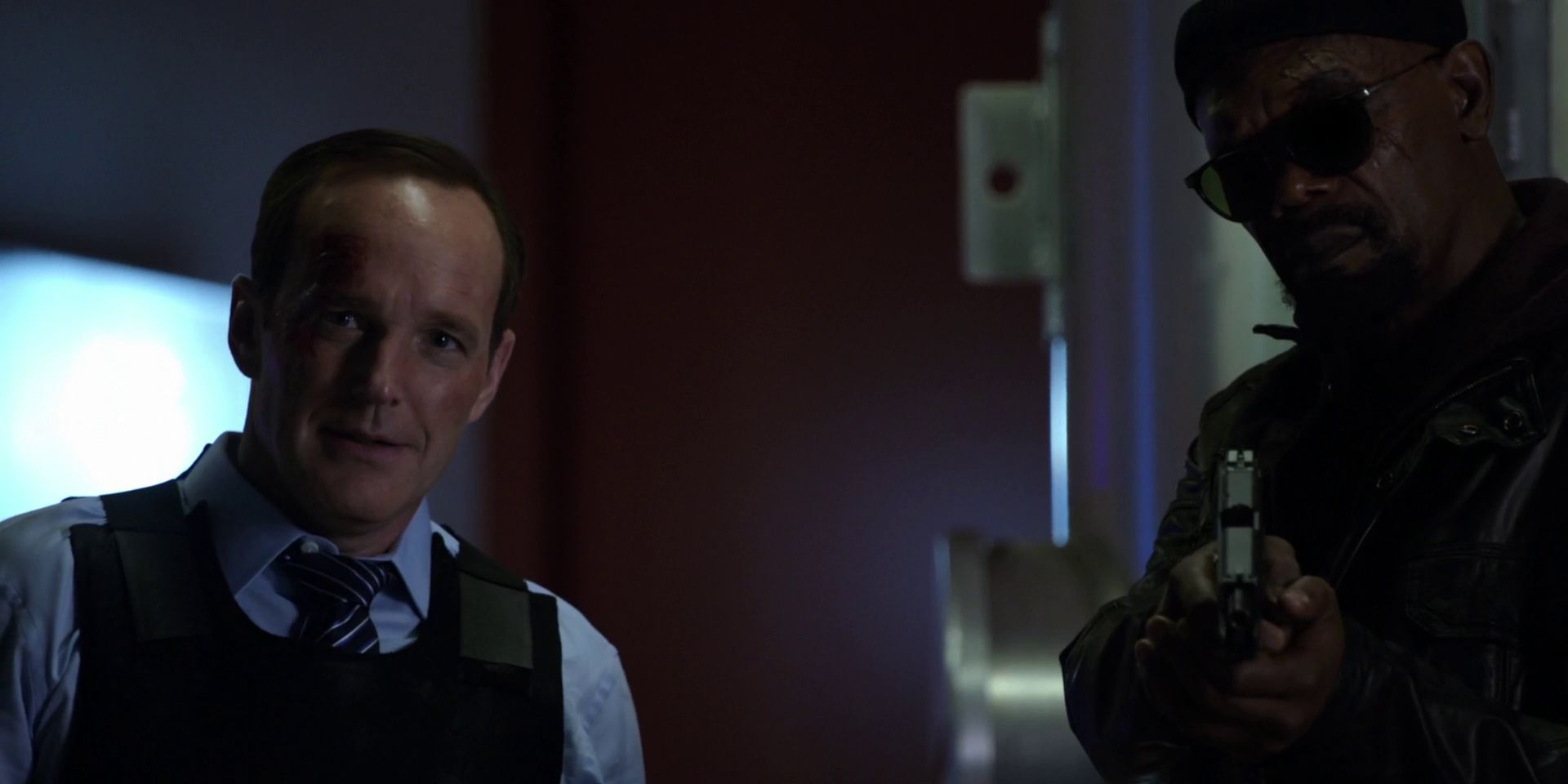 Season six has stayed firmly away from connections to the wider MCU. Part of that is the result of so much of the action not even happening on Earth. It’s also clear that Agents Of S.H.I.E.L.D. now takes place in a splintered timeline as the result of time travel in season five.

With the presence of Nick Fury in Spider-Man: Far From Home five years after the Thanos Snap occurred, fans have got to be wondering if S.H.I.E.L.D. is a legitimate organization in the MCU or not. Some concrete references would give fans an idea as to whether they might see any of these agents again in a future MCU property. 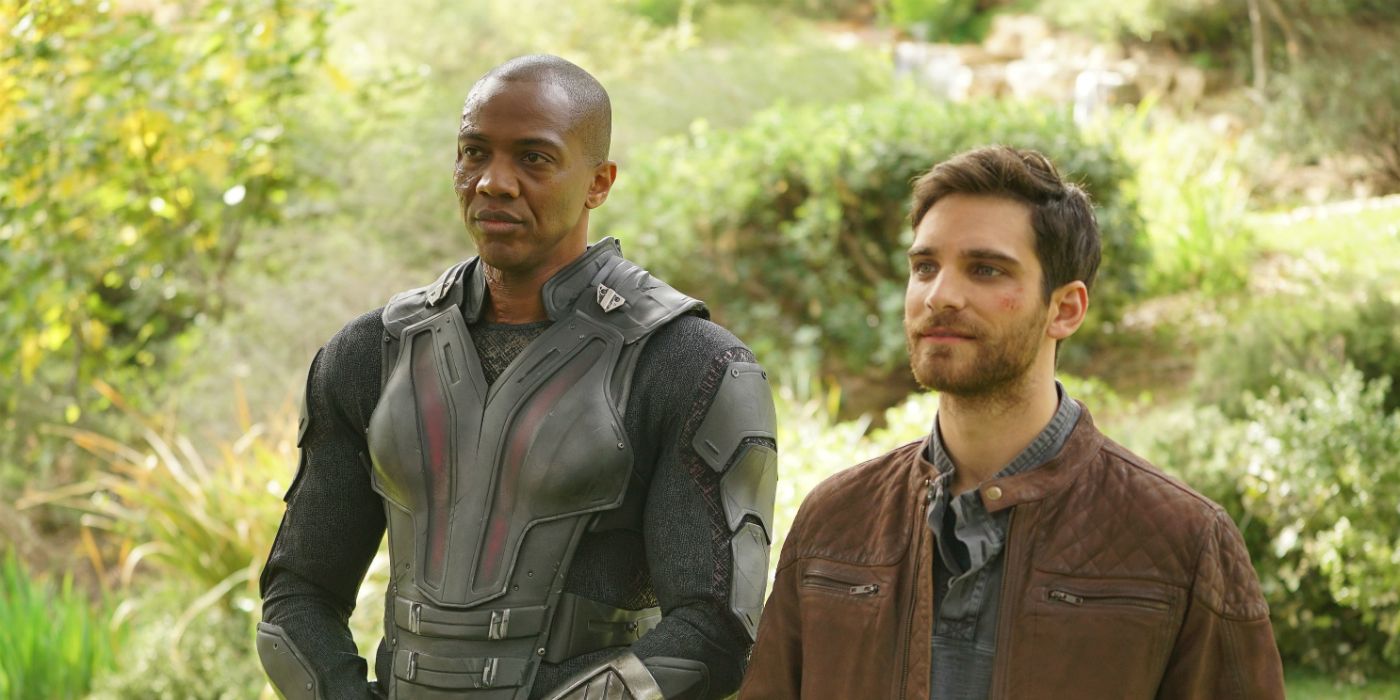 Mike Peterson is the person who really started it all. The J. August Richards characters provided the show with its first case of the week. He appeared repeatedly throughout the series, giving Coulson’s team a hand. The last time the audience saw him was in the landmark 100th episode.

It would be fitting to end with a full circle moment for characters left from the freshman season. Bringing back Deathlok to remind the audience that S.H.I.E.L.D. still has allies all over the world, no matter what happens, would be a good one.

1 FitzSimmons Get A Happy Ending 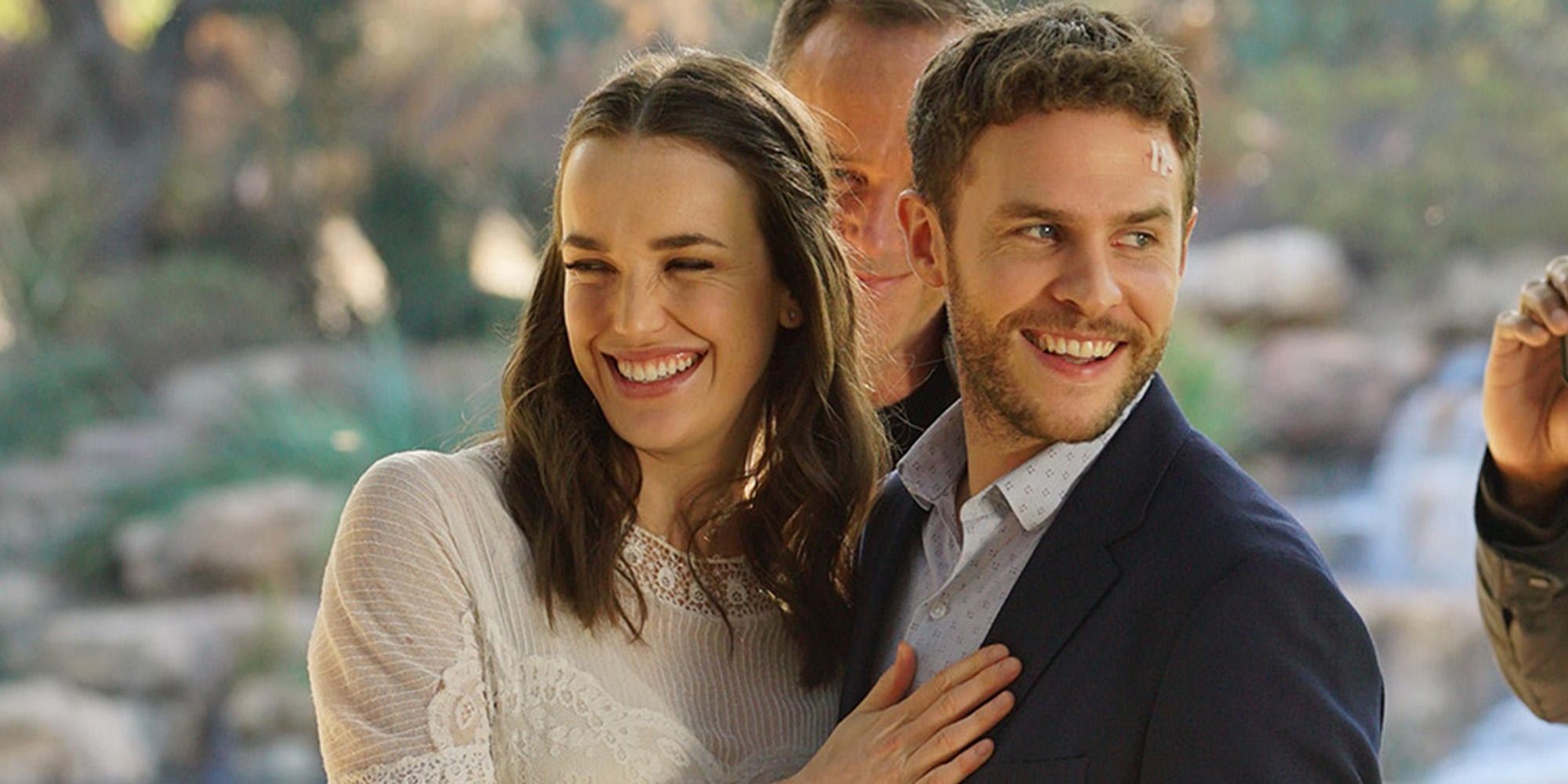 If there’s one thing most Agents of S.H.I.E.L.D. fans can agree on, it’s that Fitz and Simmons quickly became the emotional heart of the show. Every season finale has seen the two of them in dire straits or separated from one another. With their love story so prevalent in the series, fans just want the two of them to get a happy ending.

Whether than means the duo finally settle down in Perthshire to start a family, retire from field work to teach at a new Academy, or simply decide to stay on base in the lab, fans want them together and happy. Considering how much they’ve been put through the ringer over the course of seven years, that doesn’t seem like much to ask for. In fact, it would probably be a large part of providing a satisfying conclusion for the audience.