Nintendo has been making consoles for decades now, but how do they stack up against each other? Here are all of Nintendo’s home consoles ranked.

You Are Reading :All Nintendo Home Consoles Ranked Worst To Best 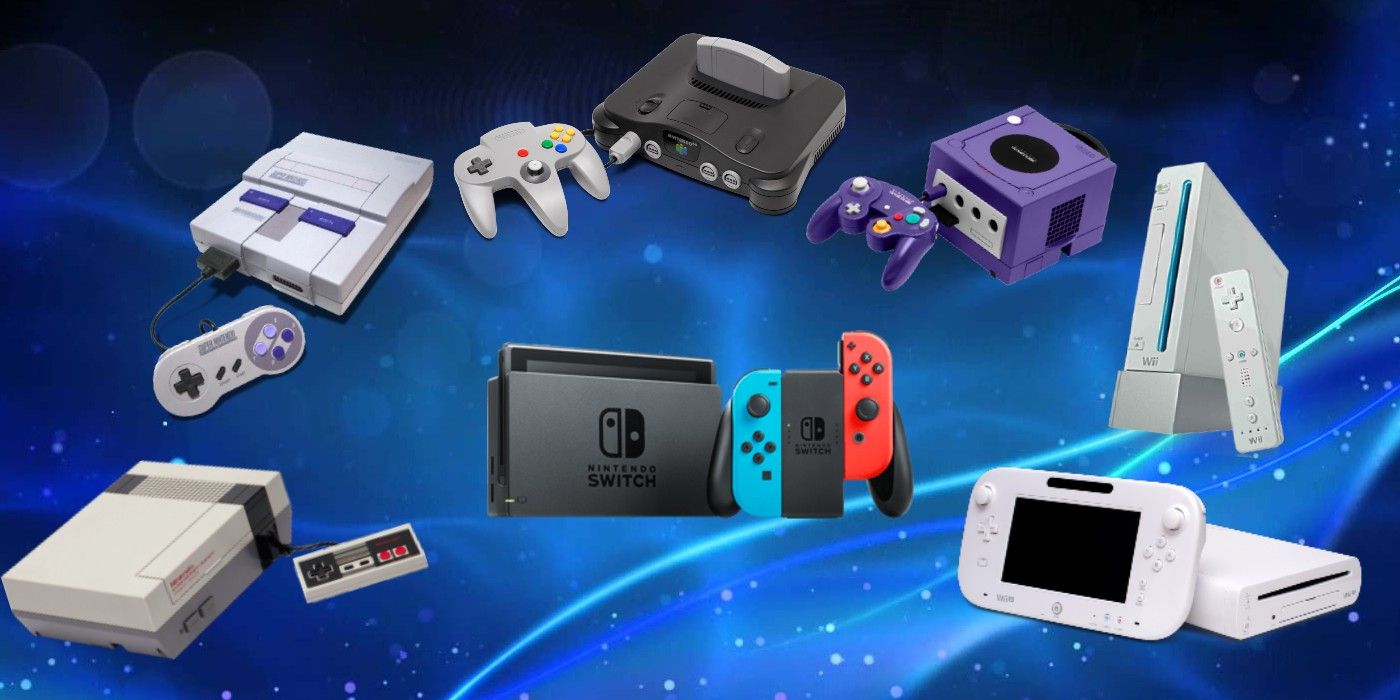 Ever since the early 1980s, Nintendo has been one of the first companies to come to mind when most people think of video games. Even before the Nintendo Entertainment System saved the industry from a financial crash, its arcade games like Donkey Kong and Mario Bros. defined gaming. Today, Nintendo is a mainstay in the world of gaming, and the popularity of the Switch and its exclusive titles are proof of that. But of the company’s long line of home consoles, which Nintendo system is the best?

Nintendo entered the console industry in the mid-’80s with the Nintendo Entertainment System, and its instant success cemented the corporation’s place as one of the top dogs in the field. Its simple yet effective controller, combined with the strong lineup of NES games, squashed Atari out and pushed Sega in. Gamers have played on Nintendo platforms ever since, and it’s likely the company won’t be leaving anytime soon. These consoles tend to be extremely unique when compared to their competition, and regardless of how successful they were, each one is memorable and fun to return to.

Over the years, Nintendo has released seven home consoles, without taking into account any updated or alternate versions, such as the Nintendo Switch Lite or the Wii Mini. While these technically count as separate pieces of hardware, they operate on the same operating systems and play the same library of games, so they won’t be counted on this list. Here are all of Nintendo’s home consoles, ranked from worst to best. 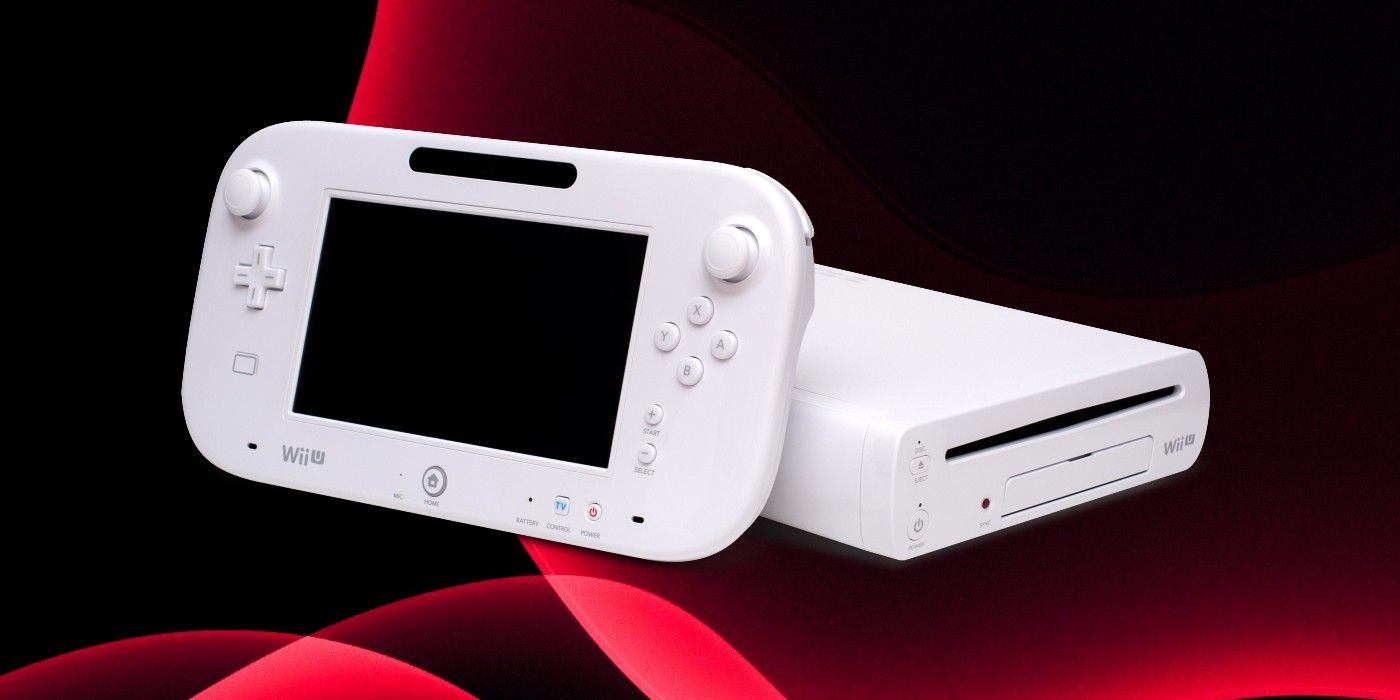 It goes without saying that the Wii U is Nintendo’s weakest home console overall. It did manage to surpass the sales of the Virtual Boy, but that’s hardly an accomplishment. The device was underpowered, poorly advertised, and its library released at a snail’s pace. The Wii U certainly had some gems, like Xenoblade Chronicles X, Splatoon, Super Mario Maker, Pikmin 3, Donkey Kong Country: Tropical Freeze, and Mario Kart 8. It’s also the home of some of Nintendo’s most controversial titles, like Animal Crossing: amiibo Festival, Mario Tennis Ultra Smash, and Paper Mario: Color Splash. Most of these games have sequels or ports on the Switch, however, which makes the platform even more redundant. There was fun to be had on the Wii U, but especially compared to the PS4 and Xbox One, many gamers felt their money was better spent elsewhere. 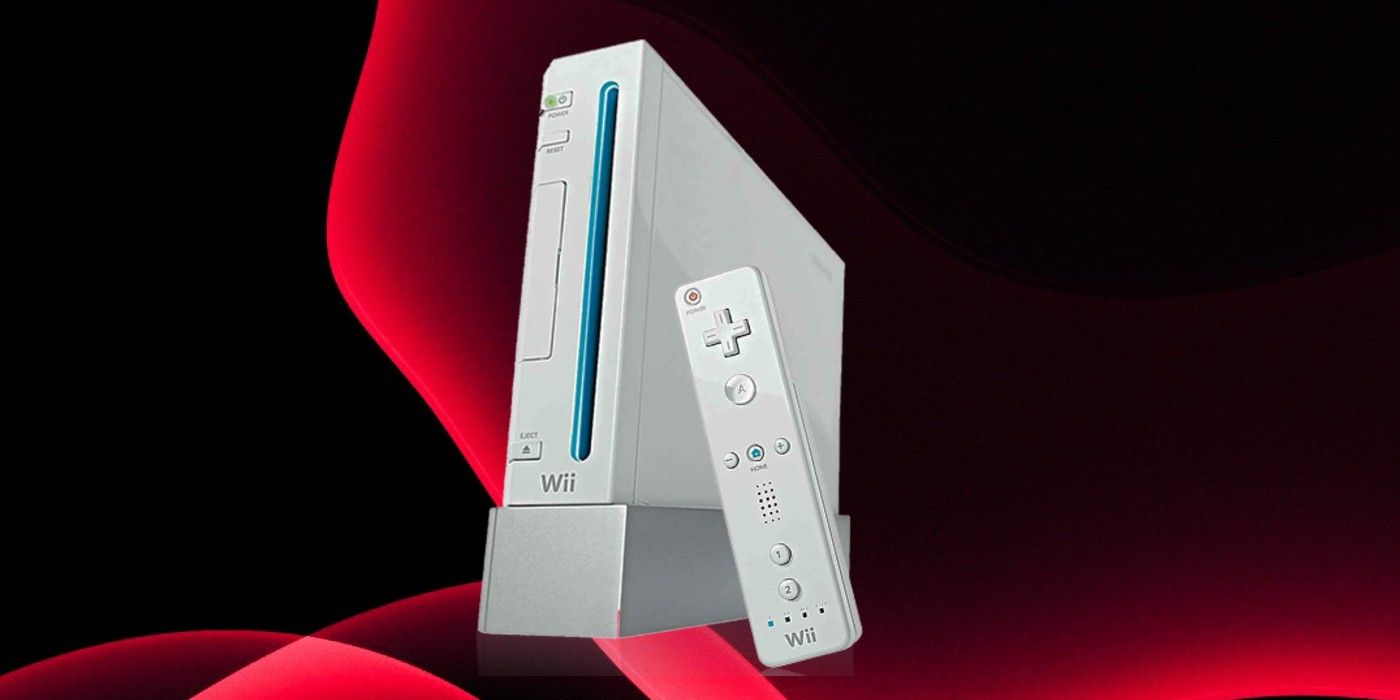 The Wii was Nintendo’s most financially successful home console, but the platform was largely a fad. This is where Nintendo’s appeal to a casual crowd reached its peak, which is not inherently bad, but it alienated more hardcore fans in the process. The platform was severely underpowered compared to the Xbox 360 and PS3, and its controller forced players to use motion controls whether they wanted to or not.

Many players also noticed that the popularity of Wii Sports and focus on motion controls inspired the Wii’s library to consist of lots of shovelware. Even so, the Wii had some great games, such as Super Mario Galaxy 1 and 2, The Legend of Zelda: Skyward Sword, Metroid Prime 3, Xenoblade Chronicles, and Donkey Kong Country Returns. The Wii wasn’t Nintendo’s worst console, but it set the corporation up for failure when it created the aforementioned Wii U based on the Wii’s success. 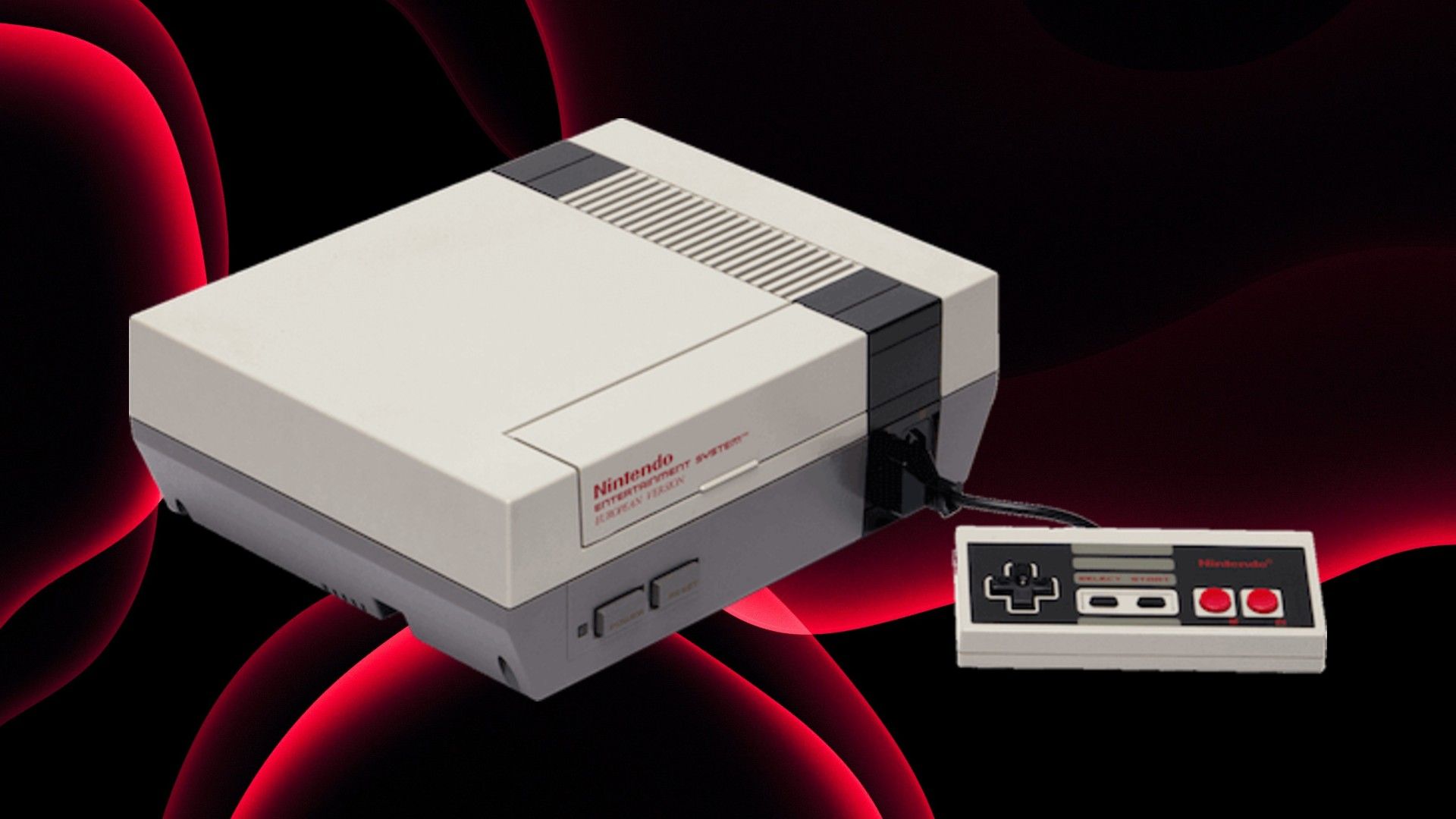 Known as the Famicom in Japan, Nintendo’s first console released during a time where people lost faith in the quality of the games they were buying, yet it found success with the might of the original Super Mario Bros. game. Ever since, developers have looked at the success of Nintendo’s hardware and software and mimicked its execution. Mario popularized the platforming genre, and The Legend of Zelda did the same for action-adventure. The NES is easily Nintendo’s most important and revolutionary platform, but most of the games in its library have seen superior sequels. Super Mario, Zelda, Mega Man, Castlevania, Metroid, Mother, and Final Fantasy are all great great, but there are equal or better versions of all these on the Super Nintendo alone. The NES is historic, with a library of timeless classics, but many are looking for something more polished than these rough drafts of classic Nintendo series that haven’t aged well. 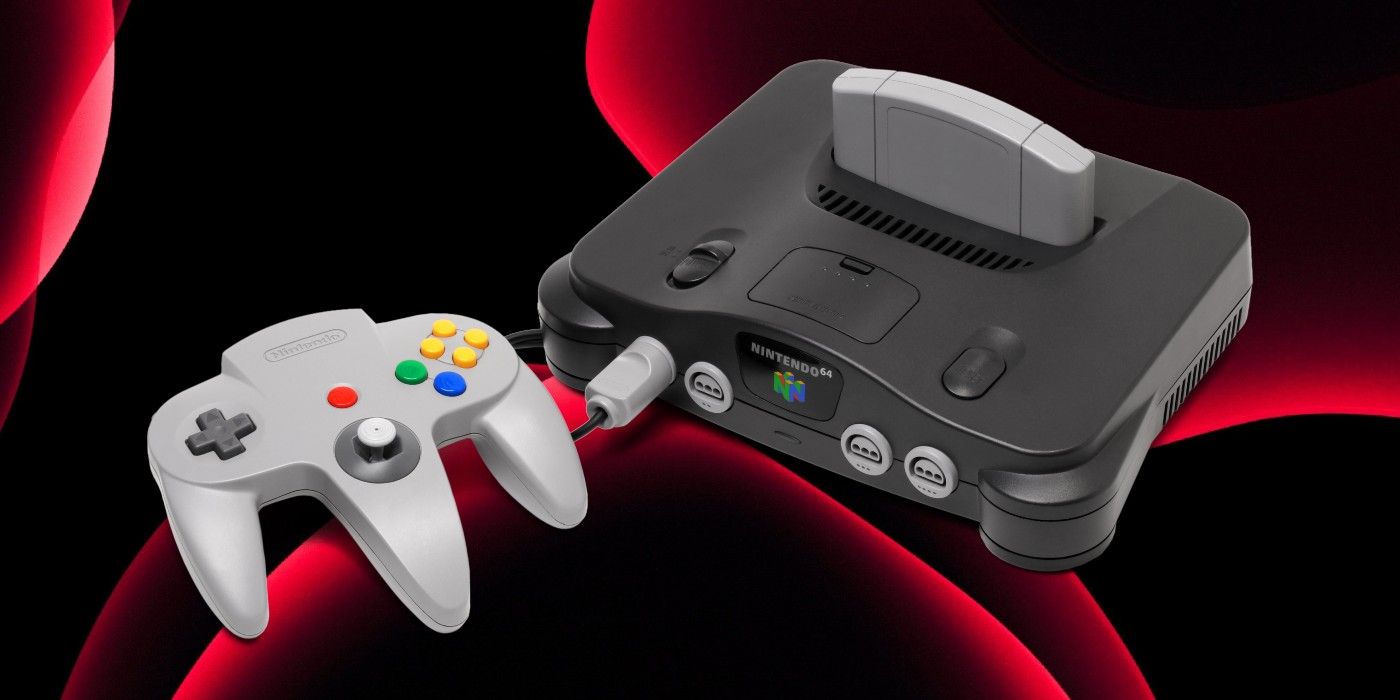 Similar to the NES, the Nintendo 64 revolutionized 3D console gaming, introducing fans to open worlds like Super Mario 64’s and Ocarina of Time’s and the improved freedom 3D games offered when compared to 2D ones. It was also the first Nintendo home console to allow four players to play simultaneously, which was heavily reflected in its library. GoldenEye revolutionized the console first-person shooter genre, and the popularity of Mario Party and Super Smash Bros. started on this platform. But while Ocarina of Time and Majora’s Mask are frequently regarded as some of Nintendo’s best games of all time, a large portion of the N64’s library hasn’t aged well. Much like the NES, future platforms have released improved variants of the N64’s library, with GoldenEye and Super Smash Bros, in particular, showing their ages. 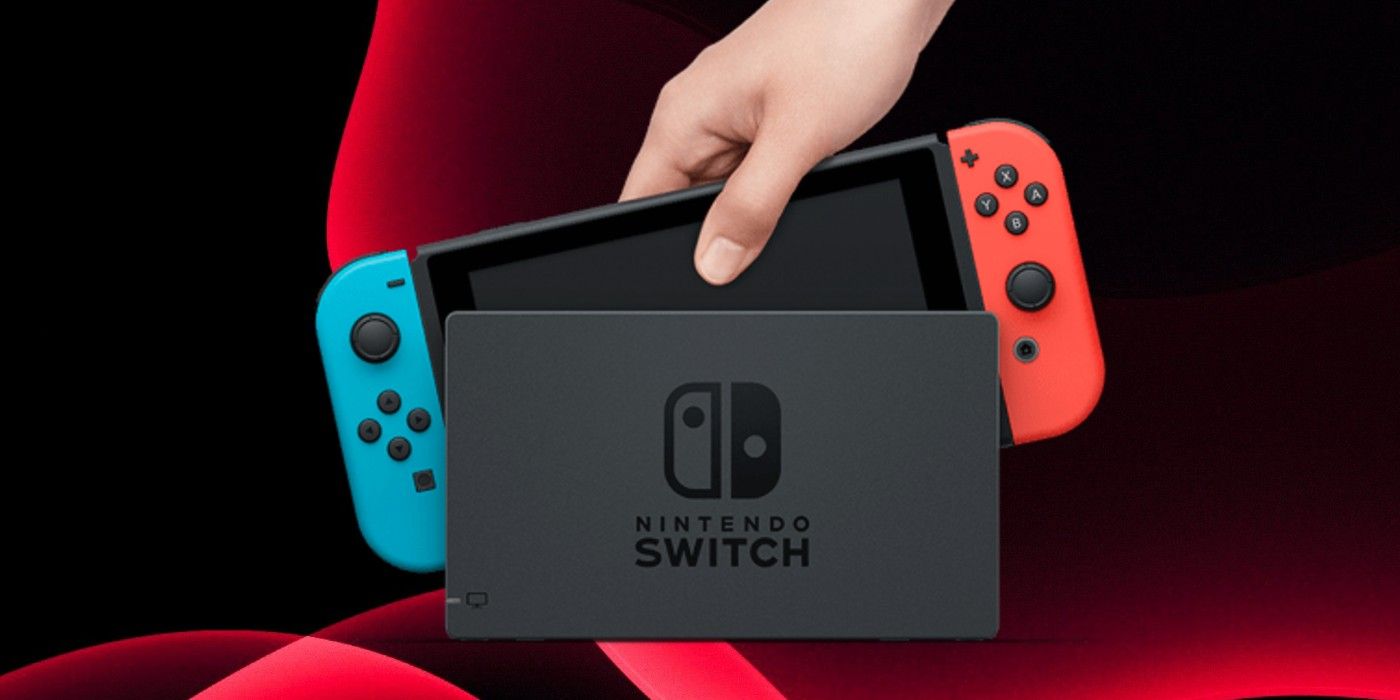 Nintendo’s current platform saved the company from potential doom heralded by the Wii U. Most fans had started expecting Nintendo’s hardware to be weaker than the competition, but this was the first platform where that difference in power felt justified. The ability to effortlessly switch between playing on a TV and playing portably is a hugely convenient change that has encouraged casual and hardcore fans alike to hop aboard. This has even enabled the Switch to be able to fiercely compete with PlayStation and Xbox.

The Nintendo Switch’s catalog of games is also fantastic, boasting titles like Breath of the Wild, Super Mario Odyssey, Super Smash Bros. Ultimate, Splatoon 2, Animal Crossing: New Horizons, and Fire Emblem: Three Houses. The console has unfortunately relied on many Switch Wii U ports, like Mario Kart 8 or Donkey Kong Country: Tropical Freeze, to bolster its library, however, which can make it feel like an extension of the Wii U era instead of something entirely new. 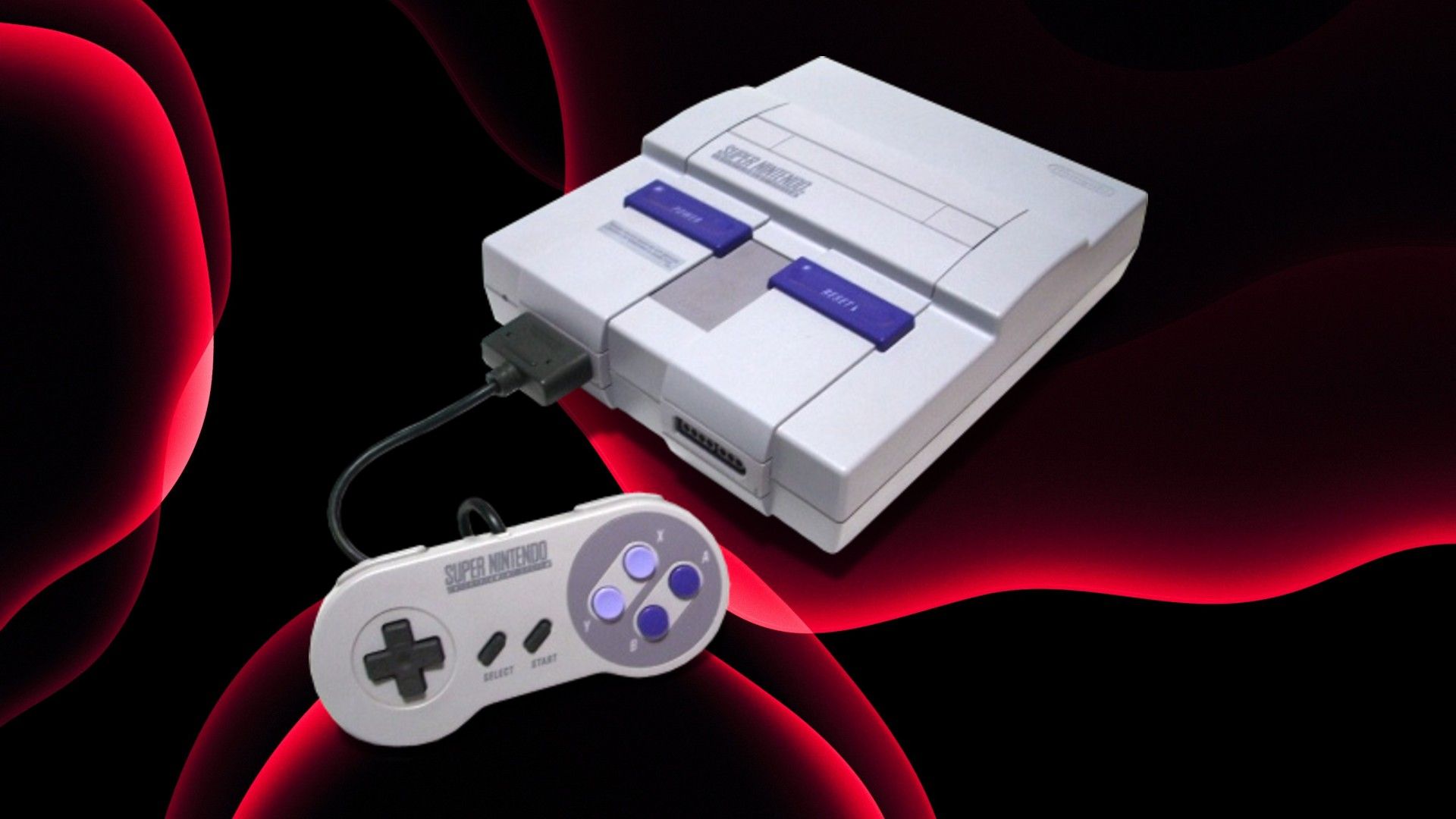 After the Sega Genesis aggressively called the NES out in its successful marketing campaign, Nintendo responded with the SNES, which is frequently regarded as one of the best consoles of all time. Its controller is one of the absolute best for 2D games, and its library has passed the test of time. Zelda: A Link to the Past, Super Mario World, Final Fantasy 6, Crono Trigger, Super Metroid, Super Mario RPG: Legend of the Seven Stars, Earthbound, Donkey Kong Country, and Street Fighter 2 are only a few examples of the classics that defined the SNES era of gaming. If the NES revolutionized the 2D video game, then the SNES refined it. 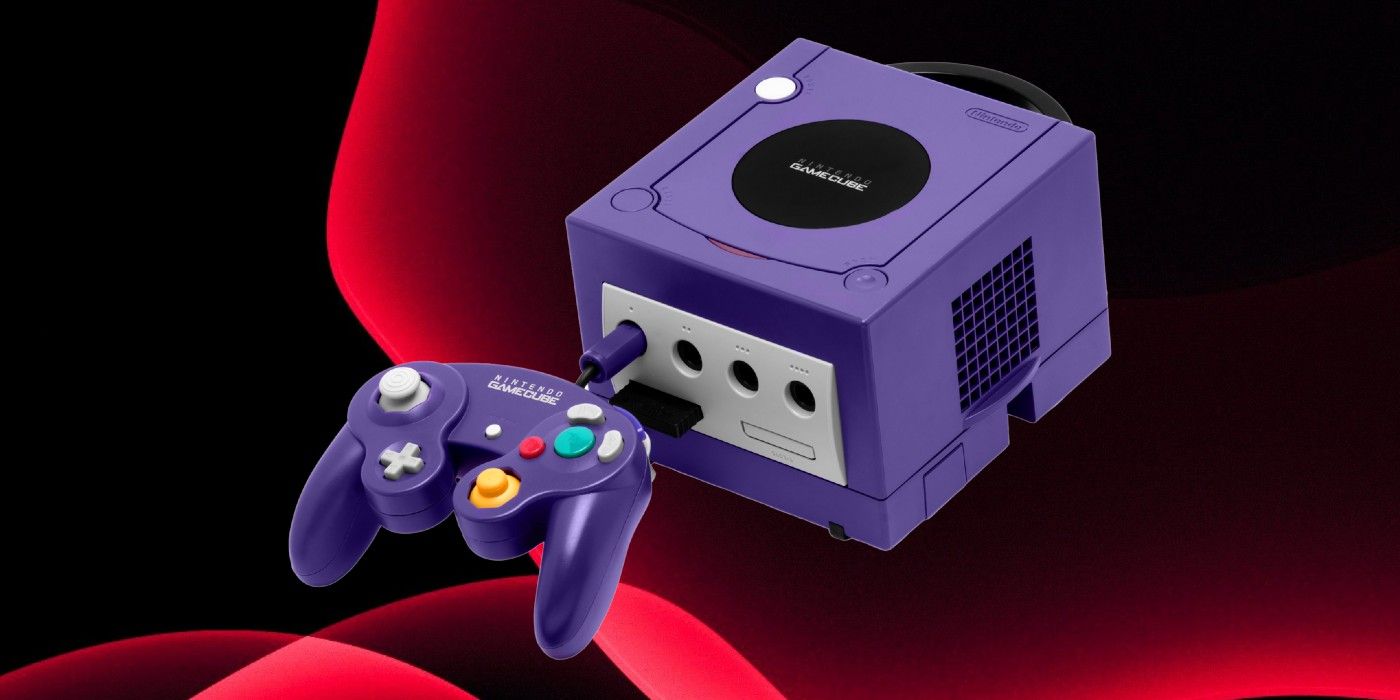 In a similar way that the SNES took what the NES did well and enhanced it, the GameCube played off the strengths of the N64 and ran with them. The GameCube was a powerhouse, with games that still look pretty solid today. Just like the N64, games like Super Smash Bros. Melee and Mario Kart: Double Dash!! continued to support Nintendo’s revered couch multiplayer.

The GameCube was also home to many outstanding single-player experiences, like Zelda: The Wind Waker, Resident Evil 4, Paper Mario: The Thousand-Year Door, Metroid Prime, Eternal Darkness, Luigi’s Mansion, and Super Mario Sunshine. The GameCube didn’t attempt to appeal to reinvent the wheel, but, ironically, this platform is when Nintendo was at its most innovative from a software perspective. Most GameCube games are radically different from those on other Nintendo platforms, and they each bring something unique to the table of their respective franchises.

The GameCube may not have been Nintendo’s best-selling platform, but that hardly means the console was a failure. Today, its games are some of the most requested among fans for Switch rereleases. It marked an era where the developer was more willing to take bold risks – not by making a gimmicky controller with a screen or motion controls, but by creating an entirely new experience that some might not love. All of Nintendo’s consoles have been fun and filled with great games, but the GameCube has a slight edge over what the others can offer, with its stellar multiplayer and single-player games.