Taissa Farmiga has been one of the youngest stars in American Horror Story. Here are all the characters she’s played in the horror anthology.

You Are Reading :American Horror Story Every Character That Taissa Farmiga Played 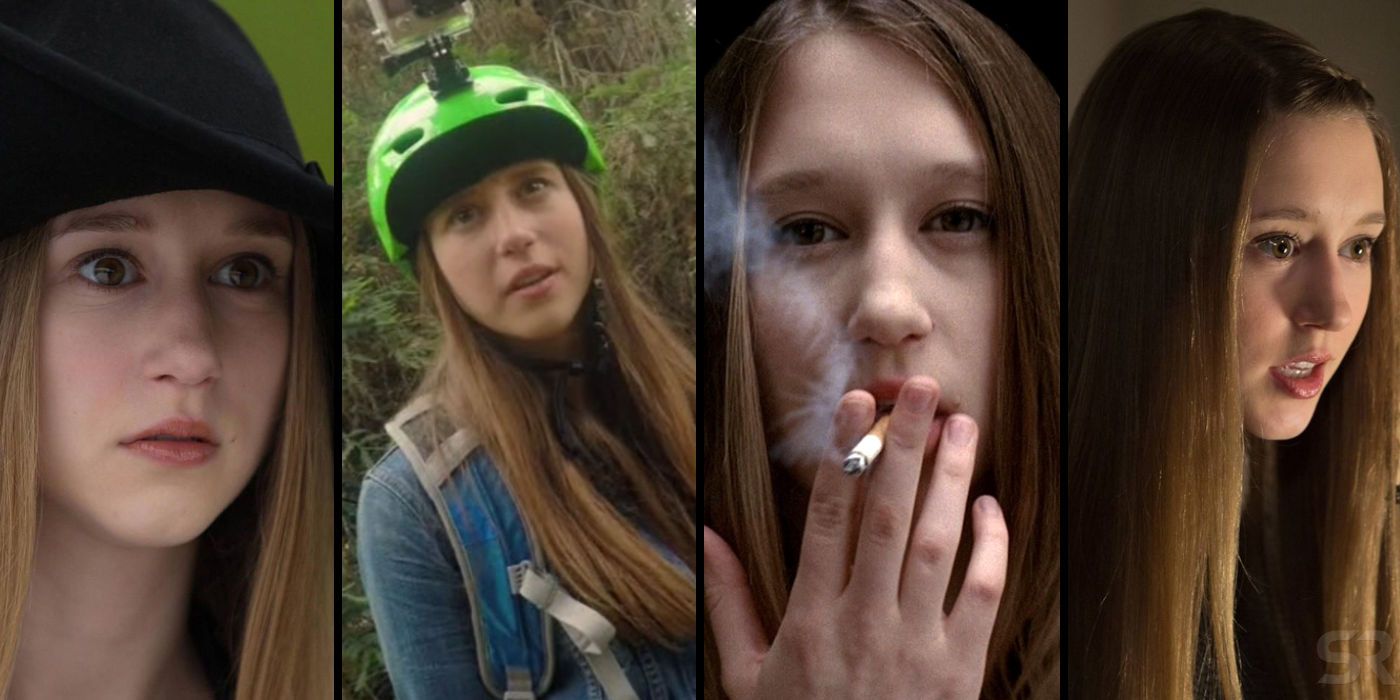 Here’s every character Taissa Farmiga played on American Horror Story. Farmiga was one of the young, shining stars that series creator, Ryan Murphy, cast for multiple seasons of American Horror Story, which airs season 9 in 2019 with season 10 coming sometime thereafter.

Farmiga was on the of the original American Horror Story cast members as she appeared in the show’s debut season. She quickly turned into one of Murphy’s go-to cast members. Appearing in the horror series seemingly opened many doors for the actress, especially in the horror genre. She appeared in the comedy slasher, The Final Girls, in 2015 and headlined 2018’s supernatural horror, The Nun. The film was a spinoff of the Conjuring film series, which notably featured her older sister, Vera Farmiga.

Farmiga isn’t scheduled to appear in American Horror Story: 1984. She has had experience with slashers, so she wouldn’t be a stranger to the concept. The season will focuses on a group of young camp counselors, and Farmiga could easily fit into one of the roles. But even if she doesn’t return for season 9 (or season 10, for that matter), she’s already been immortalized in the American Horror Story universe just based on her past characters. 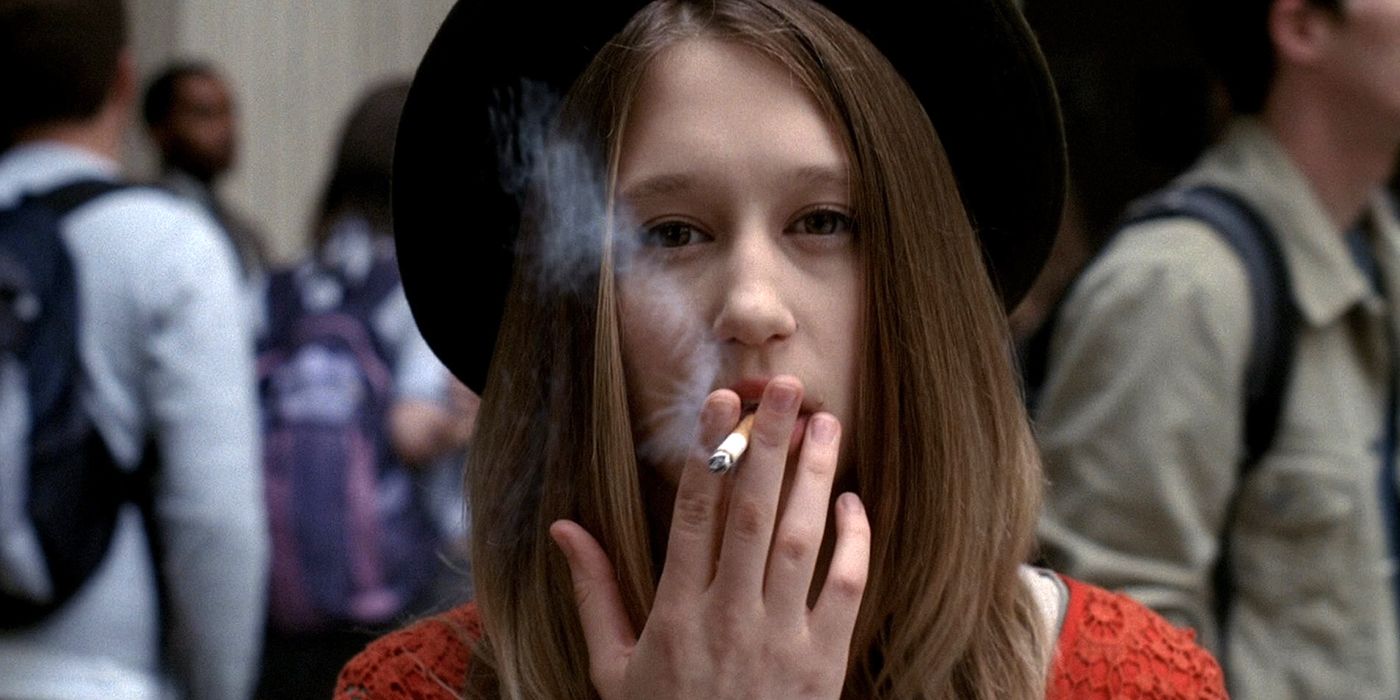 Farmiga made her American Horror Story debut portraying Violet, the only child of Ben and Vivien. She reluctantly moved with her parents to Los Angeles after the family was in need of a fresh start. Violet was already an angry teenager but moving into the infamous Murder House made matters even worse. She met, and eventually started dating Tate Langdon, a young man who she thought was one of her father’s patients. It was later revealed that Tate was a ghost trapped in the house after he was killed for carrying out a school shooting. The pain and terror caused by the house led Violet to commit suicide, which trapped her own spirit in the house. She pushed Tate away but Violet was later reunited with her parents as they, too, died while living in the house. Violet and the rest of the Harmon family would reappear in season 8. 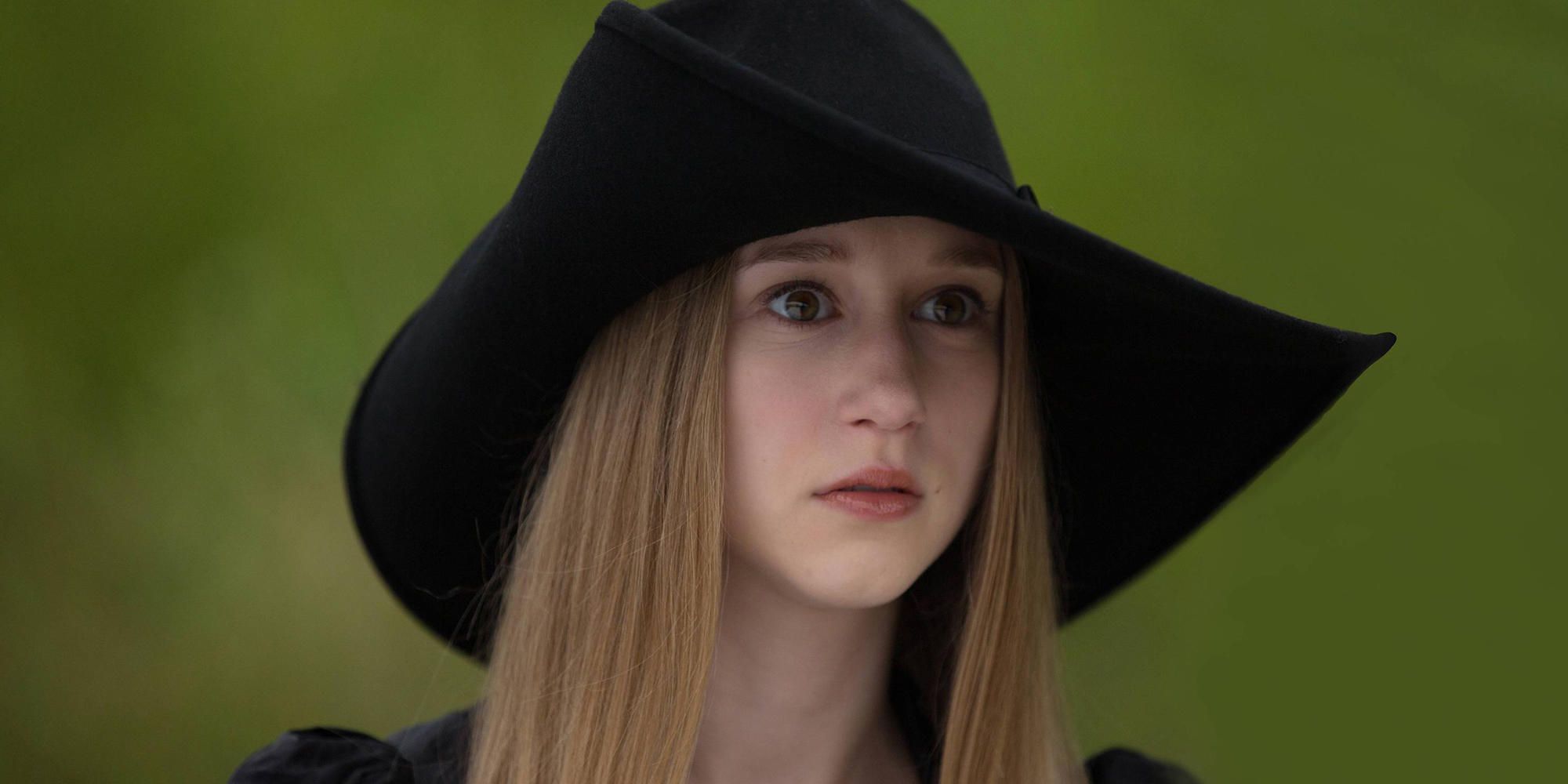 Farmiga returned for American Horror Story season 3, Coven, to play Zoe Benson. After accidentally killing her boyfriend, Zoe was sent to Miss Robichaux’s Academy, a school for young witches. Zoe had no idea how to handle the new powers that were bestowed upon her. While there, she was under the guidance of the Supreme, Fiona Goode, and the headmistress, Cordelia Foxx, who also happened to be Fiona’s daughter. Zoe got into some trouble with the fellow witches, particularly Madison Montgomery, her biggest rival. When the coven was trying to figure out who would replace Fiona as the Supreme, Zoe was a major candidate until she was killed. Cordelia later revived her and took over the position of Supreme. Zoe was then appointed as a member of the new Witches’ Council. 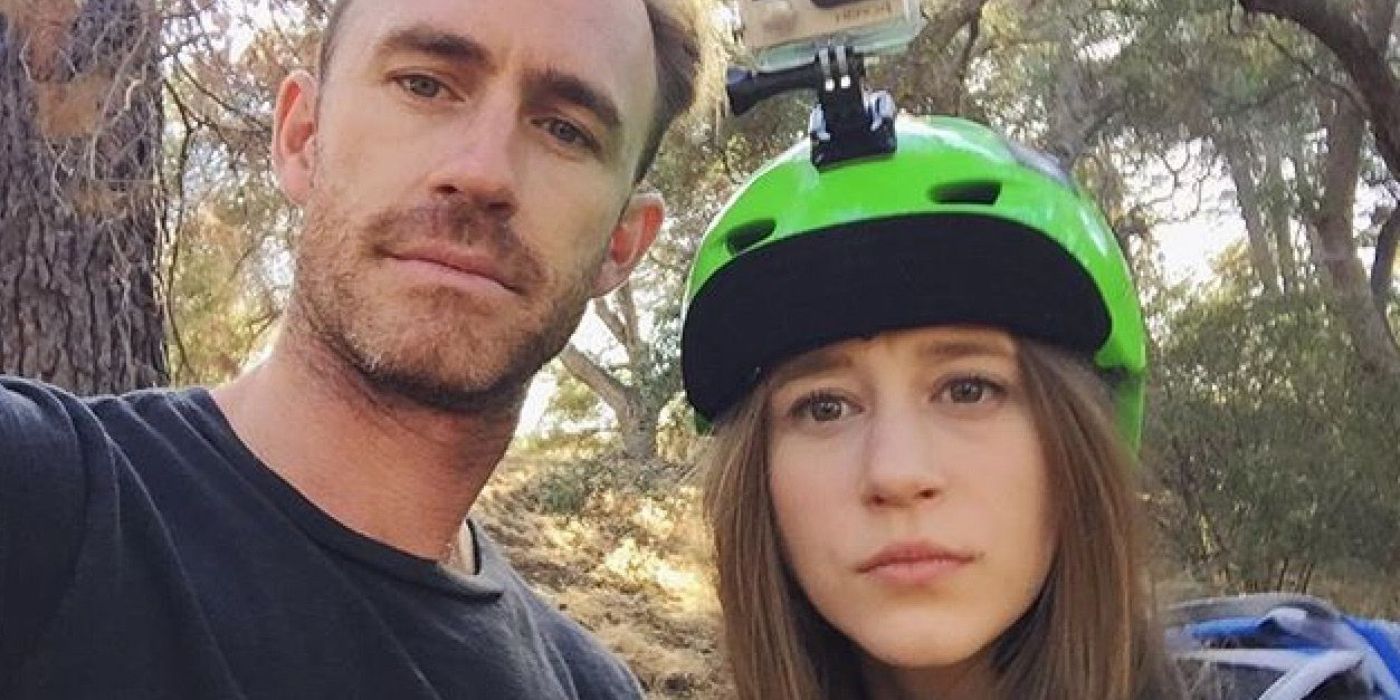 Farmiga took a few seasons off before returning for a minor role in American Horror Story season 6, Roanoke. She portrayed Sophie Green, a young woman who was a fan of the documentary series, My Roanoke Nightmare. Due to her love of the series, Sophie created the fan site “Army of Roanoke”. She and her friends, Todd and Milo, decided to visit the location of the hauntings on the night of the Blood Moon. The group filmed their expedition for their followers, but very sinister events started to occur. Once Todd was killed, Sophie and Milo took refuge in a nearby production trailer. They tried to warn those inside the house that the danger was real but Sophie and Milo were caught by the colonists. They were, then, sacrificed and burned. 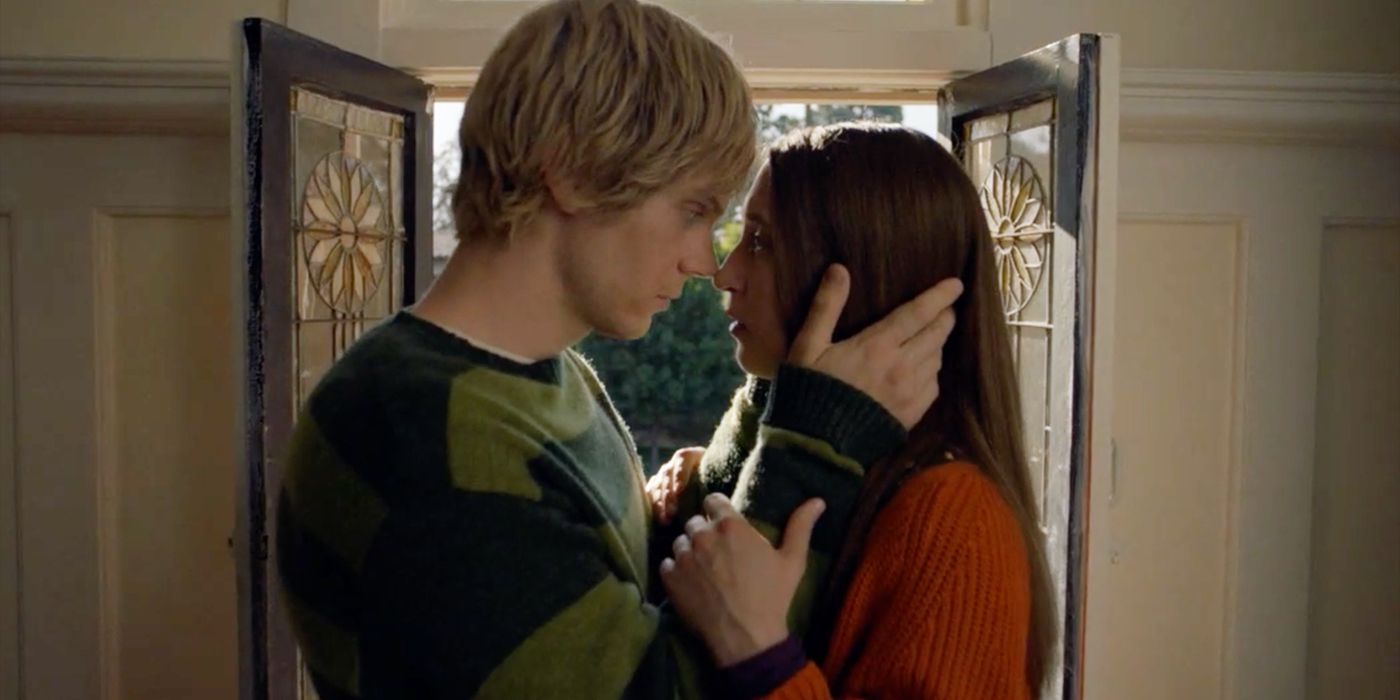 Farmiga appeared in American Horror Story season 8 to reprise two of her former characters. Since Apocalypse was a crossover between Murder House and Coven, the actress portrayed both Violet Harmon and Zoe Benson. When Vivien was impregnated by Tate in season 1, she unknowingly gave birth to Michael, the Antichrist. Cordelia and the coven took it upon themselves to prevent the apocalypse, but first, they needed more details on Michael’s early life. Cordelia sent Madison to investigate the Murder House where she encountered Violet. The young Harmon still hasn’t acknowledged Tate. Madison tried to convince Violet that Tate’s past actions were a result of the evil house using him as a vessel. After talking to Madison, Violet reconciled with Tate.

Prior to the apocalypse, Zoe was shown as a mentor and instructor at Miss Robichaux’s Academy. She took pride in teaching the fellow witches and had high hopes for Mallory, a young woman who she believed would be the next Supreme. Zoe was later killed when Michael infiltrated the academy and massacred the coven. Cordelia, Madison, Mallory, and a few of the surviving witches regrouped before they came up with a plan. By using Mallory’s unique powers, they were able to reset the timeline and prevent Michael from bringing the apocalypse. The new timeline reversed Zoe’s death, so she continued to teach at Miss Robichaux’s Academy.