An Animal Crossing: New Horizons player has used the game’s design tools to recreate the raft from The Legend of Zelda: Breath of the Wild.

You Are Reading :Animal Crossing Player Builds Zelda Breath of the Wilds Raft 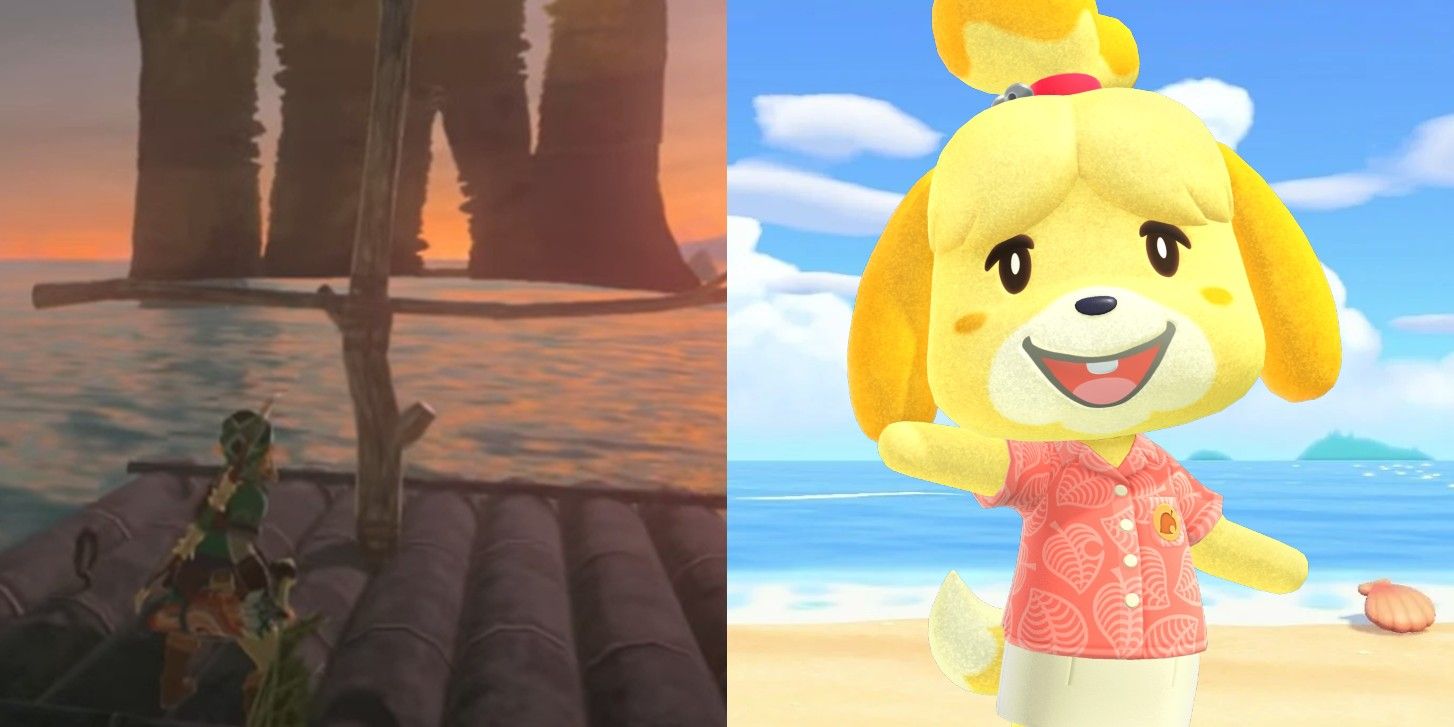 An Animal Crossing: New Horizons player has brought some Zelda: Breath of the Wild flair to their island by recreating the BOTW raft using a variety of Animal Crossing design tools and features. While the raft isn’t quite as useful as the ones Link can use in Breath of the Wild, the simple yet creative build is the perfect way to introduce Zelda-themed content to Nintendo’s island adventure.

Animal Crossing: New Horizons is one of the most popular games on Nintendo Switch, offering players the chance to escape to an island paradise shaped, designed, and decorated by them. Countless players have brought elements from the Zelda series to their AC creations, whether by recreating whole game areas, designing player outfits, or even modeling their island shape after maps in the game. Previous impressive Animal Crossing player designs include Zelda: Link’s Awakening’s Mabe Village, and a Zelda witch hut.

Animal Crossing content creator Naydinfar-Crossing, also known as naydinfarcrossing on Instagram, has created multiple Zelda-inspired designs on their island, with the latest being the Breath of the Wild raft. The talented designer has emulated the game’s mode of transport by carving out a small section of land and using different items to mirror various elements of the raft as seen in the Zelda game. The look is completed with a Champion’s Tunic-inspired outfit worn by the player as they look out onto the ocean.

Fans looking to make their own raft should find all the inspiration they need in Naydinfar-Crossing’s design. After making the land section for the base of the raft, the player has then used custom floor designs to mimic the wooden raft logs. These can be found by searching through the in-game Design App or Kiosk. A Leaf Umbrella craftable item replaces the Korok Leaf, while a reversed painting is cleverly used in place of a sail. Naydinfar-Crossing’s other inspirational Zelda and Animal Crossing designs, including a remake of BOTW’s Korok Forest, as well as Lurelin Village, can be found via their Instagram.

Animal Crossing: New Horizons players have been using many of the in-game items as substitutes for those not available in the release, as seen with Naydinfar-Crossing’s creative use of a reversed painting. Items that can be customized with player designs, such as hats, have been used as cake stands, while custom floor designs have helped in making pools and other bodies of water not present in the game. Players are set to get even more creative with the upcoming update on November 5, which will add new game features such as farming, as well as adding more build options and customization to Animal Crossing: New Horizons.