Damien Darhk’s to Legends of Tomorrow and the Arrowverse explained, from his first appearance to (both of) his deaths at the hands of the heroes. 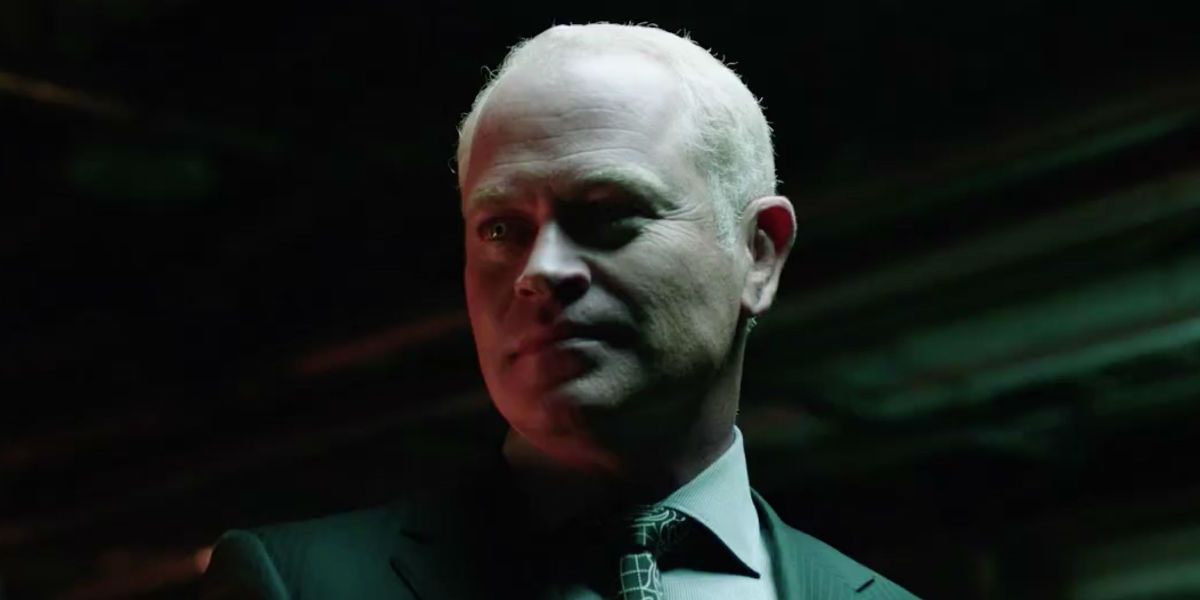 Legends of Tomorrow is back, and gearing up for some major cast changes over this third season. While Rip Hunter (Arthur Darvill) is still a part of the Arrowverse, he’s no longer a member of the Waverider crew. Instead, he’s running the Time Bureau, and rather than leading the Legends, he simply puts up with them. Professor Stein (Victor Garber) is also leaving the series, although it’s not yet known when or how he will be exiting (or who will replace him as half of Firestorm). In addition, newcomers Zari (Tala Ashe) and Constantine (Matt Ryan) will be joining the team at some point. This team shake-up isn’t unusual, as the team has seen some changes in past seasons as well, but it’s always interesting to see how new members are integrated, and how old members bow out.

These aren’t the only changes to the cast that fans can expect, though. There is one more familiar face who will be returning for Legends of Tomorrow’s third season: Damien Darhk (Neal McDonough). This Arrowverse villain has tangled with the Legends before, after being introduced as an Arrow bad guy. In both series, however, Darhk was defeated, and even killed… so how is it that he can return now? 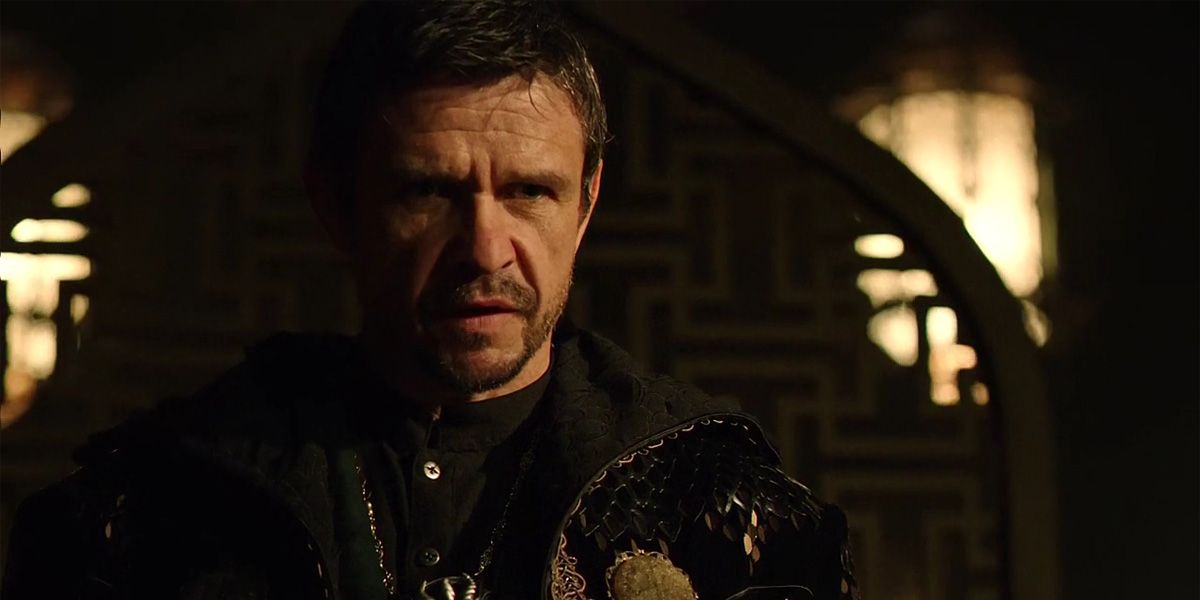 Damien Darhk’s long history begins over a century before his appearance in the Arrowverse, when he was a member of the League of Assassins. Damien was a friend to Ra’s Al Ghul (Matt Nable), and trained with the League to become an assassin. He eventually rose up the ranks of the men in Nanda Parbat, becoming one of Ra’s’s closest friends and one of his ‘horsemen’. However, he came into conflict with Ra’s and was nearly killed, but managed to escape and flee the League… but not before he stole some of the waters of the Lazarus Pit.

Armed with his League training and a new immortality (courtesy of the Pit), Damien started a new organization, similar to the League that he had left behind. He called this new organization HIVE, and nurtured it carefully for decades. Following only the personal agenda of Damien Darkh, HIVE grew and Darhk plotted. Damien’s abilities improves as well, especially his grasp of sorcery and the dark arts, and he formed a plan to ‘cleanse’ the world with a nuclear war, leaving only his own followers who would build the world afresh. As he worked toward this plan, Damien was also able to acquire the Khushu Idol, increasing his own powers through killing others, and eventually heading to Star City to carry out his evil plan: Genesis.

HIVE And The Original Timeline 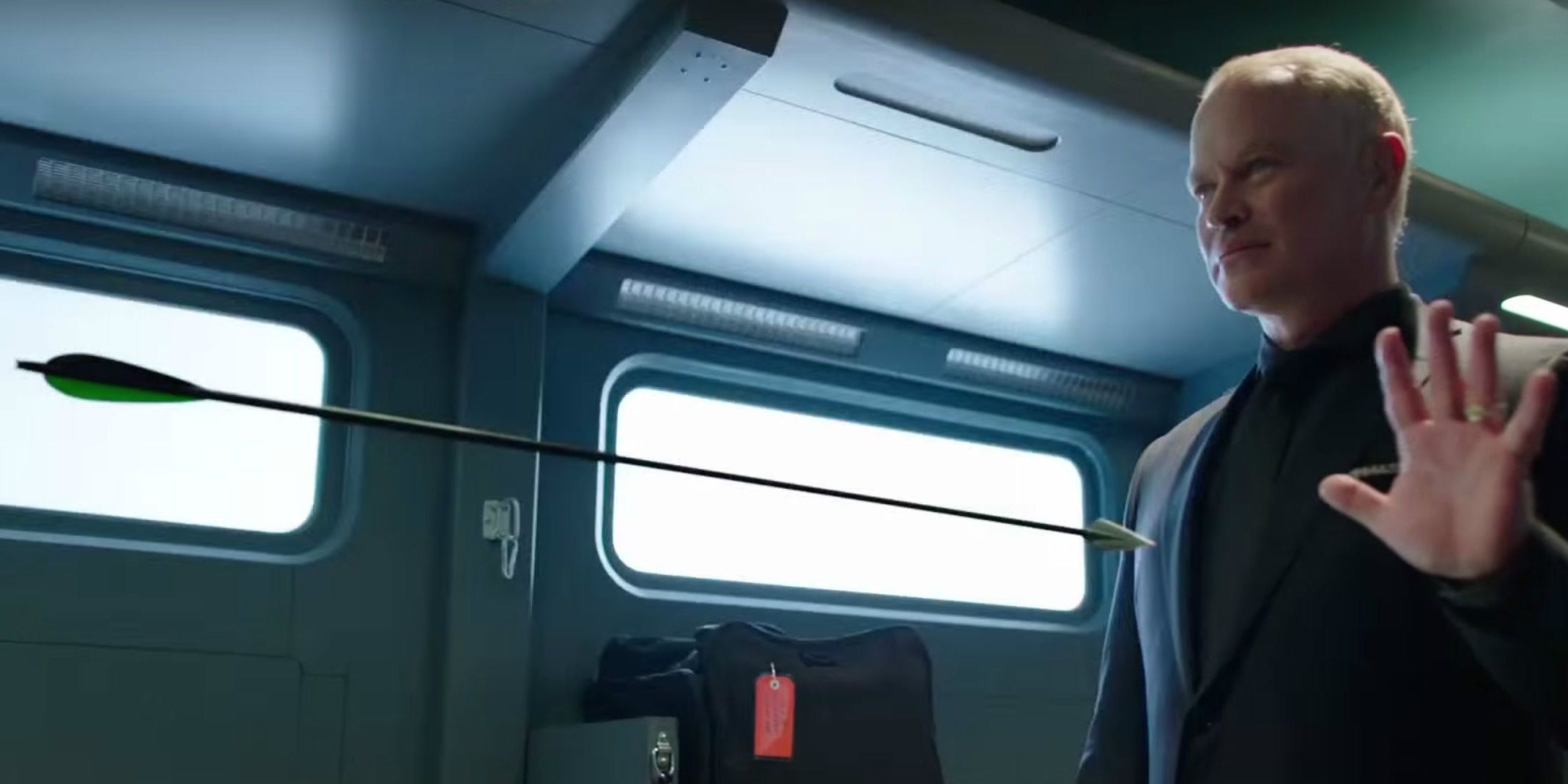 When he came to Star City, Damien met the Green Arrow, aka Oliver Queen (Stephen Amell), when his organization attempted to get hold of Malcolm Merlyn’s (John Barrowman) earthquake-generation machine. He and his men went up against Team Arrow again and again, as Damien built his Ark under the ground, simultaneously working hard to destabilize the city above in order to limit interference in his master plan (to nuke the world while he and his hid in the Ark). At first, Damien did not realize that both his personal opponent the Green Arrow, and his political opponent Oliver Queen, were one and the same. Once he figured this out, though, Damien became utterly ruthless in his attempts to get his own way.

Over the course of his time in Star City, Damien forced Quentin Lance (Paul Blackthorne) to help him as an insider for the police department. Damien threatened Lance’s daughter Laurel’s (Katie Cassidy) life if Quentin didn’t help him, and the police Captain felt that he had no choice. It was an attack by Darhk that put Felicity in a wheelchair, and he nearly managed to kill Diggle (David Ramsey), Felicity, and Thea (Willa Holland) in a gas chamber before Oliver was able to free them. He also held Ray Palmer (Brandon Routh) captive and threatened Felicity (Emily Bett Rickards). He later kidnapped Oliver’s son, William (Jack Moore), to try and force Oliver out of the mayoral race. As Damien’s plans became clear, it also became obvious that he will do whatever it takes to achieve his own goals. 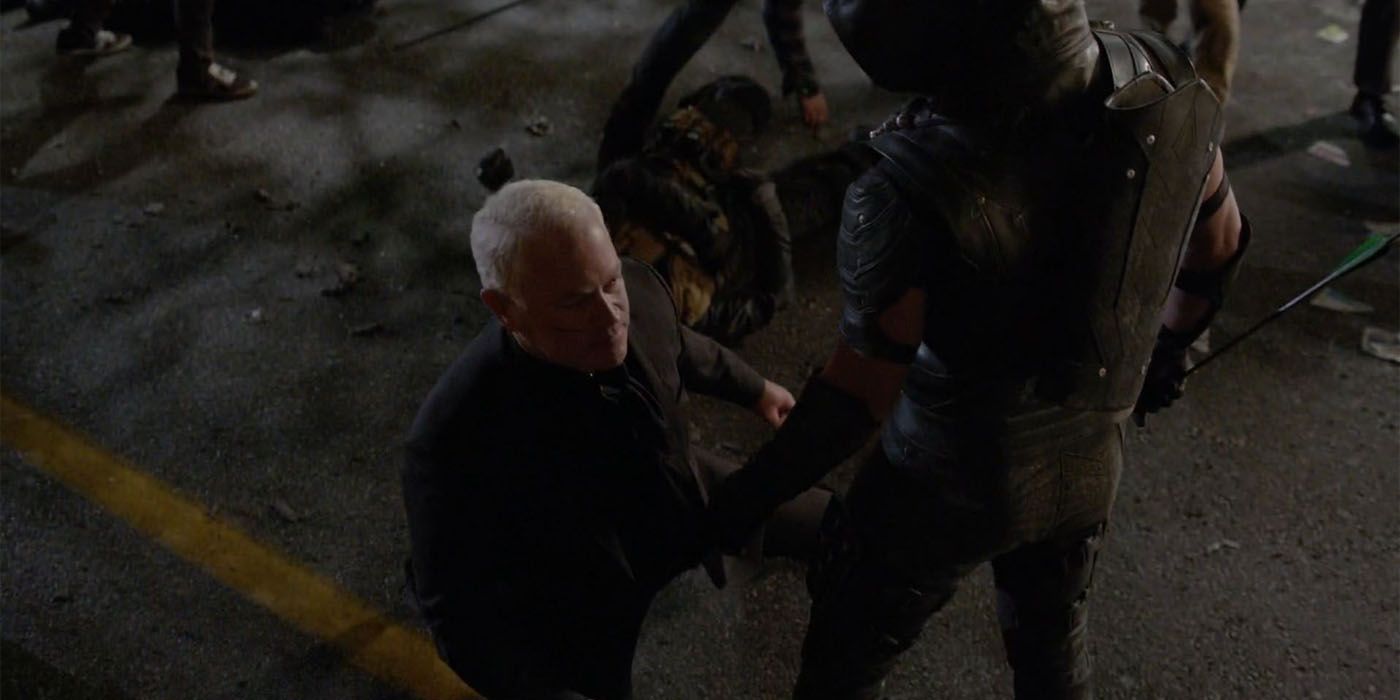 The battle between Damien and Team Arrow eventually came to a head after Oliver realized that he would never be able to defeat Damien while the HIVE leader was able to use his incredibly powerful magic. Oliver was able to find a way to separate Darhk and his powers, leading to the arrest and incarceration of the HIVE leader. Things seemed bleak for Darhk at this point. He was powerless, in jail, and his own organization turned against him, believing his methods to be too brutal (but deciding to still carry out the Genesis plan). Although Damien was able to orchestrate an escape from prison (during which he stabbed and killed Laurel) and a way to gain his powers back, this was the beginning of the end.

Damien managed to steal Rubicon, a system that can control nuclear weapons, and send one to Star City to start the nuclear war that would cleanse the world. However, Felicity was able to divert the nuke. Her decision saved the city (although it destroyed another), and Damien’s plan was thwarted. However, Damien was still able to absorb the mystic energies of their deaths and grow even stronger, seemingly becoming almost unstoppable… which did not bode well for Star City after he learned that his wife has been killed, and that his plan was doomed. He raged through the city, deciding that with his wife gone, he would execute a new plan; to destroy the world. Finally, the Green Arrow was able to stop him, harnessing his own powers of light magic, driven by the faith of those who see him as a hero. The two fought on the streets, a fight that ended when Oliver drove an arrow straight through his heart, and watched him die at his feet.

Rose Graceling-Moore has been writing about film, TV and comics since 2013, when she began writing for a local print magazine in Vancouver, BC. Since then, Rose has written for Horror Honeys, Moviepilot and Quirkbooks as well as Screenrant, increasingly focusing on comic books and live-action comic adaptations, as well as diversity and representation on screen. Rose also co-hosted the DC Movies Podcast, and has guested on other nerd and entertainment podcasts over the past five years. Rose’s love of comics began all the way back in the early ‘90s, when she discovered the X-Men while living in Africa (where there wasn’t a whole lot to do but read!), and since then has had an on-again, off-again love affair with not just Marvel, but DC and indie comics as well. You can follow her on Twitter: RoseMooreWrites for tweets about comics, movies, and more.