New photos from The Flash season 8 show Batwoman and Iris West bonding, and a tense-looking party in 2031 that will feature in “Armageddon” Part 4.

You Are Reading :Batwoman Meets Iris West In The Flash Season 8 Episode 4 Image 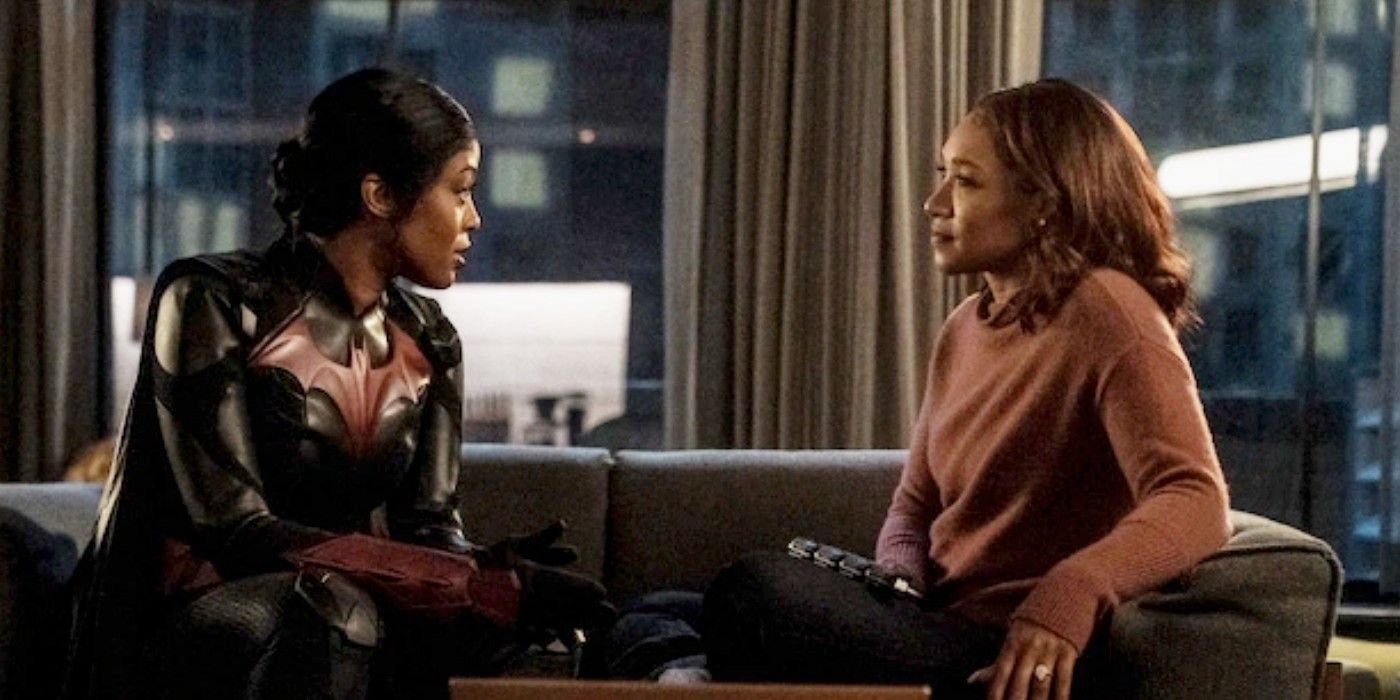 Unlike other crossover events, “Armageddon” will occur entirely in The Flash season 8, since Covid-19 restrictions limited the number of actors on set during production. Despite such restrictions, the first three parts of “Armageddon” have already led Iris and Barry Allen through some alternate reality mixups, like Barry forgetting Joe West’s death, with some familiar Arrowverse characters reappearing as guests. Some of these have included Cress Williams as Black Lightning, and Ryan Wilder also appeared for the first time in The Flash at a party in 2031 celebrating Iris’ engagement to Eobard Thawne, Barry’s longtime nemesis.

Now, new photos show that Batwoman and Iris West will also meet outside of the party in The Flash season 8, episode 4. In one of the photos shared by TV Line, the characters sit face-to-face on a couch, bonding. Another photo shows Ryan and Alex suited up at the party in 2031, while Iris wields a gun. Barry isn’t pictured in that image, but considering where the last “Armageddon” episode left off, and the images of Barry as Reverse-Flash, he is likely their opponent at the party. Check out the images below: 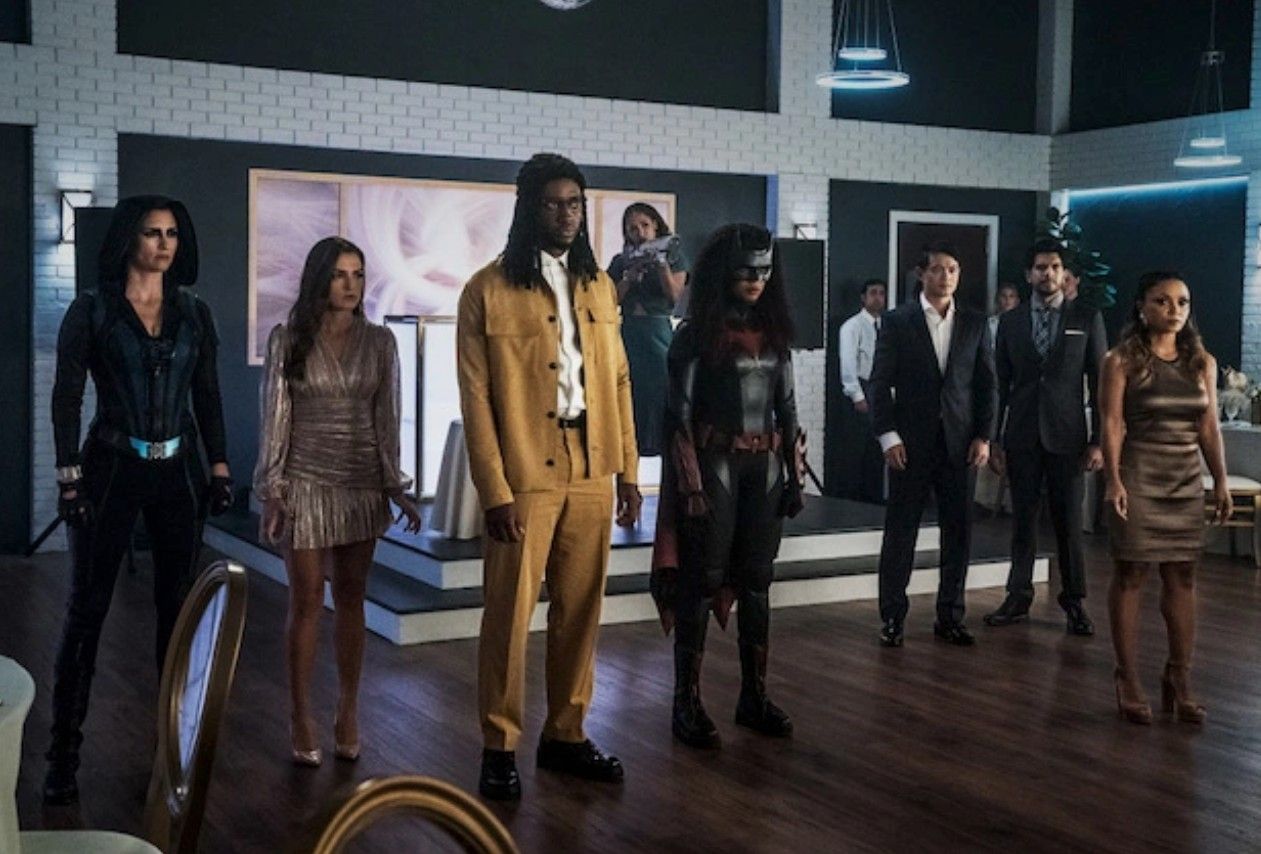 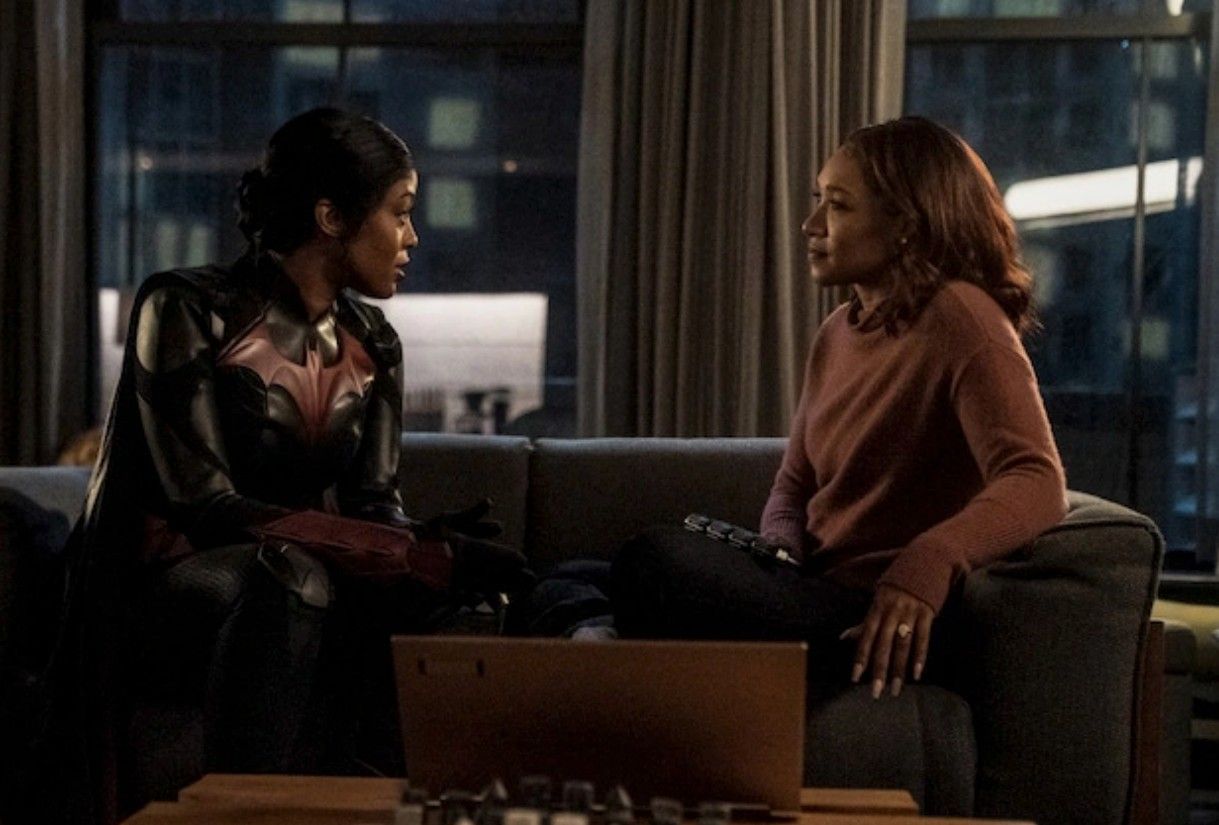 In a series where multiple worlds and characters exist, it is hard to guess what turns the story in the newest “Armageddon” episode will take just from photos. The new image doesn’t give much context, but looking closely, the Iris bonding with Ryan is from 2021, since her hair differs in style from the Iris at the party in 2031. Part 4 of the Arrowverse crossover will feature the Flash battling it out with Reverse-Flash, so this image may means that Barry won’t have to face 2031 and hostile friends alone.

The Arrowverse has always excelled at creating the scale of the DC Universe with its crossover events. Part of this is the new dynamics created when characters from different shows mix. Unfortunately, due to the Covid-19 pandemic, the crossover between Batwoman and Superman & Lois was canceled, and fans didn’t get to see Ryan Wilder interact outside of Batwoman. Seeing Ryan in The Flash is sure to be special, especially with her and Iris appearing so close in the new photo. How Ryan meets up with 2021 Iris is still unclear, but “Armageddon” promises an exciting final two episodes tying together all parts of The Flash’s life.