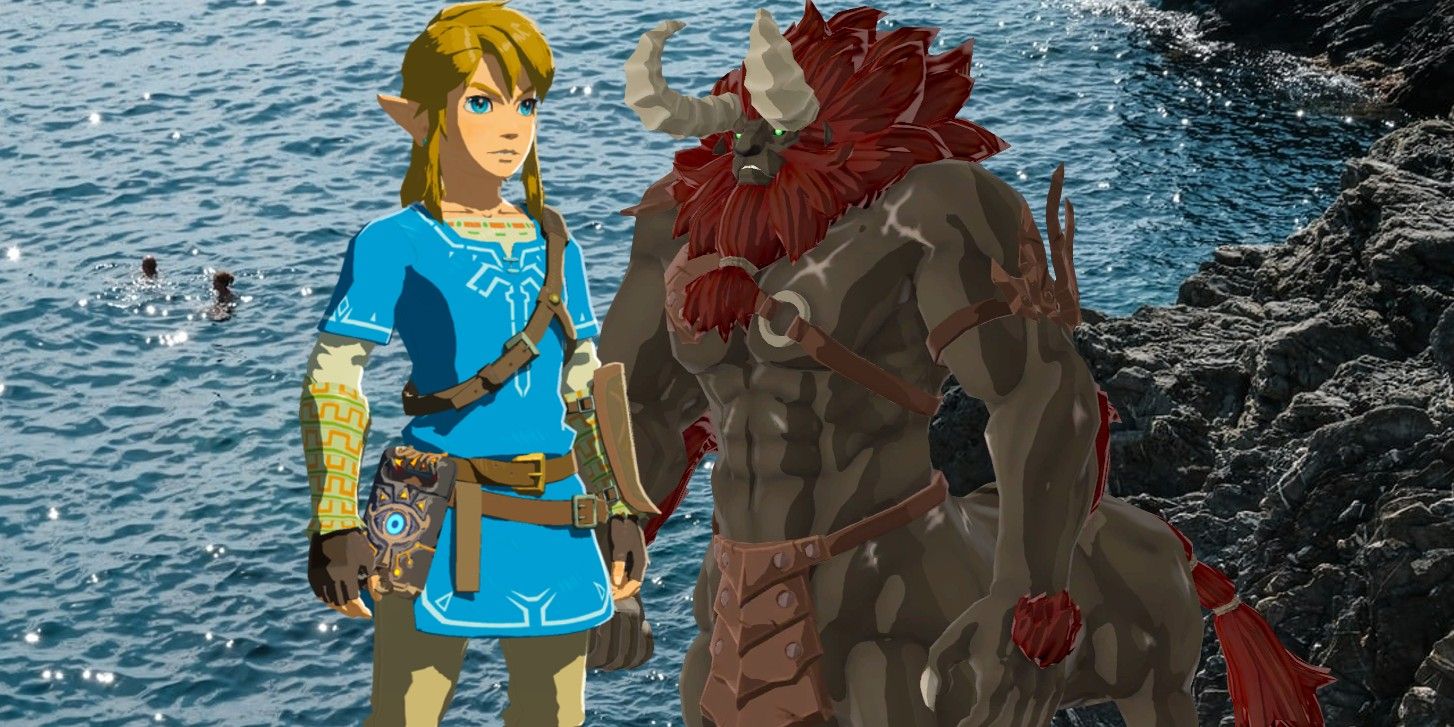 A Zelda: Breath of the Wild player has shared a clip of their encounter with a Lynel, which saw Link and his foe try cliff diving with mixed results.

You Are Reading :BOTW Player Takes a Lynel Cliff Diving With Unexpected Results

A player of The Legend of Zelda: Breath of the Wild has taken extreme sports even further by taking a Lynel cliff diving. BOTW has multiple ways to conquer enemies thanks to the game’s wide range of tools and features, which often see players discovering unique and unexpected routes to victory when in battle. Unfortunately for the gamer, their Lynel cliff dive didn’t end as well as expected.

Zelda: Breath of the Wild may have released in 2017, but the game remains one of the most popular titles in Nintendo’s catalog to this day, in part thanks to the freedom it offers players through its gameplay. As well as having unique fighting mechanics with degradable weapons, rune powers, and various maneuvers, BOTW is home to a large selection of enemy types, from run-of-the-mill Bokoblins to ferocious Lynels. Enemies in the game have different skills and weaknesses allowing for strategic play, and BOTW’s Lynels are tough foes, widely recognized as being some of the game’s hardest enemies to defeat.

Redditor ThornyFox shared their unique encounter with a Lynel to the Breath of the Wild subreddit, showcasing their daring cliff dive with the formidable foe. The video shows the player atop a cliff, trying to mount the Lynel when the enemy begins to fall to the waters below. The player is able to sit atop the Lynel as it drops, causing both Link and his enemy to dive through the skies into the water. Unfortunately for the player, it doesn’t seem as though the impressive cliff dive kills the Lynel, who’s nowhere to be found when the player hit the waters. According to ThornyFox, the game soft-locked following the cliff dive, noting: “The lynel [sic] despawns after the video ends but I was still stuck down there.”

The video might be one of the strangest BOTW Lynel encounters yet, proving that a cliff dive isn’t a valid strategy when bringing down the enemy. Many believe Lynels are harder to destroy than even some of the game’s bosses, and they can easily cause a game over for unseasoned players. Defeating a Lynel is near-impossible without a solid plan, decent weapons, and a lot of heart health, and, as demonstrated by ThornyFox, pushing them from a cliff into a pool of water won’t be enough to secure a Lynel’s defeat.

The Zelda: Breath of the Wild clip shows that while BOTW offers lots of freedom when it comes to battle, not everything is allowed by the Nintendo game. Since its release, players have been pushing its features to their limits using glitches and exploits to uncover everything Breath of the Wild has to offer. This has meant previously-disallowed elements have been made possible over the years, with BOTW horses glitched into Gerudo Desert, Link being given an extreme sunburn, and more. It’s possible that the Lynel clip could spark further investigations by the community, who might yet find a way to cliff dive to defeat a Lynel.