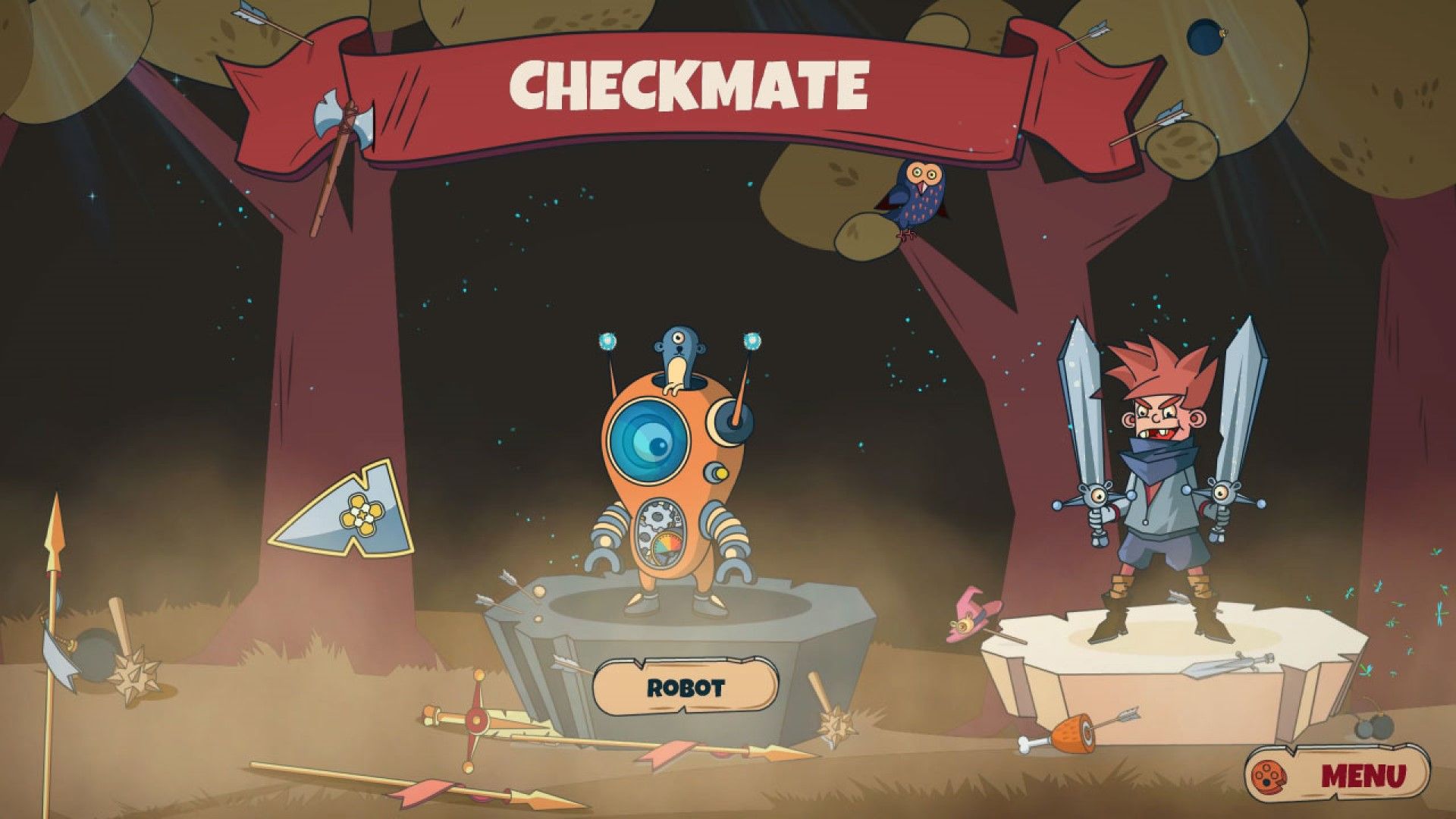 Brawl Chess gives players access to many different difficulty modes and solid AI, but it suffers from a severe lack of overall content. 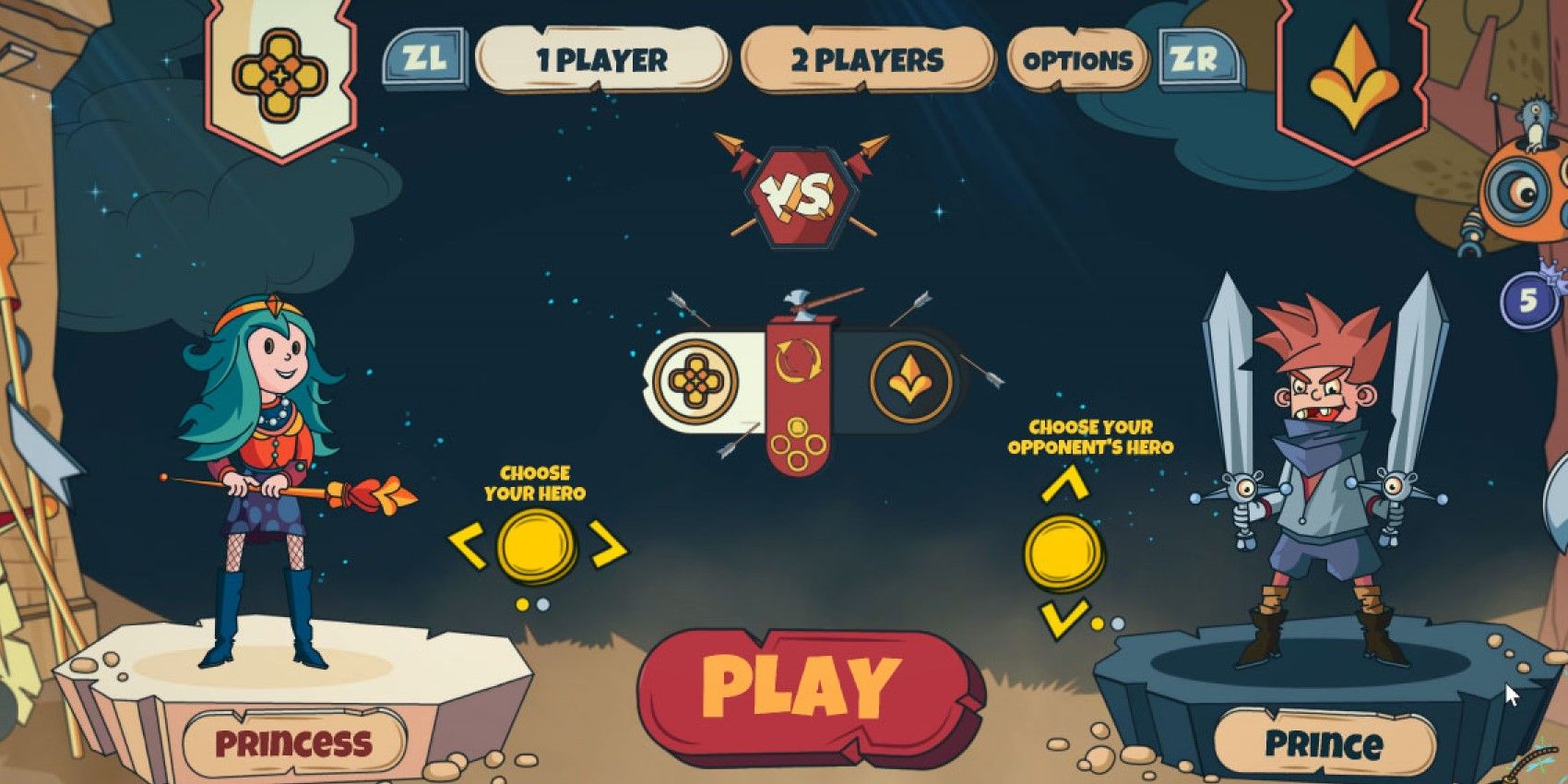 Developer RedDeerGames’ cartoony and family-friendly take on the classic game of chess, Brawl Chess, is a solid experience for both newcomers and veterans of the game. With multiple difficulty levels, indicators showing where pieces are able to be moved, and robust AI there is something on display for all kinds of players. Brawl Chess does suffer from a lack of content, however, and many of the cosmetic options are locked behind microtransactions, which may turn off quite a few gamers.

Brawl Chess does a great job of redefining the way chess is supposed to look. Each of the chess pieces have been completely redesigned in order to represent cartoonish soldiers facing each other down on the battlefield. This is helpful for those who aren’t very familiar with the game and find typical chess pieces a little too similar to keep track of. In Brawl Chess telling the difference between a Rook and a Queen is a simple as a quick glance, and it gives each piece a little more character than usual.

Other than the new designs, Brawl Chess doesn’t change the game of chess in any way whatsoever. Each of the pieces move in the exact same ways that they traditionally do, but there are a few ways that have made things simpler for newcomers. There are markers that appear every time the player selects a piece to show where it can be moved, which stops players from making an illegal move or from moving a piece when they should move their King instead. This basically means that players will spend less time keeping track of rules and more time playing which is always a good thing. 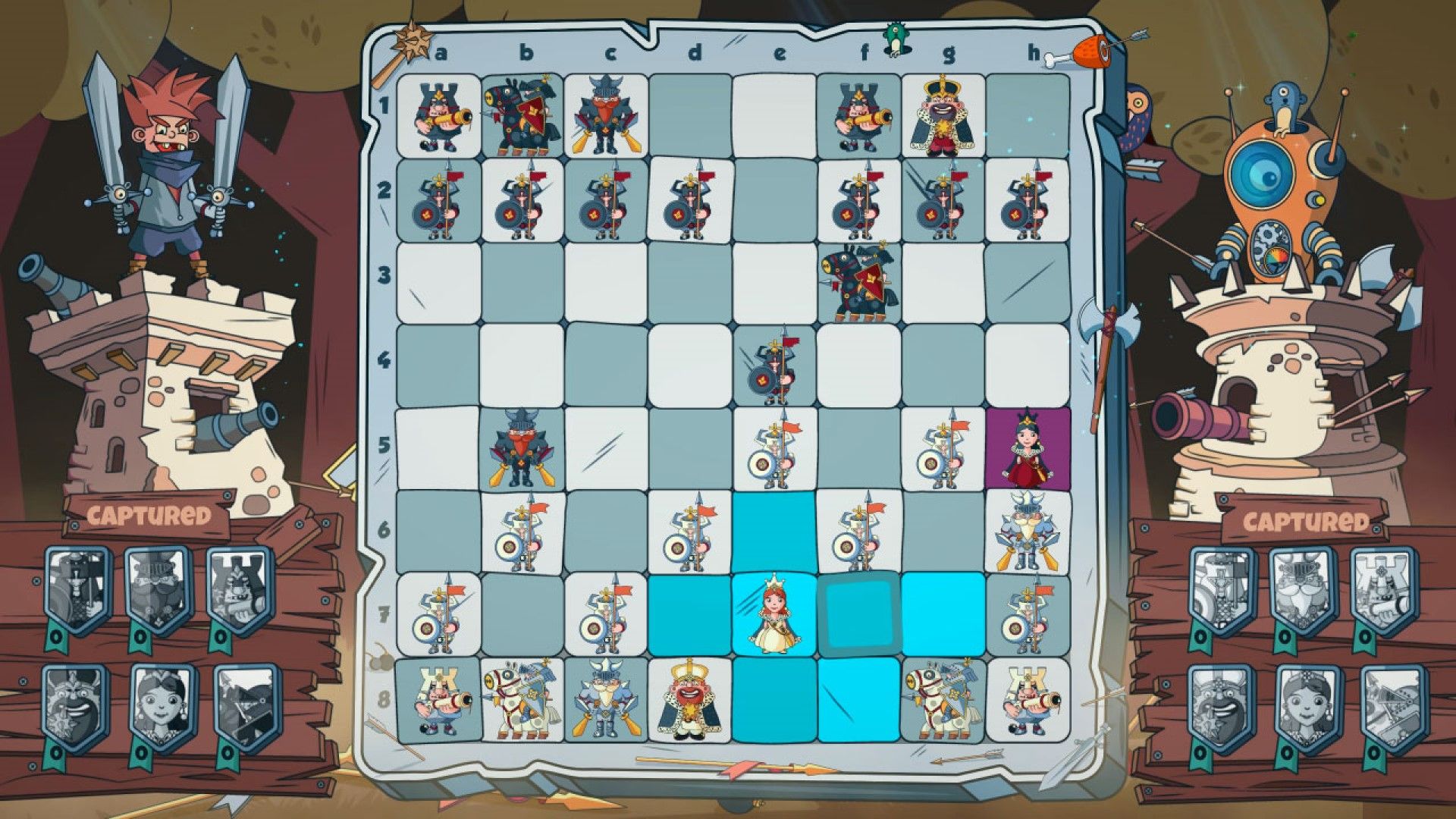 While Brawl Chess is more streamlined than a standard game of chess, and therefore more user friendly, it is a little frustrating to not be able to perform some more advanced strategic chess moves in-game. For example, if the player manages to get one of their pawns to the other side of the board it is automatically promoted to a Queen. While a player would most likely make this choice anyway, there are situations where it is more advantageous to promote to a Knight instead. This is a minor issue, but more experienced chess players will definitely notice the lack of more advanced features.

One thing that helps make up for this simplification is the five different difficulty levels for players to experiment with. It is highly recommended that those who only have a passing familiarity with chess start with the easiest level in order to grow accustomed to Brawl Chess, as the higher levels can actually get considerably more difficult. The Brawl Chess AI is very savvy and it will implement quite a few different advanced maneuvers depending on the level of difficulty that was picked. 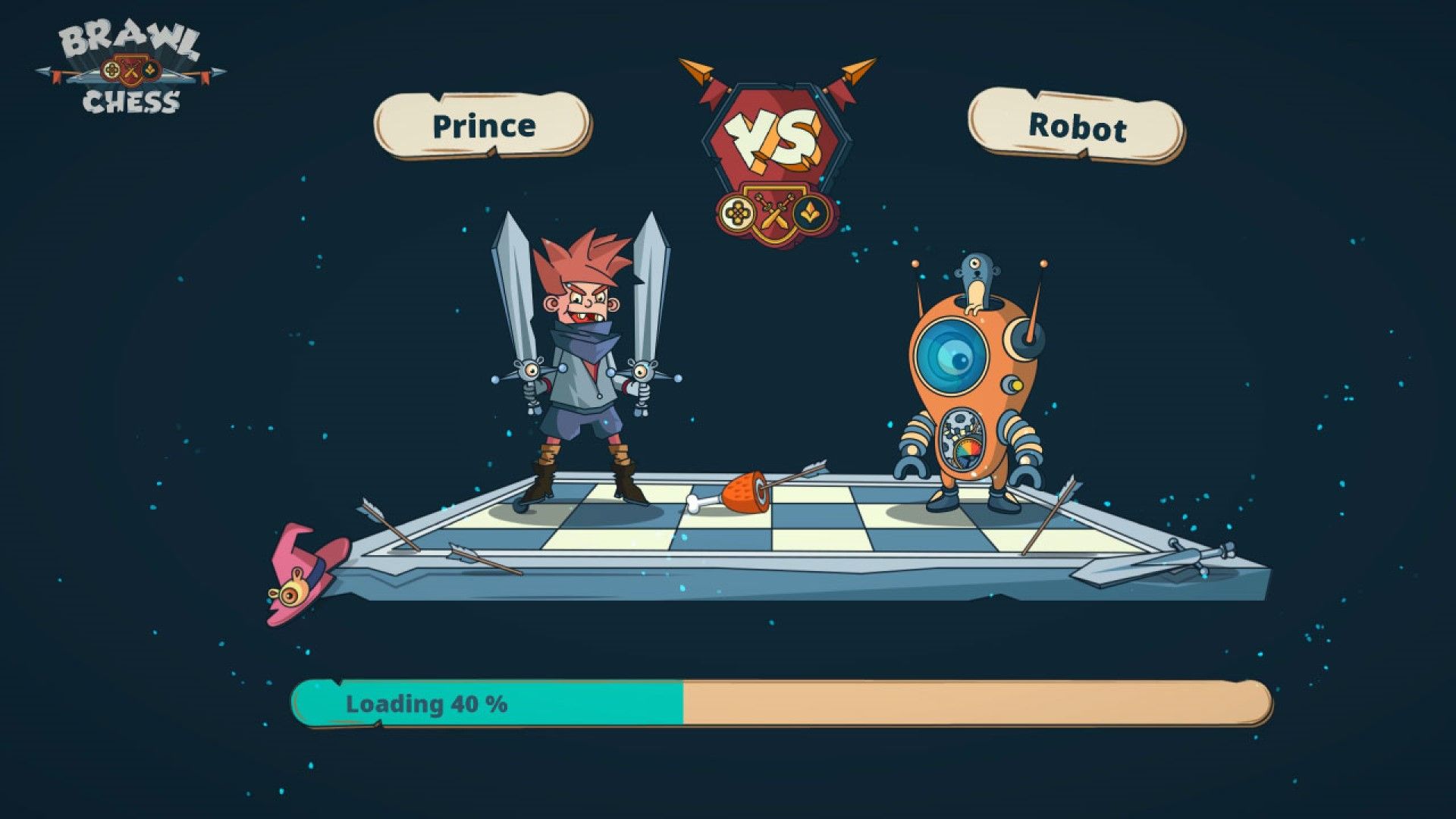 If players do find themselves growing bored of the AI they can always find a friend or family member to play with in local multiplayer. On the Switch this is as easy as docking the system and each player grabbing a Joy-Con. Switching between single-player and multiplayer is simple, but the biggest downside is that there are only a couple of different characters to choose from. There are several more characters that the player does have access to, but they are locked behind microtransactions.

The inclusion of microtransactions wouldn’t be that big a deal if there was more content available in Brawl Chess, but there really isn’t. With only the two modes to play in, things can get dull fast. While it certainly isn’t expected for a game to completely reinvent the game of chess, there could have been different scenarios or challenge modes useful for players wanting to improve their skills. In its current state Brawl Chess is just chess. There is nothing wrong with simplicity, but without additional features or game modes on top of a standard game of chess, Brawl Chess does feel a little bland. Those who want a well-made chess game that they can take on the go with the Switch though could do a lot worse than Brawl Chess, so it’s got a niche and it fills it well.