DC Reveals Its New Era is Basically a War on Marvel

DC Reveals Its New Era is Basically a War on Marvel

DC and Marvel have always competed for the top comic spot. Recently, though, DC has full-on declared war on Marvel and their storytelling.

You Are Reading :DC Reveals Its New Era is Basically a War on Marvel 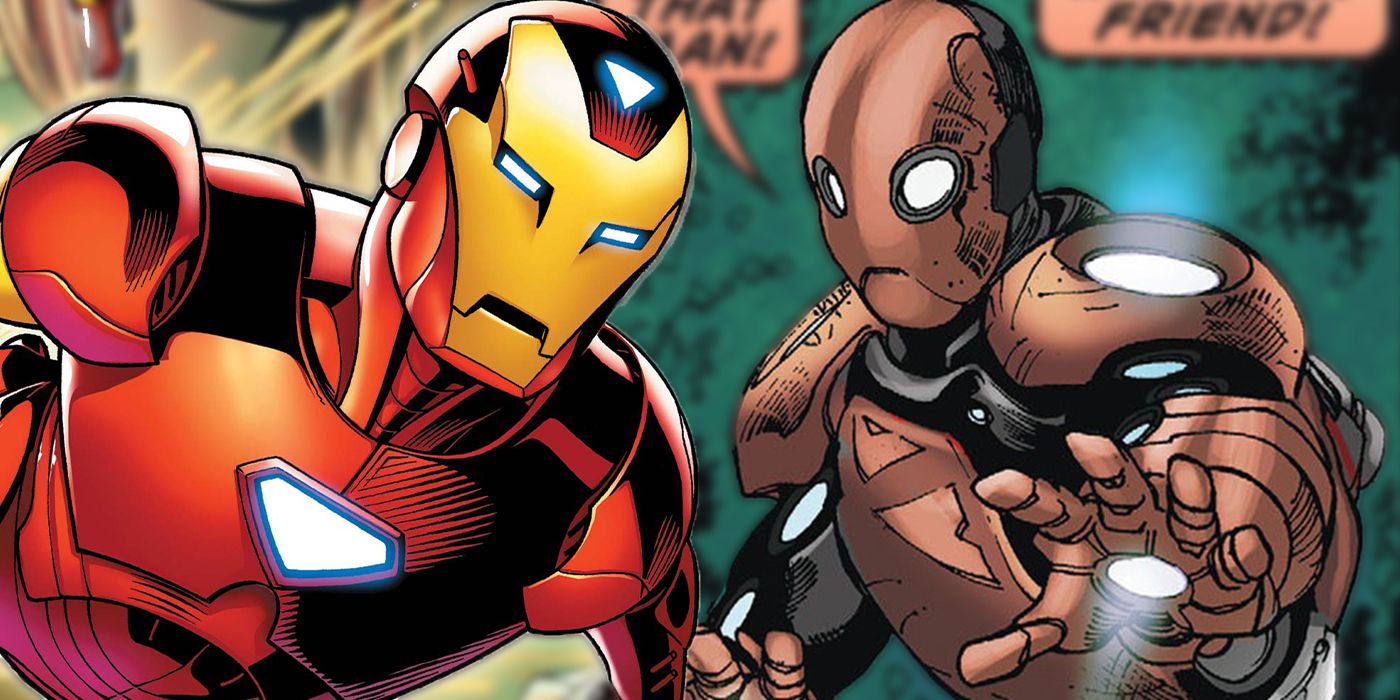 Warning! Spoilers ahead for Infinite Frontier #6!

As the two biggest names in comics, DC and Marvel compete often. Whether it is for prestige in the industry or growing their reader base, both publishers frequently clash and strive to outdo each other using their distinct styles of storytelling. DC Comics, however, has all but revealed that its latest era, spearheaded by the Infinite Frontier, is an open war on Marvel.

In the new Infinite Frontier series by Joshua Williamson and Paul Pelletier, Darkseid has launched his first attack against the various Earths of the Multiverse with the help of Psychopirate and Machinehead. As Darkseid misled and captured several heroes including Barry Allen, Roy Harper, and Flashpoint Batman, readers are exposed to several bits of new information regarding how DC’s new omniverse works, and how various characters are reacting to the fact that the boundaries between realities are so thin now. Particularly, readers learn how several alternate realities resent Earth-0 (Previously Earth-Prime, the main continuity) as Earth-0 remains relatively intact while many other realities suffer and perish as the result of DC’s several crises.

Machinehead in particular shoulders a lot of this resentment as with Darkseid and Psychopirate’s help, the former hero from Earth-8 assembled a team of like-minded characters to oppose the Justice Incarnate team. As Machinehead fights President Superman, he explains that the Flash is responsible for the corruption of his world. When Flash created the Flashpoint paradox, the cracks in the fabric of reality affected the entire multiverse, which in turn made Machinehead’s world “Harder. Darker.” Machinehead argues that the Multiverse should remain separate, lest all the alternate Earths suffer again because of Earth-0’s actions. At the same time, Flash is being fed false, hopeful realities by Psychopirate to keep him running on Darkseid’s cosmic treadmill and tunnel through the fabric of the Multiverse, the same kind of realities readers can infer Machinehead came from.

See also  Why AAA Studios Are Focusing On FreeToPlay Games 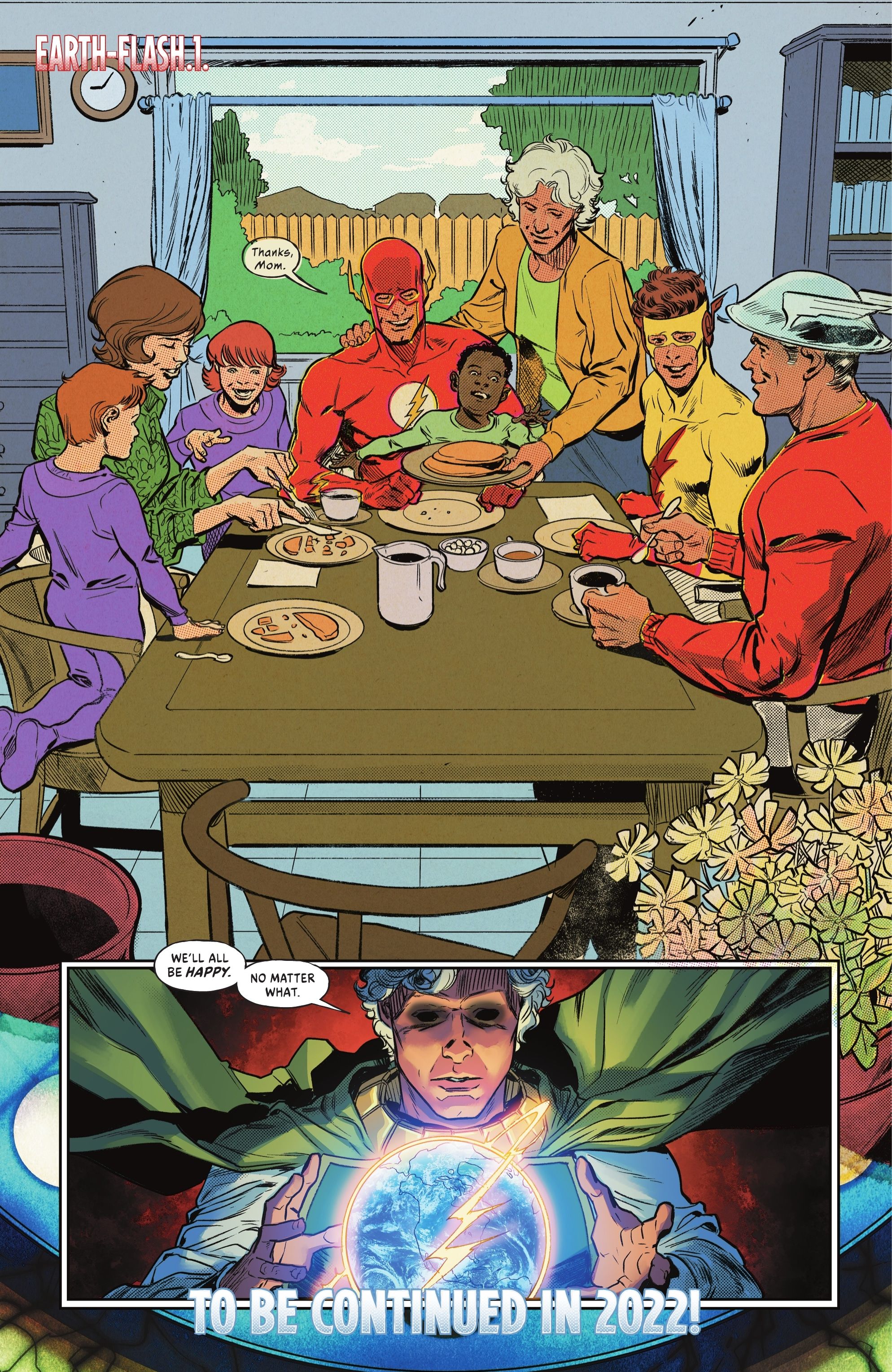 As Machinhead is a pastiche of Ironman, it’s evident that the critique he offers is that if Marvel told as many dark stories as DC does, with the frequency to match, it would lose its appeal. That said, dark stories do have their place, and when done well can contribute positively to comics. The emotional impact of dark stories, as evidenced by the Flashpoint paradox and the ongoing storyline with Thomas Wayne’s Batman, can ultimately far outweigh the gratification of safe, saccharine, and overly hopeful stories where the good guys always win, without a significant cost. The comic ends with Flash finding Multiverse-2, the original multiverse destroyed by the Antimonitor. The space’s sole inhabitant is now the mysterious Pariah. Pariah traps Barry Allen in an alternate world where everything is perfect for him, including his mother being alive! While this might seem like a kindness, without all the darkness in Barry’s life, he couldn’t have become Flash, and he couldn’t have matured into the man he became. While dark superhero stories can be tragic, and uncomfortable, ultimately they offer the heroes readers love important growth opportunities, and genuine adversity and hardship, making it more relatable.

DC and Marvel have always competed as the two largest publishers in the comics space. While their rivalry and competition have often made tongue and cheek appearances in both publishers’ comics, DC has recently raised the bar by admitting through the Infinite Frontier that their new approach to continuity is in direct opposition to Marvel Comics’ general tone and storytelling.