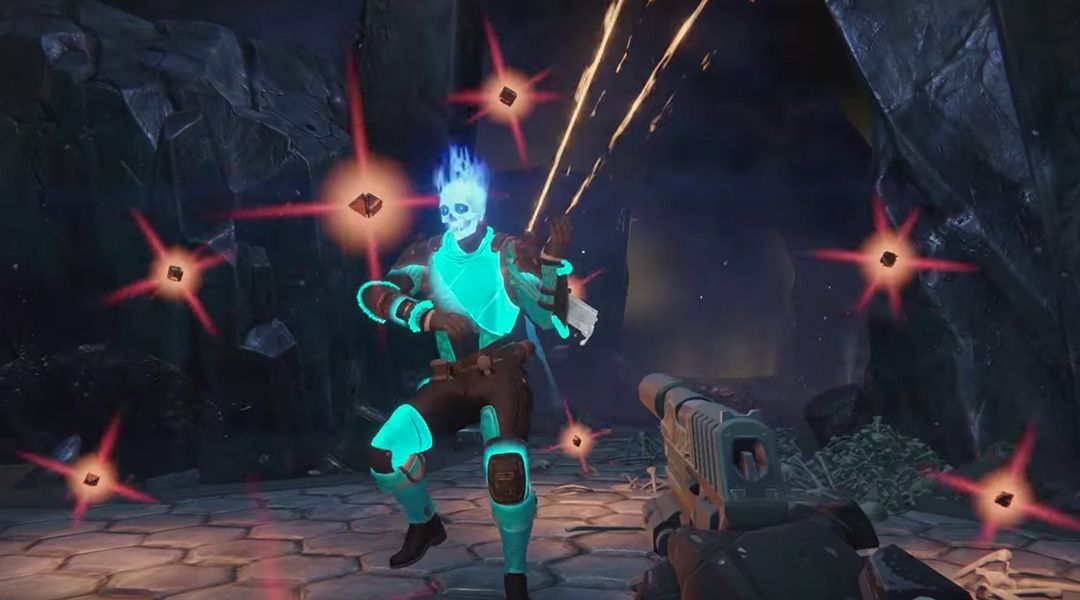 With Halloween less than a week away, many games are rolling out special, spooky events to celebrate the autumn holiday. Destiny is no exception and hardcore players have already been exploring the seasonal Festival of the Lost completing quests to collect special holiday-themed rewards in the MMO shooter.

Although Bungie went out of its way to make sure that Destiny felt seasonal for the next week or two, one group has decided to take things a step further and use the tools that the game provides to create a bizarre Halloween-themed music video. By combining in-game holiday items like special helmets, emotes, and weapons; the group created an impressive and hilarious music video to celebrate the holiday.

Take a look at the finished result in this ‘Saw Something Weird On The Moon’ video. The video starts off normal enough, but less than a minute in the choreography starts to take off…

While some groups of Destiny players can’t even get every group member to stand in the right spot during a boss fight, this crew manages to coordinate and work as a unit perfectly for over six minutes. The well-placed editing helps a lot, but there’s still no denying the impressive dedication to this stunt. The masks and music work very well, but it’s the use of guns and grenades to create a light show that might be the most impressive aspect. There’s the chance that the music will cause a copyright issue and get this post taken down, so be sure to watch it now while you still can.

See also  3 Games to Play on Halloween for NonHorror Fans

Destiny players have proven to be a creative bunch time and time again during the game’s first two years (including in-game engagements), so it’s no surprise to see such a cool creation from the community. Christmas is just a few months away, so hopefully this team is already hard at work choreographing their next performance.

If you want to pick up all of the unique Festival of the Lost items, including the broom stick sparrow, be sure to check out the rest of our Destiny guides and updates.

What do you think of the Destiny music video? Have you been playing the Festival of the Lost? Let us know in the comments.

Destiny: Rise of Iron is available now on PS4 and Xbox One.