It appears that a new glitch has been discovered in Destiny, this one affecting heavy ammo in PvP, allowing a player to pick up an extra magazine of heavy machine gun ammo. 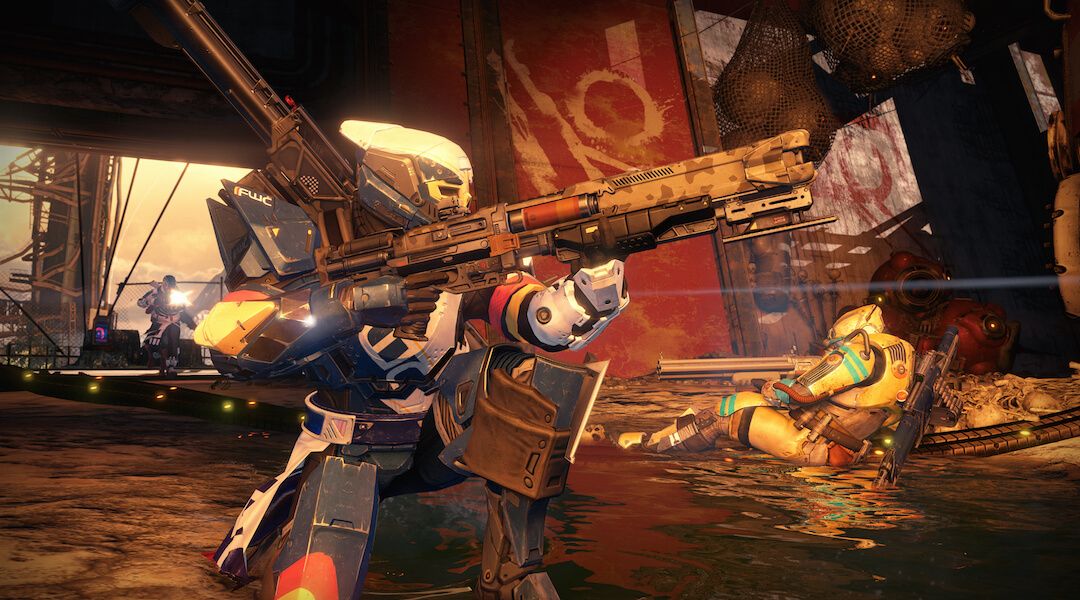 It appears that a new glitch has been discovered in Destiny, this one affecting heavy ammo in PvP, allowing a player to pick up an extra magazine of heavy machine gun ammo.

Destiny has had its fair share of glitches in PvP that have negatively affected the competitive landscape. There have been a few glitches affecting the Hunter class—the Nightstalker’s infinite Shadowshot glitch and the bug that allowed Gunslingers to charge their Super at an incredibly fast rate—but this new exploit appears to be available to any player regardless of class.

Discovered by Twitch streamers Luckyy and Buttwipe, the bug appears to work when a Destiny player has a heavy machine gun equipped and picks up heavy ammo from the heavy ammo box during a Crucible match.

As can be seen in the video below Luckyy is pulling the heavy ammo box and performing the exploit, but the bullets are not showing on his screen. From his point of view, it looks as though he is not firing. But from Buttwipe’s vantage point, it’s clear that he is firing an entire clip from his heavy machine gun.

The exploit hasn’t been fully tested, but here’s how Luckyy and Buttwipe were able to perform it. Before pulling heavy ammo, Luckyy held down the trigger and held it all the way through picking up the heavy ammo box. Once granted the heavy ammo, his heavy machine gun automatically started firing, but the bullets weren’t coming from Luckyy’s active magazine or reserve ammo. And again, Luckyy couldn’t see it happening, only other players could.

Luckyy and Buttwipe are able to successfully show off the exploit on stream around the 3 hour, 48 minute mark:

Unfortunately, there weren’t any enemy players around to take damage from the free shots of heavy ammo granted by the glitch, but this trick could come in handy in certain PvP situation. In the Trials of Osiris gametype, it isn’t too common for players to crowd heavy ammo boxes, but in a gametype like Rumble where many players could be in close proximity to a heavy ammo box after vying for control of it, this could potentially allow a player to clean up some kills straight off heavy ammo spawns, then walk away with full ammo to do more damage.

It’s unclear whether this may also give players an extra rocket using the same method, which could potentially fire off a free magazine of rockets as well. Luckyy and Buttwipe didn’t test it out, but they did test out the trick with swords and it did not work.

With Iron Banner returning tomorrow, this exploit could see some action in the community. And with Bungie usually moving pretty fast to patch exploits like this one, it might not last long.

Have you tried this new glitch with Destiny’s heavy ammo? Will you?