Dragon Age’s Dalish elves have a rich culture and history that hasn’t often been explored. Dragon Age 4 should add a Dalish companion to change that.

You Are Reading :Dragon Age 4 Needs A Dalish Elf Companion

BioWare fans are anticipating the release of Dragon Age 4, which is currently in the works following its announcement in late 2018, and it needs to have a Dalish elf companion in its roster. Given how little story content has been revealed thus far, save for the involvement of a few returning characters and a potential Dragon Age 4 setting, it’s difficult to speculate exactly what elements of the franchise will be returning in the new Dragon Age game, but the involvement of the Dalish elves would be a big strength.

[Warning – spoilers ahead for Dragon Age: Inquisition and Trespasser.]

Dragon Age’s Dalish elves are nomadic, and seek to recover and preserve the history of the fallen elven kingdoms. Unlike city elves, they revere the elven pantheon and maintain distance from human society. Their society largely revolves around hunting and foraging, though they’re occasionally known to trade with humans for items that cannot easily be hand-crafted. All three mainline Dragon Age games include Dalish campsites as a location for players to visit. There’s even a recruitable Dalish agent in Dragon Age: Inquisition.

Dragon Age: Inquisition also introduces two elven companions, Solas and Sera, neither one is Dalish nor are they particularly fond of them as a whole. In fact, an elven Inquisitor who is romancing Sera will be unable to continue the relationship if they do not agree to discard their gods entirely. Bringing in a Dalish perspective could provide a clear contrast to the viewpoints provided by Dragon Age: Inquisition’s companions, and could help Dragon Age 4 explore the history of the elves more thoroughly.

Why The Dragon Age Series Needs To Include Dalish Companions 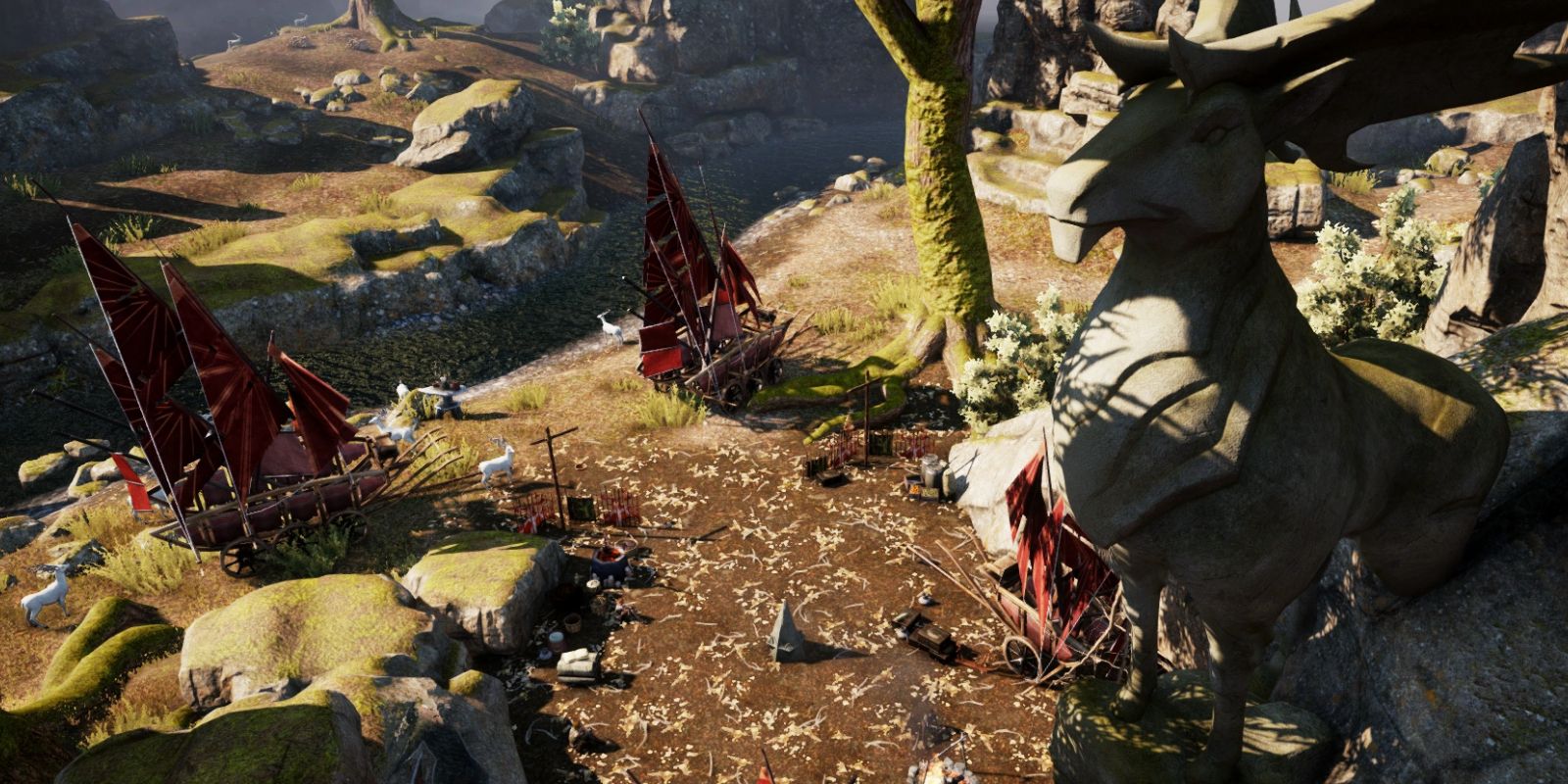 If Solas is as involved in the next Dragon Age game (as trailers seem to be hinting), it would be a great opportunity to introduce a Dalish companion to the series again given the Dalish elves’ relationship with Fen’Harel. Some have even speculated that Solas could serve as the main villain of Dragon Age 4, which would make it even more probable that the Dalish would be involved in some way. BioWare is seemingly aiming towards a 2023 release date for Dragon Age 4, meaning it’s likely that additional story details, including the potential inclusion of the Dalish elves or even a Dalish companion, will be revealed as 2022 approaches.