Escape Is the Darkest (and Greatest) Planet of the Apes Film

Escape Is the Darkest (and Greatest) Planet of the Apes Film

We look back on 1971’s Escape from the Planet of the Apes and its transformation from comedy to dark allegory that makes it the franchise’s best entry.

You Are Reading :Escape Is the Darkest (and Greatest) Planet of the Apes Film 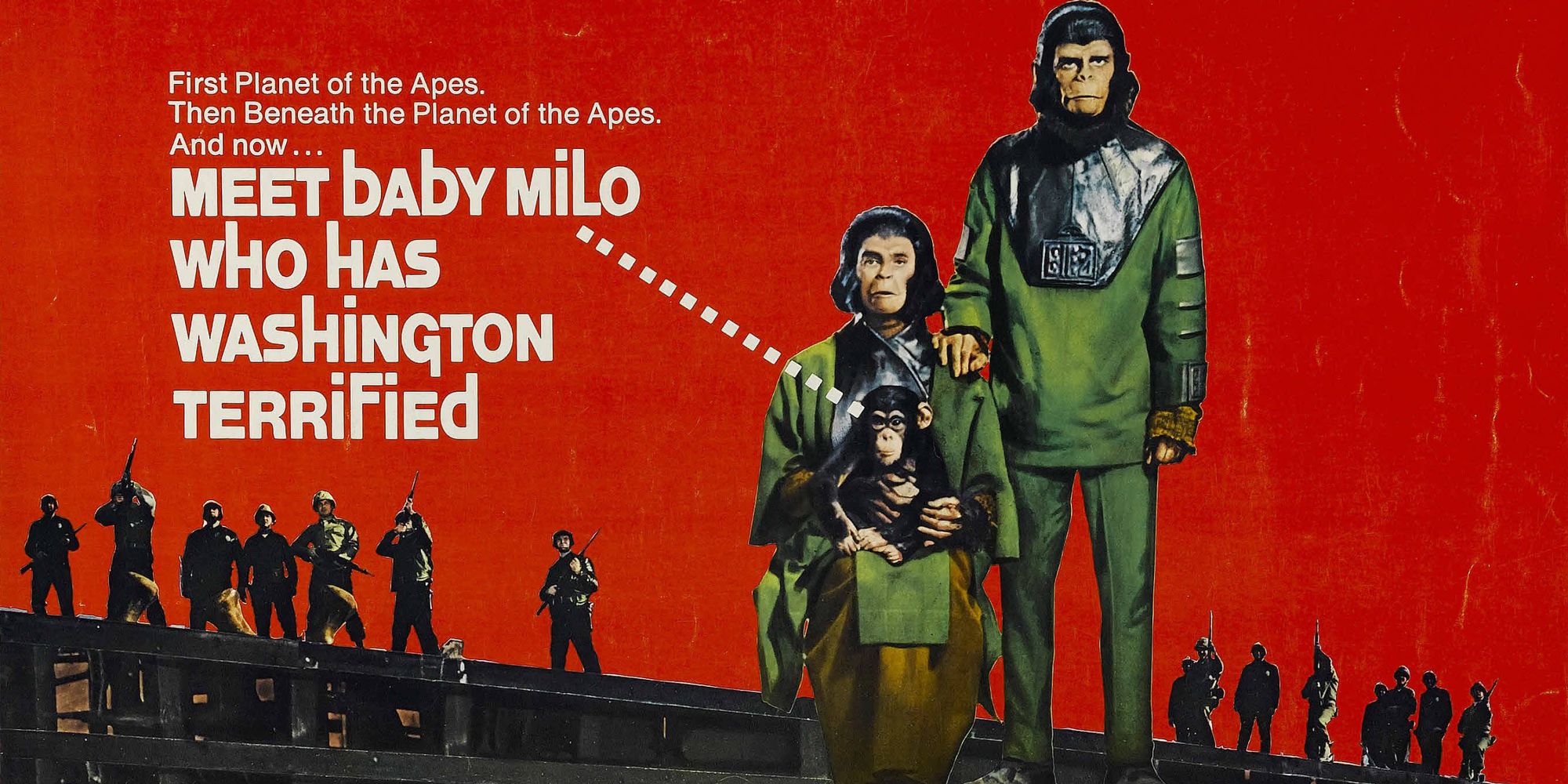 The Planet of the Apes franchise is as important as ever, reflecting the worst of humanity in each entry: our thirst for conquest and power, our brutal treatment of animals, and each other, and our horrible stewardship of the planet. For a Hollywood film series it’s incredibly bleak, and portrays humanity negatively, and maybe even inherently evil. Against the contemporary backdrop of an increasingly divisive political environment, these themes ring particularly true. And perhaps no film in the nearly 50-year-old series hammers home these messages than 1971’s Escape from the Planet of the Apes.

REVIEW: War for the Planet of the Apes Booms With Action, Yet Still Bores

To understand the place Escape inhabits, you have to know a little about the franchise up to that point. While the first two Planet of the Apes films were set on a post-apocalyptic Earth, Escape literally rockets a trio of apes into the past (the 1970s, specifically), centuries before the conquest of the planet and the Ape War. The characters that escape the distant future narrowly avoid the fiery death of the planet that would take place in 1970’s Beneath the Planet of the Apes. In that (incredibly strange) film, the second in the series, a doomsday weapon is activated that presumably destroys the entire planet and everyone on it — both ape and man. In the sequel Escape, it’s revealed the only survivors are the trio of Dr. Milo, Zira and Cornelius. 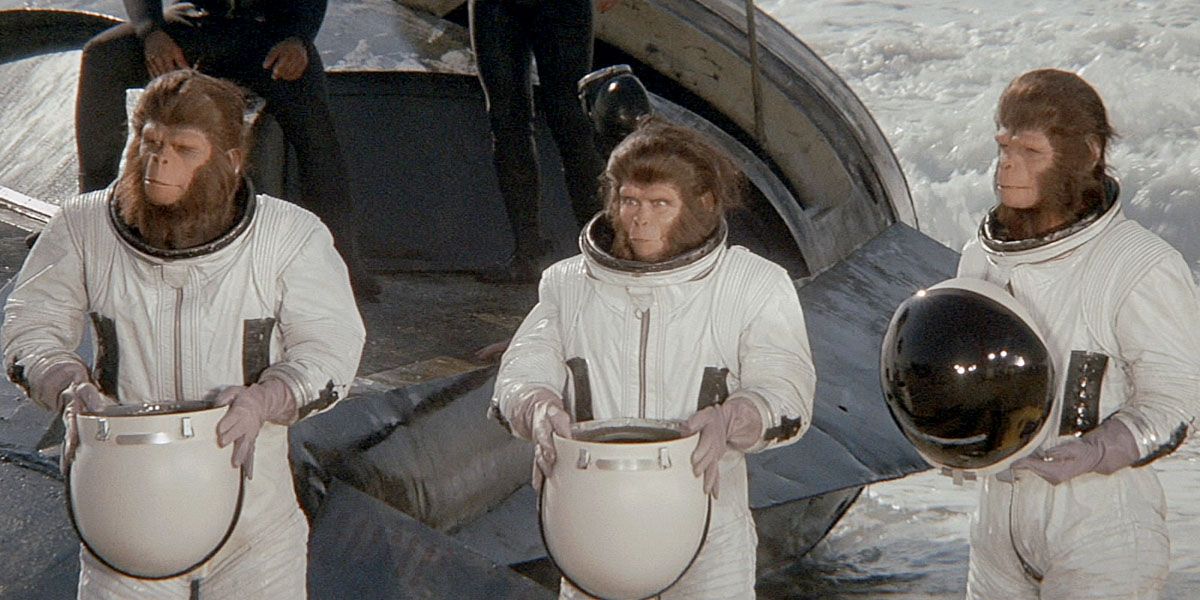 Directed by Don Taylor from a script by Paul Dehn (Goldfinger, Beneath the Planet of the Apes), the film hinges on the endearing romance between Cornelius (Roddy McDowall) and Zira (Kim Hunter). Exemplifying a very human relationship, the duo comically tries to navigate the strange world of the 1970s. They’re smarter than humans, and the humans just aren’t having it. Over the course of the film, their companion Dr. Milo (Sal Mineo in his final film role) is killed a zoo gorilla, the apes are investigated by a presidential commission and become celebrities, and Zira gives birth. That offspring is named Milo, after their late scientist companion, but in later entries, it’s revealed (as he’s renamed in the next film) their son is none other than Caesar, the first ape born in the 20th century that learns to speak English, uttering his first word: “No!”

RELATED: War for the Planet of the Apes Director Reveals Classic Influences

In a fiery shootout in the final act, Cornelius and Zira are pursued and killed by the president’s science adviser, who had discovered clues to the fate of humanity on a “planet of the apes.” The two are betrayed by a species they thought they could trust. Setting aside their knowledge of the future and biases against humans, Cornelius and Zira believed they could rationalize with the more “intelligent” life and live among them. They were very, very wrong. Man is inherently cruel and can’t simply stand to co-exist with a species possessing equal (or superior) intelligence. And Cornelius, a character who would never consider killing, does so mercilessly in the most bloody scene of the film. Humanity changed him for the worse, and boy-oh-boy, Escape from the Planet of the Apes is no longer a comedy. 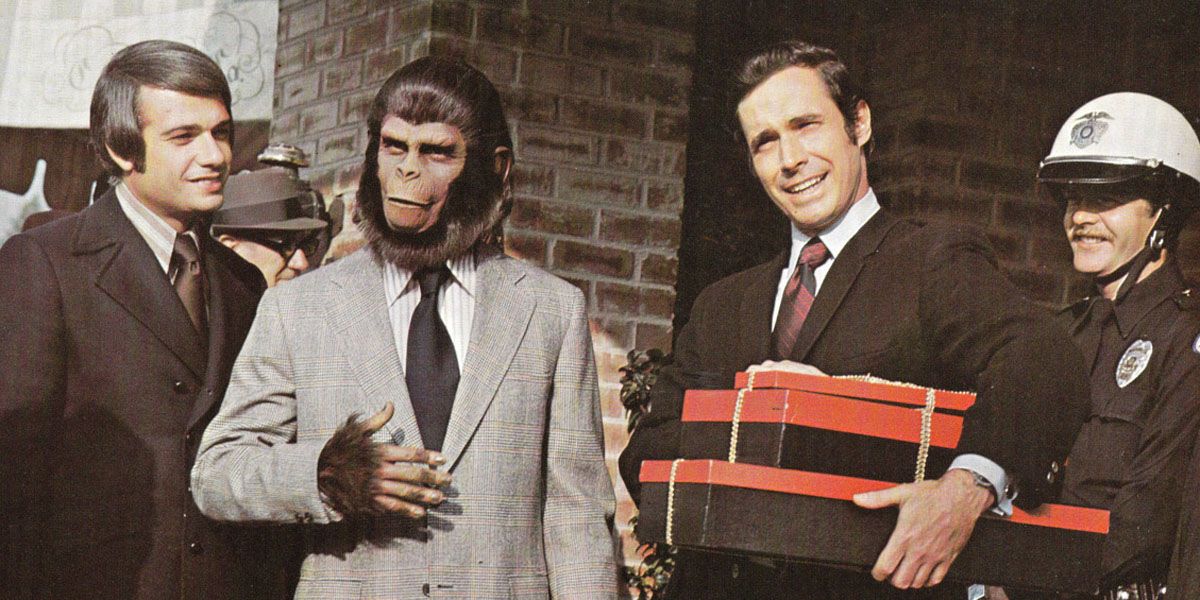 It’s a particularly dark film because of its transformation from a lighthearted, fish-out-of-water comedy into a allegory for the destruction of our planet and its inhabitants. Characters change over the course of the the story: Cornelius goes from a lovable peace activist to a cold-blooded killer. It’s humanity that is the catalyst for this change, corrupting a being of love into one of its own: a destroyer.

RELATED: War For the Planet of the Apes Teaser Features Voice From the Past

So, the humans kill Cornelius and Zira, and think they did away with their baby. But then it’s revealed the young ape was switched earlier in the film, which means Milo (or Caesar) is indeed alive, despite the horrific actions of the humans. That sets up Caesar’s origin story in the next film, 1972’s Conquest of the Planet of the Apes, and the further exploration of what led to the Ape War and the persecution of humans.

Escape makes one think about the transformation of our society and its views toward marginalized groups. Rather than building up and believing in fixing the institutions we’ve tried to uphold over the centuries, we’ve become cynical and would rather destroy everything, in addition to tearing down others we simply can’t trust or choose to blame. Escape exemplifies this gradual negative transformation impeccably well, especially for a film created in the 1970s — a time perhaps a little too similar to our state of corruption and distrust in others. 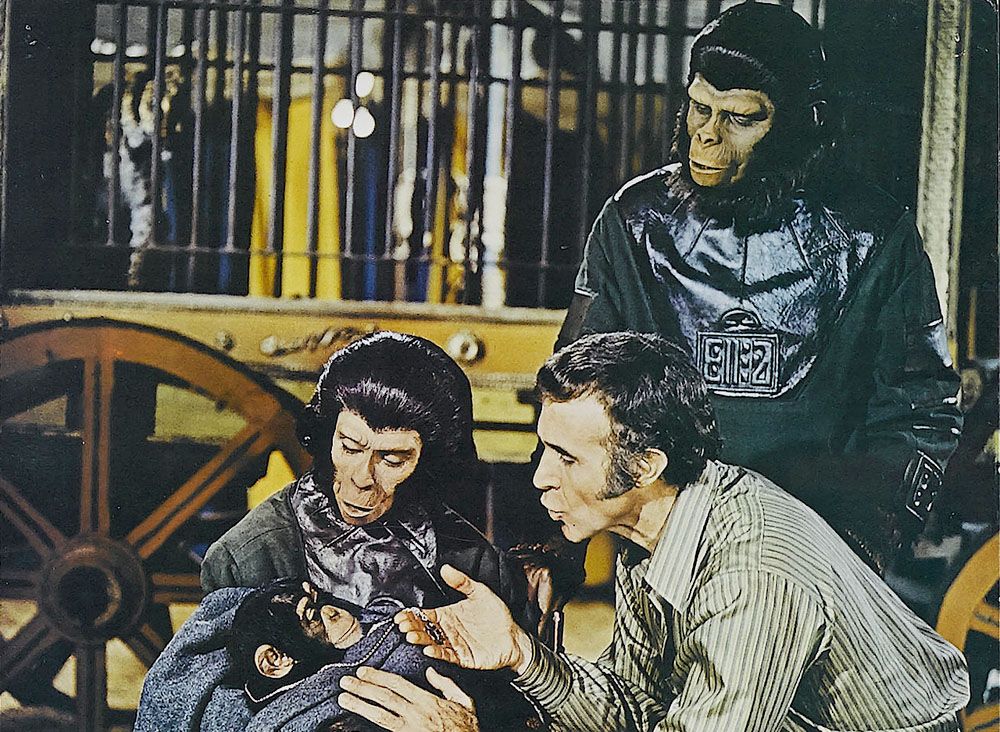 A quote from the film sums up the fault of humanity quite perfectly: