Who knew Charlie Kaufman could write a compelling love story? Jim Carrey and Kate Winslet are perfectly cast in this movie.

You Are Reading :Eternal Sunshine of the Spotless Mind Review 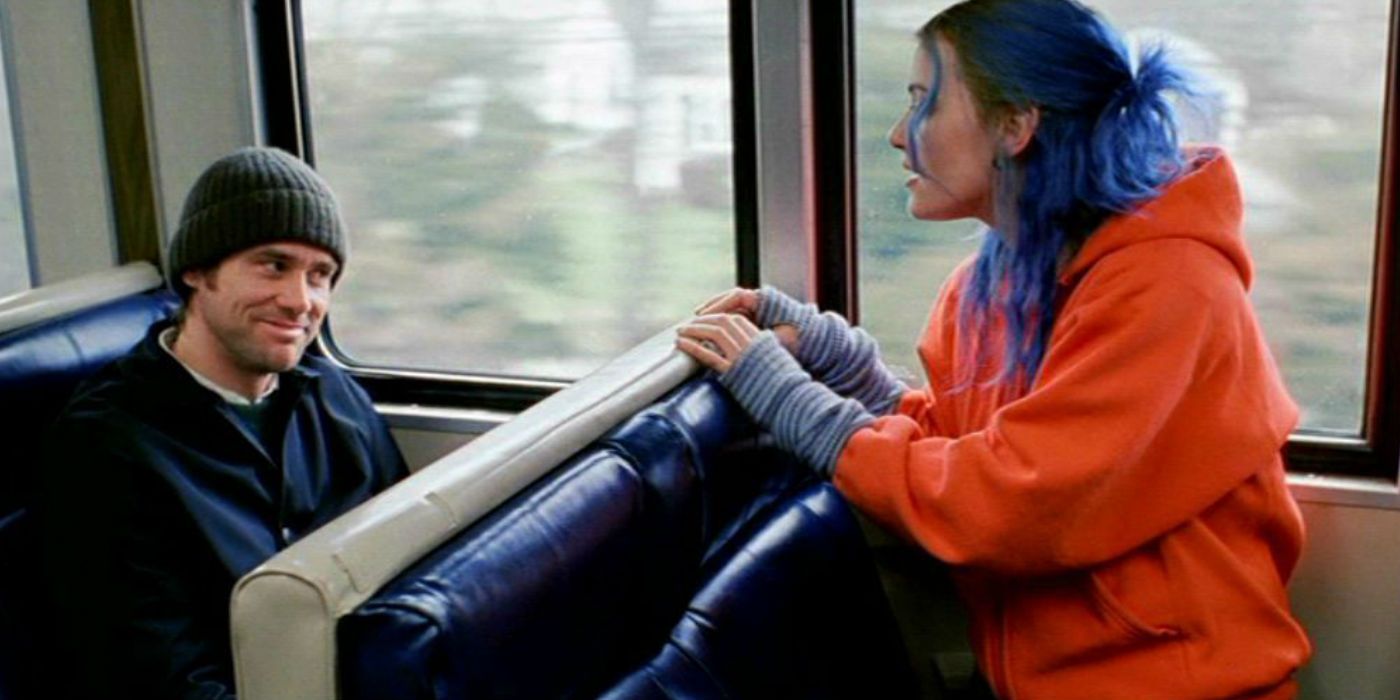 Who knew Charlie Kaufman could write a compelling love story? Jim Carrey and Kate Winslet are perfectly cast in this movie, and Winslet’s Oscar nomination was well-deserved. The writing, direction and acting are all top-notch.

How happy is the blameless vestal’s lot!

Eternal sunshine of the spotless mind!

Each pray’r accepted, and each wish resign’d.

— Alexander Pope, from his poem Eloisa to Abelard

First of all, there’s an admission I need to make. Historically, I haven’t really liked Charlie Kaufman’s work. Don’t get me wrong; I like movies that make me think, I like movies that defy convention, I like twisted movies and I like thoughtful, well-written dialogue. Kaufman does well on all counts, but for whatever reason, I have never really “gotten” his style of writing. I hated Being John Malkovich so much that I had to stop about halfway through the movie. Original? Yes, but I didn’t get it. I had no need to see Adaptation; it didn’t appeal to me in the least. But this movie did. I was a little reluctant to see it in the theater because I knew it was going to be a mind trip (and trust me, it is). But by the time it made it to DVD, I knew I had to see it, and I have to admit, I was really surprised by how much I enjoyed it.

The story is set in the Long Island, New York area, and it starts out with Joel Barish (played by Jim Carrey) going to a train station. At the last possible minute, he decides to switch trains. While on the train, he meets a free-spirited woman named Clementine (played by Kate Winslet). Although the initial encounter is a little awkward, they soon hit it off and begin a relationship. The movie quickly skips over the details of the relationship (for now) and goes straight to the post-breakup phase. Joel is devastated because Clementine doesn’t want to see him anymore. As it turns out, Clementine doesn’t even know who Joel is. After she and Joel had a major argument, she went to a medical clinic called Lacuna to have him erased from her memory. Hurt and angry, Joel decides he doesn’t want to remember Clementine either, so he goes to the Lacuna office to have the same procedure. 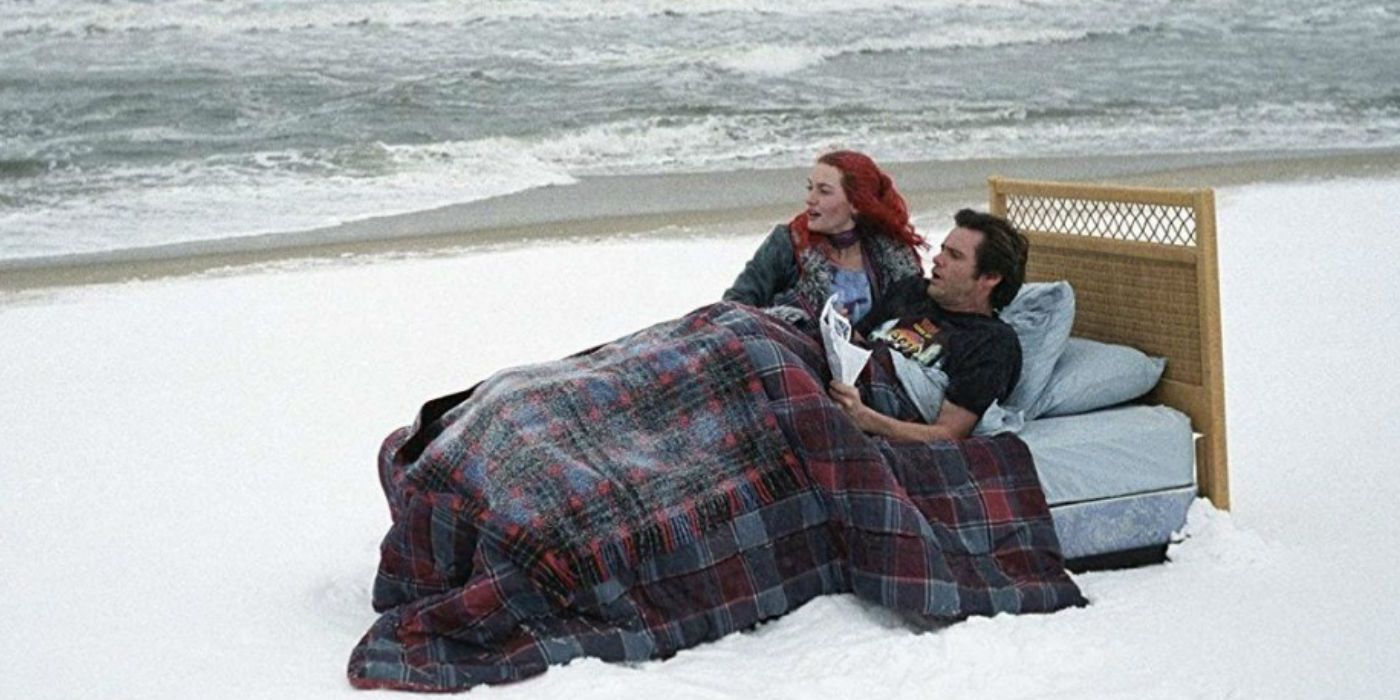 Sounds simple enough — Clementine forgets Joel, Joel forgets Clementine and life goes on, right? Well, yes and no. Throughout the movie, the audience is forced to wonder if people can really have their memories erased, voluntarily or not. The other major issue is that part of the way through the memory erasure, Joel realizes he still cares for Clementine, so he decides he doesn’t want to have his memories erased. By then, it’s too late to back out, so Joel tries to alter his memories so he can keep them. Will Joel be able to remember Clementine? Even if he does, what will happen with the relationship, now that Clementine has a new boyfriend and no longer remembers Joel?

What I really liked about the movie was how well the relationship between Joel and Clementine was portrayed. They don’t fight all the time, and they’re not living in bliss all the time either. The relationship has its ups and downs, as all relationships do, and it’s interesting to see how their arguments can either destroy or improve the relationship, depending on the scenario. The movie also has several side stories, mainly centered around the lives and personalities of the Lacuna staff while they’re working on Joel’s memory erasure. What had me in stitches was how they had no respect for Joel’s home or his belongings. They eat his food, take whatever they want and basically trash the place without even giving it a second thought. Having had contractors in and out of my home during the past few months, I thought those scenes were hilarious. 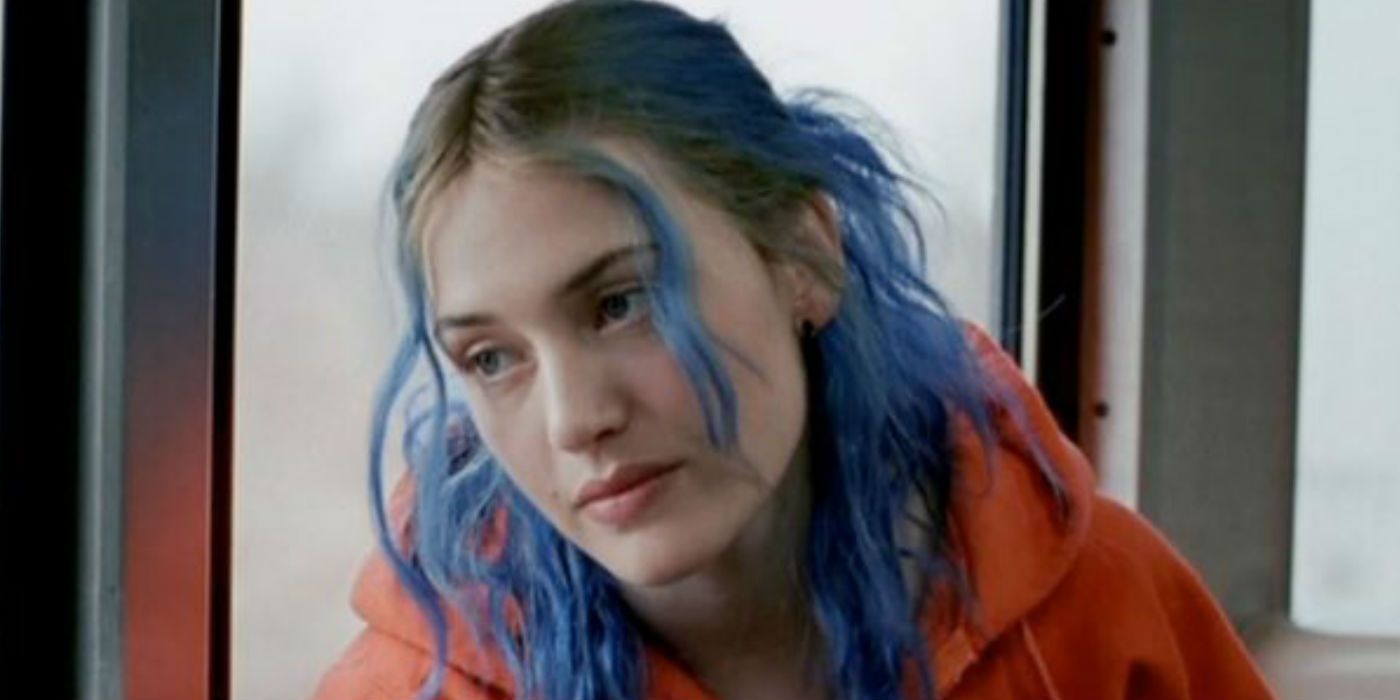 At first I wasn’t sure how to take the side stories of the Lacuna staff. Initially, I didn’t think they belonged there; I thought the movie should focus on the relationship between Joel and Clementine. But as the movie went on, I started to realize that the staff workers (played by Mark Ruffalo, Elijah Wood, Kirsten Dunst and Tom Wilkinson) were just as screwed up as Joel and Clementine, if not more so. Indeed, the audience is forced to wonder at several points throughout the movie whether the Lacuna staff might benefit from a memory erasure, or at least some psychiatric counseling.

The main reason I didn’t give this movie a perfect five stars is primarily because I thought the portrayals of the side relationships between the Lacuna staff were far less compelling than the relationship between Joel and Clementine. A minor nitpick? You betcha, but for a movie to get five stars from me, it has to really hit it out of the park. The same lack of compelling relationships kept me from enjoying Being John Malkovich more than I did. All that aside, I thought Eternal Sunshine was excellent, and I recommend it highly. I plan to add this to my DVD collection. The writing, acting and direction were top-notch. Kate Winslet’s Oscar nomination and Charlie Kaufman’s Oscar win were well-deserved.