HBO’s Euphoria may not have a ton of key friendships but the ones they have are a mixed bag. Some are delightful but others are pretty toxic.

You Are Reading :Euphoria 9 Major Friendships Ranked From Worst To Best 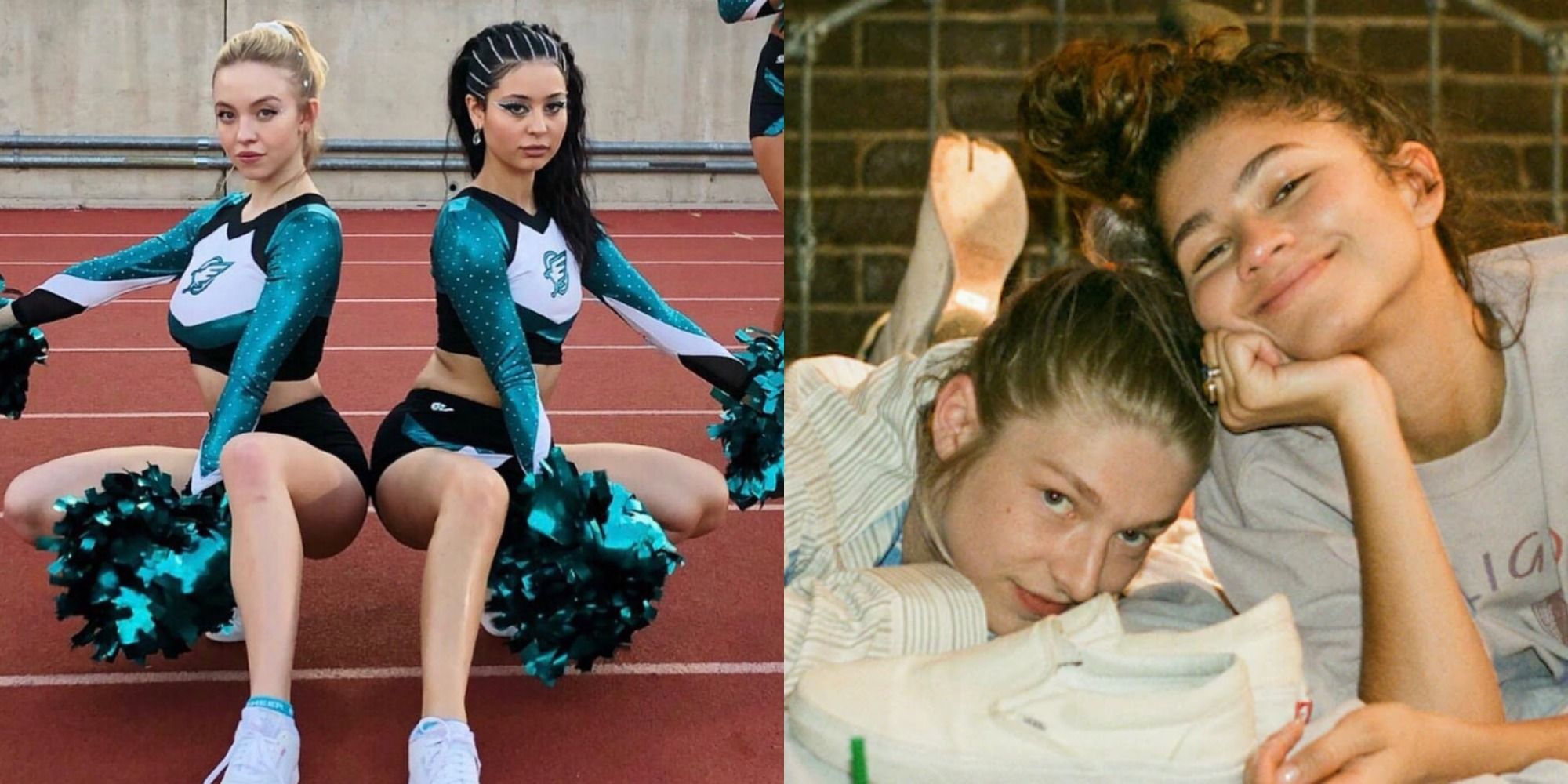 At its core, there’s typically not a lot of happiness when it comes to HBO’s Euphoria. Focusing on the hardships that the central teenagers go through, the joy that comes with friendships isn’t something a viewer probably considers while watching the show. That being said, there are a few friendships that stand out.

Most of the series centers on Rue, so the majority of these bonds involve her. Some friendships on the show are healthy and delightful, while others can actually be quite toxic. For this list, no relationships that are based on a romantic aspect (like Nate and Maddy or McKay and Cassie) were considered. 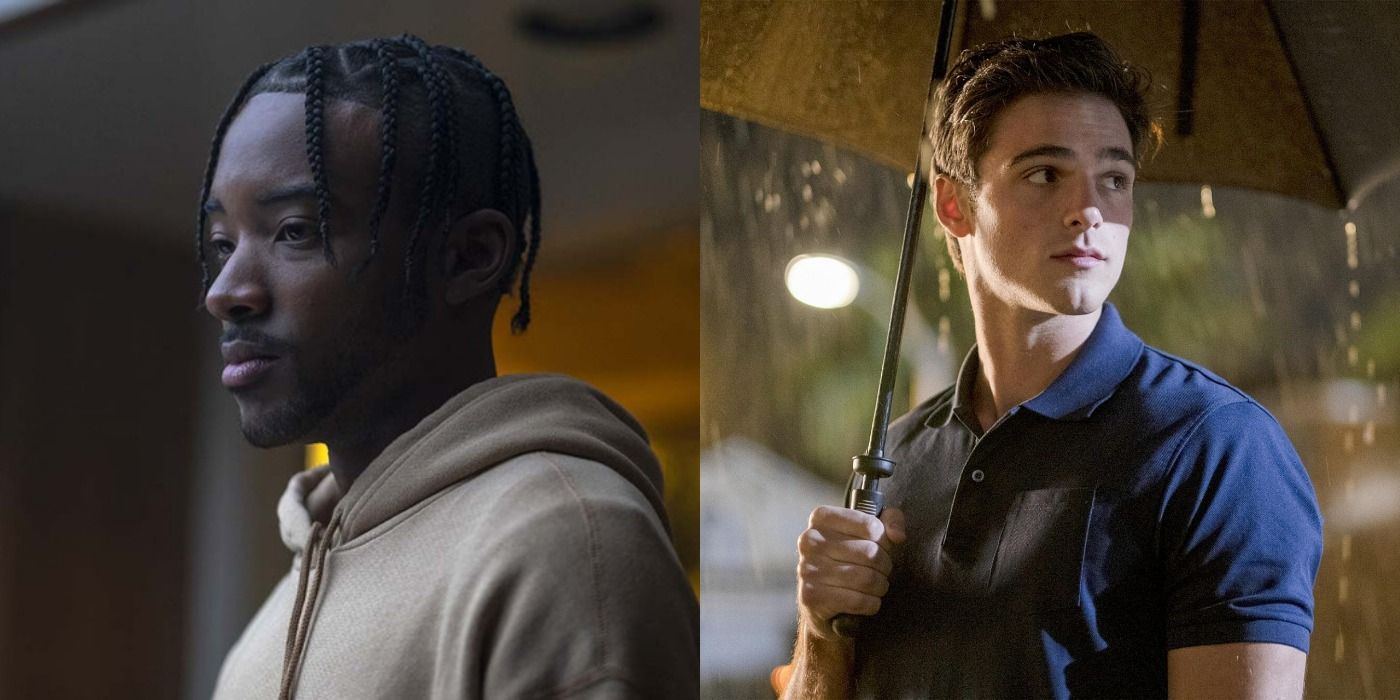 Although Nate Jacobs is clearly a popular person given his status as the football captain and the school’s alpha male, he doesn’t seem to have any close friends. Throughout the series, people admire him from afar but in terms of relationships, he has next to nothing going on. He talks to Maddy in their toxic romance but that’s it. The one person he’s seen speaking with in the early episodes is Christopher McKay.

Of course, while they’re buddies from their time on the football field, the friendship isn’t a strong one. Though he’s older, McKay is easily influenced by Nate, who gives him terrible advice regarding Cassie and says awful things about her. McKay takes those things to heart and it leads to the worst parts of his romance with Cassie. These two don’t help each other out at all.

It should come as no surprise that the worst friendships on the show involve Maddy and Nate. They are selfish people who only care about themselves and have no problem hurting others along the way. Maddy seems to have been friends with Cassie for a long time and they interact in a fair number of episodes. That includes their adventure at the fair where they do drugs together.

Though they have some relatively nice bonding moments there, it does lead both to make some questionable decisions regarding Nate and McKay. While the two hang out, they don’t have any kind of closeness. Maddy even threatens Cassie, who is incredibly sweet, with violence if she ever mentions a secret that Maddy told her. That’s not a good friendship.

Once again, it’s Maddy near the bottom of the list. There are a few extra scenes of her hanging out with Kat, though the friendship is actually quite similar to the one with Cassie. She and Kat hang out a fair amount but never really get any moments to bond in a meaningful manner.

There’s one scene where they go to the mall together but that’s really it. Maddy hides her neck bruising from Kat, disses her on a few occasions, and really lays into her at one point with some venomous words. Mady shows no remorse for it and that’s a sign that this friendship doesn’t mean all that much to her.

From this point, all of the friendships are actually quite good. Before the recently released special episode around Christmas, this probably wouldn’t have even ranked. Ali only appears at Rue’s narcotics anonymous meetings and becomes something of a sponsor for her during the season.

In the special episode, Ali spends nearly the entire time talking with Rue. Though he’s there to help her after her relapse, the two actually bond through shared experiences and deep conversations. It’s some of the emotion shared between two characters in the series. 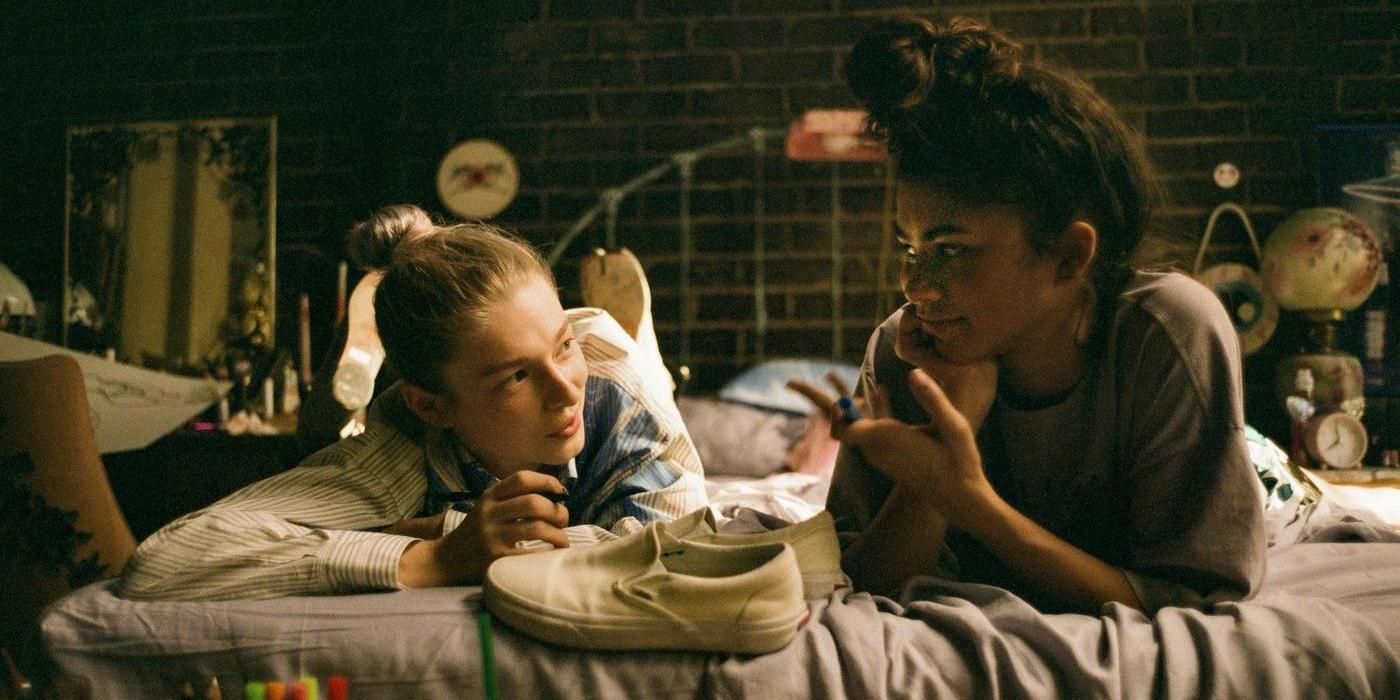 Rue and Jules are the heart of the show. Things don’t get put into motion until Jules arrives in town and by the end of the first episode, Rue rides home with her. The two form an instant connection and remain close for the rest of the season. Feelings develop and there’s a romantic edge to them as both have admitted falling in love with the other.

They stay on this list despite that because the friendship is how it began and the love only came after a bit. Together, they share many secrets, have each other’s backs, and care deeply for one another. The only thing holding them back is that Rue’s addiction ultimately weighs them down as she unfairly blames Jules for certain things and Jules feels pressure to never do anything to upset her.

In terms of a tight bond, there’s a good chance that nobody on Euphoria can top Ashtray and Fezco. After Fezco is introduced in the first episode, he sends Rue to Ashtray for drugs. The audience doesn’t expect that Ashtray is a young kid, making for one of the show’s best surprises.

Ashtray isn’t one of the core characters but he’s always by Fezco’s side. They even seem to live together and have been mentioned as being brothers. Since it was confirmed that they aren’t related, that makes their brotherhood mean even more. Fezco and Ashtray chose each other and they’d rank higher if the viewers got to see more of them together. 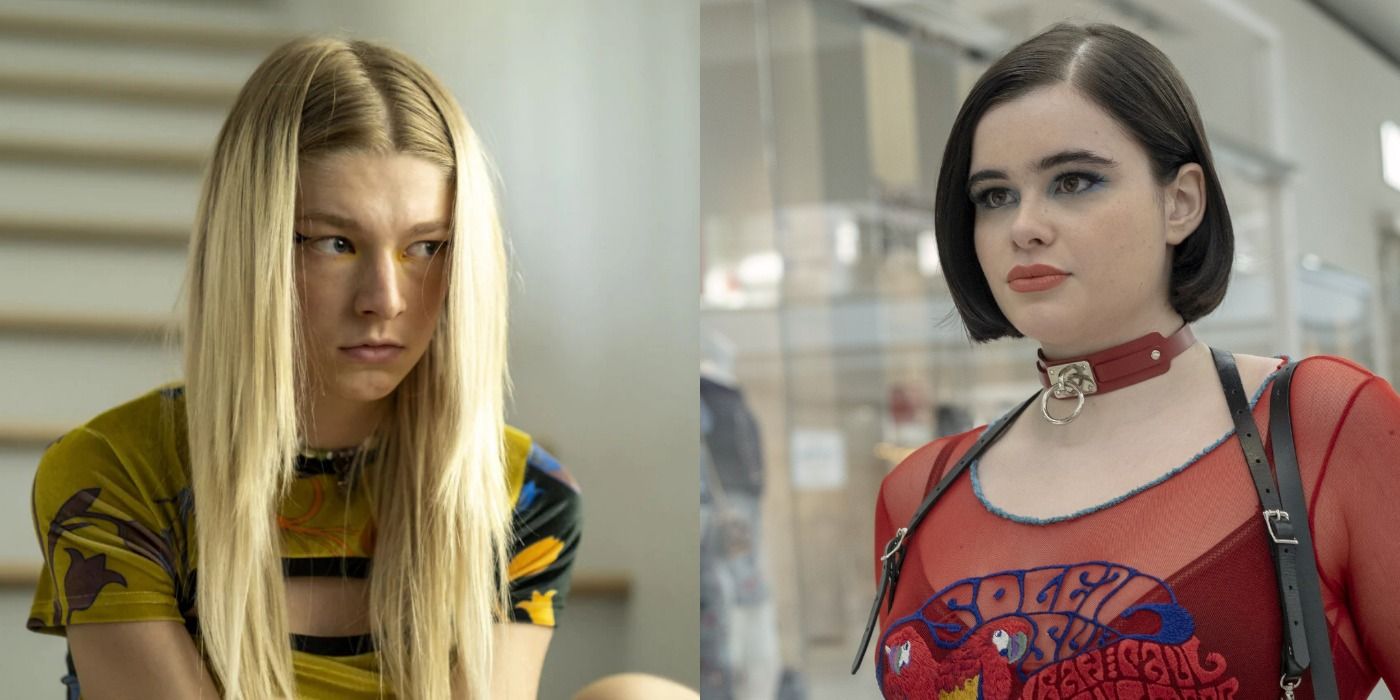 One of the things that season two should showcase more is the friendship between Jules and Kat. Although the series really got going when Jules and Rue met, it is revealed that Jules and Kat became friends first while in summer school. The two don’t spend a ton of time together but when they do, it’s a sweet friendship.

It’s Jules who helps Kat start her path towards being more confident and accepting of herself. They share texts throughout the show even when they don’t hang out. Like Fezco and Ashtray, they would rank higher if the show gave them more scenes together.

When fans are first introduced to Fezco, it seems like he’s just a run-of-the-mill drug dealer. He gets Rue what she pays for and that’s it. However, in the second episode, he desperately pleads with her to leave his home before dangerous people arrive. He pays them a hefty sum of money to keep her safe.

Fezco also denies her drugs after it, leading to Rue’s emotional breakdown outside of his door. Rue ultimately apologizes and Fezco takes it in stride. He understands why she said and did what she did and he remains by her side. Fezco is also the person to step right up to Nate to make him leave Rue alone. 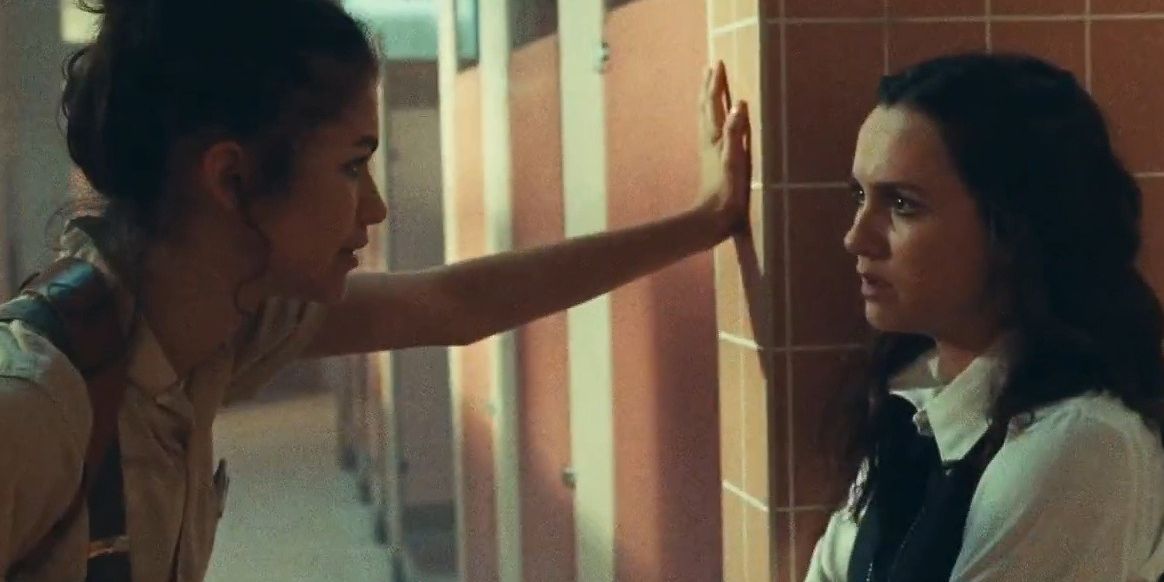 It is explained in the first episode that Lexi and Rue are old friends, having known each other since pre-school. The two remained close for most of their lives, practiced kissing on one another at one point, and were there for each other. Things changed after Rue’s dad died and she started doing drugs.

Despite the fact that Rue became something of a bad friend (which she admits), Lexi is still there for her. When Rue needed clean urine, Lexi provided it and she was the one to check on her in the bathroom during her first day back at school. Lexi is also the person by Rue’s side at Halloween, helping her protect Gia.