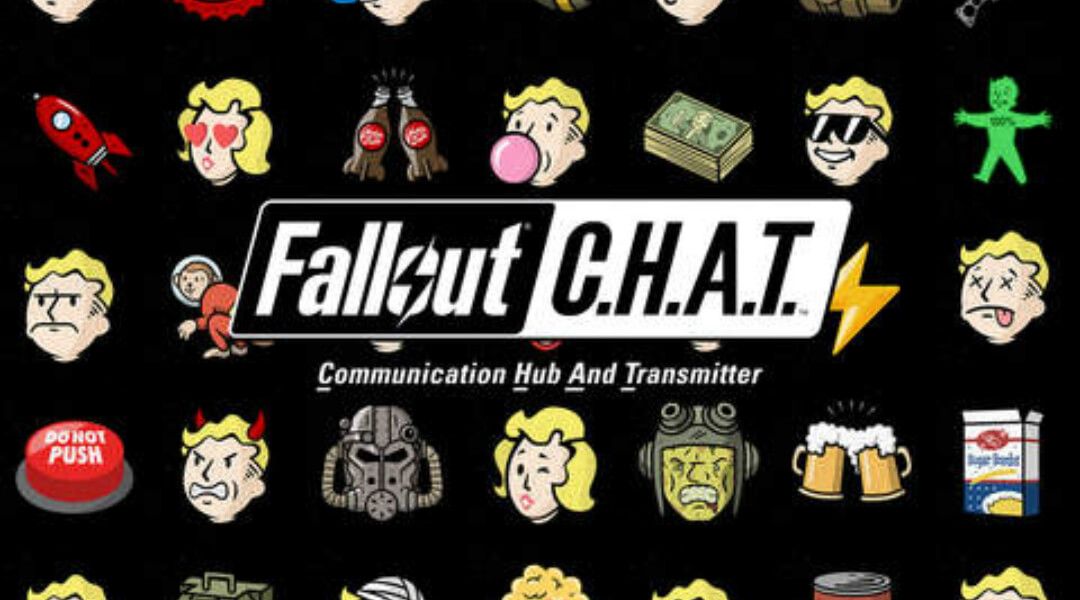 As the latest tie-in to promote the rapidly-approaching Fallout 4, Bethesda has released a new app for both iPhone and Android. The app, entitled Fallout C.H.A.T., isn’t a game; rather, it’s an app filled with Fallout emoji and GIFs that can be sent to friends via other messaging apps.

Fallout C.H.A.T. itself isn’t a messaging app, which is probably best, so users don’t have to cajole their friends into downloading the app. However, the emojis don’t appear on a user’s standard emoji list; selecting them from the app itself is required. While this is unfortunate, the app is packed full of cute and amusing emoji, based off of Vault Boy and Dogmeat, and it also features a variety of in-game objects and icons, like Nuka Cola and the series’ Power Armor. Considering the Vault Boy’s considerable range of facial expressions shown through Fallout 4 perk lists and skill trees, it makes a lot of sense to use his face as emojis.

Thankfully, Bethesda seems to have learned from the mistakes they made with Fallout Shelter, and has released Fallout C.H.A.T. for both iOS and Android devices simultaneously. Envious Android users had to wait several months before they had an opportunity to play Fallout Shelter, while iOS users got to play it immediately following Bethesda’s E3 presentation. While this app isn’t a game, and thus won’t be a time sink like Fallout Shelter was for many people, it should provide a fun way to express one’s hype for Fallout 4’s upcoming release.

Bethesda has done a good job of tackling the mobile app market with Fallout Shelter and Fallout C.H.A.T. More is still to come, as Fallout 4 itself is due to have a mobile app that players can use to look at extra materials and control their in-game Pip-Boy with. Thankfully, Bethesda has created all of these apps wisely, and avoided integrating necessary microtransactions or fees in order to download or play the apps.

While Fallout C.H.A.T. is unlikely to keep Fallout fans occupied for very long, it doesn’t have to. Fallout 4 is right around the corner, releasing next week, and most fans of the series will probably be too deeply engrossed in the hundreds of hours of gameplay to be sending text messages to their friends once they get their hands on it.

Fallout C.H.A.T. is available now for Android and iOS devices on Google Play and iTunes, respectively.