Full Pokemon Game Made in Minecraft

Full Pokemon Game Made in Minecraft

Pokemon Cobalt & Amethyst is a brand-new Pokemon experience, unleashing 136 new creatures, a new region, and an original story, all inside of vanilla Minecraft.

You Are Reading :Full Pokemon Game Made in Minecraft 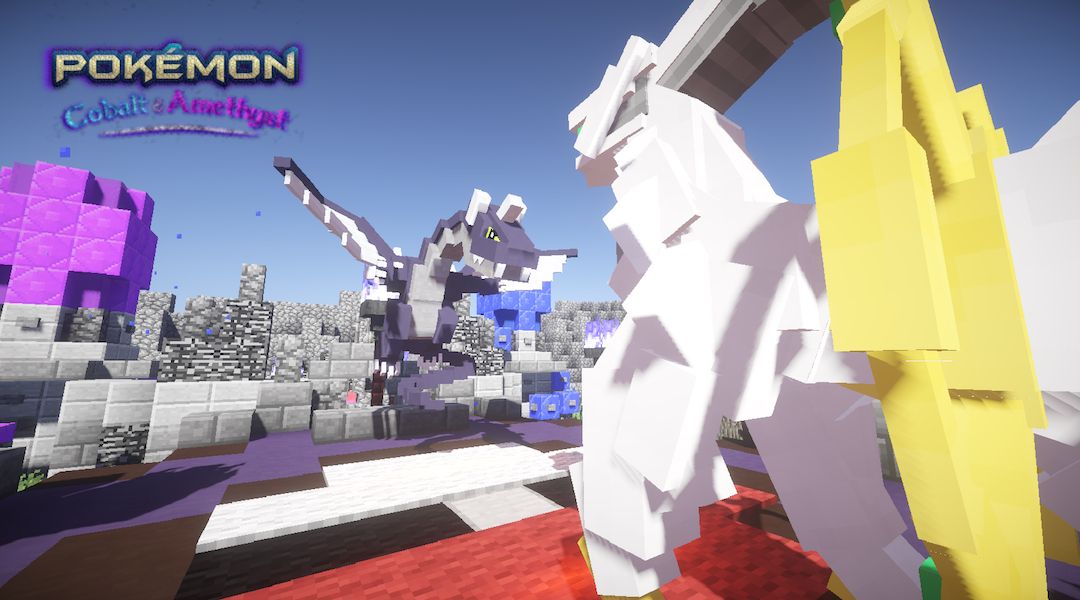 Pokemon Cobalt & Amethyst is a brand-new Pokemon experience, unleashing 136 new creatures, a new region, and an original story, all inside of vanilla Minecraft.

Over the years, we’ve seen thousands of Minecraft mods become available, giving gamers new ways to play the incredibly popular open-world survival game, but very few have been quite as ambitious as this one – a full Pokemon experience, made in the vanilla version of the game.

Pokemon Cobalt & Amethyst is a brand new map, coming from a modding team led by Phoenix SC. Installing it is as simple as dragging one folder, but the map offers an incredibly diverse Pokemon experience, all inside of Minecraft.

Players can capture and battle Pokemon, challenge gyms, and even compete in the Pokemon League in their Cobalt & Amethyst adventures, as they discover 136 never-seen-before creatures just waiting to be collected. The map also comes with a story, and Minecraft fans will be competing with the villainous Team Tempest to save the lives of all those that they hold dear, before a Legendary darkness is released onto the world. A newly-composed, unique soundtrack also accompanies the Minecraft/Pokemon adventure.

Despite using no mods whatsoever, Pokemon Cobalt & Amethyst completely change up the Minecraft experience and the map is sure to be popular amongst fans of the classic Nintendo franchise – so long as the company doesn’t issue a Cease & Desist. The Big N doesn’t often take kindly to fans developing their own Pokemon titles, as seen by last year’s takedown of Pokemon Uranium.

Just last month we also saw the mod of Pokemon Crystal (named Pokemon Prism) suffer the same fate, though the ROM hack is still being distributed by pirates online. It is unclear whether or not the Japanese developer will take issues with a Minecraft mod but those wanting to experience Cobalt & Amethyst for themselves would be better downloading sooner rather than later.

That said, it looks like long-running Pokemon fan project ‘Pixelmon’ which brings the original Pokemon into the Minecraft world is still alive and well, as of January 2017, so perhaps Nintendo is more lenient when it comes to this sort of tribute. That said, should the map become popular enough, there’s little doubt that the company might decide to take an interest.

Minecraft is available now on Android and iOS devices, PC, PlayStation 3, PlayStation 4, Wii U, Xbox 360, and Xbox One. It has also been announced to be coming to the Nintendo Switch. Players looking to download and install Pokemon Cobalt & Amethyst can do so from the Phoenix SC website.