Gilmore Girls: A Year in the Life may have divided fans, but it did give audiences a fan theory that claims Rory wrote the original series herself 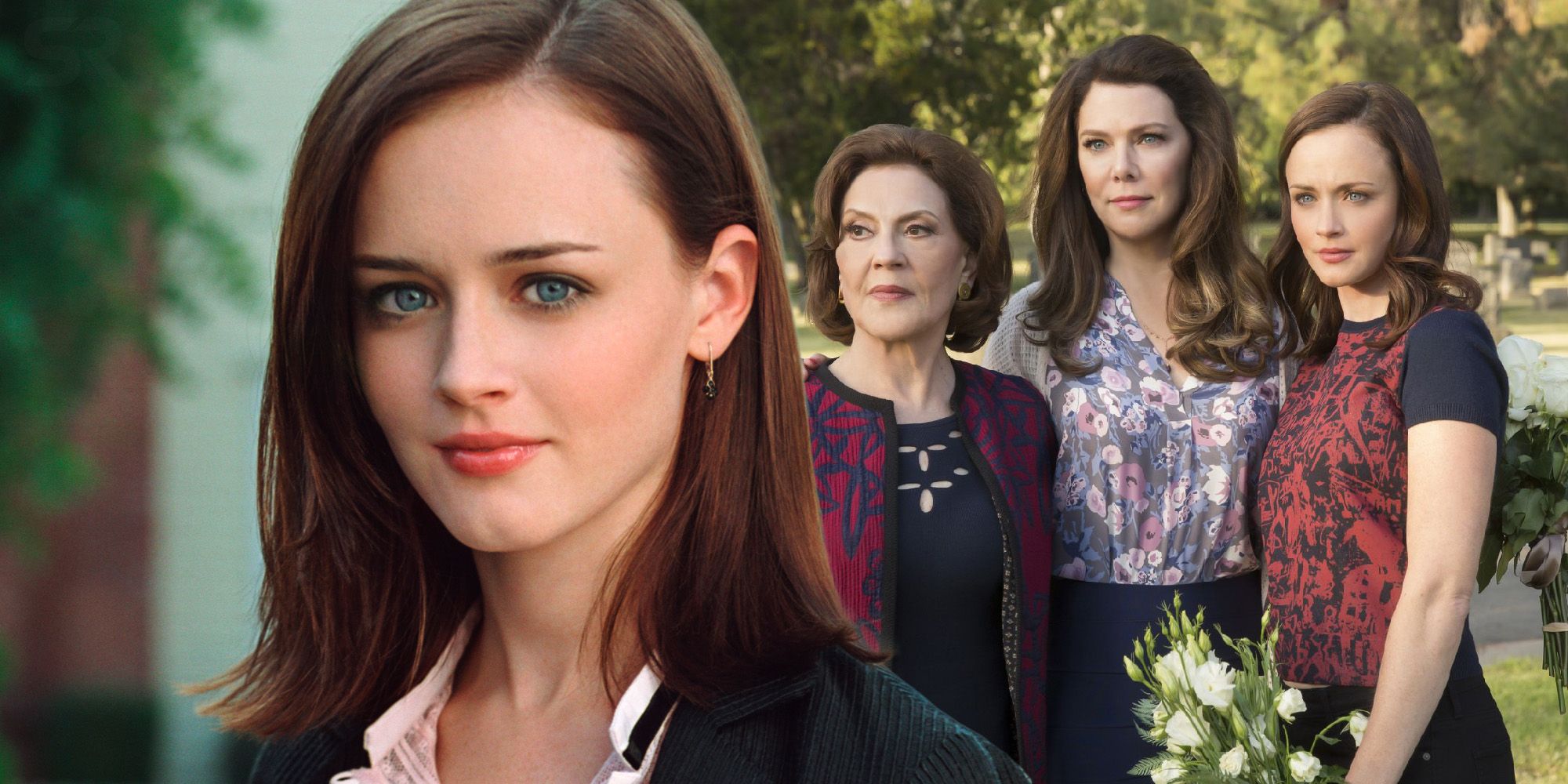 The Gilmore Girls reunion A Year in the Life may have divided fans and critics alike, but it provided audiences with an intriguing fan theory that claims Rory Gilmore may have written the original series herself. The critically-acclaimed Gilmore Girls lasted seven seasons but received gradually less enthusiastic acclaim after its fifth season. Eventually, the series lost original creator Amy Sherman-Palladino by the time Gilmore Girls’ seventh, final (and critically hated) season rolled around.

In the critically divisive 2016 reunion miniseries A Year in the Life, set ten years after the original series ended, fans complained that the show’s ostensible heroines were less charming and more mean-spirited than their original incarnations, prompting some critics to claim the series had lost its touch. However, one fan theory has an interesting explanation for this noticeable shift in tone.

Near the end of A Year in the Life, it is revealed that series star Rory Gilmore is writing a novel entitled ‘Gilmore Girls’. It’s a cute twist but throughout the events of this reunion miniseries, the character is significantly more self-absorbed and callous than her original series self ever was. Stuck in a dead-end job and loveless relationship but not particularly motivated to leave either, in this long-awaited continuation of the series the older but no wiser Rory abandons the precocious career goals of her youth in favor of an aimless existence bouncing between London and Stars Hollow. Cheating on her fiancee and professionally stalling, Rory is far from the well-behaved and supposedly ambitious, bright character of the original show. But what if the original series is an adaptation of her Gilmore Girls novel, with Rory retelling her version of events? It may sound far-fetched, but there’s a lot of evidence to support the idea. 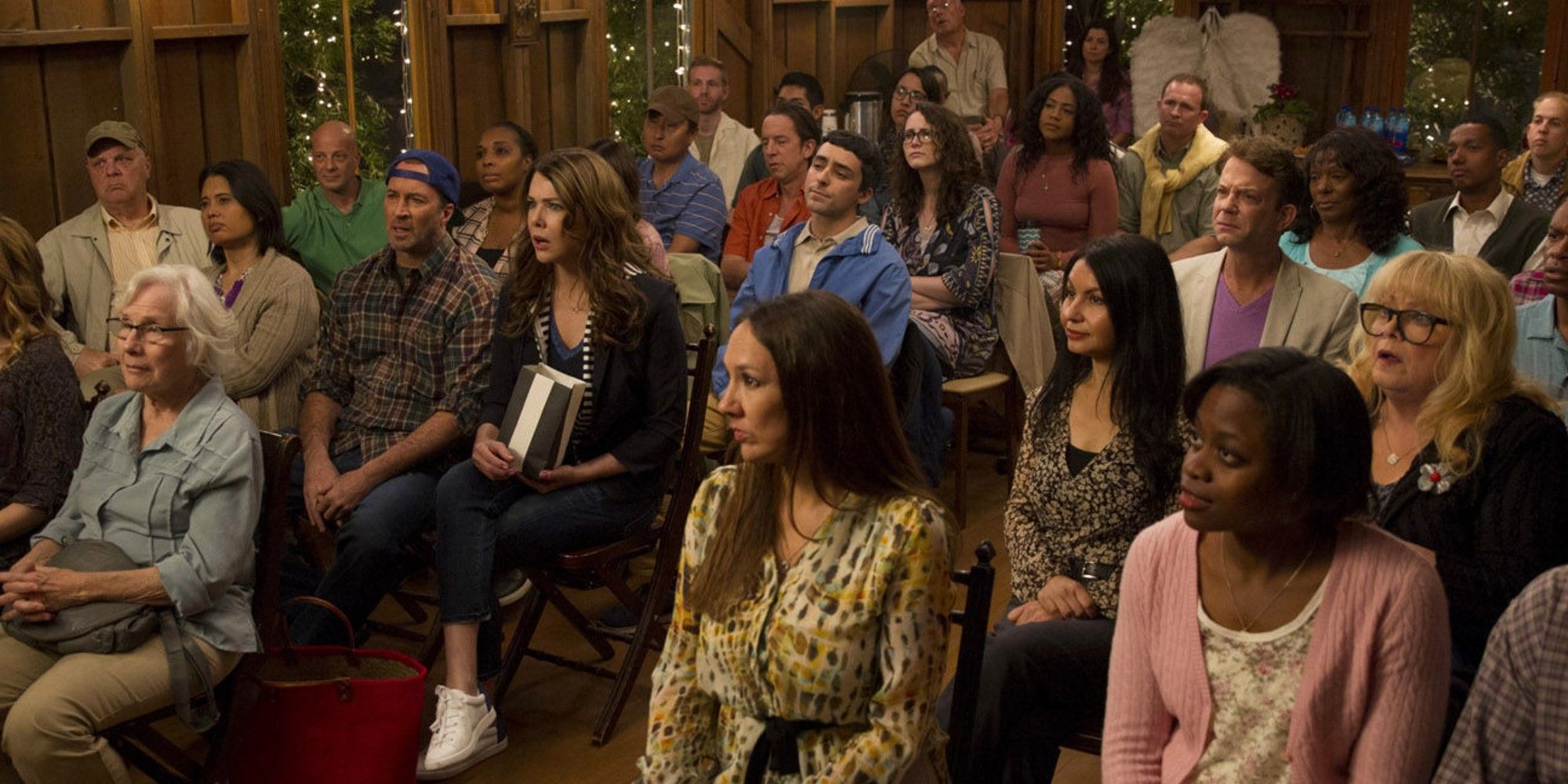 There are countless instances of characters in the original series (particularly Stars Hollow locals) waxing poetic about how flawless Rory is despite her semi-frequent (and very normal) temper tantrums and misbehavior. There’s nothing wrong with a teenage girl occasionally feeling out of sorts, but the obsessive adoration that the townspeople have for Rory doesn’t even extend to her best friend Lane Kim, an equally morally upright and academically able student whose existence the likes of Babette and Miss Patty rarely even acknowledge.

In comparison, a deeply-held love of Rory is apparently the lone viewpoint which unites Taylor Dosey, Luke Danes, the aforementioned Miss Patty and Babette, and a slew of other characters who are often at one another’s throats and disagree with each other (or at the very least gossip about one another) over every other topic. This effusive praise of a seemingly unexceptional (and supposedly quiet and unassuming) teenage girl seems out of place at times but would make more sense if this was Rory’s retelling of events and she saw herself (as so many teen protagonists do) as the center of her small town’s universe.

On a similar note, fans have long noted the show’s insistence that its pair of slender stars eat constantly and yet the two never gain any weight. The heavily-criticized scene in the revival where mother and daughter Gilmore cattily fat-shame random townspeople, while they’re sunbathing at a swimming pool, can be seen to affirm the idea that Rory Gilmore created a fictional wish-fulfillment world wherein she can eat what she wants and always look immaculate, while the revival’s “real” Rory is busy mean-spiritedly mocking people she doesn’t know based on their appearance. A similar argument can be made for Rory’s professional progression. In the original series, she excels at every turn, somehow beating Paris to class valedictorian despite struggling in Chilton and academically suffering in Yale only to end up head of the school paper. In the revival she bounces between freelance jobs and flounders, squandering numerous prestigious opportunities because this is the real Rory, rather than the self-aggrandized version audience are used to from her hagiography Gilmore Girls. 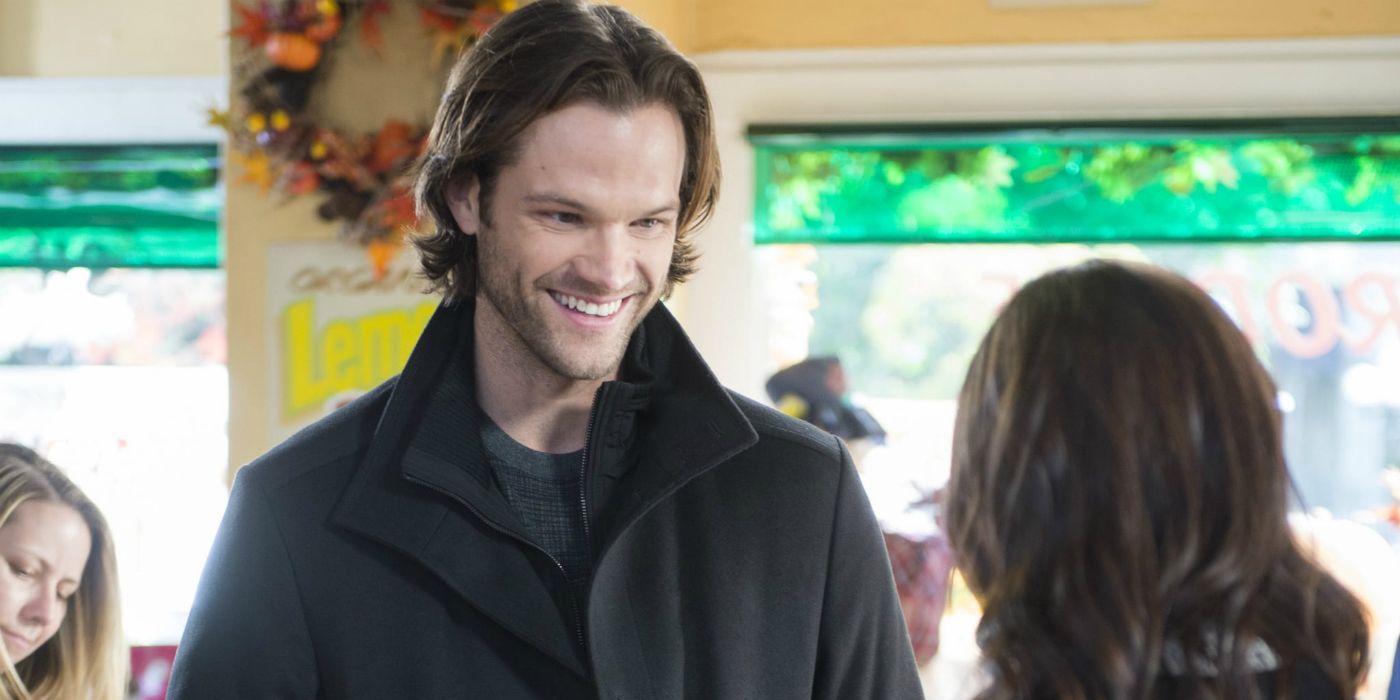 While this theory proposes that Rory wrote the entire original series from her perspective, that’s not to say that she’s a flawless character in the first seven pre-reboot seasons of Gilmore Girls. Rory is frequently depicted as a believably flawed person who makes plenty of questionable decisions throughout the years, but it’s important to focus on how these decisions are depicted to find proof that Rory may still be the one telling the story. Throughout the show, Rory has more than her fair share of selfish and petty moments, but most of these are attributed to external circumstances and excused. Jess crashing a car as a teenager is an indictment of his character in Lorelei’s eyes, whereas Rory stealing and crashing a yacht in her early twenties is really Mitchum Huntzberger’s fault for telling her some harsh (and according to the reunion series, accurate) truths about her doomed professional ambition to become a journalist.

Cheating is seen as a moral failing in the show unless it’s Rory losing her virginity to a then-married Dean which is depicted as being fair game because Dean’s undeservedly hated wife Lindsay is barely seen and when she is depicted, tends to be caricatured as a spoiled nag. Which is exactly how the person who slept with her husband would depict her if they were trying to justify themselves. The tilted perspective on events makes sense if Rory herself is narrating and coloring the events, and it’s further evidenced by the more brazenly selfish and uncaring demeanor Rory takes on in the show’s revival. Without the ability to justify herself by retelling the story, reframing events in her favor, and focusing on herself, Rory’s lower moments have a chance to shine during A Year in the Life, leading viewers to wonder if a sensitive gent like Jess was too good for the entitled Rory of the revival. 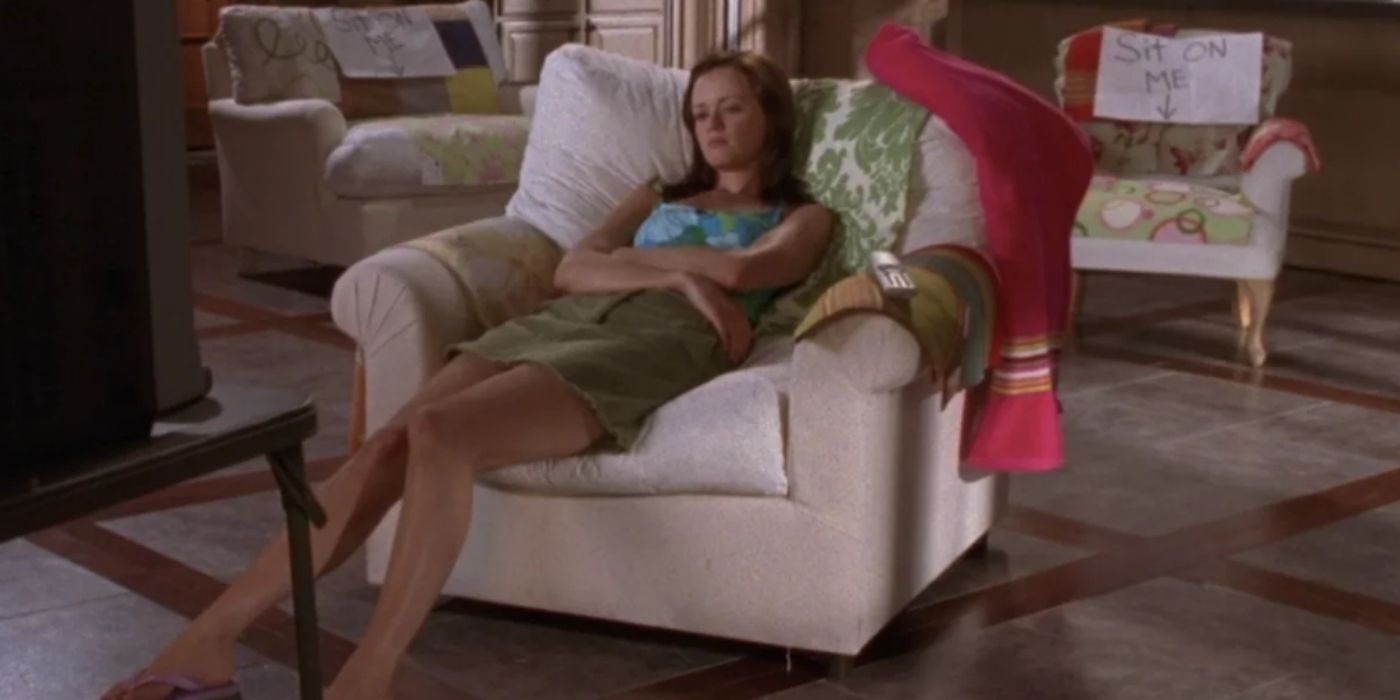 While the theory is interesting, the inclusion of some unambiguously bad decisions on Rory’s part does put the idea into question as it seems unlikely Rory would portray herself in such an unlikable light. Absconding to Europe with her grandparents after sleeping with Dean for example, or staying with Dean for an entire year while pining after Jess, or even the aforementioned yacht robbery are all incidents which Rory could have elided to paint herself in a more favorable light when retelling the story of her misspent youth. It’s also fair to question why Rory’s versions of events would feature so many light-hearted B-stories for the likes of Kirk and Jackson, neither of whom she interacts with much throughout the series (certainly not enough to make sense of why their multiple subplots in the original series would appear in her autobiography). It’s also fair to question why, if she’s retelling events, Rory would write such a disappointing ending for her best friend Lane Kim.

What This Means For The Show 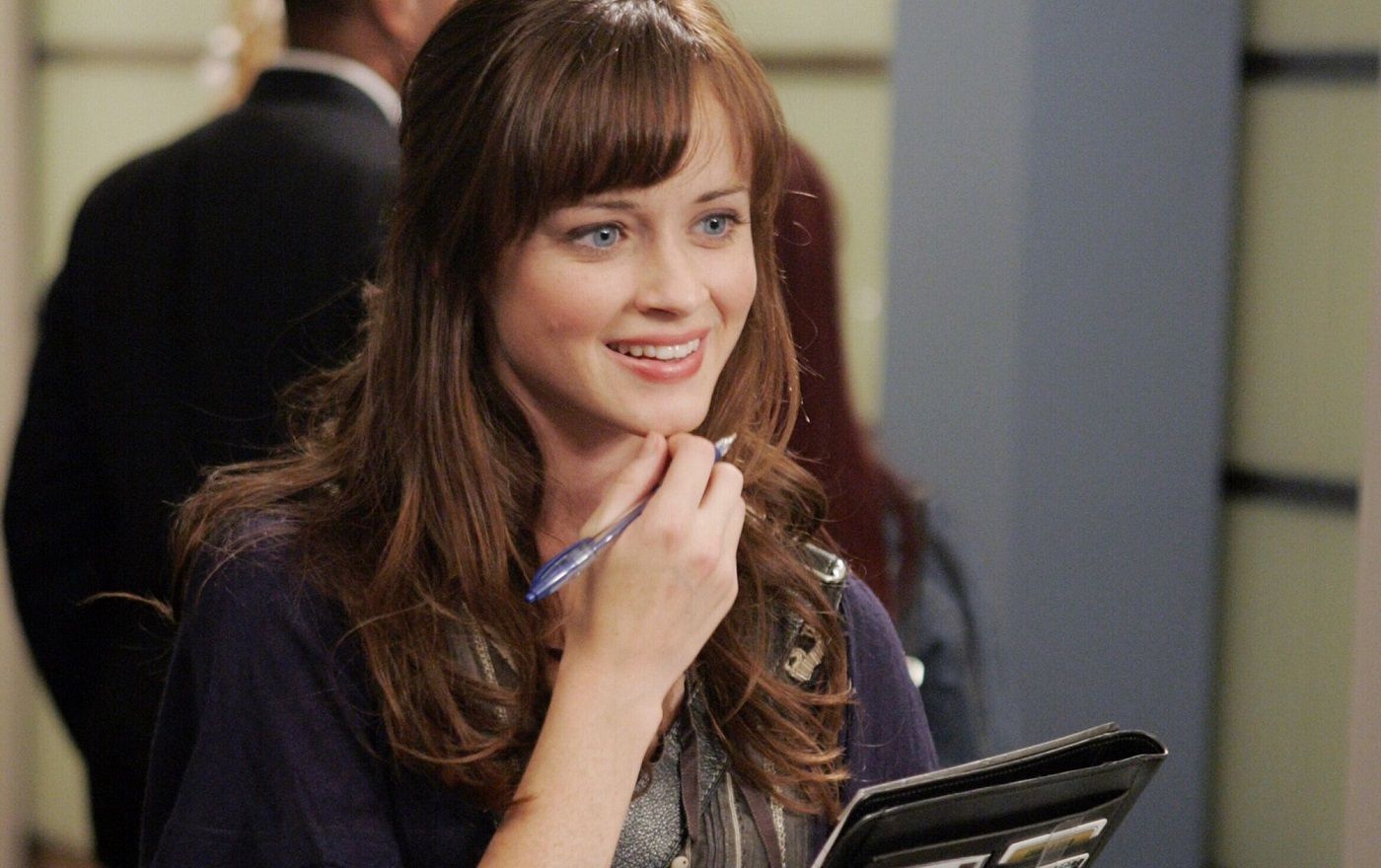 This theory could explain why Rory was acting so “out-of-character” in the show’s reboot by illustrating that for the first time in the series she wasn’t actually out of character, and instead, viewers were getting their first glimpse of the “real” Rory. This could be an interesting dramatic pathway for any further installments to follow as Rory is a more interesting character when the world around her isn’t shown through her rose-tinted, self-aggrandized version of events. The theory would explain the more sour and self-centered version of Rory seen in the revival and if it turns out to be true, any prospective follow-up series would likely show a flawed, imperfect Rory navigating the harsh realities of motherhood. If stars Alexis Bledel and Lauren Graham are ever available for another reboot, this would be a promising if dark plot development that could see Rory mirror her mother’s flawed but well-meaning approach to parenthood in the original Gilmore Girls.