Gioteck unveils a pair of new headsets and a gaming chair as part of their large 2014 lineup of gaming accessories.

You Are Reading :Giotecks Gaming Chair & New Headsets Arriving In Time For Holiday 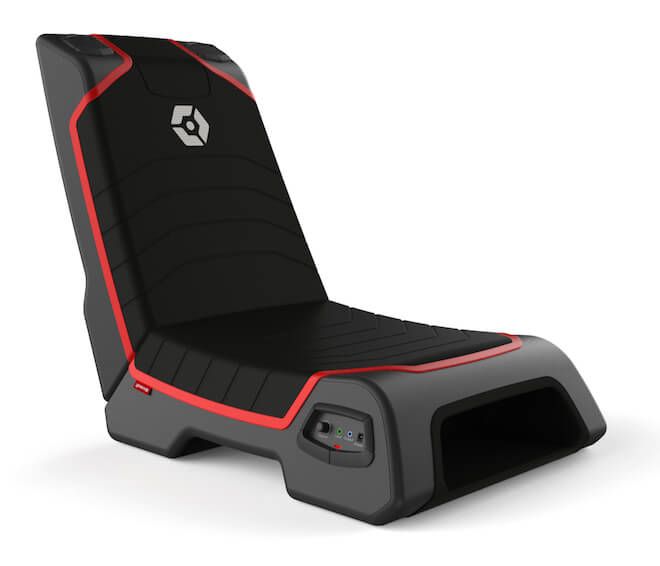 With an increasing number of tech companies making an effort to debut and showcase new hardware accessories and peripherals at E3 every year, it can be difficult to stand out. For indie manufacturer Gioteck, they’ll able to earn the spotlight by supporting multiple platforms with affordable and uniquely designed products.

The UK-based Gioteck came well-prepared to E3 2014, ready to present and detail a whopping 15 new products planned for release this fall in time for the holiday season. The highlight items include a gaming chair that folds and a pair of new headsets – one wired and one wireless – designed with next-gen consoles in mind.

In addition to cables and charging solutions, Gioteck’s three new flagship items are the SR-2 wired headset, the SR-5 wireless variant, and the RC-2 gaming chair which at first glance, seems to put you into the seat of the cars you might be driving in Forza Horizon 2, DriveClub and World of Speed later this year.

The perfect partner for a fully immersive gaming experience, the multi-format, wireless SR-5 headset features a built-in stereo amplifier to deliver crisp game and chat sound as well as intuitive control buttons and a new-gen Lithium Polymer battery to ensure hours of gameplay.

Bringing innovation and style to the gaming experience, the RC-3 gaming chair combines performance with striking designs and practicality. Featuring superior sound quality from built-in speakers, the foldable chair also comes complete with easy access volume control, pocket mesh at the back and side for storage and rocks an LED illumination finish underneath the seat.

More info can be found at Gioteck.com.