Harry Potter 10 Things About Ginny That Make No Sense 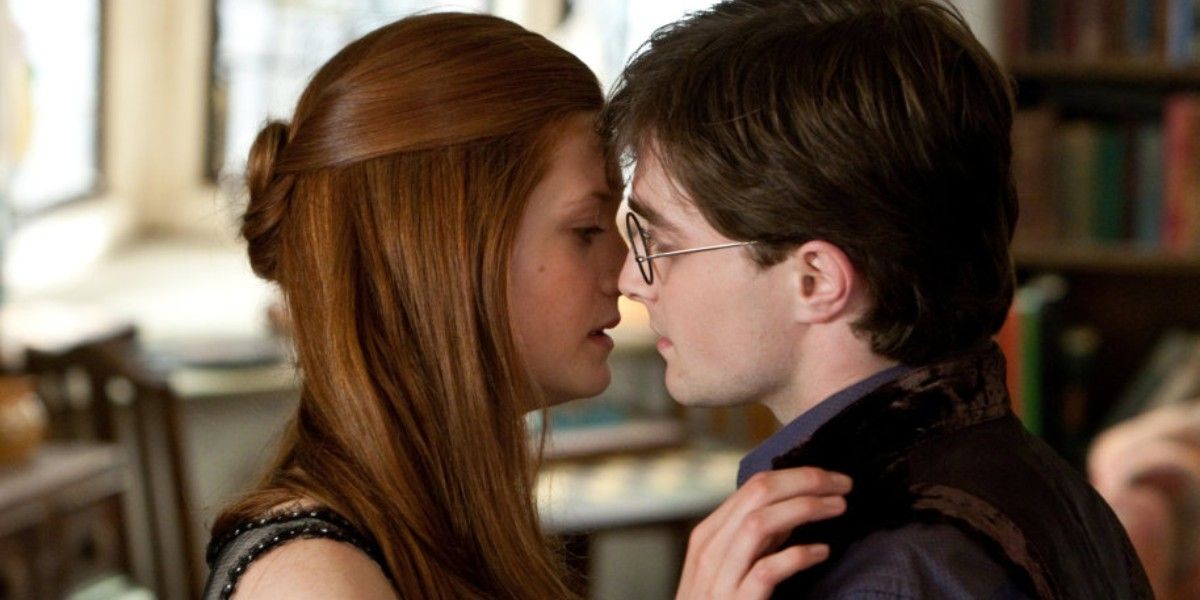 Harry Potter: 10 Things About Ginny That Make No Sense

Ginny Weasley is a fan-favorite Harry Potter character – but not everything about her adds up.

You Are Reading :Harry Potter 10 Things About Ginny That Make No Sense 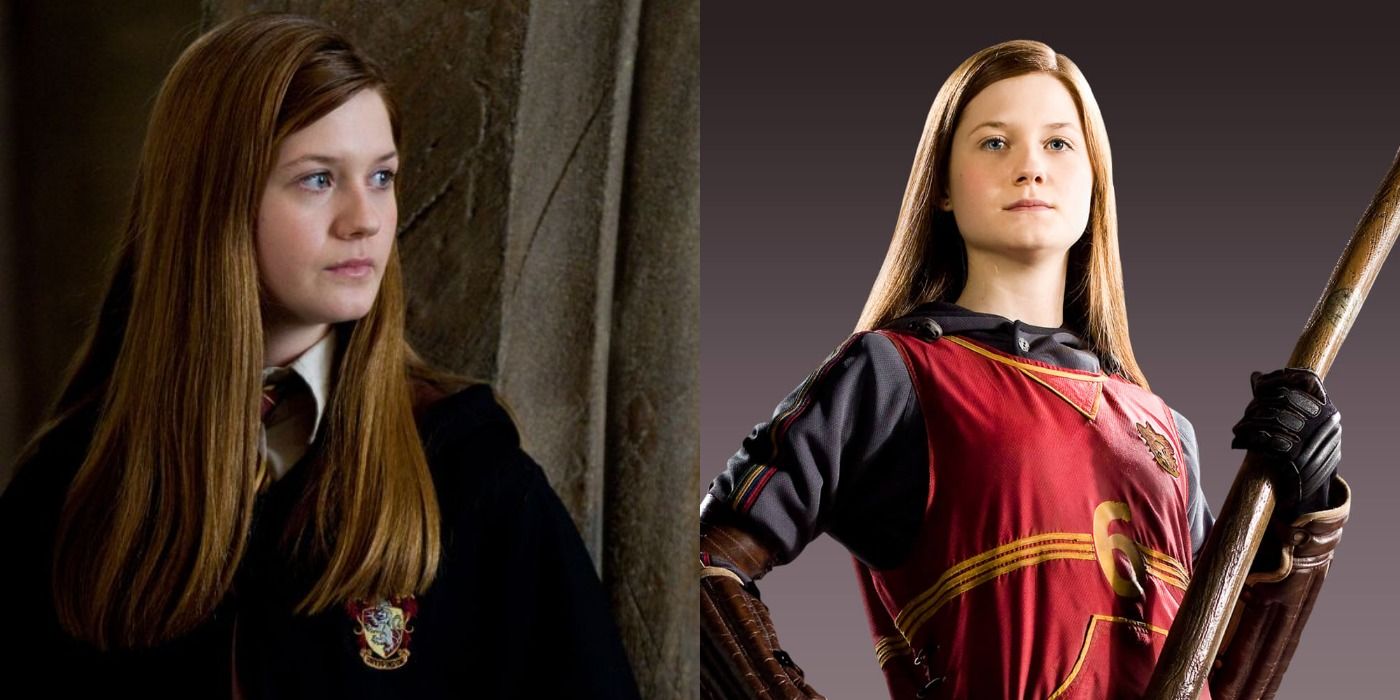 Ginny Weasley was one of the important characters of the popular Harry Potter franchise – although she was given far more space in the books than the films. Fans do first meet her briefly in the first instalment, but it was only in the second novel, The Chamber of Secrets, that they got to know Ginny’s personality and story – and over time, she goes on to become a major character, and eventually the love interest of Harry himself.

Much as Ginny is a fan-favorite, though, there are some things about her that didn’t entirely add up (or just weren’t explained in the movies) – like her Quidditch skills and how she evaded the Death Eaters. Some plot holes and problems are definitely bigger than others, though, and these are the biggest!

10 Ginny Was Completely Fine After Being Possessed By Voldemort 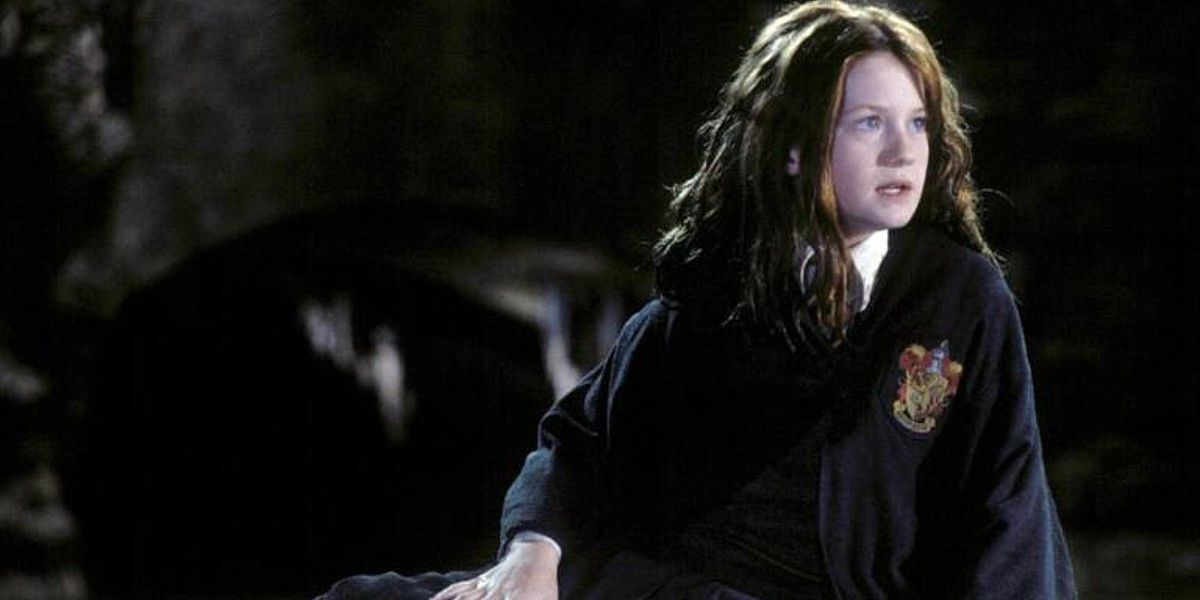 Ginny Weasley’s first major role in the Harry Potter series was when she got possessed by Lord Voldemort on The Chamber of Secrets. No one knew that she was possessed for a year — which was bizarre in and of itself. Through a diary, Tom Riddle was sucking the life force out of Ginny. When she opened the chamber, his powers got stronger and Ginny weaker. Harry, of course, saved the poor damsel in distress and defeated the basilisk.

After everything that has happened, Ginny came out seemingly fine and had no post-traumatic stress symptoms after the event. The only time fans got to see how she felt about the event was when she mentioned it to Harry on The Order of the Phoenix. What was more confusing was despite experiencing a near-death experience, Ginny did not seem affected. 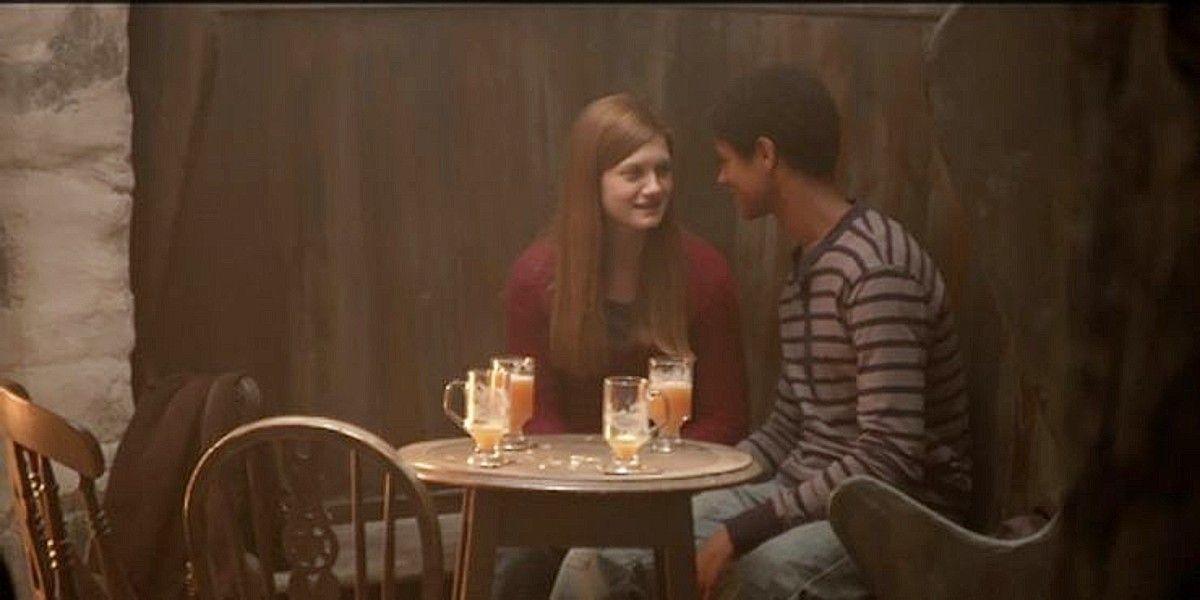 Ginny Weasley had quite a few hookups in the series, while the other major characters only had a few. From the fourth book, The Goblet of Fire, Ginny’s social life skyrocketed. Of course, in some ways this makes sense – she was a great, friendly, likable teen, so of course she dated.

However, in the Harry Potter universe, she was essentially the only main character who dated multiple people. It was a complete mystery as to how Ginny got an exciting love life, whereas the other major characters, all had maybe one or two romantic encounters, and were rarely actually ‘dating’ someone (and plenty of the secondary characters dated no one at all). 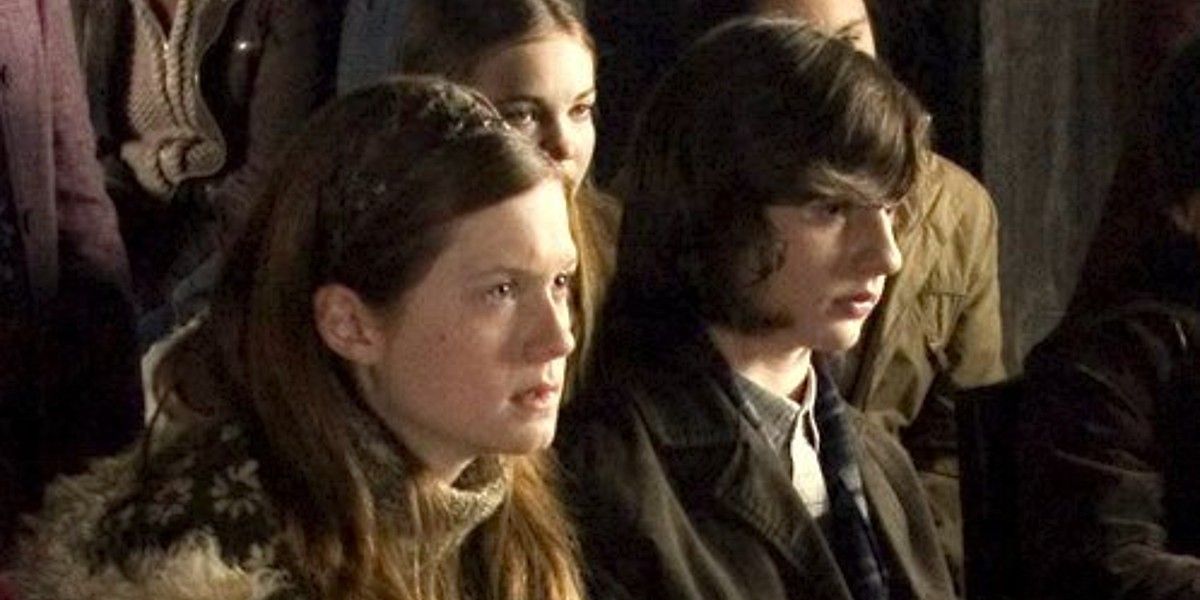 Michael Corner was Ginny Weasley’s first boyfriend, and fans came to know the young lad in The Order of the Phoenix. He joined Harry Potter, Ron Weasley, Hermione Granger, and others in forming Dumbledore’s Army and was trained by The Boy Who Lived himself.

Michael was from Ravenclaw, and Ginny was from Gryffindor. She loved adventure and excitement — all the things that Michael was not. He appeared to be bland and not as outgoing as Ginny. Although, he adored Quidditch — which was probably the only thing he had in common with Ginny. Apart from the sport, the two had nothing that could make fans say they’re a match made in heaven, so why were they dating at all?

7 Ginny Being The Most Popular Girl In School 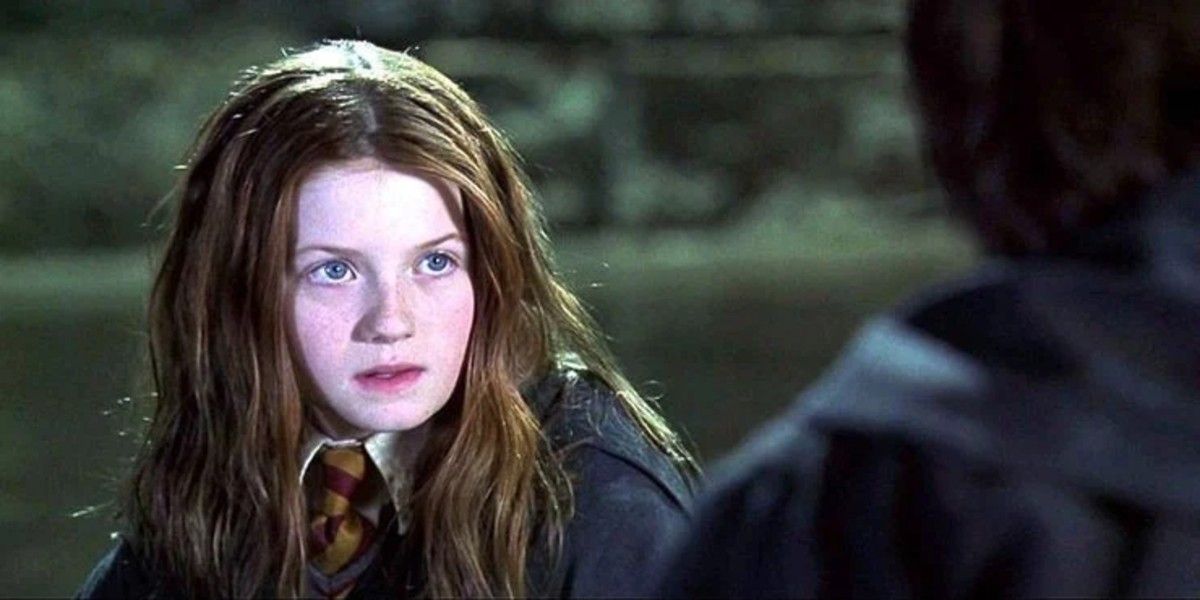 Ginny Weasleyoften seemed to be the most popular girl in Hogwarts. During Harry Potter’s sixth year, he overheard a group of Slytherins talking about Ginny and how pretty she was. It can be mind-boggling to a lot of fans, as her popularity came from nowhere.

Readers and viewers only came to know of Ginny’s social status when Harry learned about it in The Half-Blood Prince. Noting how the Weasleys were often not that popular (except Fred & George) and many Slytherins actually looked down on them, Ginny’s popularity – and her connection to all the other houses – continued to be a puzzling piece that no one seemed to figure out. 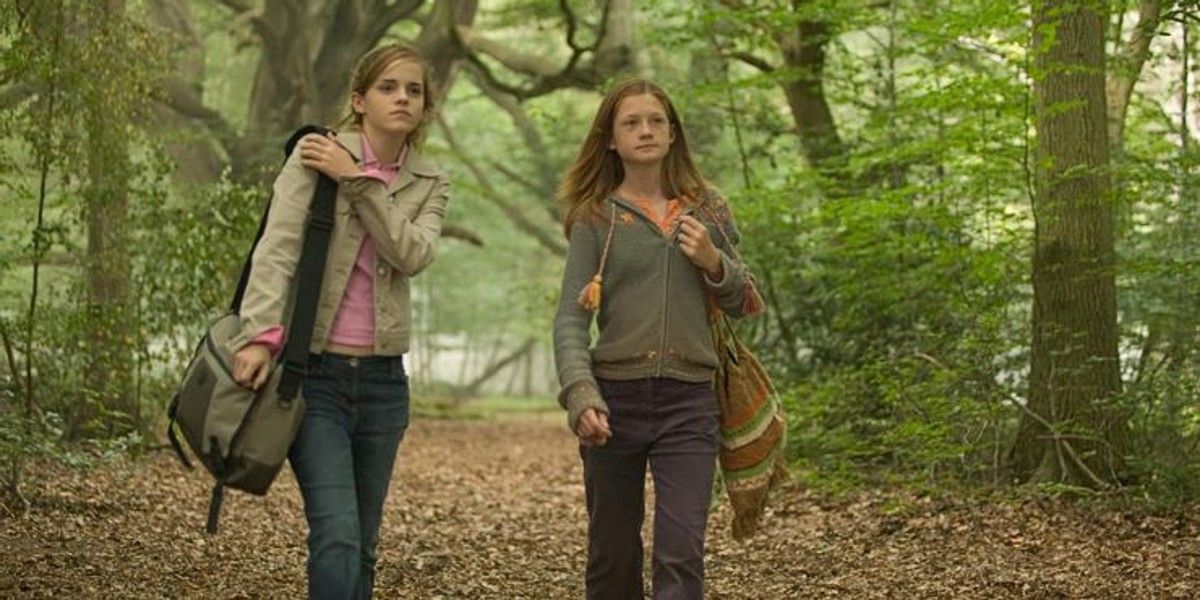 Ginny Weasely’s close circle of friends was never shown in the Harry Potter series, let alone her closeness with Hermione Granger. While she was known as the most popular girl in school, she was not often seen with a posse or group of friends in her own year.

Ginny’s friendship with Hermione was formed through her brother’s relationship with the latter. As Hermione and Ron Weasley were best friends, together with Harry Potter, she ultimately got to know Ginny and the rest of the Weasley family. They knew of each other’s dating lives and exchanged tips on various matters, including love life. How they became so tight was another mystery unsolved. 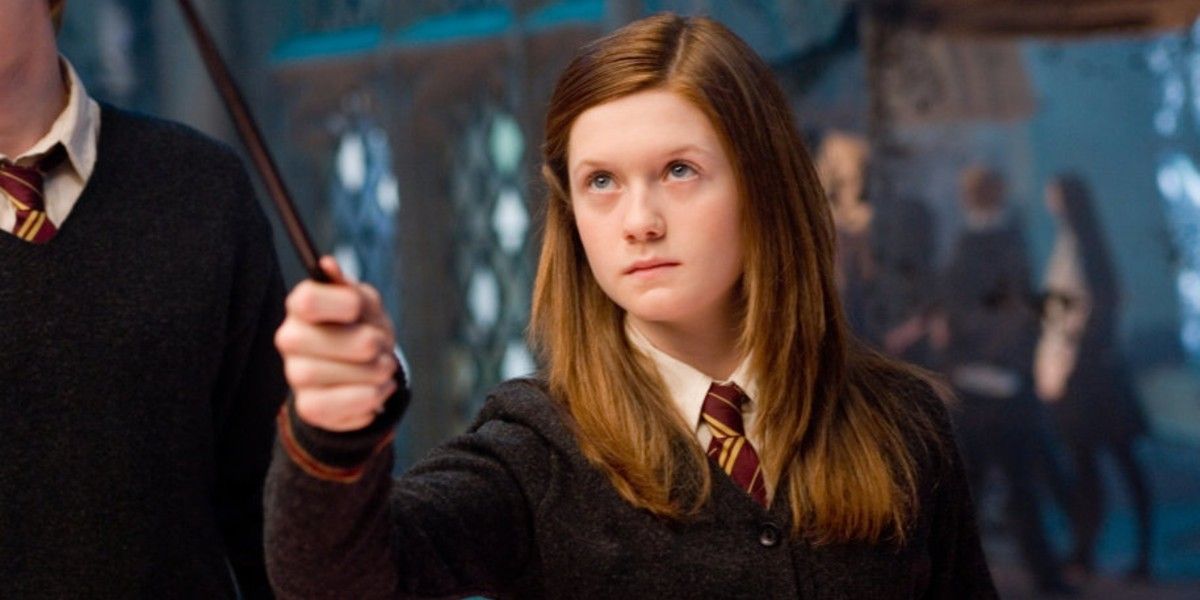 Ginny Weasley was an aspiring witch, compared to his brother Ron Weasely. But not as brilliant as Hermione Granger. While most of the Hogwarts students learn their magic from their professors, Ginny apparently learned a Hex from somewhere and got really good at it.

Ginny was an expert on the Bat Bogey Hex. A spell that made bats appear all over the victim’s body. In the Harry Potter universe, Ginny seemed to be the only one who knew of the Hex, and there was no mention of where she got it from. 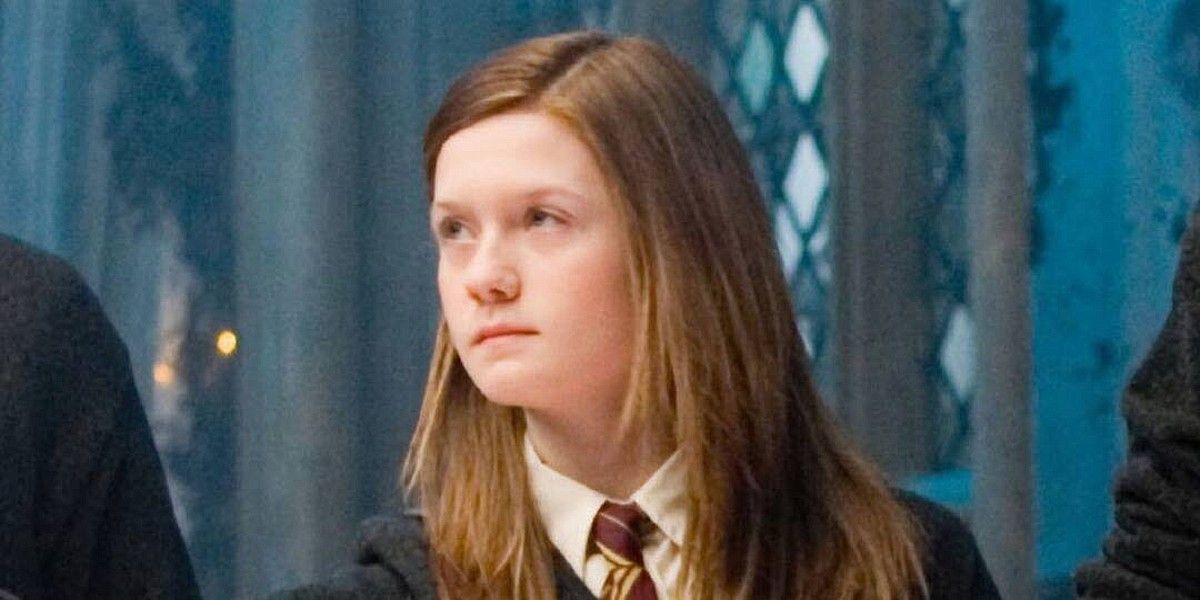 Harry Potter’s friends, including Neville Longbottom, Luna Lovegood, and Ginny Weasley, attended Hogwarts without Dumbledore’s guidance. With the change of authority, the school’s entire rules changed, and Death Eaters were rampant on the school grounds.

Harry knew of the hardships his friends went through during Deathly Hallows, and how they were tortured by the Death Eaters, especially Neville. Meanwhile, Ginny had no bruises and was completely untouched compared to their other friends. How she avoided the Death Eaters’ wrath was another mystery in the Harry Potter universe.

3 Ginny Being An Expert In Flying 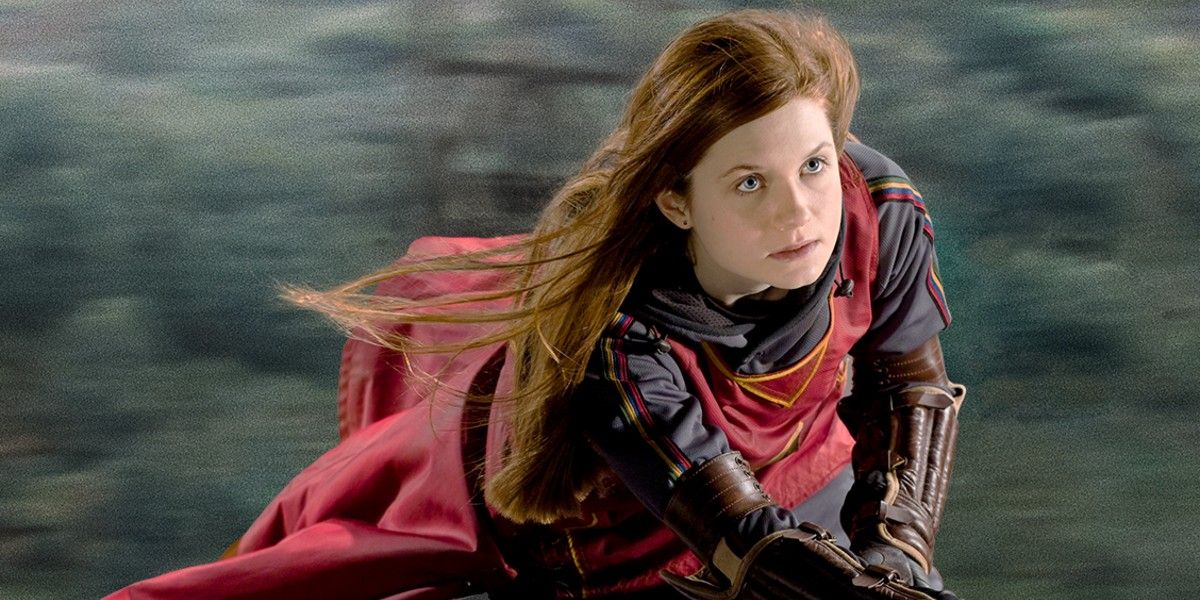 Like Harry Potter, Ginny Weasley had seemingly natural skills flying broomsticks. Her skills were mentioned in the books, where it’s explained that she used to sneak the brooms out at home and practice along, but it didn’t make it into the movies. Ginny was in her fourth year when she joined Harry and the rest of the Gryffindor Quidditch team. Fans knew that players could only enter the team if they possessed excellent flying skills — which Ginny obviously had.

The family was usually the first to know about talents, except for Harry’s case where his parents died when he was just a baby. In the Weasley household, Molly and Arthur seemed to know everything about their kids, except Ginny’s flying skills.

2 Ginny Has No Flaws 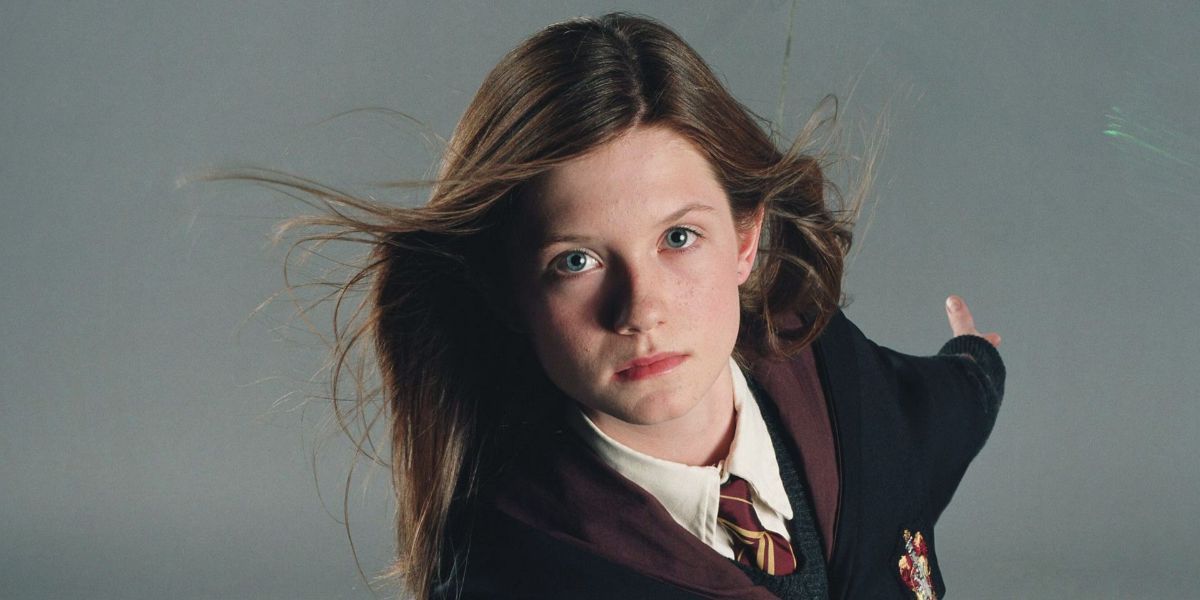 Even Hermione Granger had some negative traits, such as her being a know-it-all and being insecure. Not to mention Harry Potter and Ron Weasely, who both had countless flaws.

Meanwhile, Ginny Weasley’s character was made with no negative traits. There were instances that she had outbursts caused by her brothers, but those times didn’t come out as mean or cruel. The writing makes Ginny a strong, sassy character and nothing else. Fans may love her, but it’s simply unrealistic that she would be basically the only flawless main character.

Before any of the pairings happened, fans wondered whether Harry Potter would end up with Hermione Granger, as they seemed to make the perfect couple. However, that never happened, as the author favored Ron Weasley for the brilliant witch. As for Harry, he had a short-lived relationship with another fellow student named Cho Chang. Their romance was sweet, but it didn’t last.

Harry then fell in love with his best friend’s younger sister, Ginny. He eventually married her, and the pair had kids. Although, there was no background to the story — and barely even any in the books. It came as shocking to a lot of fans, because while she had a long-standing crush on Harry, he seemed to go from utterly uninterested to madly in love in the blink of an eye.