Hulks Wendigo Form is Stronger Than Marvels Version of Superman 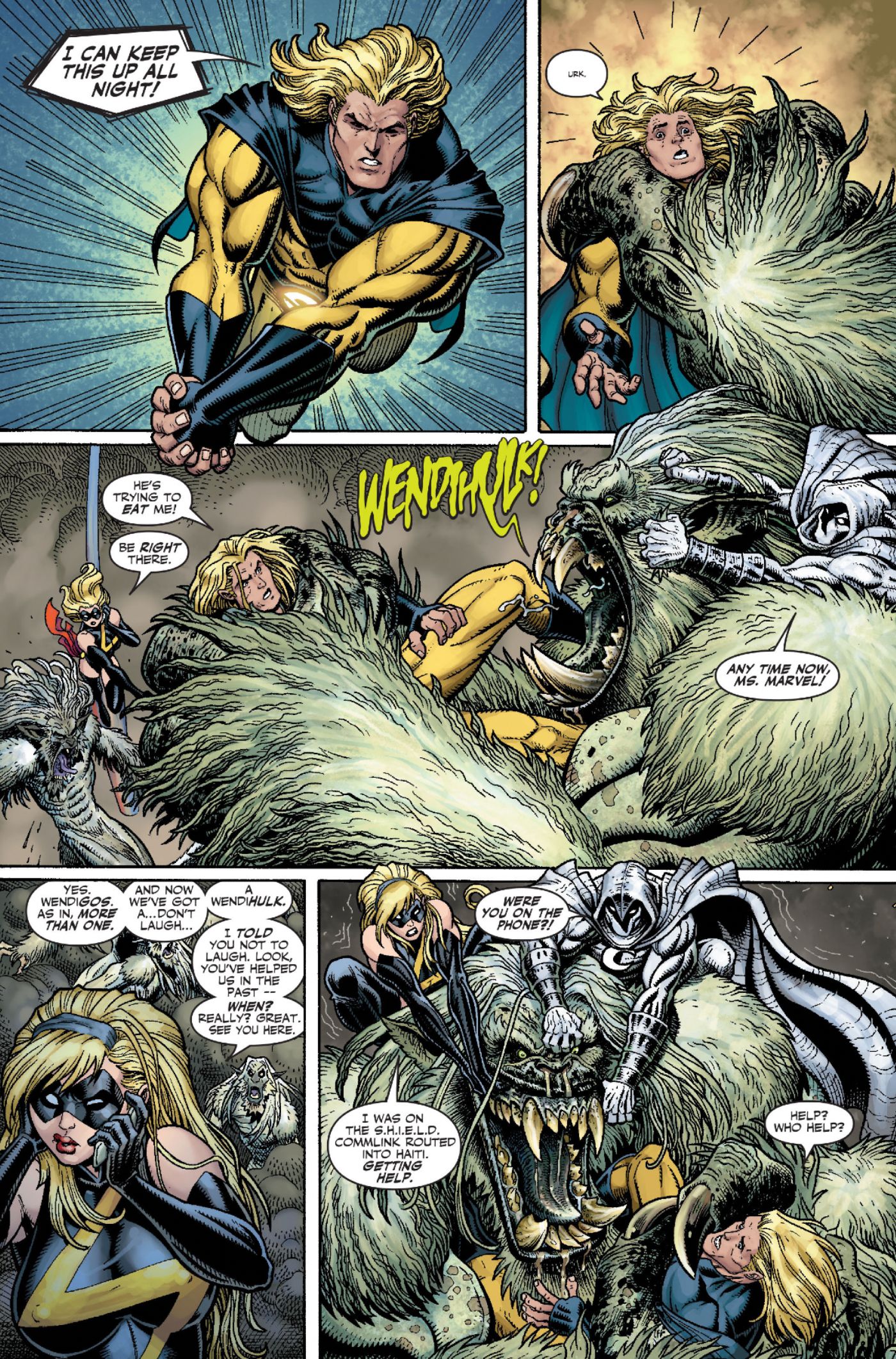 When Hulk became a Wendigo, calling himself “Wendihulk,” he defeated Carol Danvers’ Ms. Marvel and Sentry. This means Wendihulk might beat Superman.

You Are Reading :Hulks Wendigo Form is Stronger Than Marvels Version of Superman 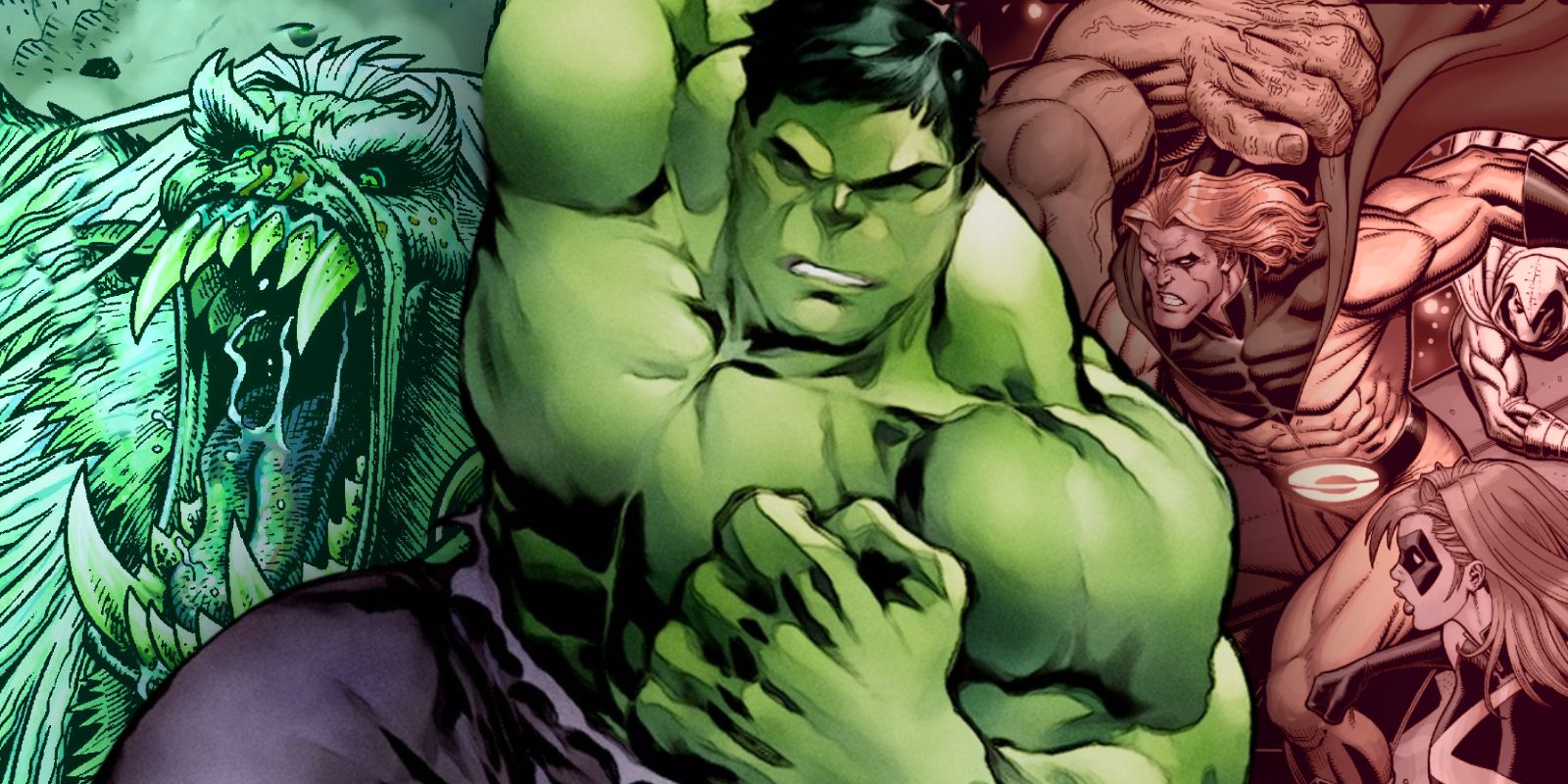 Writers constantly introduce several powerhouses to fight off The Hulk, from the cursed cannibals known as the Wendigos to the Marvel spin-off of Superman, Sentry. Bruce Banner’s alter ego may be one of the strongest characters in Marvel. Most fans know that the madder he is, the stronger he gets. So when the curse of the Wendigo strikes Hulk, what happens to him?

For those unfamiliar with the Wendigo curse, it originates in Indigenous American folklore. Steve Englehart and Herb Trimpe then adapted the legend to Marvel Comics in The Incredible Hulk #162. Marvel depicts Wendigos as white-haired creatures, with attributes resembling those of a zombie and Bigfoot. If someone eats the flesh of another human being in the Canadian wilderness, they turn into a gigantic, monstrous creature with razor-sharp claws and teeth. Characters can also obtain the curse if they survive the bite of a Wendigo. In The Incredible Hulk #8, by Jeff Loeb and Arthur Adams, Green Hulk receives a bite from a pack of Wendigos while fighting Sentry, Moon Knight, and the original Ms. Marvel (Carol Danvers), resulting in chaos.

Sentry is more than a match for Hulk. In Greg Pack and John Romita Jr.’s World War Hulk #5, Sentry and Hulk use so much energy that they exhaust back into their human forms. In other words, they’re absolutely even in power. With Ms. Marvel’s help, Sentry should be able to defeat Hulk with ease. However, Hulk’s transformation into “Wendihulk” fuels Hulk’s rage to the maximum due to the curse’s cannibalistic drive. This effect causes Hulk to grab Sentry for the entire fight. Moon Knight then distracts the raging Hulk while Carol calls for the aid of a magical ally. Just as Sentry enters Wendihulk’s mouth, Brother Voodoo saves the day. Voodoo performs a ritualistic spell that turns Hulk back to Bruce Banner, which saves Earth from what would’ve been a devastating attack.

Although Hulk’s Wendigo form quickly defeats Sentry, it’s still unknown if Wendihulk would beat the original DC Comics Superman. The Man of Steel indeed dies at the hands of Doomsday in Superman #75 by Dan Jurgens and Brett Breeding, but Superman also defeats Doomsday with his final attacks. At his most powerful, Superman is likely still more potent than any comic book character in existence, including Wendihulk. Superman’s solar-charged state in the entirety of Grant Morrison and Frank Quitely’s All-Star Superman gives him the ability to bench-press an infinite amount of weight. It would certainly be interesting to see the results of a fight between the Man of Steel from All-Star Superman against Hulk’s Wendigo form.

Wendigo legends cause some turbulent events in the Marvel Universe. Even the first appearance of Wolverine, Logan faced off against a Wendigo in Len Wein and Herb Trimpe’s The Incredible Hulk #181. The Wendigo’s monstrous nature even made Hulk consider that “the enemy of [his] enemy is [his] friend.” It’s fascinating to wonder if the curse of the Wendigo will ever strike Hulk again, causing him to rematch Sentry or even Superman.