Mad Max 2: The Road Warrior remains one of the greatest sequels ever made, but there’s a lot about it that fans may not know.

You Are Reading :Mad Max 2 The Road Warrior 10 BehindTheScenes Facts About The Legendary Sequel 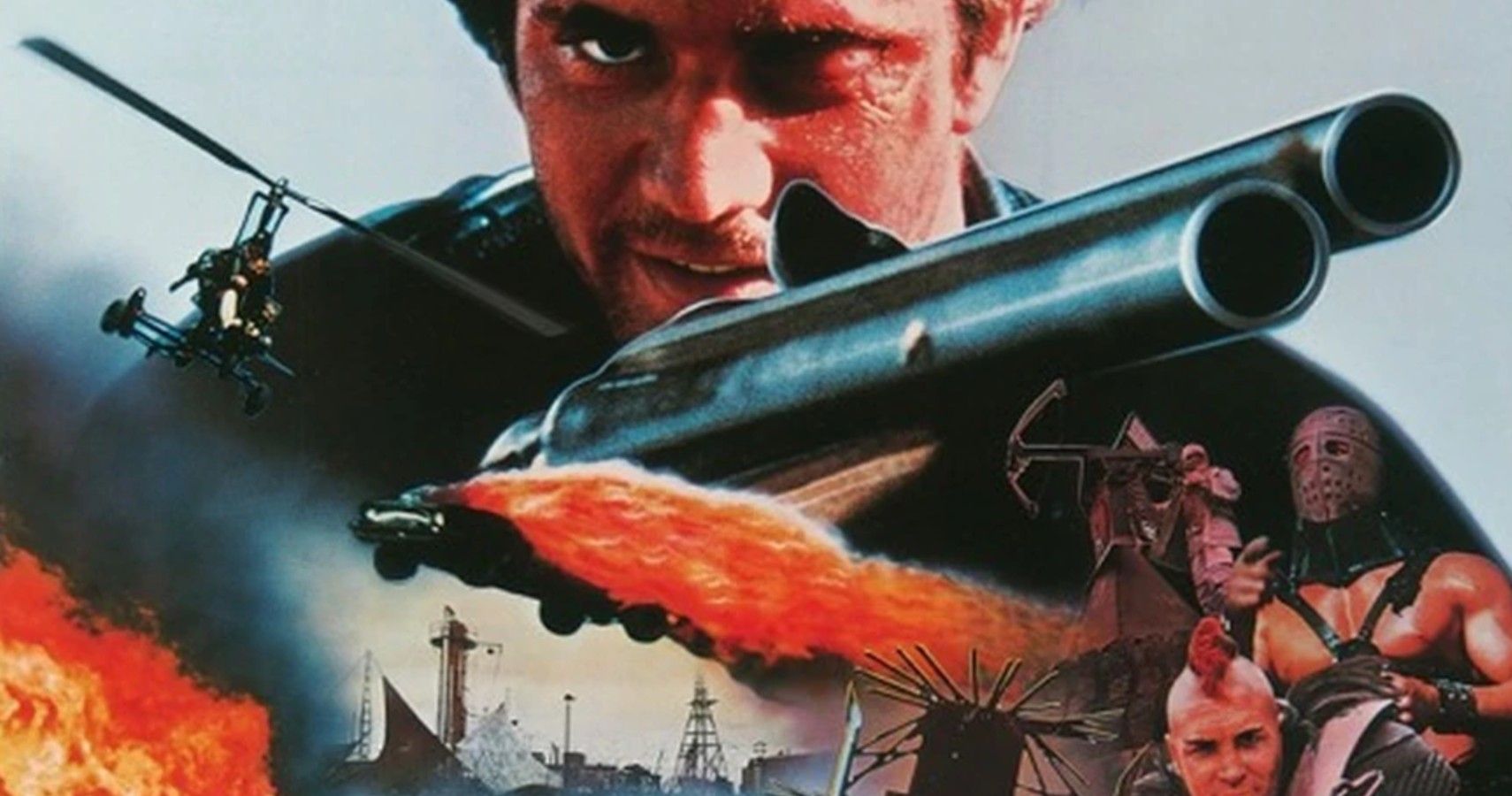 George Miller’s Mad Max 2: The Road Warrior is regarded as one of the best action films ever made. In 2008, Empire Magazine chose the film among its list of The 500 Greatest Movies Of All Time. Similarly, in 2013 Entertainment Weekly named the film #41 on its list of their 100 Greatest Movies List of all Time.

Set five years after events depicted in Mad Max, The Road Warrior continues the saga of Max Rockatansky (Mel Gibson), a grizzled drifter who helps a gasoline-laden town in the Australian outback elude a band of violent thieves. Here are 10 behind-the-scenes facts about the making of Mad Max 2: The Road Warrior.

10 It Was Inspired By Some Classics 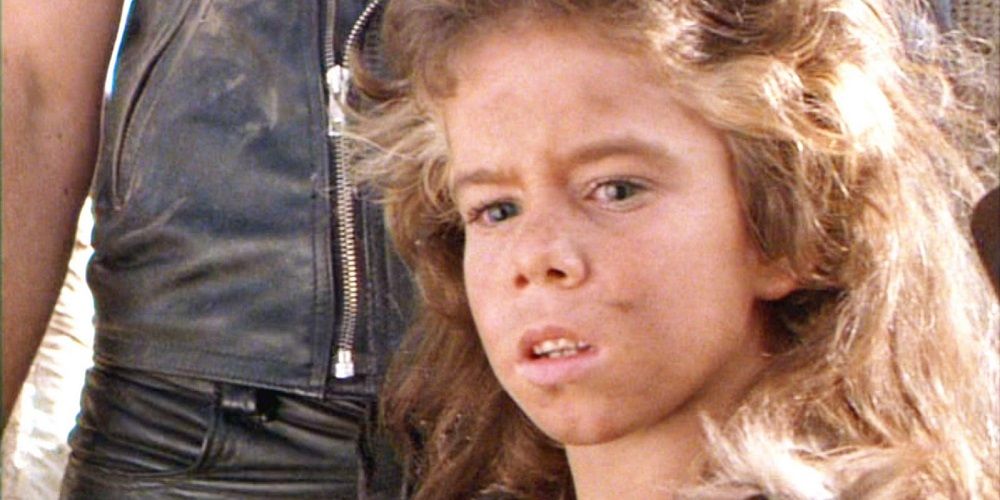 Writer/director George Miller drew from several sources of inspiration when conceiving The Road Warrior. In addition to the 1975 film A Boy and his Dog, the primary influence comes from the classic 1953 western Shane.

In particular, the relationship between Max and The Feral Boy (Emil Minty) was directly inspired by the kinship between Shane and little Joey Starrett in the celebrated western. According to IMDB, Miller also drew inspiration from Japanese director Akira Kurosawa’s series of samurai films, much like George Lucas did with Star Wars.

9 It Was The Most Expensive Australian Movie At The Time 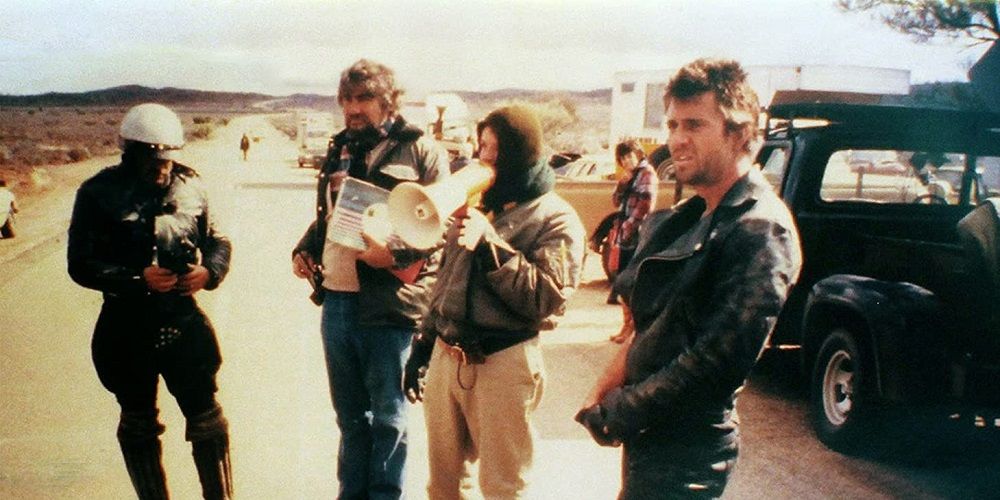 With a budget roughly ten times larger than Mad Max, The Road Warrior was the most expensive film production in the history of Australia up to that point. The film was shot in sequence over the course of 12 weeks.

In addition, a total of 80 custom-made prop vehicles were used during the production, with more than half them destroyed while filming. Despite the massive production, according to Miller, the film took less than one year from when he wrote the script to when the film was released in theaters. In contrast, Mad Max Fury Road took 12 years from script-to-release.

8 There Was An Alternate Opening 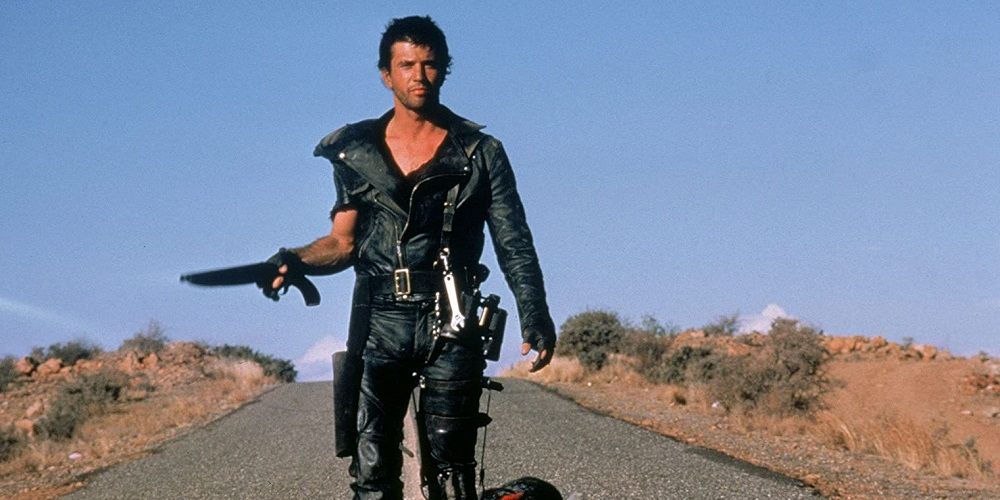 The original opening of The Road Warrior was far different than what appears in the final version. In the original opening footage that was shot but ultimately discarded, Max was shown cruising by a farm being burgled by Wez (Vernon Wells) and his henchmen with the owners’ corpses dangling from a tree limb in the front yard.

As Max’s Interceptor vehicle is heard roaring in the distance, Wez reacts by hopping on his motorcycle and beginning his pursuit. A small passage of time ensues before the opening of the film, as it is now, continues.

7 The Locations Were Very Remote 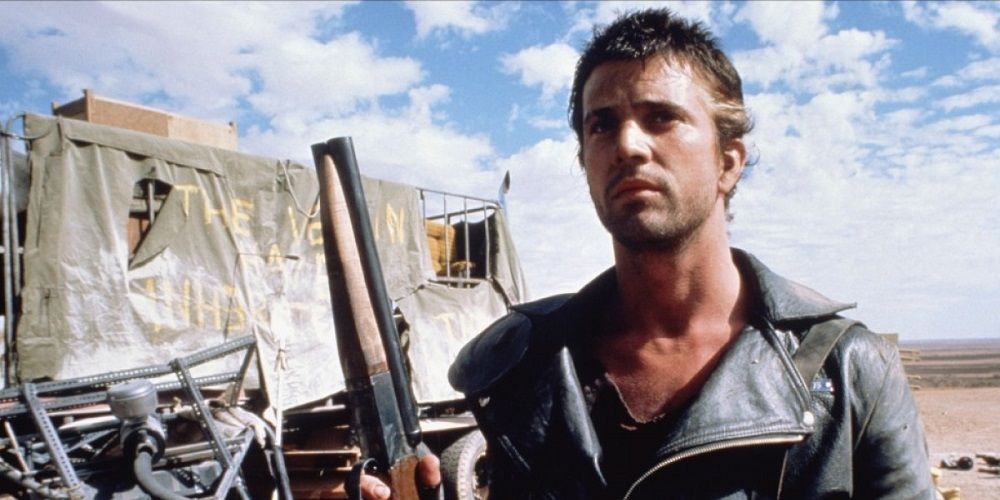 The filming locations in the Aussie outback were so remote that it took two or three days for Miller and his crew to view dailies. This made it impossible for Miller to gauge what footage could be used after any given day of filming.

Contrary to the sweaty characters in the film, the desert location was so cold while filming that several of the Marauders suffered near-hypothermic conditions. The location was chosen based on predictive weather charts, which suggested a lack of rainfall during the shooting schedule. However, it rained for the first time in four years while filming, prompting a one-week shutdown.

6 Max’s Dog Was Saved From Euthanasia 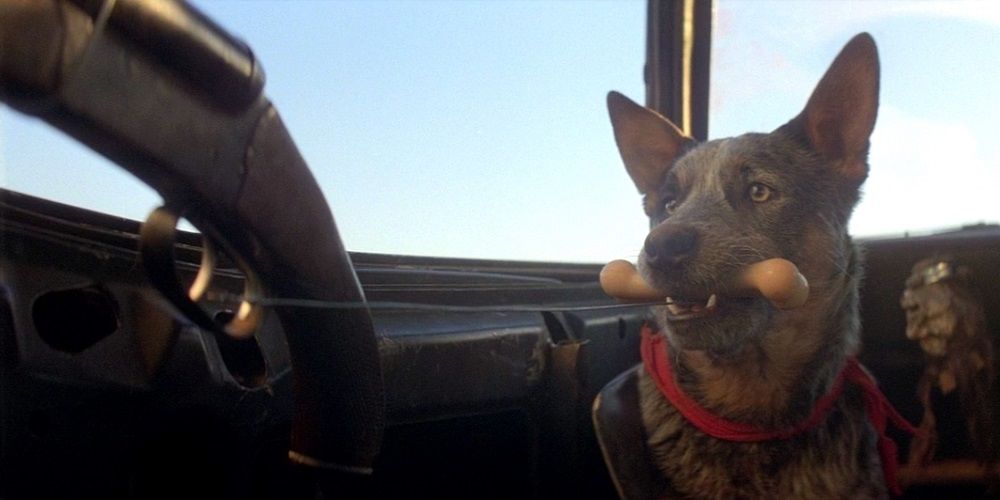 The Australian Cattle Dog used in the film, credited as Dog, made his one and only film appearance in The Road Warrior. He was cast in the film one day before he was scheduled to be euthanized.

When a crew member visited a shelter looking for a pet to cast in the film, he was surprised to see Dog show so much personality. Dog picked up like a rock and played with it like a toy, prompting the crewman to believe that Dog could perform well onscreen. While filming, the loud sounds of the engines on set made Dog so upset that he needed earplugs to complete the scene. After production wrapped, Dog was adopted by a camera operator. 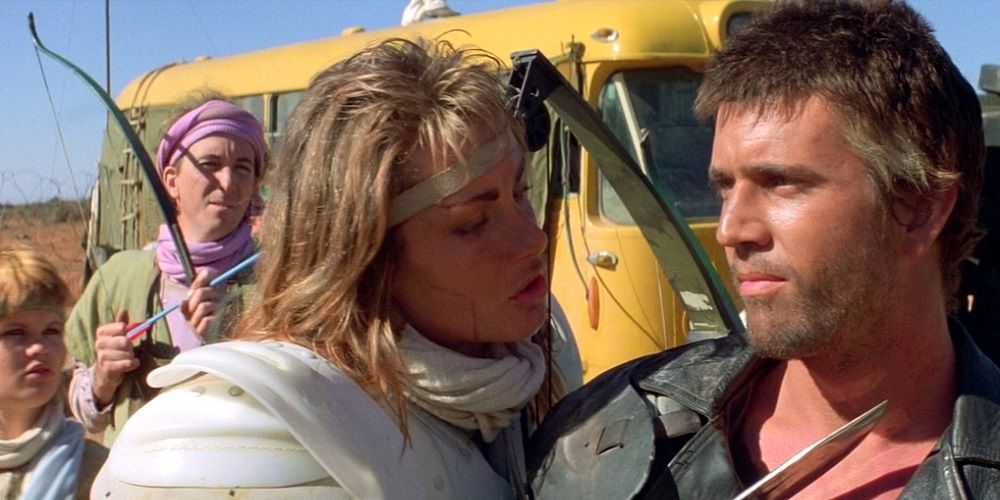 At least two characters in The Road Warrior were written in opposition to their revealed genders in the film. The first is Warrior Woman and the other is The Golden Youth.

In the original screenplay, Warrior Woman (Virginia Hey) was written as a man. When Miller chose to advocate interchangeable genders in the Mad Max universe, the character was rewritten as a woman with a large scar on her face which Max deemed attractive. Similarly, The Golden Youth (Jerry O’Sullivan) was originally written to be a woman.

See also  Martian Manhunters Finally Getting Revenge For His Own Murder

4 The Most Impressive Stunt Was An Accident 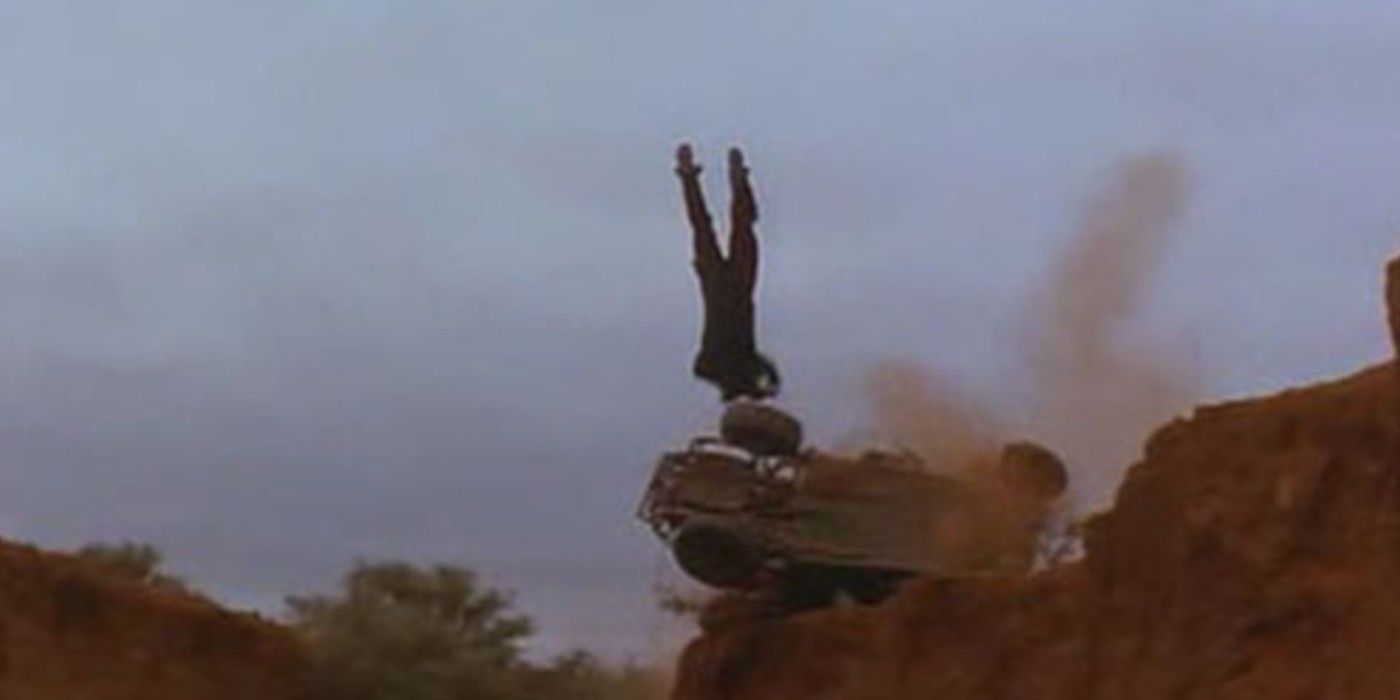 One of the most iconic (and dangerous) shots in The Road Warrior was filmed by accident. As initially planned, the shot was to feature a biker gang-member slamming into a car and flying over the hood. Instead, the stuntman flew over the hood, slammed his legs into the car, and went somersaulting towards the camera.

This shot was one hundred percent authentic and proved so thrilling that Miller opted to keep the shot in the final cut. As a result of the accident, the stuntman broke his leg and nearly lost his life in the process. 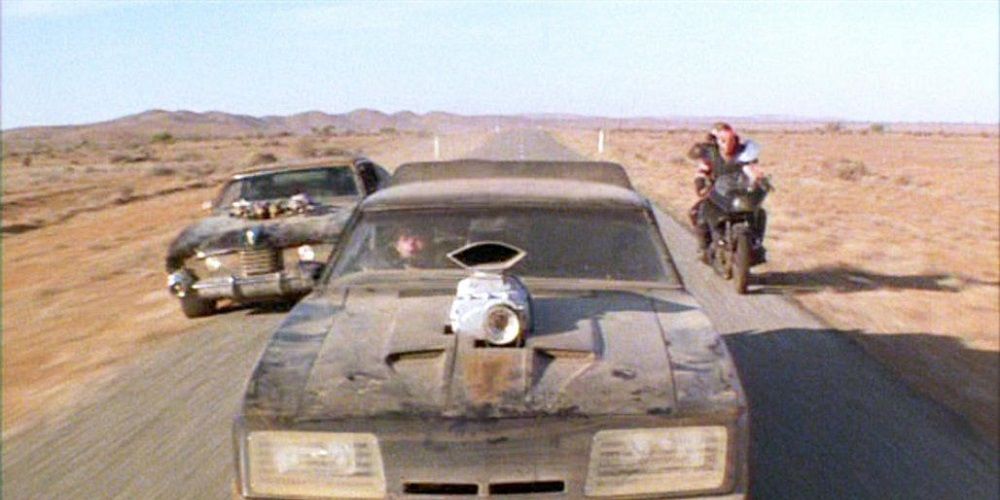 Max’s iconic black Interceptor vehicle is a 1973 Ford Falcon XB GT Coupe, a car produced exclusively in Australia. Following the production of the first Mad Max in 1979, every car used in the film was set to be destroyed, including the Interceptor.

However, a crewmember deemed the car too good to destroy and when the sequel was announced, the Interceptor was found and brought back. The vehicle was restored and upgraded in the interior for use in the sequel. After shooting, the car was bought, refurbished, and displayed in the “Cars of the Stars Motor Museum” in England. 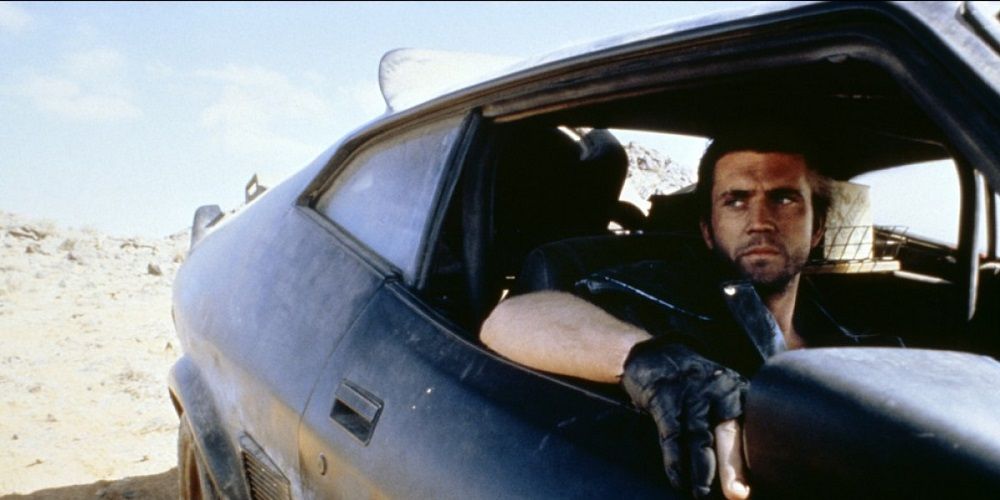 The oil refinery explosion in The Road Warrior was such a massive undertaking that Miller and his crew had to notify airlines prior to detonation due to the seismic tremors of the blast.

To achieve the utmost authenticity, Miller opted to blow up the building for real. The set for the oil refinery was detonated on July 22, 1981. The image of the Marauders inside the building prior to its explosion was filmed at dawn the same day. 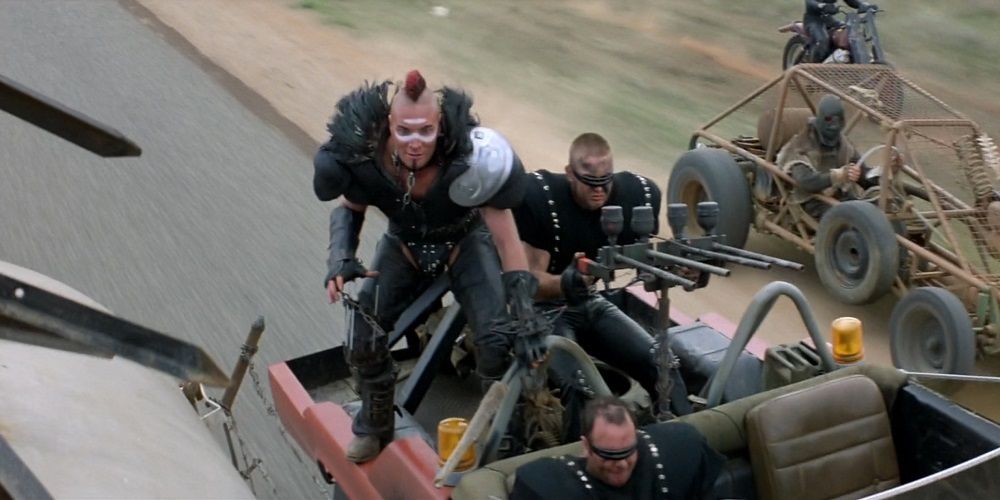 According to Miller, more than 200 stunts were employed while making The Road Warrior. Two stuntmen were badly injured while filming the climactic highway chase sequence, which also featured dummies strapped with watermelons for certain shots.

During the shot in which the tanker rolls over, the stunt was deemed so perilous that the stuntman was prohibited from eating anything for 12 hours prior to filming should he need to be rushed to the hospital for emergency surgery.