Marvel Zombies Shamble Back to Disney for a New Series

Marvel Zombies Shamble Back to Disney+ for a New Series

Marvel Studios announces during Disney+ Day that a Marvel Zombies animated series is coming to the streaming service.

You Are Reading :Marvel Zombies Shamble Back to Disney for a New Series 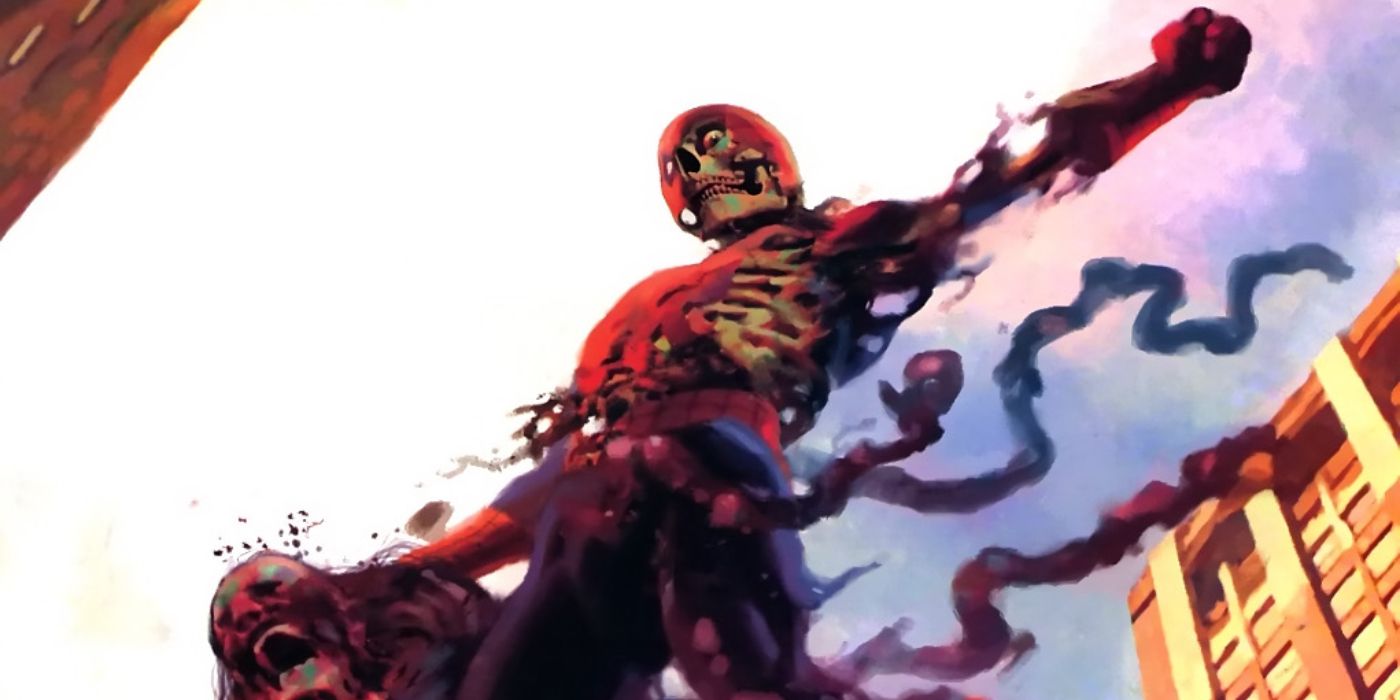 A Marvel Zombies series is coming to Disney+.

“Marvel Zombies, an animated Original Series from Marvel Studios, coming soon to [Disney+],” the streamer tweeted as part of its Disney+ Day announcements. According to Variety, What If…? director Bryan Andrews is helming the project, though it’s unclear if it will actually be connected to What If…?

The original Marvel Zombies was a five-issue limited series written by Robert Kirkman and illustrated by Sean Phillips that ran from December 2005-April 2006. Spinning out of Ultimate Fantastic Four and set in an alternate universe (Earth-2149), the series saw the various heroes and villains transformed into flesh-eating zombies thanks to a virus from another dimension. It went on to spawn several sequels (including a crossover with Dynamite Entertainment’s Army of Darkness) and tie-ins, and it was most recently in 2020 with Marvel Zombies: Resurrection.

The Marvel Zombies returned for What If…?, and shortly after, it was reported by writer Mark Millar that a live-action project was in the works. It’s unclear if that’s still the case or if wires were simply crossed.

Regardless, Millar isn’t the only writer to recently tip fans off as to what the future of the Marvel Cinematic Universe may hold. In August, Jim Shooter implied that Marvel Studios is developing a live-action Secret Wars project. “This one clown called me from Marvel,” he explained. “He wasn’t an editor, but some executive of property management which was a little odd. He asked me if I wanted to write a novelization of Secret Wars.”

“This means you’re making a movie, right?” Shooter asked Marvel’s David Bogart. “I’m not allowed to tell you that,” Bogart reportedly replied, to which Shooter said, “Well, I think you just did.”