Tom Taylorson and Fryda Wolff, the voices behind the Ryder twins in Mass Effect: Andromeda, star in a video that details their relationship in and out of game. 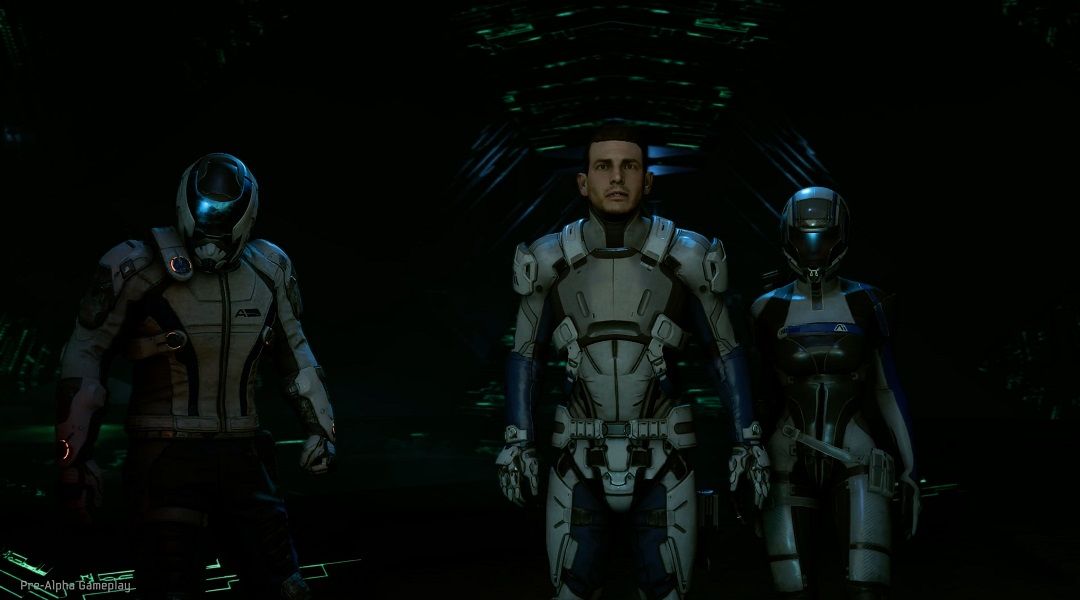 Tom Taylorson and Fryda Wolff, the voices behind the Ryder twins in Mass Effect: Andromeda, star in a video that details their relationship in and out of game.

It has been a strong start to 2017 for BioWare’s forthcoming Mass Effect: Andromeda. The game, set in the Mass Effect universe and departing from the Commander Shepard storyline for the first time in series history, was only announced a year and a half ago, but has dominated headlines in the new year. That’s thanks largely to a blockbuster release date announcement for Mass Effect: Andromeda that will see the hotly anticipated game debut on March 21, well before many industry insiders believed was possible.

Now that gamers find themselves just months away from the release of Mass Effect: Andromeda, fan speculation regarding the game’s twin protagonists, the Ryder siblings, has ramped up. A recent video from BioWare’s official YouTube channel, BioWare Base, hasn’t revealed more about the siblings themselves, but it has made it very clear that the actors playing Scott and Sara Ryder, Tom Taylorson and Fryda Wolff, have more than enough personality to make both characters memorable. Wolff commented during the video:

“We spend so much time here it’s like we’re actually family…it’s not a competition, [though] if it was, I’d be winning.”

The actors behind the heroes of one of 2017’s most anticipated games certainly come off as though they’re related, taking various subtle shots at each other during the interview, which only lasts a few minutes. Taylorson is quick to assure viewers that the actors “do help each other out”, although if the video is any indication, much of that “help” comes in the form of small pranks and verbal jousting.

What the video highlights better than any of Mass Effect: Andromeda’s trailers have thus far, however, is the undeniable chemistry between Taylorson and Wolff, which should translate to a similar relationship between Scott and Sara Ryder. BioWare is well-known for creating compelling relationships between its characters, but the Ryder siblings present an interesting challenge in the sense that their on-screen pairing is one devoid of the romance options in Mass Effect games that have helped pad out many of BioWare’s earlier companion stories.

While the video is more fluff than substance, the interview with Taylorson and Wolff provides even more evidence to the growing case to be made for Mass Effect: Andromeda’s staggering developmental promise. There are a lot of changes coming to Mass Effect via Andromeda, but if the relationship between the Ryder siblings is half as fun as the one between Taylorson and Wolff, BioWare will have created yet another dynamic set of protagonists that gamers will enjoy talking with as much as fighting alongside.