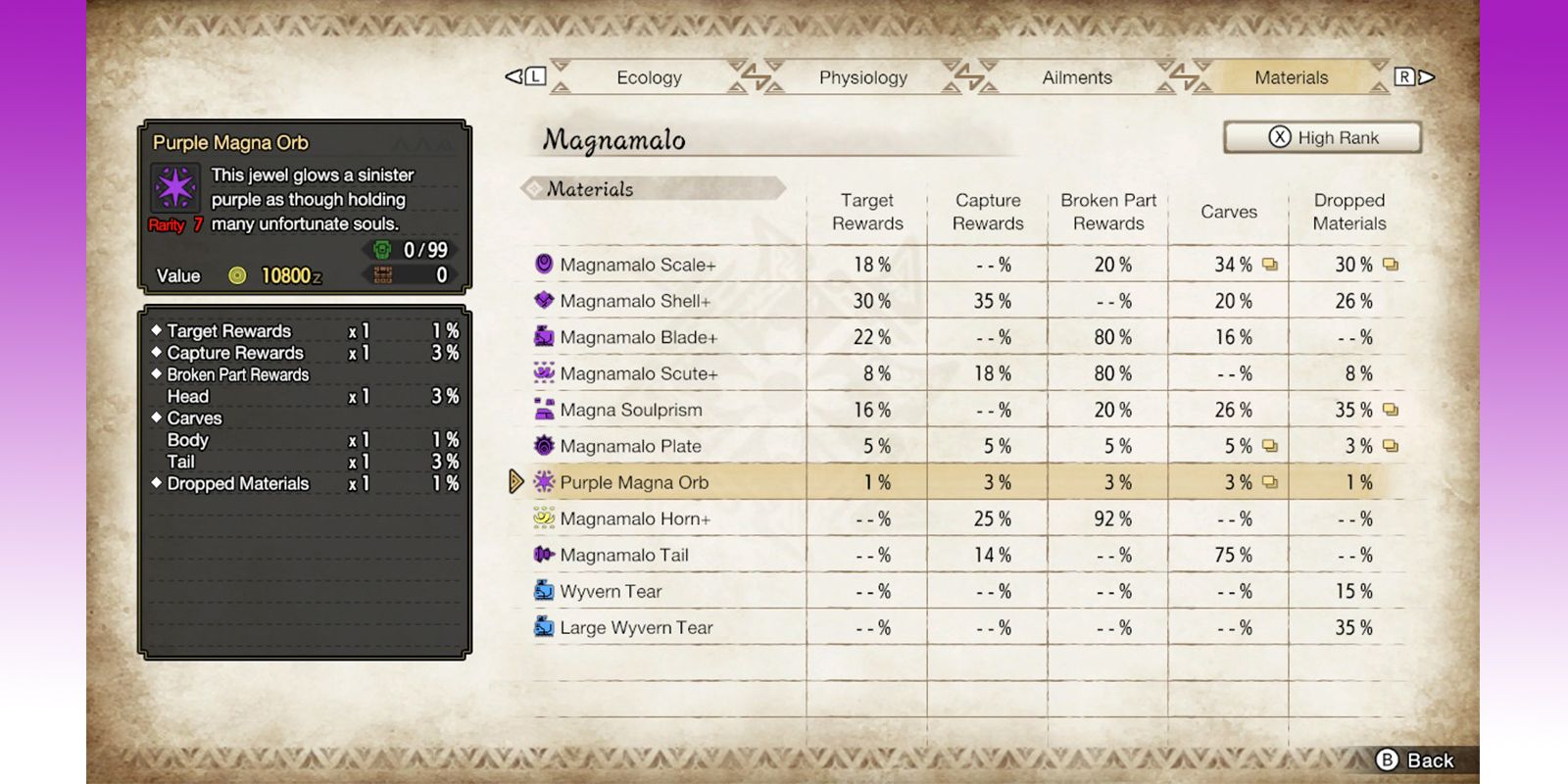 Late game items require rare monster parts to craft in Monster Hunter Rise. Here are some tips to increase the chances of getting one. 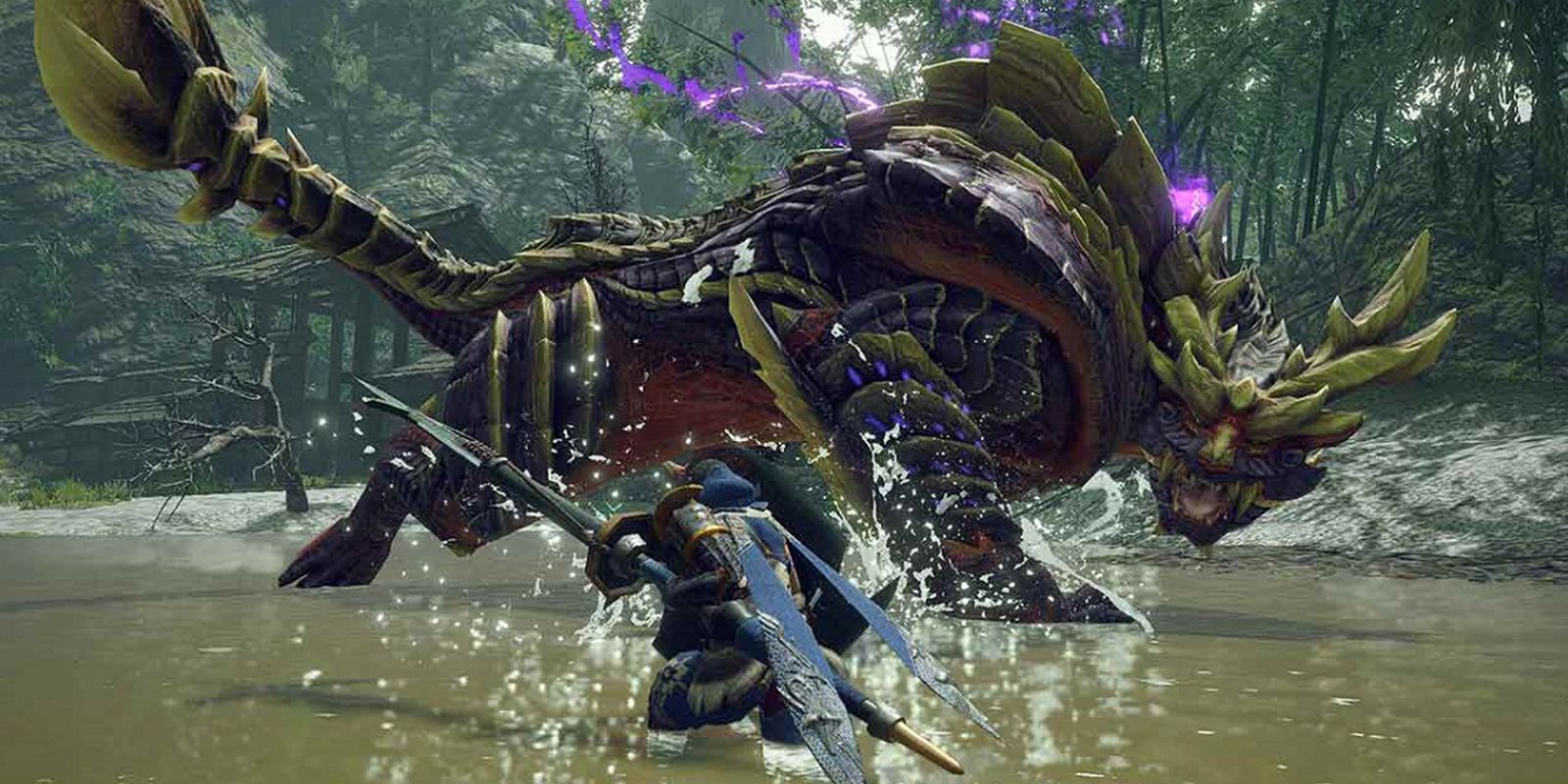 It’s been nearly two months since Monster Hunter Rise wirebugged its way into the hearts of action game fans everywhere, and that means that some hunters are well into their hundredth or more hour of gameplay. It also means that the armor, weapons, and decorations they’re hunting for requires plates, gems, and orbs.

With drop rates in the one to three percent range, these parts can take multiple hunts of the same monster to collect. However, there are some strategies and tips that players can use to improve their chances of getting these items.

Make sure to complete canteen quests, as several of the rewards are Dango meals that will greatly increase the chance of getting rare items. Hap-peanut increases the chance of receiving reward items at the end of a quest, and Rosy potentially gives players an additional carve chance. Both Dango only shows up sometimes, but when they do, hunters should absolutely eat for the skill.

Sometimes rare parts are more common when a monster is carved versus when they are captured. Players should make sure to check the “Large Monsters” section of their Hunter’s Notes to verify. Even if they haven’t gotten a part yet, they can see what the percentage chance of getting the item is from capturing or carving.

Players should cut off a monster’s tail when possible. While many of the rarest items can be acquired from a body carve, oftentimes they are more common from a tail carve. Not to mention the fact that cutting off the tail gives players an extra carve regardless.

Plates can appear as dropped items from broken body parts, so it’s crucial to break as much of a monster as possible before defeating it. One of the best ways to collect dropped materials is through riding monsters. Each heavy attack, while mounted, will cause the targeted monster to drop a shiny, and this can be done up to three times per monster in a hunt. Some Silkbind Attacks are great for instantly mounting a non-quest monster. Alternately, players can use stinkminks and wailnards to lure monsters into battling each other.

The Good Luck skill which can be activated through talismans, armor, and decorations increases the chances of quest rewards at the end of a hunt. The max level of this skill is three, and it’s worth activating because the increase in rewards is quite significant. The Narwa and Ibushi armors have a skill called Fortunate which functions similarly.

It’s highly recommended to bring along a Gatherer type felyne, as they can unlock the skill “Pilfer.” This allows them to steal extra parts from a monster, which the player can claim at the end of a hunt. It’s a great way to earn a part or two without having to do any extra work. And bringing two cats along with Pilfer increases the number of parts stolen from monsters.

There aren’t any ways to increase the drop rates of an item in Monster Hunter Rise, but as shown above, there are techniques to increase the number of drops overall. Implementing some or all of these skills can practically guarantee at least one rare part per hunt.