Pixar’s Monsters, Inc. nearly had a completely different story from the theatrical release, with top scarer Sulley as a scare assistant.

You Are Reading :Monsters Inc Nearly Made Sulley a Scare Assistant 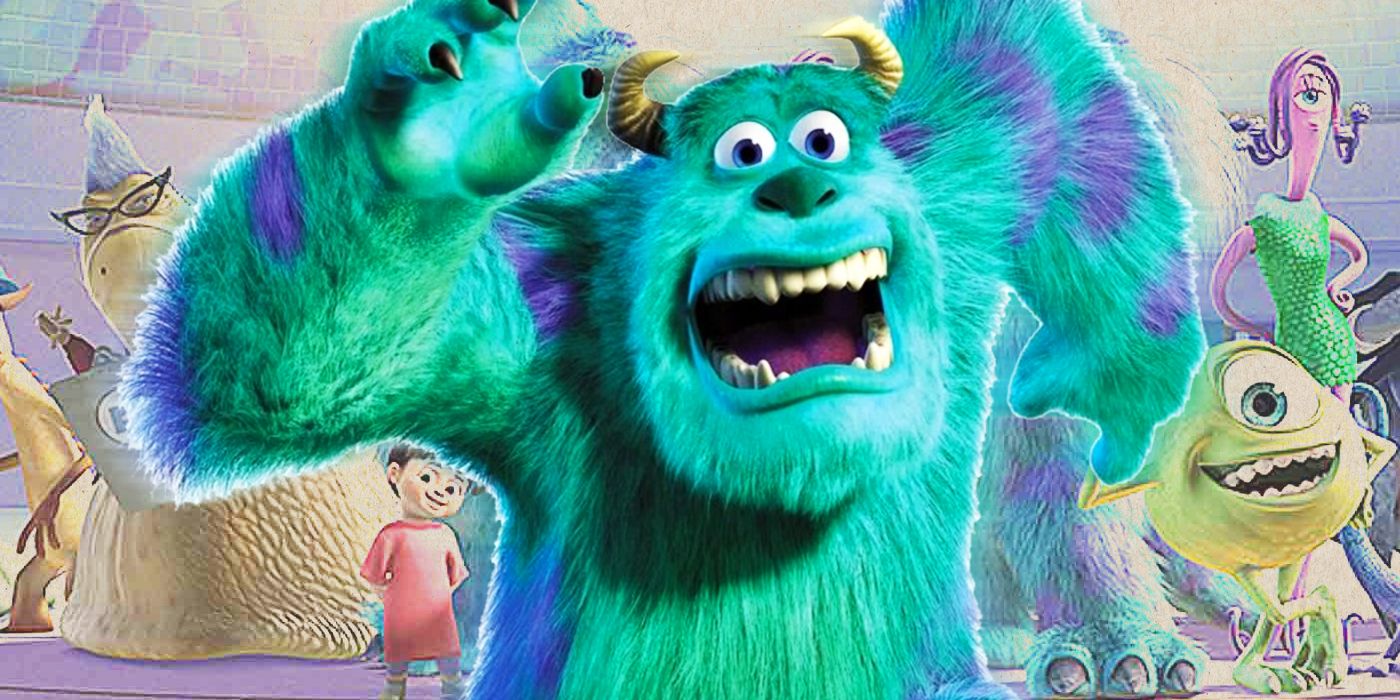 Monsters, Inc. is one of Pixar’s earlier and most beloved films. But its success was far from overnight as the story went through many extensive changes until the creators found something that worked for everyone. For example, one scraped version imagined top scarer James P. Sullivan, aka Sulley, as a scare assistant who was utterly terrified of children. Obviously, the concept never made it into the final film, but it made it to storyboards.

Known as the Banished Concepts, these brief scenes are available on Disney+ and reveal Sulley as an aspiring scarer. In Banished Concepts – Assistant Sulley, Original Sulley, he works with his friend Mike Wazowski as a scare assistant who sets up the doors and scream tanks for the other monsters to scare the children. Mike works with Switch, the top scarer who later becomes the theatrical cut’s main antagonist, Randall. However, Sulley doesn’t have a monster assigned to him as he works more so in the refinery, organizing the tanks. 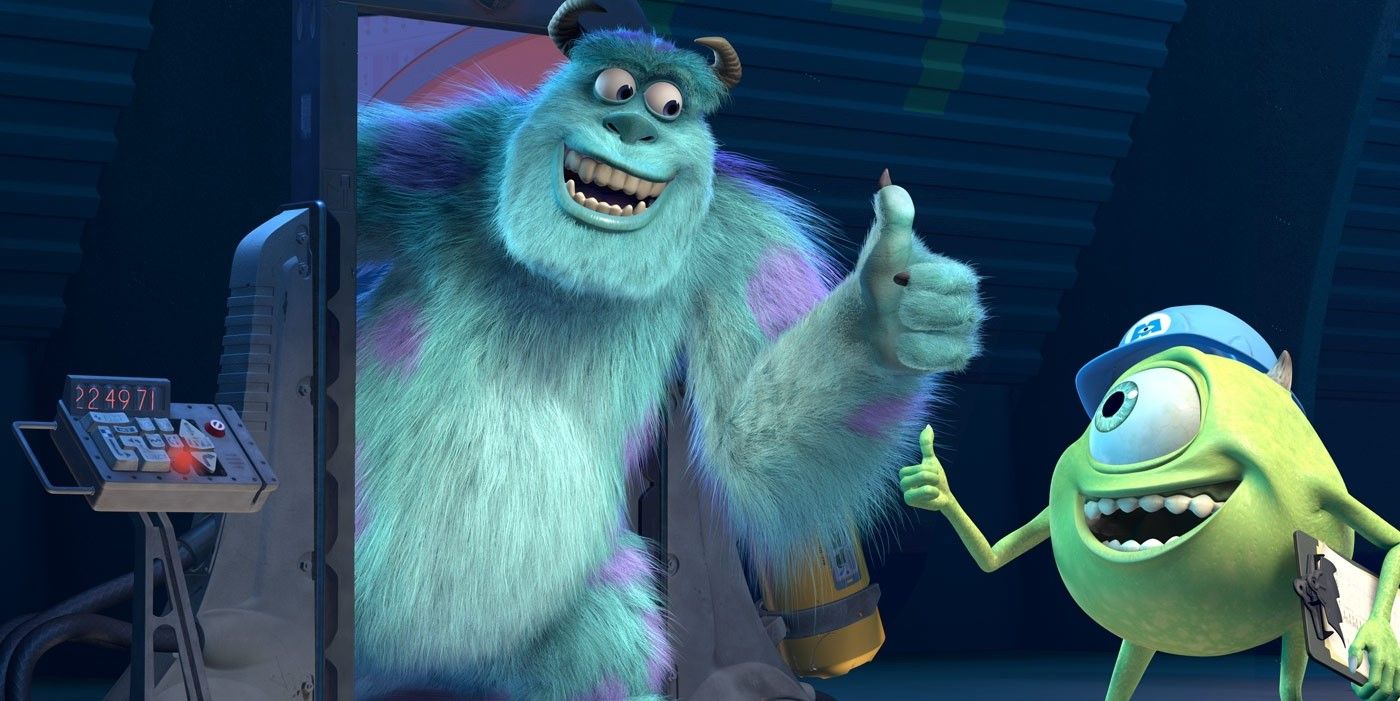 In Banished Concepts – End of Day, Switch asks Mike to leave a door available for him to get one more scare tank filled. Meanwhile, Sulley, who recently talked with Monsters, Inc. CEO H.J. Waternoose believes he has what it takes to finally be a scarer. Ready to face his fear, Sulley walks through the abandoned door and nearly collapses from the terror. He conquers his fear of stepping through but encounters a young girl named Boo instead of scaring anyone.

Much like the theatrical cut, Sulley screams in terror and tries to escape only to learn she followed him into his own world. The story continues in Banished Concepts – Bad Scare, which shows Sulley trying to return Boo to her door. However, Switch discovers Sulley’s hard hat in Boo’s room and becomes suspicious. With it being too risky to return her, Sulley takes her back home to figure out his next steps instead. 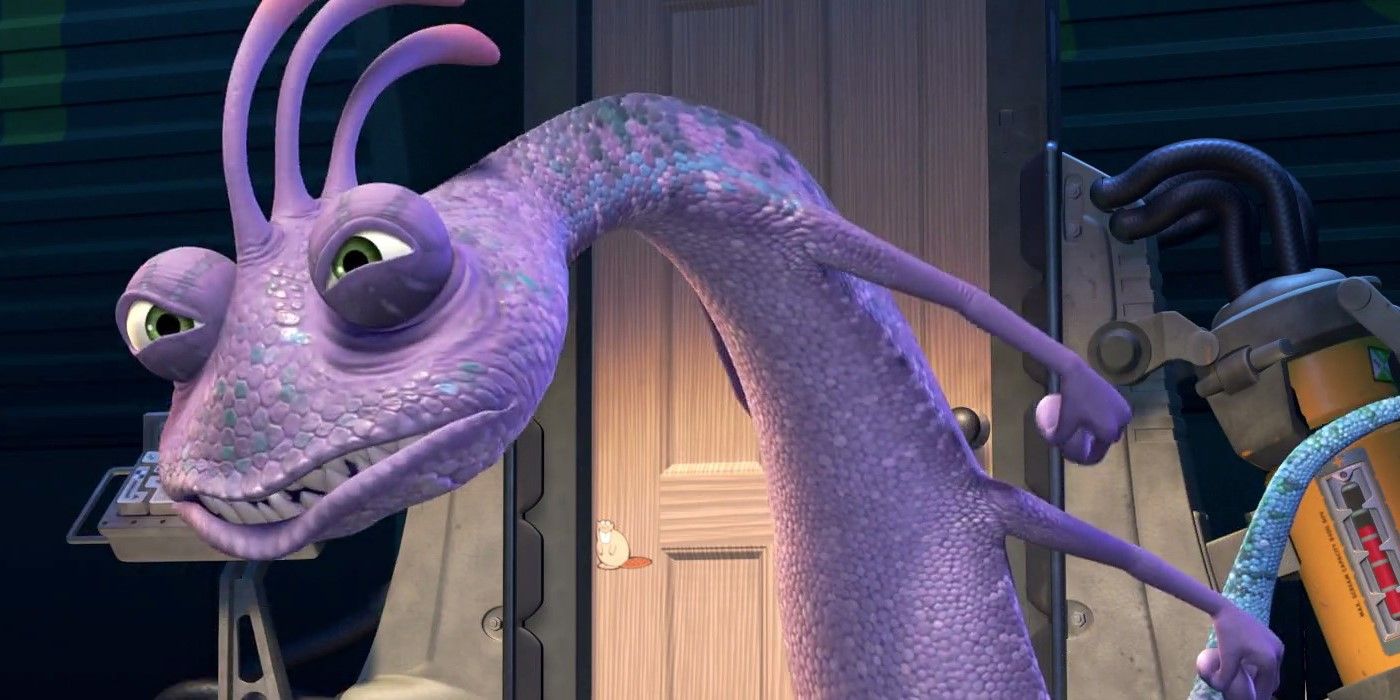 The Banished Concept shows that Sulley’s lovable personality was maintained in the theatrical cut. However, one factor that stayed on the cutting room floor was his unhappiness in the workplace. In Banished Concepts – Scream Refinery, Sulley is incredibly efficient at his job. He’s able to empty scream canisters and get them ready for the next round of scares, all while reading a book. However, as he takes the empty cans upstairs, his poor luck shines through. In an instant, a black liquid lands over his eyes. As he stares at himself in the mirror, he is greeted by a much older monster doing the same job. The moment nonverbally drives home that Sulley has no interest in staying in his position forever and wants something better.

All differences aside, the Banished Concepts clips show multiple similarities that made it into the film. This includes Mike, who never changed his role as scare assistant, and Switch, who, before becoming Randall, remains the villain. Even the scene where Sulley rediscovers Boo in the bathroom is largely identical to the film version. But the decision to change Sulley’s role was ultimately a great choice for his character and the others around him.

Now, Sulley doesn’t follow the basic underdog trope and is more of a team player and closer friend to Mike, whose value shines through by the conclusion. Meanwhile, Randall’s status as number two gives him a stronger motivation to be the enemy. Monsters, Inc. started as a good story through trial and error and was reborn into a great one.