Most GameBreaking Destiny 2 Glitches So Far

Most Game-Breaking Destiny 2 Glitches So Far

Much like many other MMOs and huge games, Destiny 2 has had a history of game-breaking glitches, dating all the way back to its first year.

You Are Reading :Most GameBreaking Destiny 2 Glitches So Far 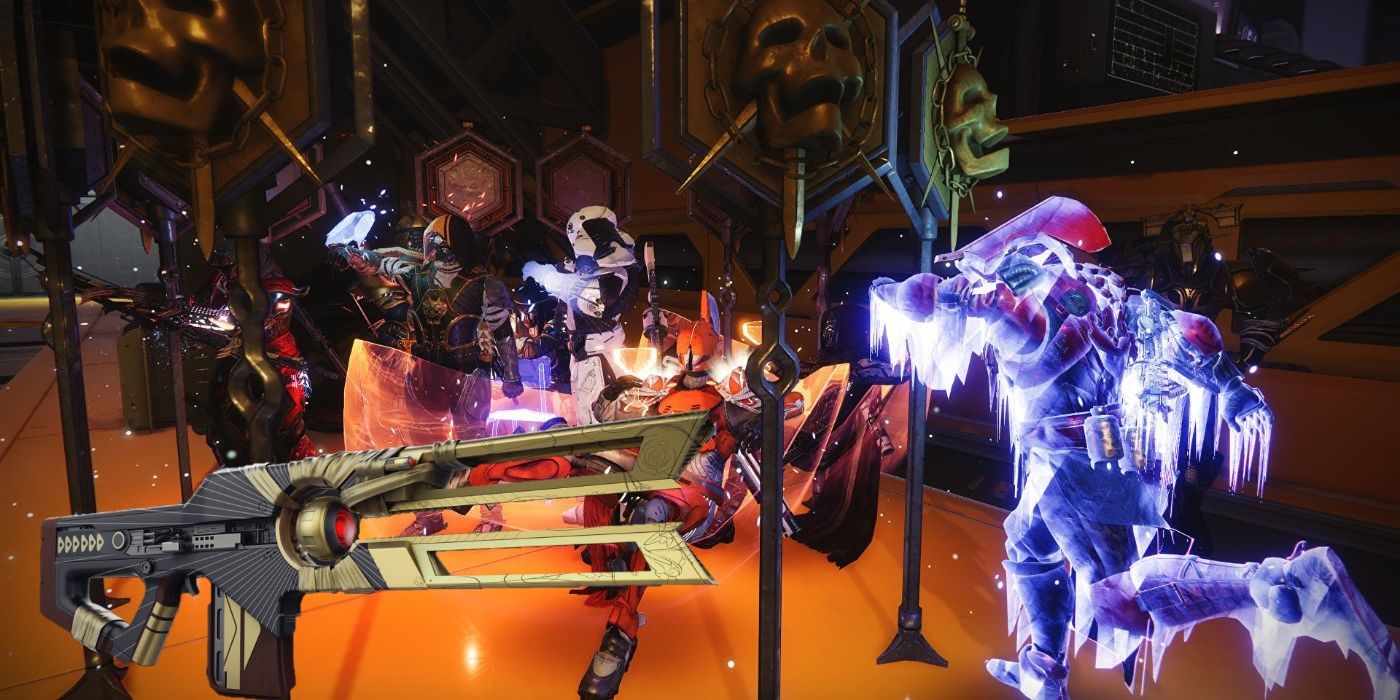 Destiny 2 is one of those games where every once in a little while players find themselves in a strange chain of events that leads to a glitch being discovered, whatever the activity they are performing. A prime example of this is the fact that a Reddit user found a new bug occurring during the Solstice of Heroes 2021, which just started this week, and yet it features an issue where Destiny 2 players can theoretically get infinite Legendary Shards by performing a series of trades. This is not exactly an all-new issue, as it already occurred in May during the Guardian Games event that ended with the victory of the Hunters.

Of course, bigger games like MMOs tend to be more susceptible to this sort of issue occurring specifically because they are massive, and in the case of Destiny 2, Bungie has a history of having to fix the craziest glitches in a short span of time. Destiny 2 is also subject to recurring errors that have been plaguing the game for years, all creatively named after species of the animal kingdom, like Code Error Weasel, Centipede, Beagle, and more. However, there are far more serious exploits that occurred in Destiny 2 over the years since its release, and some of them were really game-breaking (albeit also extremely fun). 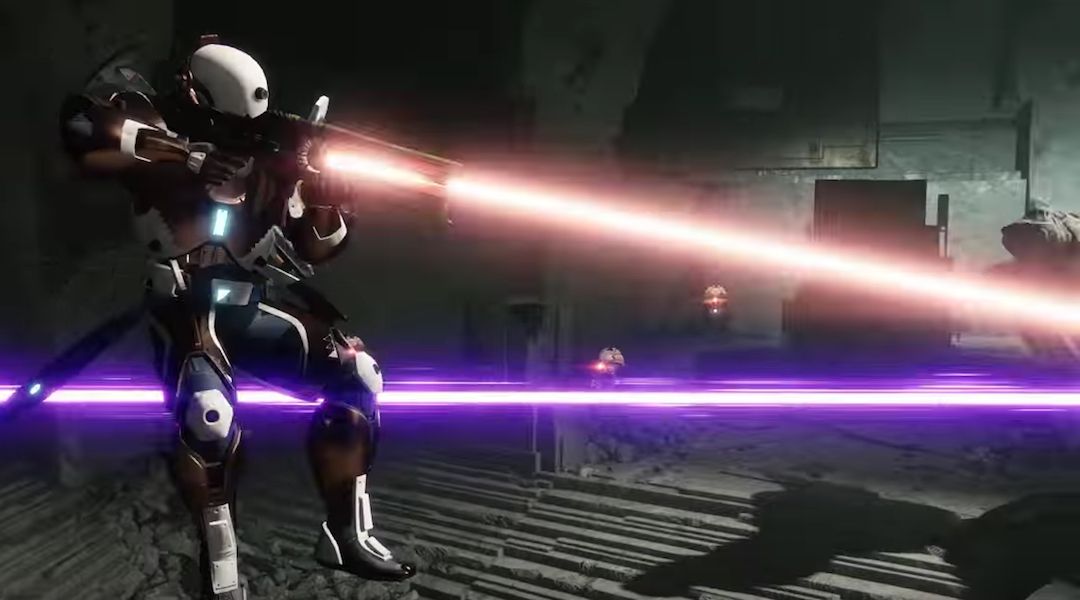 Back in Year 1, Destiny 2 saw the introduction of its second-ever trace rifle alongside the Curse of Osiris expansion, and that gun was the Prometheus Lens. This laser-shooting weapon was way more powerful than intended for a little while, and back then some players were oblivious to just how disgustingly overpowered it was in the Crucible. Word spread, and hordes of Guardians jumped into the Crucible to partake in what was later known as “Laser Tag weekend,” which Bungie made possible by having Xur sell the trace rifle for everyone to get prior to its inevitable nerf. It was short-lived, but likely one of the most iconic Destiny 2 glitches. 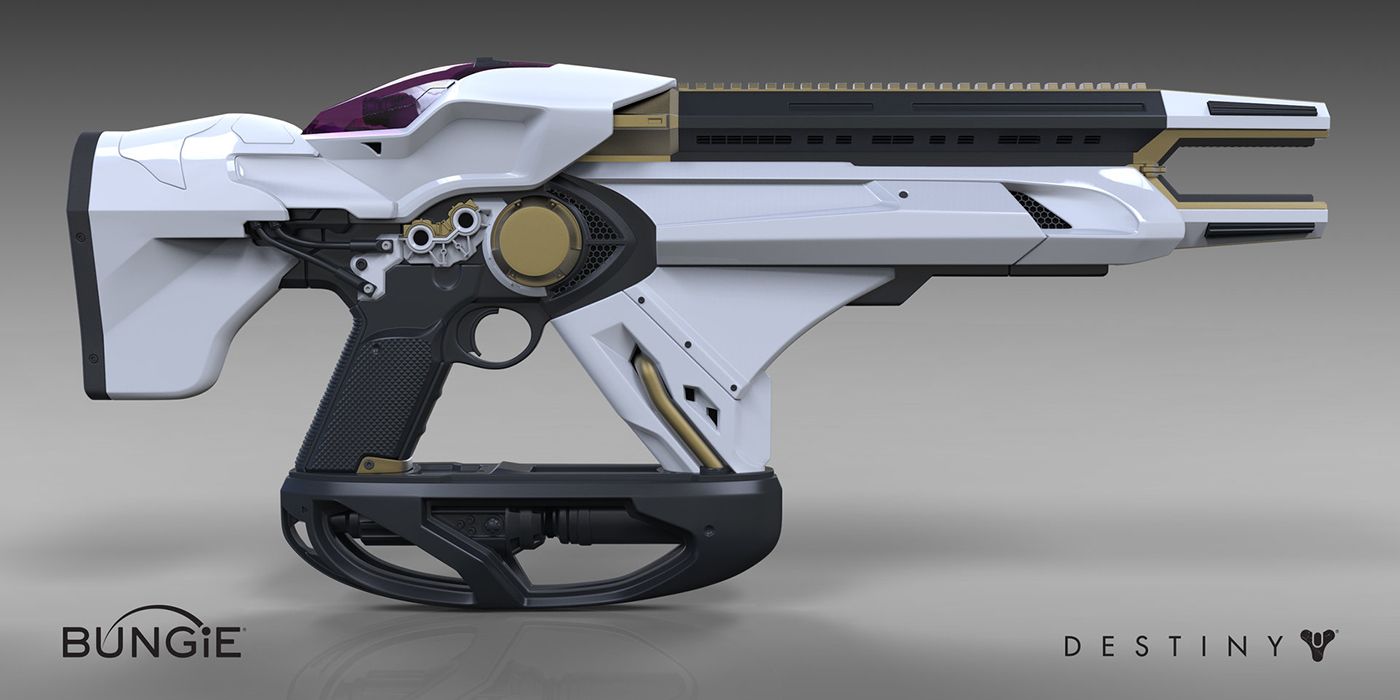 Telesto is an Exotic fusion rifle that became infamous due to amount of bugs linked to it that started occurring since its release. They vary quite a lot, and one of them happened in Forsaken; players willing to complete the Blind Well activity could “kill” their Telesto bolts, which would then count as necessary kills to progress the event and speeding it up. A similar issue, but way more serious, occurred when players could kill four bolts with a grenade while having the Enhanced Ashes to Assets mod equipped, which would provide them with full Super energy in seconds. Disruptive to say the least, and especially in PvP.

Year 1 was a fun time for Destiny 2 because of all the new things and bugs to discover, like the infamous Dodgeball Nova Bomb games in Mayhem. The glitch was triggered by holding a grenade to charge it and then casting the Warlock’s Nova Bomb Super, which would immediately recharge after that, ready to bring chaos and many kills in the Crucible. The community was upset, but on the other hand, it also labeled this occurrence as something funny. 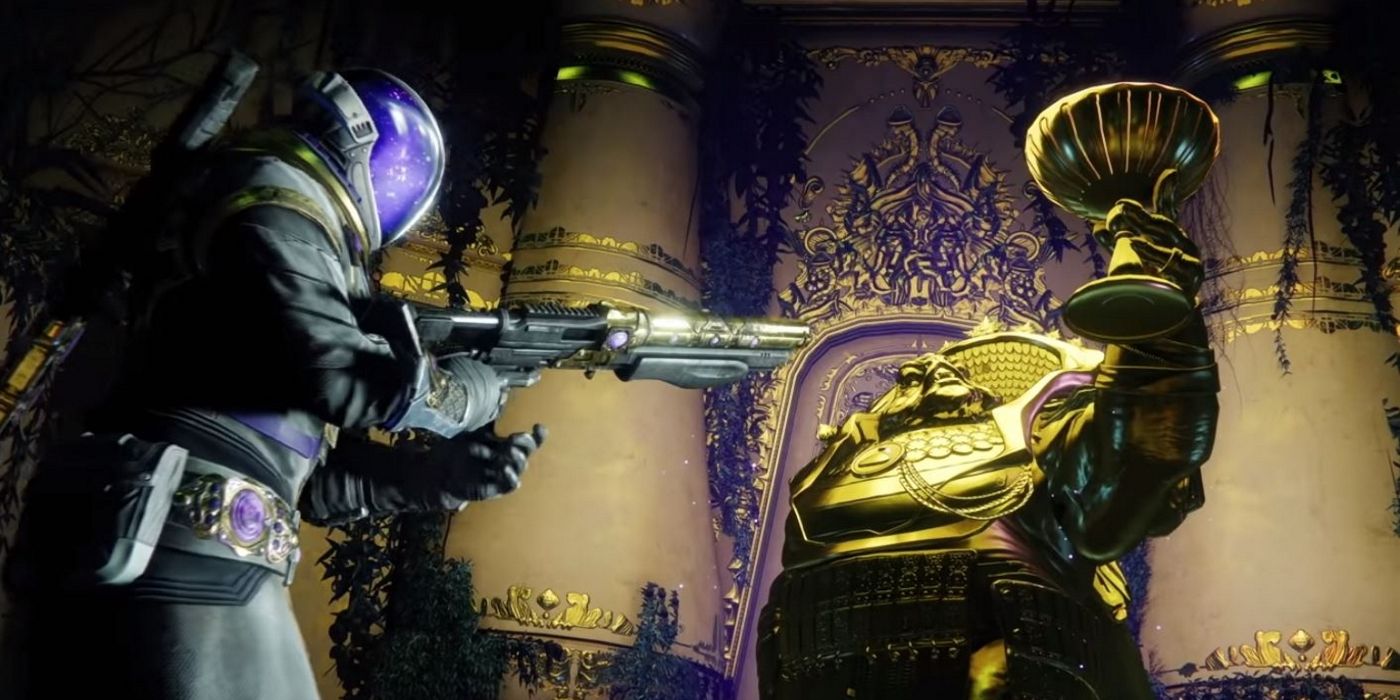 During the Season of Opulence, players could use the seasonal artifact during the Menagerie activity to obtain a reward of their choice from the final chest. Bungie intended for the activity to end after that, but in the 300 seconds that divided the opening of the chest from the activity’s end, players could run back and forth from the chest to another area, and back again. This allowed them to claim the Menagerie rewards 6 or 7 times before the actual end, and it took Bungie a long time to fix this, which then led to players not having many reasons to replay the activity after the nerf. 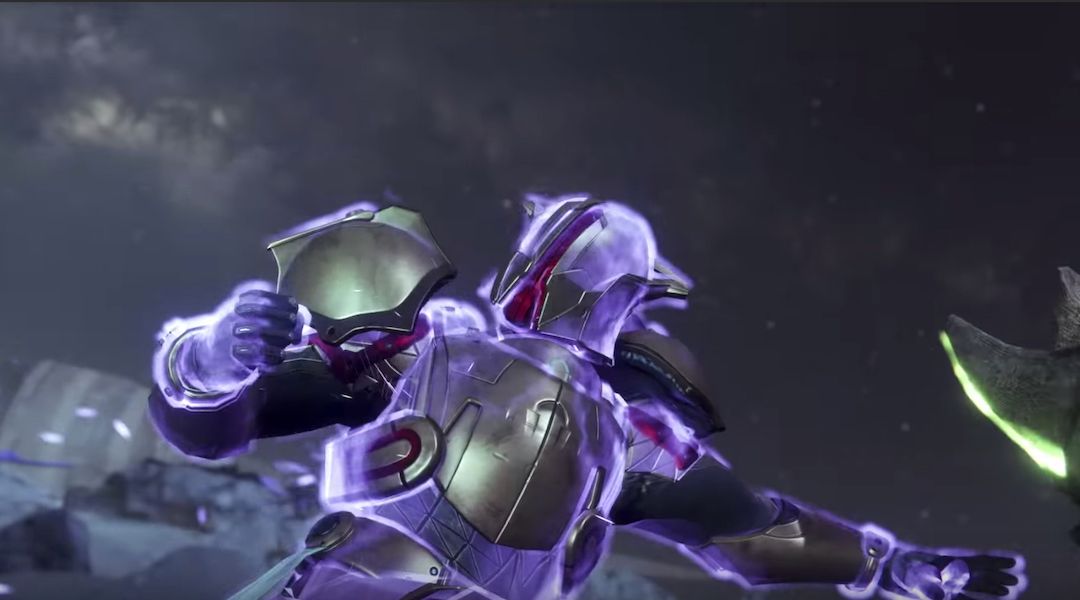 Shadowkeep introduced finishers into Destiny 2, which can be used to instantly kill an enemy below a certain HP threshold after a short animation. The problem is that they didn’t exactly work as intended, though, because players could “store” a finisher use to use it on a boss after a rapid melee attack. They didn’t outright die, but players could send the Destiny bosses into space with a single punch, and this included Raid bosses as well. Victory was easily achieved this way, and it was also hilariously glorious. 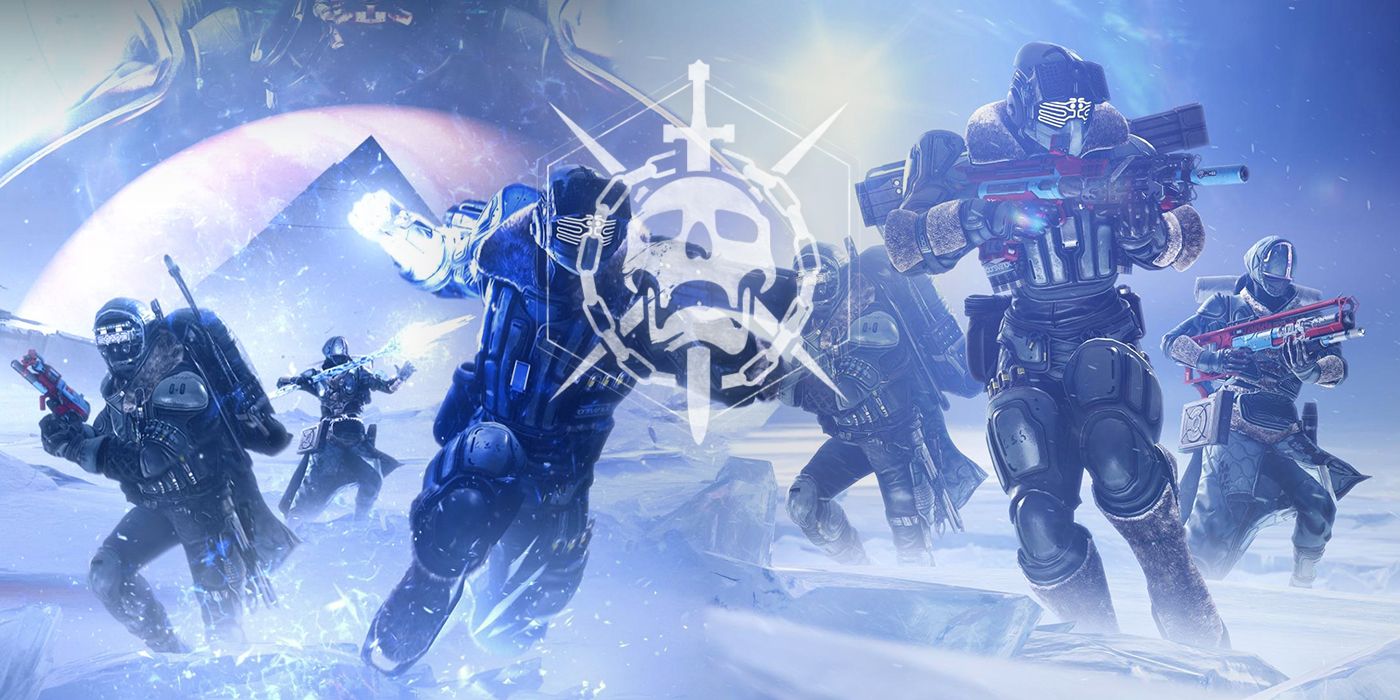 Back in February this year, a new Destiny 2 bug put 12 players in a single Raid, and the community quickly found a way to replicate this and cheese through hard content for a few days. This allowed for plenty of exhilarating moments for a lot of players, as the most fun part of all this was the sheer chaos of the experience, rather than the speedy loot. Entire Clans went Raiding together, and like the Laser Tag weekend, many players have been vocal about it becoming an occasional event for Bungie to run over the span of a weekend.

This amazing and extremely infuriating glitch allowed a few Destiny 2 players, specifically those who owned an Exotic emote called Coin Flip, to use it to trigger invisibility. This caused many players to angrily leave their Crucible matches out of frustration because a selected few could sneakily come up to them and score a kill. The Coin Flip glitch was also used to cheese extremely difficult PvE content, like Grandmaster Nightfalls or dungeons like the Pit of Heresy, and Bungie had to quickly disable the emote while looking into the issue.

This is one of the most recent glitches in the list, and it was discovered by a Fireteam testing 6 Two-Tailed Fox rocket launchers against the Templar, within the Vault of Glass Raid. YouTuber Luckyy 10P and fireteam took the Templar down in less than 4 seconds, even though the exact trigger method and whether this glitch can be replicated elsewhere remain unknown at this stage. There seems to be a bug with the way the actual damage numbers register on the Templar’s health bar, but the fact that the rocket launcher can be used to achieve this seems consistent. There are more glitches in Destiny 2’s history worthy of note, and there will most likely be more to come in the future, especially when The Witch Queen launches.