My Hero Academia Gets Cute in New Deku, Bakugo and Todoroki Art

You Are Reading :My Hero Academia Gets Cute in New Deku Bakugo and Todoroki Art 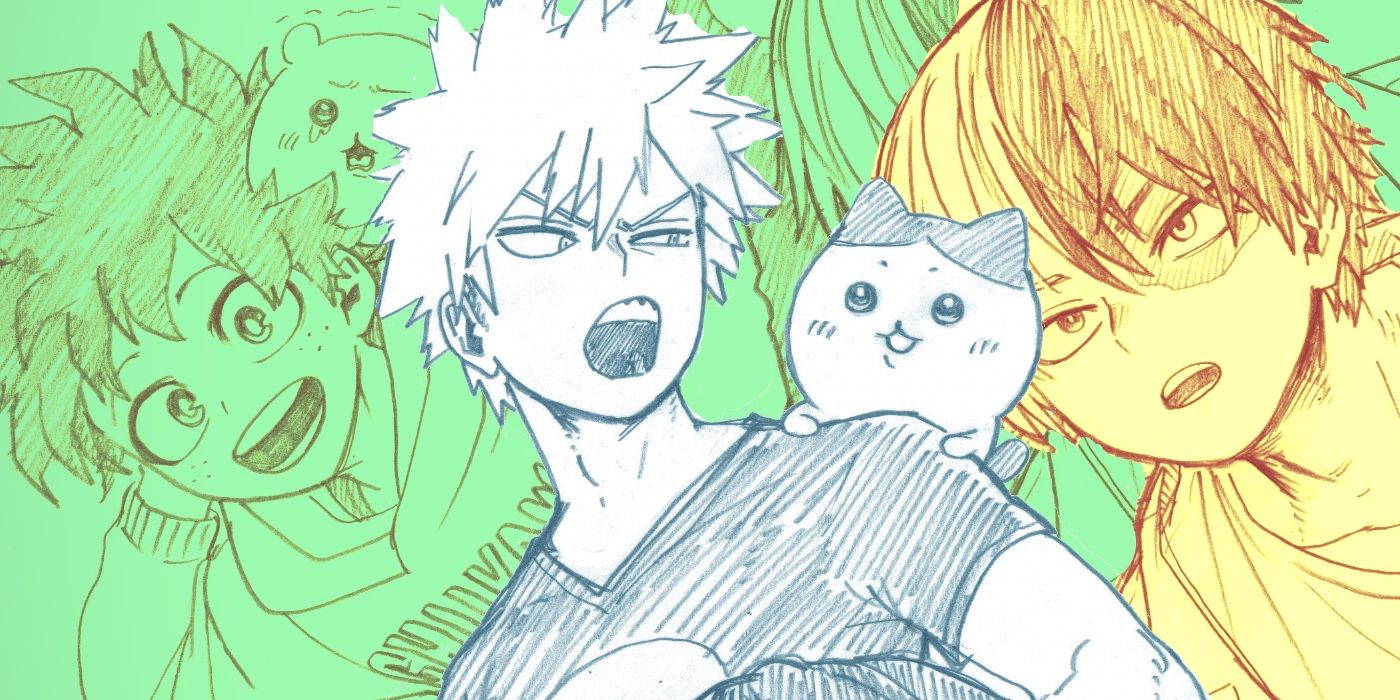 The new sketch was posted to the manga author’s personal Twitter account and shows the series’ central trio of aspiring heroes — the wholesome Izuku “Deku” Midoriya, tempermental Katsuki Bakugo, and the aloof Shoto Todoroki — interacting with the cute animal mascots of Chikawa, a manga series by artist Nagano. Horikoshi drew the picture as part of a crossover between his shonen series and Nagano’s cutesy comic strip, which is intended for younger audiences. Nagano’s side of the collaboration, which features the characters of Chikawa cosplaying as MHA’s superheroes, appears in the latest issue of Jump Giga magazine, which was released in Japan on May 2.

Chikawa, originally titled Nanka Chiisakute Kawaii Yatsu (literally translated as “Something Small and Cute,”) began with one-page, comic shorts that Nagano published online through their Twitter account. The series became so popular that it was eventually collected and released in print. Chikawa also recently released a collaboration with Sanrio and that company’s beloved stable of similarly adorable mascot characters. An animated adaptation of the shorts is scheduled to premiere sometime this year.

While everything’s cheery for Deku in Horikoshi’s new art, the idealistic young hero is currently facing down some of the biggest fights of his life in both the manga and anime. In the manga, Deku is currently on his to his final confrontation with All For One, while the upcoming sixth season of the anime will adapt the explosive Paranormal Liberation War arc, which will feature the next long-awaited showdown between the hero and his rival, the newly power-boosted Tomura Shigaraki. The sixth season of the anime is scheduled to premiere sometime this fall, but attendees at this year’s HeroFes will get to watch the first episode of the season months before the rest of the world gets to see it.

My Hero Academia began its unique take on traditional superhero comics in Weekly Shonen Jump in 2014. The manga has become one of Shonen Jump’s most popular currently-running series, with 65 million copies in circulation worldwide. While the franchise-best success of 2021’s World Heroes’ Mission proved that Horikoshi’s superhero epic is just as popular as it ever was, the author announced late last year that he was planning on concluding the story sometime before the end of 2022. The manga is currently on the series’ final story arc.

The first five seasons of My Hero Academiaare available for streaming on Crunchyroll, while the original manga is published in English by VIZ Media.